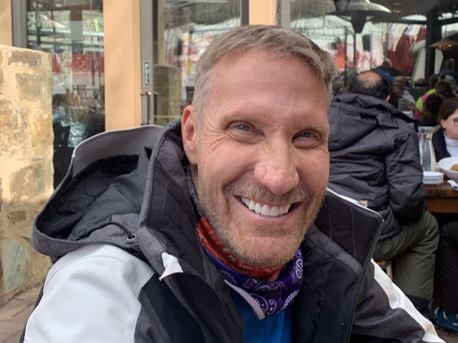 Today we’d like to introduce you to Curt Stahl.

Thanks for sharing your story with us Curt. So, let’s start at the beginning and we can move on from there.
I began my lighting design career in 1992 and later, in 1994, became co-owner of Images By Lighting.

Before I joined the company, I was selling industrial real estate. From that, I gained the tools to understand contracts and the art of negotiating but I never found a passion for it. Then I met Ray Thompson, who had started Images by Lighting in 1982. At the time the company was Images Event Production.

I came on as a salesperson selling event services that ranged from décor, floral, location scouting to complete event production. The company was small then and there was a lot of opportunity to make a difference. The special events industry was fairly new and I was excited by the possibilities.

Shortly thereafter – about a year in — we decided to restructure the company to specialize in lighting which was and always has been our passion. We sold off all the event production assets, moved the lighting equipment into a garage of a home office and began to rebuild from there.

It was the right move. Today we are a multiple award-winning full-service lighting production company with a stellar reputation that attracts high-profile events and producers.

We currently employ 15 full-time staff and can scale up to 50 contracted lighting technicians when needed. Roughly we do lighting for between eight and 15 events a week ranging from weddings to corporate events. Many are produced for big names in the tech, entertainment, and social worlds.

My favorite part of what I do is using lighting to recreate environments to give guests a completely transformational experience.

The best example of this is the Adobe conference where about 10,000 of their users and employees come together for meetings at day. At night, the one big event is known as Adobe Max and one of my favorites took place at Embarcadero Park in San Diego. This was a massive, outdoor event. We worked with the event producers to translate their vision of a high-end arts and music festival. Using a series of different lighting techniques and effects, we created defined pockets of art, performance and experiences along the lines of Burning Man – only a lot less sand!

Another great event was one of the premieres of Game of Thrones. We worked on every GOT premiere other than one. Season Seven was a big one for HBO as it was kicking off the beginning of the end. At that event, held on a rooftop across from the Walt Disney Concert Hall, the night sky was lit up with imagery projected on the Concert Hall. We created an art gallery feeling at which guests could view custom costumes that were inspired by the show and recreated totally from paper. We had to provide museum lighting outside at a massive event for these glassed-in displays, as well as provide sexy lounge lighting, a dance floor and stage area and create an overall texture to the event using lighting.

We’re always bombarded by how great it is to pursue your passion, etc – but we’ve spoken with enough people to know that it’s not always easy. Overall, would you say things have been easy for you?
While there haven’t been huge challenges, there are been many gradual challenges in the 27 years that I have done lighting design. These involve keeping up with an ever-changing technology, especially given the changes in energy policies. But most of it has to do with managing client expectations of what is possible with what is available to the marketplace.

A good example of this is 3D imagery and what is and isn’t possible yet. When concert goers first saw a holographic image of Tupac, our clients wanted that technology at their events. While much of what we see now at events first came through the music and theater scene, it doesn’t always translate immediately. Much of it is site-specific and very expensive in the beginning.

It raises the bar on visual vocabulary and what is possible. And often we can find workarounds that aren’t cost prohibitive but still give that never-been-seen-before effect. Three-dimensional video mapping is a great example of something that many people still haven’t seen – an image that moves on a dress, or a building that can morph and undulate with imagery and choreographed music. All this is possible now at a high-end level.

So let’s switch gears a bit and go into the Images By Lighting story. Tell us more about the business.
It’s clear on the surface that our business is lighting design. But we are also designers of an emotional experience. Think of an event and how it flows. The most simple example is a dinner with a cocktail party and dancing. It might begin at sunset, lighting is soft and glowing. The lighting is there, enhancing the architecture but isn’t noticeable yet.

During cocktails, it begins to glow with warmer tones. It mirrors the feeling of the guests – excited to see one another, excited for will happen next. At dinner, the room cools down, to allow for interaction. The lighting might even sequence in soft tones from warm to cool as the day does. After dinner, the lighting shifts into high energy tones, along with all the lighting techniques that make people want to get out of their seats – moving lights, sequencing lights, refractions of prisms that make the space appear to move, and our favorite, textured patterns over the dance floor to give another layer of design.

The best way I can describe it – whether a wedding, a Game of Thrones premiere or a tech conference, is that lighting is one element that can transform an environment into an experience. Without lighting that is immersive and responsive to the emotions then all we have is flat lighting that only shows a one-dimensional space.

How do you think the industry will change over the next decade?
Technology is changing fast with 3D effects, holograms and Virtual Reality. Lighting will be a big part of the integration of this technology.

We’ve been part of some large 3D video mapping projects – most recently the USC Village Gala – at which our lighting was used to not only define the space at the end, but to blend the mapped areas in with the existing architecture. The result was stunning and won a prestigious industry award.

Changes in entertainment will also affect lighting design and the nature of the industry as we know it now. There are some projects in the works for a year out that are completely immersive sensory experiences, like the holodeck on Star Trek, that will bring Virtual Reality and Artificial Intelligence together with 3D mapping and lighting.

Recently in Paris they created a Monet exhibit out of video projections so the visitors become part of the painting. This type of technology will move into the special event world soon. They might be private events, but more than likely, they will be ticketed events that enable a wider audience to experience them.

We’re looking forward to what partnerships with technology-based designers and artists will bring to both our lighting design and events in general. How amazing would it be to walk into an environment and have it turn into another planet or rainforest? Years ago, I would never have believed it possible. Today, it’s just beyond our fingertips. 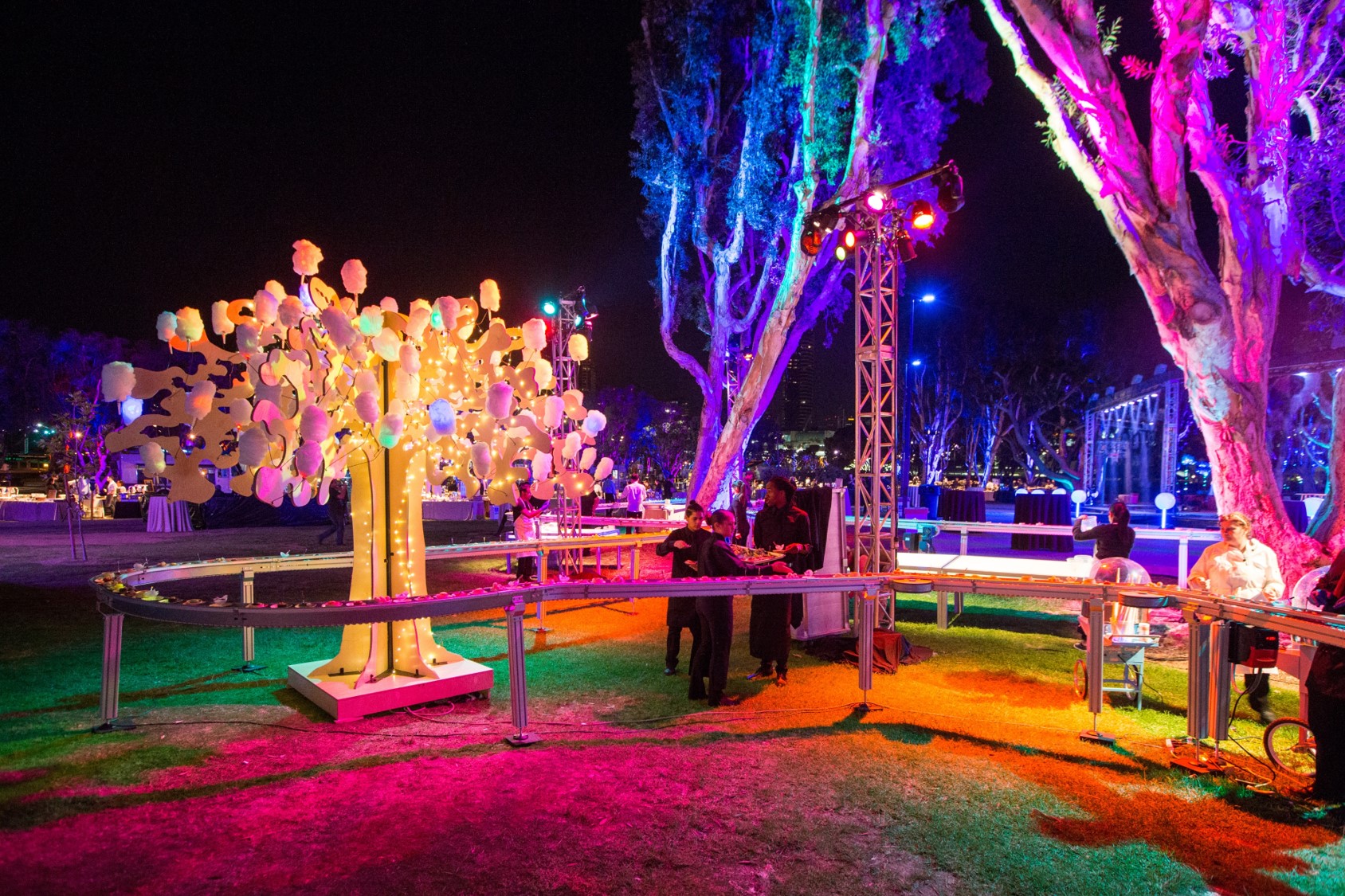 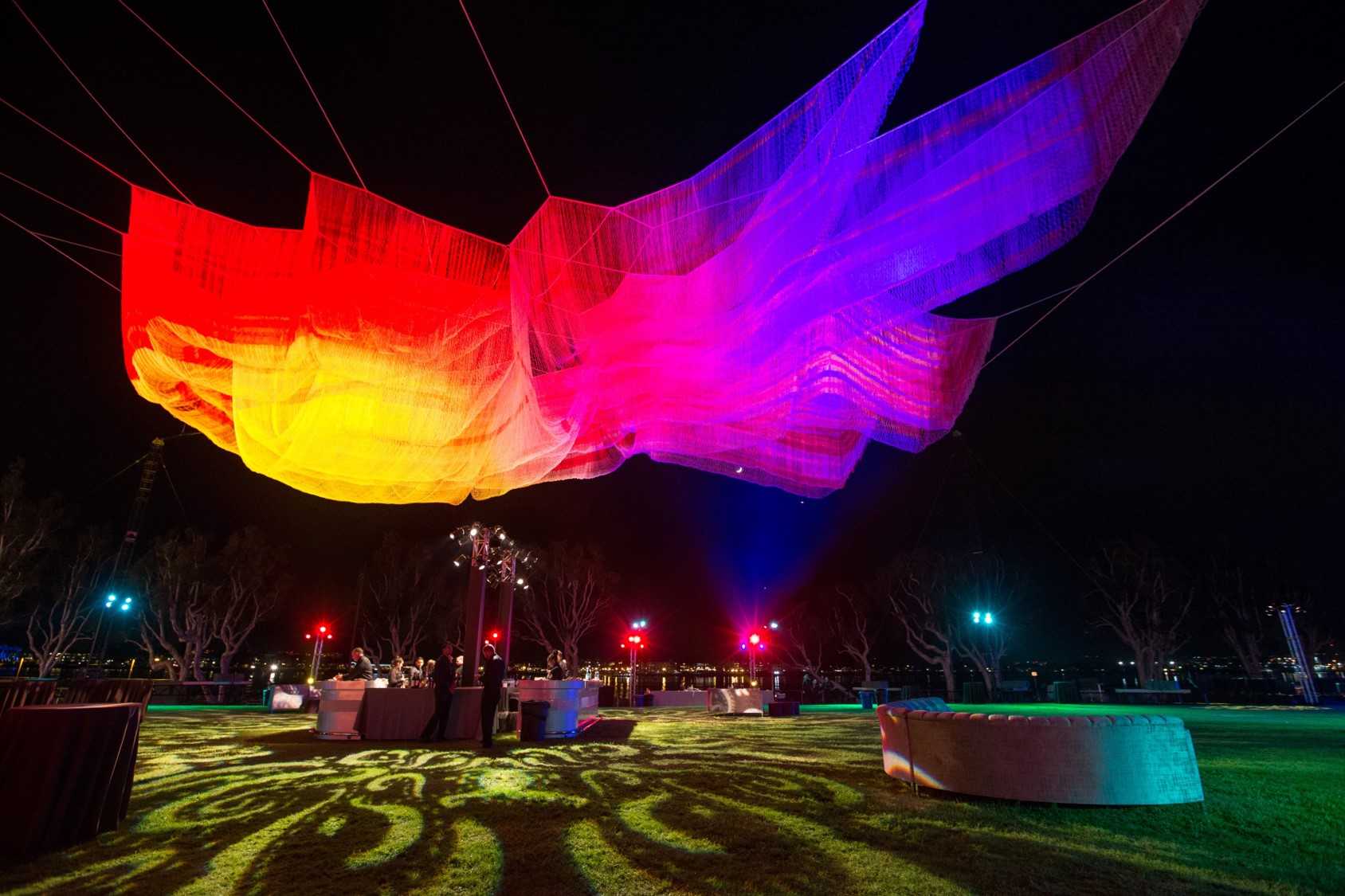 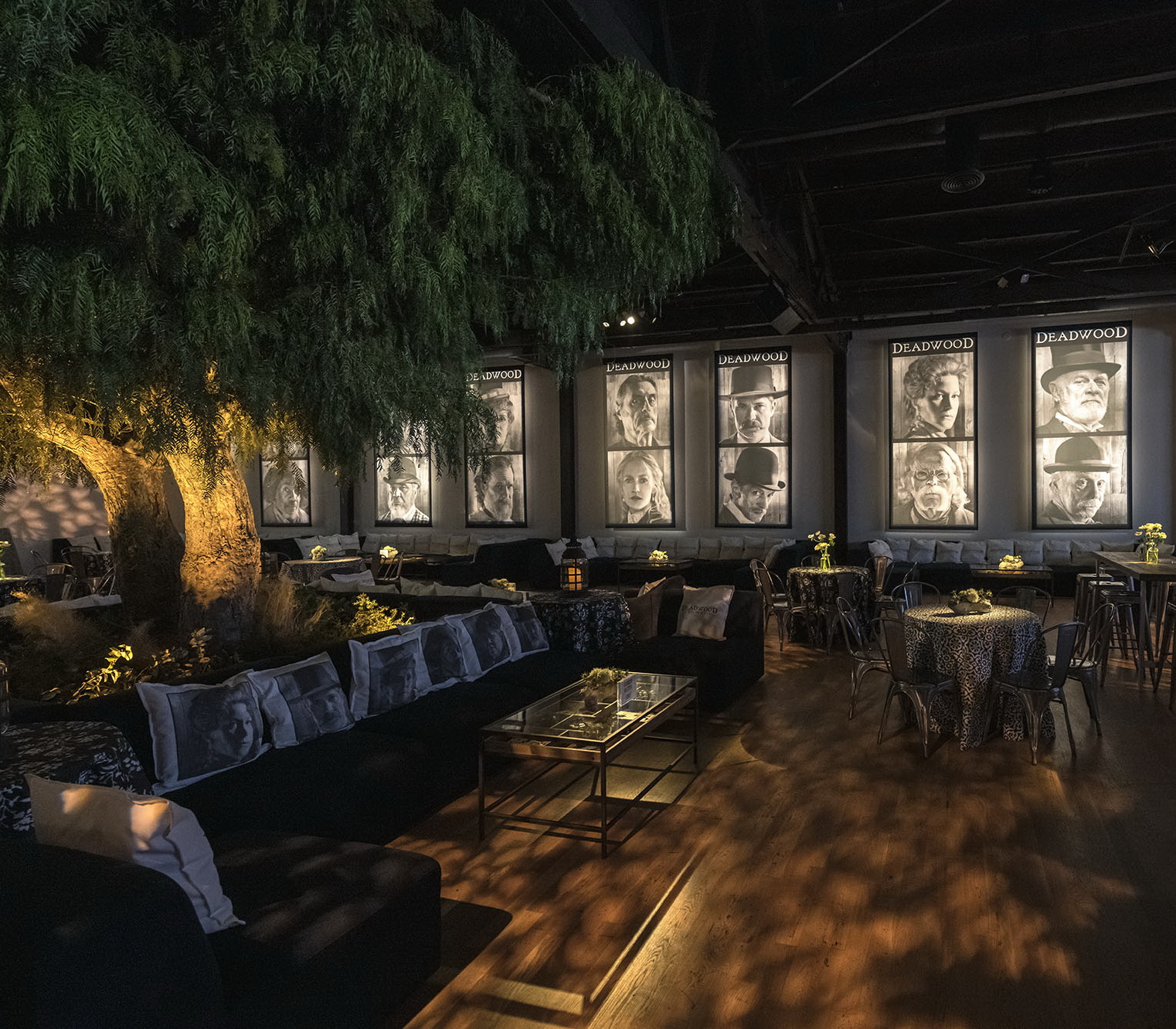 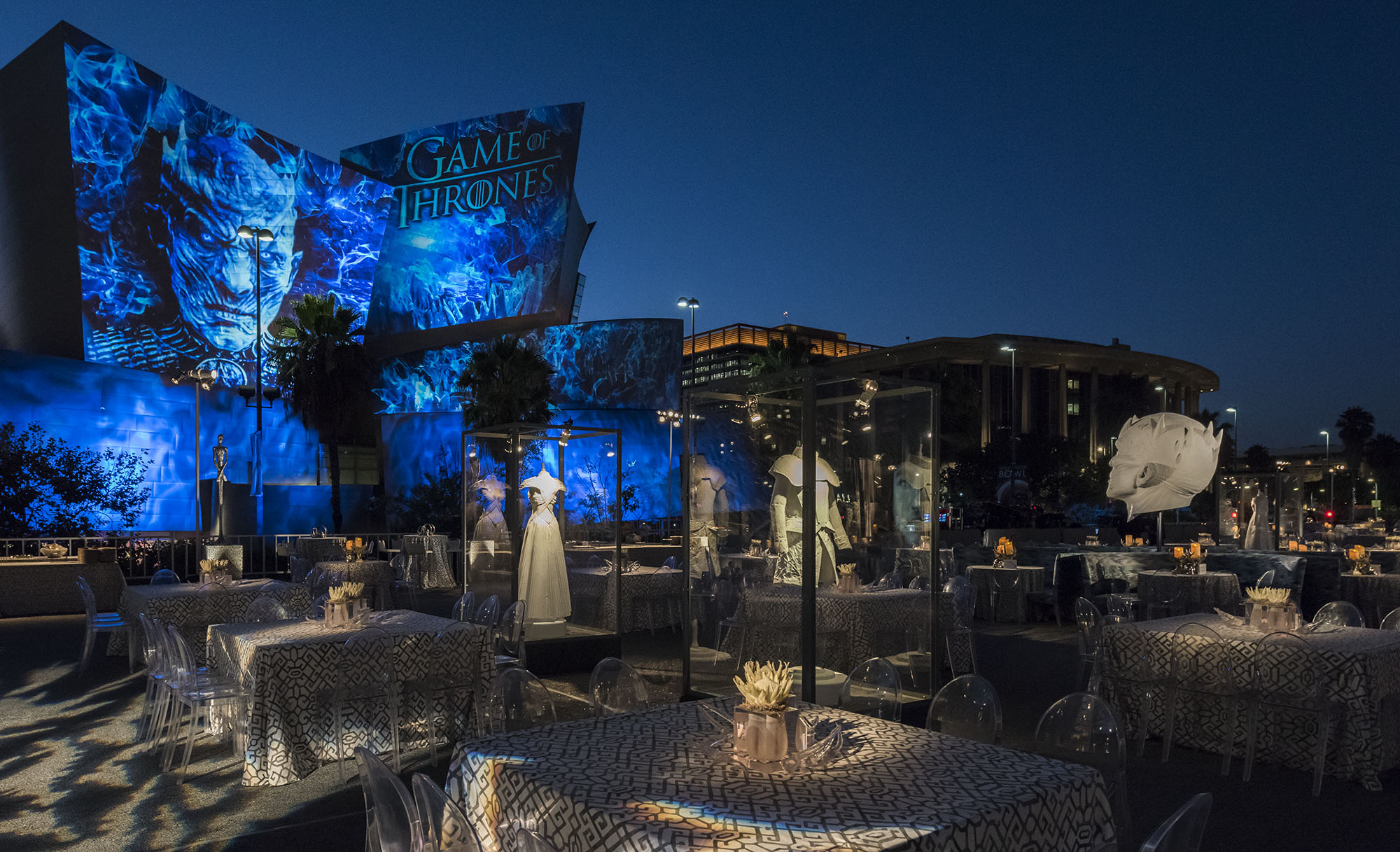 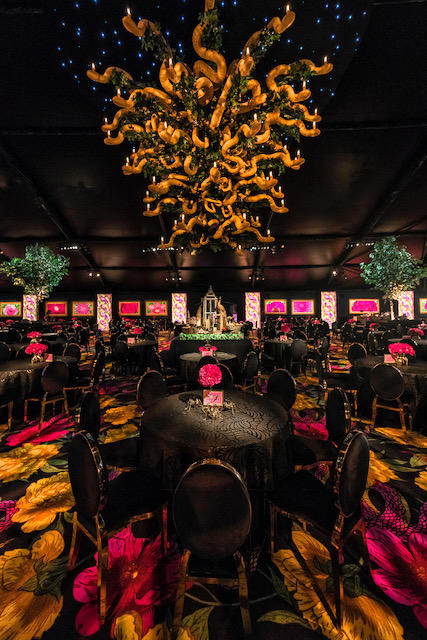 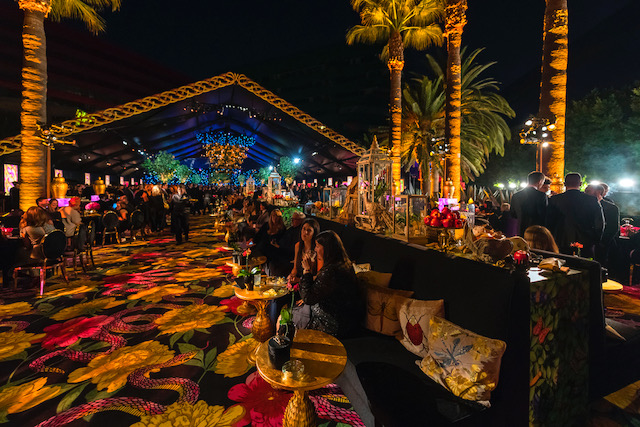 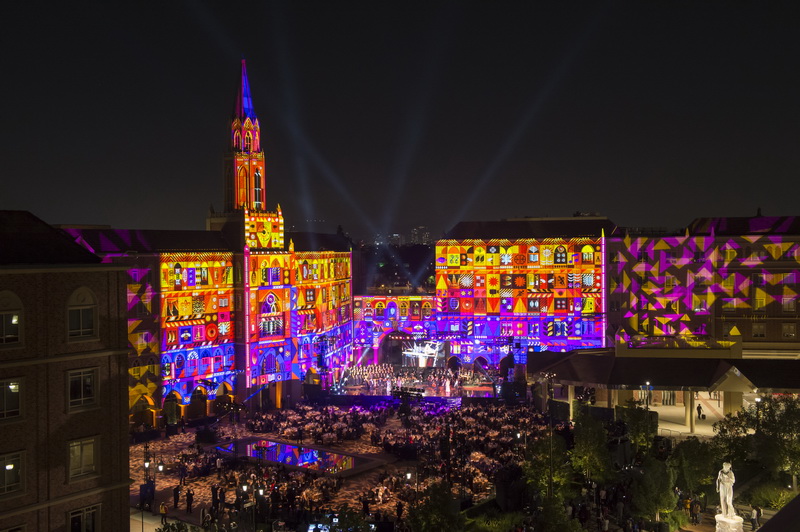 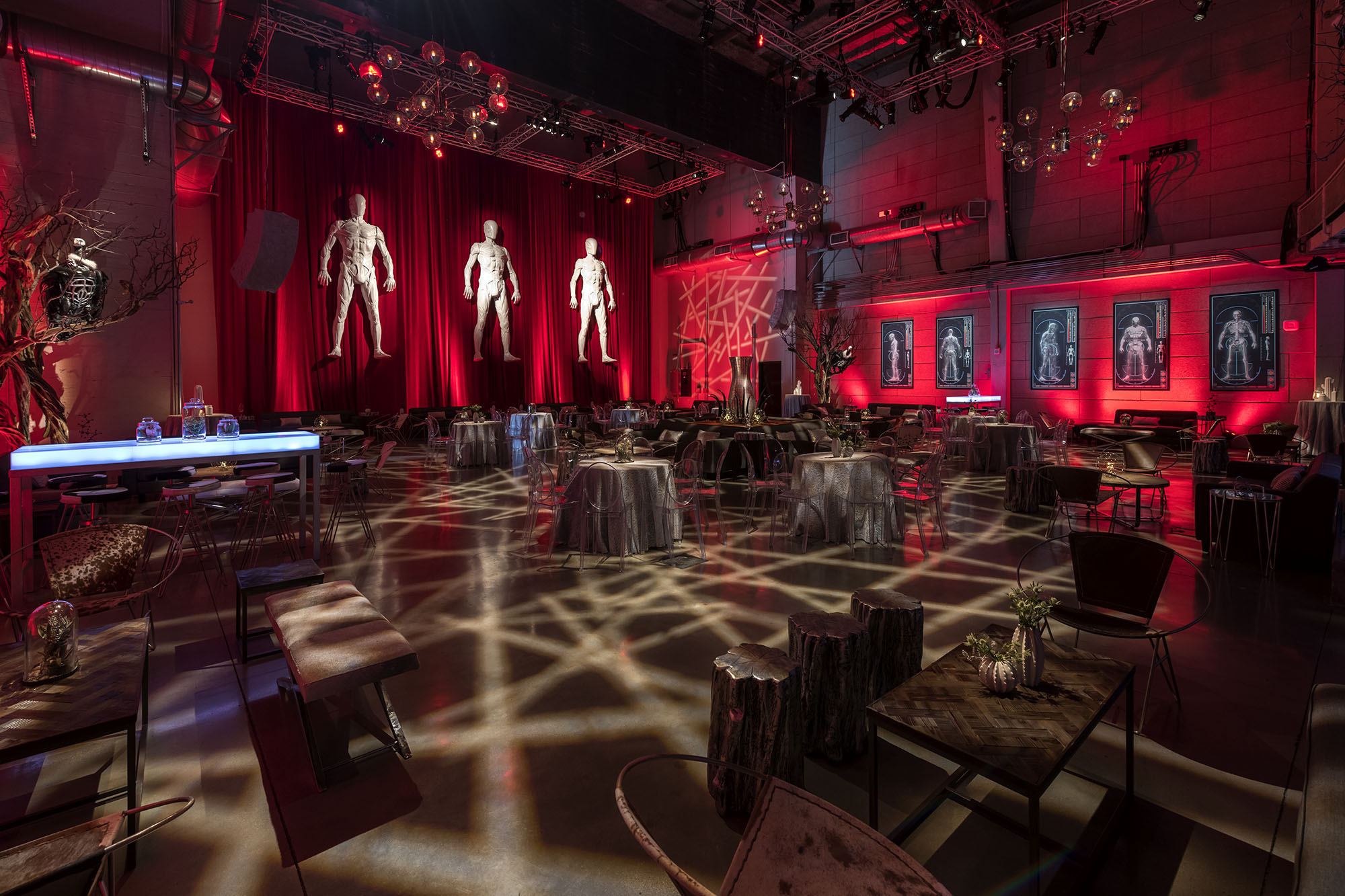 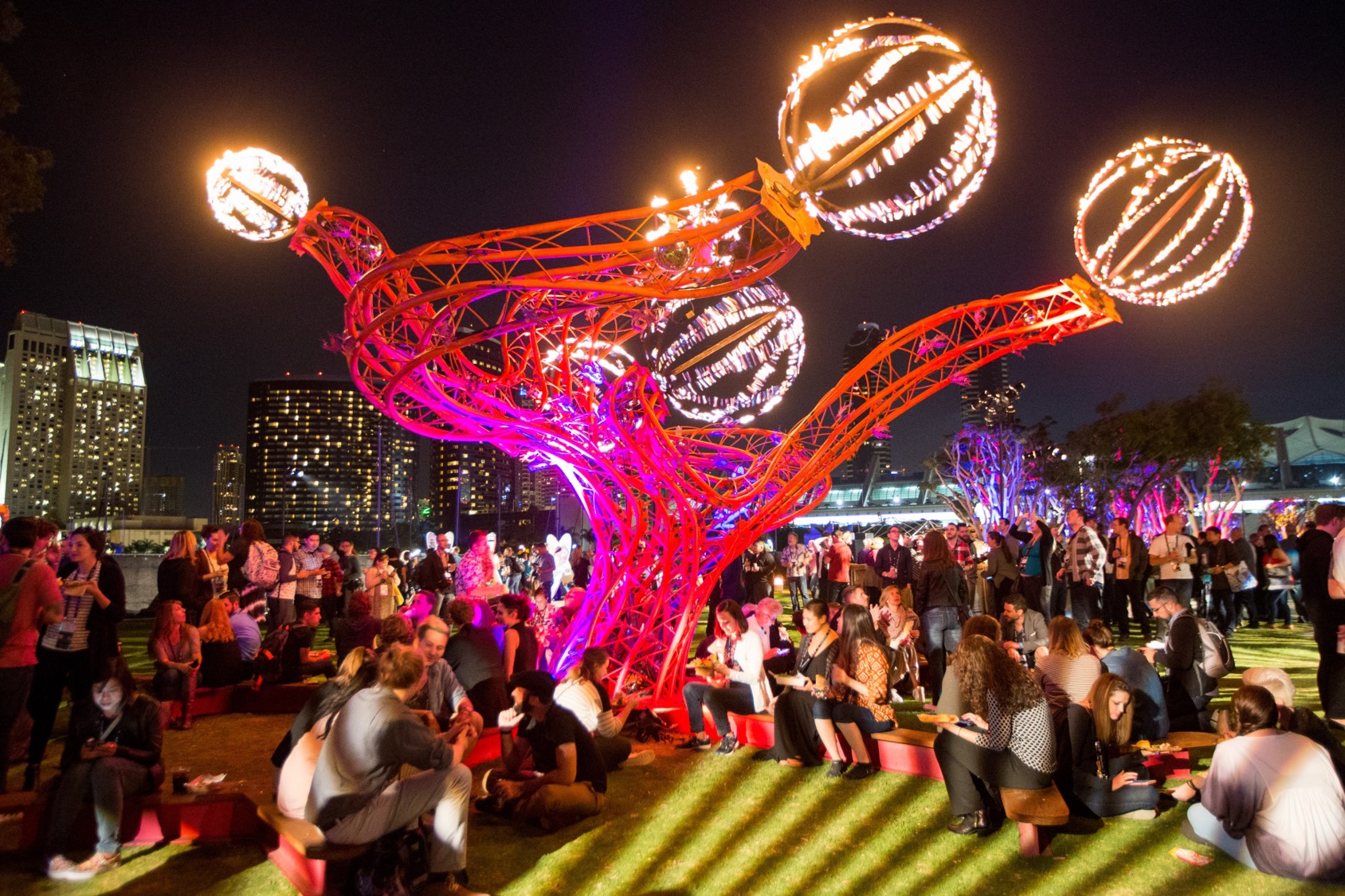