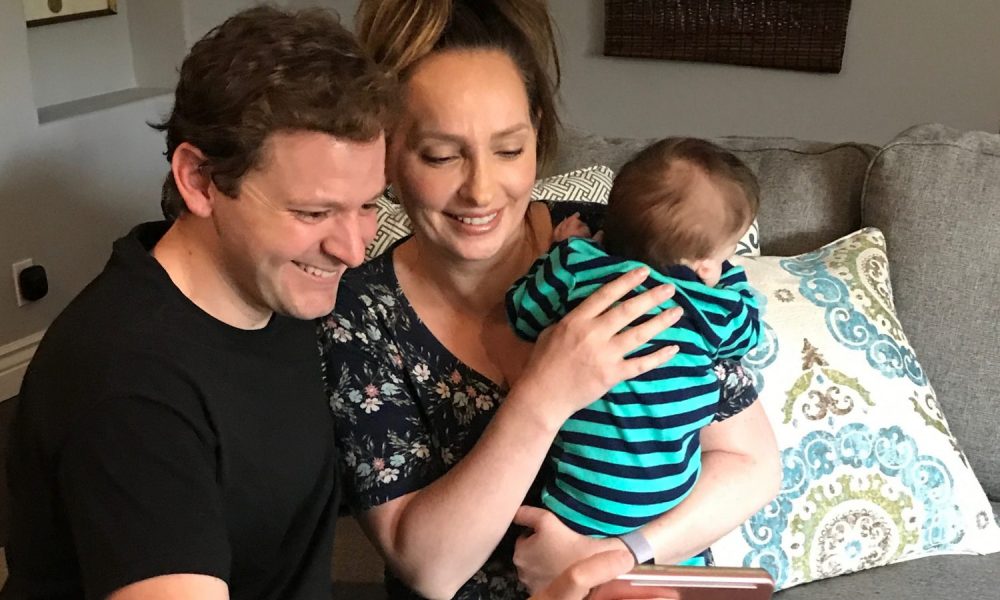 Today we’d like to introduce you to Crystal Kouri-Reynafarje.

Crystal, please share your story with us. How did you get to where you are today?
THE DELIVERY
Surprise – your baby was born with Treacher Collins Syndrome!
Your delivery wasn’t the beautiful experience that you had expected… you may have had a lot of warning signs during the pregnancy that may have been overlooked and you feel let down by your doctors. You probably labored for days in the delivery room – probably much longer than what is considered to be normal. And then, all hell broke loose.

You are not alone.

Here were my experience and the raw feelings I had at the time that I gave birth to my beautiful baby boy, PJ.
FINALLY!!! I was induced because of severe polyhydramnios, and FOUR days later, PJ finally came out! His dad and I were both crying with joy and relief. They put him up on my chest for the first time. The doctors and nurses did a double take and immediately took him back. Being our first baby, we were so confused as to why they would take him back?!?! We hadn’t even seen him yet. What was wrong??? They kept him in the room for a few minutes as dozens of people were rushing in and out. And then everyone rushed out with him.

My husband followed and came back a few minutes later repeating their words… “Treacher Collins”.

Treacher Collins? I don’t know what that means??? As I’m still crying on the delivery table with my lifeless legs in the stirrups, my husband googled Treacher Collins. Google is a very scary place. We were bombarded with all kinds of images of the most severe cases. Scary, considering we hadn’t really seen the baby yet.

I lost it! Lost it on a level I have never experienced before! Complete hysteria set in. I remember apologizing to my husband thinking that I had done something wrong. Was I too old? Did I work too much? I did my fair share of complaining… was the universe/God punishing me for taking my pregnancy for granted?

My husband invited my parents and sister into the room to calm me down. They knew when the baby wasn’t there that something was wrong but didn’t understand why I was so upset. Everyone was silent as my husband read them the definition of Treacher Collins as written by Wikipedia. They just looked confused as he read a bunch of complicated medical terms.

I finally said, “show them…” I’ll never forget the looks on their faces. Shock, silent, awkward and scared. Is this what I will see for the rest of my life when people look at my son?

At this point, everyone was in tears and trying to console me as I hysterically rattled off all of my concerns for his future – acceptance, friends and most of all, bullying. Medical needs can be treated and overcome, but emotional scars are so much more severe. Why would the universe/God punish my child? Why would the universe/God allow this child to be born into such cruel emotional circumstances and medical hardships?
I completely shut down. I didn’t want to talk to anyone. Locked me away and cried for two days straight without sleep or food. I had publicly posted about going to be induced on my social media accounts. Shut it all down! I deleted everything and hoped people wouldn’t notice because I was in no condition to explain the circumstances.

When my husband finally talked me into going to see the baby, he didn’t look so bad. Cosmetically, he is a mild case, which was relieving, but he still has the classic medical problems that Treacher Collins babies have to endure (breathing, eating, and hearing). The bigger issue is that I wasn’t feeling a bond with him. It’s hard enough for a new mother to feel a bond, but then adding stress and emotional trauma to the equation, accompanied by a deformity and it’s nearly impossible. What I mean by deformity is that you want to see some kind of resemblance in your child and it’s very difficult with a deformity. For example, imagine your baby coming out a different race. With such a different appearance, you would have a hard time believing that this is your child, therefore making it difficult to bond.

Not feeling that bond was something I never admitted to anyone but it was obvious. I kept finding excuses to let my husband go visit the baby without me. And even when I did go, I would hold him and it just felt awkward.
First of all, don’t let anyone make you feel guilty for not feeling a bond right away. Don’t be pressured. Everyone processes feelings in their own time. But I will say to keep trying to go visit. One time, out of nowhere, and for no reason, it just happens. Instantaneously, you’re in love. Still scared as ever, but in love!! This child is now YOUR child and you were meant to protect and nurture them. And if you’re not ready to talk publicly about it yet – DON’T! Have someone take your phone and let people know the circumstances and that you need some space. You can announce the baby when you’re ready!

Secondly, you did nothing wrong! In most cases, Treacher Collins is just a rare genetic mutation that happens at the time of conception and is nobody’s fault!

WHERE ARE WE NOW
PJ spent the first nine weeks of his life in the NICU. He had a mandibular distraction and a Gtube placed before he was allowed to come home. He has three more major surgeries this year… one to repair his cleft palette, one to remove the hardware in his jaw, and one to remove his skull, reshape it, and replace it with a plate to treat his recent Craniostenosis diagnosis. PJ also needs a BAHA hearing device which is not covered by insurance.
While posting about his hearing device on Instagram (a platform that I use to communicate with other TCS moms while spreading a bit of kindness), Natalie, owner of Le Petit Cirque, suggested that I do a “Go Fund Me” page to raise the money for his BAHA. I was reluctant to that idea so she suggested doing a cirque show to raise the money. I found that idea more acceptable because we would not only be raising money for PJ’s medical expenses, but we would also have the opportunity to raise awareness.

Circus performers were often ridiculed and called “freaks” as they were part of a spectacle called the “freak show”. Today they are embraced and admired for their talents and differences. The Cirque show and the history of its performers align perfectly with the message that we are trying to portray which is why I felt that it had a greater purpose than just raising money for a hearing aid.

Being in the entertainment industry for 20 years, I decided to do my best to use my contacts to grow the show…and the show has now grown to epic proportions!! We have been working around the clock, not only to put on a great show but to drive home the Choose Kind message. We are so honored that Jono Lancaster will be flying in to speak at the event and we are thrilled to have Erica Mossholder speak as well. We also have a lot of celebrity attendees and contributors including some of the cast of Wonder.

Considering the show’s success and recognizing the importance of giving back, I decided to donate a percentage of the proceeds to CCA and the Love me, Love My Face Foundation. As a thank you to Nathalie, my handy husband and father also built new wooden platforms for Le Petit Cirque’s theatre chairs to create stadium seating for their studio.

It has been a whirlwind of selfless people helping other people and working together to create something beautiful and heartfelt. It has been a wonderful experience and I will be so proud to one day tell my son that he was the inspiration behind this magical show.

Has it been a smooth road?
Having him a special needs child is always a struggle. For everyone involved. It changes the family dynamic. Relationships change… friends are afraid to call because they might upset you or get caught up in an emotional conversation. People don’t want to invite you out because they’re afraid you will be a downer. People don’t want to work you anymore because they feel you might be less reliable or you have enough on your plate (even though now is the time when you may need money the most due to medical bills).

So let’s switch gears a bit and go into the Crystal Kouri – Hair and Makeup story. Tell us more about the business.
I am a celebrity hair stylist and makeup artist of 20 years. I have attended the best schools and apprenticed for the best in the business including Mary Phillips. I have built my own client roster and worked as key hair/makeup on many different sets 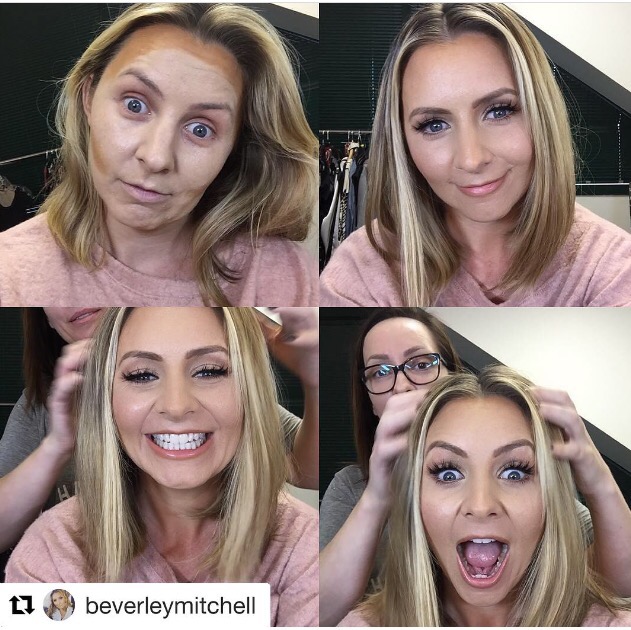 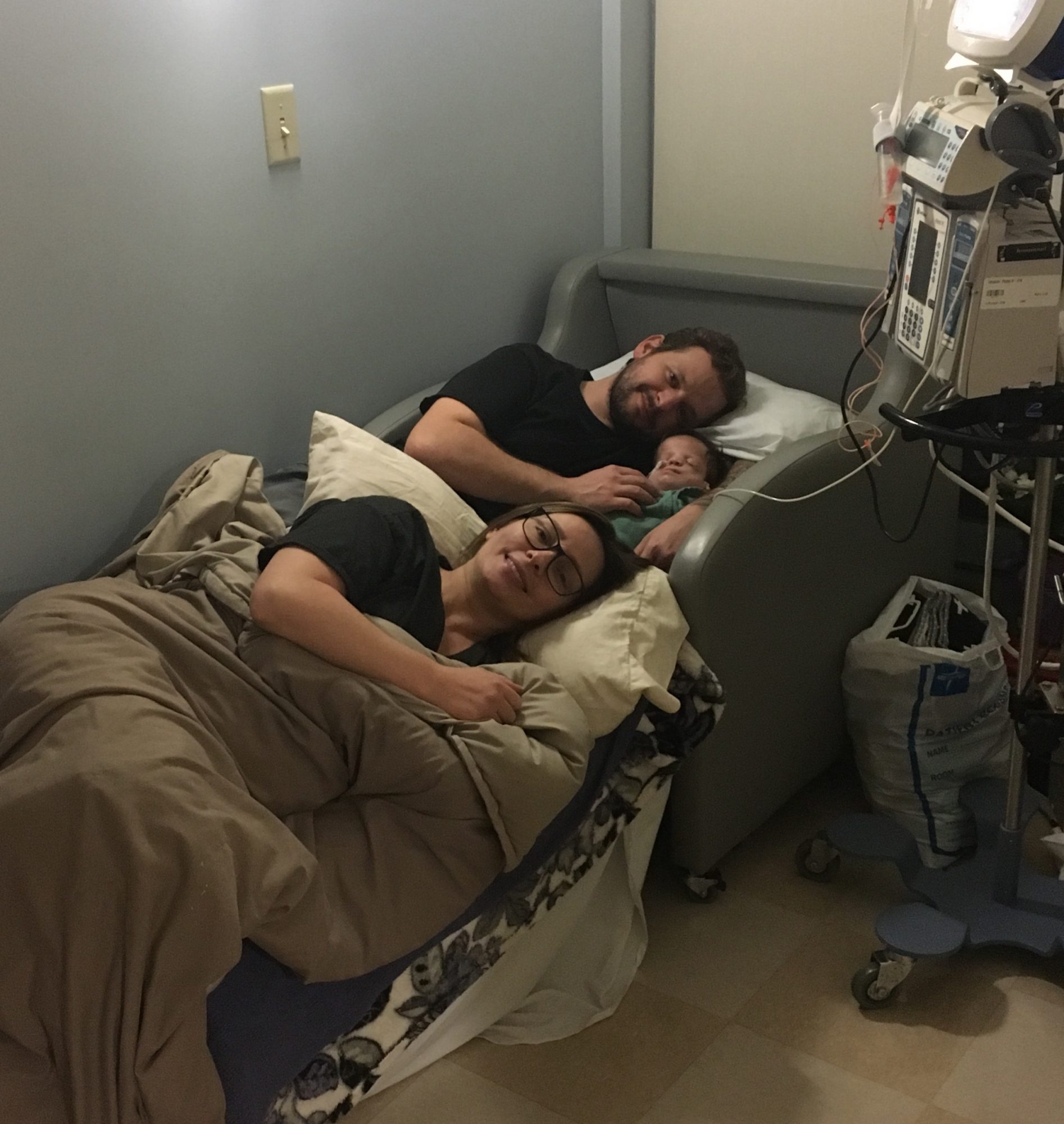 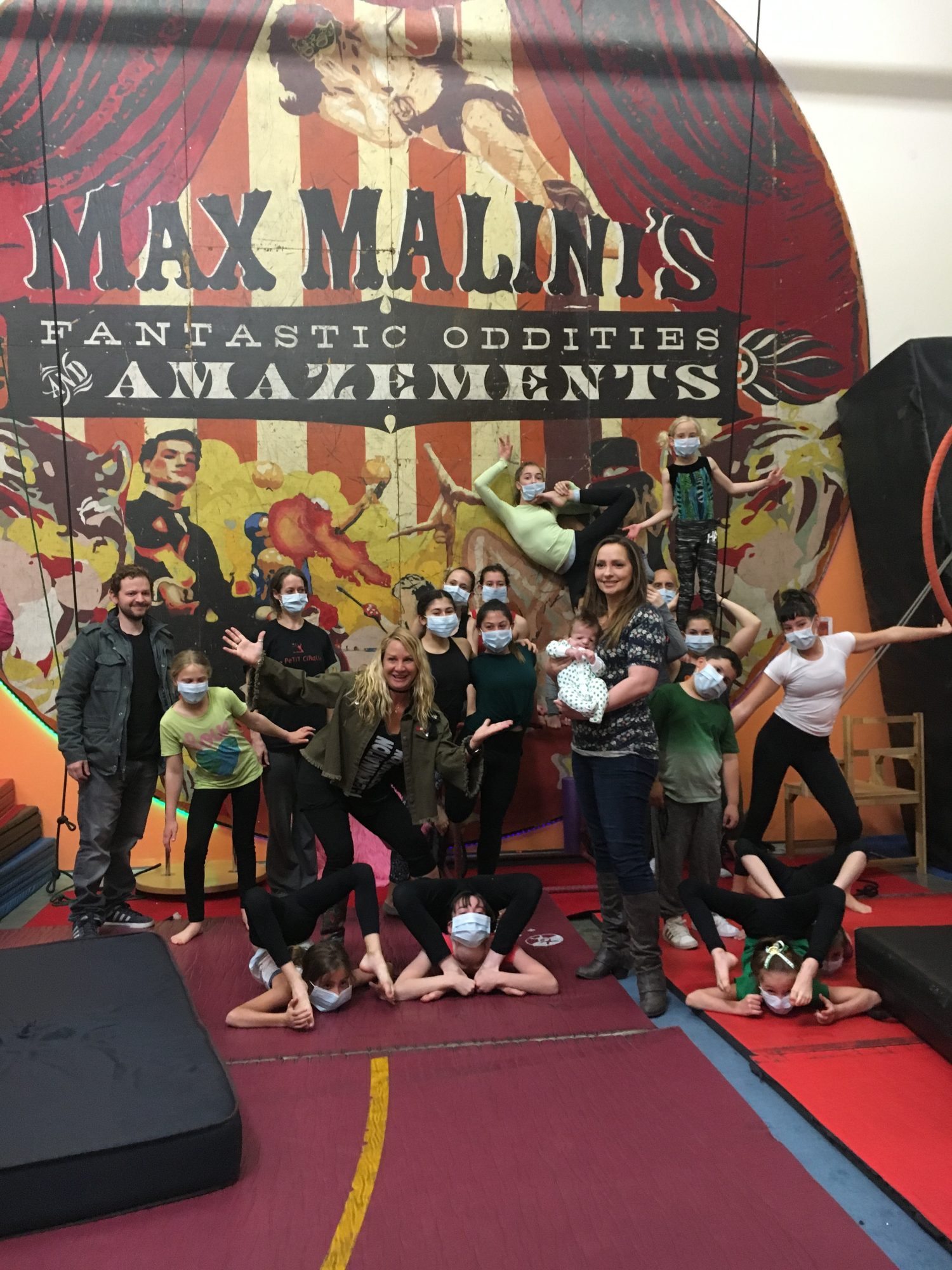 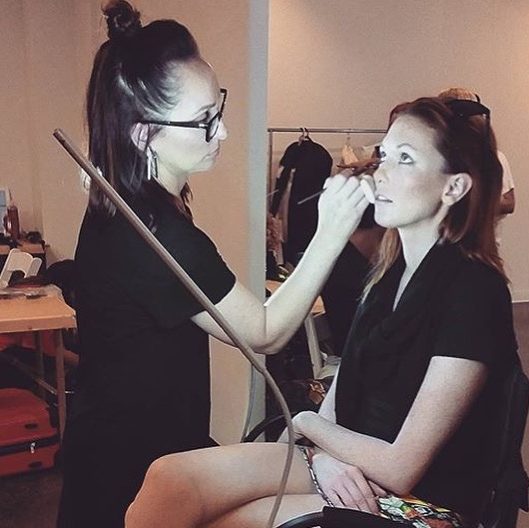 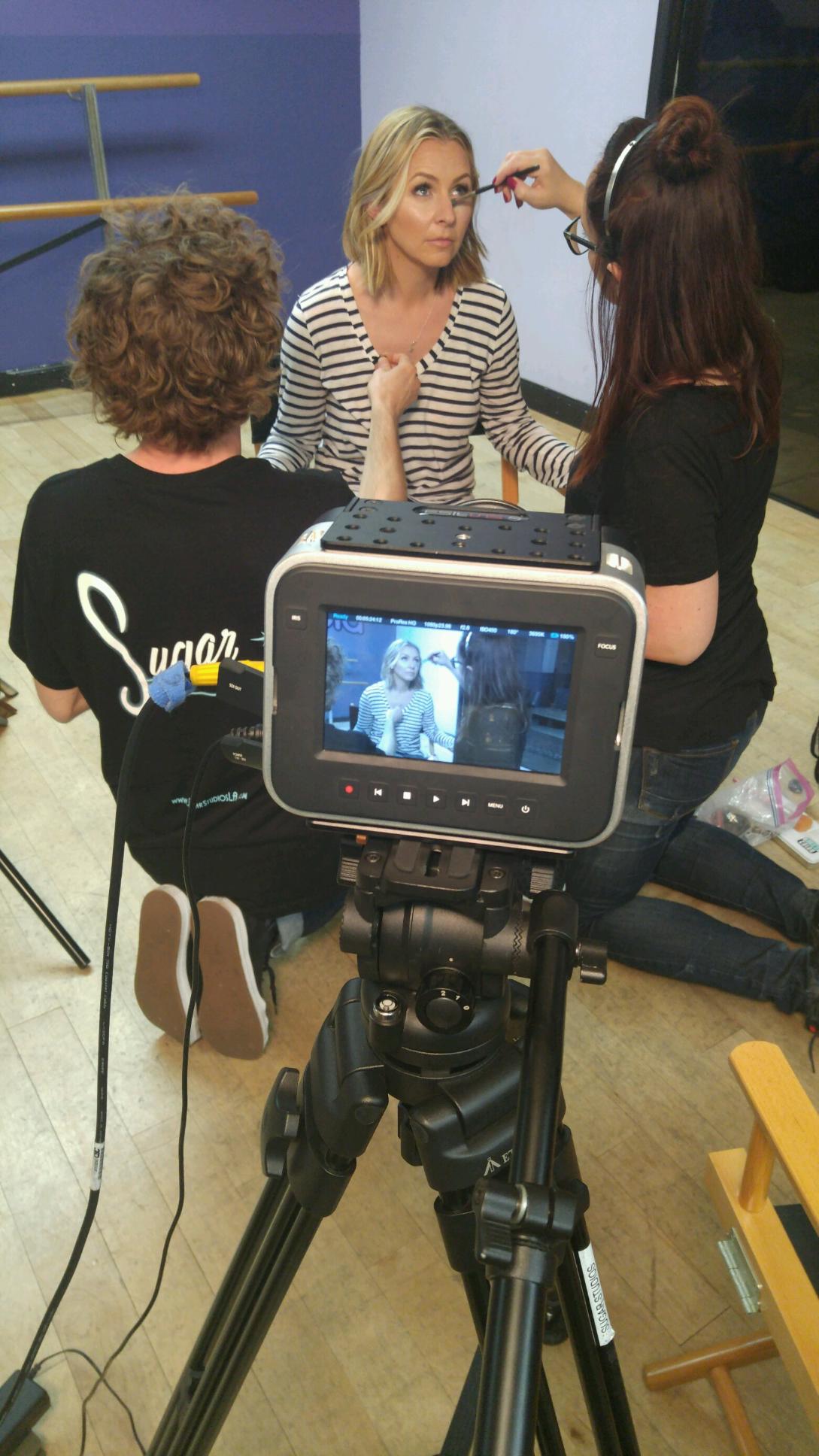 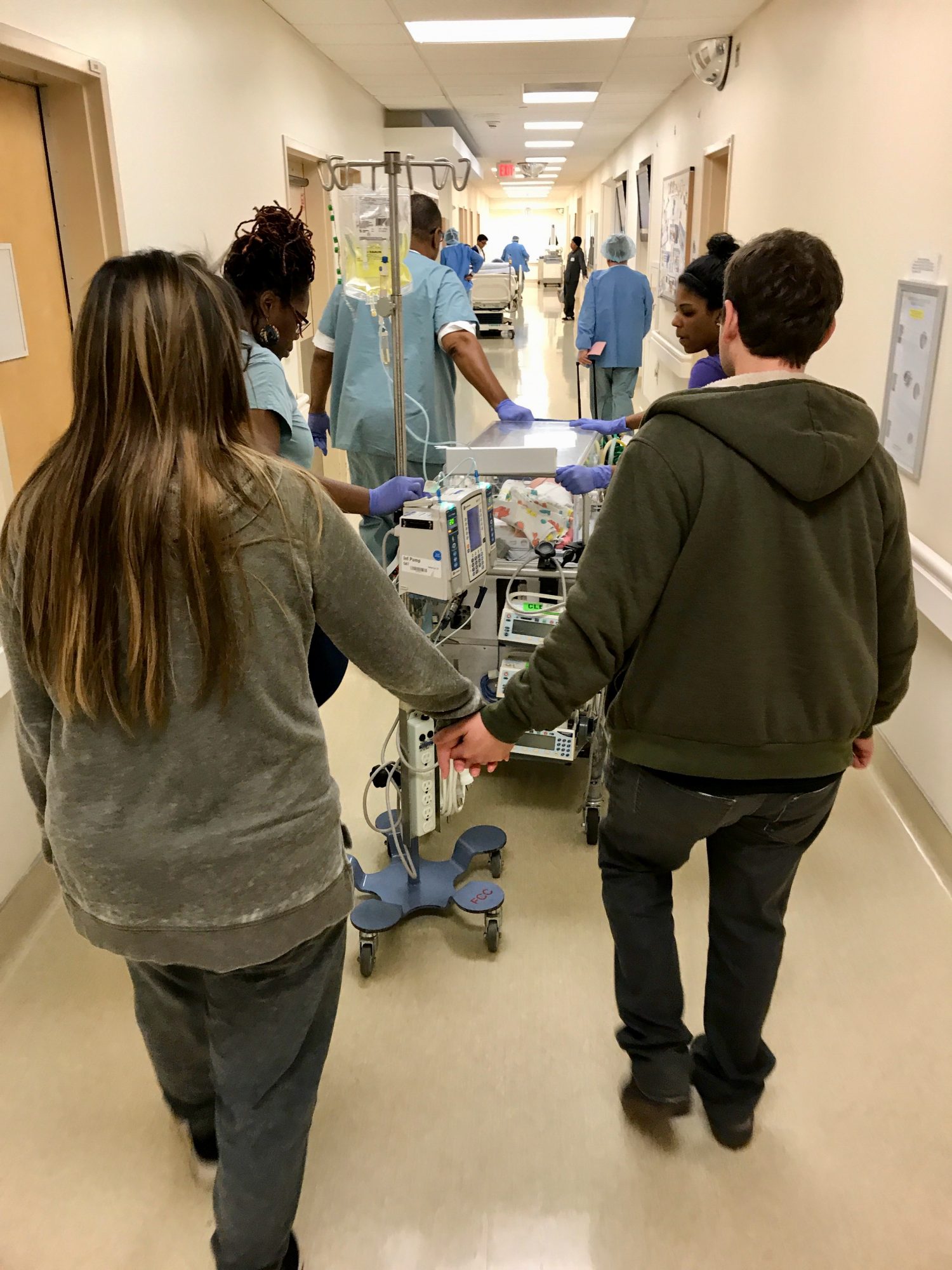