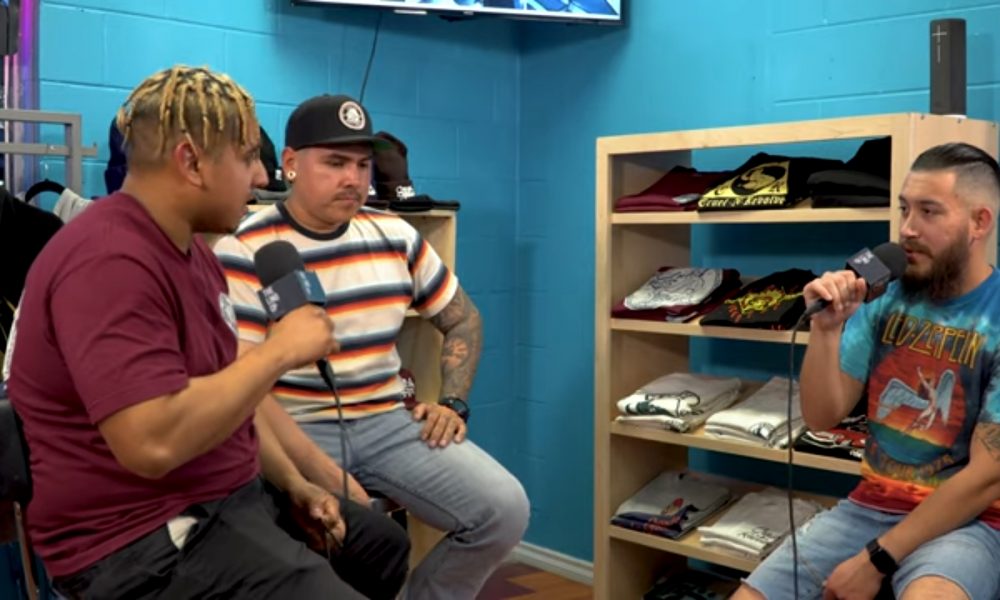 Today we’d like to introduce you to Christian and Richard Trujillo.

Christian and Richard, let’s start with your story. We’d love to hear how you got started and how the journey has been so far.
This takes us back to 2014 when we had started with the idea. It all began with a bunch of friends of ours making a truck club, which at the time it was called v8ghts. We try getting trademark because they had convinced us to make shirts and did not meet the requirements. One of our friends told us to not quit and keep pushing forward and to kick it up a notch on the name. That was then when the term Cruel came up aka messed up from the USPTO and Revolve to never quit and retry again until you actually get it done.

Has it been a smooth road?
Christian founder and part owner of the brand had a tremendous accident in 2016 where he was at the point of life or death. He got run over on 4th of July at night time, where at that moment his head got busted open, broken neck and broken leg. Immediately he was rushed to LACUSC THE MEDICAL CENTER with nobody riding along with him besides the paramedics. Christian was fighting at a point where he was in a situation where either he became paralyzed from neck to bottom due to his broken bones c7 and c6 which are connected to the spinal cord. Despite this tremendous accident Christian hit rock bottom to the point where one of his girlfriends at the time walked out of his life during that situation and almost losing his job/career and keep in mind he lost his life insurance to being out of work for approximate 1 year within the 6 month period. He had to re learn how to walk over again use up the little savings he had. Moving forward a year later after his accident, Richard part owner and brother of Christian had to hold down the brand. Ever since , we have learned how to manage heavy situations and communicate better. So back to the question, we had planned to be in a brick and mortar type of business with a few people. Turned out it wasn’t as expected as to be. So we had our differences with the organizers due to one of the main organizers commanding us and how to run the brand and change its image. It was just one thing after another ,so at that point Christian and Richard were planning on not staying for as long as it stated on the” contract “. We signed for a 12 month contract ,just after a few weeks everything was just going downhill trying to change our image. Weeks later, not even a month christian spoke with the person we had issues with and threw a shot in breaking the contract. “ breaking contracts is something we don’t like to do but in this exceptional case we had to do what he had to do to keep our brand and image going”. – Chris. Another vendor from the brick and mortar was planning in having a Grand Opening with us in the ending of the month of January 2020. Running out of ideas, on how to break the contract we came to a solution, we had to do a run and at the ending of the grand opening we decided to take all of our belongings without letting the organizer know.  A great opportunity came up for us,literally in the next couple of weeks where we found our soon to be and at the moment Cruel N Revolve flagship in the location 10334 painter ave. Santa fe Springs,CA 90670. So with this said we have had our few up and downs.

So let’s switch gears a bit and go into the Cruel N Revolve story. Tell us more about the business.
We come from the heart of LA and the struggle . What makes us unique we don’t stick to just one category ,streetwear or skate wear or urban wear . We have built within the years friends ,clients, family just different category from listening to corridos, hiphop, trap, reeggation, country and rock. Going back to 2014 , Cruel N Revolve received its name due to the failure of a previous brand named V8ghts. V8ghts originated with an establishment of a group of friends building a truck club.  We printed a few tshirts of the truck club name but then when it was time forbusiness in setting a trademark for it ,it never went through. The USPTO denied our application due to a few other trademarks that had similarity to it. After a few months in, we met a guy of the name Tony. Tony encouraged us to not give up and remember anything hard in life is worth going the extra mile for. That is when we said “its Cruel that the USPTO did not pass us and we needed to come back stronger and not give up, Revolve was the final touch and Cruel N Revolve clothing co was born. Months in during Christian’s accident we receive our certificate of Cruel N Revolve clothing co being live.

How do you think the industry will change over the next decade?
Expanding to different locations worldwide and making a record label and making a sub label of clothing brand. Those are just a few of our up coming plans for the near future. There’s no telling what else we are capable of doing if everything goes as planned. 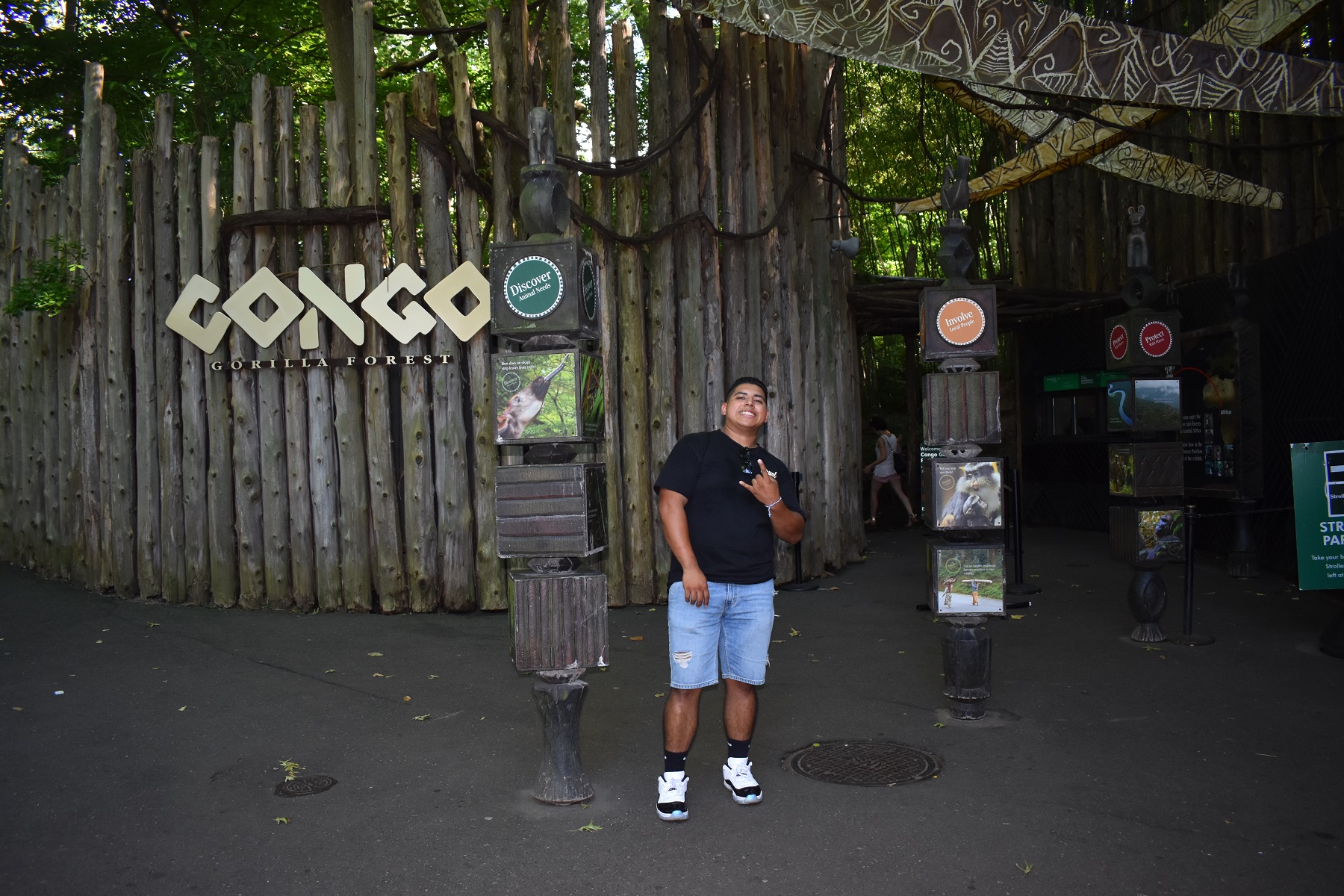 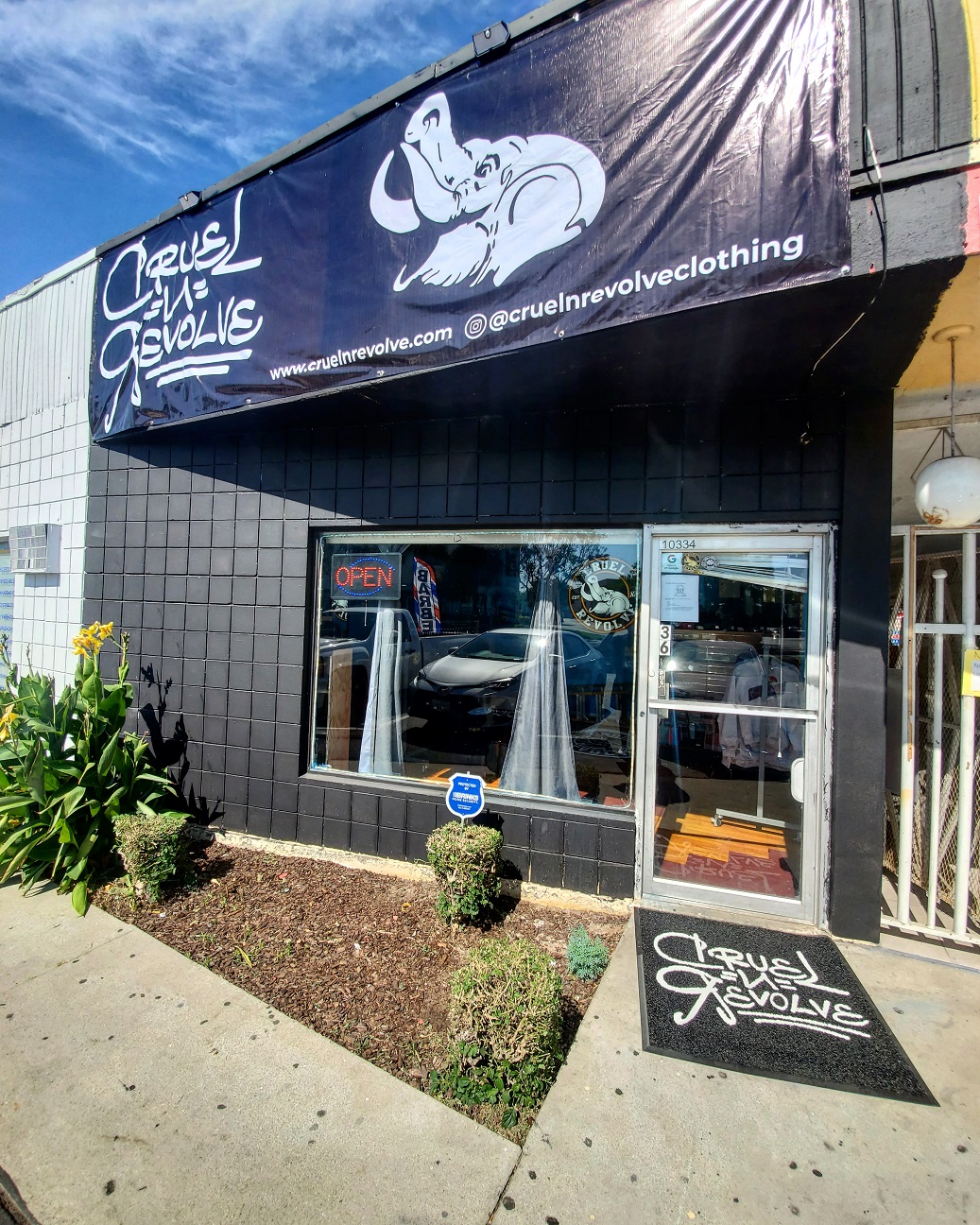 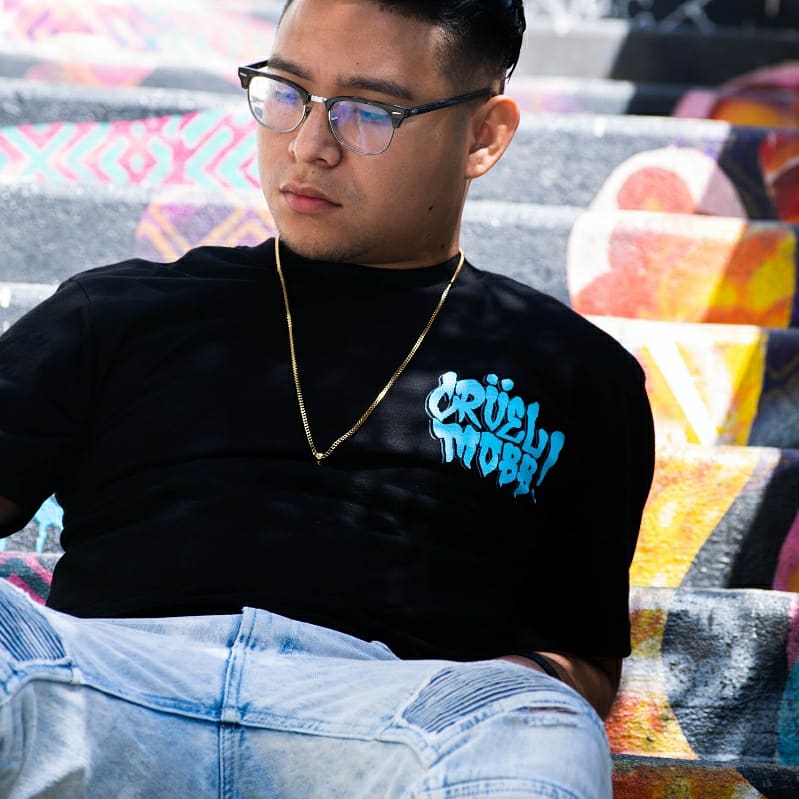 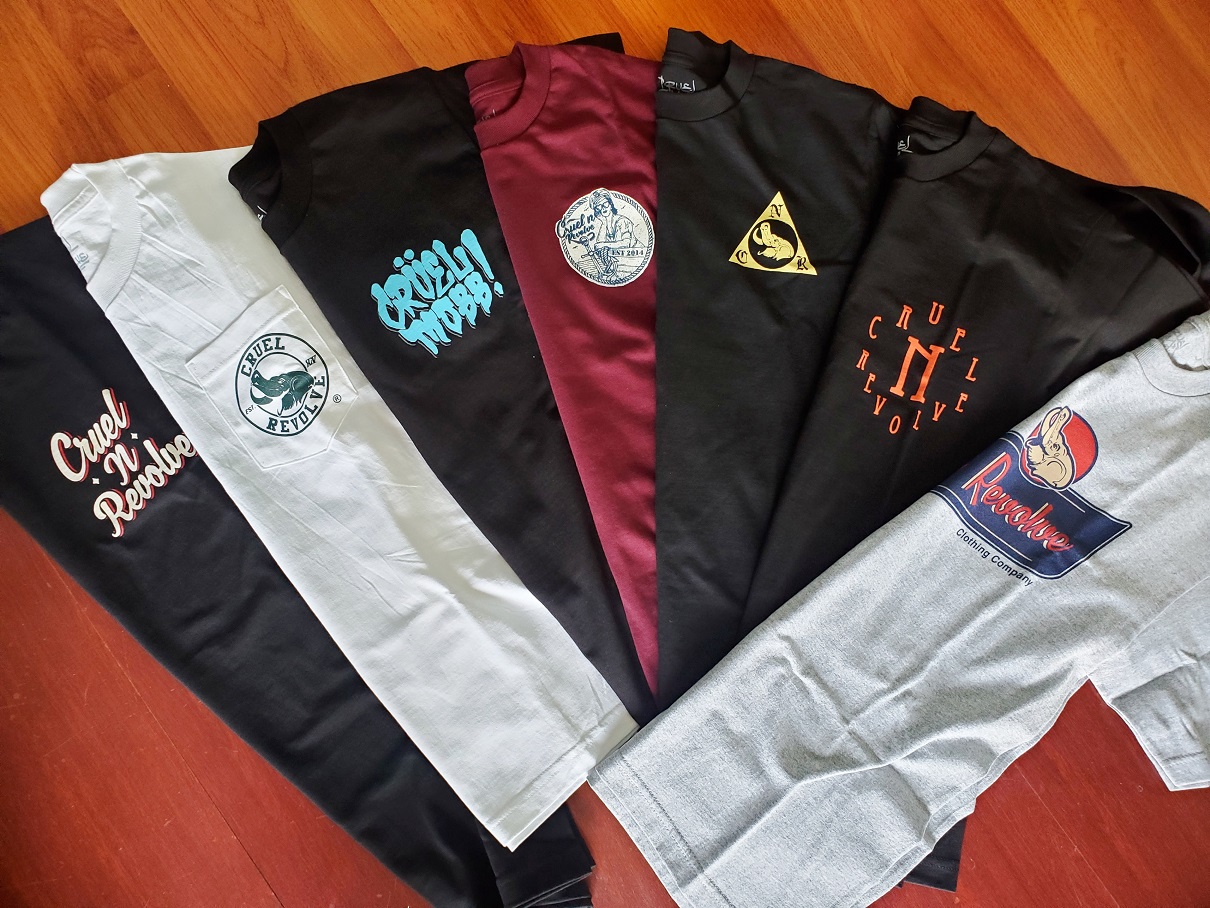 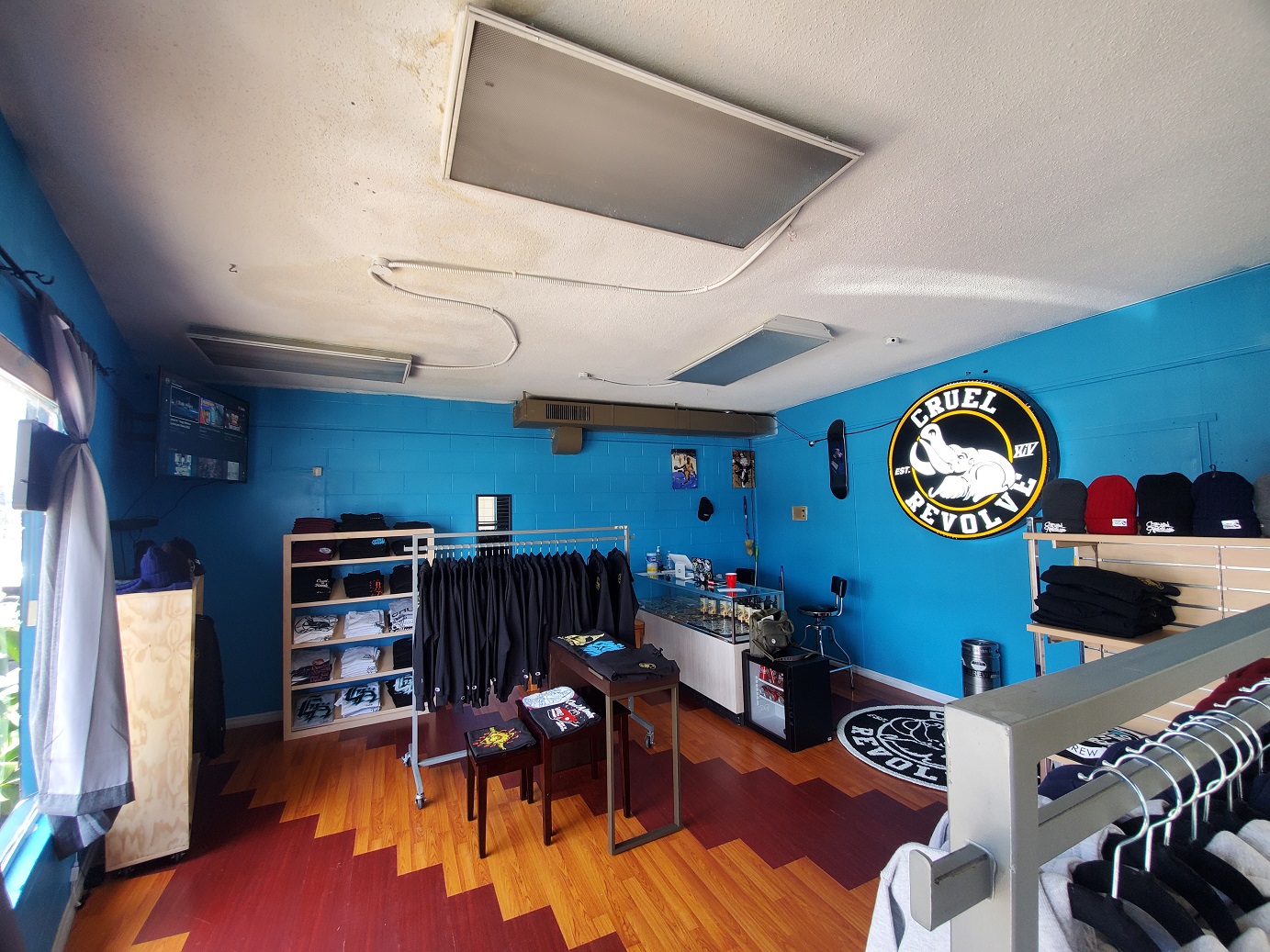 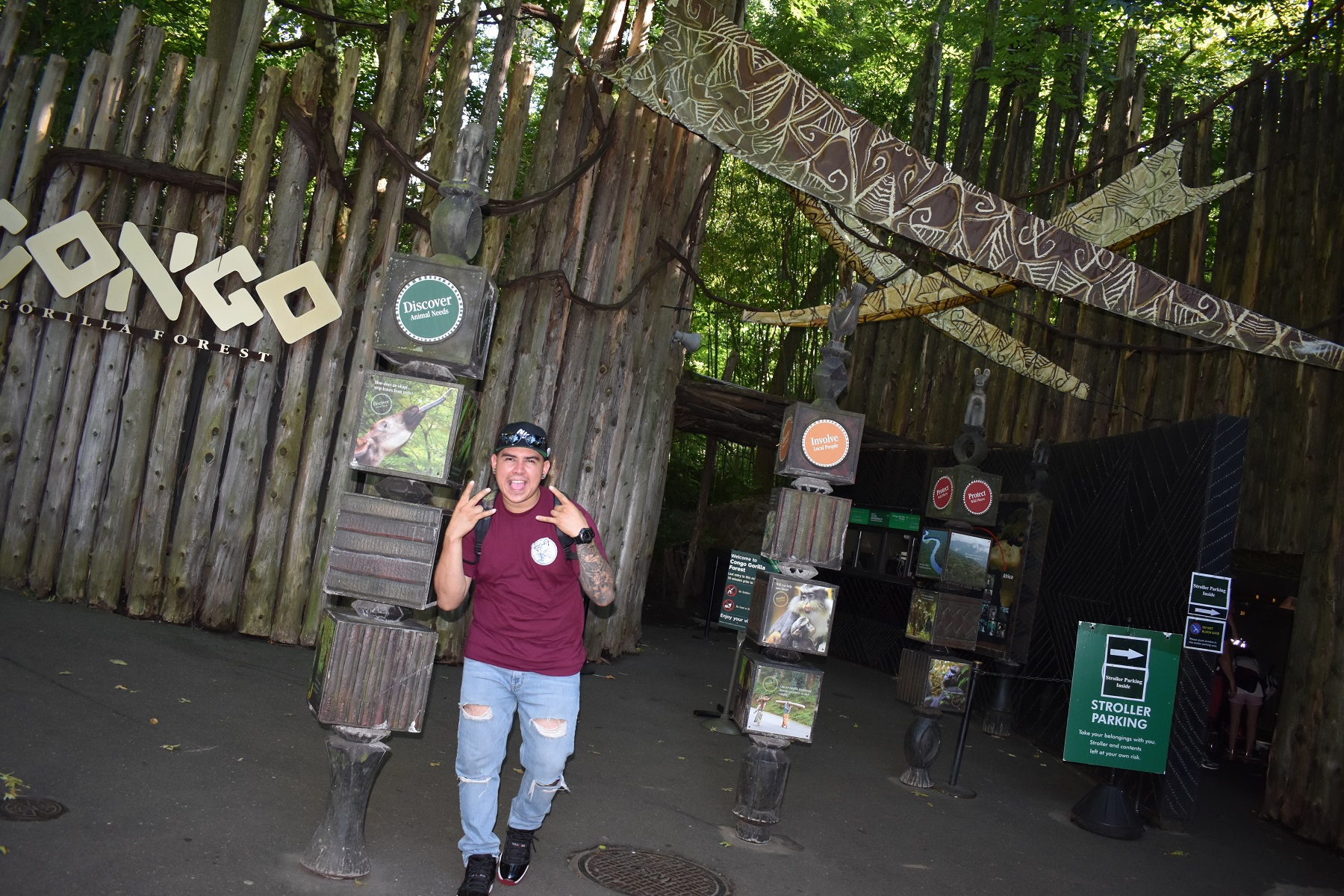