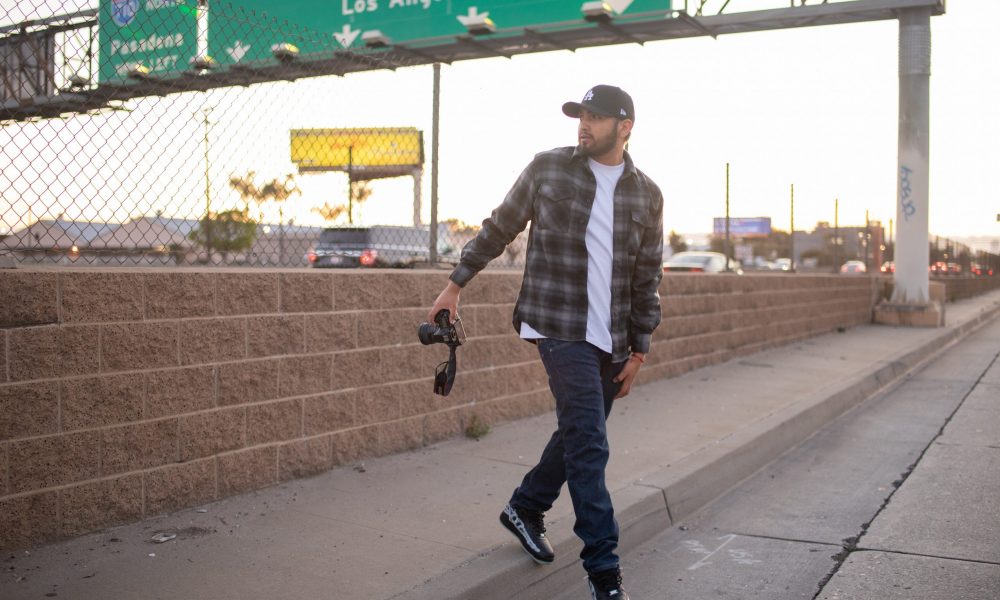 Today we’d like to introduce you to Cristian Caridad.

So, before we jump into specific questions about the business, why don’t you give us some details about you and your story.
As a kid, my parents always exposed me to the visual arts. My father who worked in the television industry regularly showed me films and taught me about the production process. Exposure to the arts at a young age inspired me to pursue photography and filmmaking. My parents raised me to always be a positive representation of my community and people. I learned that whatever we do in public will naturally reflect on my community and people, whether it was good or bad. So I knew early on that I had the responsibility to make a positive impression. Not everyone saw the potential that I saw in myself growing up and I became very aware of that early on. In 2011, against my wishes, our family moved from East L.A. to San Gabriel and almost immediately I felt discriminated against at the new middle school I attended. On the first day of school, I was harassed by another student because I was new. After several attempts to ignore it, I finally stood up to him in class and got caught by the teacher who said, “Cristian! You can’t do that around here. This isn’t East LA! “.

I was only 11 years old, but I knew that what she said was not right. She made me feel that I was inferior to the other kids because of the color of my skin and where I came from. She didn’t even know me or my family. So instead of using this experience and others like it as a crutch, I used them as inspiration. I would refuse to be basic or fall through the cracks like some people expected me to. By that time, I had already developed a passion for filmmaking and photography. My dream has always been to become a major motion picture Director. So I was determined to help change the narrative for other kids who shared the same experiences as mine. When I returned to my old neighborhood in 2012, I picked up my first camera and started learning how to shoot photography on my own. In the 11th grade, I began shooting more video while taking a film class at Garfield High School and was instantly hooked. In that class, I was fortunate to have met my then video teacher Mr. George, who eventually became a mentor that was supportive of my vision. He never hesitated to answer any additional questions or offer extra help after class. My next move would be the most difficult one yet, deciding to make all the sacrifices necessary to accomplish my goals. This would mean constantly shooting, networking and expanding my business portfolio. Putting myself in a position to win, making the right connections and not allowing myself to get distracted by things that didn’t put me closer to my goals. The sooner I began this process, the sooner I could get to where I wanted to be. What I’ve been able to accomplish so far is a testament that hard work pays off. I am still nowhere near where I want to be and have a long way to go. But I’ve come a long way for a little brown kid from East LA.

Overall, has it been relatively smooth? If not, what were some of the struggles along the way?
It has not been a smooth road, it’s been filled with struggles and challenges. Everyone’s process is different, but I can tell you the challenges you face are the moments that block you from accomplishing your goals at that time. I was teased by my peers at school for talking about my dreams and building my business as a freshman. You have to embrace and go through every emotion during your journey to the top. I had to make sacrifices that hurt, but know will pay off. When you’re on a mission you can’t give up because at the end of the day there are thousands of other people who want that same opportunity, so you can’t let up. The moment you let up is the moment someone else capitalizes on getting better than you. So do you want it or kinda want it? You have to be able to recognize what’s important and what’s not. You must be aware of where you are putting your energy and ask yourself if what you’re doing is helping expand your business and helping you grow? Or is it something that won’t even matter at the end of the day. As cliche as it may sound… going out to parties, hanging out with friends, lots of leisure time can all wait for later. The dedication and hard work has got to come now. This is the type of mindset you have to have if you really want to be successful. It’s a lifestyle. It’s not the easiest thing to do. It’s a lonely place to be, but you gotta ask yourself how hungry you are? My position I’m in at this moment in time is the result of every step I’ve taken from the start.

Please tell us about Caridad Digital.
Caridad Digital is a grassroots media company which I started in these very streets of Los Angeles. I am beyond passionate about my craft and love to create with other artists. I specialize in photography, videography and editing. I also produce content and direct on-set talent for both photo and video shoots. I collaborate and give creative feedback to clients and edit photos and video footage using professional industry software. Some of my clients include Savini Wheels, Rockstar Energy, Forgiato Rims, Cash Money West Records, Rancho Humilde Records, Birdman, Blueface, Lil Baby, Lil Mosey, YG, Cardi B, The Migos, Mac Miller, Lil Yachty, Kid Kudi, The Game, Travis Scott, Lil Yachty, G Eazy and more.

I’m most proud of my ability to move proper and function in a cut-throat industry while consistently producing content. One of my proudest moments was on tour at a show in Detroit with Blueface. Fans were waiting in line for hours before the show, holding poster-sized photographs of my original images. They were waiting for our bus to arrive to get the photographs I shot signed by the artist before we entered the venue.

I’ve gone from shooting school events and birthday parties to traveling across the country shooting and producing content for large companies, record labels and platinum recording artists. What sets me apart from others is I’m authentic and open-minded with a strong desire to continue developing, growing as a person and as a business. Complacency is not an option. I want to continue building, creating inspirational content and breaking through barriers in the music and film industry. It’s imperative to be a positive example and inspiration for my community and younger generations. Representation matters and I plan to be the change I want to see and pave the way for the next wave of young artists in my field. 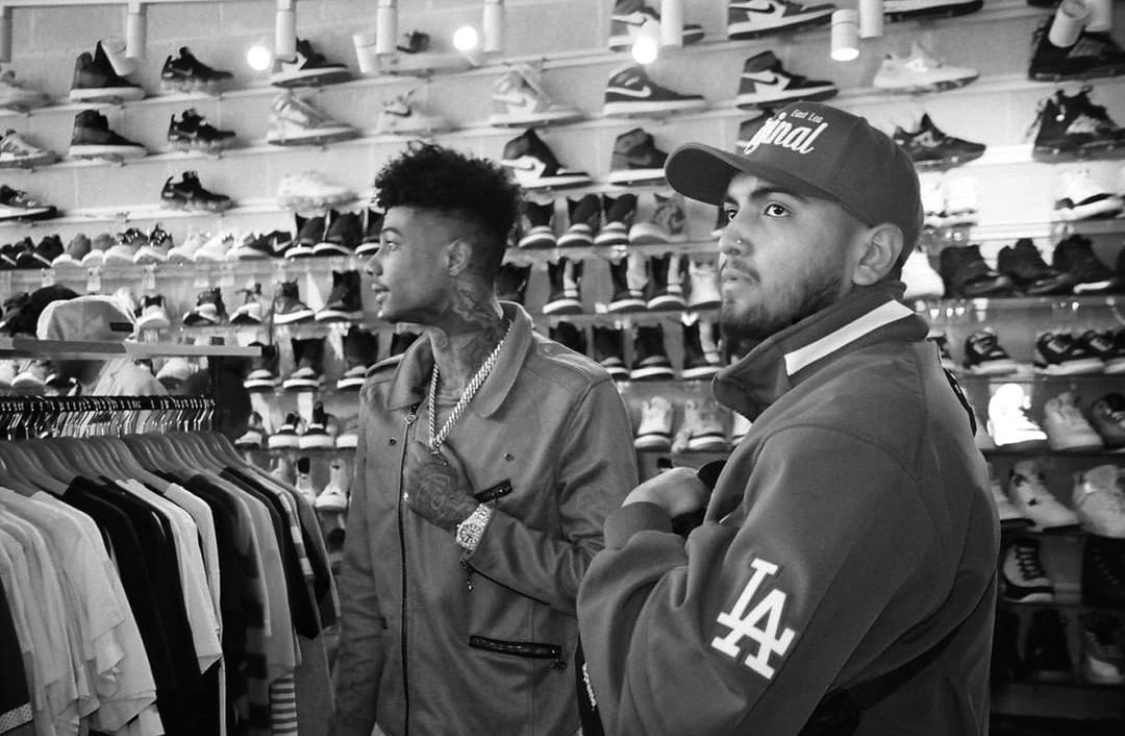 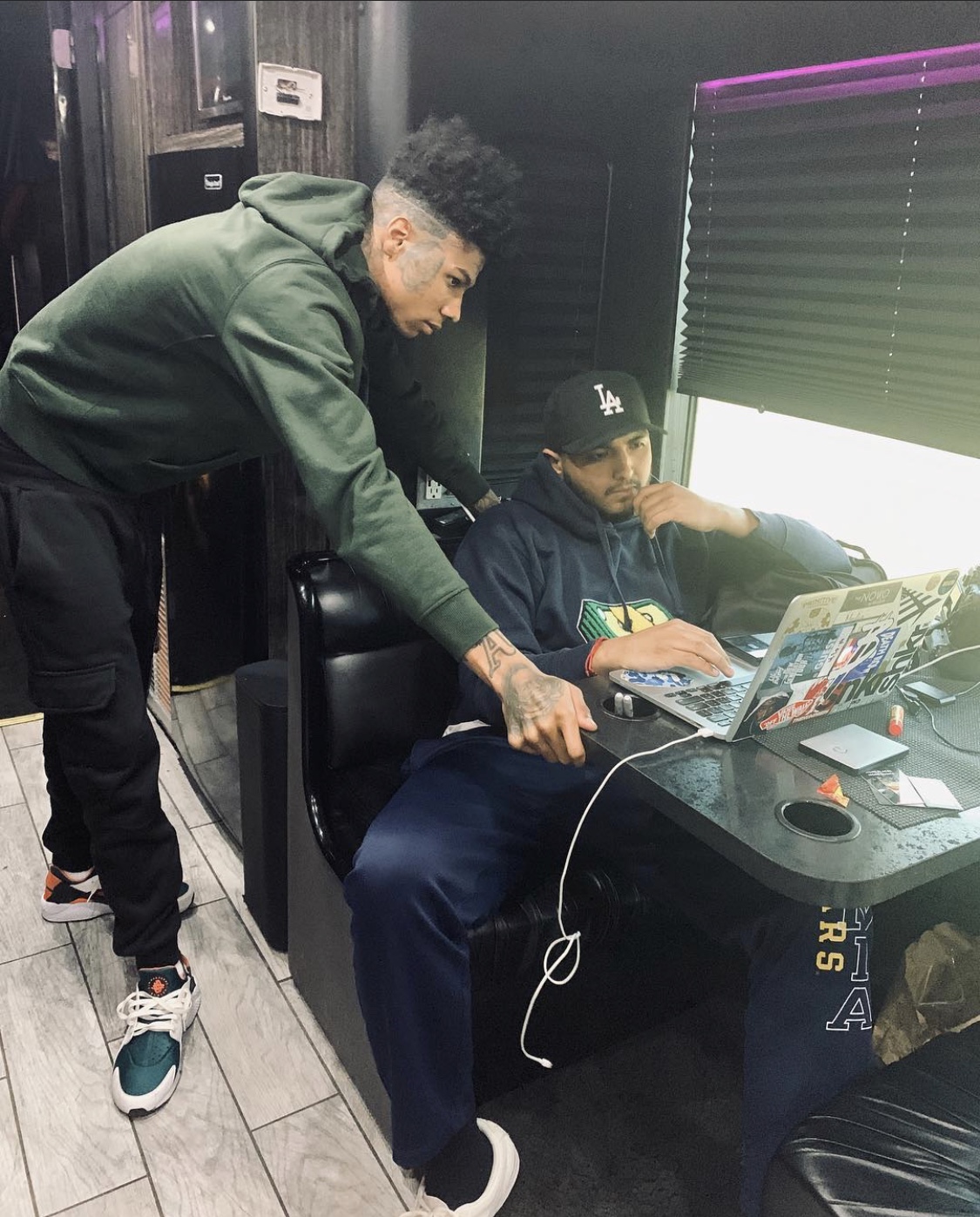 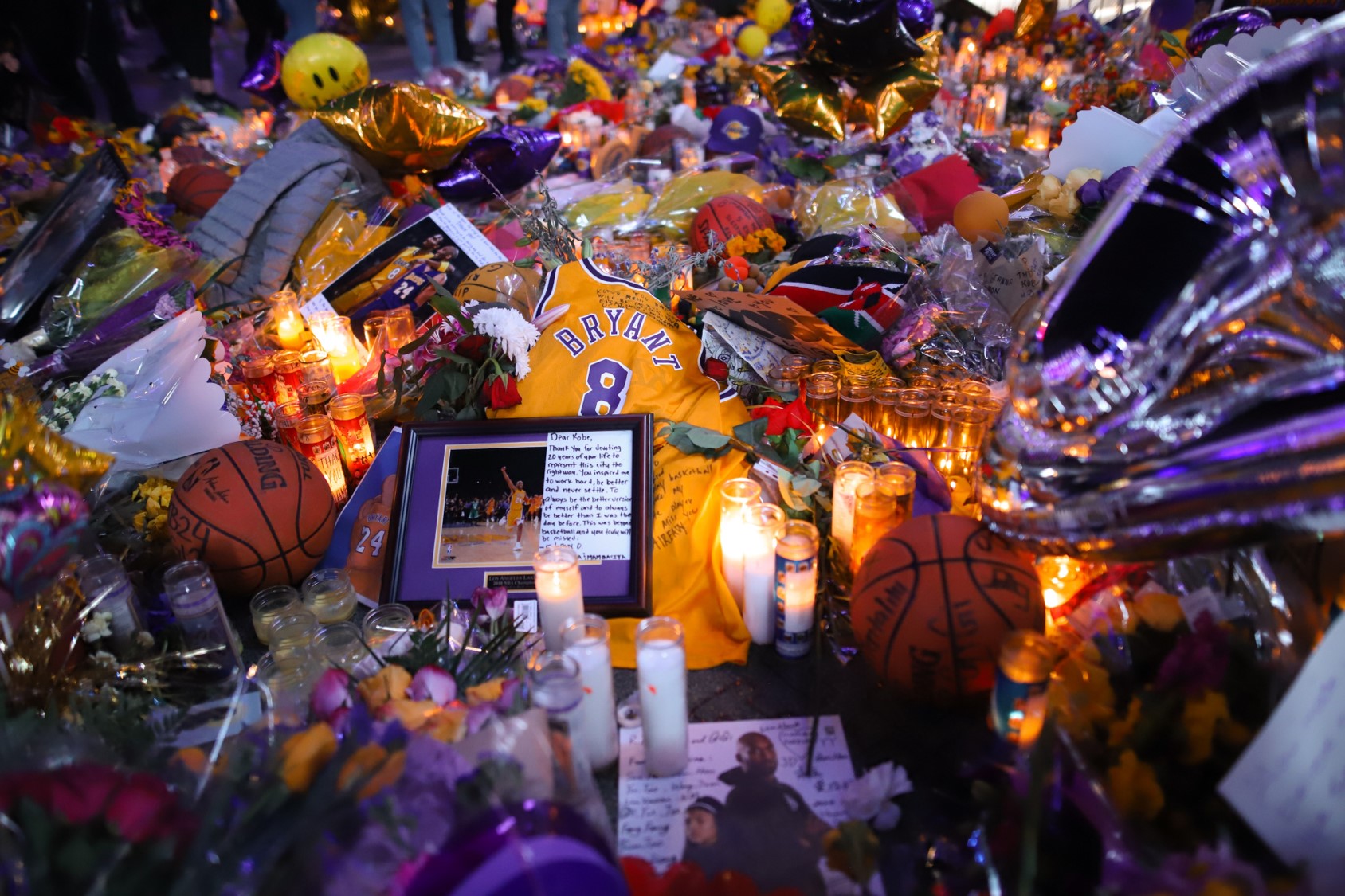 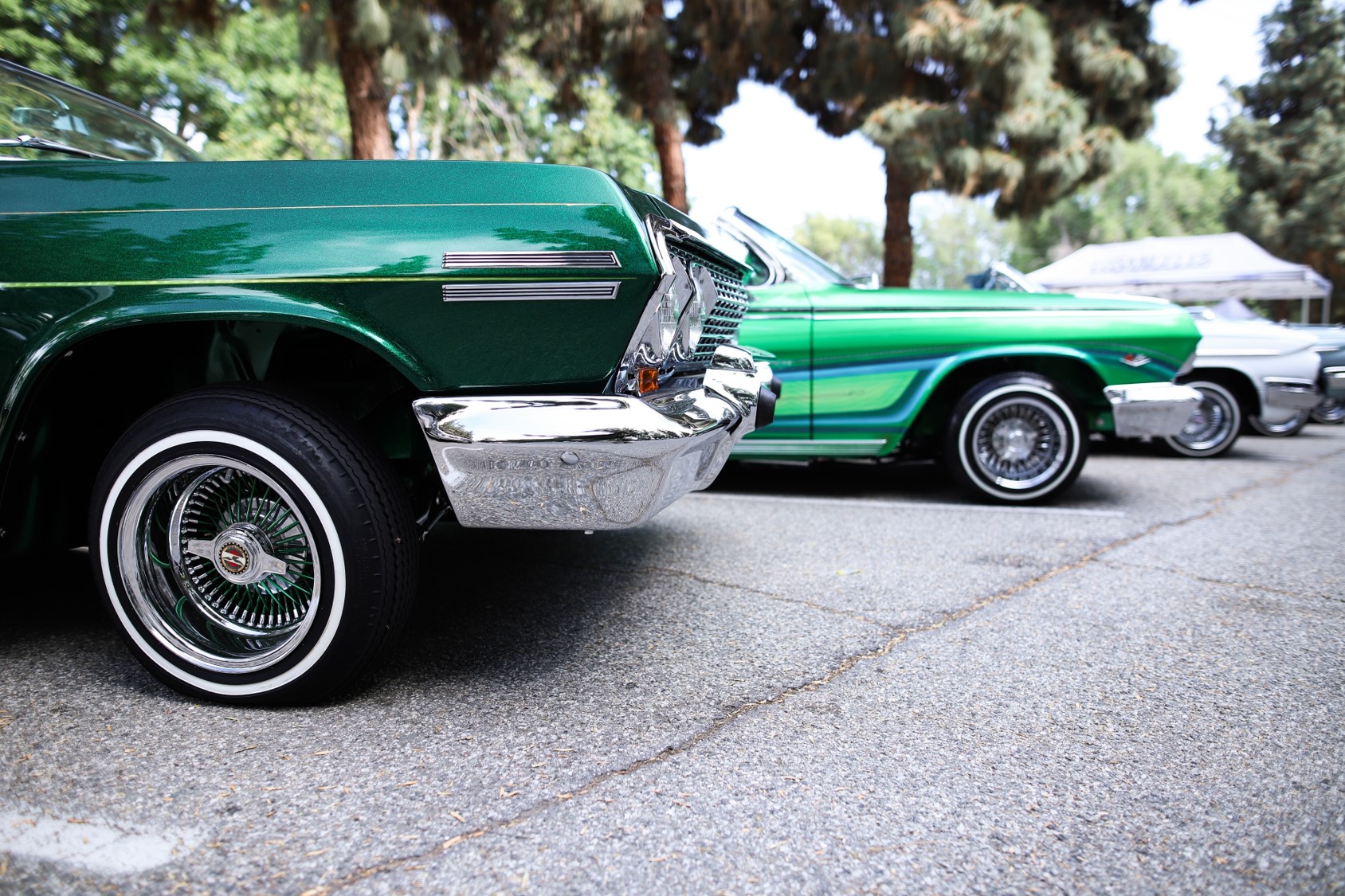 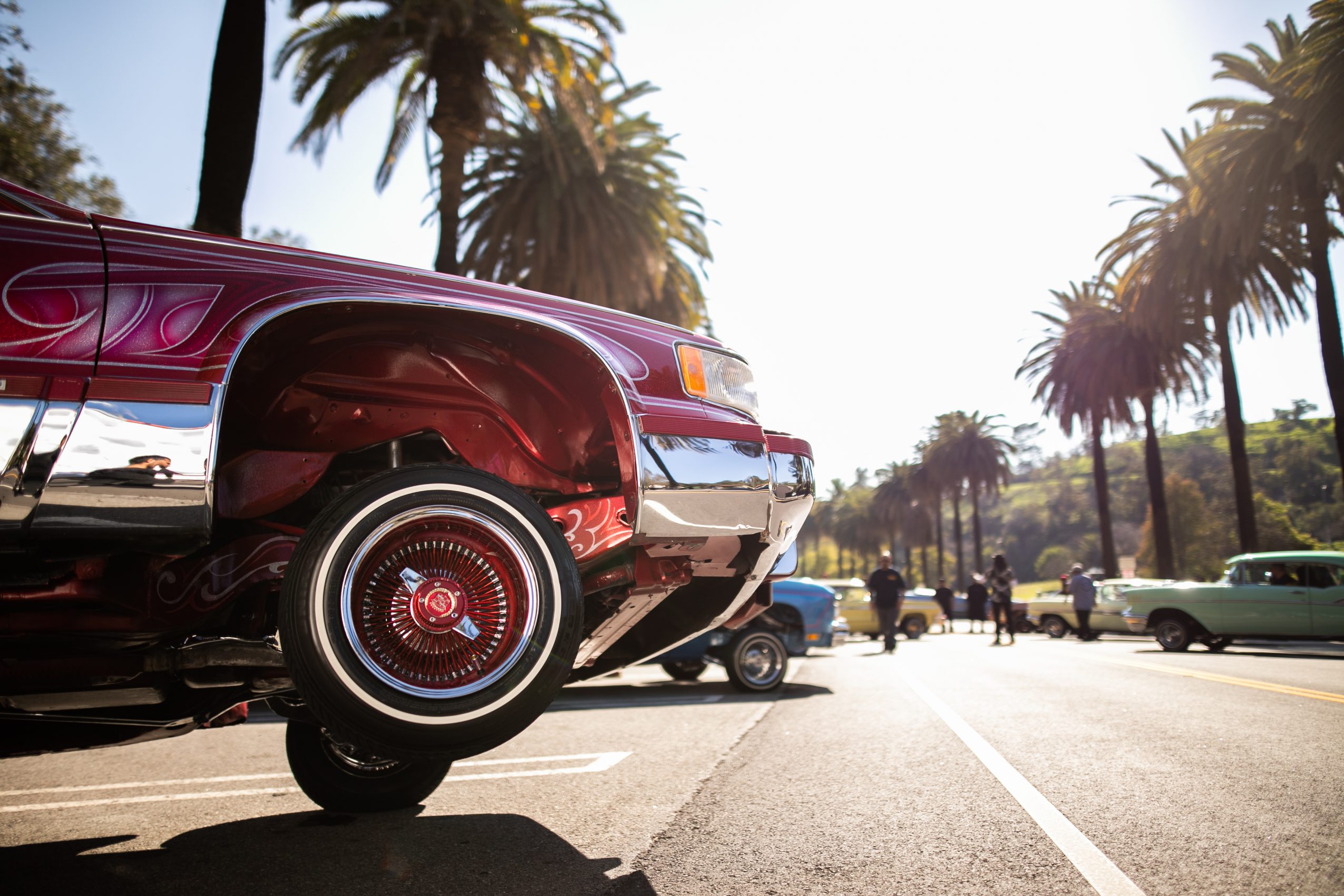 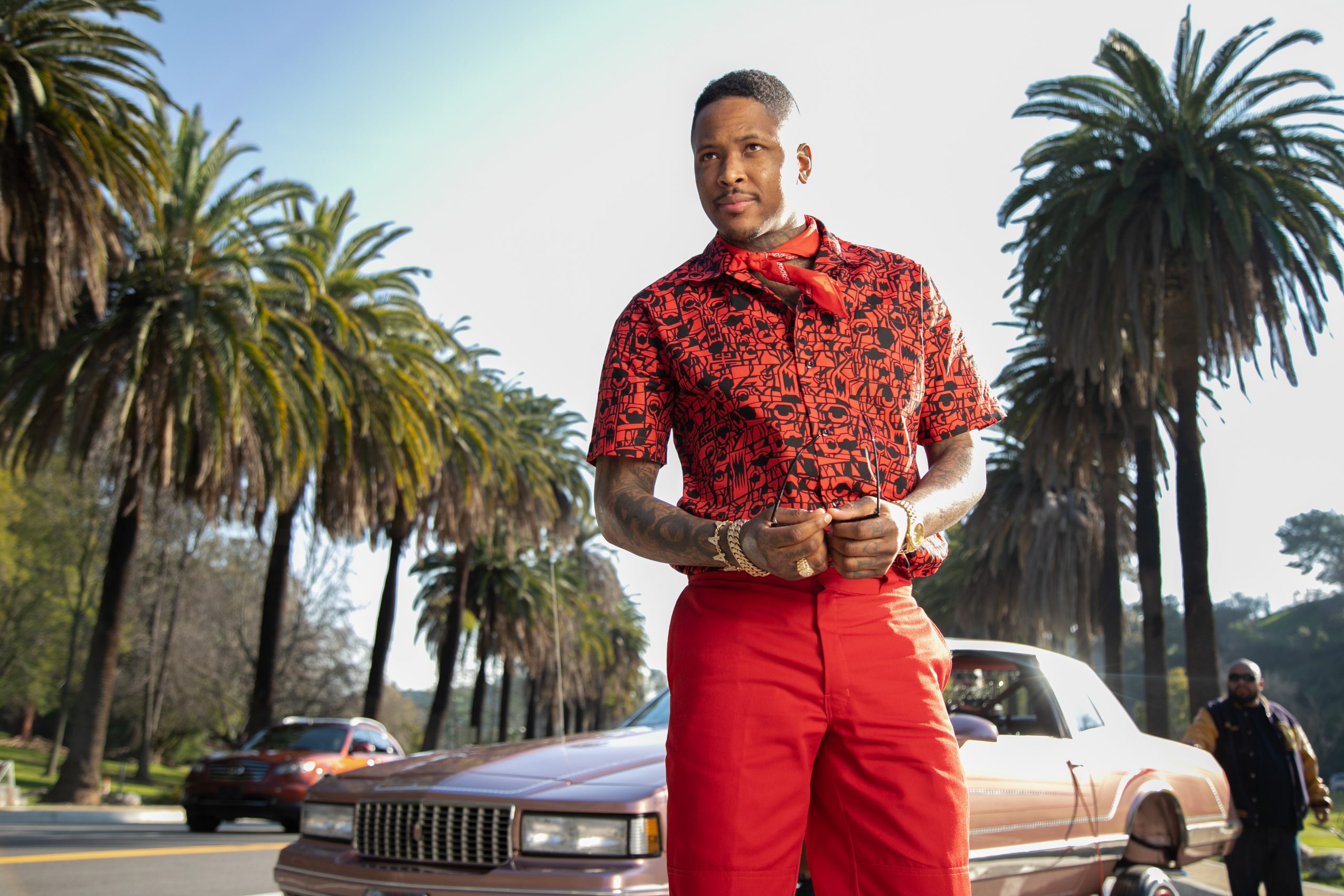 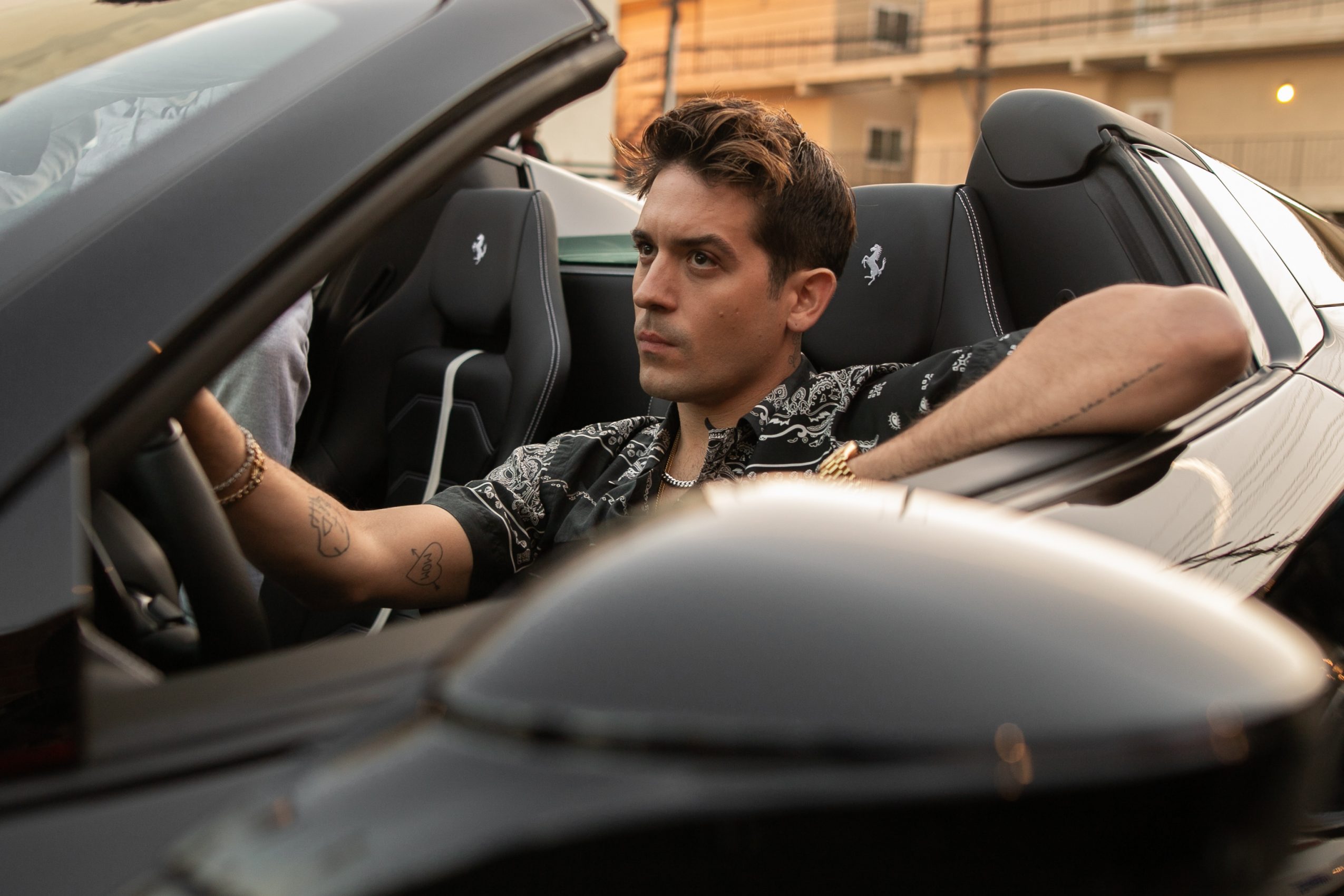 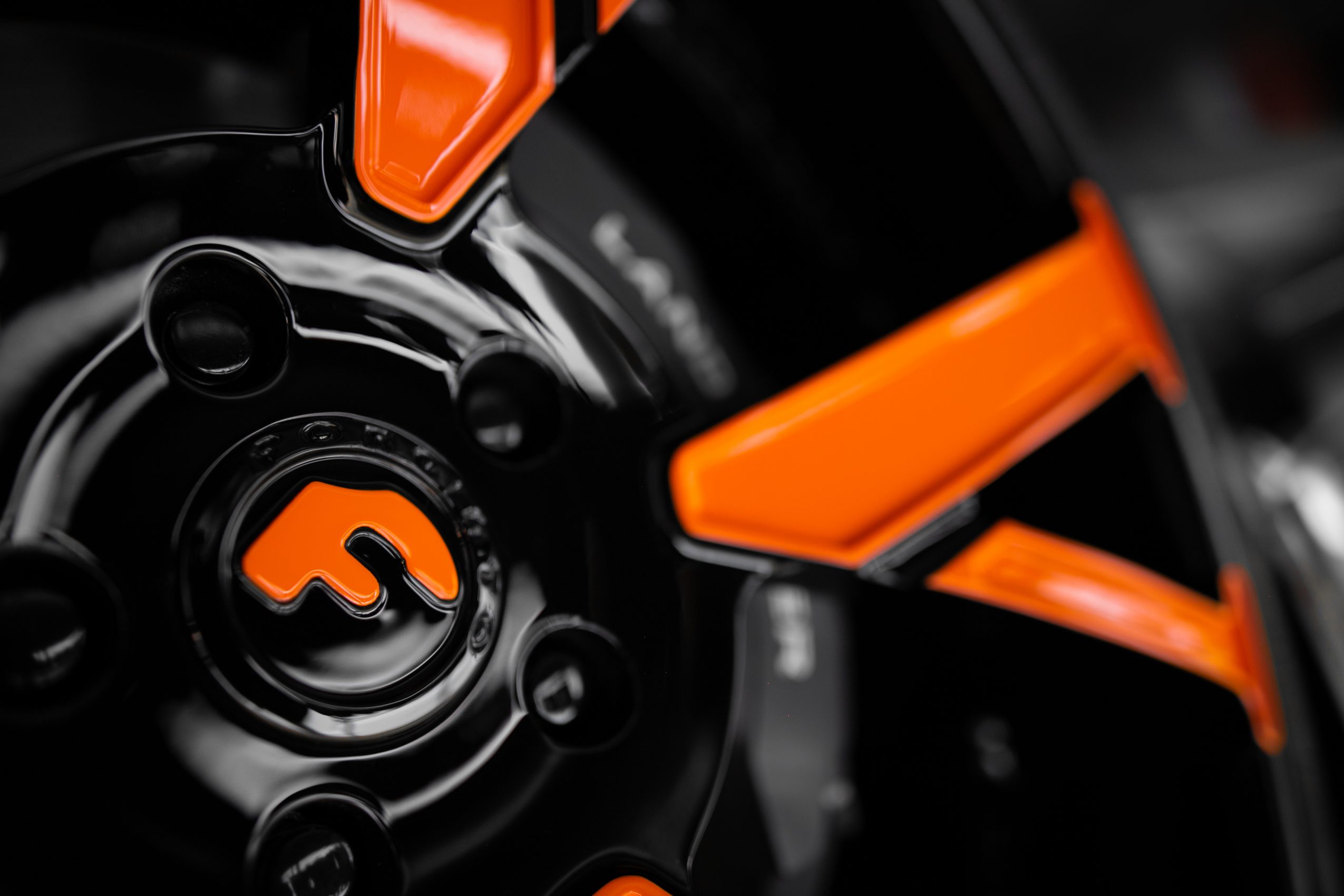 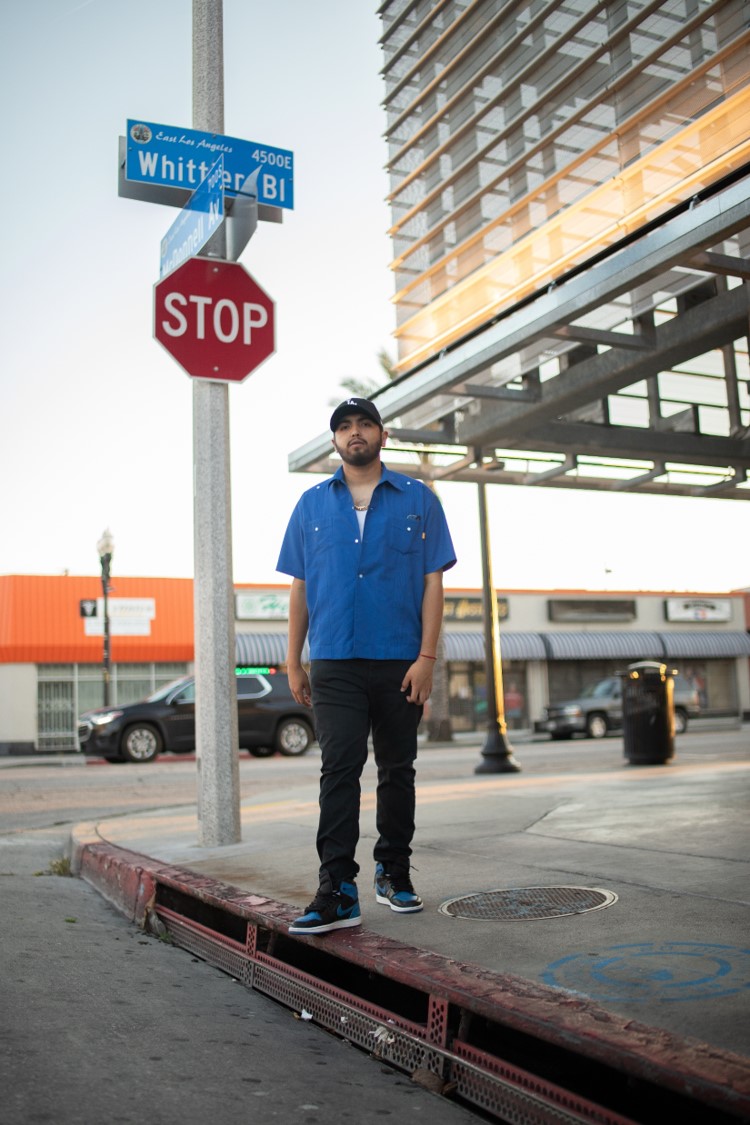 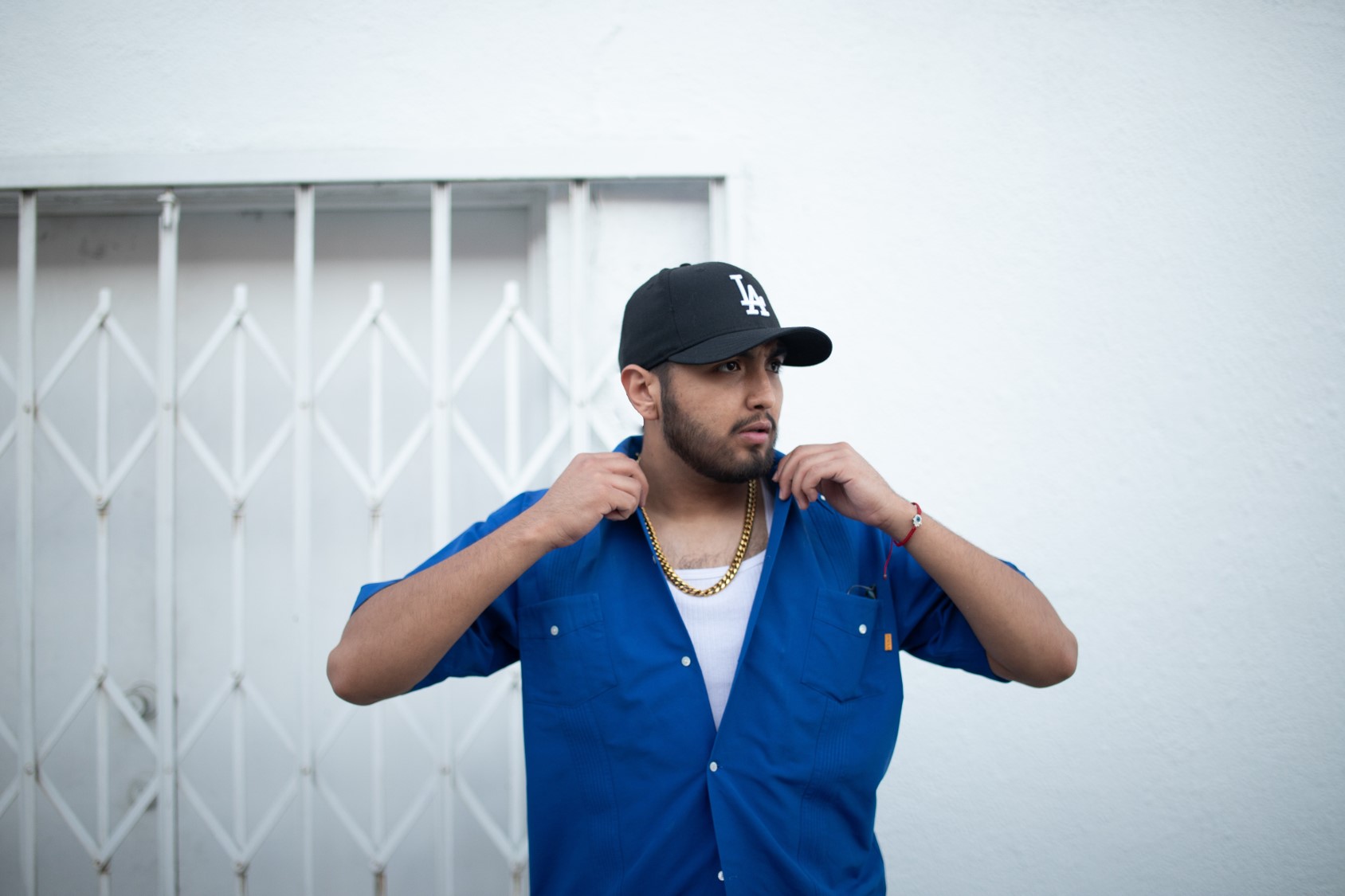 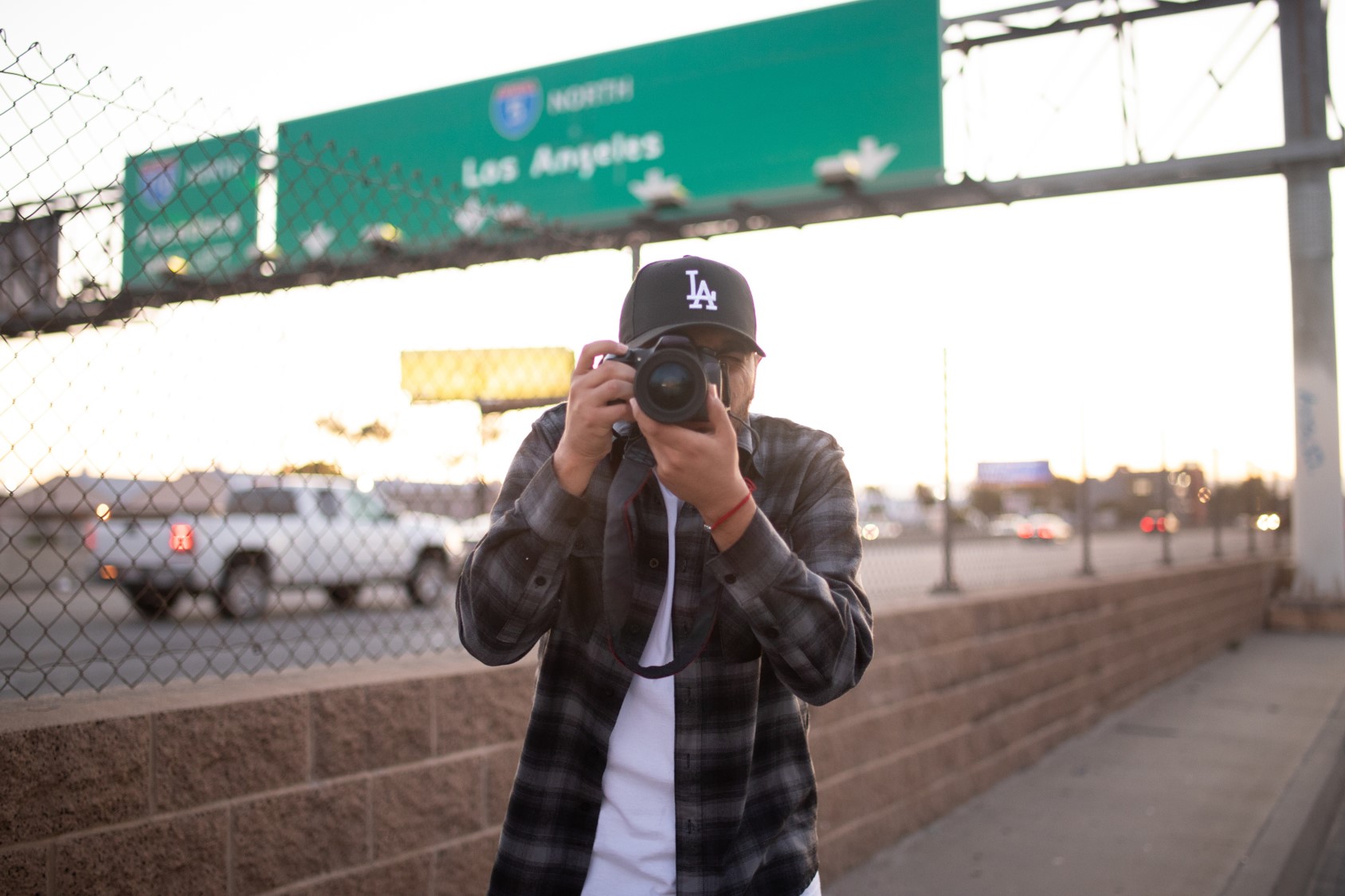