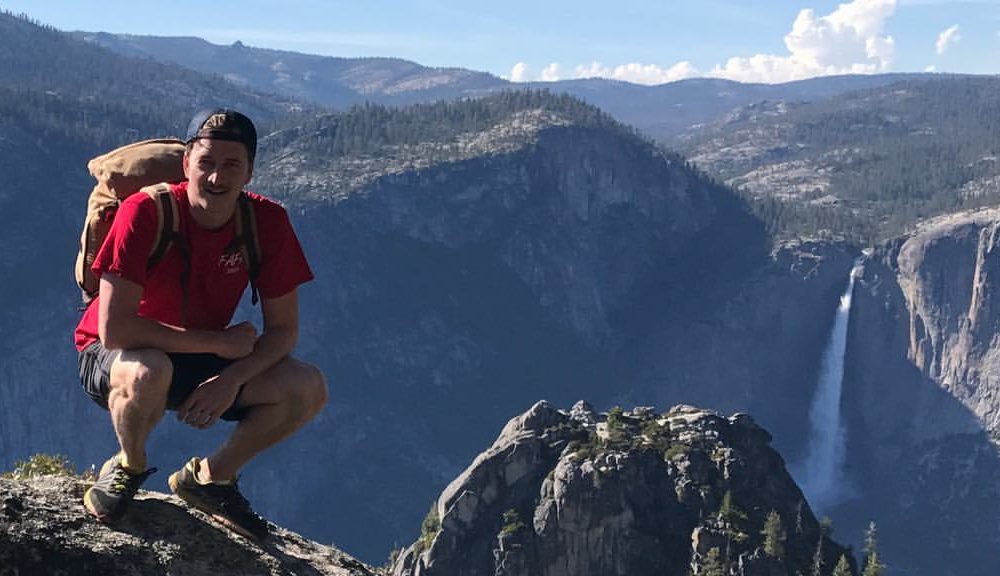 Today we’d like to introduce you to Scot Lawrie.

Scot, let’s start with your story. We’d love to hear how you got started and how the journey has been so far.
I’ve always wanted to be an entrepreneur. Growing up, I was always starting “businesses.” In elementary school, I sold lemonade, yo-yo strings, gum, and glow sticks to my peers. In middle school, I would create nicely formatted cheat-sheets before final exams and sell them to my classmates. In high school, I ran a landscaping business. In college, I started a service that ran trips for college students to and from fun events, like the Kentucky Derby.

After I graduated from college with a degree in economics, I saw that the biggest thing holding me back from being successful in my entrepreneurial dream was not knowing how to code. So, I spent six months crashing on my brother’s couch, eating almost primarily Trader Joe’s burritos, teaching myself to code from free online lectures that MIT and Harvard had released.

I realized almost immediately that that was what I wanted to do for the rest of my life – I became obsessed and spent every waking hour building, learning, and building some more. Eventually, someone gave me a job coding. I spent three or four years in Philadelphia, the majority of which I worked at a highly technical ad-tech company alongside some of the best technical minds in the city of Philadelphia. It was a wonderful experience, and I learned a ton.

During this time, my good college buddy had moved to Los Angeles to pursue his dream as a screenwriter. He started providing feedback/notes on his friends’ screenplays and asked me to set up a website where writers could pay him for notes. He priced his notes so inexpensively that within a few months, he was overwhelmed with screenplays that he didn’t have enough time to read.

Rather than raise the price for “script coverage,” as it’s known, he hired a few screenwriting friends to help him cover the workload, and I started building out software that would help him coordinate the flow of script and feedback between the writer and the reader, without any administrative overhead.

Fast forward a few years to 2016, and the site had grown into probably the largest script coverage service in the industry, and my business partner’s career as a screenwriter began to take off after winning a few major screenwriting contests. The backend tooling that we were using to keep prices down for script coverage, which I had spent a few years working on as a side-project while I worked my day job in Philadelphia, had become quite robust, and we realized that it was probably a service that other companies could use.

We decided to spin that screenplay submission management software into its own product, Coverfly, and sell it to coverage services, screenwriting contests and fellowships, and film festivals. It was at this point that I decided to quit my job and move out to LA to pursue Coverfly full time.

When I moved to LA, I became fully entrenched in the screenwriting world. One thing I really became interested in was “talent discovery” – that is, how screenwriters get “discovered” by Hollywood in the first place. It was (and still is) horribly inefficient and unfair, and I wanted Coverfly to change that.

Today, we’re a full-time team of eight, along with hundreds of readers, dedicated to discovering and developing new writing talent.

Overall, has it been relatively smooth? If not, what were some of the struggles along the way?
Not at all. I skipped the part where I got fired three months into my first job out of college. I had taken a job in NYC doing sales for a startup, and I was really bad at it. It was a wake-up call to do things that I like and that I’m good at. Now I avoid doing sales whenever possible – I’d much rather be behind the scenes, building stuff and laying out our strategy, than talking.

Moving out to LA to pursue Coverfly wasn’t easy, either. I went from a fairly cushy software engineering salary to making a few hundred dollars per month. I spent a few years sleeping in what was essentially an office, with my only possessions a mattress and some clothes. Not to say I haven’t enjoyed it – building Coverfly has been exhilarating.

The greatest challenge, though, has been trying to change the way Hollywood discovers writers. For a hundred years, the process has been nepotistic and opaque. Coverfly is trying to make it more meritocratic, open, and fair, but we’re going up against an industry steeped in its ways, using out-of-date technology and methodologies. It has taken and will continue to take considerable effort in changing the course of that ship.

Alright – so let’s talk business. Tell us about Coverfly – what should we know?
First, it probably makes sense to explain the problem. Breaking into Hollywood as a screenwriter is notoriously hard. The conventional wisdom is to move to Hollywood, get a job as an assistant, work your way up, and after several years, network your way into a writing job.

Or maybe you have a friend or cousin already in the industry that is willing to read your script and pass it along to a literary manager or studio exec. But if you don’t have the money to relocate to LA and work for pennies as an assistant for several years, there’s another proven way to break in: screenwriting competitions. Screenwriting competitions don’t care where you live, where you’re from, what you look like, where your college degree is from, or who you know.

A writer pays a fee (most of the time) to an organization, who reads the writer’s script, and if it’s good, puts it in the hands of someone who can make something of it. Empirically, we’ve seen this mechanism work – writers that win the “top” competitions are getting noticed, signed, and ultimately being paid to write. From an economic perspective, it’s both a sustainable business model, and it guarantees writers that their work will be, at the very least, evaluated.

In the current industry model, industry decision makers will only spend time (money) reading scripts that were recommended to them. That means that they won’t read a script that comes in cold, at least not consistently, unless their time is compensated. That’s why from a theoretical perspective, screenwriting competitions work.

The problem is that not all screenwriting competitions operate in good faith, or actually make an impact on their winning writers’ careers. The other problem is that the industry doesn’t yet know which contests they can trust for good new content/writers if they can trust any at all. Coverfly is trying to solve both problems. It’s a submission portal for the top screenwriting competitions – a one-stop shop for writers trying to have their work evaluated and put in the hands of the industry.

We only let top competitions, labs, and fellowships on our platform – ones we’ve vetted and believe are truly valuable to writers. And we aggregate all of the competitions’ results into one beautiful industry dashboard where industry professionals can, for the first time, easily discover and read projects that have done well in screenwriting competitions. We think it’s going to be a game-changer.

In the ~14 months since launching our writer dashboard, we’ve had nine writers signed, optioned, or otherwise paid to write after being discovered on Coverfly. We are growing by almost 1500 active users per month (which is large for such a tiny niche). Coverfly is also free for writers – we charge the competitions that accept submissions on our platform a small fee.

We are the only organization actively working to make screenwriting competitions a viable and effective mechanism for talent discovery, and we’re quite proud of what we’ve done so far, but there’s still a lot of work to do. We want to tear down the barrier for emerging screenwriters of all backgrounds.

Any shoutouts? Who else deserves credit in this story – who has played a meaningful role?
First and foremost, I wouldn’t be here if my friend and business partner, Mark Stasenko, hadn’t asked me to build him a script coverage website five years ago. He’s an incredibly talented screenwriter and business mind – if I deserve credit for anything, it’s strapping myself to a rocket ship.

I’m thankful to my colleagues at Coverfly, who are so dedicated to our mission. Every day I feel lucky to work with such amazing people. I’m also thankful for all of the users and supporters of Coverfly, from writers to industry execs and contest administrators. We wouldn’t be here without their support and belief in what we’re trying to build.

I owe a lot of credit to the first company that took a risk on me and employed me as a software engineer. My boss at that company, Karen Auiler, remains a mentor to me today. And of course, my parents, brother, and sister deserve credit for supporting me as I took the risk to shift my career, and later, move to LA to pursue Coverfly. I couldn’t have done it without their support. 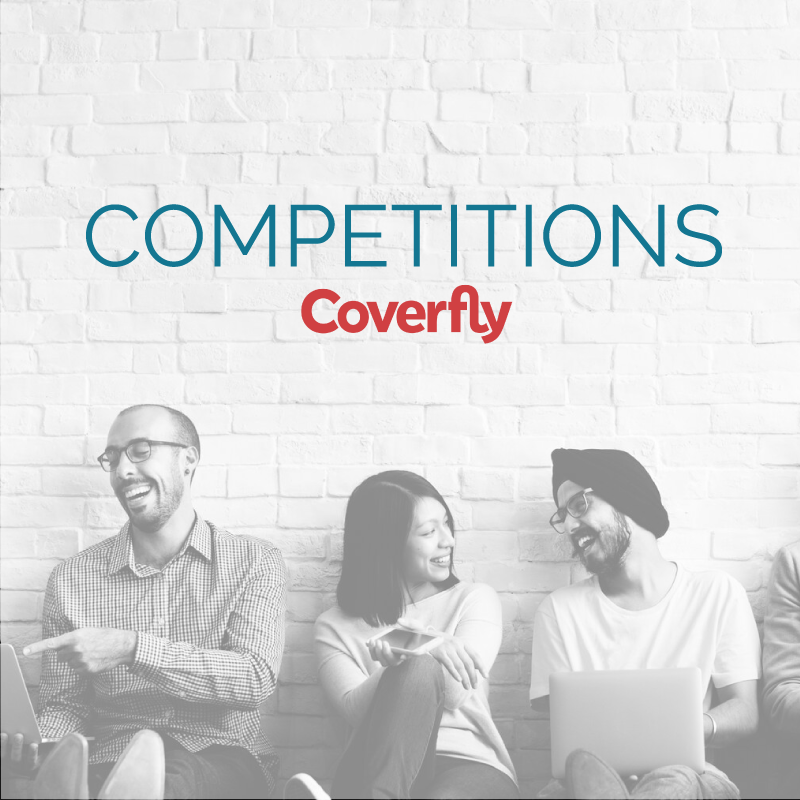 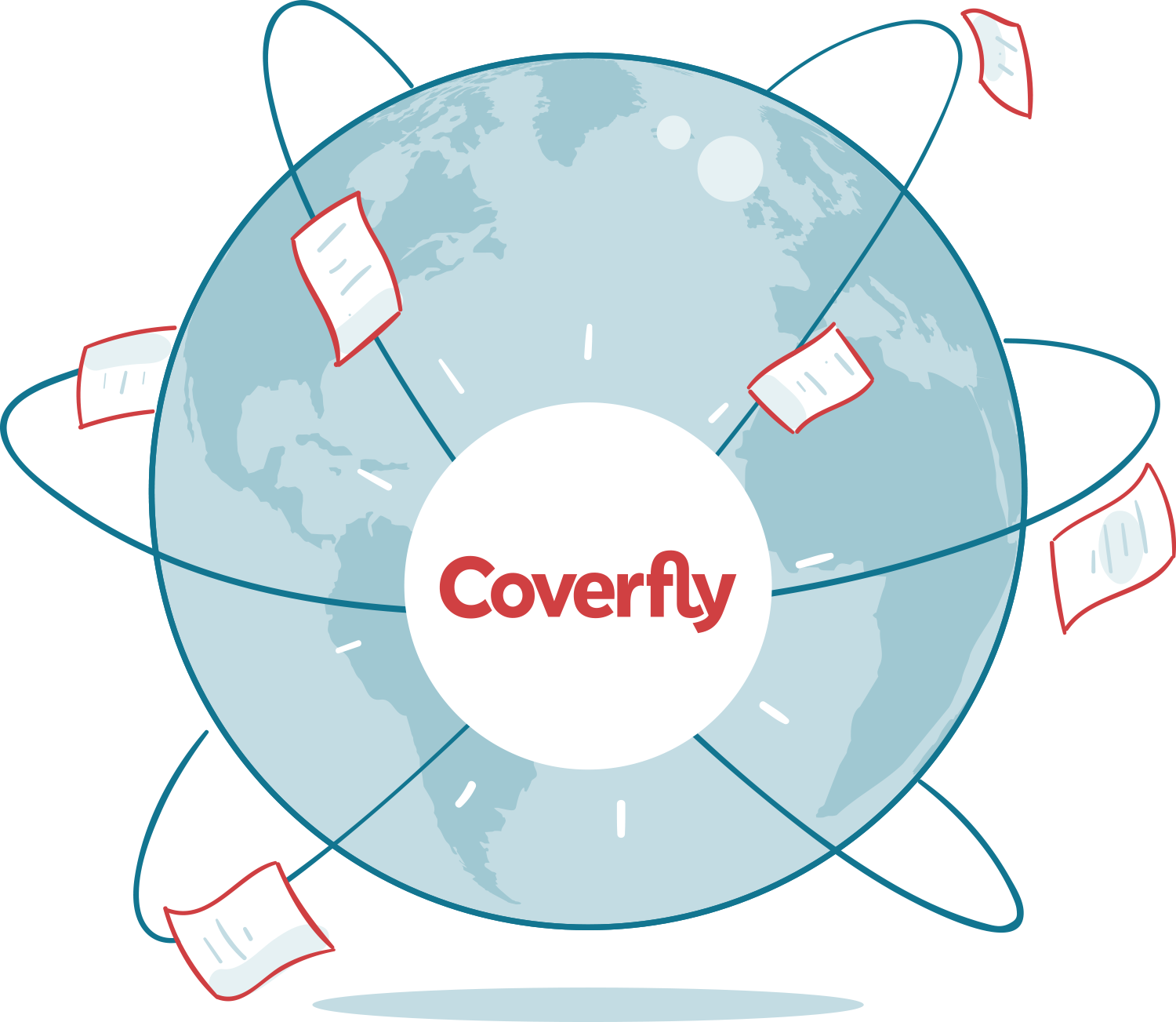 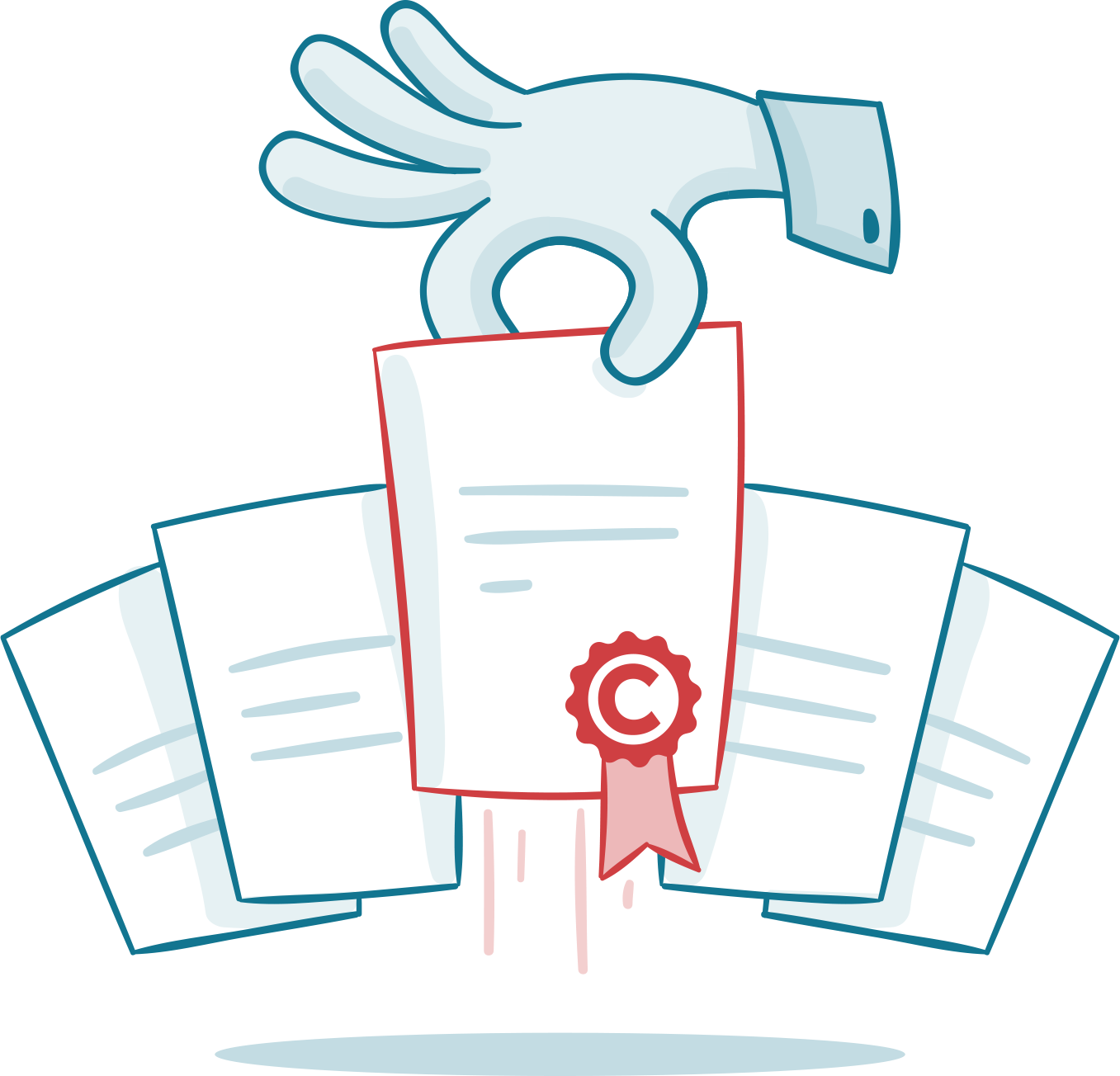 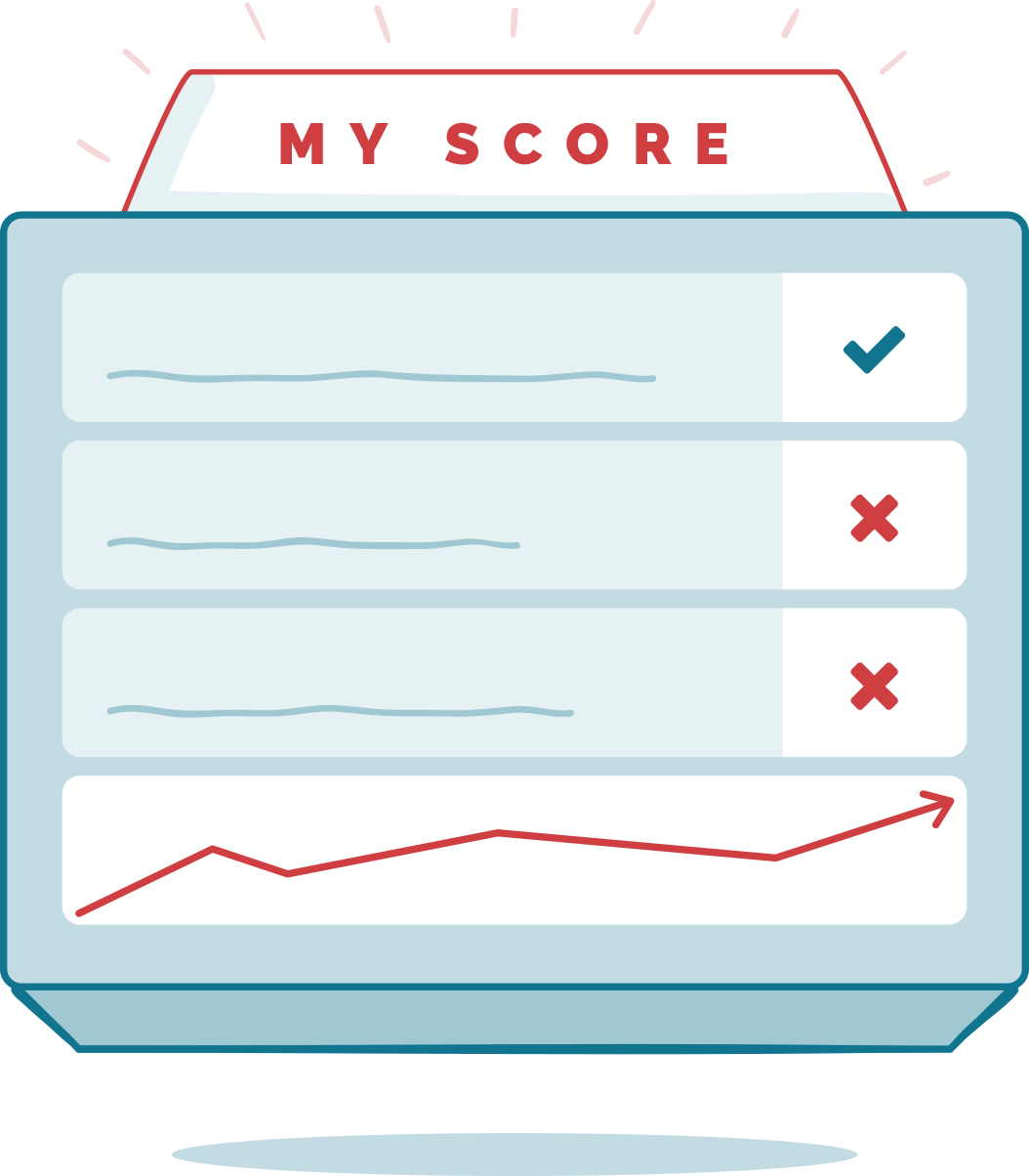