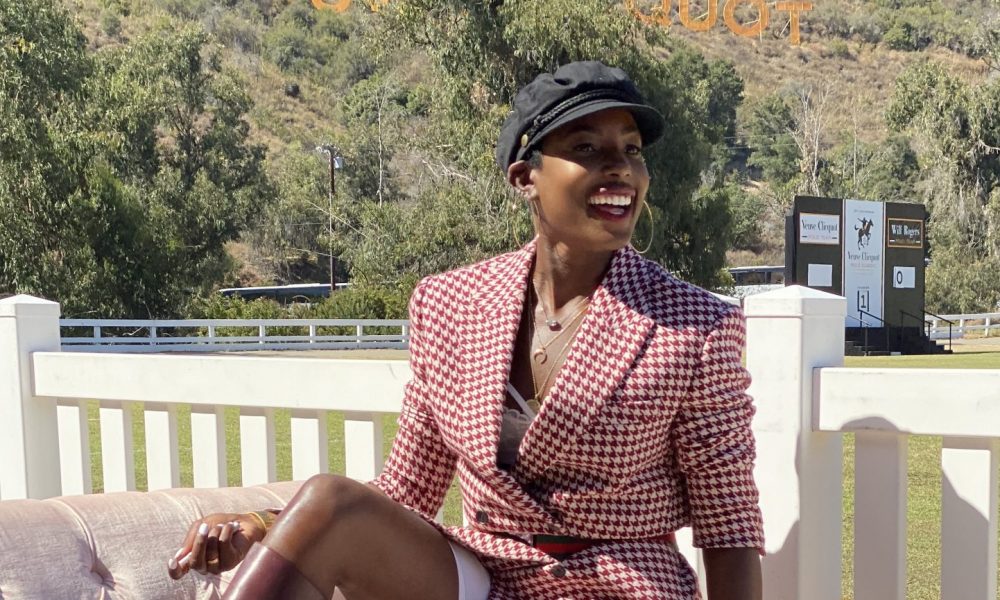 Today we’d like to introduce you to Courtney D. Bright.

Thanks for sharing your story with us Courtney. So, let’s start at the beginning and we can move on from there.
I am BLESSED! I definitely wouldn’t be where I am today if I didn’t put GOD first in my life. I was blessed to grow up with both parents in my household until losing my dad to lung cancer in July 2018 (RIP Daddy). My mom, who was an elementary school teacher, always made sure I was very actively involved in school and extra-curricular activities all the way through college. When I think about my childhood and adolescent years, I am always happy to reflect knowing that I served as a school president, captain of the marching band, captain of the track & field team, and many more titles that I held before my name. When I wasn’t in school, at band practice or traveling with my track team, I was at church.

Church has played a very important role in my life. When I was 15 years old, I was blessed to travel to Barbados to do missionary work with The National Baptist Convention and The Foreign Mission Board. This trip changed my prospective of life, humbled me and made me so grateful for the little things that I once took for granted. The trip wasn’t just about giving to the less fortunate, it was hearing stories told by the natives, holding their babies, walking their streets, eating their food, painting their churches, attending their services and taking a big piece of them with me when I left. I am forever grateful for Tenth Memorial Baptist Church & The National Baptist Convention for trusting me to go to Barbados and help build churches, schools and outreach ministries. Traveling to Barbados helped broaden my horizon because there was so much more of the world that I wanted to see. Not only did I fulfill my mission, but I learned a little bit more about myself and discovered my love for traveling. Still to this day, I continue to travel to other countries whether it’s for leisure or business.

In 2009, I was offered an amazing opportunity to study abroad in Tokyo, Japan for a semester. My college – Temple University – (go OWLS!) had a campus in Tokyo and my major at the time was International Marketing. I had already taken two years of Japanese at my previous college (Hampton University) but my love for Japan was deeper than just learning how to speak Japanese. I loved the fashion, culture, temples, hot springs and of course the food! It only made sense for me to take advantage of this opportunity, which I am happy that I did. Not only did I make life-long friendships, but I snagged an internship at Empire Entertainment. Empire Entertainment is where my career in Entertainment Marketing began.

Fast-forward 10 years, I have since worked with Queen Latifah, Sheryl Lee Ralph, and “Sugar” Ray Leonard. I have raised over $1,100 for Alzheimer’s Los Angeles in 2019. My team was “Busters Knuckleheads”. I am a Big Sister with Big Brother, Big Sister of Greater Los Angeles. Currently, I have the pleasure of working in the film industry as the Manager of Strategic Partnerships at American Film Institute.

Overall, has it been relatively smooth? If not, what were some of the struggles along the way?
When I think about has my career journey been a “smooth road,” I reflect on what Oprah Winfrey once said: “Nobody’s journey is seamless or smooth. We all stumble. We all have setbacks. It’s just life’s way of saying, time to change course”.

After college, I worked for the Philadelphia Phillies during the 2011-2012 season and unfortunately, my contract wasn’t renewed. That’s ok, I was young and ambitious, so I moved to New York with no job and $1,300 in my savings account. Two weeks after I moved, we were hit by Hurricane Irene. The damage from the hurricane caused a major setback causing me to return to Philadelphia for two weeks and losing all of my interviews I had lined up. Losing those interviews made me question my decision to go back to New York but I went back more determined to win! I ended up landing a job with WCBS-TV and loved it!

Two years later, I visited Los Angeles in November for the first time and absolutely fell in love. I ended up going back for my 25th birthday a few months later in February. When I returned to New York, I put in my 1-month resignation at CBS and moved to Los Angeles on April 15, 2014…with no job and $3,500 in my savings account…again! I remember flying from Philadelphia to Los Angeles on a 1-way flight having mixed emotions. Kind of the same emotions I felt when I landed in Tokyo almost five years earlier. I was scared and happy for this new chapter of my life. When I landed, “Golden” by Jill Scott came over my headphones and, in that moment, I was super excited to be picked up by cousin because I knew everything was going to be okay but to be honest, Los Angeles was a lot harder than I expected. I was further away from my family and friends. I did not know the area very well, but yet again, I took this leap of faith taking a chance that everything would work out. I knew this trip to LA was not a vacation and it was time for me to buckle down. I ended up working in retail for the summer before I was blessed to return to the corporate world.

Since living in Los Angeles, I have been laid off twice. I have been told NO waaayyyy more than I’ve been told YES. But what I’ve learned most is that you only need one person to believe in you! Just one and you’re golden and that one person is YOU! Never give up. Just change course…What I call a narrative shift!

Alright – so let’s talk business. Tell us about American Film Institute – what should we know?
Currently, I am super excited to say that my career journey has landed me at the American Film Institute. I am 1 of 2 managers apart of a small but dynamic group of four individuals that make up the Strategic Partnerships team. At AFI, I manage the partner fulfillment program, AFI’s corporate giving program in support of the Institute’s operations, exhibition programs, the AFI Conservatory, AFI Special Events and special projects.

I recently finished my first AFI FEST presented by AUDI on November 21, 2019. Over eight days, artists and audiences come together to experience and celebrate the best cinema of the year. I had the pleasure of partnering with top companies such as AUDI, American Airlines, AT&T, Netflix, Warner Bros., National Geographic Channel and ESPN 30-for-30. I also worked with top publication companies such as The Los Angeles Times, Wall Street Journal, Variety Magazine and The Hollywood Reporter. This year we opened AFI FEST on November 14, with Queen & Slim directed by AFI alum Melina Matsoukas and written by Lena Waithe. On November 20, Hollywood stars came out in support of Richard Jewell, the latest film from AFI Life Achievement Award recipient and Academy Award winner Clint Eastwood. For the closing night, on November 21, the Gala screening of Marriage Story, director Noah Baumbach and star Laura Dern walked the red carpet.

What makes me most proud about working at AFI is my Strategic Partnerships team. We are a fairly young team, but we work well and hard together due to great leadership skills we possess.

Any shoutouts? Who else deserves credit in this story – who has played a meaningful role?
You know the saying “It takes a village to raise a child”? Well, that child is me. Not only was I raised by my mother and father, I was blessed to have a ton of immediate family and church family help raise me and watch me grow into the woman I am today. My friends have also played a major part of my journey. They have always cheered me on and been a shoulder to lean on when needed. I am blessed to have a lot of friends in the states and international that are always there when I need them. Shout out to all my family & friends! I really love ya’ll! 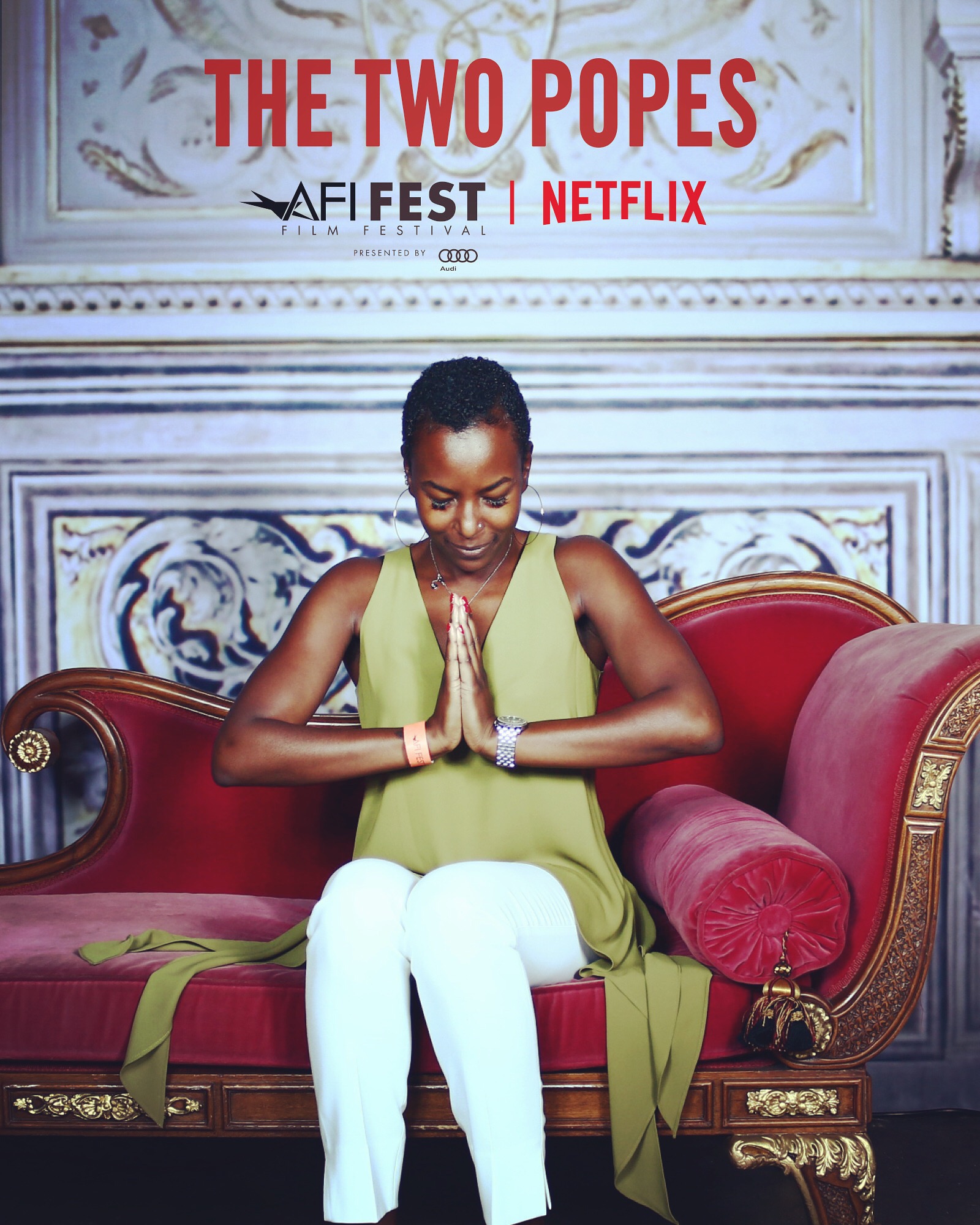 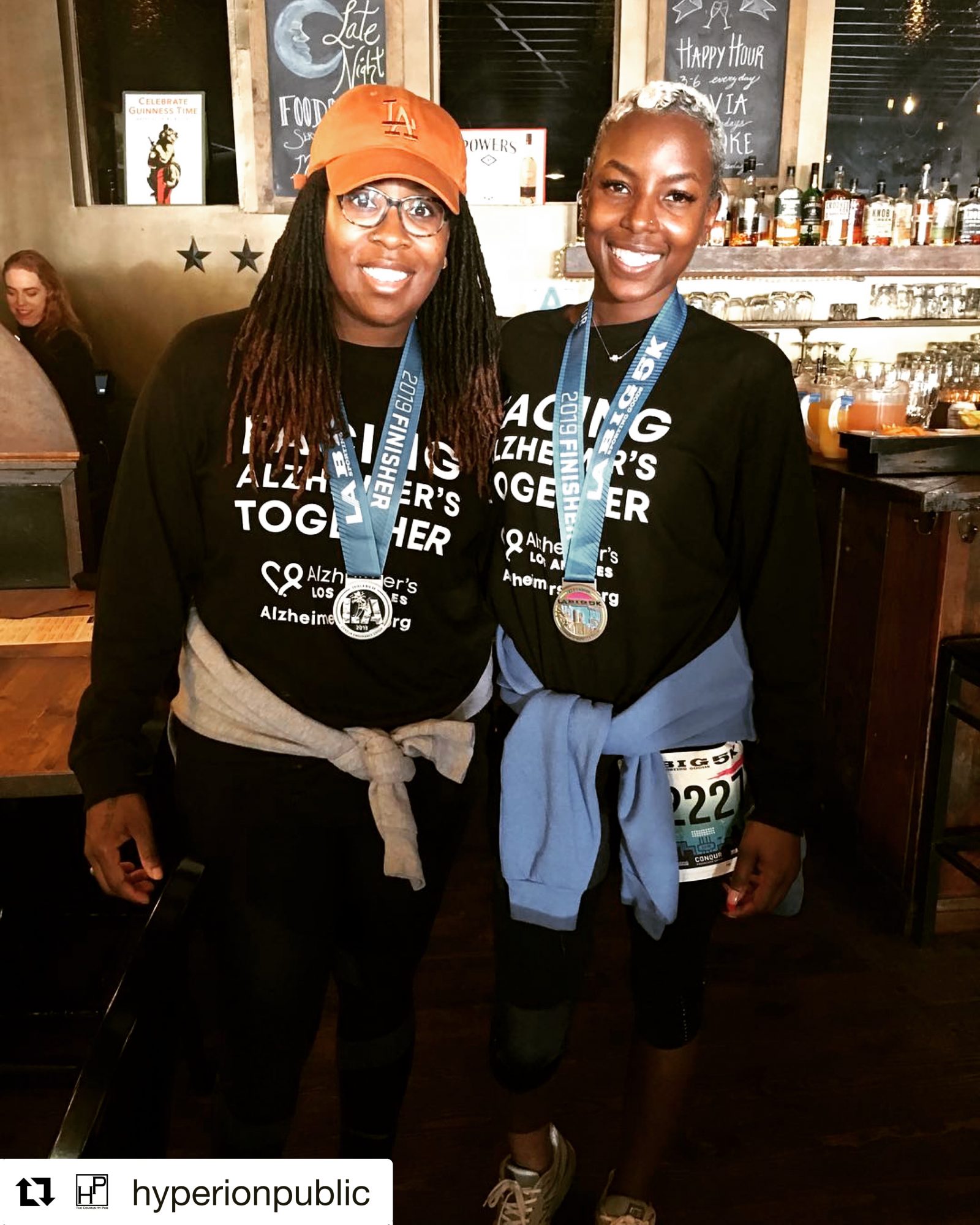 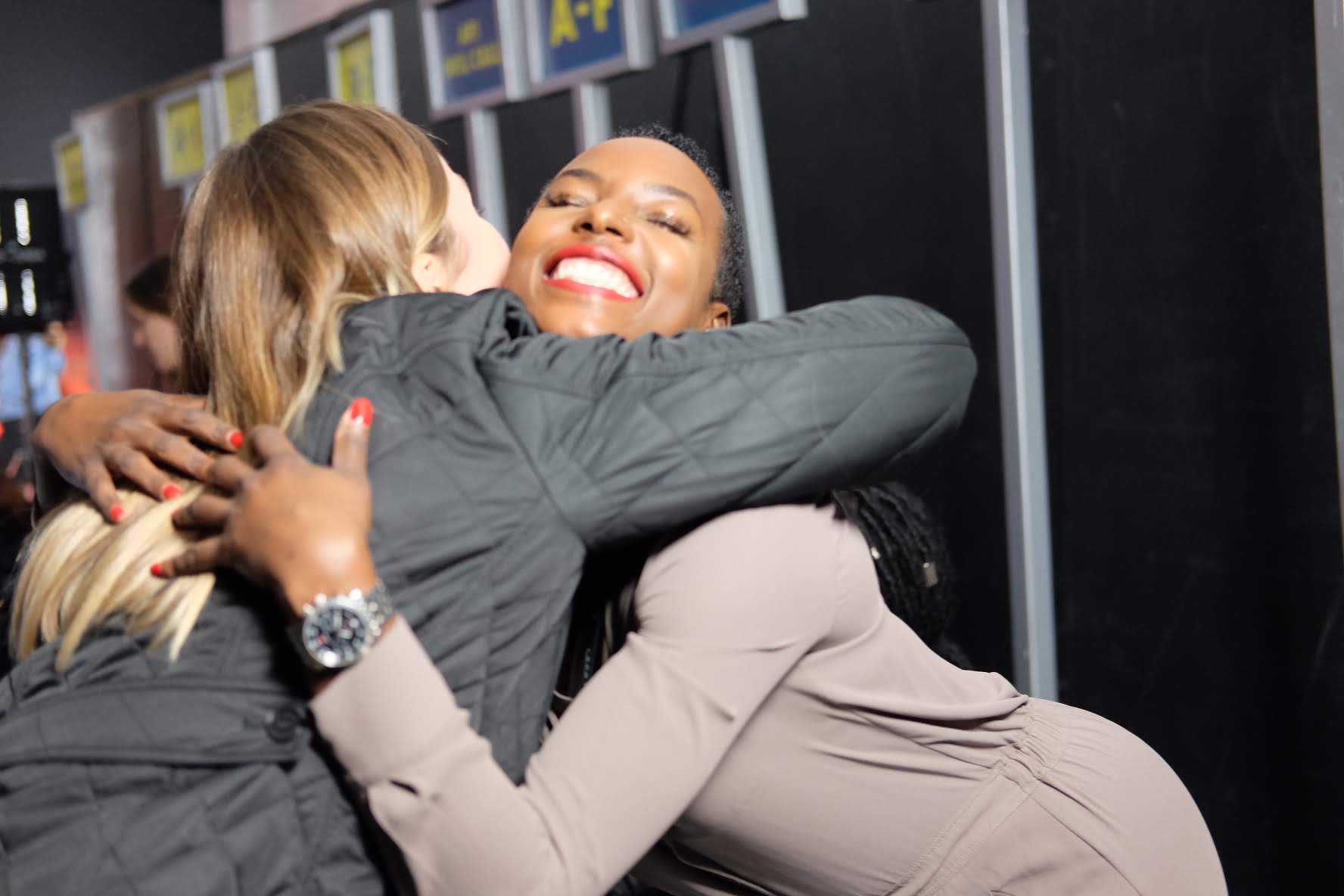 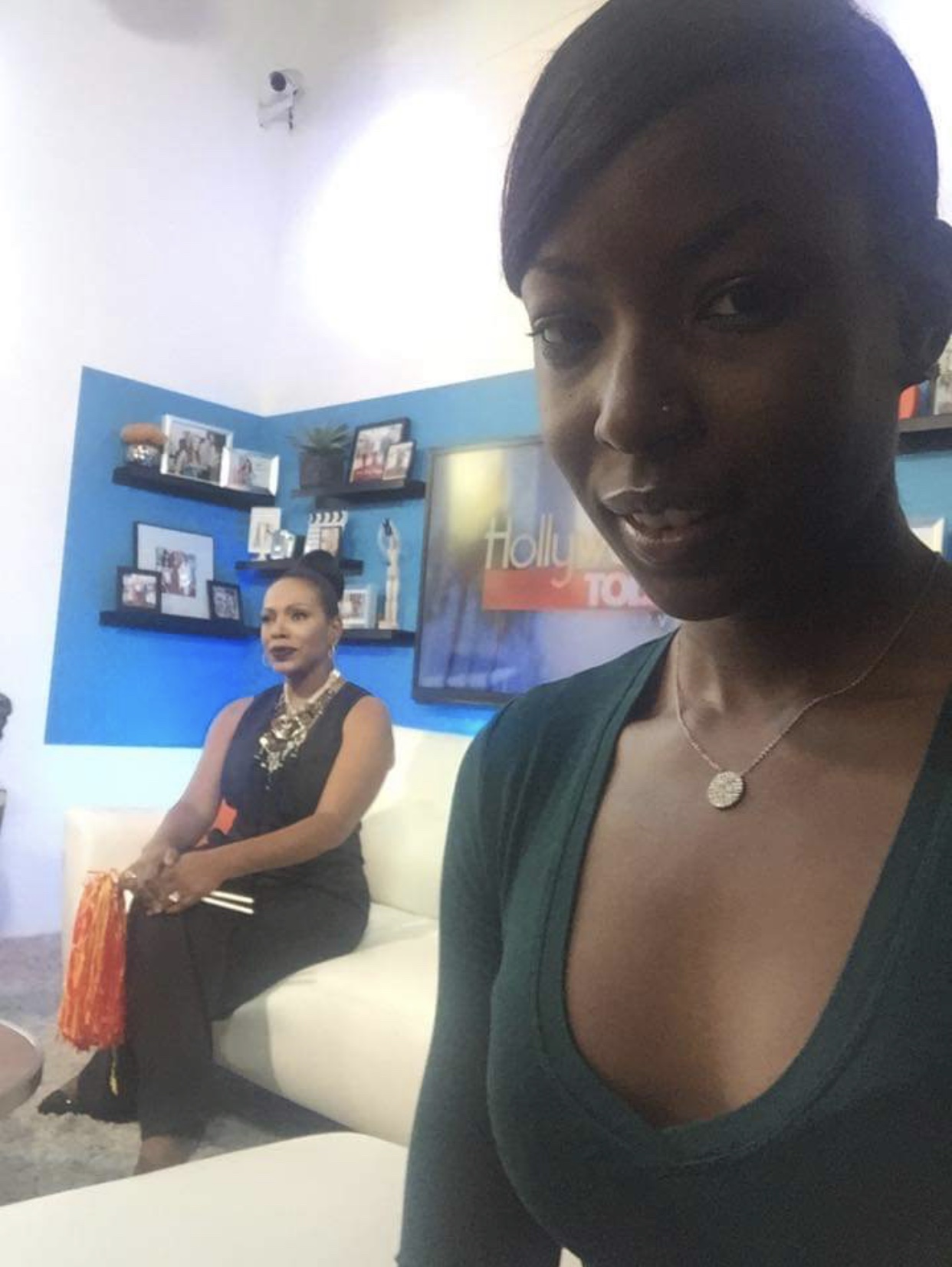 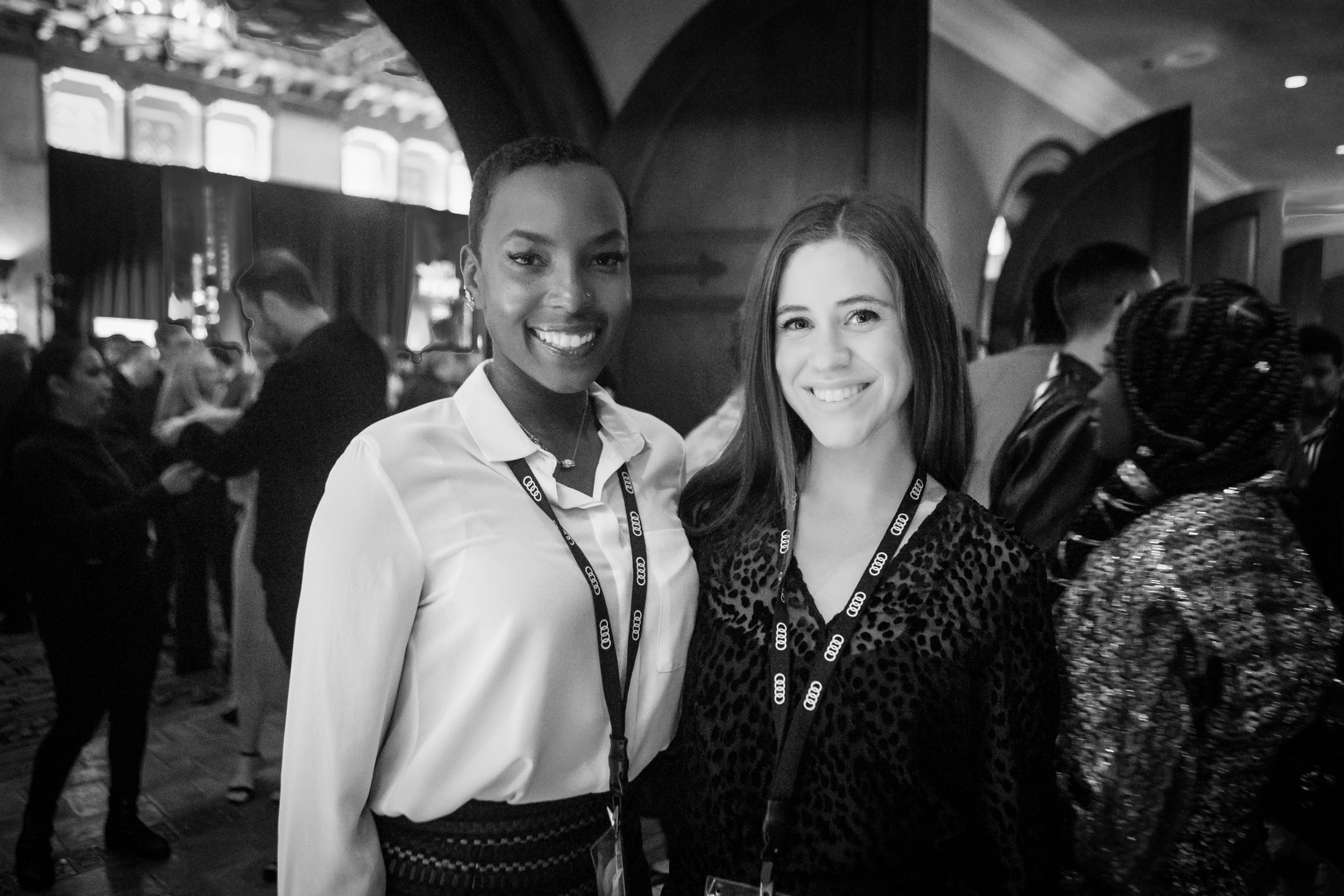 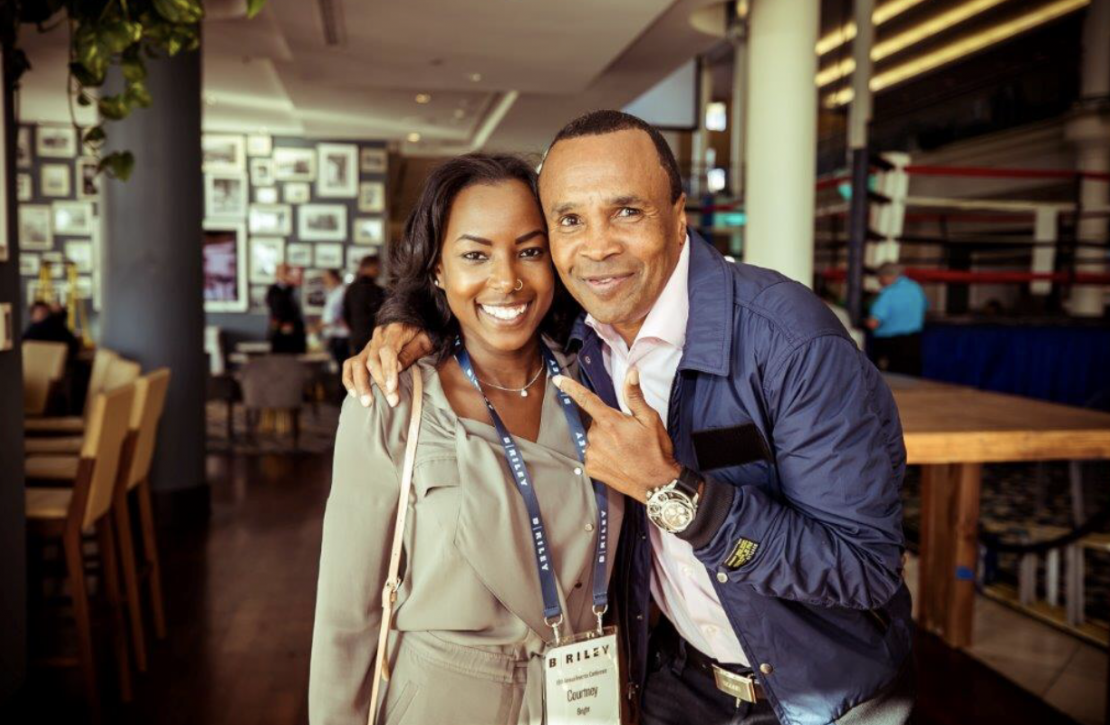 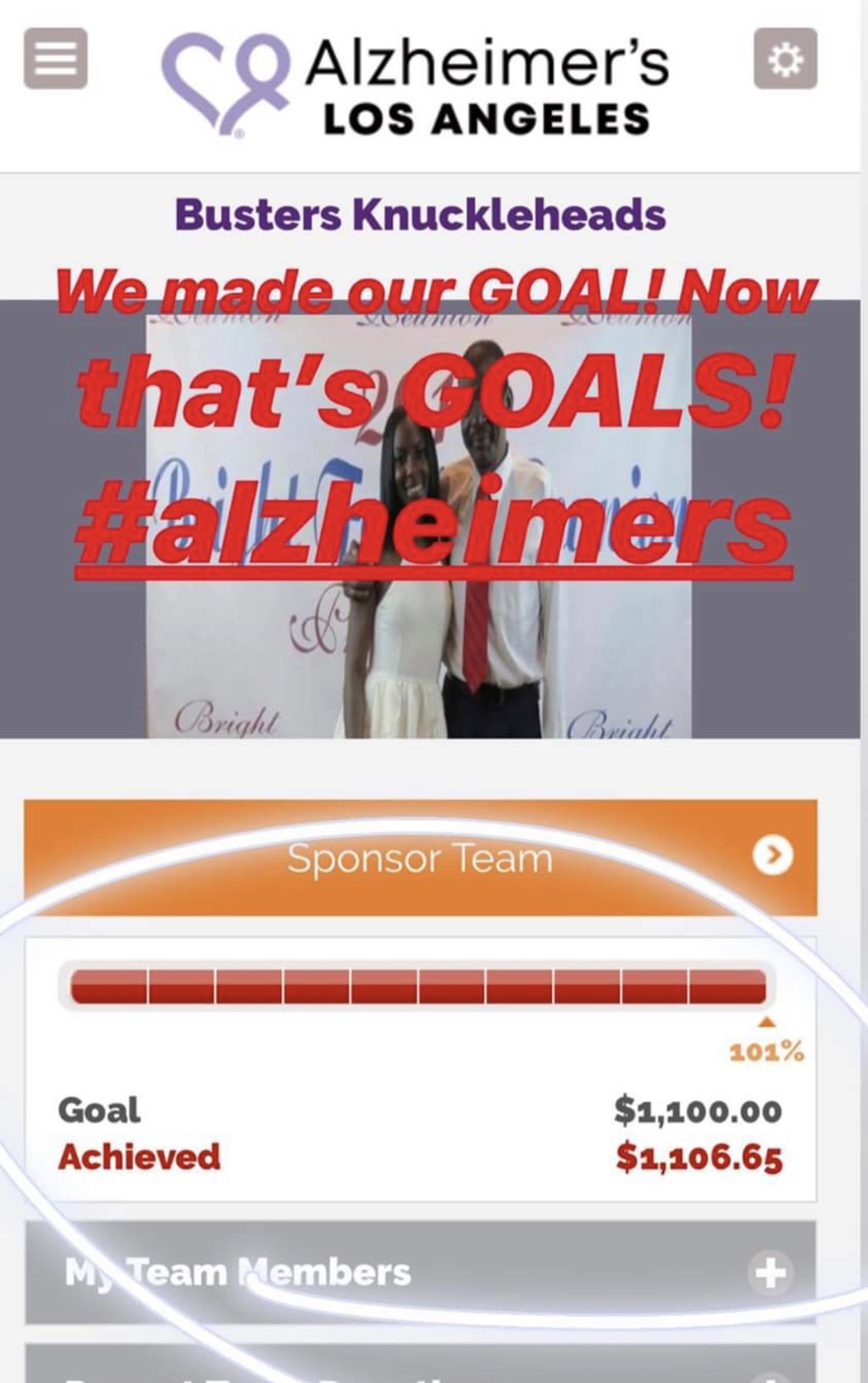