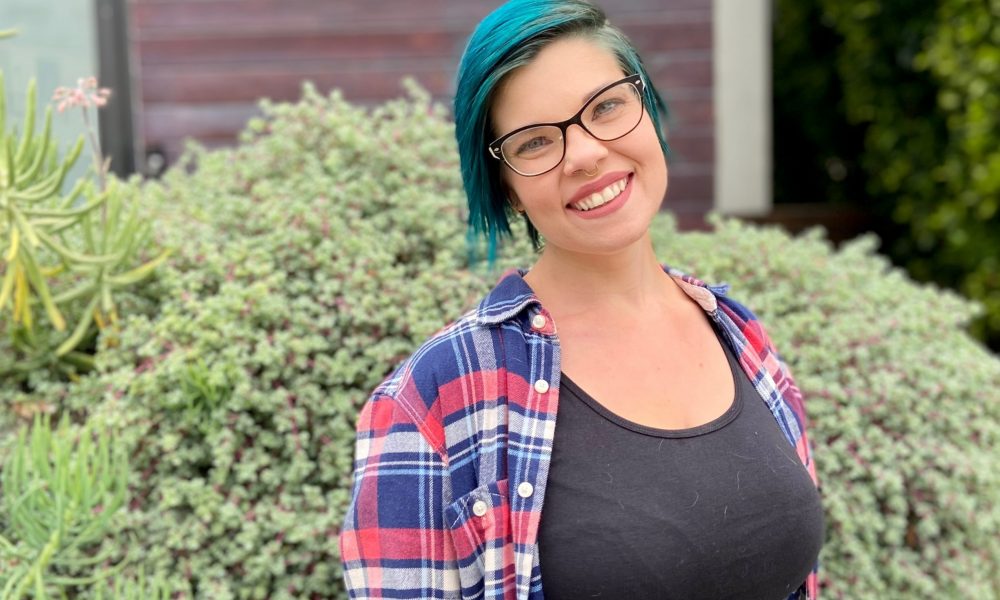 Today we’d like to introduce you to Courtney Case.

Courtney, please share your story with us. How did you get to where you are today?
I grew up in the valley and for as long as I can remember, I wanted to be an actress. I didn’t have a “stage mom” type mom (which I’m now very grateful for), so I settled for acting in school and attending classes on weekends. I always said that if I decided to quit acting, I would work with dogs. I never had dreams of being a vet, but I did just about anything else. In high school, I volunteered with a dog and cat rescue. I even roped my mom into letting us foster a few animals and somehow only ended up adopting two cats at the end of it. After high school, I worked at Euphuria Pet Salon in North Hollywood for a couple of years as a bather and later an administrative assistant.

In 2010 I decided to move to New York with two suitcases and a lot of optimism. After a few years of bartending and working on some student and indie films, I started feeling burnt out. I didn’t see a direction for my acting career, I hated working in bars and restaurants and the idea of having to continue it to float my acting career felt unbearable at the time. I gave it one last shot by writing, producing, directing and starring in my own web series, with the help of my best friend. We spent a few months writing, casting, shooting and editing. It was fun and difficult and rewarding. At the end of it, I realized I didn’t want to pursue acting anymore. I was done with the film.

I had a friend at the time who did some dog training part-time. I started shadowing her to visit clients and reading the books she recommended. A few months later, I was sure I was on the right path. I was anxious to get some hands-on experience of my own and learn from other people as well. I started working at Petco as a dog trainer. I knew Petco trainers were generally looked down on by other trainers, given the lack of knowledge necessary to be hired. I also knew it would be a great stepping stone for me. A way to learn the basics and give me time to continue my education.

In 2017, I decided to move back to LA. New York is wonderful in many ways and it is also an exhausting city to live in. I missed my family and the sunshine. I transferred with Petco initially and stayed for a few months before getting restless. After leaving Petco, I got hired at two different training companies. One of which taught me a lot of things I don’t want to do with my own business. And another where I still work now. My mentor, Janine, with J9’s K9s has been an absolutely amazing boss/mentor. In the past two years, my knowledge and understanding of dogs and dog behavior has increased exponentially. She’s always generous with sharing her knowledge and is supportive of me having my own business. Paws and Effect Dog Training is still in it’s beginning stages, but I’m excited and optimistic about where it will take me.

Overall, has it been relatively smooth? If not, what were some of the struggles along the way?
In some ways, it’s been a smooth rode and in others it hasn’t. I struggled with giving up on the career I always thought I wanted. There was a sense of pride in saying “I’ve always known what I want to do.” Now, I think it’s okay and for many people, important to have different stories to tell and different paths to try.

I find it sort of ironic that currently, my biggest struggle is marketing myself. I left acting, in part, because I didn’t want to be a product. I held myself back from doing things I wanted to for the sake of appearing “marketable” or like a “clean slate.” So even though now I have the freedom to have visible tattoos and dye my hair fun colors, I still have to market myself. I think our society values humans-as-brands more and more lately and it can be daunting to reduce yourself to a series of hashtags.

Since we’ve been sheltering in place, the biggest struggle has definitely been transitioning to virtual sessions. The sessions I am getting are really effective and are running smoothly. It’s forced me to get better at explaining things, rather than showing. I demo with my own dog, but I’m still coaching people in a different way than I had before. The trick is getting people interested. Everyone is so stressed and unsure of the state of.. well, everything right now. It’s hard to get people to prioritize their pets. They pick up on our stress though! It’s important to make sure they’re still given structure and stimulation.

Paws and Effect Dog Training – what should we know? What do you do best? What sets you apart from the competition?
Paws and Effect Dog Training is all about problem-solving. People call us when their dog is doing something they want to stop. We use “positive reinforcement” to get better behaviors from dogs. Which just means we’re focused on teaching our dogs what we DO want them to do, rather than constantly correcting what we DON’T want.

Secretly though, it’s about helping people build better relationships with their dogs. If we’re more aware of what our dogs need to be happy and healthy and we’re providing those things, they’re much less likely to get into trouble. It sounds simple, but I can’t tell you how many clients I’ve had who an 80% of their problems were fixed simply by adding more exercise or mental stimulation to their dog’s daily routine.

We work with a lot of dogs who are reactive on leash; dogs who bark, lunge and pull toward other dogs or people when walking. It can be really scary and frustrating to have your otherwise sweet, loving, playful dog suddenly do a Cujo impression when you try to pass another dog on the street. It takes time and a lot of patience, but when the work is put in, so much progress can be made to help these dogs feel safer and more confident. It’s all about teaching them that, as the human, we’re looking out for them and they don’t need to defend themselves.

What is “success” or “successful” for you?
Success for me comes in steps. First, it was getting certified. When I did that, it was starting my own business. Now, it’s growing that business into something that provides me financial stability. Hopefully, it will become a business where I get to hire other trainers to help me and, in turn, help more dog owners. 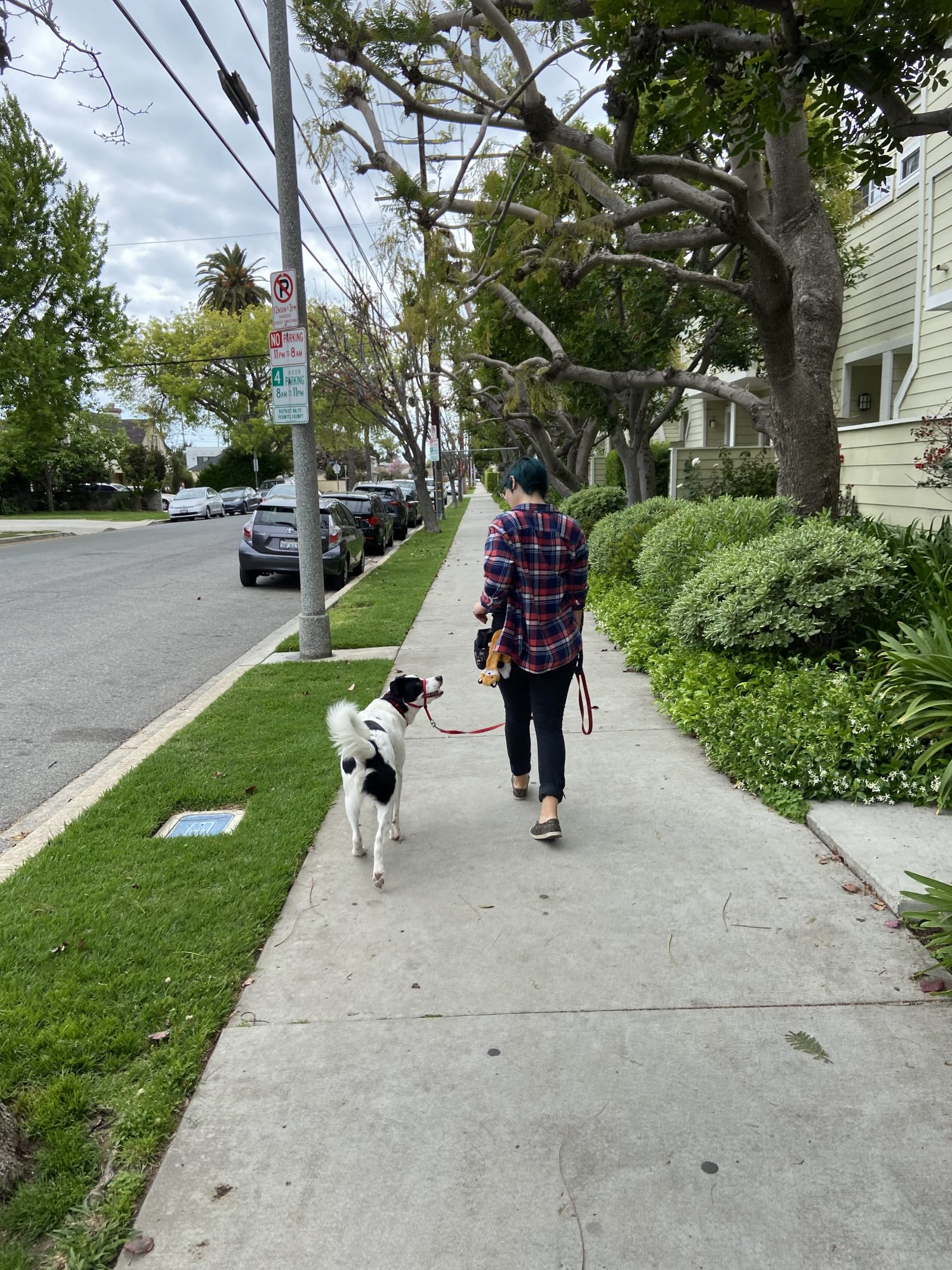 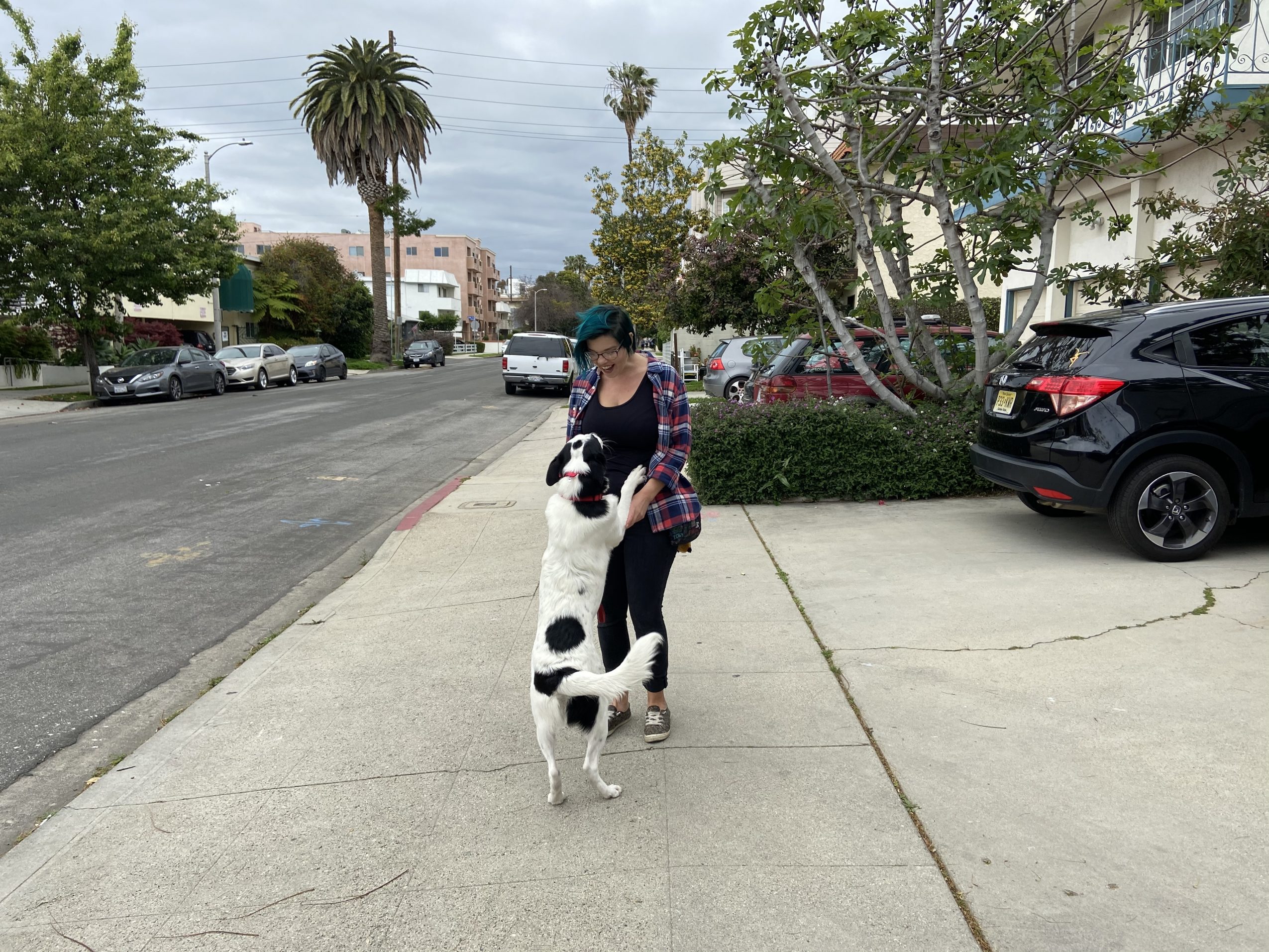 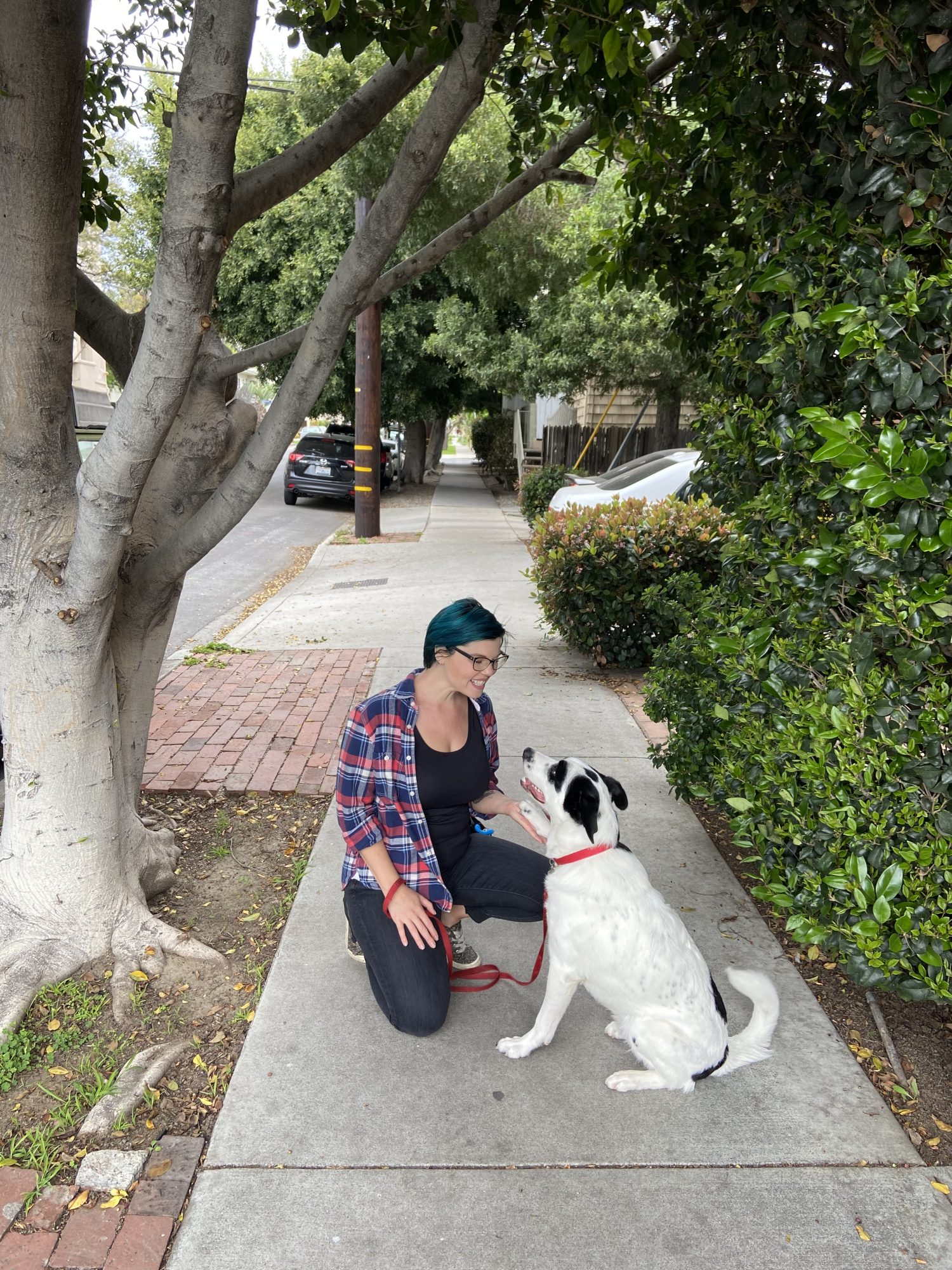 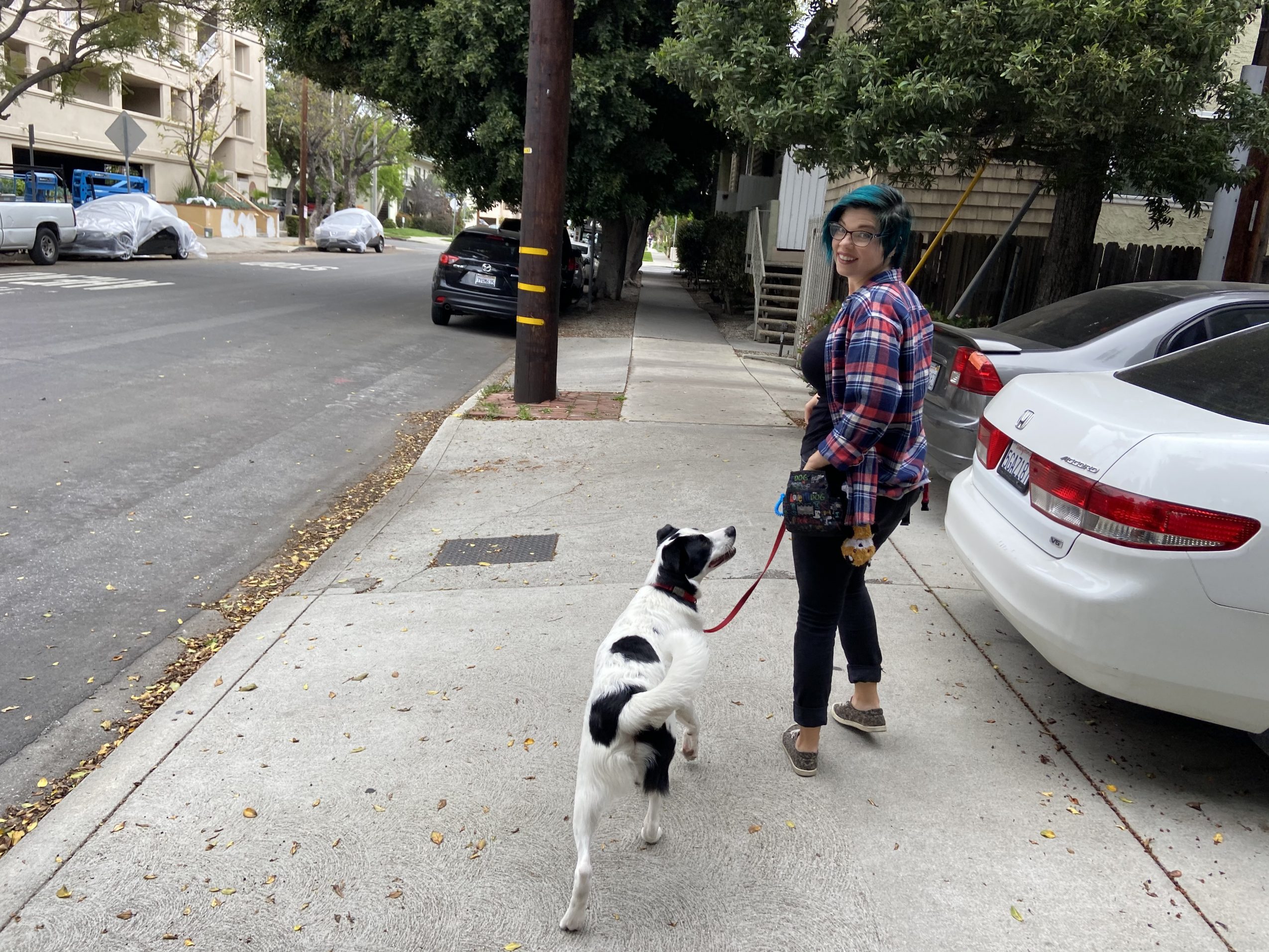 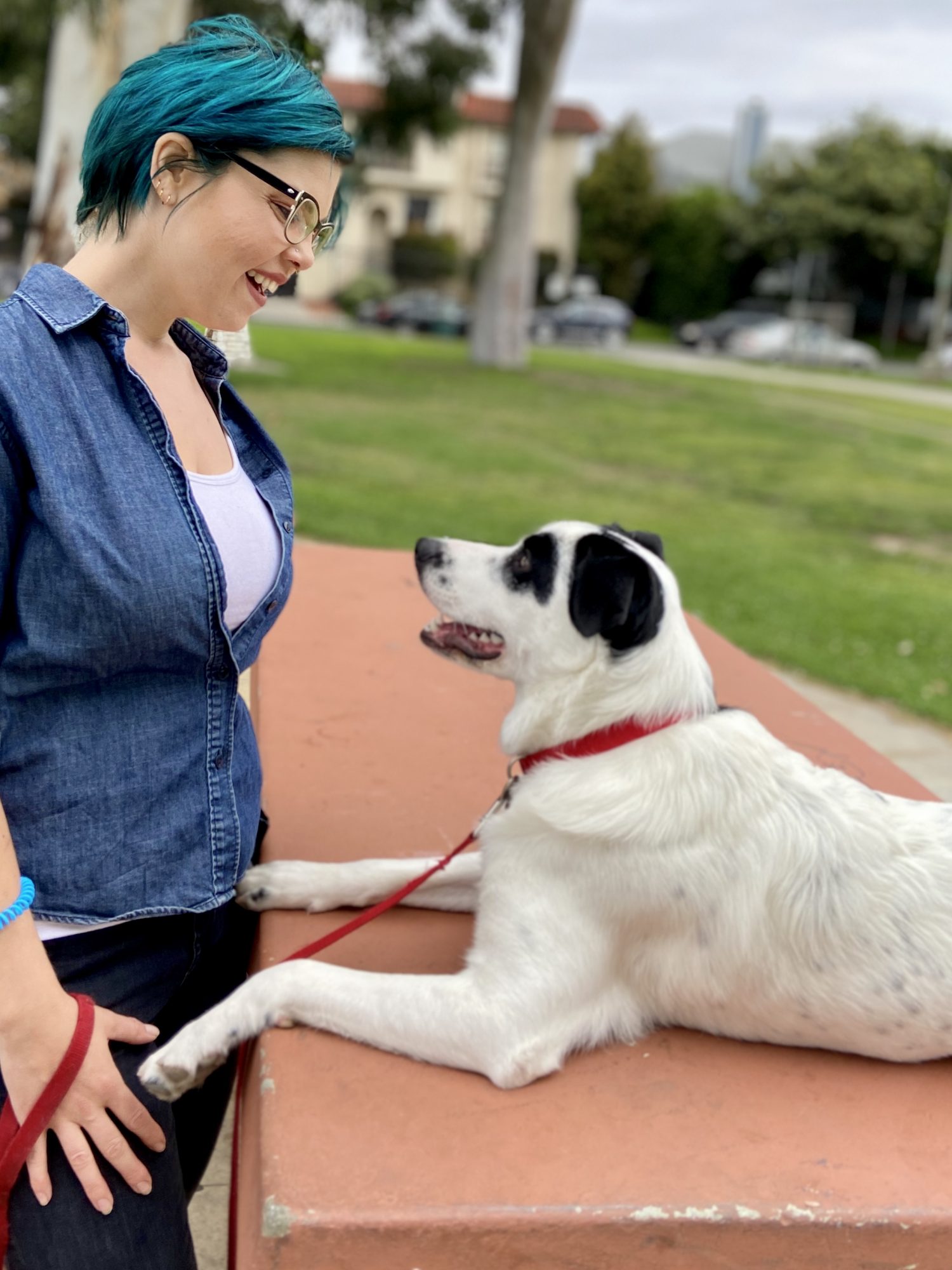 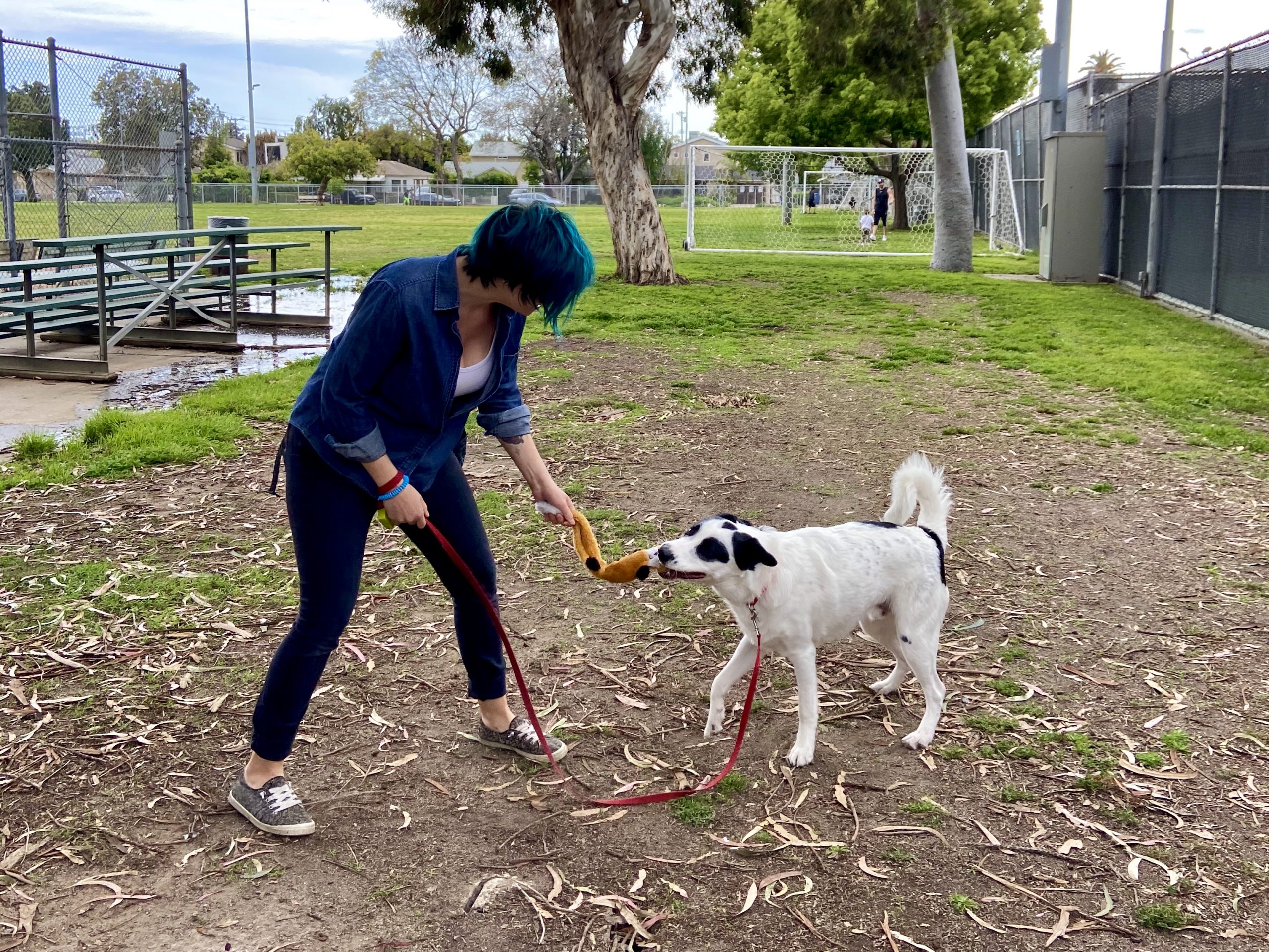