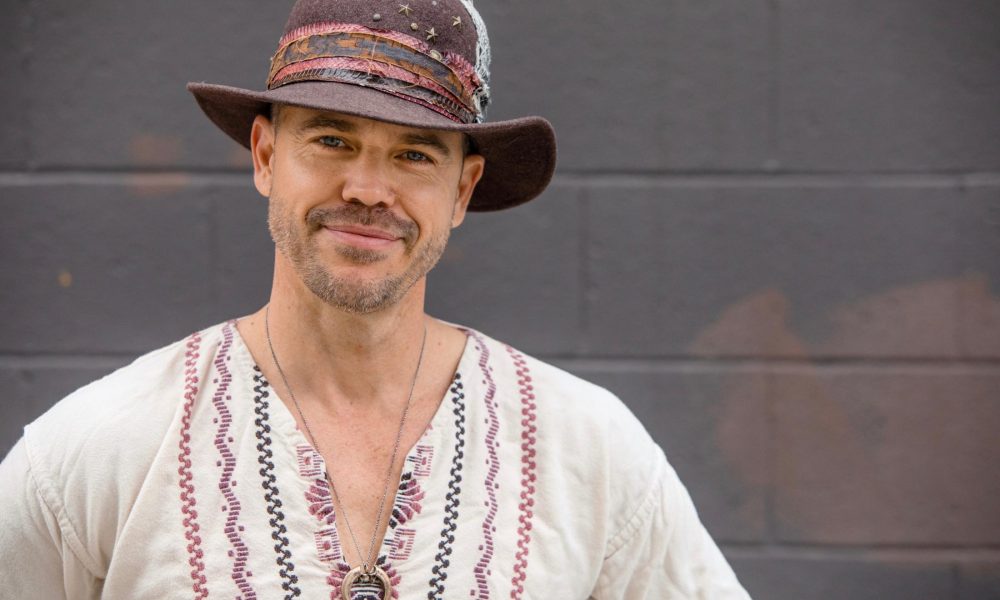 Today we’d like to introduce you to Ryan Seaman.

Thanks for sharing your story with us Ryan. So, let’s start at the beginning and we can move on from there.
Los Angeles has been my muse since long before I took up residence on these fine shores twenty years ago. When I was seven years old, my parents loaded my older sister and me into the wagon queen family truckster – Clark W. Griswald style – and drove us cross country from the cornfields of Nebraska to sandy beaches of southern California. The first moment I laid eyes on the Pacific ocean, I forever hooked and knew I’d found my home.

Fast forward two decades and a most unusual fate landed me in the role of Harold Wentworth, the first ever gay character on Days of our Lives. As a hetero-identified male (stage name: Ryan Scott), from one of the most red states in the union, exploring homosexuality for that role had a profound impact on my journey of self-discovery. I was basically given license to explore my feminine side, which for me was a revelation. As I peeled back the layers of conditioning and cultural imprints that informed who I thought I was, and what I thought it meant to be a man, I discovered aspects of my self I otherwise would likely have ignored. This opened me to a deeper sense of empathy for all forms of human expression and led me on a deep dive into examining all aspects of the human condition. This coincided with the upheaval of my entire world by way of my Saturn Return – an astrological transit that we all endure in our late twenties – and in order to comprehend the transformation this transit portends, I began devouring the astrological works of Bill Herbst, Robert Hand, Liz Greene, and Richard Tarnas, among others. As I better understood my unique cosmic attunement, I found myself gravitating away from the dramatic arts and into the healing arts.

It is said that when the student is ready, the teacher appears. This has been true for me on more than one occasion. Shortly after meeting the brilliant Dr. Fred Mitouer (www.somaticagency.net), I trained and apprenticed in the art of transformational bodywork with him and his wife Cheryl for many years. In 2005, I met Mac McCrary, a man with whom I have spent over thirteen years studying the Fourth Way mystery school teachings of G.I. Gurdjieff, along with C.G. Jung’s Red Book, and several esoteric, cosmological and spiritual traditions. After traveling to India together, Mac and I were called forth by the muse to distill a great many of these teachings and traditions into a sci-fi franchise titled “The Medicine Gate”, which we are releasing as a graphic novel series. Book one is due to be released in June of this year. To read more about this epic saga, and the board game, video game, and web app we’re developing out of this material, as well to order a copy of The Medicine Gate graphic novel, please visit www.themedicinegate.com.

Throughout my sixteen years of offering bodywork and astrology in LA and the SF bay area, the work I offer is bolstered five Buddhist empowerments; Emperor’s college of Traditional Chinese Medicine; certifications in Reiki, Acutonics, and Theta healing; several years of Aikido, Qi Gong, and meditation training; in-depth work and multiple dietas with medicine men and women in the jungles of South America; endless astrological studies and downloads in Egypt and beyond; multiple Vipassana meditation retreats; and a disciplined practice and study of yoga and nutrition. It’s proven invaluable for me to maintain a strong physical, psychological and spiritual practice, in order to better serve my clients and the unique cosmic attunement work I offer.

We’re always bombarded by how great it is to pursue your passion, etc – but we’ve spoken with enough people to know that it’s not always easy. Overall, would you say things have been easy for you?
The path of transformation is anything but smooth, so struggle is par for the course. Rather than list the many obstacles I’ve faced, it feels relevant instead to share insights I’ve gleaned as a result. Stepping onto a yoga mat, entering into transformational bodywork training, committing to “The Work” of Gurdjieff’s Fourth Way, endeavoring to learn a deeper awareness of astrology, and working with shaman throughout the Amazon, has led me to relate with the unconscious aspects of myself, what Jung refers to as “the shadow” in some of the most profound and unpredictable ways. In my longing to know and the assorted paths I took to learn, I discovered a longing to be. The realization of which necessitated looking at everything I am not. This, it turns out, is a dicey endeavor that requires far more surrender than I bargained for. Carl Jung summarizes this process beautifully…”Until you make the unconscious conscious, it will direct your life and you will call it fate.”

Let’s take the pursuit of acting, which for me had at its foundation the ego-based desire for validation. Delving deeper into this aspect of myself led me to reexamine my true purpose for choosing this precious human birth. What I discovered is the soul satisfaction I derive from selfless service. Rumi says it best…”When you do things from your soul, you feel a river moving through you, a joy.”

Time and again, some of the most difficult, even tragic moments of my life provided the most essential lessons necessary to show up fully in service to the dharma – my purposeful participation in, right relation with, and contribution to the whole of society. The pursuit of which has led me down the oft-uncomfortable path of realizing everything I am not. This is, of course, a lifelong journey that requires among many things, humility and grace. Many of my darkest nights, and what I learned by going through these rites of passage, have directly informed my healing sessions, my creative endeavors, and the fruits of my deepest meditations.

So, as you know, we’re impressed with Cosmic Attunement – tell our readers more, for example, what you’re most proud of as a company and what sets you apart from others.
Thanks to the incredible teachers I’ve been blessed to work with, and the space they’ve held so graciously for me, as well the gifts bestowed upon me by great creator, I have both the clear vision to see what is hidden in plain sight, and the fortitude and training to accompany my clients along their own hero’s journey of healing and awakening. As I see it, a person’s body and the natal chart of their astrology are roadmaps, both of where they’ve been and where they’re going. Navigating these seemingly disparate parts of client’s narratives with them allows for growth in the gross, subtle, and causal bodies. The saying “as above so below” is in direct reference to the transits of the planetary bodies orbiting the Sun, and the effect these transits have on human consciousness on planet Earth. It’s all written in the stars, and translated through the body. My job is to interpret, clarify, and assist in the integration of these frequencies to the best of my abilities.

So, what’s next? Any big plans?
In addition to launching The Medicine Gate sci-fi graphic novel, writing the next two books in this series, and producing the board game, video game, web app, and film franchise for the big screen, I’m currently in production on a Cosmic Attunement webinar series. This will offer people a unique way to learn the fundamental basics of astrology and how to use this lens of perception for Self-discovery and the enhancement of objective awareness. The aim for both of these projects is to assist people in corresponding with the accelerating waves of transformation that are pulsing through our cosmos, and how to become a point of order amidst the increasing chaos on planet Earth. 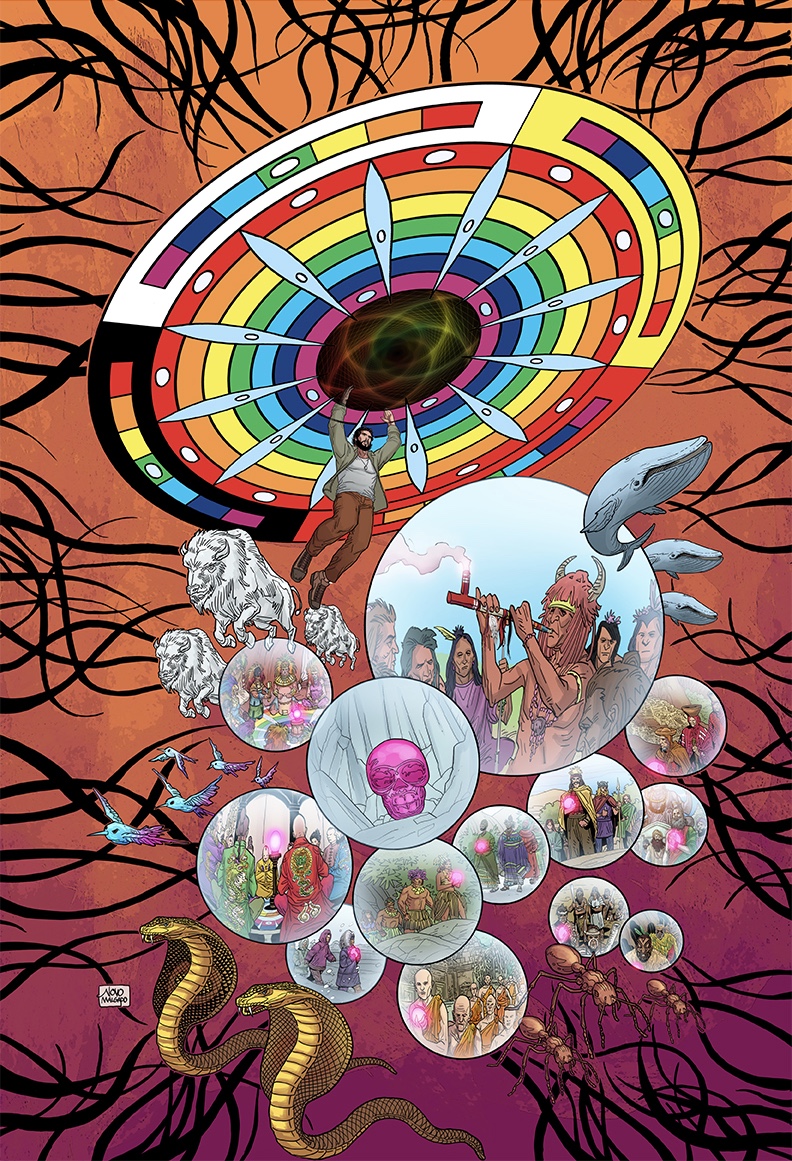 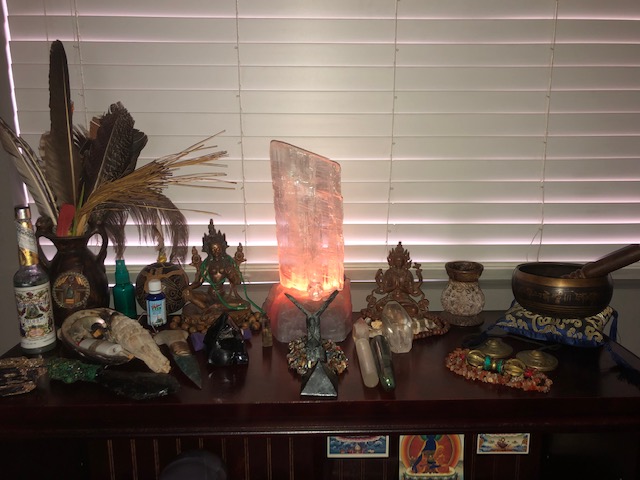 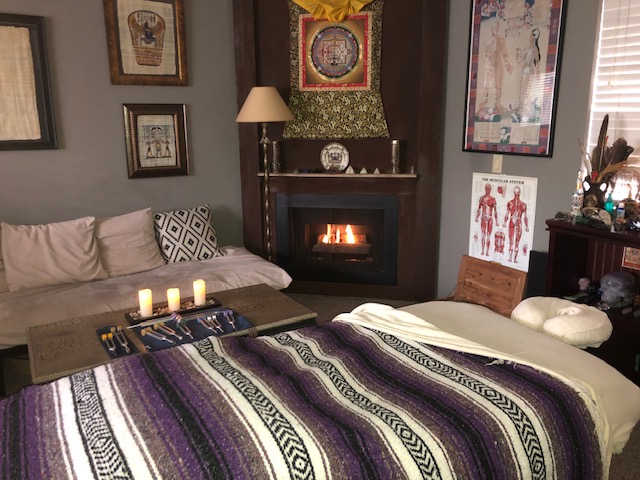 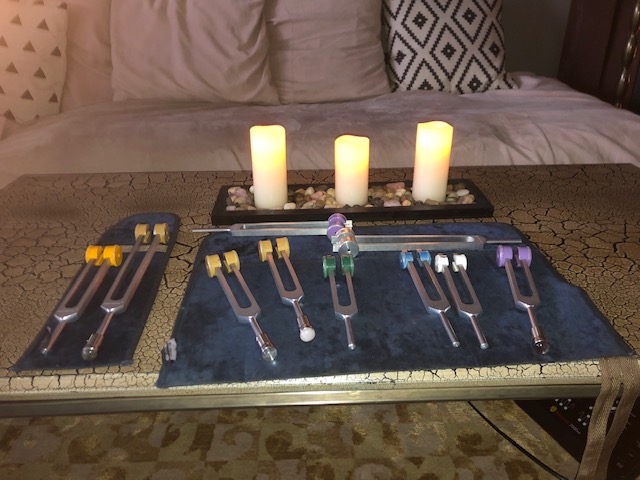 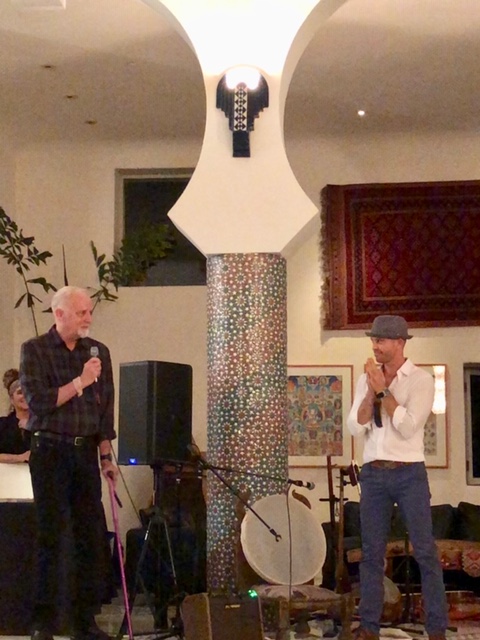 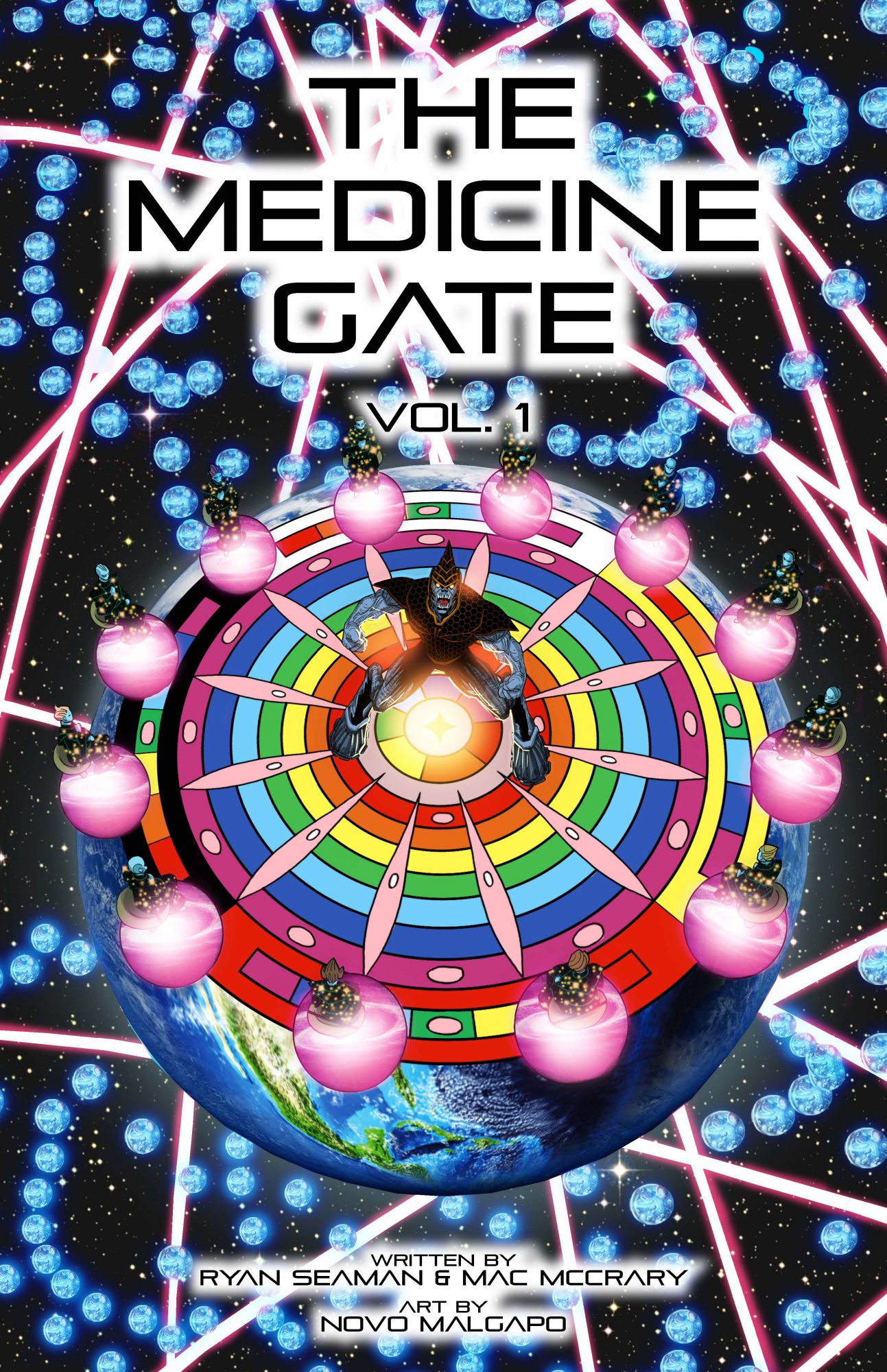 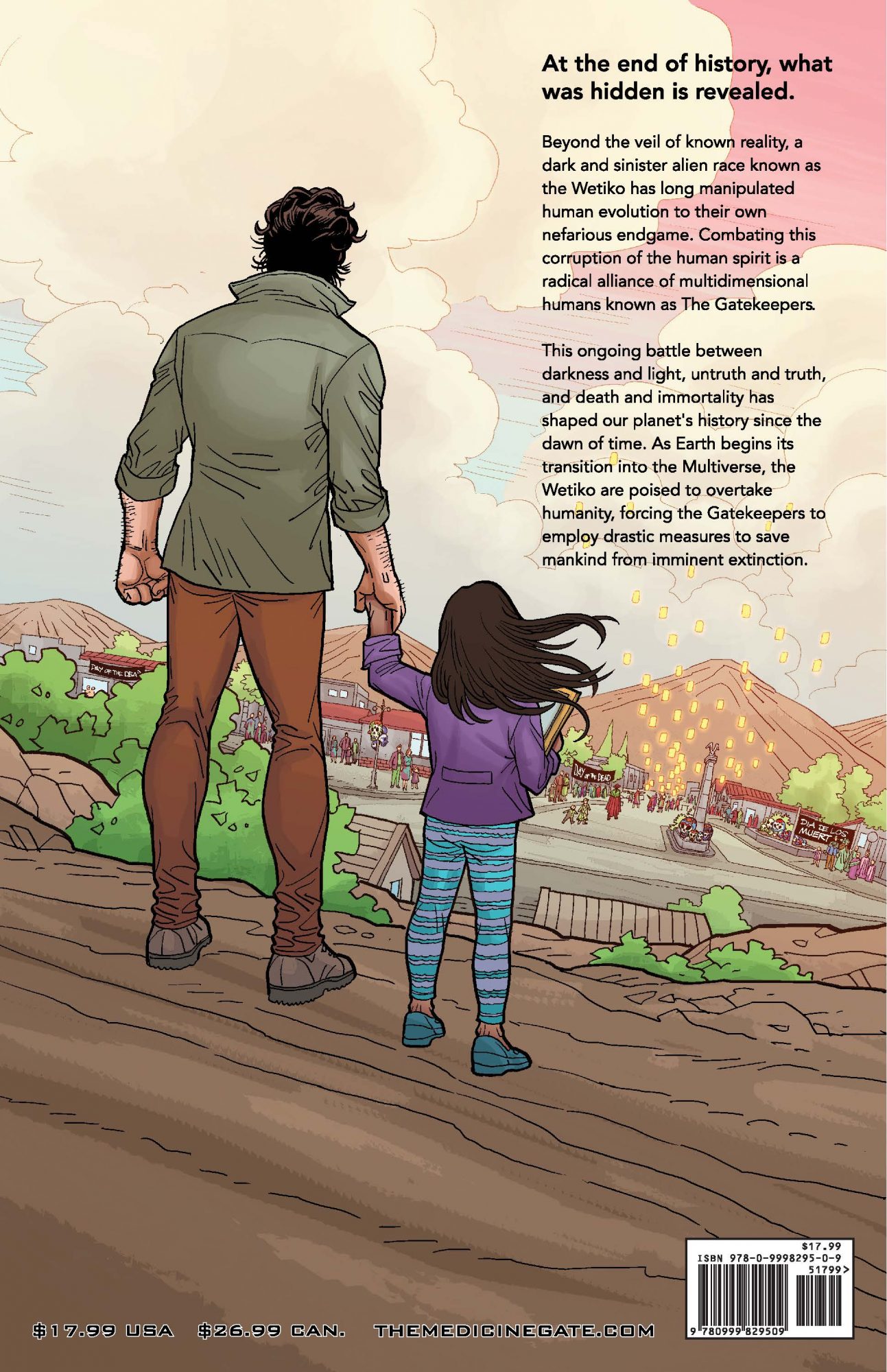 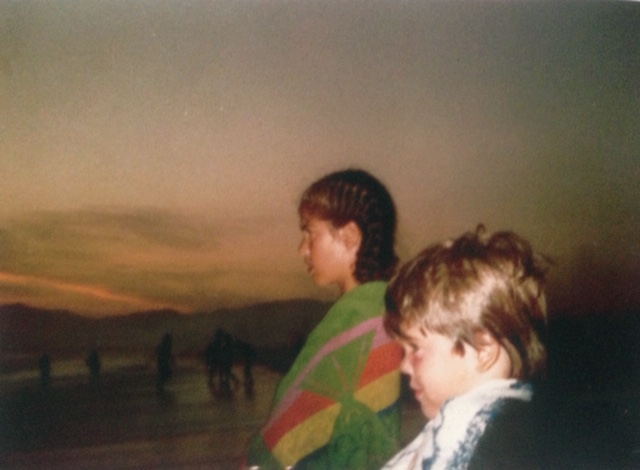