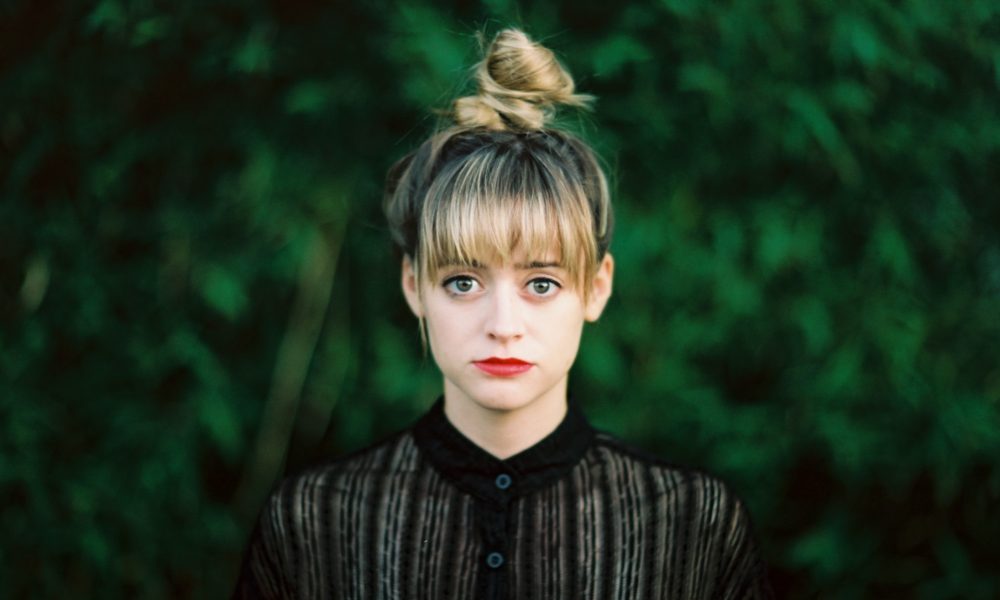 Today we’d like to introduce you to Corsica Wilson.

So, before we jump into specific questions, why don’t you give us some details about you and your story.
Well, I guess my story is mainly one about change. I was born as an only child to a Navy Lieutenant Commander and wife, stationed on the small island cluster of the Azores, off of Portugal. We were relocated every two years to a new home as my father got his orders. We lived in South Carolina, a couple of places in Connecticut, and the Mediterranean island of Sardinia, from which we traveled to as many places as we could. Since I was an only child, I would have to entertain myself on these trips, and so I was always playing pretend in these historical, beautiful places. It’s where my imagination blossomed. The constant change growing up and exposure to different countries sparked my curiosity at a young age for people and the unique cultures they belonged to. My dad retired from the Navy when I was nine and we had to adjust to a more permanent home in New Hampshire, which was its own kind of change to get used to: the lack of one.

I was always very shy growing up, and so that first summer in New Hampshire when I was nine, my mom enrolled me in a camp at a local museum called Strawbery Banke. It’s an outdoor historical museum made up of numerous old houses showcasing the evolution of the neighborhood from 1695- 1954. I learned about a real nine year old girl who lived in one of the houses during the Revolutionary War in 1777, and would improvise with visitors, answering questions of what life was like at the time from her perspective. It was like what I had done when I was living and traveling abroad, playing pretend in a historical context, in a world unlike my own. But now I had to interact with people, know my facts, and get them right. Overall, was it was a very impactful and inspiring experience; a chance to travel in time and my first glimpse into acting.

As I got older, my parents and I continued to travel, and my curiosity of culture and experience continued to grow. In high school, not only was I involved in theater, I also did volleyball, piano, Irish step dance, horseback riding, karate, Mock Trial, and I’m probably forgetting a few more. I realized then that I didn’t want to pick just one career path for my future, I wanted to know what they were all like.

I was accepted to the BFA Acting Program at Florida State University but didn’t realize just how intensive the program was focused on theater. I already knew I was more interested in film, and they said it would be so much theater that they didn’t even encourage you getting a minor or a part-time job and I was like, well, whoops, that’s not what I want at all. So I decided to change my major to Public Relations. It allowed me time to get two other minors and explore the independent Florida film scene, acting in a couple of small feature films before graduating. I also quickly became involved in the Florida State Film School as an actor in the many student films, which gave me a good idea of what to expect on set once I got to LA.

When I moved to the West Coast, I had the singular focus of an acting career, and I did everything I could think of to get work, but I didn’t realize how much that was limiting me creatively. There was the well-known catch 22 of always needing to be “available” to audition and yet also still needing to support yourself. I went through various side jobs, each with their own stresses and ultimatums where I had to choose between those very things: opportunities towards what I wanted, and jobs I hated but ones that provided me with the income to survive while I sought out those opportunities. Jobs in production would come up, or I would get ideas for writing, but I wouldn’t entertain them for fear that the commitment would pull me away from an audition, or time I could spend finding an audition. I had a few good jobs, but I was starting to wonder if the passion I had for acting matched what I was willing to sacrifice for it.

Then, a couple of years ago, I was struggling financially, barely living month to month, when I had an accident that pushed me even further down. As a mere want for an escape, I finally started writing and discovered it was a huge passion. I finally understood what the artist’s “high” was. It clicked in the most cheesy and joyful way and felt like everything opened up for me after that. Through the help of friends, I started getting small jobs in production, and with that focus and creative fulfillment through writing, I started booking more acting work in the last couple of years than all the previous years in L.A. combined.

Now I am working completely freelance as a writer, producer, and actress in commercials, TV, and film. I am still currently in that learning state, but I hope to only keep changing and sharing my experiences through my stories.

Overall, has it been relatively smooth? If not, what were some of the struggles along the way?
Such a bumpy road! At the core, I think most of my struggles have been about trusting myself. Especially as a creator, doubt is always lurking in the shadows, and while a little can keep you in check, too much can prevent you from true artistic expression. It’s a delicate balance that can be frustrating to maintain.

I am a big planner, I have several different notebooks that I keep attached to me at all times, but even the best planning can be pointless. I’ve learned to appreciate the obstacles in life because they reveal the important things. I think if you’re an artist and you’ve got challenges in front of you, you’re doing something right.

We’d love to hear more about your work and what you are currently focused on. What else should we know?
On the production side, I’ve been working for the past few years at various levels of producing, mainly with the L.A. branch of No-Office, a Finnish production company. As a part of a small team, I’ve gotten used to wearing many hats and taking on a lot of responsibility. I greatly value efficiency, and just like a creative high, it feels good to find a way to get out my organization and planning compulsions.

On the creative side, I love world-building, whether historical or fantasy, and I love the research and work that goes along in the writing and creation of them. For me, the stories and characters that I create are just part of the process of world-building. It almost feels out of my control, the story takes over and the characters are revealed to me. Recently, I have finished two historical fiction series, a family Christmas movie, a fantasy series, and I am currently developing several more historical fiction ideas, a sci-fi fantasy epic, as well as some other feature films. I’m also starting to write and produce a collection of short films that will explore stories from unique perspectives needing awareness. I’ve always been an observer throughout my life and my continuous travels, and I think even though I like to create big worlds, the point with all of them is that we are all going through the same things, we all have similar pain, and I hope with my stories, I can help people be more accepting of those who are different from themselves, and recognize that their own lives are influenced by more than what is directly in their own perceived narrative.

As an actress, I am most known for comedy and commercials, but I have some content coming out soon that will showcase more fantasy and action, which I’m excited about: a feature film called Popper Baxton’s Sickly Stew, and the second season of the crime thriller digital series, L.A. Macabre.

I have always been independent and self-reliant, but I think at times, I took that too much to an extreme, thinking I could do it all myself. I’ve learned now that it’s ok to ask for help, and especially in creative work, the gifts of influence you receive from others are just as important as the individual work. So I do wonder where I might be now if I had recognized my social network for the resource it is, or just allowed myself to explore more creatively, to be more open to actual opportunities, rather than holding out for a maybe. That what I really wanted was just within my grasp if I was willing to see it. 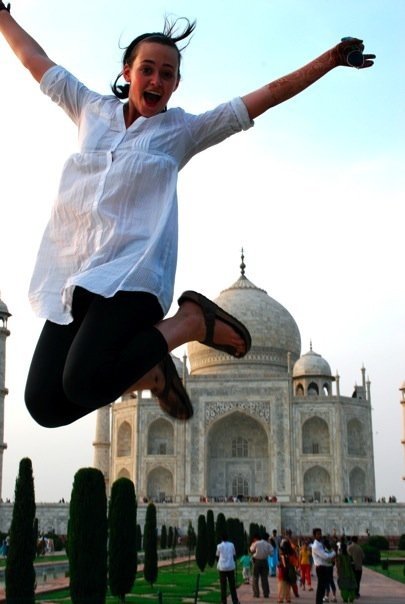 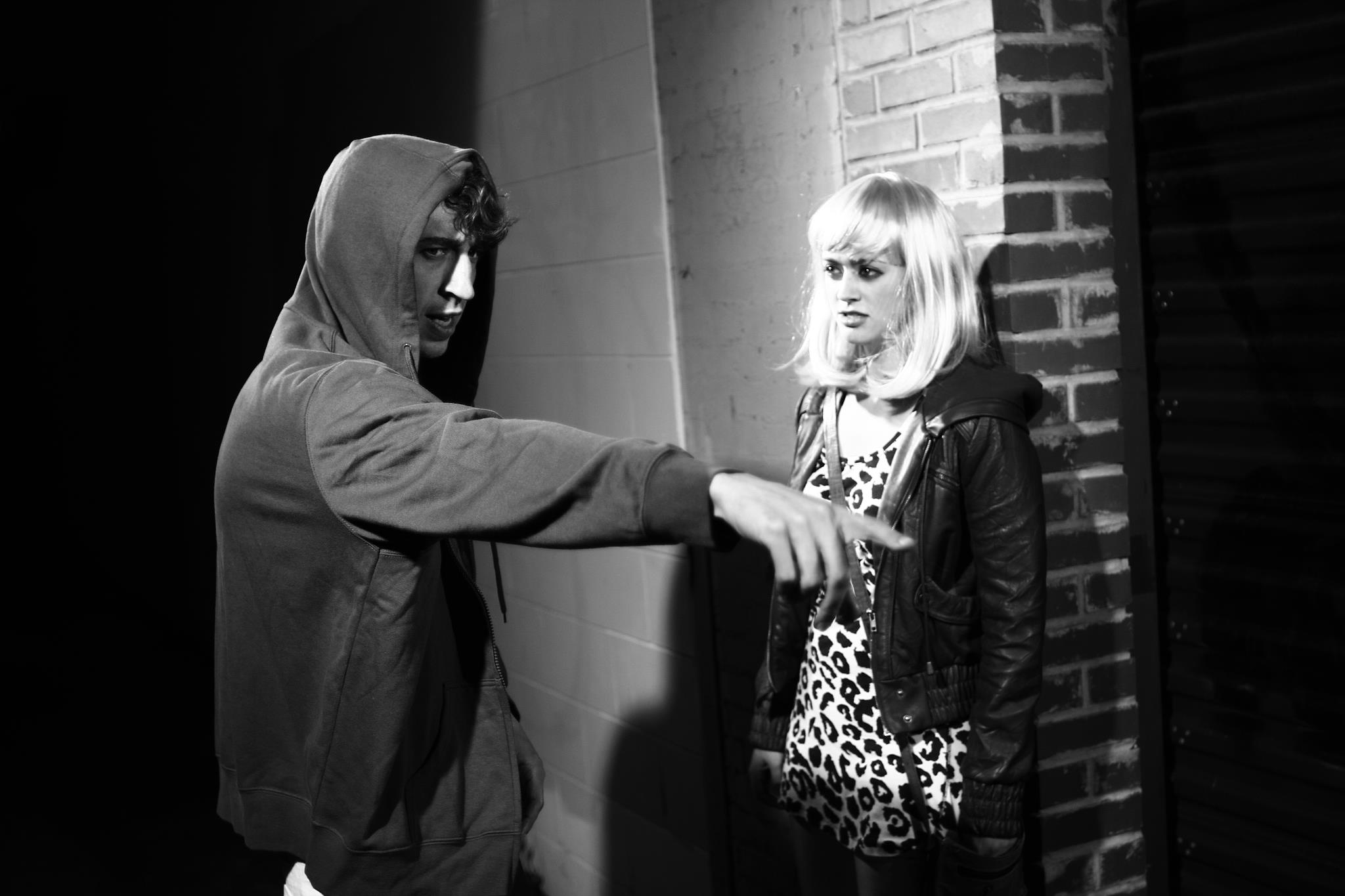 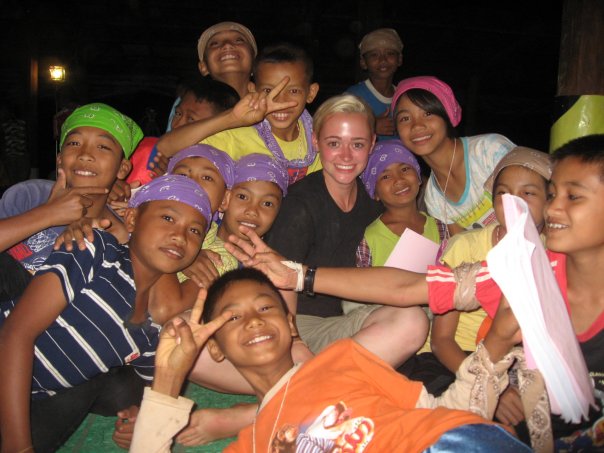 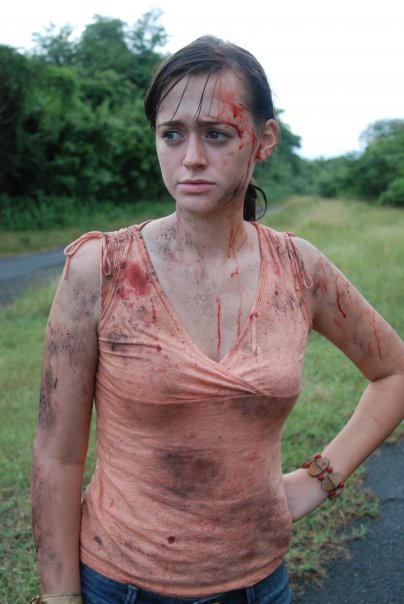 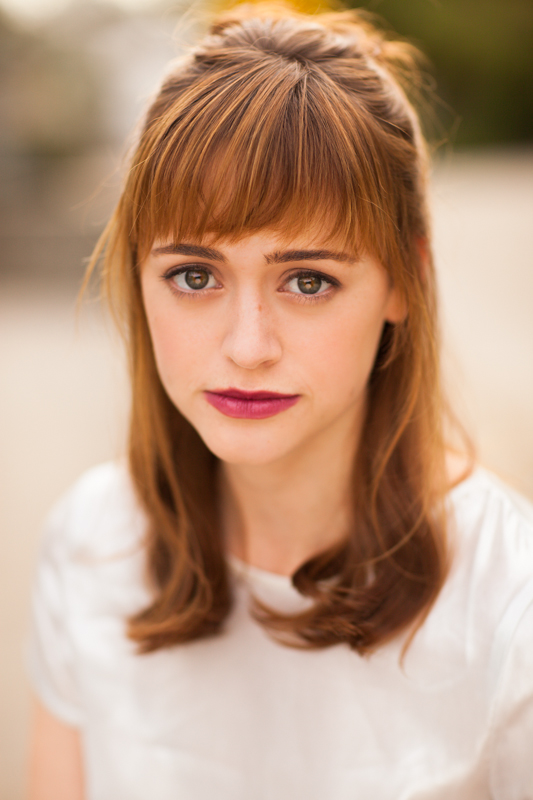 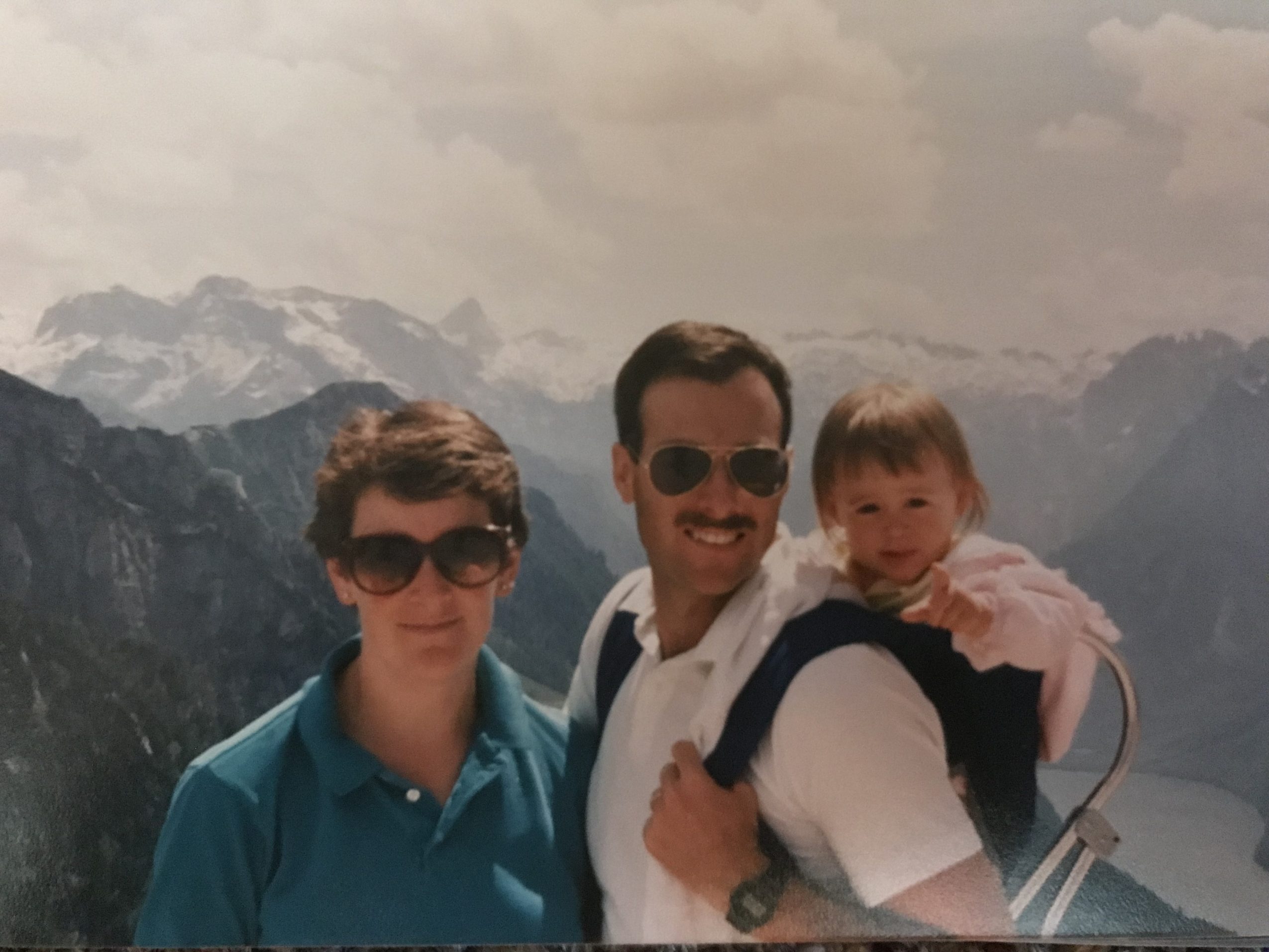 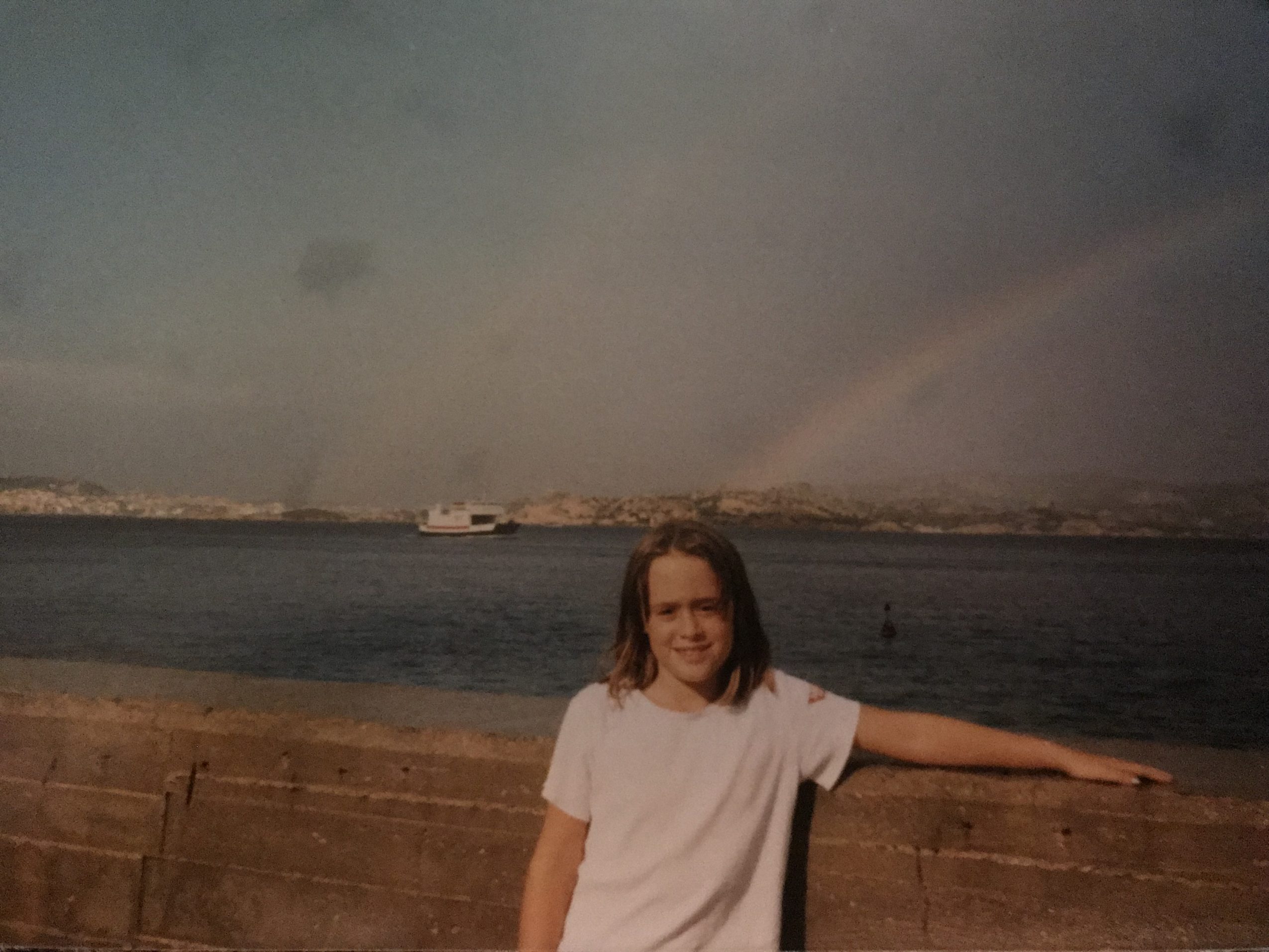 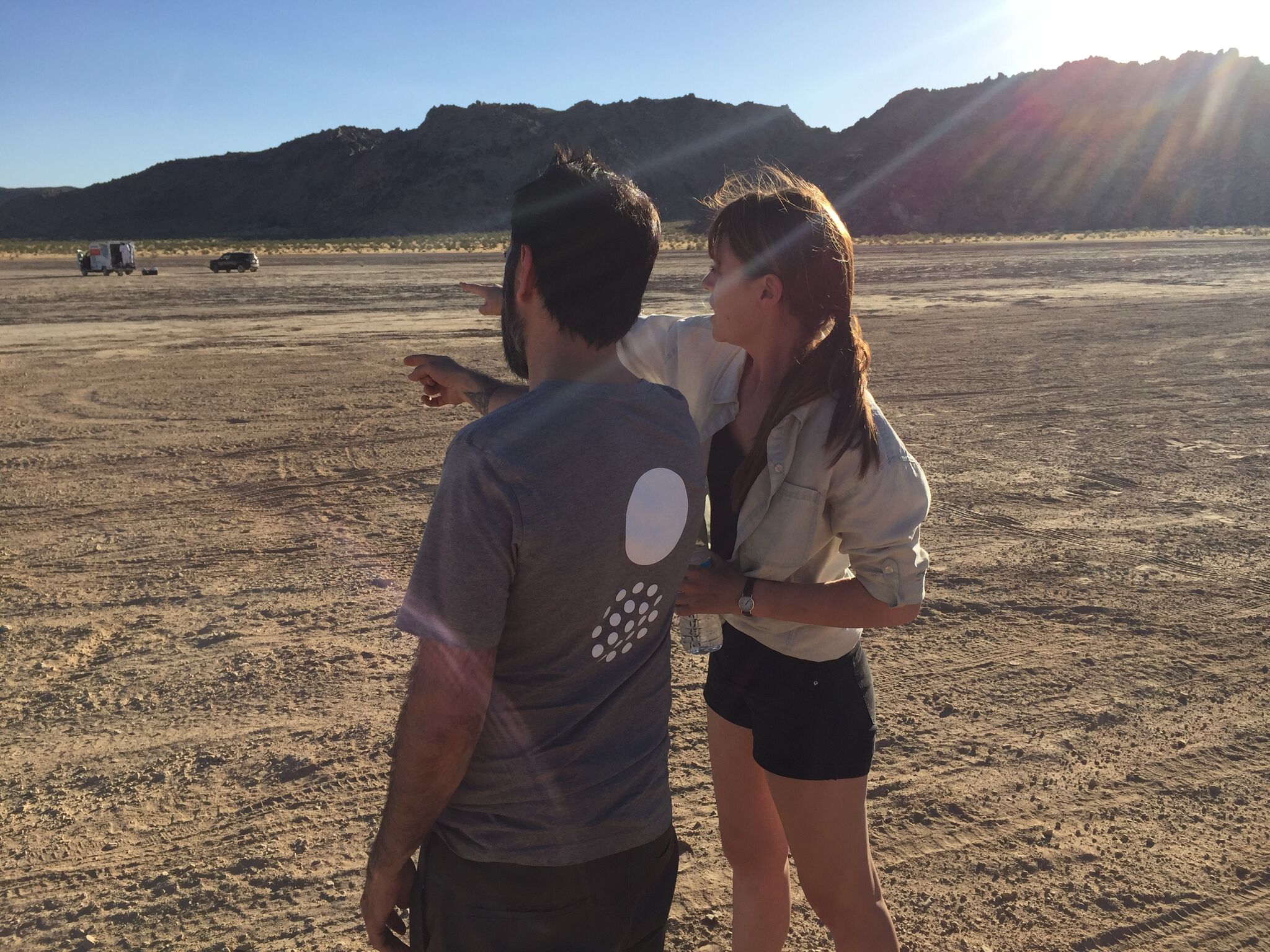