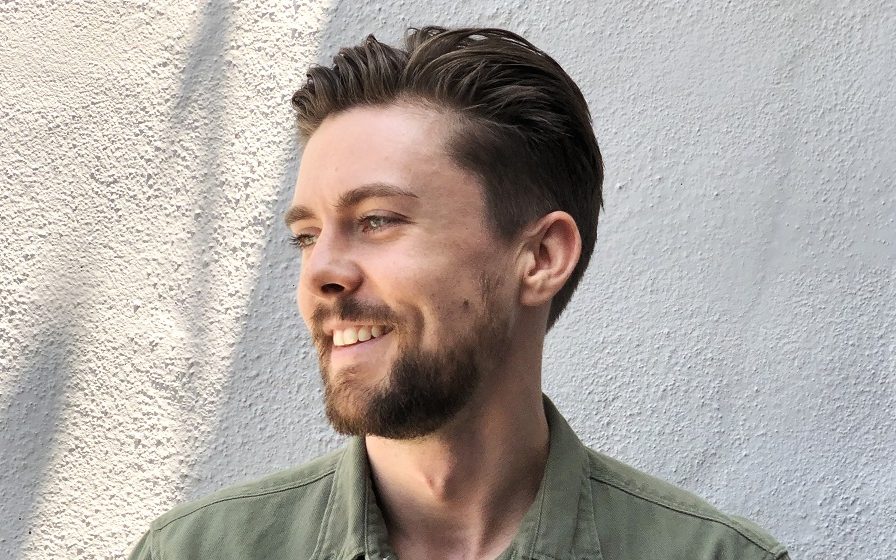 Today we’d like to introduce you to Corey Ulrich.

So, before we jump into specific questions, why don’t you give us some details about you and your story.
I grew up in New England, both of my parents are artists — my dad an illustrator and painter, and my mom a jewelry and clothing designer. My mom was an organic naturalist before it was cool, and I was actually born at home with the assistance of a midwife. I think on my birth certificate it reads #6, meaning the sixth recorded baby born in my town. My parents’ views influenced a lot of my upbringing, not a lot of TV or junk food, which I resented slightly at the time, but am thankful for now.

In school, I was really focused on academics but came to realize my interest in the arts in high school. I would choose to do video projects instead of poster-board presentations and would make home videos on my dad’s Hi8 camcorder with my crazy friend who was obsessed with The Matrix. By the time I was a junior in high school, I knew that I wanted to major in film & TV in college. My sister, who’s two years older than me, is also a talented artist who loves making things with her hands. She was going to NYU while I was in high school, and when I went to visit her at the start of my junior year, I fell in love with the city and wanted desperately to be immersed in it. When it came time to apply to colleges, I hoped and prayed that I’d get accepted to NYU’s Tisch film school. When I got my acceptance letter, I remember running around the house singing loudly and unabashedly with excitement.

At NYU, I was exposed to so many new cultures and surrounded by people from all walks of life that I was finally able to shed what I felt were the constraints of a typical suburban upbringing, which was limited in culture and world view (outside of my eclectic family). I “came into my own” as they say, absorbing all of the influences that the city has to offer, and began to carve out my own storytelling aesthetic.

During college, I started working as an assistant for one of the pioneering female music video and commercial directors, Diane Martel. I was able to get my hands on every aspect of the creative process, from conceptualization of projects to working on set alongside great cinematographers like Jeff Cronenweth, Frederik Jacobi, and Malik Sayeed. I was able to occasionally shoot and direct on big music videos and commercials. Some of the most memorable projects I worked on were: the controversial Robin Thicke “Blurred Lines” music video, shooting in Saõ Paulo, Brazil for a Coca-Cola commercial, meeting Beyoncé on the “Best Thing I Never Had” video, and shooting in a zero-gravity plane for a Justin Bieber perfume commercial. Those experiences were where I really learned how to build and execute a project from start to finish, which was a priceless experience in the development of my skills and creative eye.

After about four years of working with her, I decided to move to LA and branch off on my own. I was lucky enough to get a job as a Showrunner and Director for an automotive TV show called Head2Head at Motor Trend magazine. It was just a YouTube show at the time, but after two and half years at the helm, it was broadcast nationally on CBS Sports Network, and eventually bought by Discovery Channel.

At that point, I wanted to try something new and step out of the automotive world, which was becoming formulaic. I got a job at a company that hosted a platform for musicians, comedians, and actors to live stream to people around the world. There I worked on the video team creating promotional content for the artists and made a lot of lasting, cherished friendships, including with my fiancé whom I met there—a graphic designer and creative as well. I also started working a lot more with my other creative friends, shooting music videos and short films. My day jobs were mostly editing and shooting for various companies, but I was always trying to focus my creative energy on side projects. That’s the constant balance I feel like a lot of people in the industry maintain, just hoping that you make that one thing that catapults you to a major film festival or selling a pilot to a big TV network.

I’m currently still residing in that space, but with a greater scope of creative projects that occupy my everyday work. My day job is at Matador Content as a Director and Editor in the development department. I shoot and edit a lot of pilots and pitch sizzles for network and streaming TV channels. On the side, I’m currently growing a production company with a few friends called Sake Bomb Media as the Creative Director. I’ve also been working with a great musician friend of mine named Narducci, creating music videos and other content. I have a couple of music videos coming out in the next few months, one is called “Ancient Dialogue” that my friend RJ Chmiel directed, and one called “Pull Me Down” that I directed. My goal is to direct and shoot a feature in the next year, which will hopefully be that final link in the chain towards reaching the next level of my career.

Great, so let’s dig a little deeper into the story – has it been an easy path overall and if not, what were the challenges you’ve had to overcome?
I’ve definitely faced challenges that stem from both my professional and personal life. I’d say between each main job I’ve had, there has been some large setback or obstacle that I’ve had to overcome.

When I left the Showrunner job at Motor Trend, I also broke my foot pretty badly in an accident, so I was out of a job and unable to shoot or work on set, which led me to hit a really low point in my life. After the months I spent in recovery, I felt like I was given the chance for a fresh start, and told myself from that moment on I would value myself and my talents fully, and demand the respect and recognition that I knew I deserved from the experience and skill level that I had acquired up to that point. That has been a big reason that my career has grown a lot since that accident, because I worked hard to show my skills and creative eye to all of the employers and clients that I worked for; and I’ve garnered consistent praise as a result.

That’s one thing I make sure to tell anyone who is struggling to break out of their current career situation if they feel stuck and can’t seem to get to that next level–that you need to actively demand respect from employers and clients through the work that you show. You can’t be passive or just take what’s offered to you, or else you won’t ever advance past your current level.

We’d love to hear more about your work and what you are currently focused on. What else should we know?
I would say that I specialize in the visual aspects of storytelling above anything else. When I conceptualize a project or am beginning to work on something, I think in terms of how it will look and feel–the visual style and tone. Whether that means the lighting or choice of lenses when I’m shooting something or the graphical style of animation and titles in an edit, I aim to nail that first.

I’m proud to have run a show (Head2Head) that millions of people around the world have watched and enjoyed–and also argued about extensively in the YouTube comments—because that means my audience is actively engaged, and that my work has prompted constructive debate. I’m proud of seeing shows on TV that I developed the visual style and tone for, and I’m proud to be a source of inspiration to my friends and family.

Do you look back particularly fondly on any memories from childhood?
My favorite memory from childhood was, from what I remember, my first one. And I think it has subconsciously informed the way I primarily think visually in my work: I was lying on my back in the bottom of a canoe, and opened my eyes to the vast blue sky above me. I sat up, looked around at the placid lake that surrounded me, and up at the tall tree-covered mountains that rose up from the distant shore. I was with my family, and the visual simplicity of nature resonated in everything that I saw: the sky, the trees, the water–and I know that I had awakened fully at peace. 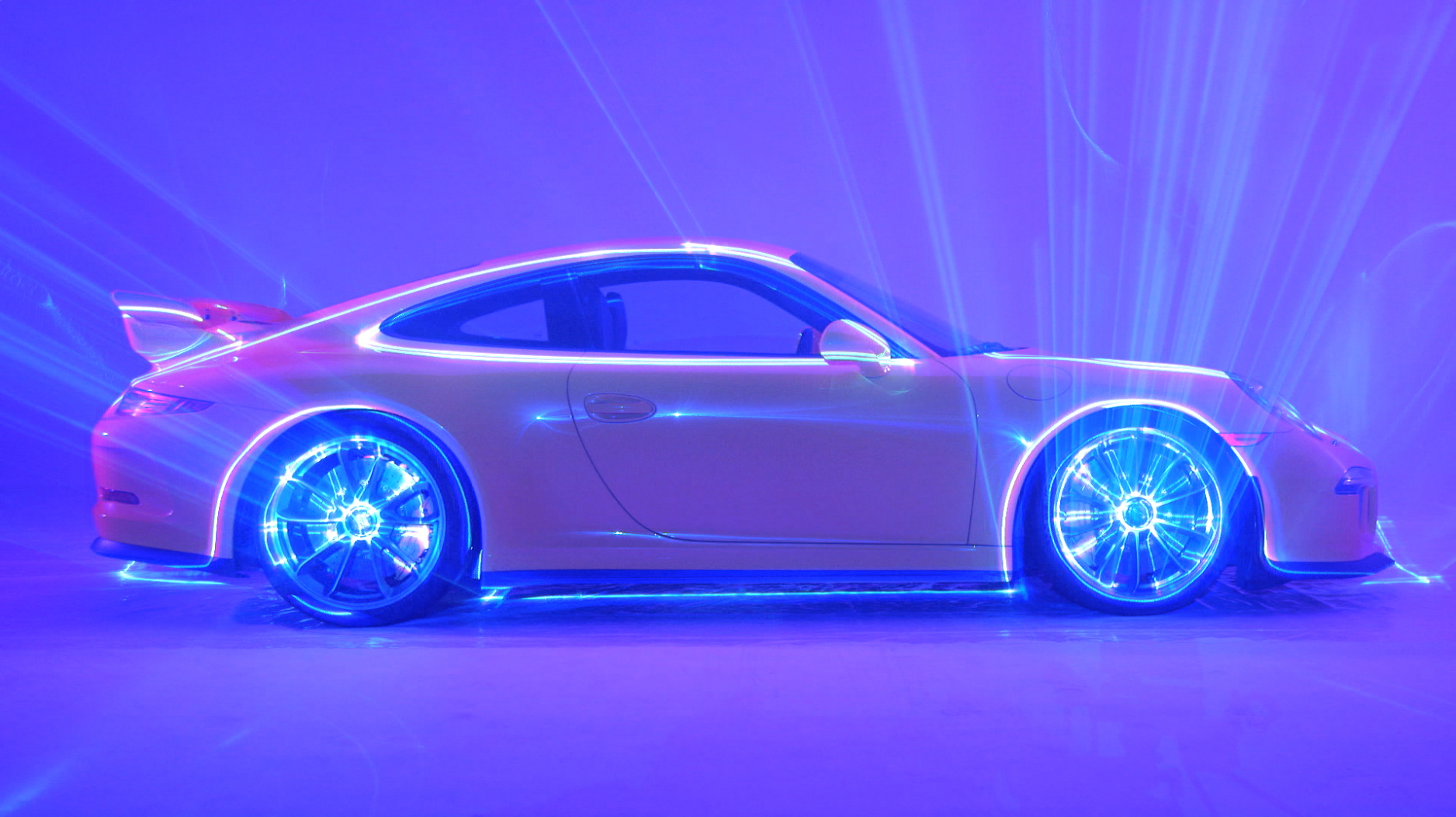 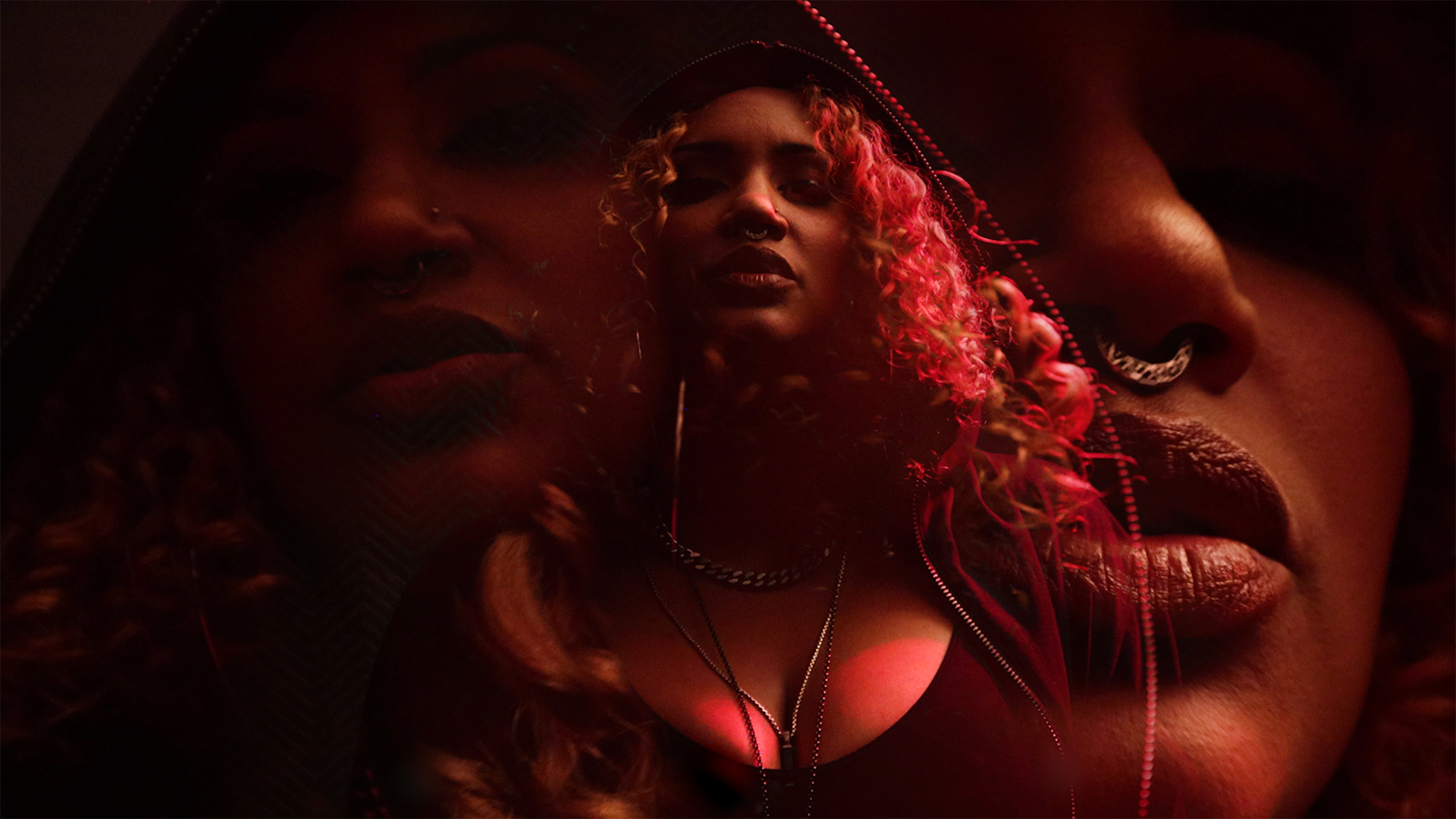 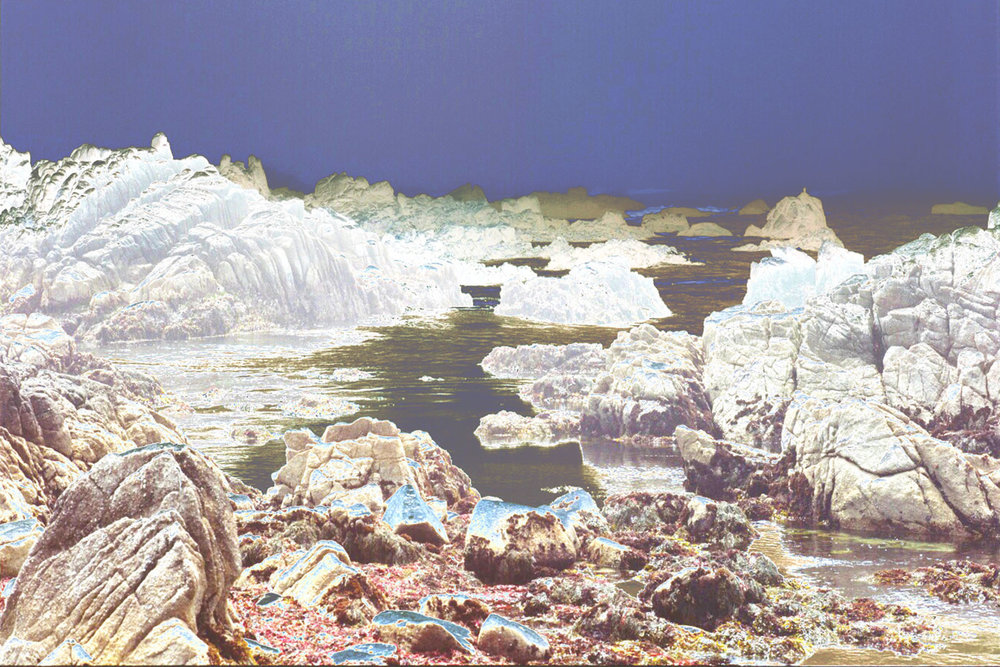 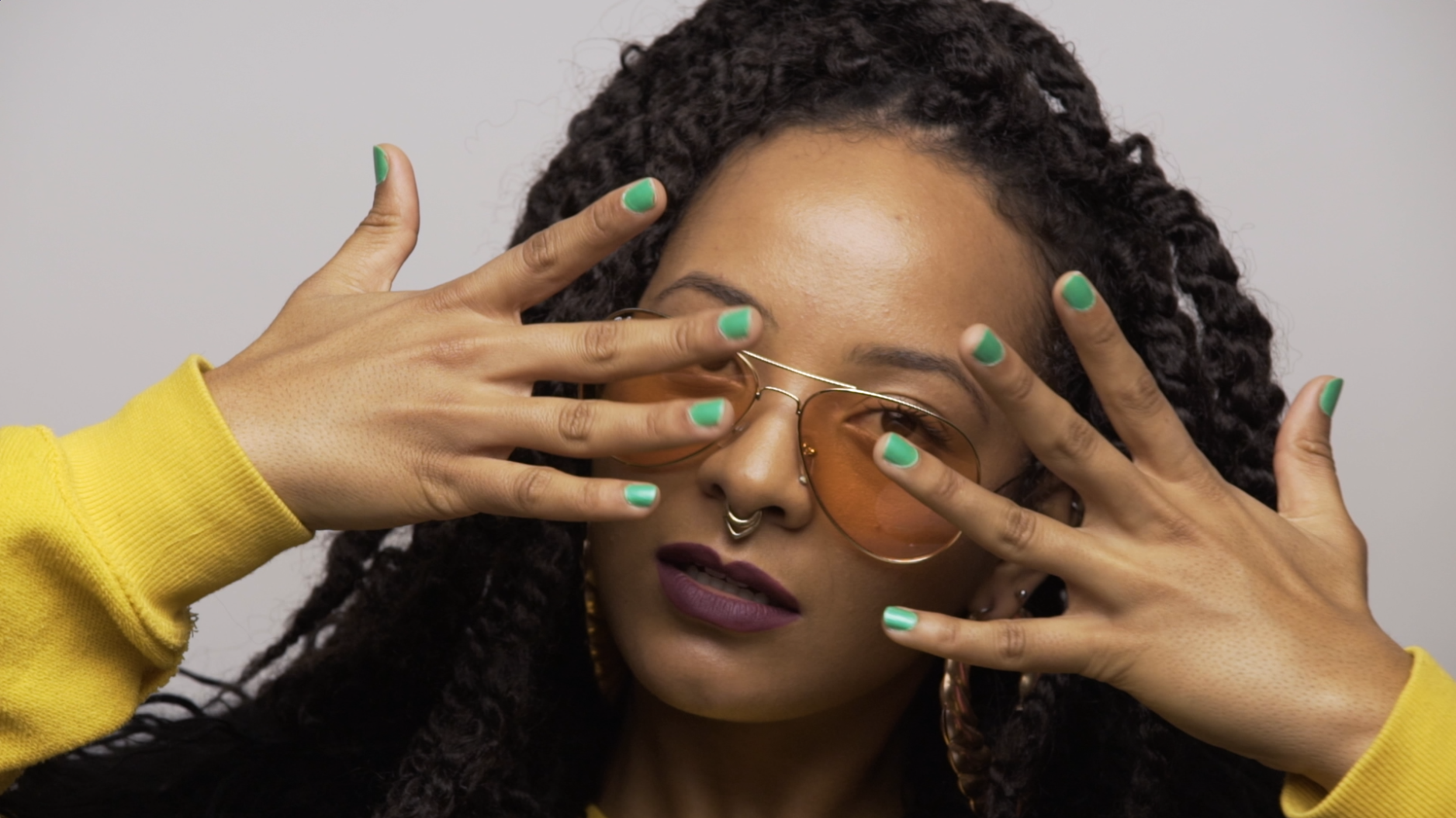 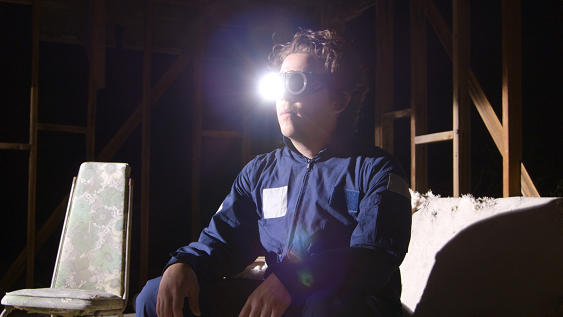 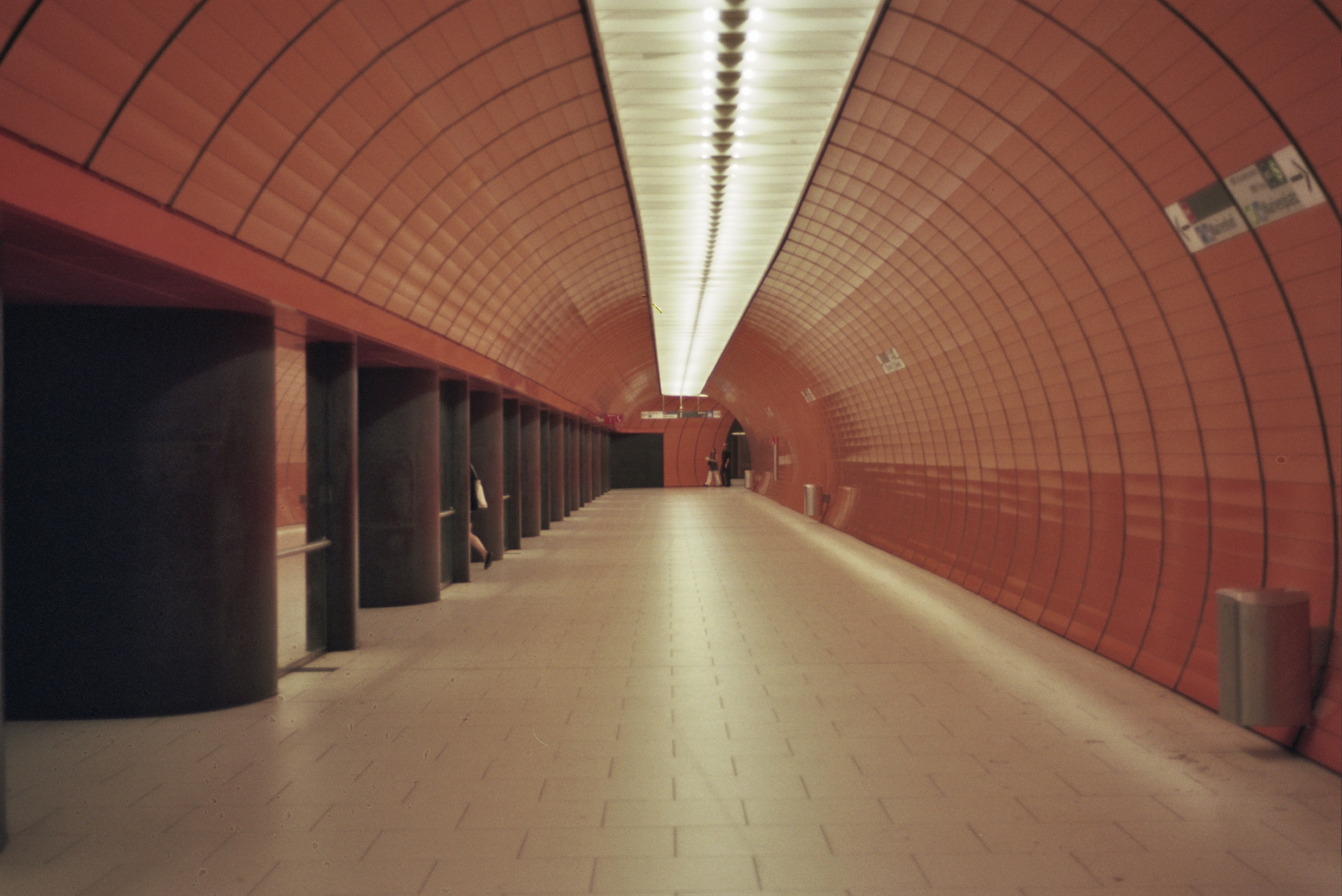 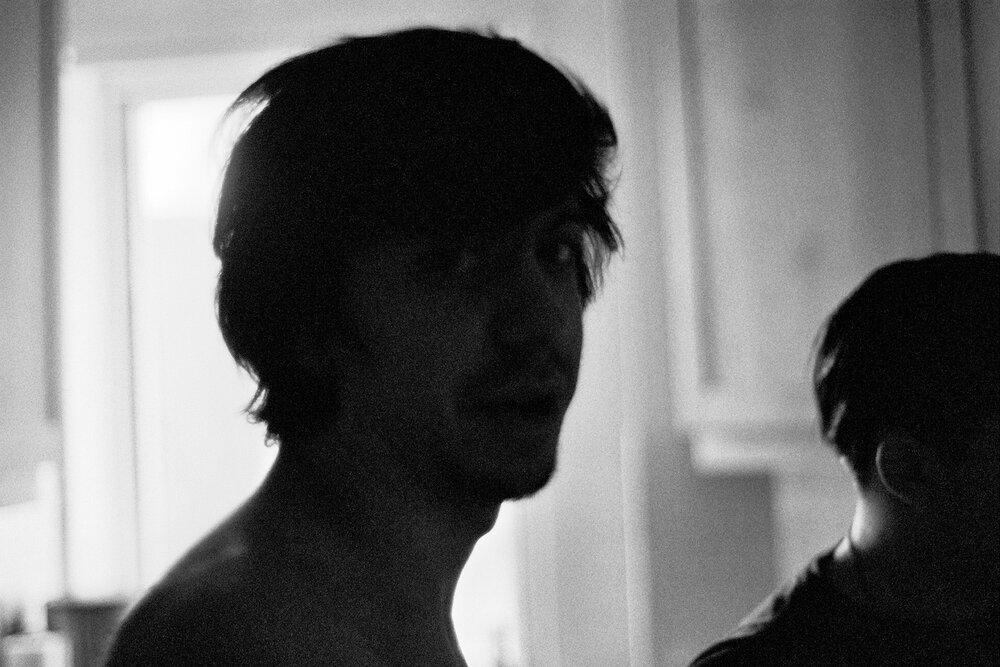 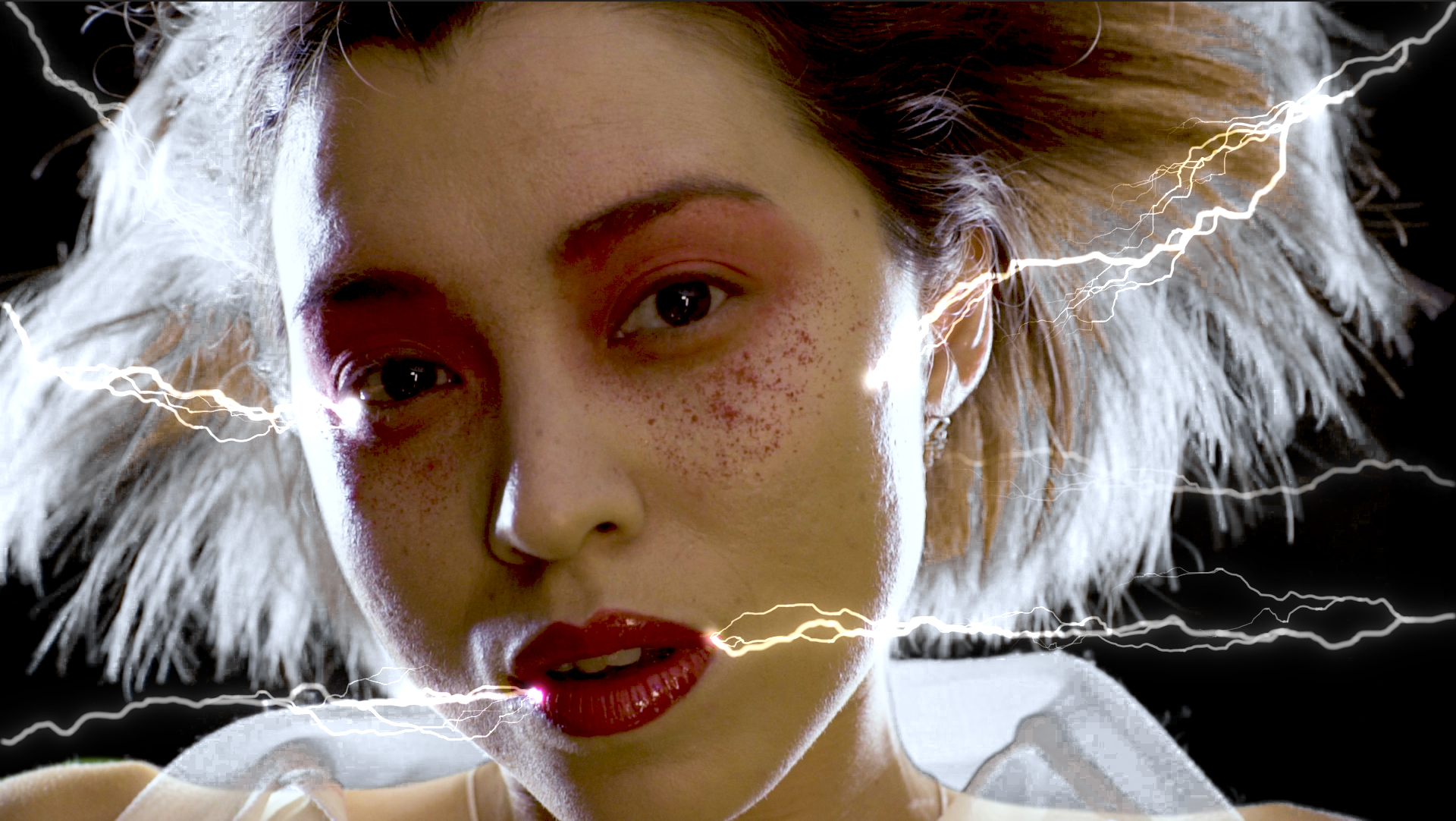