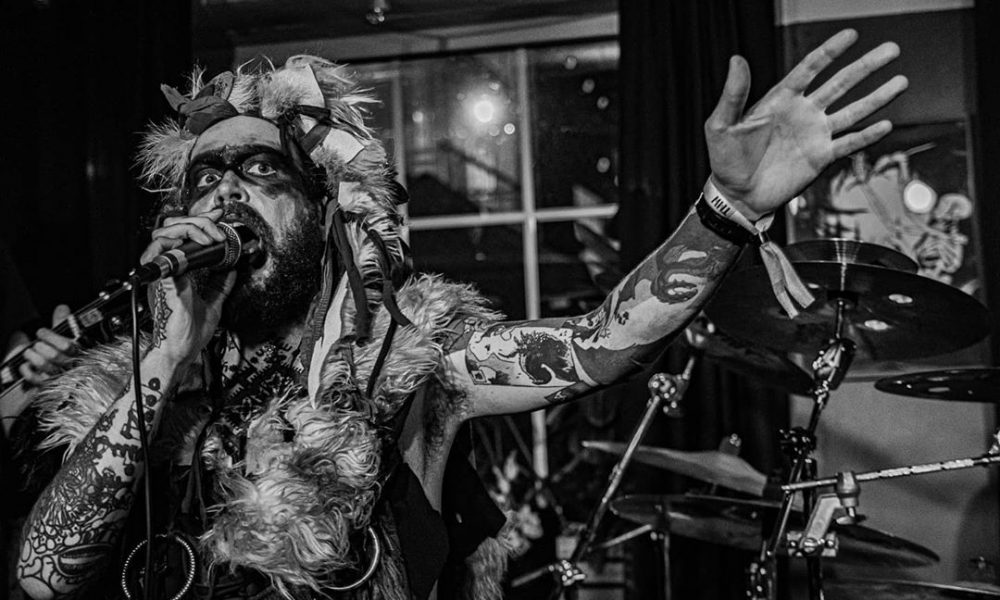 Today we’d like to introduce you to JUUR from Estonia who is releasing their new album with a Record Label from Los Angeles: Make Noise Not War Records, a Sublabel of Toys of the Masses.

JUUR is formed by Corey Tomlins, Mikk Vissak, Temo, Krister and Rol. The band started as three guys playing instrumental music with influences from Stoner to Progressive Metal. They started in 2013 under the name Hobo Jacket and played a few underground gigs. A year later the band was joined by the vocalist Corey, whose job was to write lyrics for the instrumental tracks already made by the Hobo Jacket trio. As Corey joined the band, the name was changed to Practical Stone Masonry and under that name, the band performed a few underground live shows. In 2015, they went to the studio to record their debut album and a year later in 2016 with another name change to JUUR an LP “Exile” was released. The word “juur“ means “root” in Estonian language.

Still searching for the right balance in the songs between heavy riffs, odd time signatures, and melodic vocals they realized that there is room for one more guitarist. In 2016, Temo from the band “dreamkrusher!” (former “Liblikas”) joined the band to fill in the atmospheric part of the songs and play awesome solos. Within the next three years, the band gave many live shows to a bit wider audience in many different venues and cities in Estonia.

“Estonia is  a quiet and cold country, and we have basically everything here but on a much smaller scale. We have a punk scene, we have a metal scene and so on, but they are small, so it’s hard to get on the radar if you don’t do something more pop or mainstream. Our rock scene is also divided because of the situation in the EU with immigrants. So there is a right wing rock scene and there is a left wing rock – and punk scene. This makes things a little bit difficult, because you don’t want to play on the same stage with the super right wing bands, if you get my point. But we do have a pretty strong and cool underground scene in Tartu and Tallinn. And we are good friends with them and mostly we work with them and perform in these events. You need to have a good manager and a lot of connections. And its super super super hard to get your music out of Estonia.”  – Rol

In November 2019, JUUR started recording their second LP in Clockwork Studio (Estonia). The mastering was made by Tony Lindgren in Fascination Street Studio in Sweden in August 2020. And on the 22nd of October 2020, JUUR released the second LP “Flux” on digital platforms in Estonia and in EU.

Tell us about the release on this record label in Los Angeles and the Playground release. Your interest in being part of a label in the USA. What do Estonias think of LA? How did you hear about the label? Will you be doing physical albums?

– “We are now about to release our latest album, “Flux”, for digital distribution. This will be done under a new sub-label of Toys of the Masses Records, called Make Noise Not War Records. We found Make Noise Not War Label via an Estonian friend, Edith Sööt, who lives in LA and is currently working there as an A&R. We know her because we shared the same band rehearsal room in Tallinn many years ago. Our aim was to get in touch with some Labels in the US who could help us spread our music there. We also signed a contract with Playground who is responsible for digital distribution worldwide except Americas and physical distribution inside Estonia.  We have made vinyl and cassettes for our listeners and fans.” – Mikk

Tell us about the challenge of being a band in COVID19 times.

“Well, after the covid shit we had a break for a month or two since some band members have little children or have their own health risks. So this created problems, also mixing took a long time because of covid and everything. Since there were restrictions it was hard to do any gigs, and some were canceled. Luckily in the summer, everything was ok, and we managed to do one of the best gigs in our history. But the corona is still here, so no album release gigs or any gigs and since covid is a more important subject, less attention from the media also.” – Rol

About the Record Label that JUUR will be releasing their album in the US.

Make Noise Not War Records is a sub-label of Toys of the Masses Records.

Toys of the Masses is an indie label and recording studio “doing its damndest to bring aural nutrition to the masses!”. Founded by Armenian-American David “Dvo” Hakopyan (Soil, The Apex Theory, Antenna the End). He describes on his website of the label being “a pure attempt to create a community of like-minded weirdos who will help each other get their madness to you.”

Toys of the Masses has released several rad singles and full-albums.

The retro-futurist Bicentennial ultra-rock album of HB3, from Tel Aviv, the Desert Stoner Punk Rock album “Stoner Pop” by RAAUL, the single hit “Fuk What They Said” by SHETAY (NYC) ft. LA MONO (Argentina); “Chica Rutera” by MARINA FAGES + POSEIDOTICA from Argentina. Selected on the Official Spotify Playlist “Rockeando” and highlighted by Rolling Stone Magazine (Argentina); and of some cool works of Dvo’s, such as ANTENNA THE END, THE APEX THEORY last album: Lightpost, originally mixed by Sylvia Massy (Tool, Johnny Cash, Red Hot Chili Peppers) and executive produced by John Dolmayan (System of a Down). Not to forget John’s solo album “These Grey Men“, recorded at Dave Grohl’s legendary Studio 606 and personally arranged strings at Toys Of The Masses.

See the full artist library on the label’s website.

Make Noise Not War Records was created around COVID19 times, curated by 501c3 Non-Profit for the Art, Make Art Not War Foundation. The mission, “support independent musicians from around the world”. It is a sub-label of Toys of the Masses.

Best moment for the band so far.

“Best moments have been the recordings and gigs in Tartu, it’s always a good place to perform. Another memorable moment was performing at the Käbliku Beer Camp & Rock’n’Roll 2020 in July.” Mikk & Rol 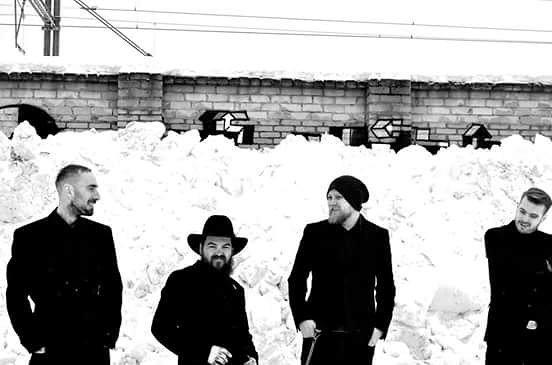 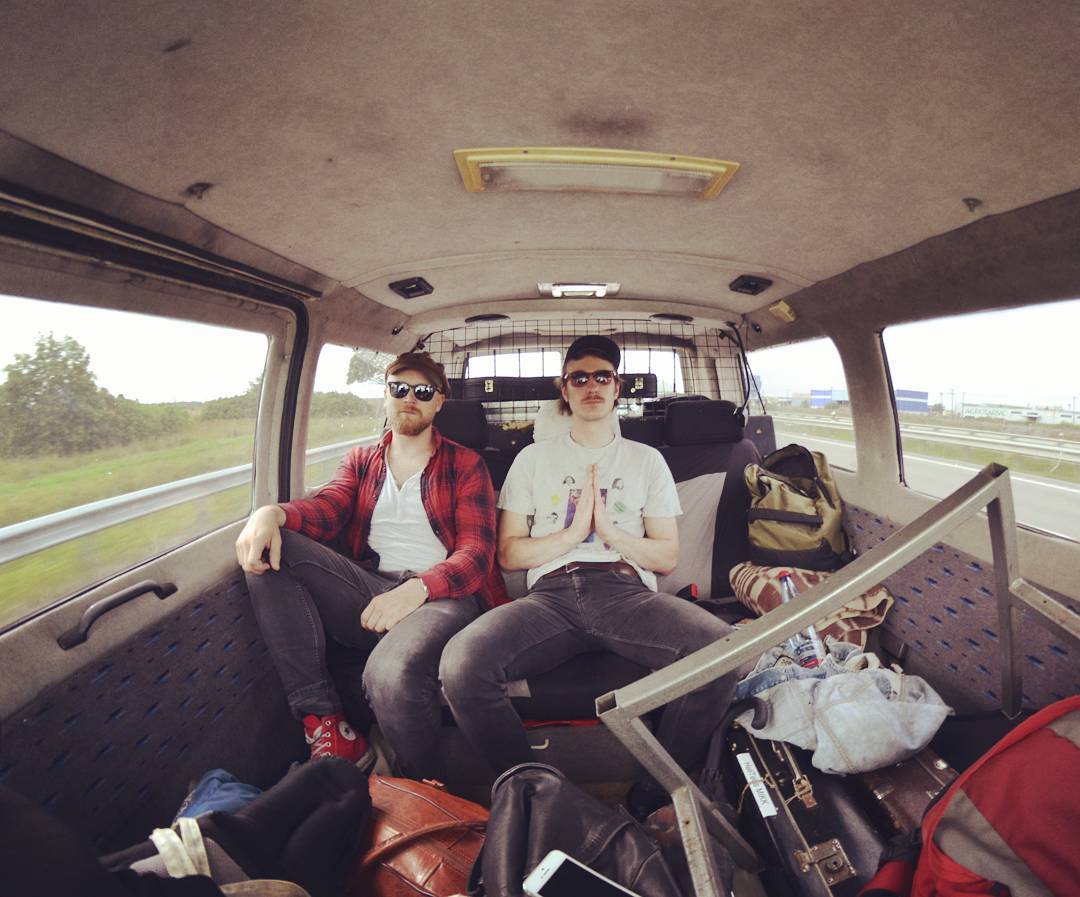 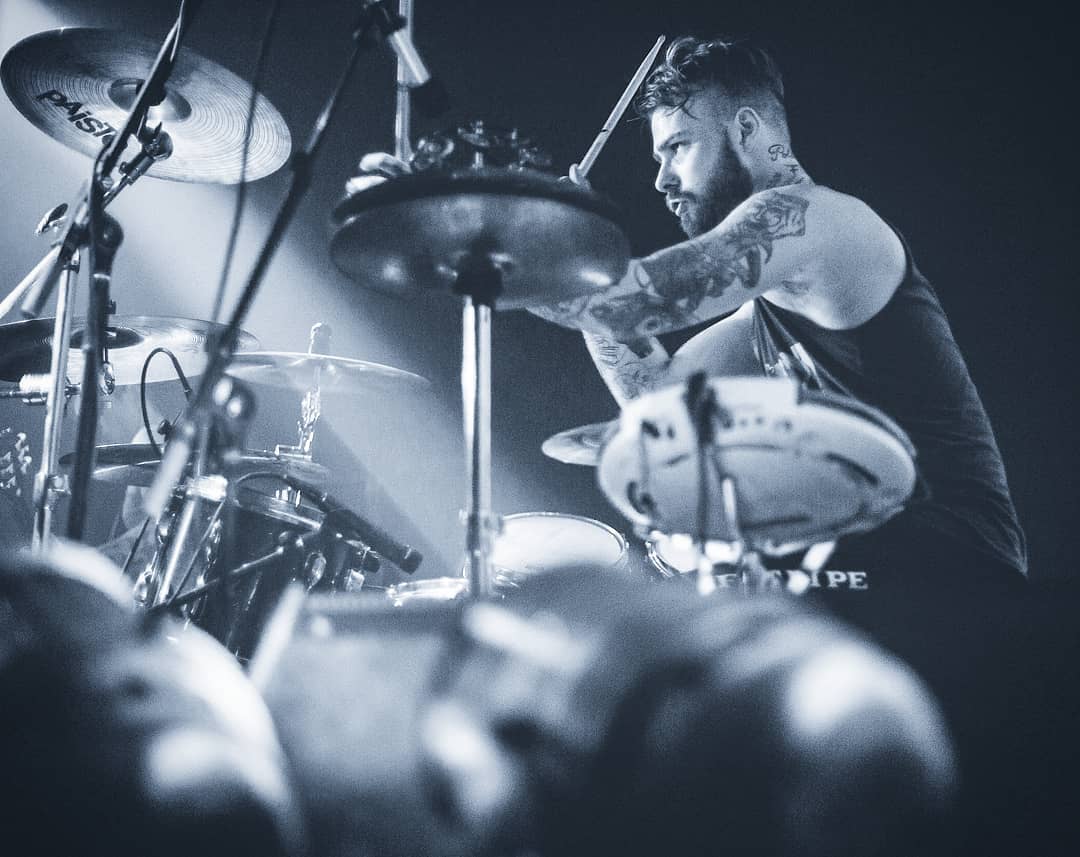 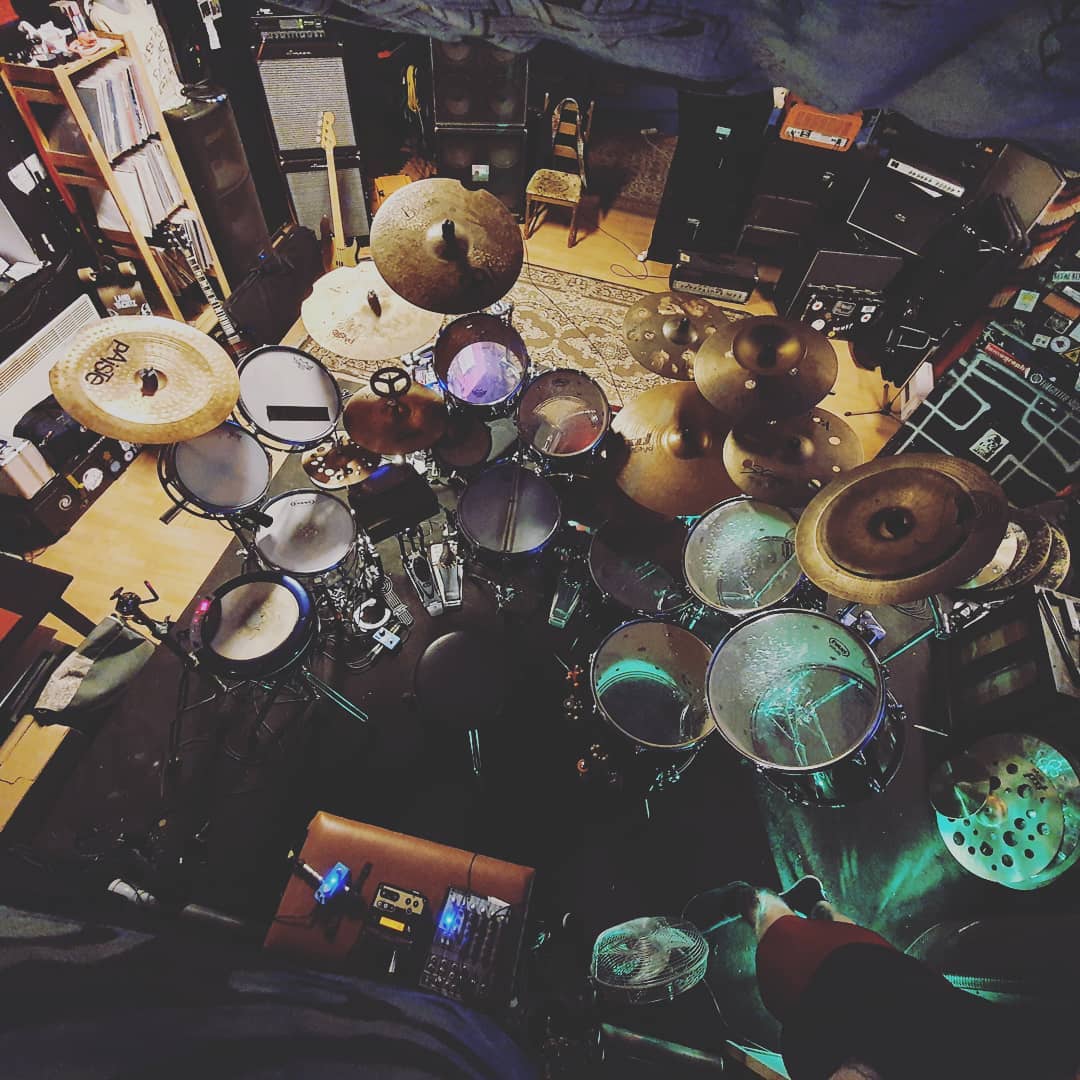 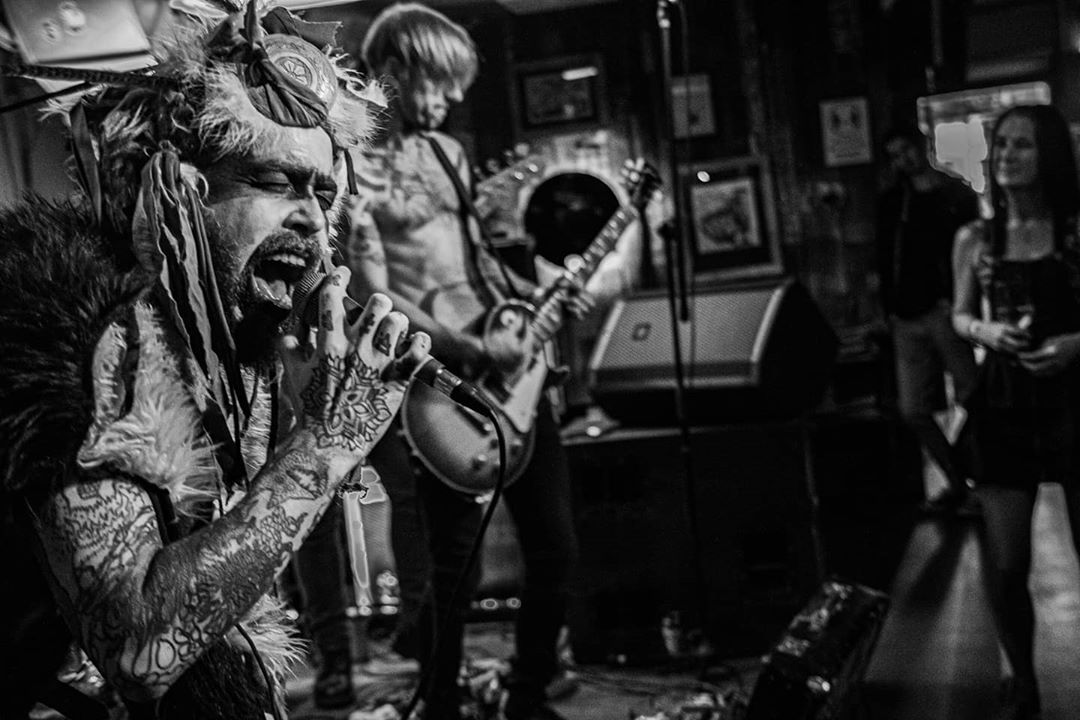 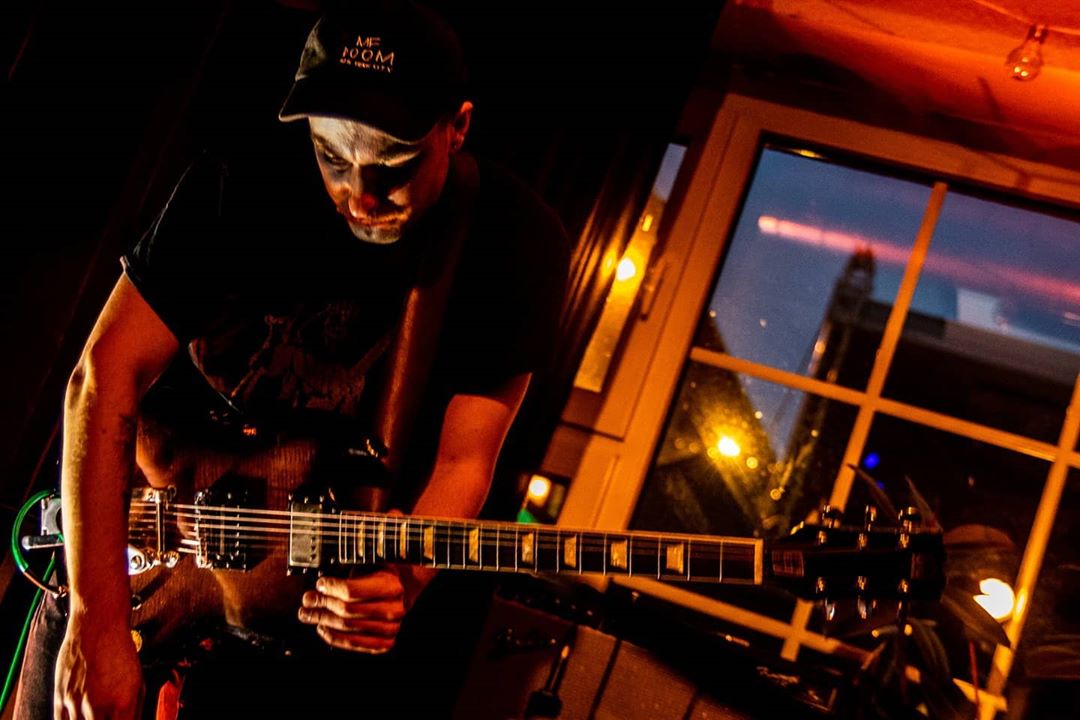 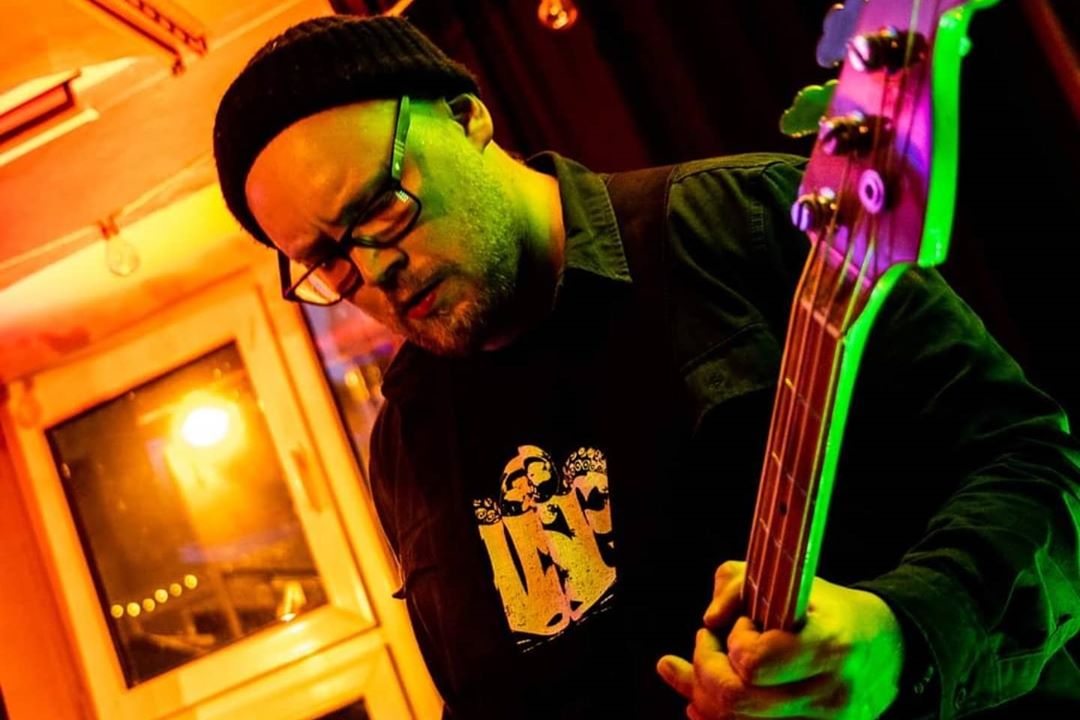 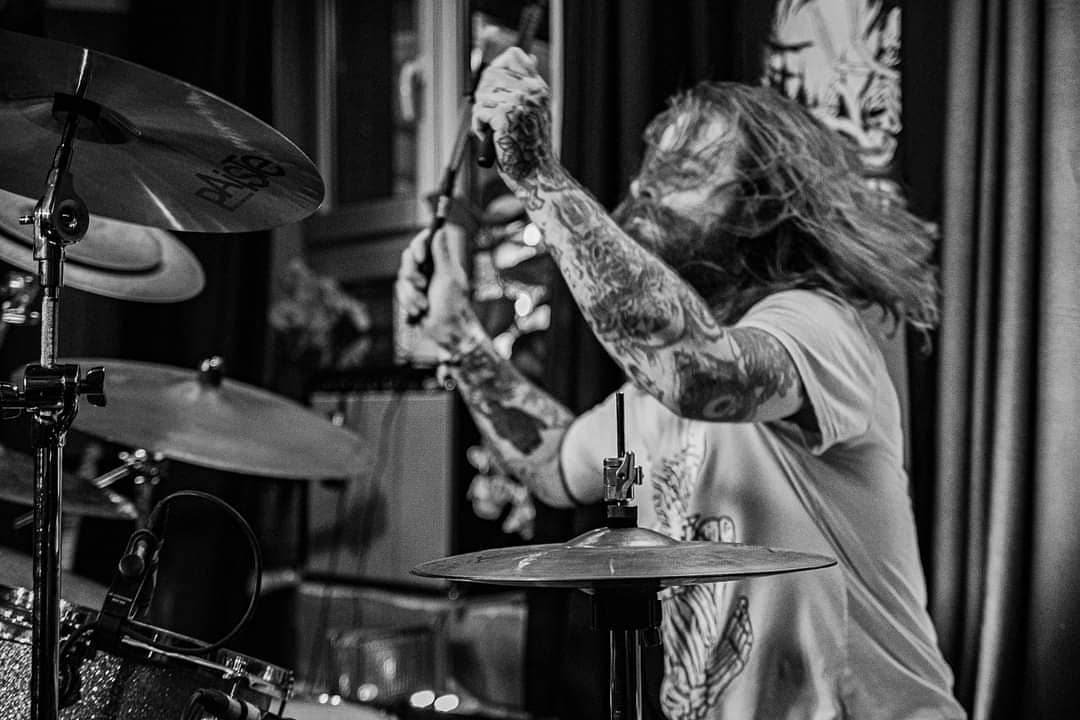 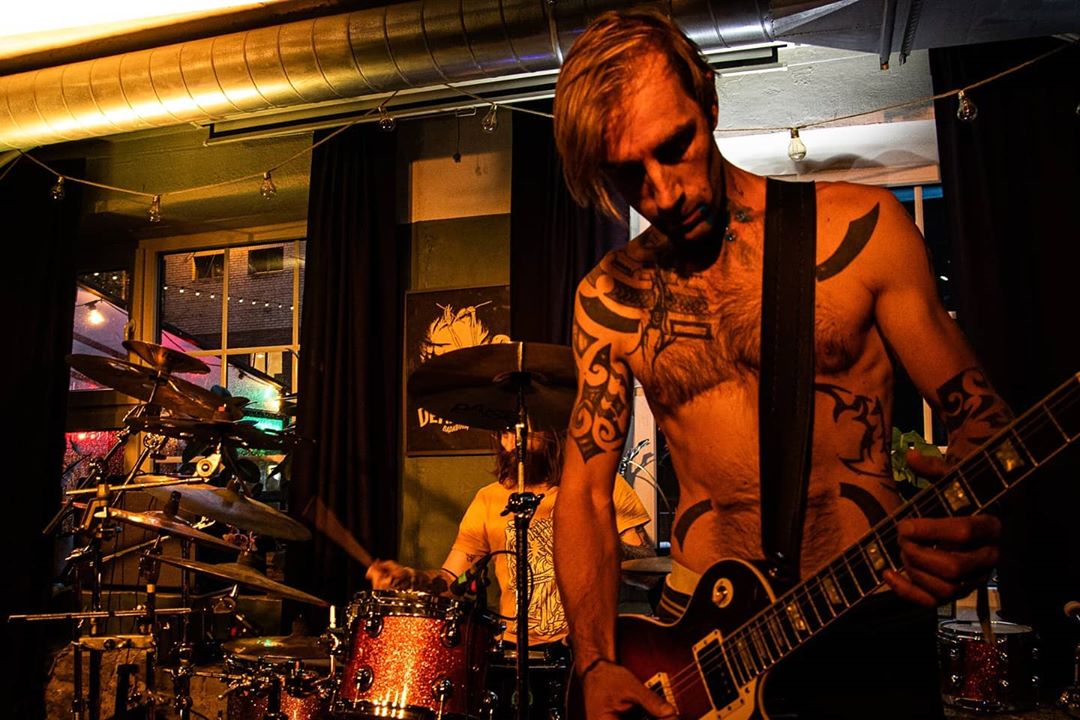 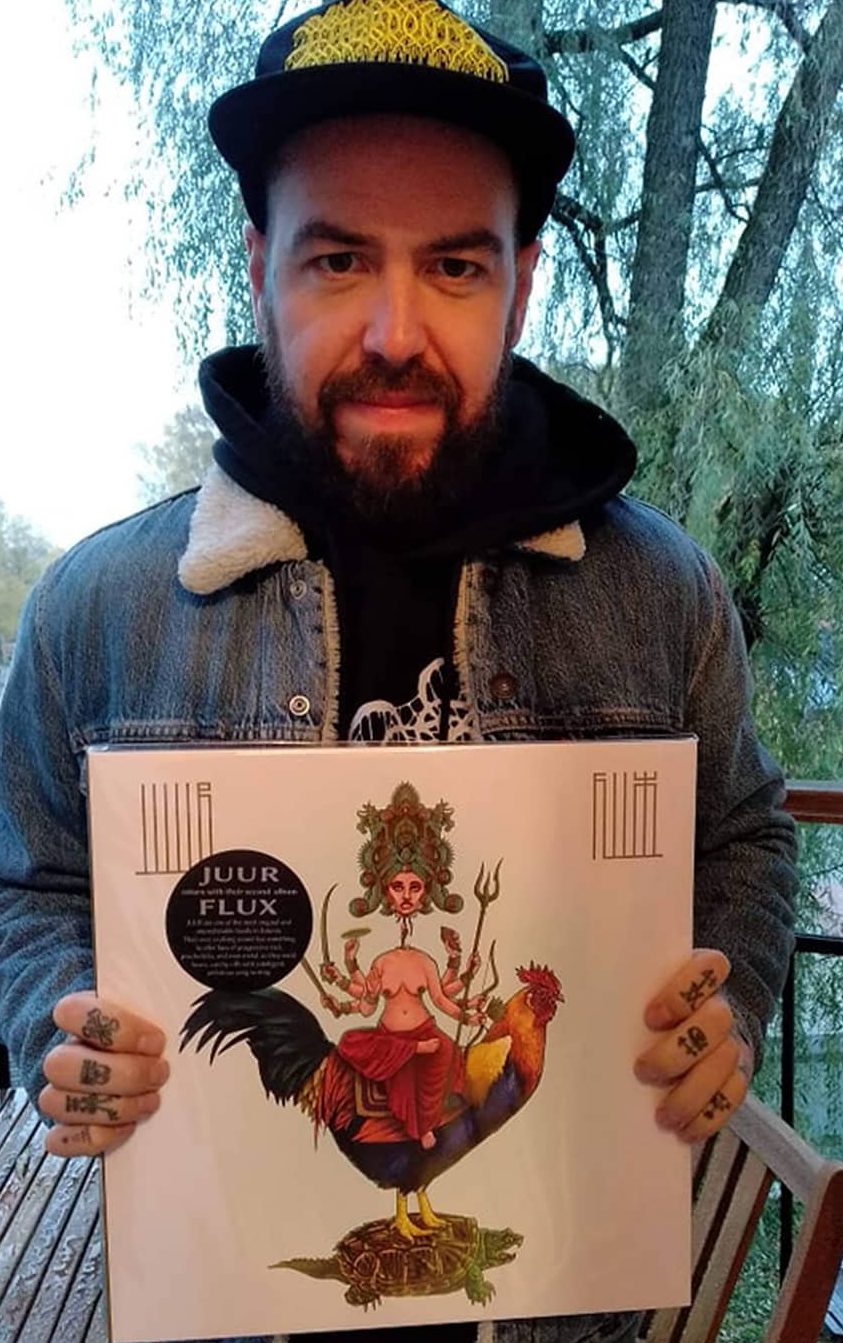