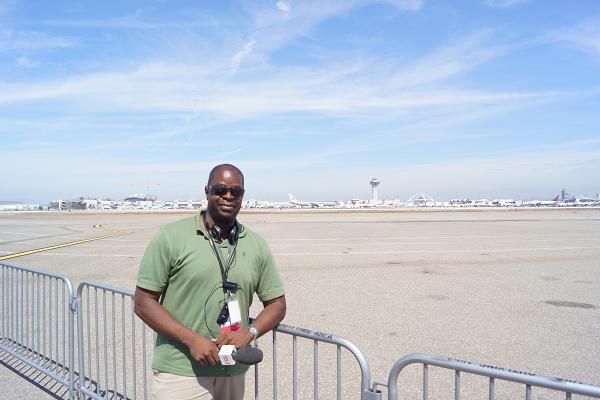 Today we’d like to introduce you to Corey Moore.

Corey, before we jump into specific questions about your work, why don’t you give us some details about you and your story.
I’m currently a TV writer in Hollywood, though a huge part of my career has been about writing facts, not fiction.

I began as a journalist in my hometown of Detroit, working as a news writer for the local NBC affiliate and as an anchor for the morning show on Detroit’s #1 music station. After a few years, my career later took me to Washington DC where I worked as a news producer for Black Entertainment Television.

I then moved across the country to Los Angeles where I spent eight years in public radio — first for NPR as a producer and then for Southern California Public Radio as a breaking news reporter.

Throughout my time chasing news stories, I enjoyed creative writing on the side, mostly screenwriting. Over the years, I wrote a number of features and TV scripts that placed in some big contests, including Nicholl, Austin Film Festival and the CBS Writers Mentoring Program.

This eventually helped me transition my career from journalism to TV entertainment. I landed a job writing for the CBS show “NCIS: New Orleans.” Right now, I’m producing an episode I co-wrote called “The Root of All Evil.” It’s a lot of work and so much fun!

Great, so let’s dig a little deeper into the story – has it been an easy path overall and if not, what were the challenges you’ve had to overcome?
I can’t remember anything worthwhile that’s come easy for me… it’s all been quite a challenge! I’ve always believed passion and persistence can push you through the growing pains.

The great joy in my life is screenwriting. As eager as I am to bang out a script, the process can feel like an uphill climb (or a tumble downhill). Creating concepts, pitching, outlining, crafting script pages… it’s tough!

But I love it.

I can remember writing one “spec” TV script for my portfolio that gave me lots of trouble. I just couldn’t figure out solutions to some of the plot problems. So what I did was give myself permission to step away for a while.

Instead of sitting there at my laptop, wracking my brain, I got active. I took long walks in New Orleans (where I lived at the time). I worked out at the gym. I saw movies. I watched much more TV and started reading a great thriller novel that I couldn’t put down.

The next time I sat down to tackle my script, the ideas flowed like water. Gushed out of me actually. I felt like I was looking at my story with fresh eyes. I muscled through those pages. Eventually, the script — which for a while, seemed impossible to crack — eventually helped me land a manager and get work.

In writing for TV, it’s a different kind of ball game. We may not always have the luxury of “stepping away” from script when we get stuck — hello deadline! — but thankfully much of the work is done by the time a writer takes on a script. As a group, we’ve already outlined the episode in detail.

We’d love to hear more about your work.
I’d say much of my job working on NCIS: New Orleans centers around “breaking episodes.” I join other writers in a comfortable room for much of the day and kick around ideas that will eventually play out over 24 episodes of glorious television. It’s not just about creating cool crimes from week to week, through that’s a huge, fun part of it. There’s also a lot of talk about “character-arcs” and how we craft compelling personal challenges for members of our NCIS team as they kick butt and solve cases.

Once we get deep into the weeds of a particular episode — and put on the board a detailed outline version of what an episode will look like — a writer is assigned to go off and write it. After the script is in, we shoot the episode and get it ready for air. Of course I’m giving you a bird’s eye view — there’s so much that goes into bringing a single episode to life!

It’s amazing to see it all come together up close, especially since this is my first TV writing job. I’m fortunate to work with a brilliant, creative group of showrunners and writers who have mentored me through the process.

Is there a characteristic or quality that you feel is essential to success?
Know that resilience is power! Muscling through the hard knocks of life is tough, but had I not built a certain amount of resilience, I wouldn’t have gotten far with my ambitions.

I’ve been in love with screenwriting since I was — as my mother would say — knee-high to a duck. I’ve spent many years committed to honing my craft and there’s a lot more I want to learn. I believe this kind of long-term commitment and passion inevitably helps to “knock down dream-blocking barriers” as author Steven Pressfield describes in his book The War of Art (a great little book I keep on me at all times).

We often hear that resilience is about facing our fears, keeping the faith and never giving up. While I believe all that is true, I’ve also learned that resilience is sometimes about taking time out when you need to. It’s okay to take a step back, press the reset button and strategize on new ways of achieving the desired goal. Furthermore, resilience is also about pressing ahead and not resting on your laurels in the face of adversity. It’s all about striking a balance that empowers you.

Corey Moore is a TV Writer in Hollywood and an alum of the CBS TV Writers Mentoring Program. He’s also an award-winning broadcast journalist. 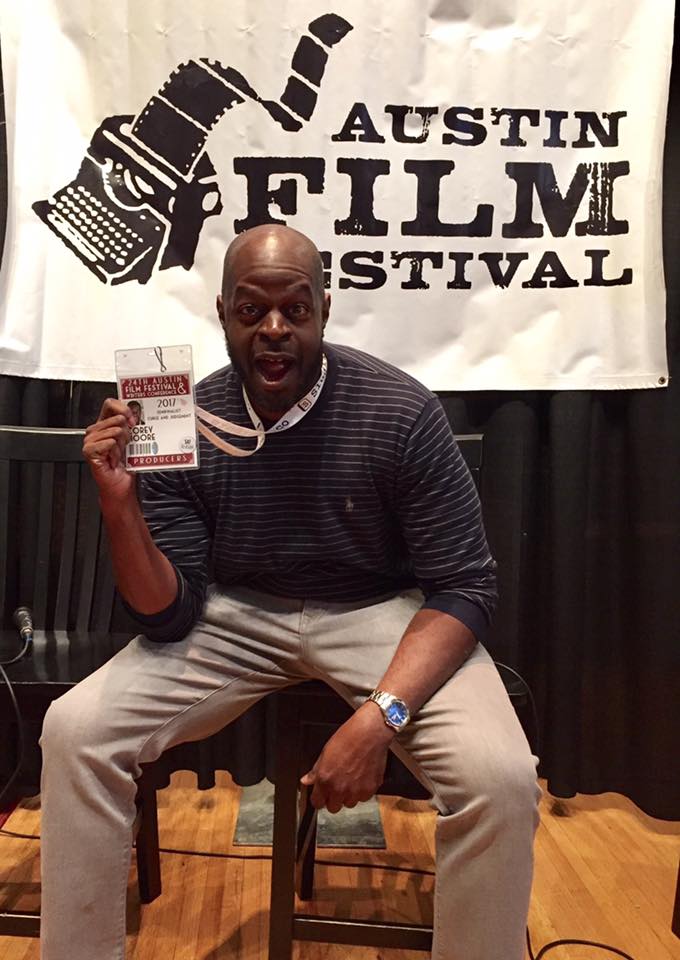 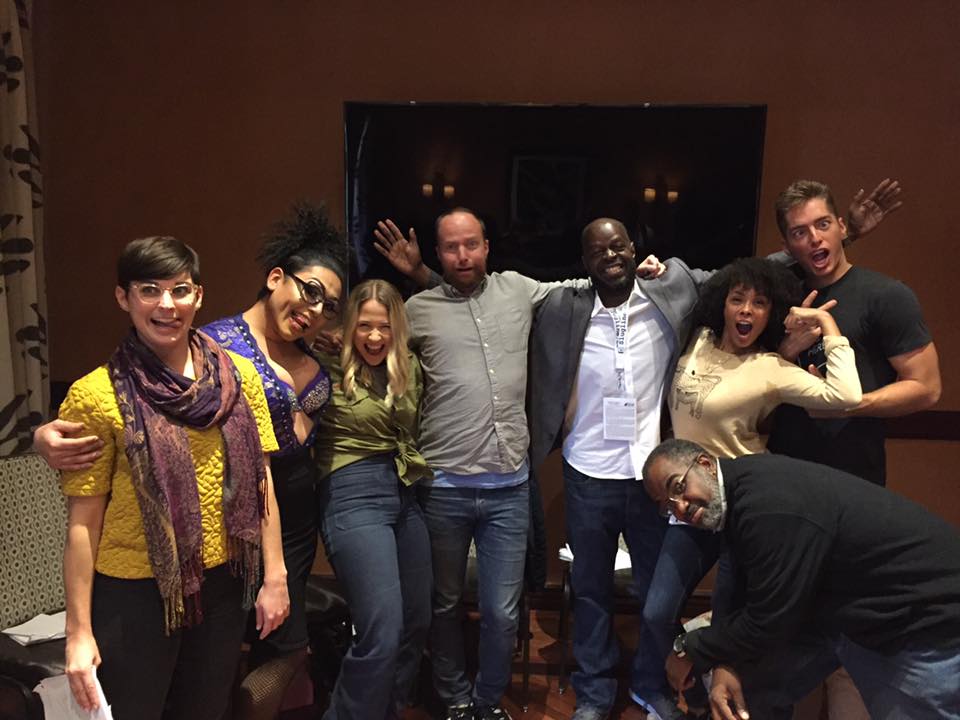 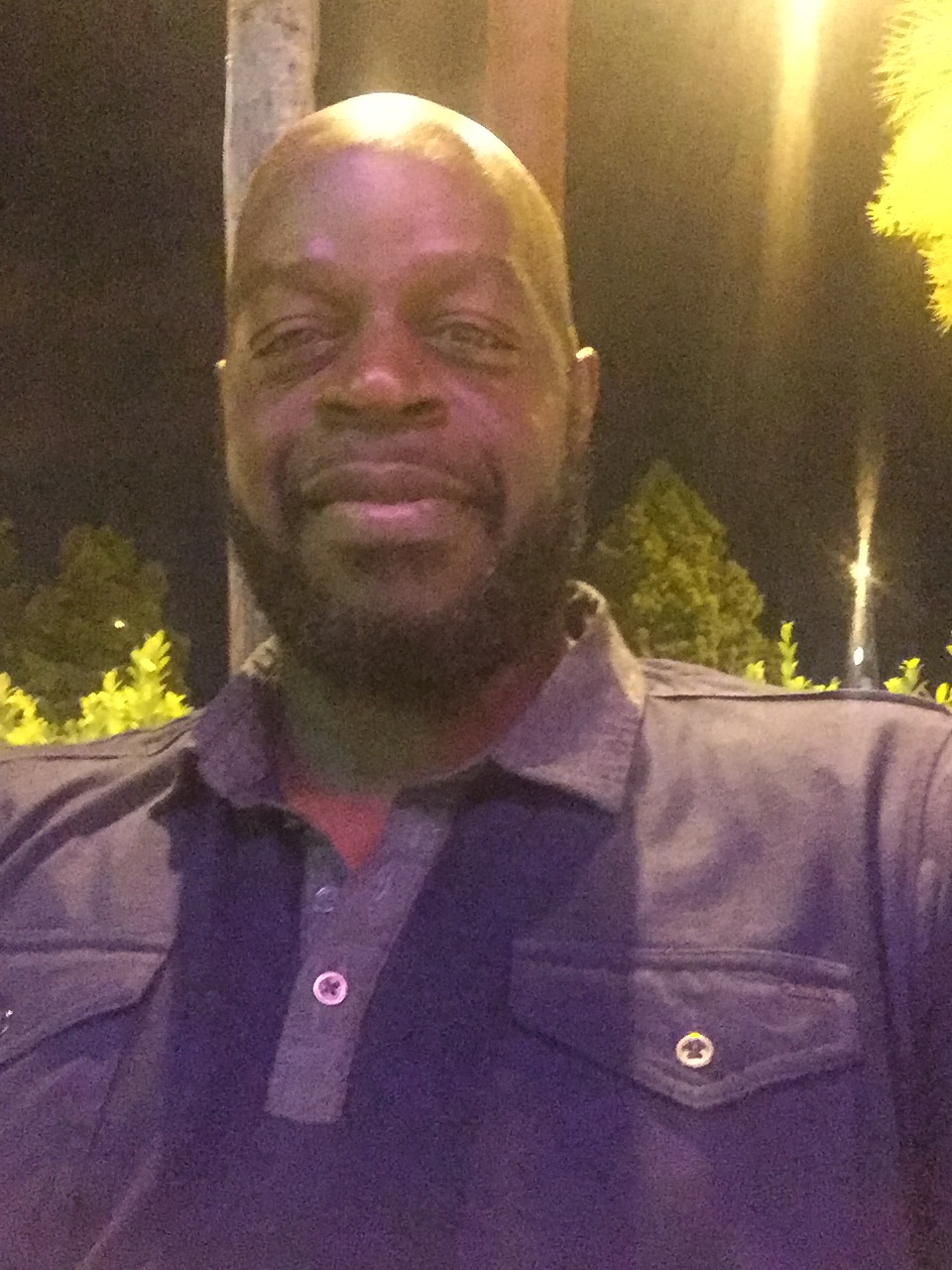 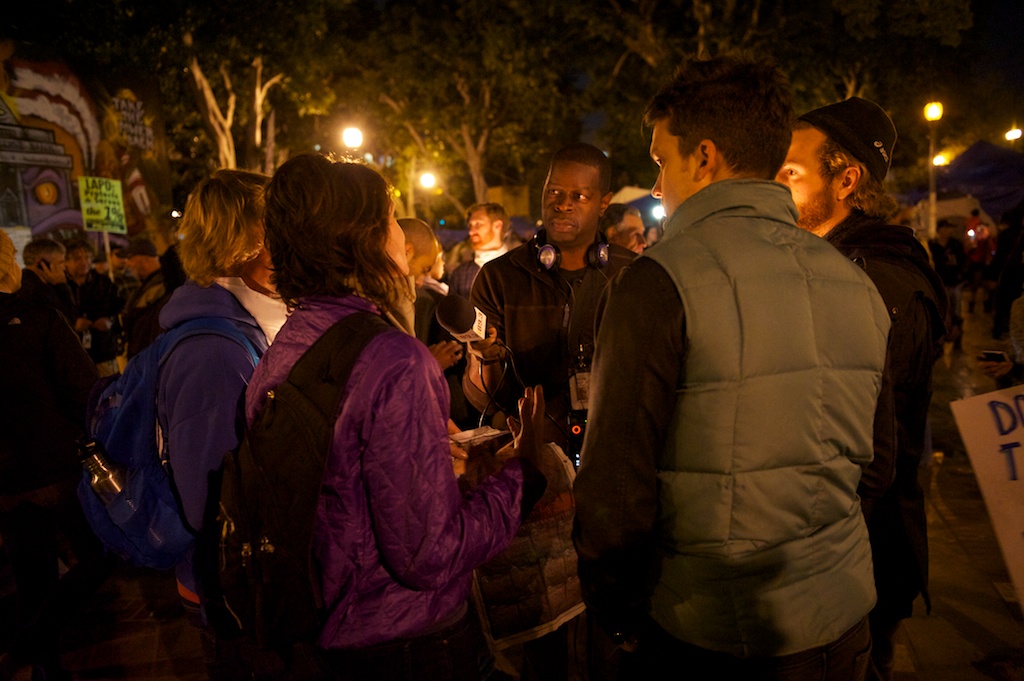