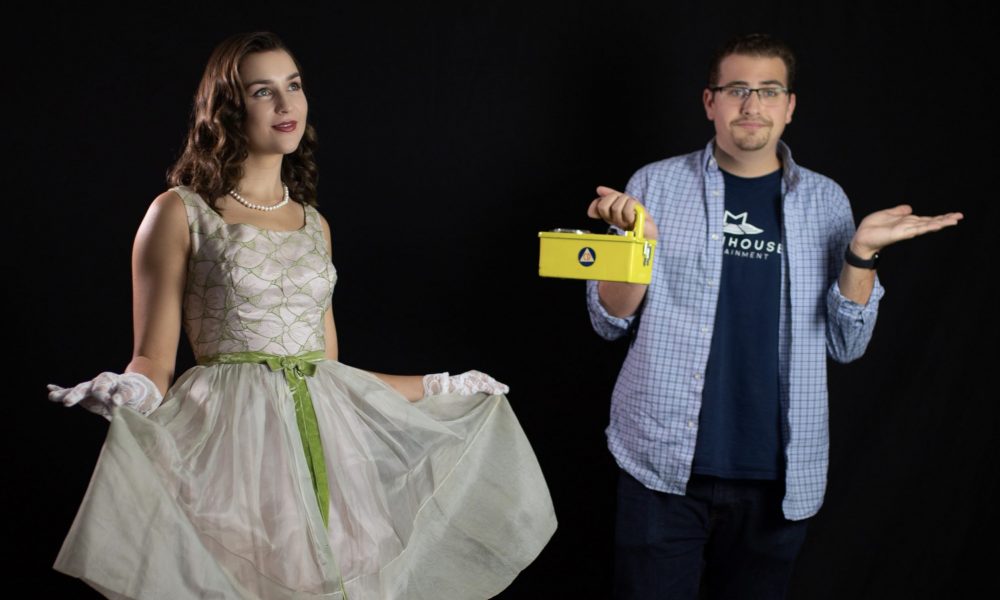 Today we’d like to introduce you to Cooper Hardin.

Thanks for sharing your story with us Cooper. So, let’s start at the beginning and we can move on from there.
I got my start when I moved out to Los Angeles after graduating from the University of Virginia to work for Oracle, and then a year later deciding to quit that highly stable job for the least consistent gig – being an actor… I guess I caught the “bug.”

Now, why in the world would anyone choose such a path? Really? Because it doesn’t make a lot of sense to many of my non-acting peers. And I don’t blame them. There’s hardly any pay, the work is inconsistent, and most of us have to work two or three (or four!) “survival” jobs to get by. Why would anyone choose to suffer like that? Now, if you’re an actor, you get it. It’s not about the money or the prestige, it’s about becoming your most vulnerable self and sharing that with the world. Acting forces you to dig dip. To ask the hard questions. There’s a mental endurance required, which can be exhausting, but when captured perfectly it can be exhilarating. Acting is not only an outlet or escape; it is genuinely hard work. When done right, it can change perspectives and help others through shared human experiences. When people can connect to your character, you know you’ve done it right.

While I love acting, I’m realizing – to fall in love with just one avenue of art would go against the grain of who I am. My passions are multifaceted, and my hope is to help this world. I aim to use entertainment as a platform for progress and develop not just incredible stories but new types of business models which promote the causes I care most for. This goal has led me to become the Chief Operating Officer of Multihouse Entertainment – a company that shares my values and through which I believe we will effect change. I am thrilled to share our stories with the world.

We’re always bombarded by how great it is to pursue your passion, etc – but we’ve spoken with enough people to know that it’s not always easy. Overall, would you say things have been easy for you?
My journey has been one of self-acceptance and overcoming set expectations. Growing up, I always did the opposite of what everyone else was doing. While girls were playing house in their dresses, I was wearing overalls and playing football. There’s nothing wrong with the status quo, but that life was never enough for me. Following the straight and narrow and doing things simply because they’ve always been done that way made me uncomfortable. I’ve always thought, “There always has to be another way. There has to be a better way.”

Unfortunately, being different made me feel like an outcast. Like so many others, this resulted in me suppressing the best parts of myself. Every utterance of “you’re too much” or “tone it down” felt like a sucker punch to my soul. Being loud, constantly excited, being boyish, or a dreamer was somehow a threat to their existence. Denying myself that part of me was hard to cope with for most of my life. It can make you feel like a fraud and disingenuous in your own skin.

Now, pursuing acting was terrifying initially. You’re constantly faced with self-doubt and rejection, but I knew I must fight those fears because I could no longer “play it safe.” I no longer wanted to be a part of a world where I’m “too much.” Because in that world, I was living a lie. I wasn’t being truly myself. I know fear will always be lurking beneath the surface, even though I’ve found some success, and the challenge will always be to face it head-on. No hiding.

So, it was through facing my fears and pursuing my passion that I discovered that being different is ok. That I’m not “too much.” I’m exactly what I need to be. I just needed to find the people who accept me for who I am.

Though it does feel a bit like something out of a movie, I’ve stumbled upon a group of doers who are shaking up the status quo of entertainment and in the process using the industry as a means to help people. And these doers have become my family. They are Multihouse. And our family is expanding. Now with branches in Florida and New York, with several other branches on the way, we aim to help the people in our community break free of their societal restraints and to turn their dreams into reality. In our family, no one is “too much.”

Moving forwards, the challenge we face as a company is helping others see not what already is, but what can be. Because we believe innovation isn’t always disruption, it’s evolution.

So, as you know, we’re impressed with Multihouse Entertainment – tell our readers more, for example what you’re most proud of as a company and what sets you apart from others.
Multihouse Entertainment is a multi-platform entertainment company with a special focus on historical projects. We believe in pushing the limits of storytelling by empowering our storytellers to do what they do best. Audiences deserve quality content that innovates and inspires.

Our rapid growth is unusual and has captured the interest of a variety of industry leaders. In our first year of business, in addition to establishing a base of operations in Los Angeles, we launched satellite divisions in both Brooklyn and Orlando. By the end of 2020, we’re launching satellite branches in both Atlanta and the United Kingdom.

Our team consists of visionaries who share our belief that the future of entertainment is great multi-platform storytelling. Merging technology and art in new and spectacular ways with our powerful franchises and immersive creative experiences.

As Chief Operating Officer, my main specialty is people in all their depth and diversity. My focus is on helping others reach their full potential by converting their dreams into actionable goals that drives the creative process. I’m proud of the family we’ve created so far and how well we take care of each other. We are inclusive, innovative, and use our great respect for the past to forge a powerful new path towards the future. It’s the people who have made Multihouse Entertainment what it is today.

So, what’s next? Any big plans?
We are currently working on an as of now “Top Secret” tech product that we believe will shift the industry. We are banding together a team of developers to create a beta product, and we can’t wait to share our invention with the world!

In the meantime, we are constantly churning out high-quality content. We care about good storytelling that has impact. On November 4th, we released our Civil Defense anthology series – Civil Defense: Red Rover. Set in 1954, this story explores what would’ve happened if the Cold War turned HOT. The experience is paired with a graphic novel preview and a companion AR experience. This project was filmed in the middle of the summer in the desert, and I am most proud we all survived the heat to finish this incredible piece of work.

In addition to Red Rover, we are in production on another film project titled Redcoats and Petticoats. Filming in New York this November, the final cut will be released in the New Year. Several other projects in our pipeline that we are working to get made will be revealed in the New Year as well. 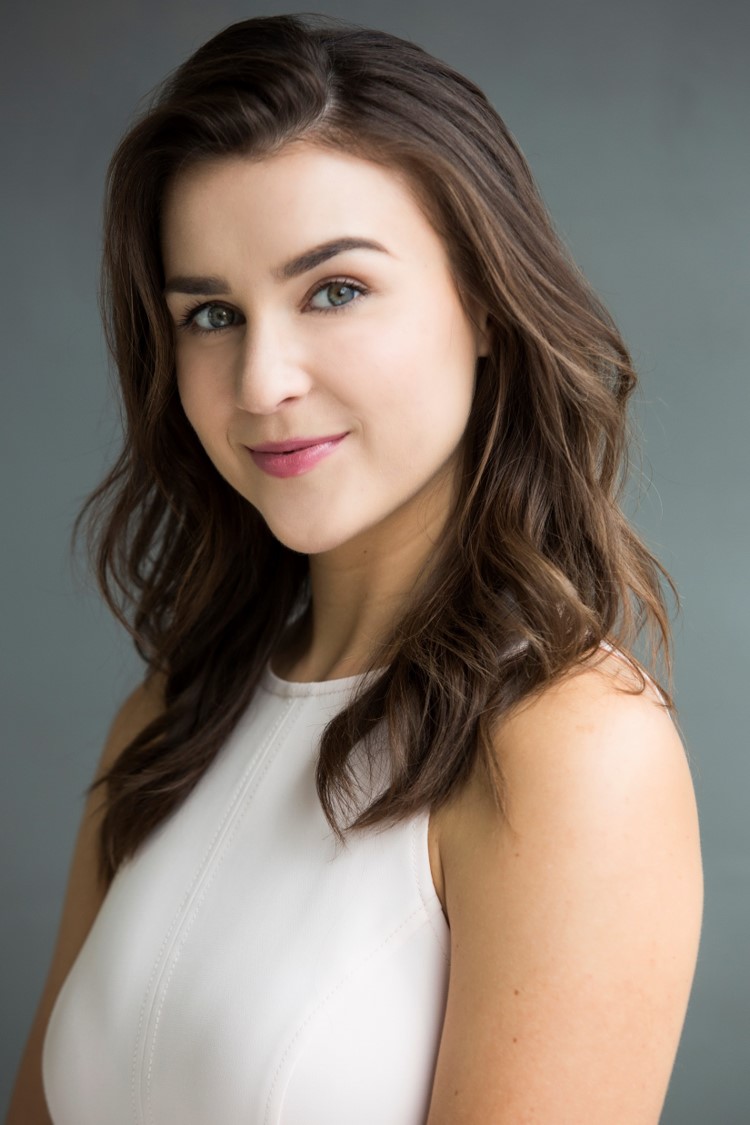 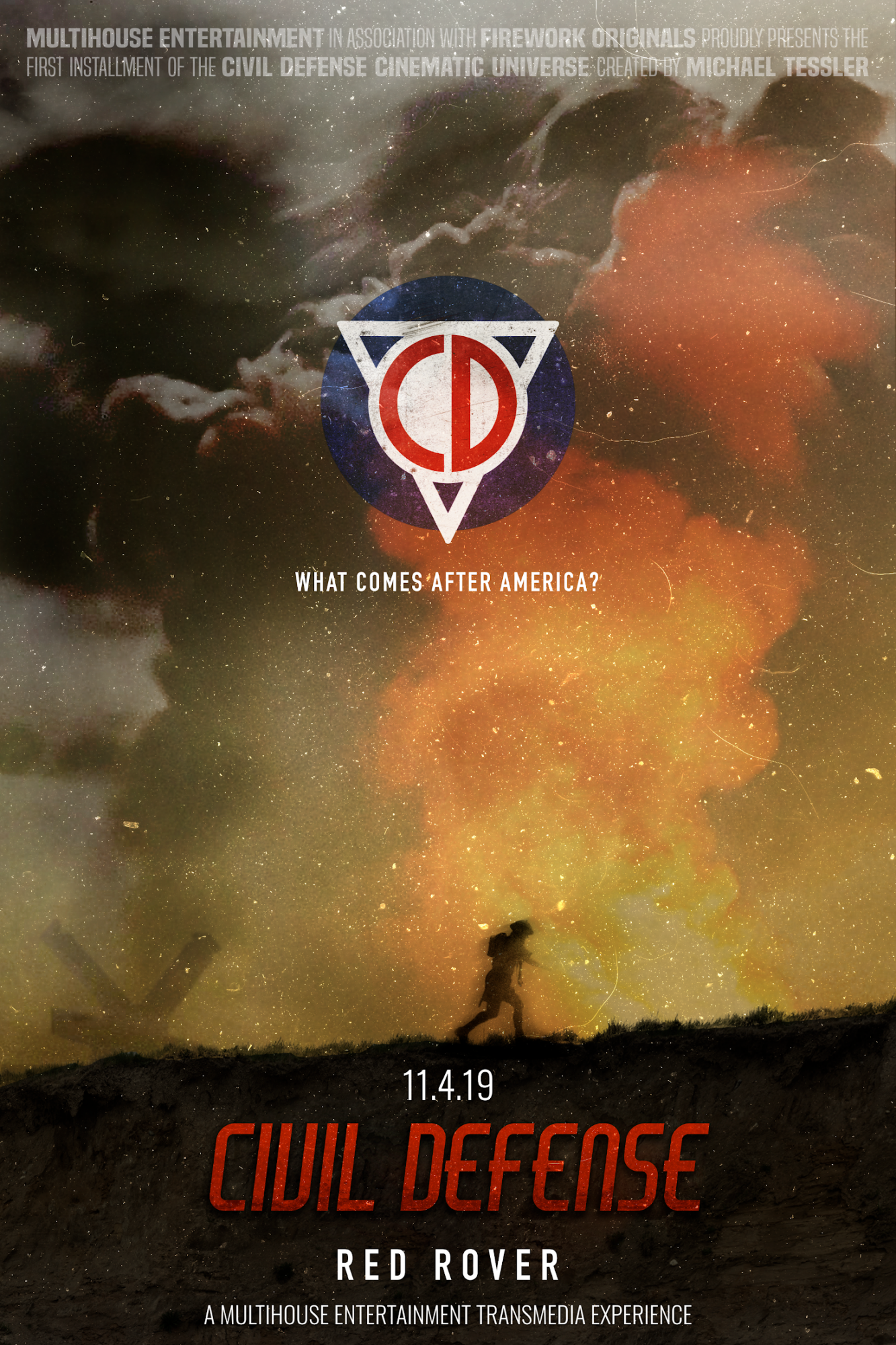 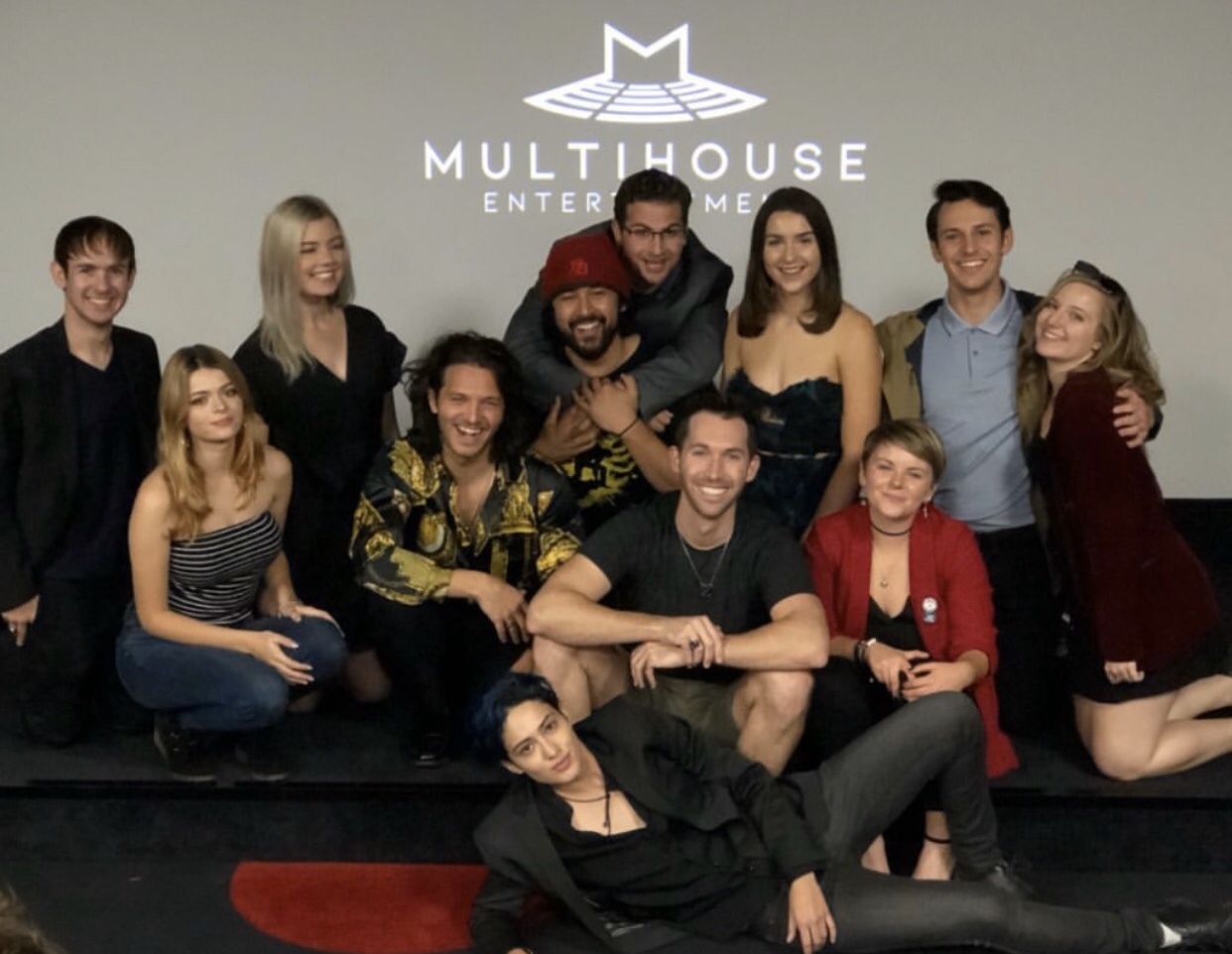 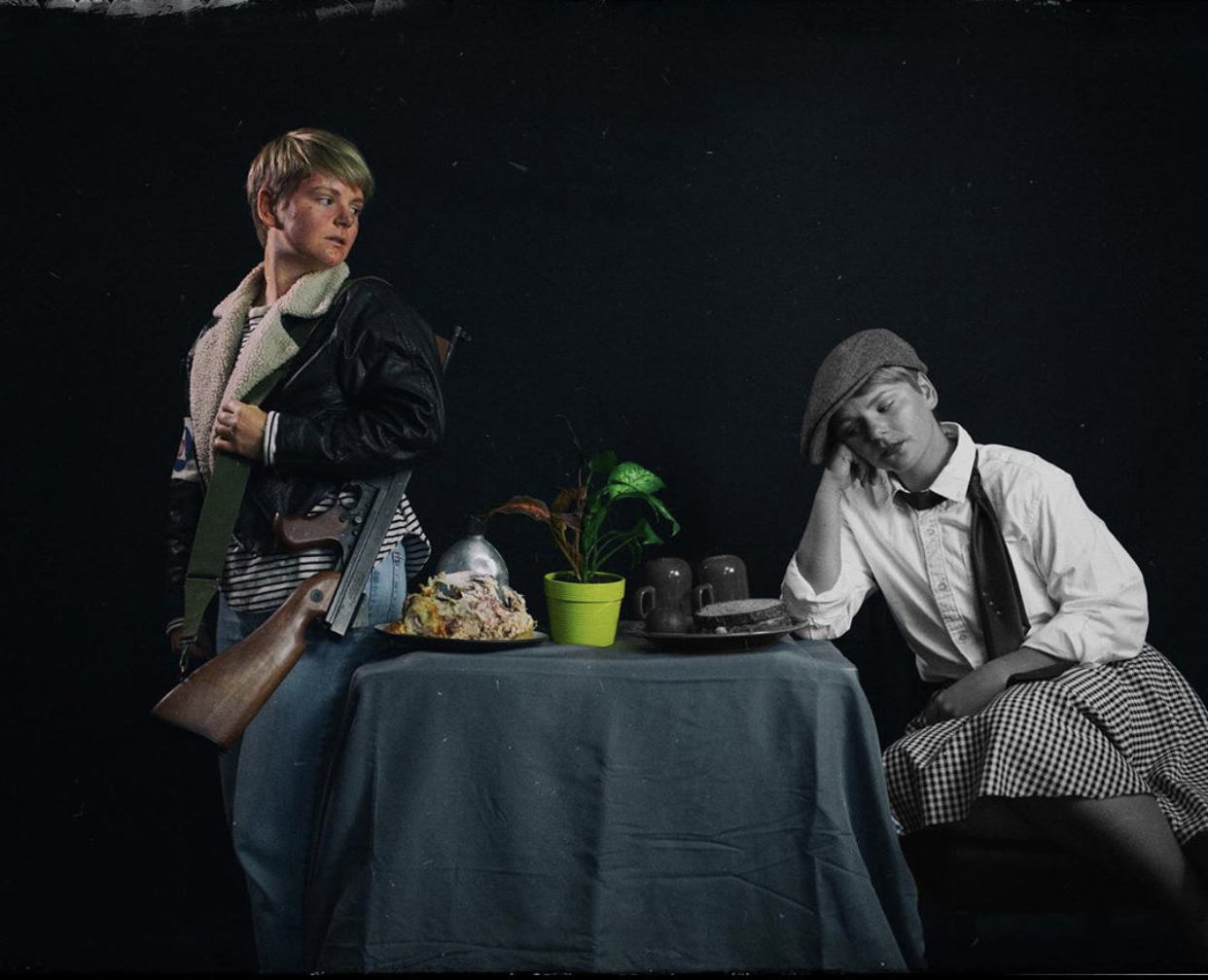 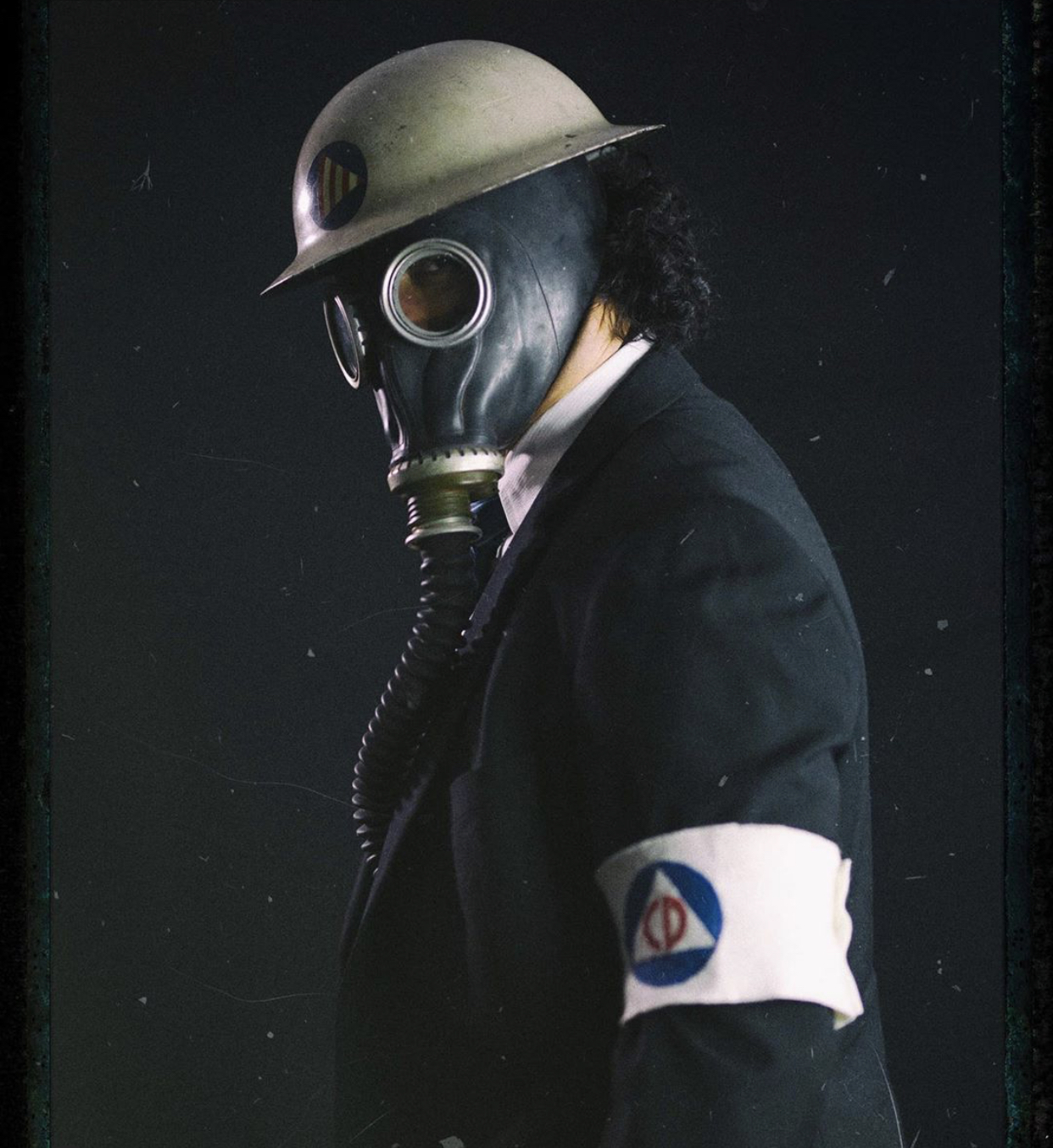