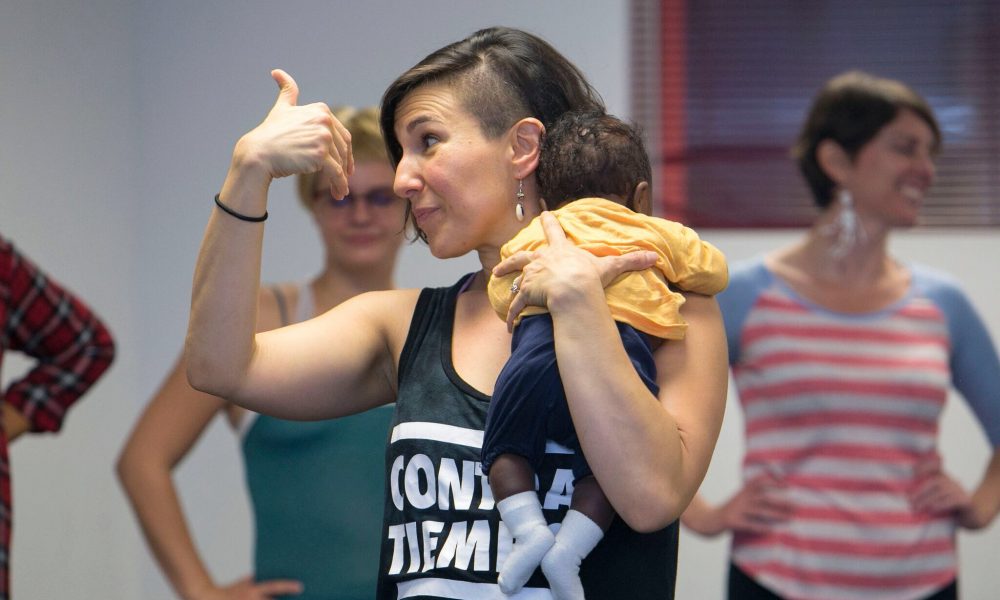 Today we’d like to introduce you to Ana Maria Alvarez.

Thanks for sharing your story with us Ana. So, let’s start at the beginning and we can move on from there.
I started dancing at the age of 5 – my family moved all over, mainly the South-East United States. Both of my parents were involved in the labor movement and my father’s job as an organizer had us moving frequently – I was the perpetual new kid -but dance was always my consistency, I studied in various studios, community centers and after-school programs. Middle School into high school I became very serious about ballet but at 10th grade decided to leave ballet altogether and I began working with a college dance company at NC A & T State University, one of the Historically Black Universities in Greensboro, NC.

There I studied with Dr. Elenor Gwynn who introduced me to Katherine Dunham’s technique. From there I began my journey into the Cuban and Haitian roots of Dunham Technique. My father is Cuban and I grew up dancing Salsa socially at family parties, my grandfather (Abo) was my first dance partner! In high school and college, I began traveling to study dance forms of the Caribbean: Jamaica, Bahamas, Puerto Rico and made several trips to Cuba. My junior year of college, I lived in Argentina for 7 months and studied intensely and began performing Tango.

During this time I also attended the Urban Bush Women’s first Summer Leadership Institute in FL and The Katherine Dunham Institute in NYC. Both of these experiences shifted what I knew to be possible and inspired me to fully take on dance and social change as my career path. I wound up interning with the Urban Bush Women for a winter term and have been so fortunate to call Jawole Willa Jo Zollar, the founding Artistic Director of UBW, a mentor over the years. I also last year began my journey to become Dunham Certified, which I am honored to one day be able to continue to shine a light on Mrs. Dunham’s incredible legacy.

As an undergrad, I majored in Dance and Politics (a double major that no one else had 🙂 – at Oberlin College in Ohio. After that I started to dance professionally in NYC – dancing in other people’s projects and shows (mainly Afro-Haitian and Tango), while also working full time with a Social Service organization called Center for Family Life with an arts program in a middle school called “Lifelines” Community Arts Project. Julie Brockway, the founder of this program became, and still is, another longtime mentor.

After working for several years in NYC I decided to apply to UCLA’s Dept. of World Arts and Cultures and was accepted. I moved my whole life, with me at the time boyfriend (now husband) Jon, to Los Angeles and started working on my MFA in Choreography.

This two and half years were pivotal for me in defining and clearly articulating my values and beliefs as an artist/choreographer. Through my thesis work, I began exploring Salsa as a mechanism to challenge gender constructs and immigration policy (under Bush) – this piece was called CONTRA-TIEMPO. This was 13 years ago!

After graduating I filed for 501c3 – as I became quickly clear that I was running a dance company without the structure to support my dancers and myself. We hit the road running, and over the last decade, we have grown into a prolific professional dance company that embodies movement for social change. We are always a work in progress, but I feel deeply inspired by the work we do and the message we share through both on and off the concert stage.

Has it been a smooth road?
There were many obstacles and still continue to be:
1 – Founding a dance company and several years later the economy tanked
2 – Running an Urban Latin dance company in a field that has for so long been focused on modern and ballet as the rubrics for ‘real dance’.
3 – Being a woman (when I was younger especially) and being taken seriously in a leadership position – again in a field that is dominated by men artistic directors/choreographers
4 – Funders who have supported the growth and work deciding to no longer give money to the arts, having to explain and re-explain the value and depth of our work (people get it when they experience it live, but I find that it is sometimes challenging for folks to understand that dance is a transformational tool and creates deep and lasting impacts on individuals, communities and systems)
5 – Articulating the nuance of collaboration (with my dancers and other artists) in a world that wants to solely recognize one leader/one visionary instead of propping up and celebrating the power of collective art making
6 – Getting enough sleep
7 – Standing for self care – balancing my personal and professional lives, I am a mother of two and although on the outside it often looks like I’m pulling it off – it is definitely a challenge to balance it all and balance it well – there are days I feel like I’m really doing it and many many days where I feel like I’m not.
8 – Raising enough money to cover the actual costs of our work, when the majority of my time is spent doing the work (we need a development person but currently don’t have the budget for one)
9 – Realizing that I can’t make everyone happy.

There are so many more -but I think the fundamental lesson I’ve learned over these years is to see obstacles as opportunities for growth, further articulation of values and to not let fear or failure stop the movement…

We’d love to hear more about your business.
CONTRA-TIEMPO is a bold, multilingual Los Angeles-based dance company. We are creating physically intense and politically astute performance work that moves audiences to imagine what is possible. We create a new physical, visual and sonic vocabulary that collages Salsa, Afro-Cuban, hip-hop, and contemporary dance with theater, compelling text, and original music to bring dynamic multi-modal experiences to the concert stage.

What sets the company apart most is our unique relationship to our own community.

CONTRA-TIEMPO takes an uncompromisingly radical approach to the ways in which artists function within communities and create their work. We intentionally engage diverse audiences, cultivate dancer leaders, and center stories not traditionally heard on the concert stage, using our engagement process to inform and continuously re-fuel our creative process, and vice-versa.

Much like the communities we reach, CONTRA-TIEMPO is itself a tapestry. Our company members are professional dancers, artists, immigrants, educators, activists, organizers, and movers of all types, living and working across Los Angeles and across the country. Each company member lives expresses and struggles within the varied and infinitely complex political and personal landscapes that I seek to address in our work.

I am most proud of how our work continues to grow and grapple with what it means to be human, to be inside of the community, to powerfully exist as a person of color, a woman, a person who exists in the in-between – inside of this moment in time.

We are currently working on an evening length work called “joyUS justUS”  – I am so excited that it will have a double premiere next Fall – in September 13th, we will perform the work as part of USC’s series Visions & Voices! This show will be free and open to the public so get your tickets fast!  http://visionsandvoices.usc.edu/
Later on, November 10th, 2018, we will perform again the entire piece, but this show will have live music with Las Cafeteras as The Carpenter Center at Cal State Long Beach.
Directly following these two shows we will begin a two year tour of the work across the US.

Is our city a good place to do what you do?
Like I mentioned before – we are constantly in the space of growth – and as soon as we are no longer in this place I will feel like my job is no longer relevant -but I don’t see that happening – as we can always find new ways to grow, to become more relevant and engaged, to learn and expand (or maybe sometimes contract). Success to me is existing inside of and continually embracing this growth. 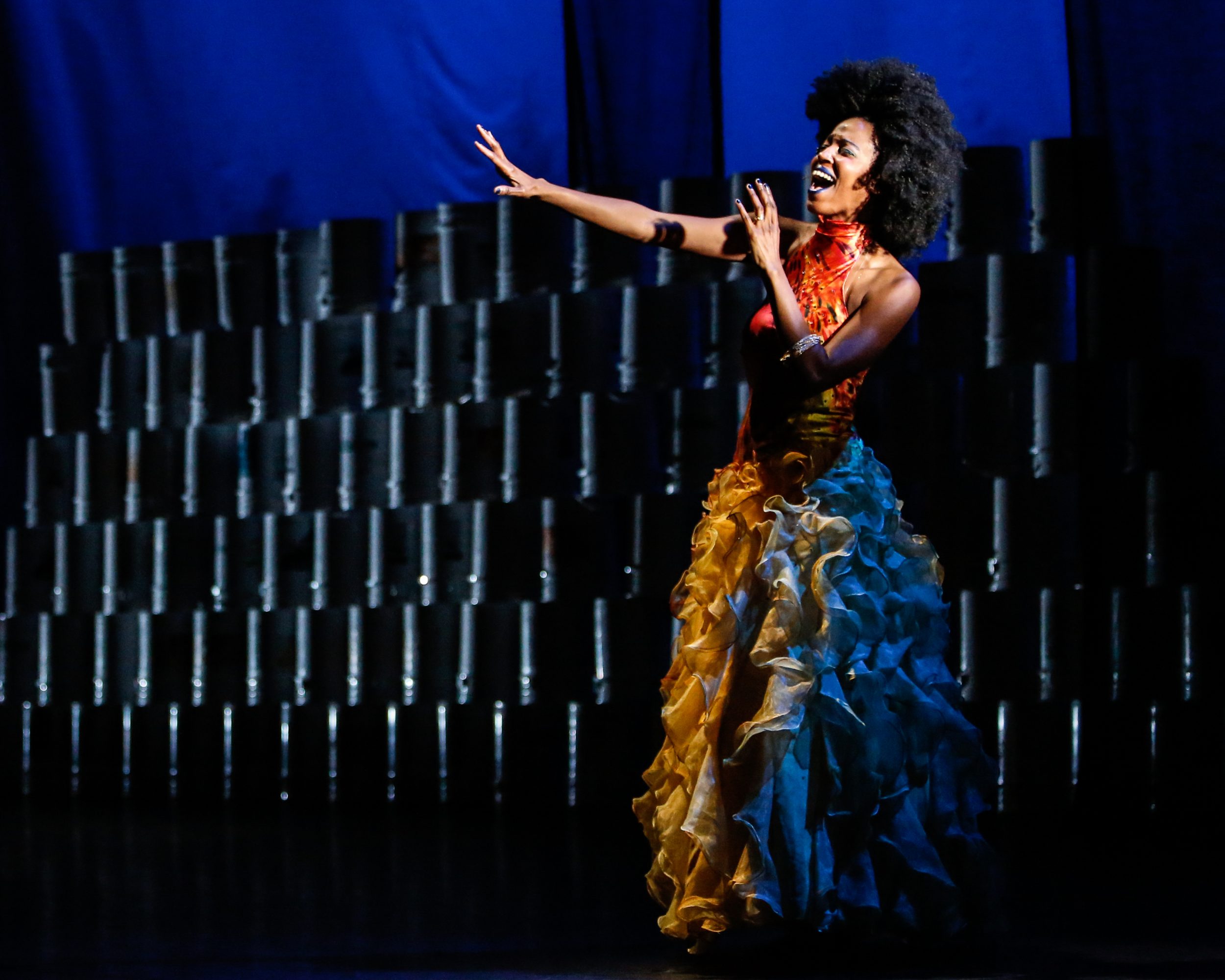 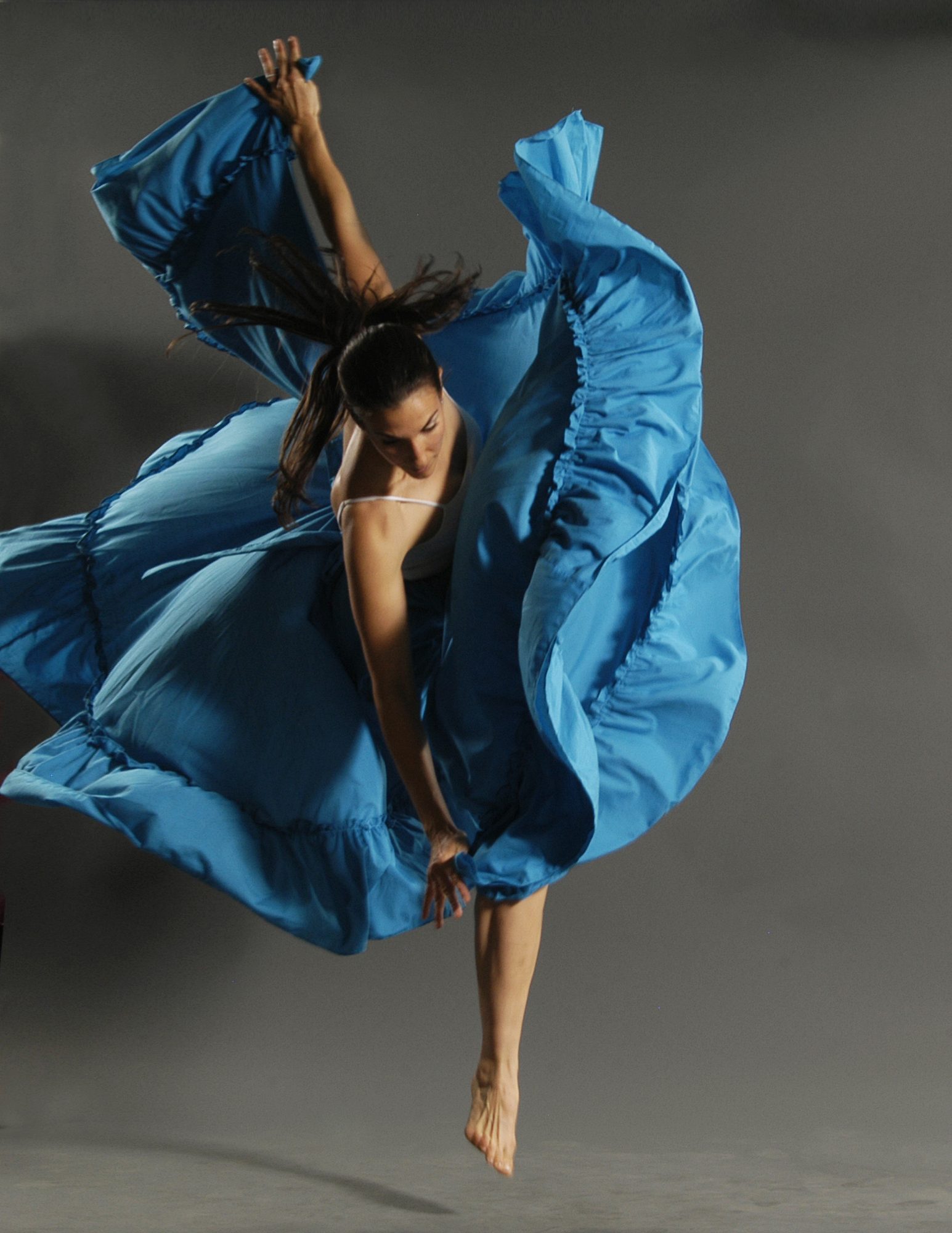 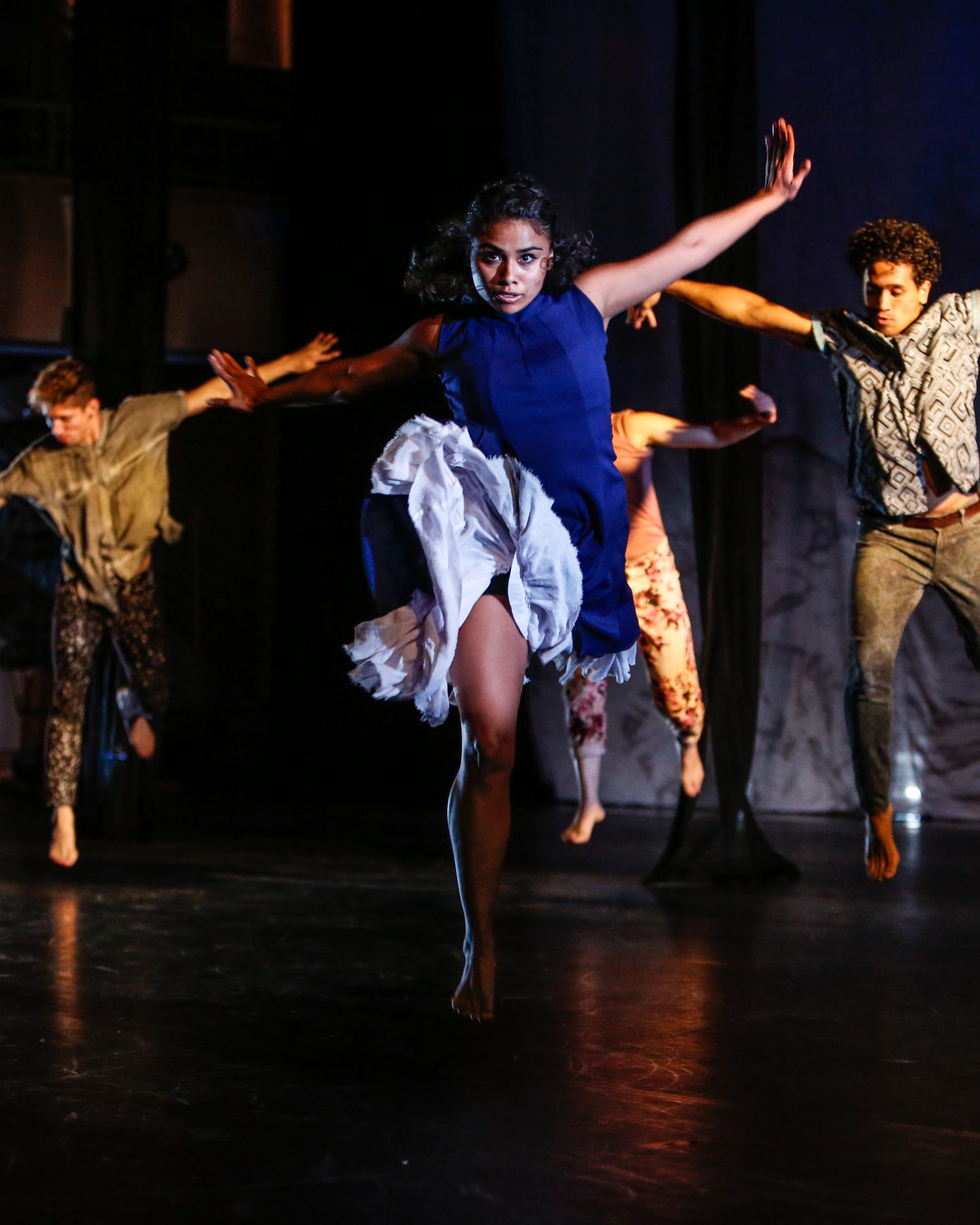 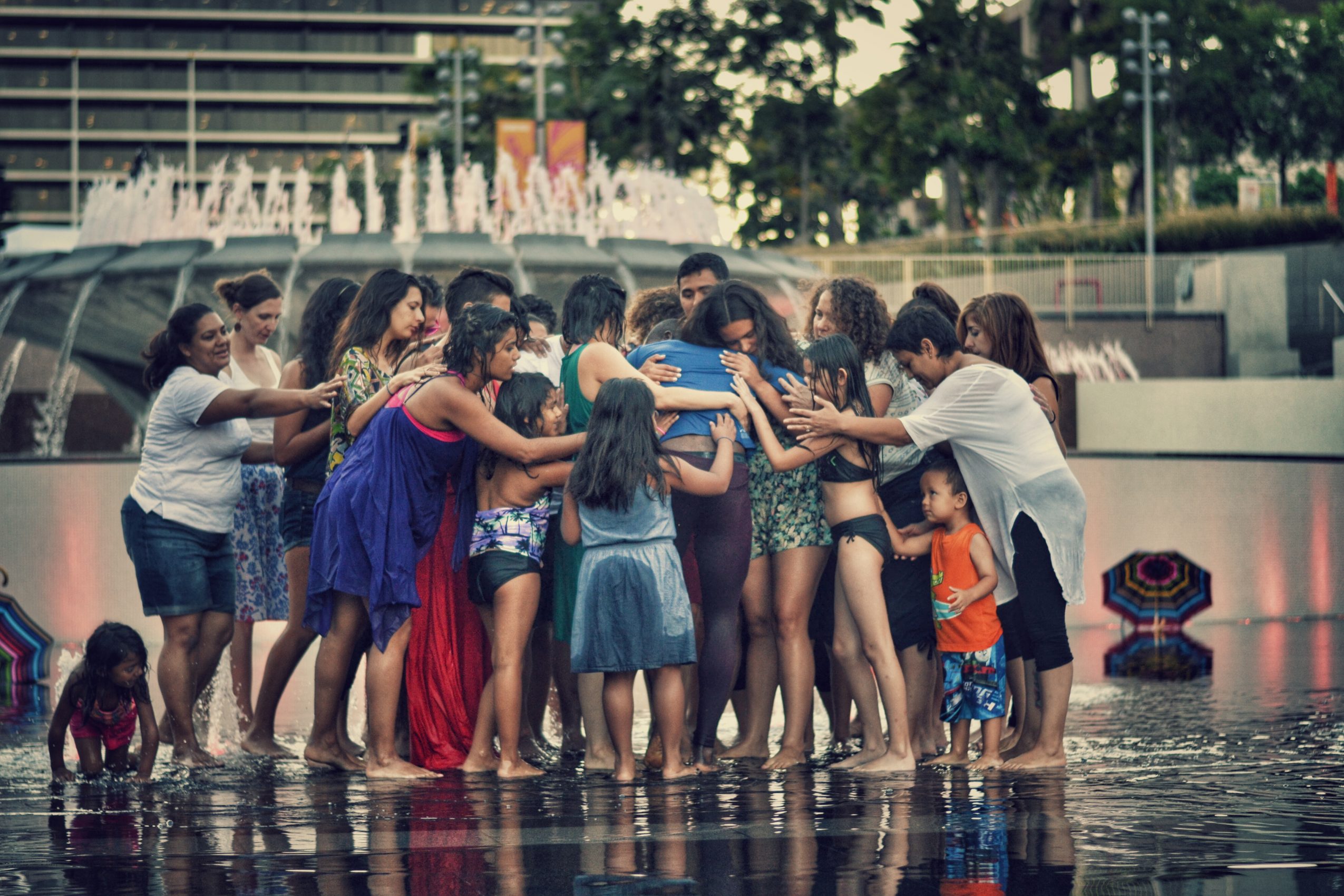 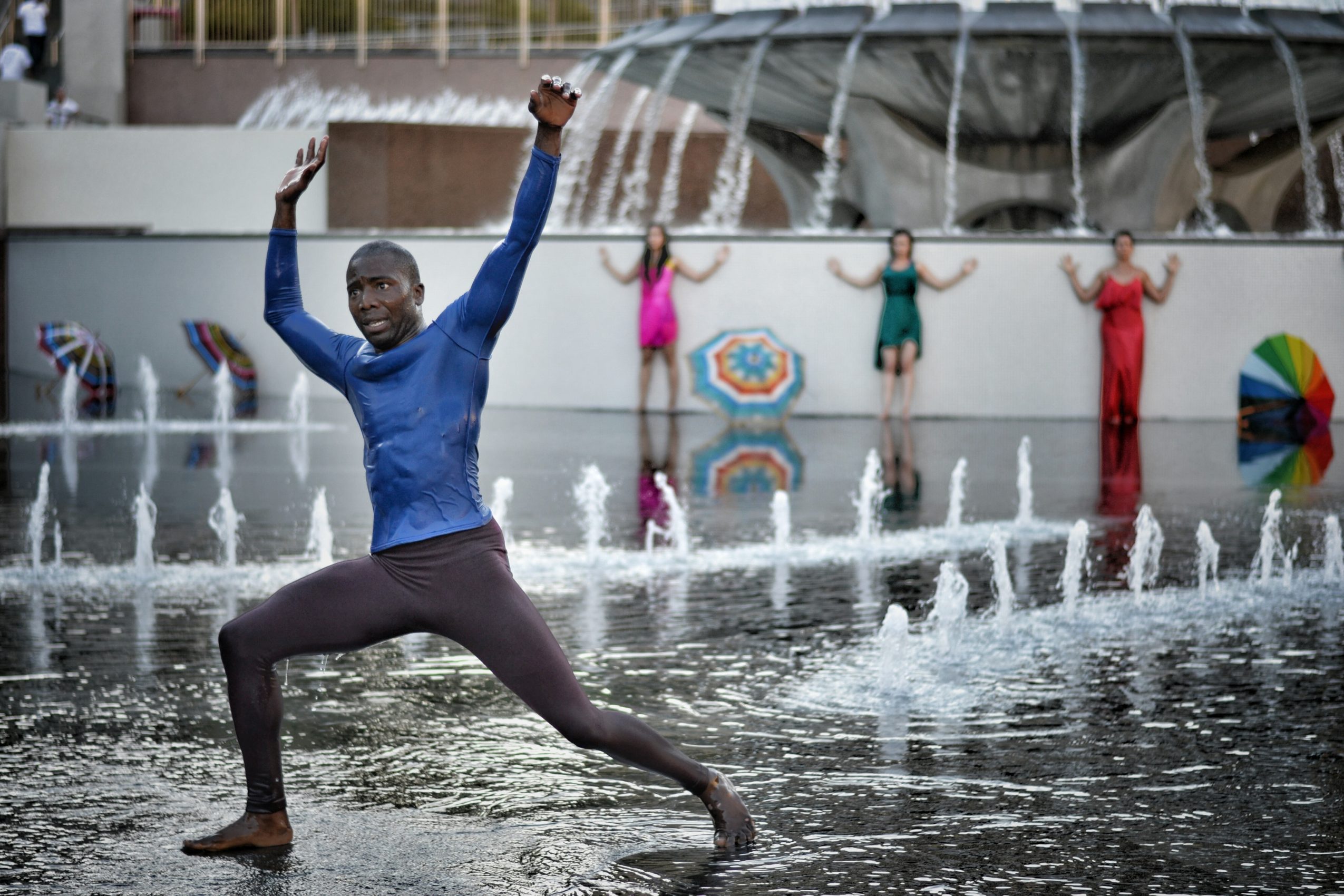 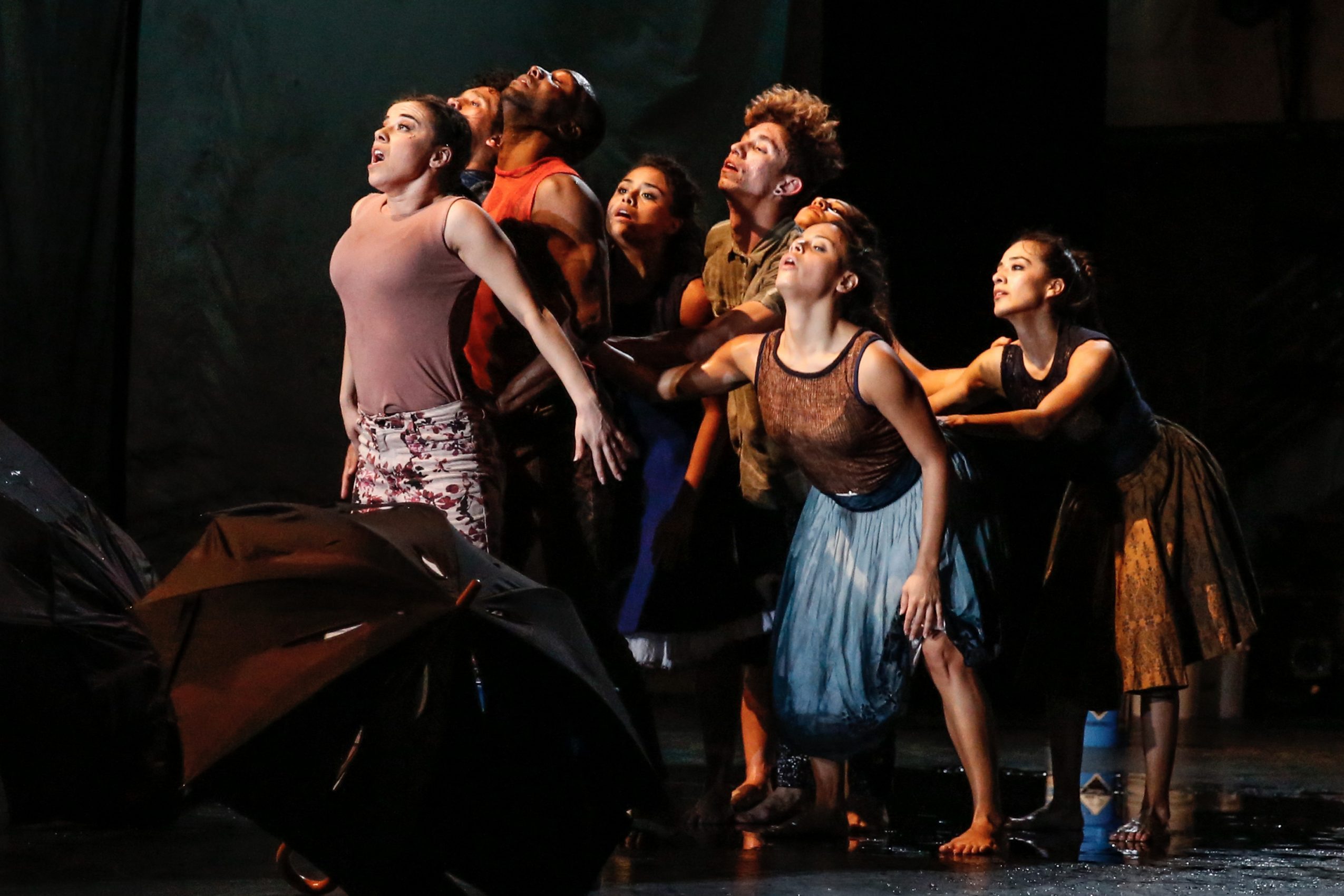 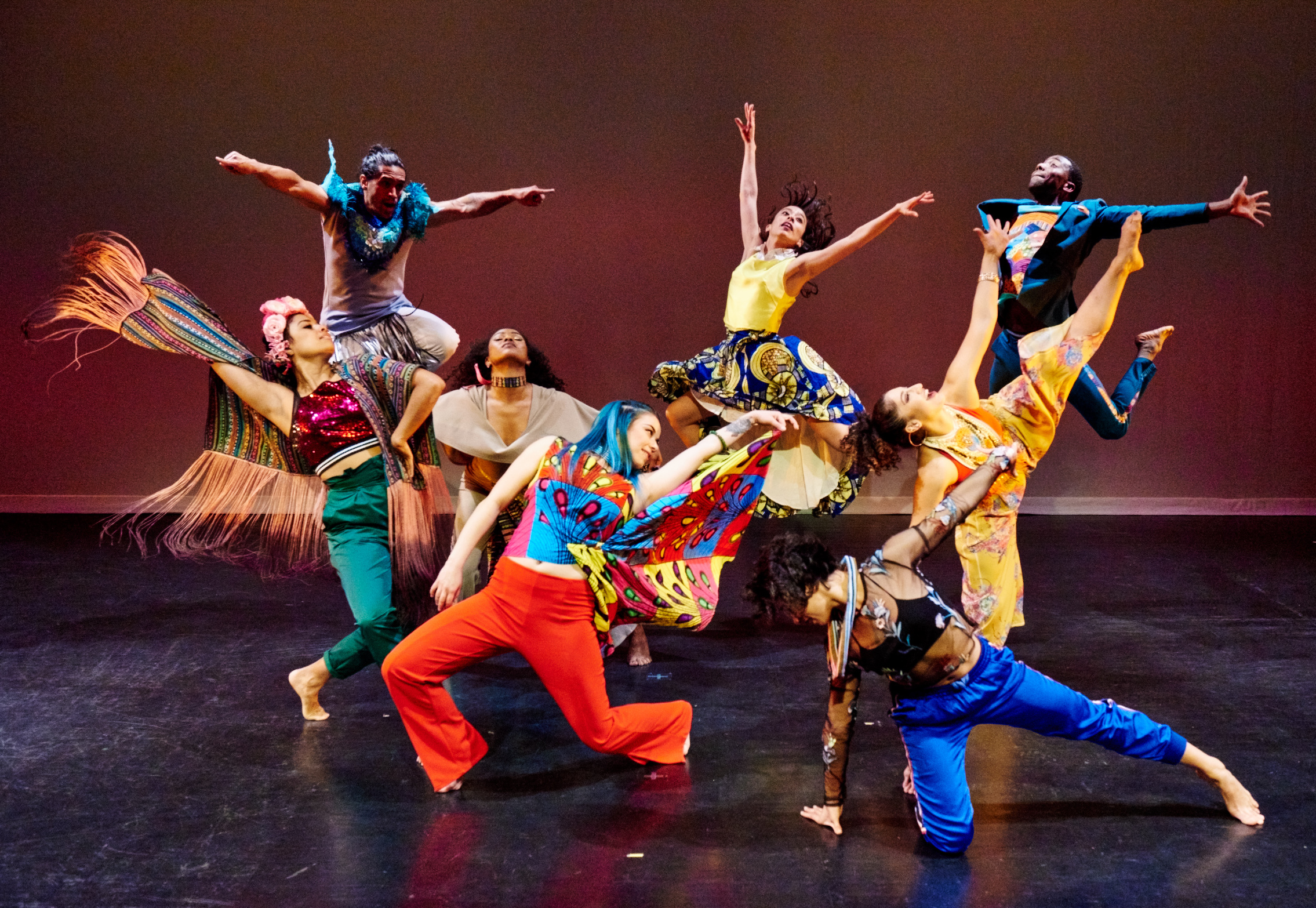 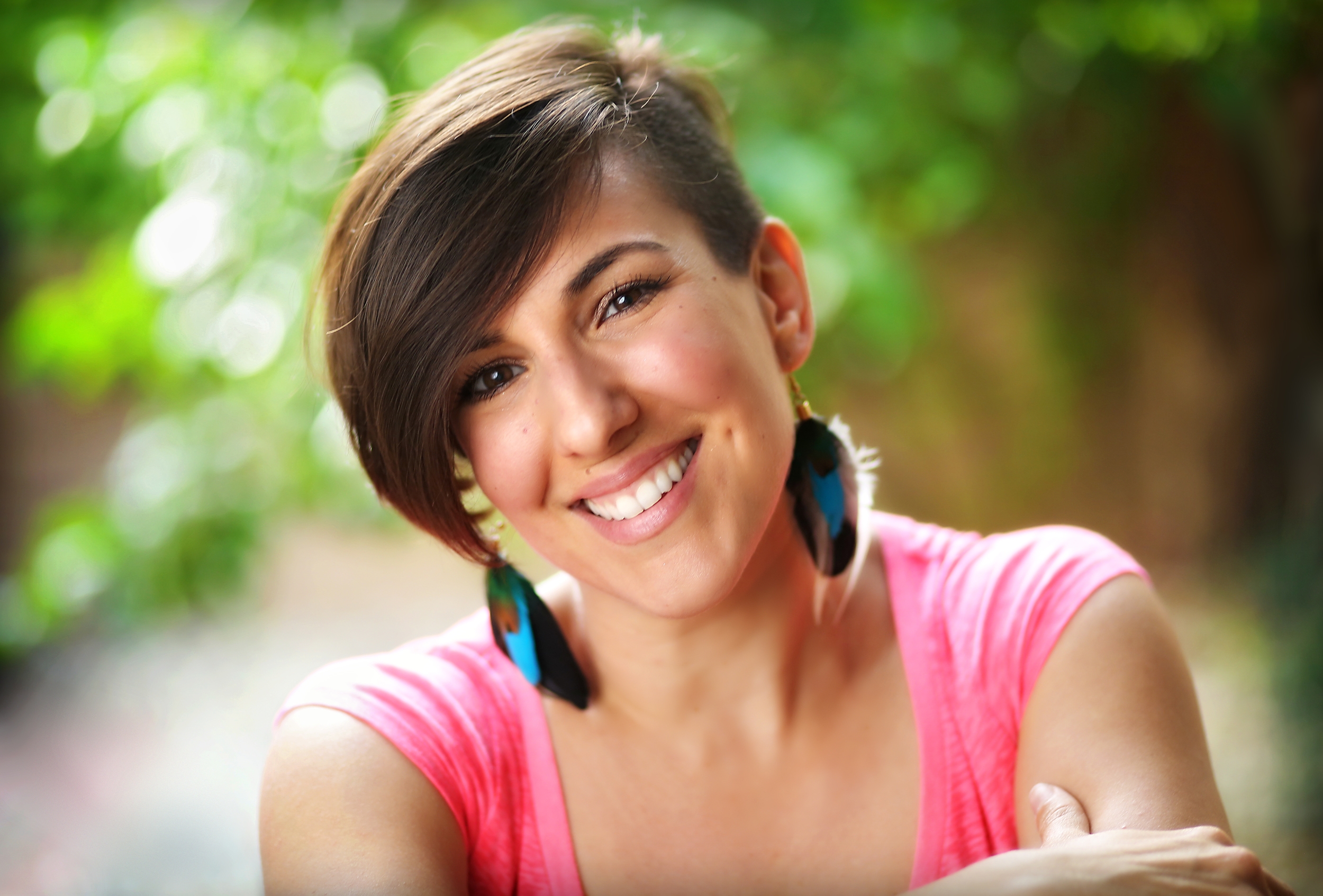 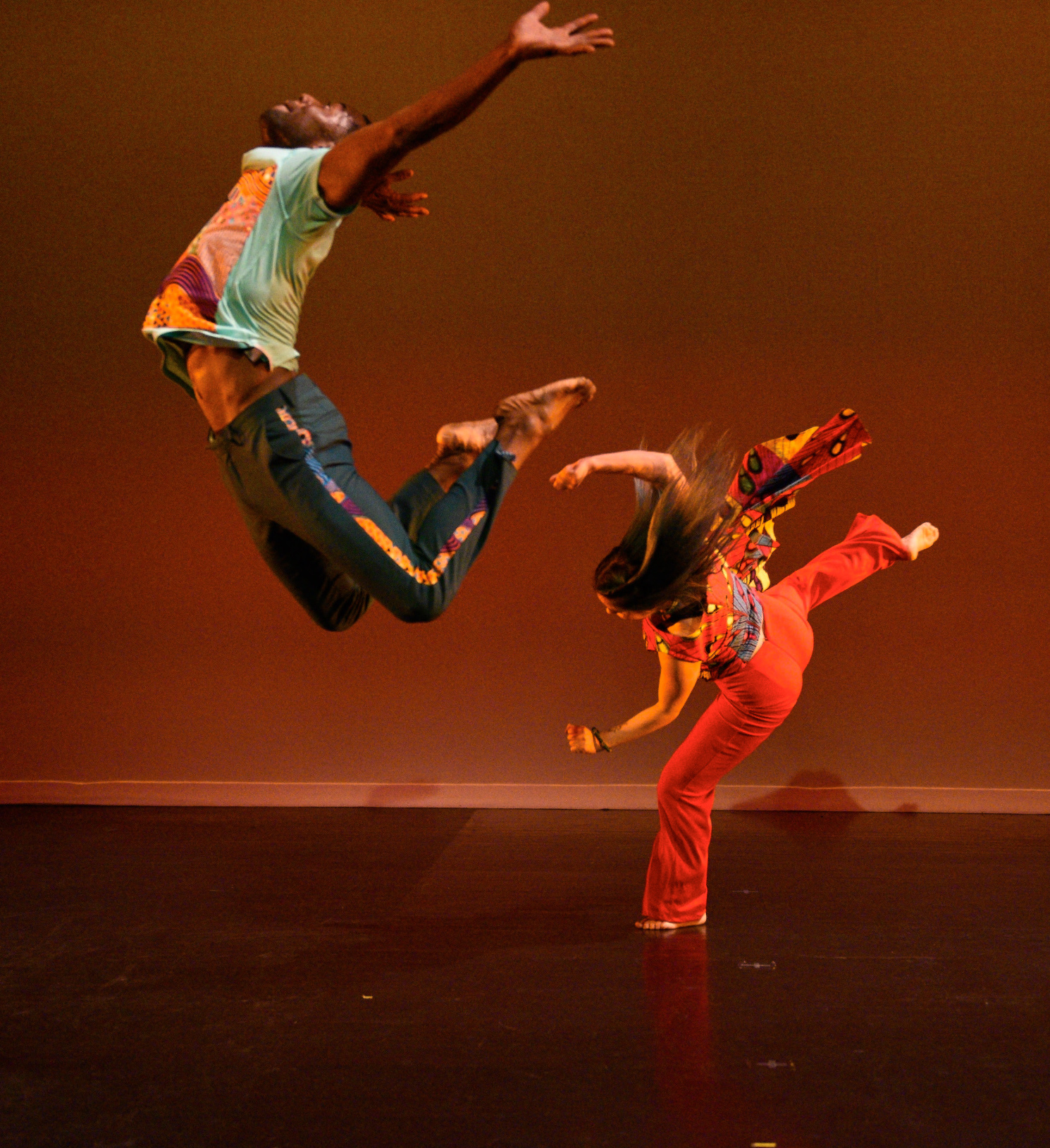 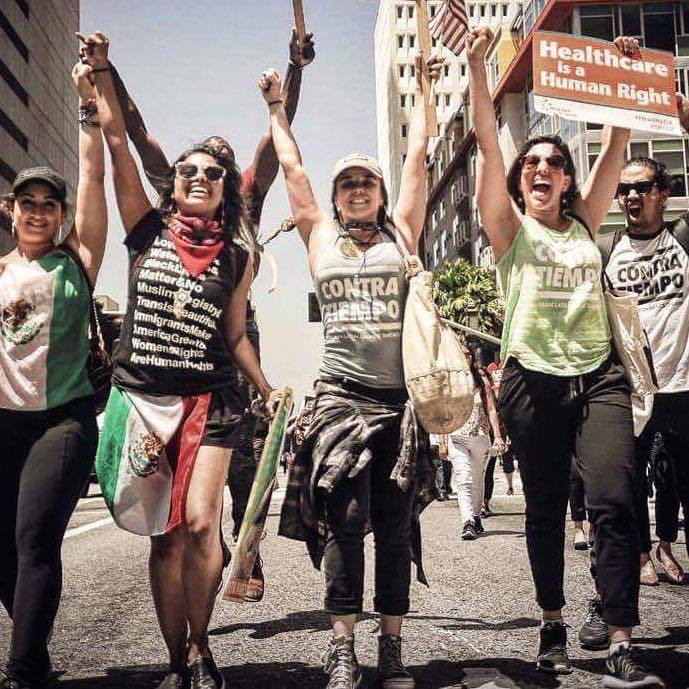