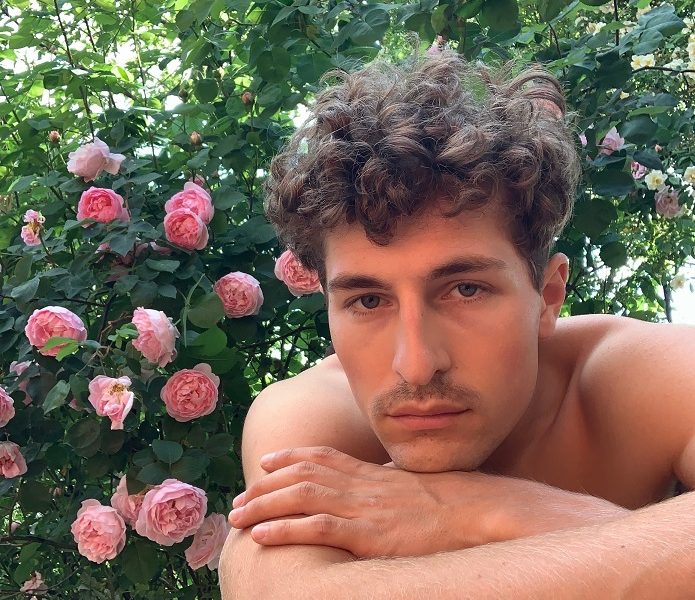 Today we’d like to introduce you to Conrad Sundqvist-Olmos.

Hi Conrad, it’s an honor to have you on the platform. Thanks for taking the time to share your story with us – to start maybe you can share some of your backstory with our readers?
The social isolation and tension have been real. It’s hard to find room to play even without all the masks and 6ft distancing and sanitizer and q-tips in your nose which go a little too deep and omg that person isn’t wearing a mask! Yikes. Too much stuff happening. So, hi. Here’s a moment to not do that. I hope reading my little story gives you something. Something that isn’t tense. Something human. That being said, introductions can be… boring, so I’m gonna try and make this brief and engaging. I was born in LA but raised in Stockholm Sweden. Growing up, I pursued entertainment right away. I started dancing and singing on TV when I was seven and a year later, I was wrapped into professional theatre.

My entertainment career as a child actor just kept chugging along from there. I did some TV shows, short films, a bunch of dubbing, commercials, and even toured with my band ‘2 Times 2’. (We competed in the junior version of that music competition Will Ferrell parodies in his Netflix movie, released in June of 2020). In addition to falling in love with everything entertainment-related, I also fell in love with a girl. I was 9, madly in love, and when she left 3rd grade to attend The Royal Ballet School, I followed her there. Having never danced ballet, I somehow passed several rounds of auditions and got accepted into the school. While my relationship with the girl lasted about a week, I stuck with ballet for more than eight years. Ballet was everything I consumed during those formative years of my life between 10 and 18. But, like so many dancers, I got injured.

After a failed surgery, I ended up quitting and moving to Boston to study acting at Boston University. The training I received there informs everything I do today. I use it every day while trying to figure “it” out. I guess this is the part where I let you know what I’m up to now. I’m in a very transitory moment where I’ve got my hands in a lot of places. I fell into some very fruitful music relationships right before the shutdowns which lead to some great music. I released a couple of collaborations with an artist called “I See Colors” last year. And in January, I began releasing some singles as ‘CASO’, which stands for Conrad Anthony Sundqvist-Olmos, my full name. Friday, May 28th, I’ll be releasing my 3rd single ‘forget about it’. Now acting might have slowed down on the professional side, but on a personal level, I’ve been fortunate enough to work with some incredibly driven and capable independent creators. After about a year and a half living as an artist in LA, I’ve found that the city has a lot to offer. It’s filled with supportive creatives and this publication is a perfect reflection of that.

We all face challenges, but looking back would you describe it as a relatively smooth road?
The road is never smooth and it would be terrifying if it was because life is not a smooth road. Life is messy and unexpected and a lot of the time you just have to deal with shit. Shit that you don’t deserve. Shit that feels pointless. And when it’s shit, it’s been valuable to remember that life shifts from good experiences to bad one’s all the time, unexpectedly. And instead of fighting this change, I try to appreciate it, acknowledging that there is a symbiosis between joy and misfortune. For one, it’s all mixed in with itself, and attempting to seek out the good and separating it from the bad is a fools’ errand. And second, opening up a conversation between what’s good and bad I’ve found that most ‘bad’ things are actually not so bad. And furthermore, what’s making bad things worse is my insistence on directing and dissecting them. I tried to explore this symbiosis between good and bad in my new single ‘forget about it’. There will always be bad things, but life might seem a little brighter if you chose not to fight the bad and instead indulge in the good that comes alongside it.

Can you tell our readers more about what you do and what you think sets you apart from others?
I’ll answer that question but I want to preface it by saying that I’m a product of the times and I love it. Being creative has never been more accessible and it amazes me how capable people are when they are given the tools to let their creativity take space. The accessibility to art-making allows me to produce, write, record, mix, release, and profit from my own music all without leaving my bedroom. On a computer from 2015. That blows me away. Now what sets me apart is simply my experiences. Cliche but it paints a clear picture. I am me. I make music I enjoy. It’s not trying to be anything but what it is. Sometimes that’s a pop song like my first single ‘Complicated’ and sometimes it’s a slow atmospheric love guitar-infused ballad like ‘Party Girl’. That being said, my strong suit has always been lyrics so I often market myself as a songwriter. Lately, however, I’ve started to produce more which has provided me with a whole new set of paths into songwriting. Working on my music has also opened up a lot of other opportunities to be creative. I’ve worked on my cover art, promotional posts, and shoot my first music video. I’ve really been able to satiate a larger creative appetite through that work. I’m happy about that.

Now in terms of acting… what sets me apart is my duality of seriousness and play. I am serious about my work and I value a professional environment. The laidback and ‘chill’ approach to professional interactions can quickly suck the respect and value of someone’s work out of an interaction. I never want to contribute to that. So I take my work seriously and meet other’s work seriously. The other side of me is all play. Acting is like being a kid at a candy store and running through the isles. Once the work has been put in and I’m on set, I just play and continuously trying new things. I’ve found that most of the time directors and crew really appreciate that. I find it more serious of a profession being an AC or on the sound team, etc. than being an actor. Meanwhile, I’m hiding cheese balls in my coat pocket and whipping them out in a scene in an attempt to surprise both myself and anyone watching. That ability to play on set is something I’ve really only been able to find due to my training and it’s been the golden ticket to making me feel at home in my acting.

How do you think about happiness?
People make me happy. Seeing people work hard at something they love, work hard at something they believe in, or even just work to get paid. I’m so proud of my friends. I look at them and I’m immediately injected with this urge to live. There’s nothing that consistently gives me more energy than seeing people put in the work and succeed. 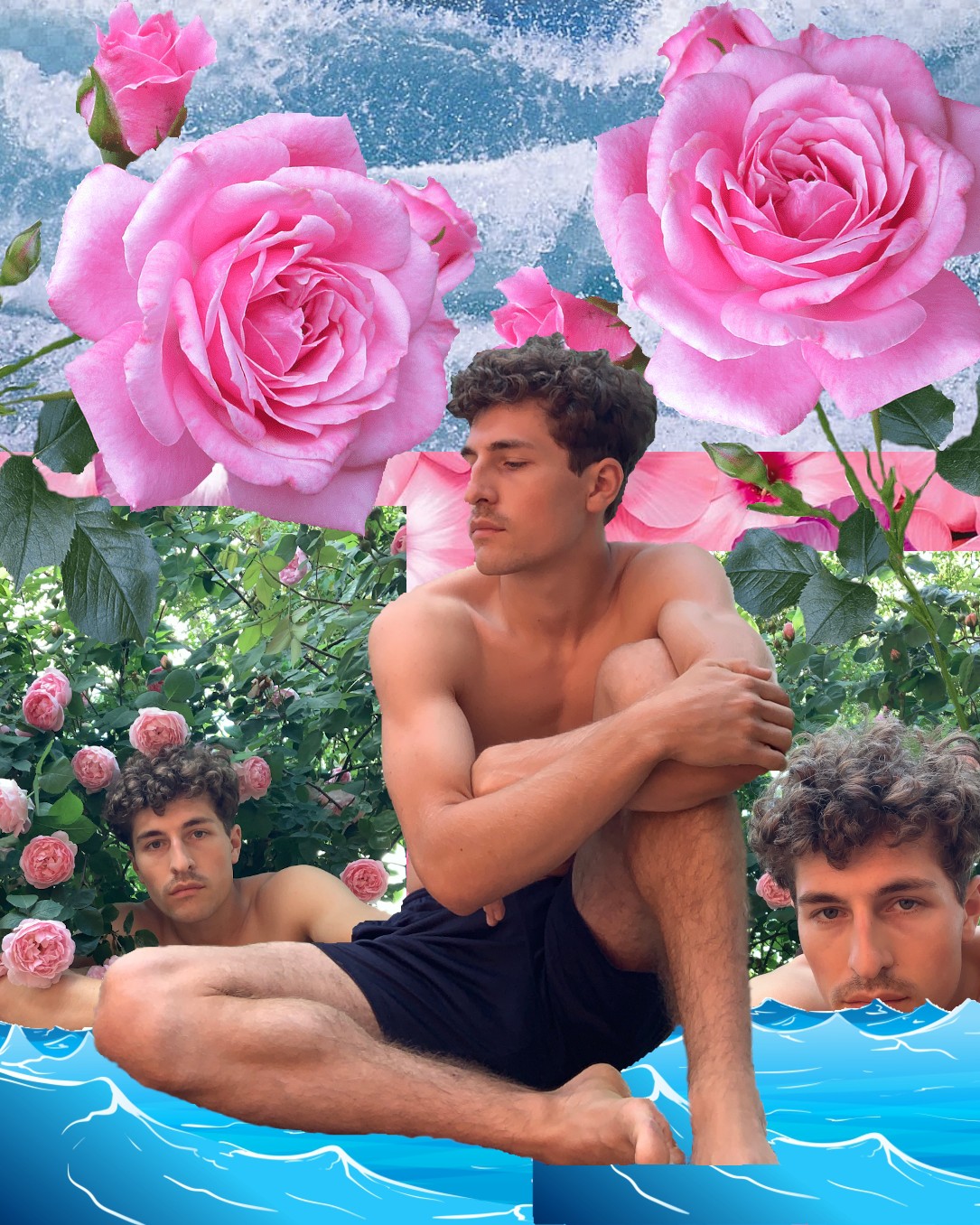 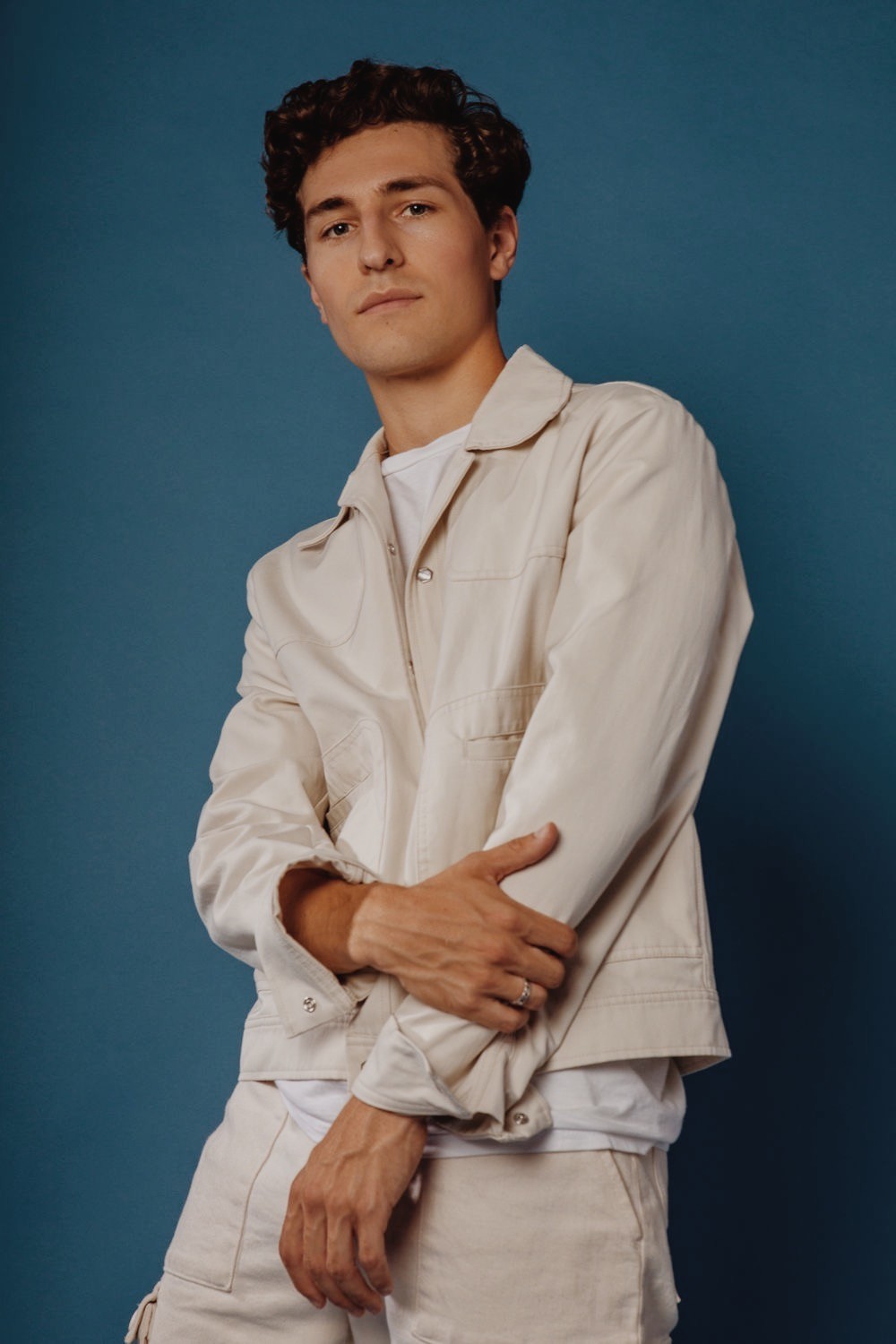 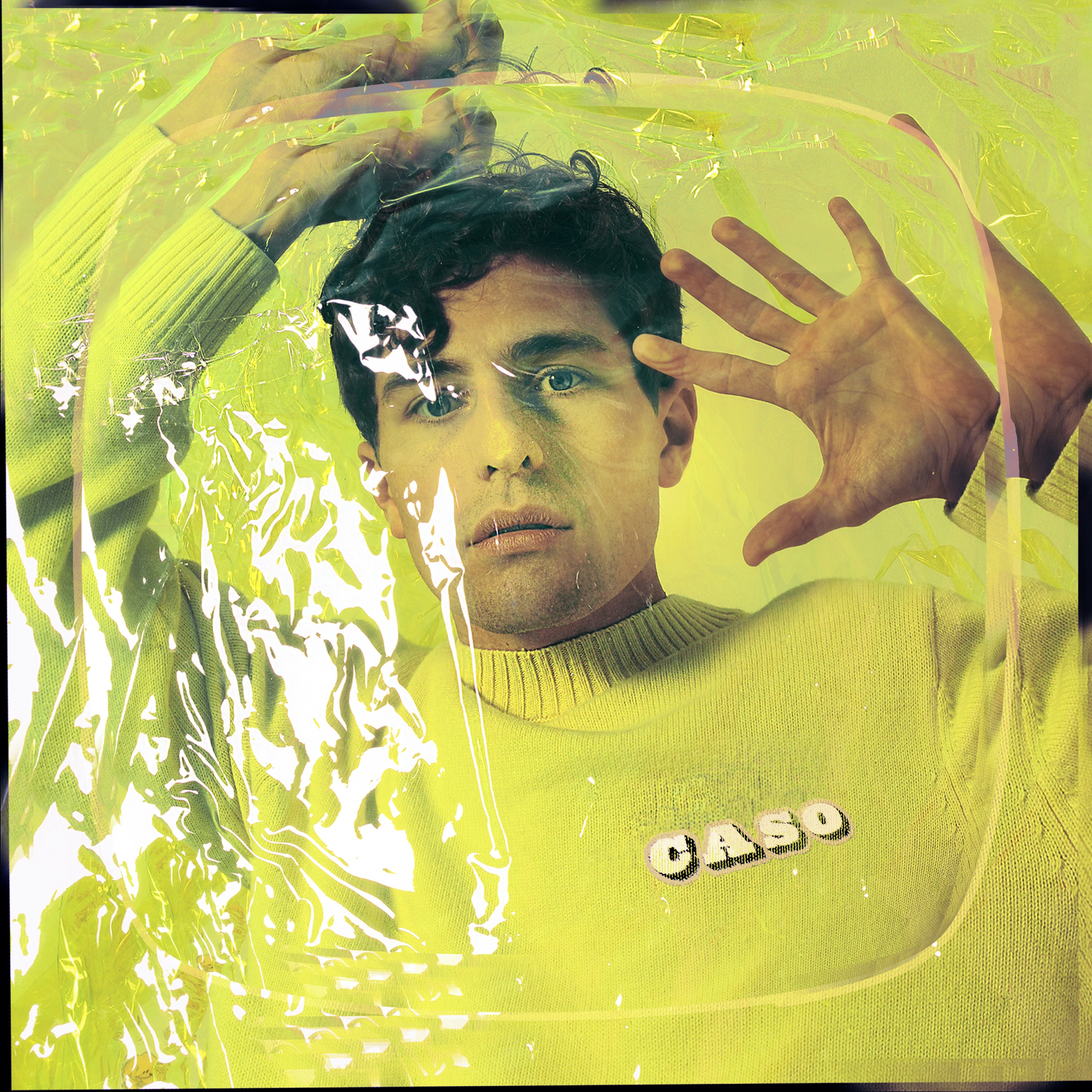 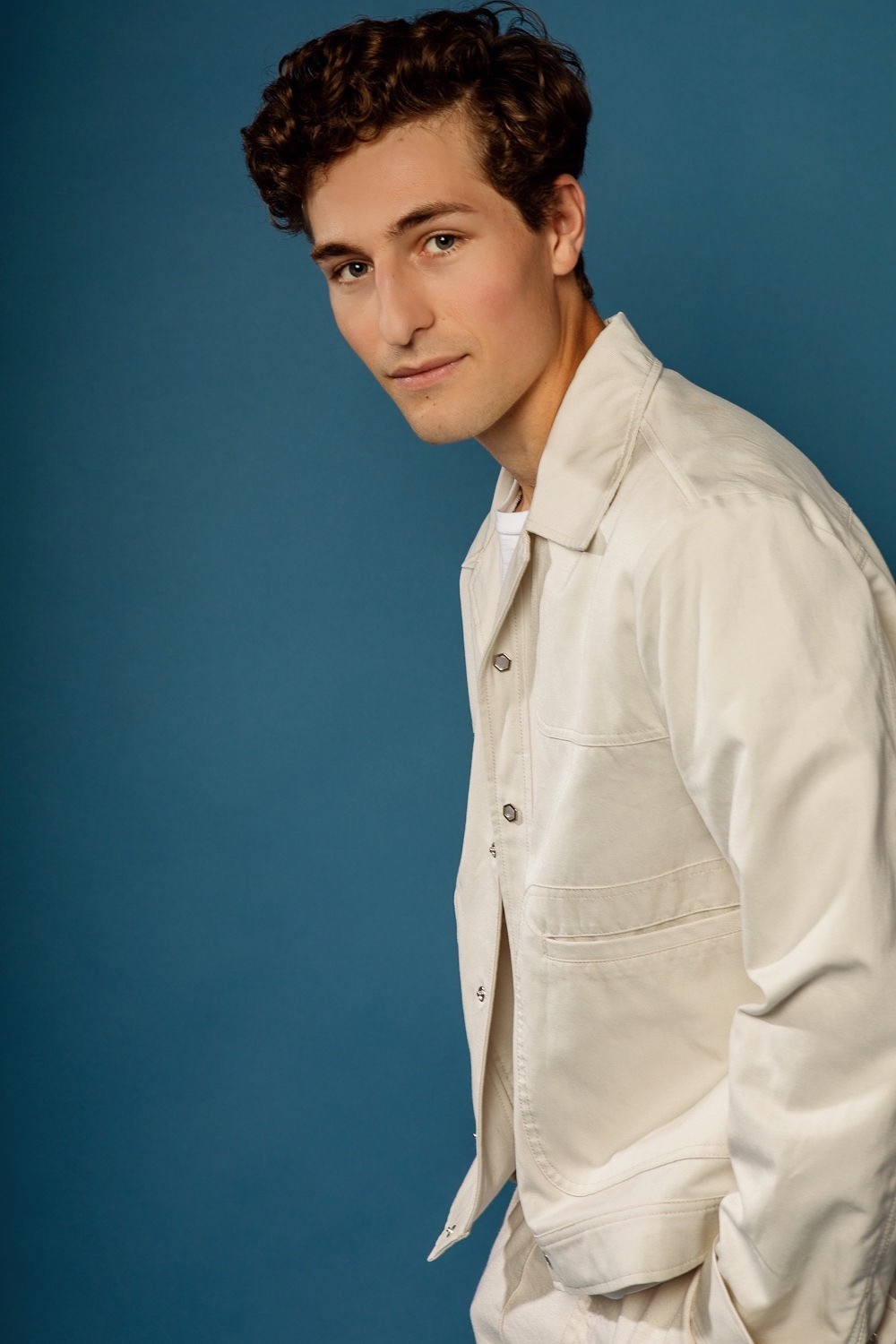