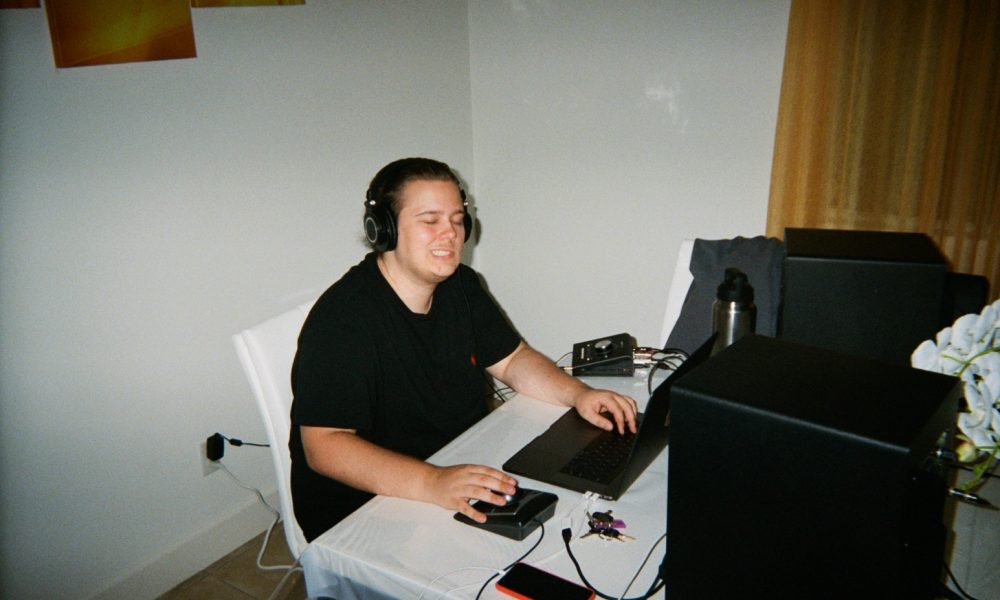 Today we’d like to introduce you to Connor Barkhouse.

Connor, before we jump into specific questions about the business, why don’t you give us some details about you and your story.
I was born in a town near Boston, MA called Framingham. I only lived there for a few months before we left. Over the next 22 years, I lived in England, Canada, and India as well as several more states. So basically I was the new kid every year until my family settled down in The Woodlands, TX, a suburb about 30 minutes north of Houston.

It wasn’t until September 2011 that I started producing songs (back then I wouldn’t have called them “songs”, I was very much a beginner). While going to school in The Woodlands I stumbled across a group of kids who were making music and shooting music videos out of their bedrooms. It struck me so much, I had never seen something like that before, but I found myself incredibly attracted to it. People now know that group of kids as the popular rap group Brockhampton.

So the beginnings of my music career started to take shape. I would record and produce with the guys pretty much every weekend. Fast forward from 2012 to 2014, I had just graduated high school and was looking ahead to college. My parents were supportive of my music career, but they wanted me to get a degree in it if I was going to do it seriously. So the Brockhampton guys all took the collective risk together and moved to San Marcos and I moved to Philadelphia to attend Drexel University for a four year Bachelor’s degree in the Music Industry Program they have. That was where we ultimately parted ways.

2014-2018 was somewhat hellish for me. I became all too familiar with having to go back to the drawing board after projects fell through or didn’t work out. Nothing was really working out and I was scrambling to figure out what the move was. I had to deal with a lot of personal issues during that time which made things extremely complicated and difficult. It wasn’t until late 2017/early 2018 that I decided to focus on myself more and really push to hone in my craft. I think the only reason I made it through school and through Philadelphia was the help of my mentor Ryan Schwabe. He taught me pretty much the entire foundation of my technical skill within music, he’s one of my favorite people on earth and I have endless admiration and respect for that man!

So Q1 2018 I started freelancing. I was advertising online that I could produce your song and mix/master it as well. I pretty much did that up until around May this year. I graduated college in June of 2018 and a few months later I packed everything I had up and moved out to LA with some homies. I’ve been out here since!

Around May this year, I got a job working as an engineer for a producer named Sidney Swift. Sidney did a lot of incredible records with a lot of incredible people. I’ve been working there since! I’m extremely thankful for all the great people I had around me throughout the last four to five years that helped me get through everything and kept me on the rails.

Has it been a smooth road?
Far from it. When I first got to college, my parents got divorced after 25 years, I was removed from Brockhampton, and to top it off my two year relationship with my girlfriend at the time hit the fan. It wasn’t easy. The three most stable things in my life at that point had all fallen through the cracks. Stuff like that turns into existential crises real quick.

I thought I was going to spend the rest of my life with my brothers in Brockhampton. For the first time in my whole music career, I was alone. I had to figure out how I was going to mold myself into something successful without the help of 16 other people. Thankfully I found a lot of incredible friends in Philadelphia. But having to restart from ground zero is without a doubt the scariest thing I’ve ever faced in my life. The uncertainty of knowing if I was making any of the right decisions kept me up at night more often than not.

The other thing that made it tough was just the location. Philadelphia isn’t the most forgiving city and certainly not the most creatively accepting city either. Pretty much the majority of my time there I had absolutely no inclination that music was going to work. There were no looks from blogs or A&Rs or anybody in the picture excited about my music other than me and like two friends. As much as people tell you a degree matters, in the music industry, it doesn’t hold weight nearly as much as it would in a more traditional field like finance or engineering. So really for the whole four years, it seemed like everything was dead. It wasn’t until I moved to LA that things started moving and looking up way quicker than I ever would have imagined!

Tell us more about the business.
Right now my “business” is just me. I’m a freelance music producer and audio engineer. I work primarily in hip hop and pop music. I’d say my most popular work right now is the stuff I’ve produced and mixed for an artist named Isaac Lewis from Pittsburgh, he’s incredible. People may have heard my work on Sabrina Carpenter’s last album, I engineered on her song “Tell Em”. Or people may know me from more of my rap/R&B work with Brockhampton, Santino le Saint or UglyChulo.

I’m most proud of my reputation amongst the people I’ve worked with. I’m quite confident that you could ask anybody I’ve worked with musically about their experiences with me and they’d come back quite positive. I pride myself on catering to artists. Ultimately my goal is to serve and help them. I think the thing that sets me apart from others is my desire for experimentation. People don’t come to me to make the clear-cut, easy records. I generally tend to work on the tougher, more experimental records, which I love doing. For me, music has always been about other people and not myself, which is why my solo-producer/instrumental artist stint was a short one.

How do you think the industry will change over the next decade?
I think the music industry is going to greatly shift. We’re already seeing it happen with TikTok and we saw it happen with Vine. Even on a mixing front, music is changing for TikTok. If you listen to a lot of the records that are popping on TikTok, pretty much everything but the 808 is turned down. They’re out here making that bass loud as hell! Mainly so that when they edit and film to it in TikTok, the bass slaps on an ungodly level when they hit those dance moves. I think music trends have always fallen in line with dances, and as dance modernizes so will music.

I think social media is probably going to be the biggest impact on the music industry as it always has been. I don’t think streaming is going anywhere for a while yet. I would love to see streaming move in a more fair direction towards the artists, but I also understand its tough when its 10 dollars a month for ALL the records as opposed to just one. 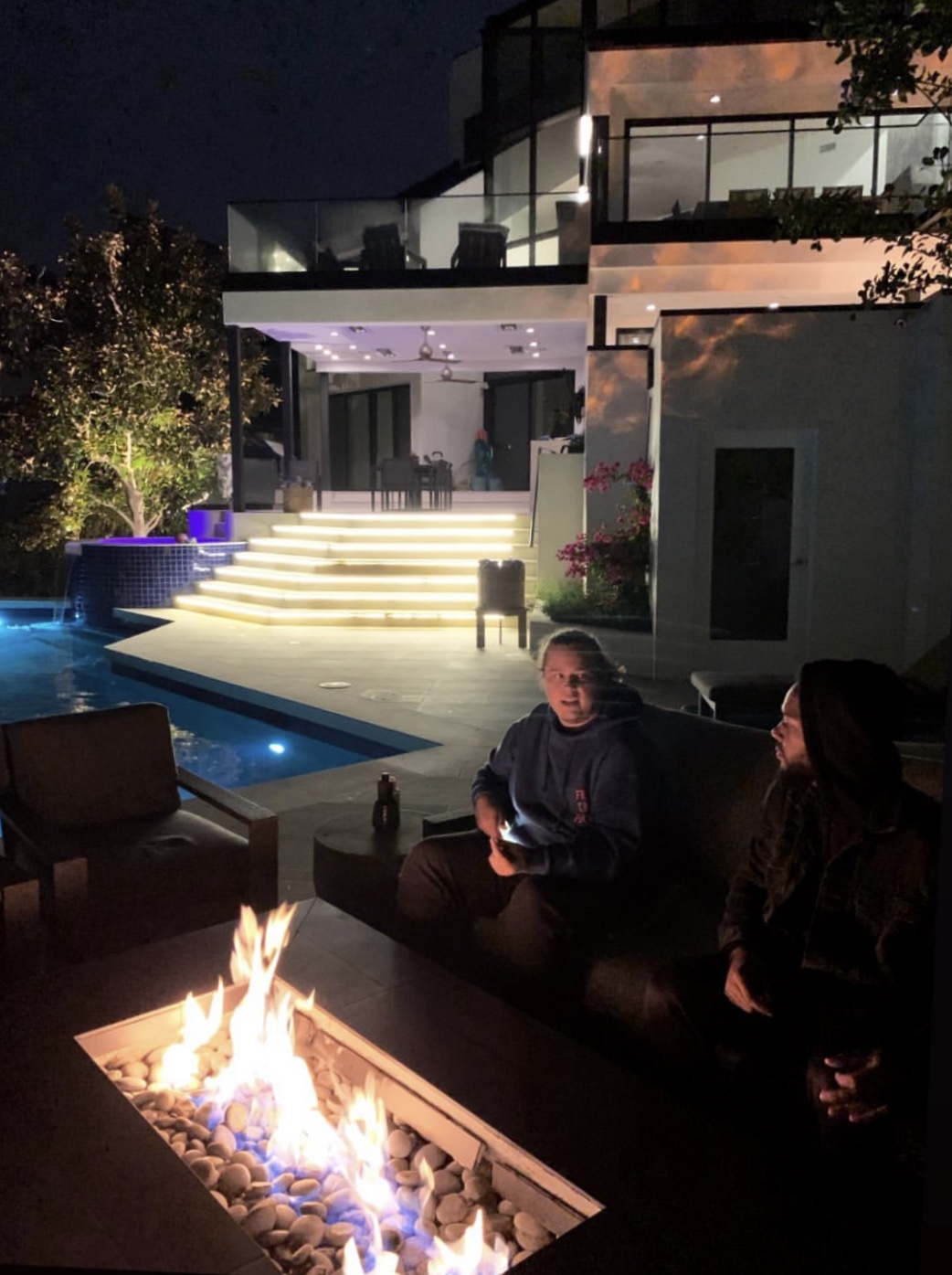 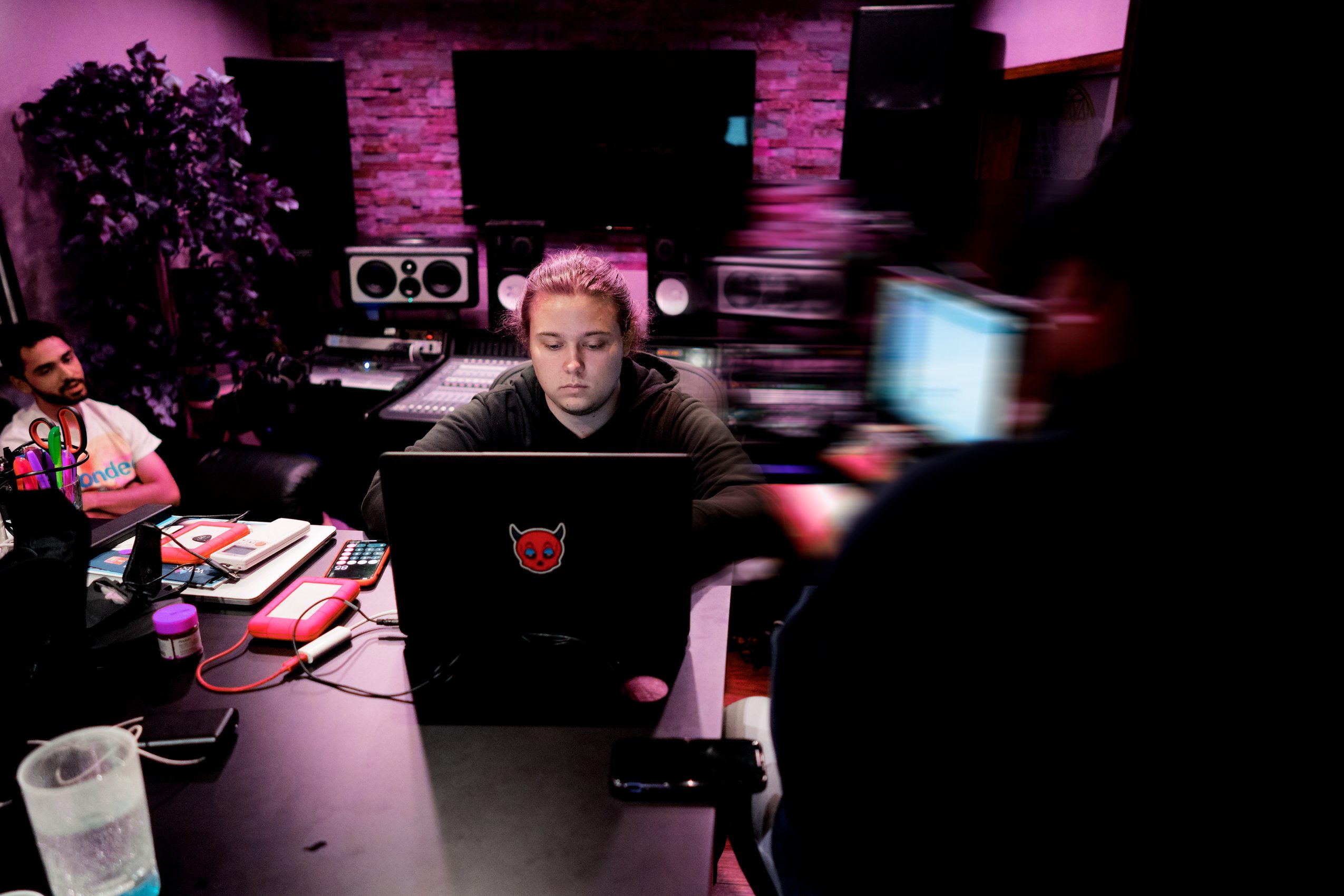 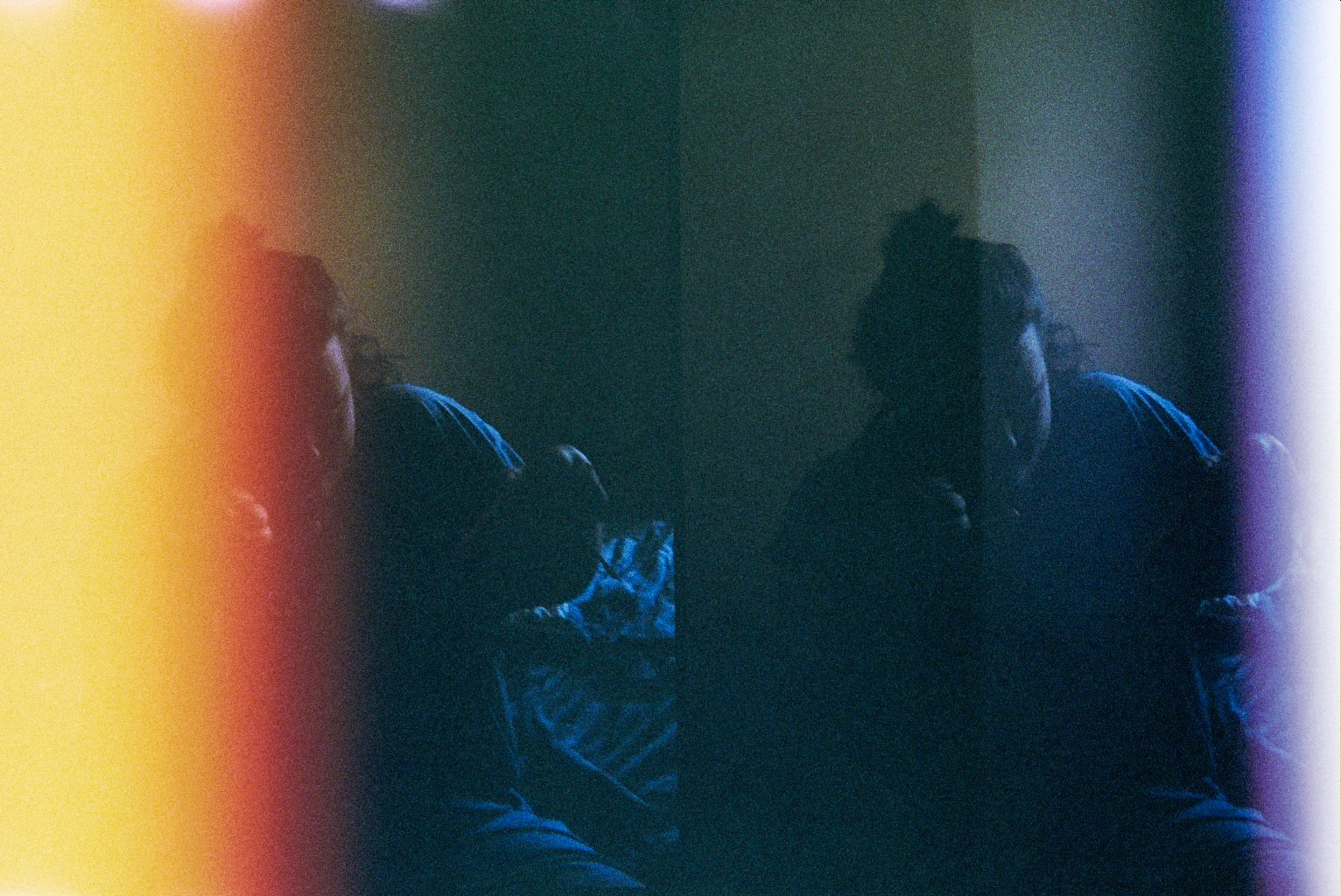 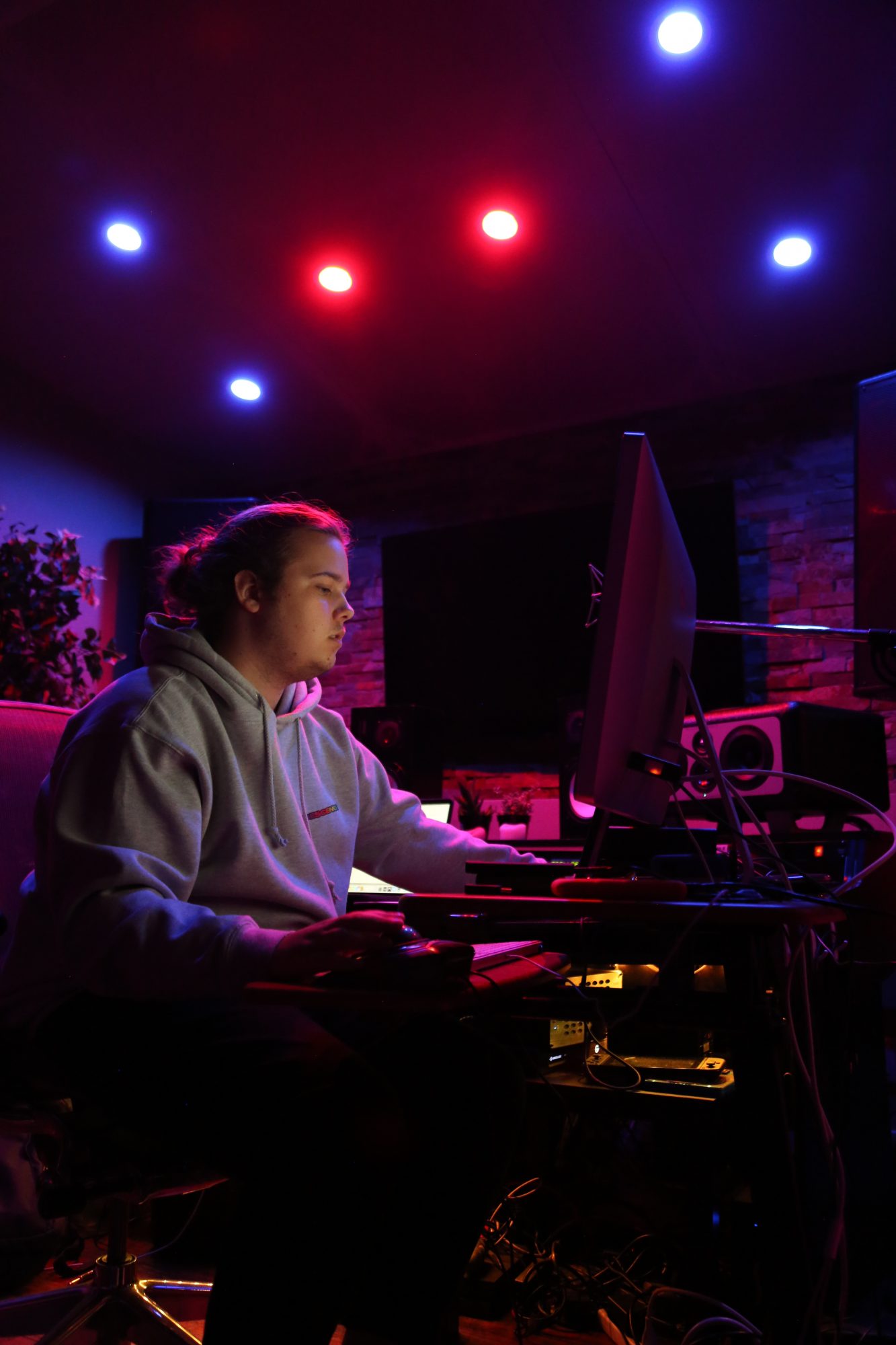