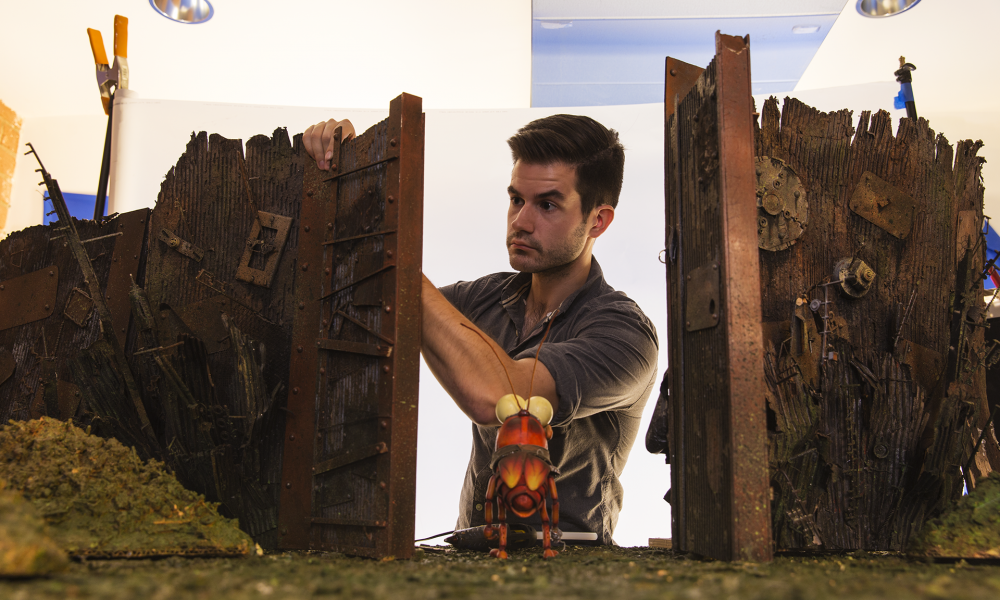 Today we’d like to introduce you to Colin Lepper.

Every artist has a unique story. Can you briefly walk us through yours?
Sure, I was born and raised just outside of Toronto, Ontario in a suburb called Thornhill. I was thought of as the “art kid” through elementary and high school, back when I was convinced I would be an NHL goalie. However, as it dawned on me that being a professional hockey player would be difficult when I could barely skate, pursuing a career in visual arts seemed like a solid backup plan. I was fortunate enough to have amazing teachers in high school who exposed me to a broad range of mediums, and that was when I first learned about stop motion animation. It was this fun, magical way to tell a story by bringing the sculpture to life, and it immediately became something I wanted to learn more about.

I went to Sheridan college after high school because I was still interested in stop motion and animation in general, and they were known as the place to go for animation. While I wasn’t sold on animation as a career, it seemed like the best chance I had to make a living off of creating art, and that sounded pretty great. I met incredible people during my four years there and in my last year I had the opportunity to make a full stop motion short film as my thesis project, which is ultimately what led me out to LA.

A studio called JibJab saw my work and was coincidently looking for interns to create a stop motion ecard for The Addams Family’s 50th anniversary, which a classmate and I were fortunate enough to land internships doing! I moved out to LA for what was going to be a 4-month contract, but evolved into a 5-year position that grew into a director role on their pre-school animated series, Ask the Storybots.

My time on the show finally wrapped up in May 2019, and now, I am finally pursuing a personal project that has been in my head for years! It’s the first time in five years, I’ve gotten to fully commit to an idea from my own head, and it is a stressful, wonderful feeling.

My time with JibJab/Storybots finally ended this past May,

Please tell us about your art.
I mostly am a stop motion artist, which involves a huge range of mediums coming together to create an animated film/video. So, I do everything from drawing, sculpting and painting, through the production process into animating and compositing. Essentially I take an idea for a story and figure out what is the best way, visually, to bring it to life. I love to stop motion as a medium because it really is limitless, it is entirely unrealistic so you really aren’t tethered to any real-world limitations that live-action creates, but since everything is so carefully crafted by hand, it all still feels real in such a unique way that no other medium is quite like.

When I first started exploring stop motion, I wholly embraced the dark and eerie side that it inherently has by nature of bringing inanimate objects to life. I’ve always had an interest in telling sympathetic stories about characters that could easily be painted as evil or grotesque but instead using them to explore darker sides of ourselves, either as cautionary tales, or acknowledgments of parts of us that we aren’t necessarily most proud of. It was all very college-kiddy ideas of expressing serious emotions very seriously because that’s what the world needs, man!

Creating art is such a journey because it only ever gets more complex and your old messages only age and feel more simplistic, so telling dark serious stories isn’t as appealing to me today. I find incredible inspiration in the natural world and am currently exploring ways to directly incorporate that into my work. Billions of years of evolution have gotten beauty down to a tee, who am I to think I can top it? As for a message, lately, all I want my work to say is “You’re fine, you’re not alone, here look at this silly thing I made.”

Given everything that is going on in the world today, do you think the role of artists has changed? How do local, national or international events and issues affect your art?
I ask myself this all the time. When I was younger and living a pretty sheltered life, (as opposed to my older, pretty sheltered life) the idea of darkness was so enticing because it was something (I felt) generally people shied away from. Now, we see darkness on a daily bases, and it’s exhausting. I think because of this my personal goal has shifted slightly. I still love the same concepts I have always been exploring, and I do notice them coming through even in my latest work, but my priority, at least with my current work, is to give the viewer some happiness. Give people a break from the constant stresses and fears and hopes, provide them with something fun and silly to take the edge off their day. Something that doesn’t hide from all the depressing realities, because I find when you act like they don’t exist, it only serves to isolate and depress the people who are thinking about them every day. But I do think there is value in embracing the sad realities equally alongside a lot of wonderful realities as well.

While my goal as an artist is always changing, I would say that if I make someone, even for a few minutes, feel okay, then that’s a win. The world is dark enough already, and there are many amazing artists who put this on display is far more effective ways than I as an animator ever could. I don’t think it’s worthwhile for me to tell people for the millionth time that the world is in rough shape through cartoons of all things. But if I can bring back a bit of that happiness that waking up on a Saturday with a bowl of cereal brings, then heck ya, I’m going to do that.

How or where can people see your work? How can people support your work?
For my animation work, you can check out vimeo.com/colinlepper. I am also in an on-again-off-again relationship with Instagram (currently on again) @colinlepper.

My new project, Dreamt Of, which will be a series of stop motion shorts exploring dream worlds hopefully coming out next year, has a new Instagram page as well @dreamt_of_dreams. I will be posting clips and trailers there, as well as any future ways to support the project, so anyone interested in it should head over there. I’m excited to see what it evolves in to!

As I mentioned, a lot of the last five years of my life has been working on Ask the Storybots, which is on Netflix, so anytime you see any stop motion in there, I probably had a hand in it. I’m so excited to finally be creating for myself again though, it is just all in its early stages as of now. 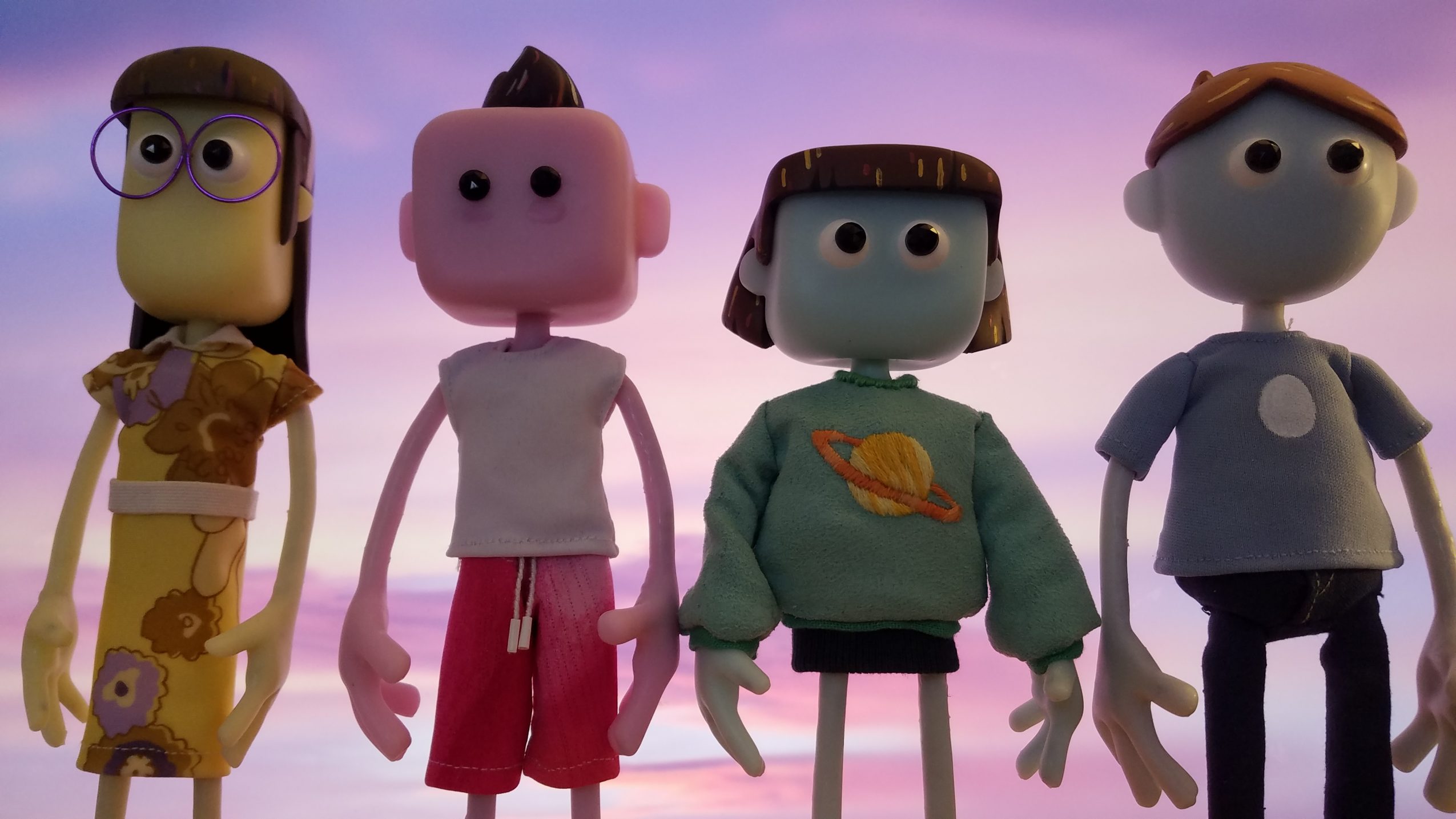 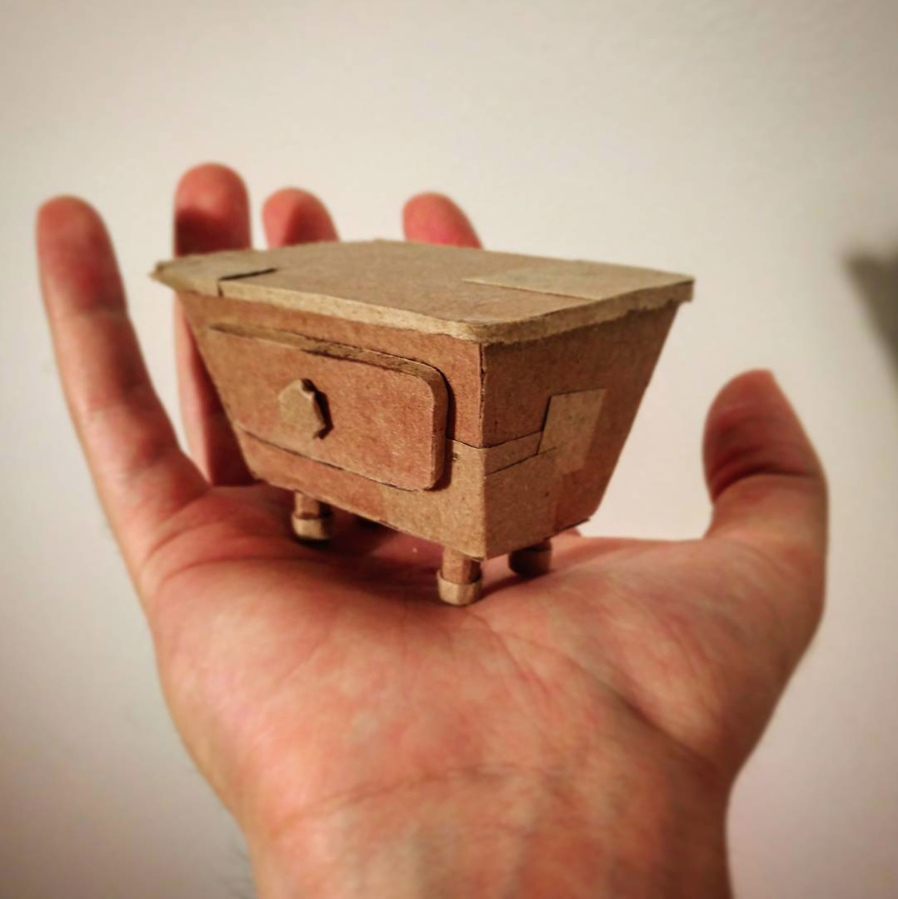 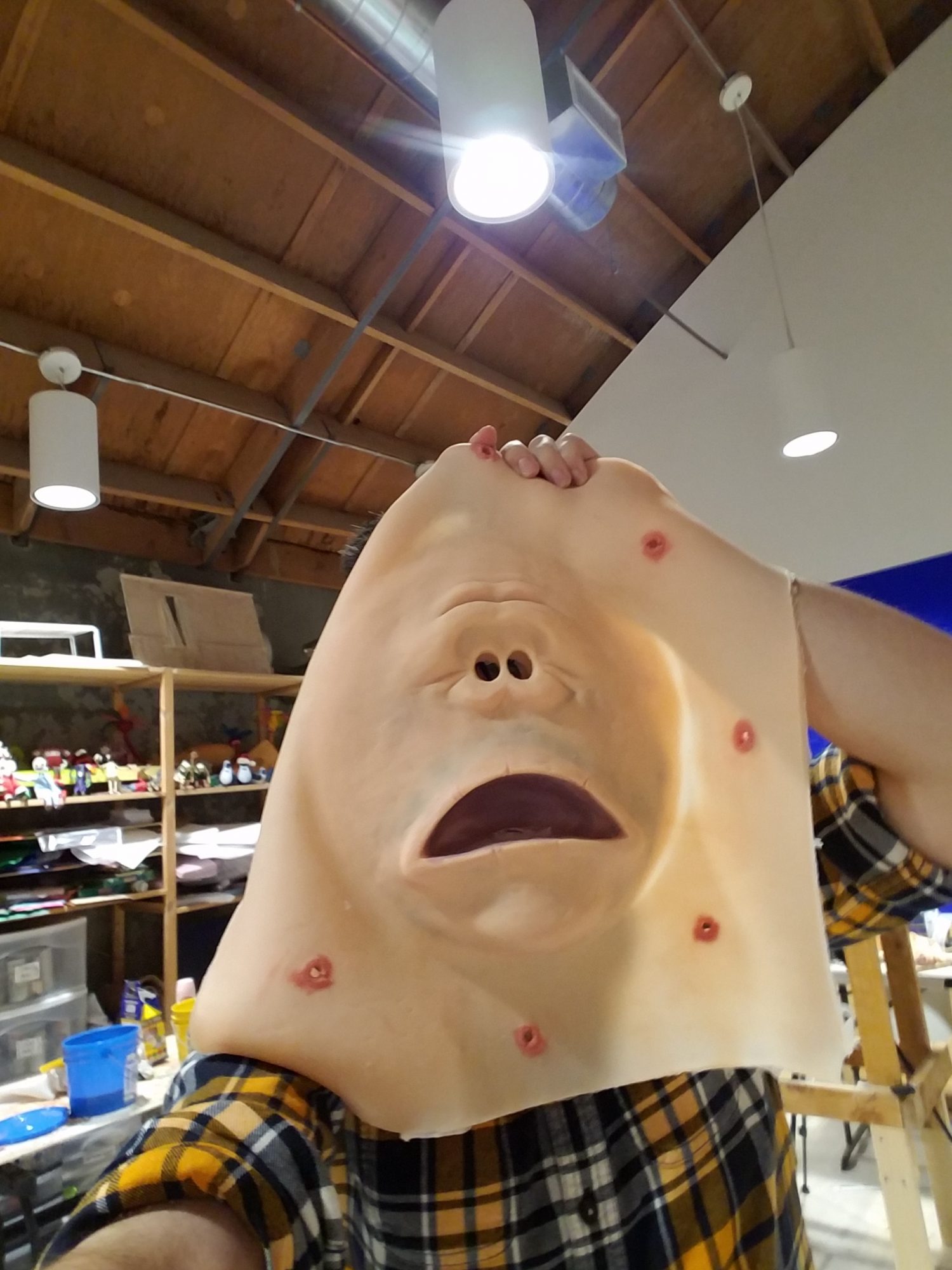 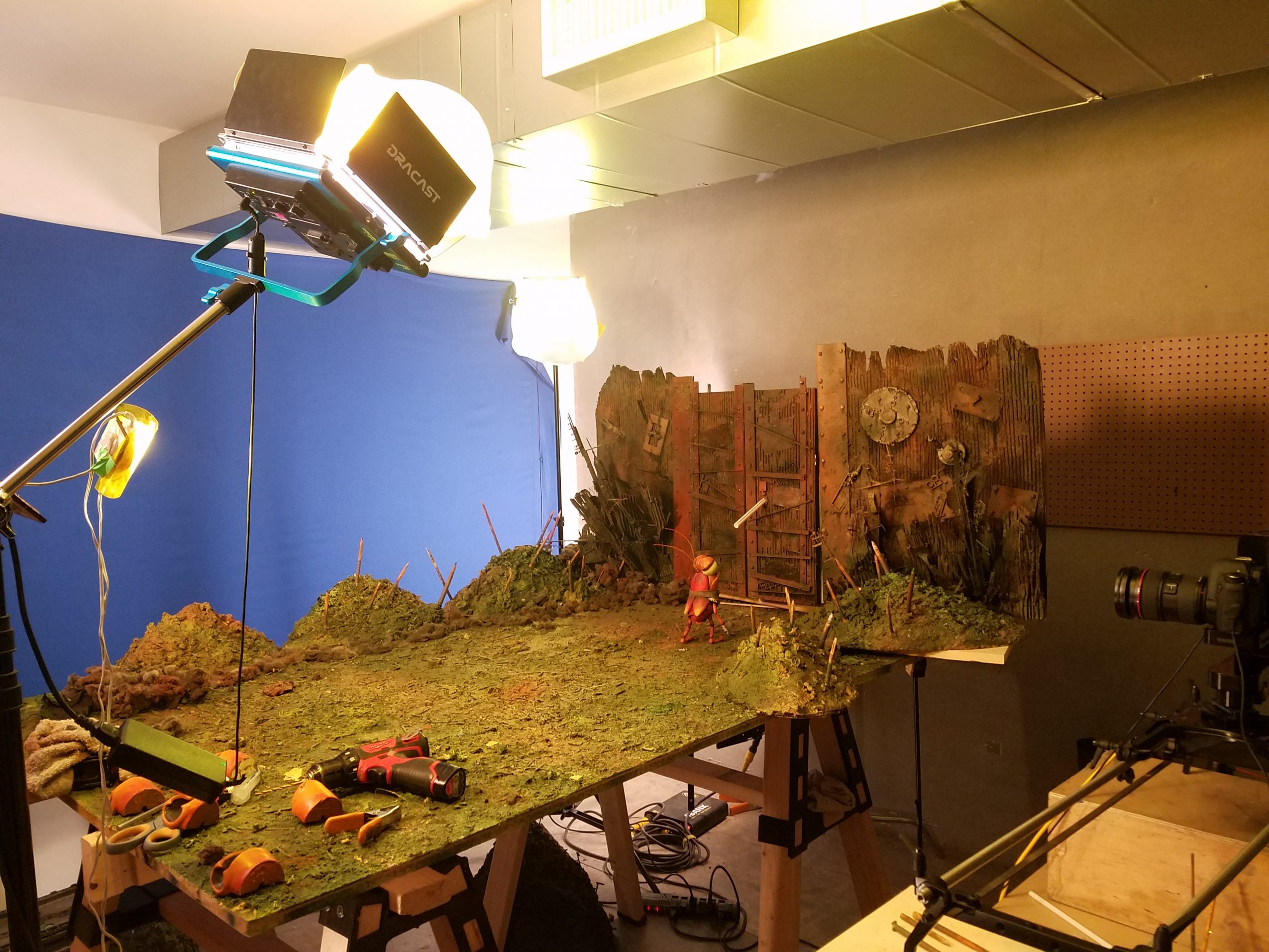 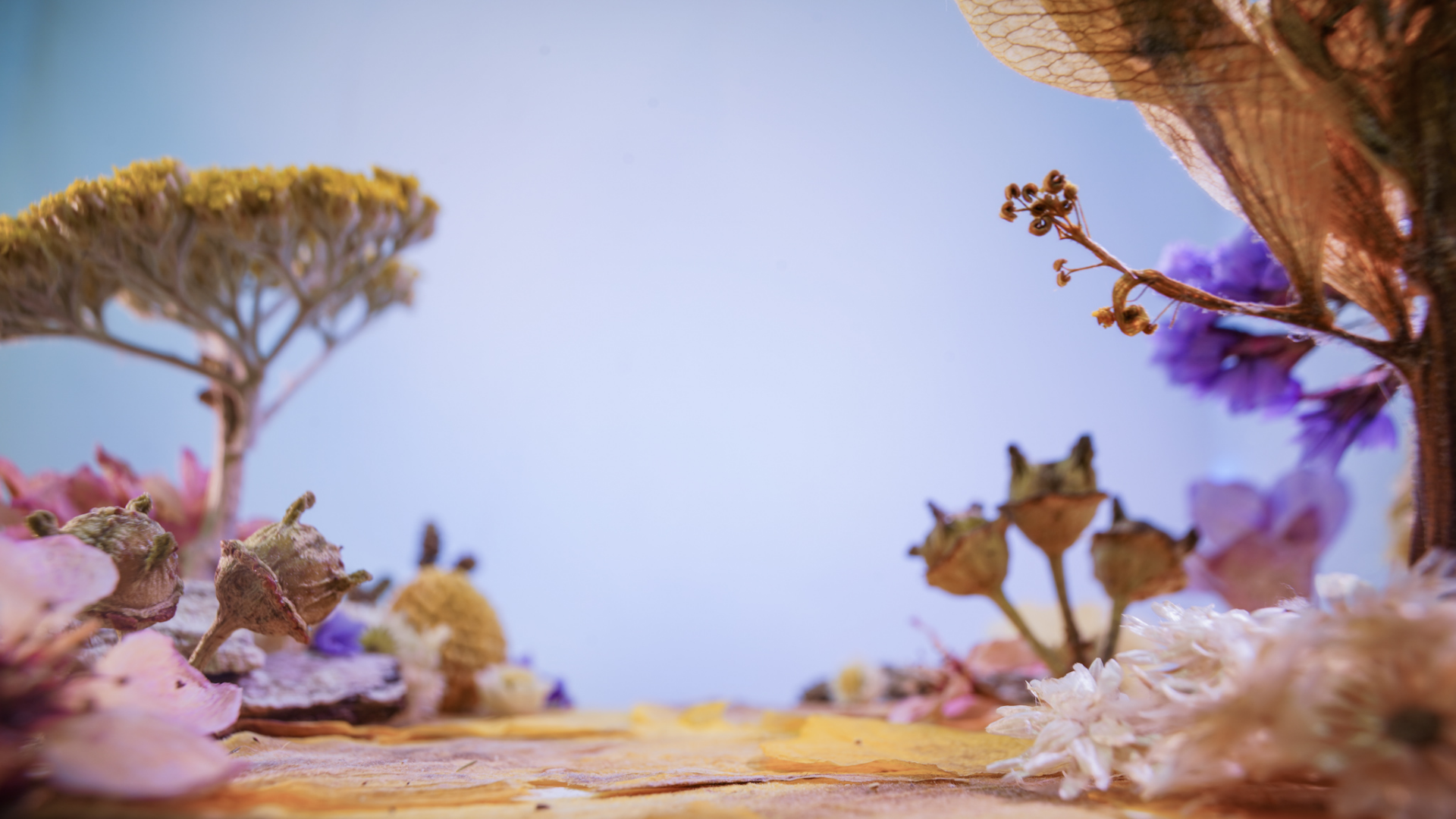 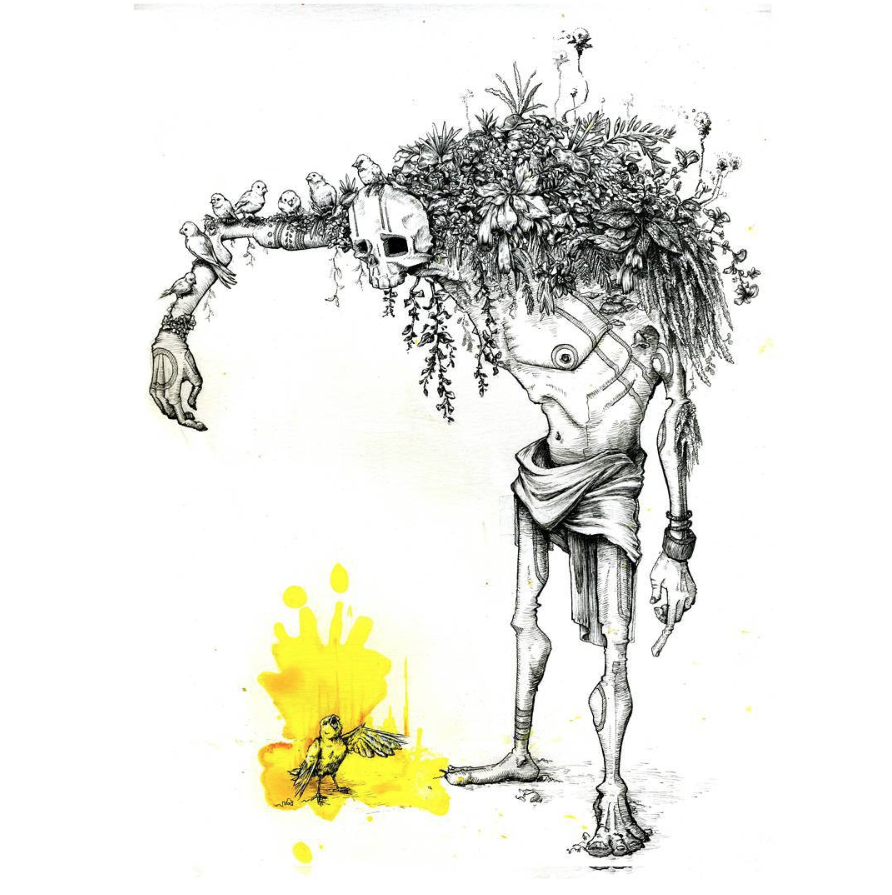 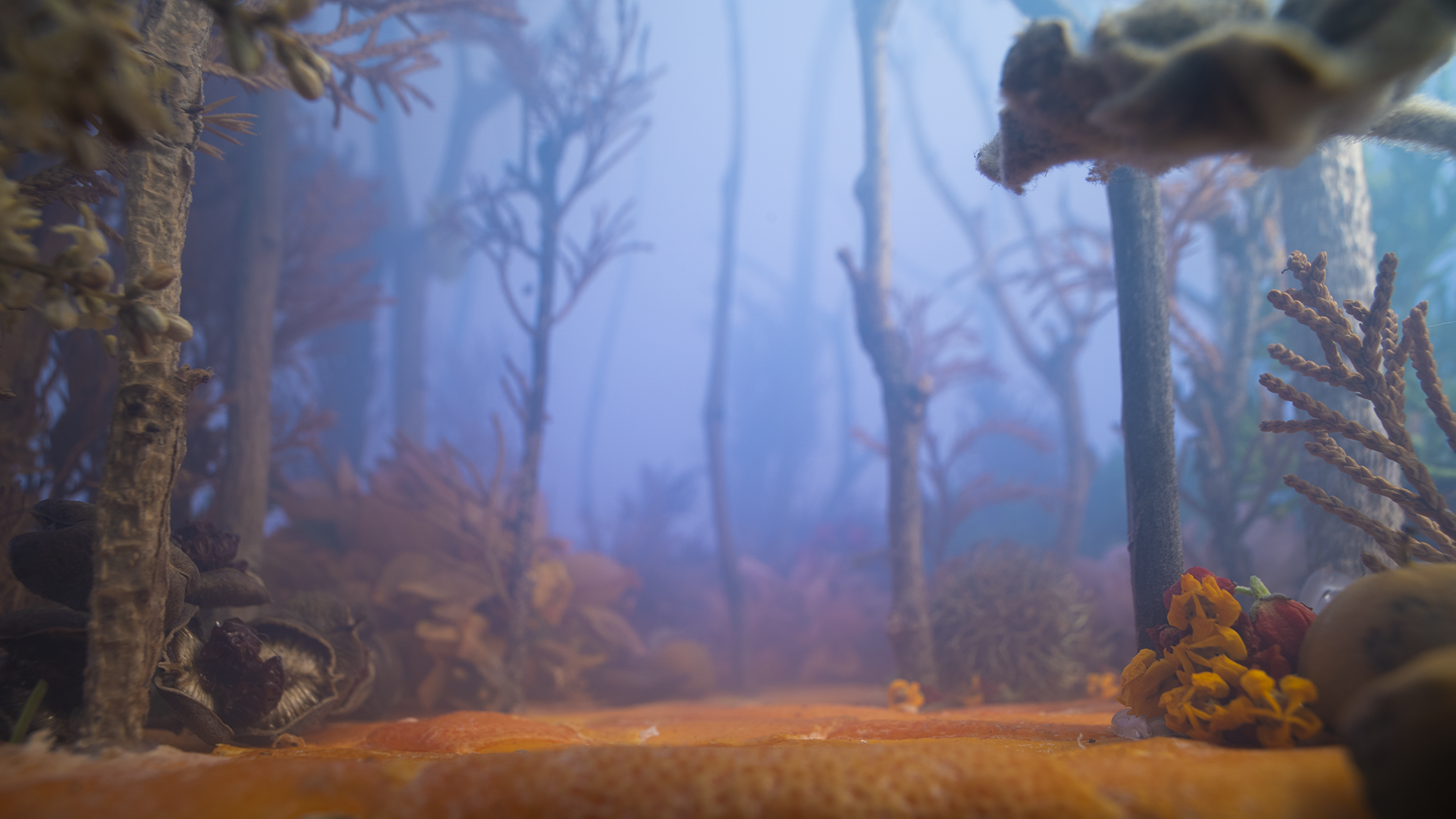