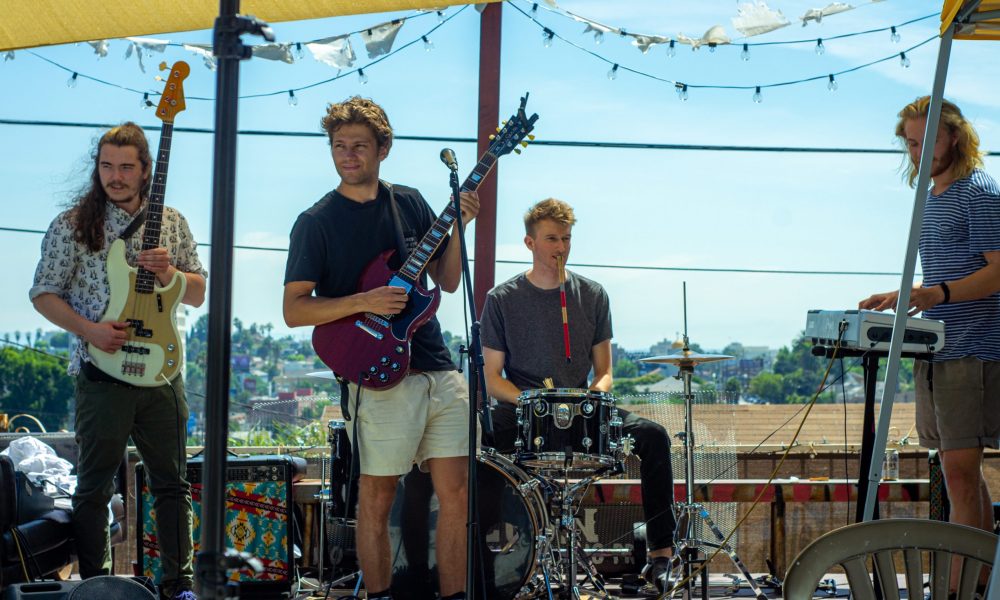 Today we’d like to introduce you to Analogue Spirit.

Analogue Spirit was formed in the tides of Santa Cruz California in the Spring of 2015. It was the brainchild of Colby Davidson, Tom Delacruz and Nathaniel Kingsley. The trio met by chance in a music class at a different highschool than they were attending.

“We were strangers at first, giving passing glances and intrigue. I remember hearing Tom and Nathan talk about their favorite bands and I started to realize we had a lot in common. I had a progrock group at the time called People of The Sun that I fronted but I wanted to head in a new direction, but my bandmates in that group weren’t having it. But I was lucky in having met Tom and Nathan at that point in my life.”

The band would split ways for a time after highschool with Davidson and Kingsley moving down to Hollywood and Delacruz staying in Norcal. Davidson ended up hating the music school he attended, dropped out in week two and moved home. “I didnt see the point in paying $50,000 for a certificate that says I can play guitar.”

Upon moving home, Davidson moved back in with his parents and started to focus on writing new material in his bedroom. “I was honestly feeling pretty alone at that time in my life. The majority of my friends had moved away and I had no one to play music with. I just kinda hunkered down in my back studio and wrote for Analogue Spirit and what would become my solo act, Colby Davidson. It was very loose at first and psychedelic.”

Delacruz finished the fall semester at CSU Monterey and moved home where he got in contact with Davidson again. “We tried forming a band with some guys we found online and mutual friends but it just wasnt clicking” Davidson says. “Tom and I kept searching and waiting for the right person. We really needed a drummer again”.

As luck or patience would have it, Kinglsey came home in the spring of 2017 and the band was back together. They played around their home town to small but enthusiastic crowds and in the fall of 2017 recorded at the famous Tiny Telephone in San Francisco, the same studio Death Cab for Cutie Recorded at.

Their first single, a garage-rock jam reminiscent of The Strokes called, “Breeze” saw the light of day on March 31st, 2018. It was followed up by a music video shot in a local roller rink in July. “If you watch the video you can see me, Nate, Tom and our former bandmate Fox in weird outfits. I was rocking short-shorts skating with a guitar hero controller.” Davidson says

The band always had plans to leave the Redwoods and beaches of Santa Cruz for the great desert of the south. In the Fall of 2018, Davidson moved down to Orange County to attend Chapman University and was shortly followed by Kingsley. Davidson’s reasoning is as followed: “As much as I love the Mexican food and beaches of my hometown, the cost of living has become so high because of Silicon Valley and the music scene just didnt seem supportive. I wanted a place where I knew people were serious and came out to shows.” Delacruz is planning on moving down soon but does come down for the occasional show. At Chapman, Davidson met Elliott O’Brien, who would later join his solo act as well as Analogue Spirit. O’Brien is from Seattle and plays keyboards and guitar in the group.

The band put out their second single “I Am Free” a psychedelic hard-rock piece in September. This was followed up by their latest release, “Rabbit Hole” in May of 2019 and a music video accompanying it. “Rabbit Hole” was created one late night by Davidson in his house in Santa Cruz by messing around with feeding a guitar into his recording program and adding harmonies on top of the signal.

Right now the band is getting its kicks and tightening up their sound by emerging in the SoCal scene. They are releasing a new single in October called “Sunday Paper” and plan on making the rounds in San Diego, Orange County, Los Angeles, and Santa Barbara. They want to play SXSW in the Spring and do a West Coast tour in the Summer.

They are in talks with working with major producer Alan Parsons.

The band’s influences are The Black Keys, Tame Impala, The Rolling Stones, Cage The Elephant, King Gizzard & The Lizard Wizard, Catfish and the Bottlemen.

Davidson says on the future: “We have so much material written that were ready to share with everyone that I think is really tight and new. We just need to find our audience but we are stoked to be down here and we have already felt the love in Orange County. We plan on going in a tight rock direction a la Rolling Stones “Sticky Fingers” but we also dont want to be pigeonholed as a band.”

Has it been a smooth road?
Not at all. We initially had to part ways after high school and we did not know what the future held for our act. Delacruz and Davidson struggled to find a drummer that could replace Kinglsey so that was a major issue until he moved home. We struggled to nail down our sound and only recently have we found it; Davidson writes in many styles and since he created his solo act he can now separate the harder stuff from the more pop-oriented stuff in his folk act. We had problematic band members and went through 3 bassist until Delacruz moved over to bass and O’Brien picked up the keys and guitar. Moving down to LA was another issue having to find new bandmates at the time and fill in when Delacruz couldnt make it down to LA.

We’ve fought very hard to be where we are and we’re grateful our work is starting to pay off.

So, as you know, we’re impressed with Analogue Spirit – tell our readers more, for example what you’re most proud of and what sets you apart from others.
Our band is a four piece rock band focused on creating songs that make you want to rock out or think. We specialize in fusing classic rock and modern indie rock melodies to make a sound both familiar and new.

We are known for playing catchy rock riffs, tight in your face songs and songs that had quality lyrics.

As a band were most proud of being better than we were yesterday. In the face of long indifference, we kept doing what we loved and kept trying. Santa Cruz hurt. It hurt to see only three people come to your show. It hurt to only have a few listeners. But now we are getting recognition in our scene and that feels wonderful.

Delacruz remarked after our last show “Its always been a dream of mine to see someone smile and put their hands in the air for the intro of one of our songs.”

What sets us apart is that we work very hard and have a serious mindset in our approach to art. Davidson studies business and applies everything he learns from class to this band to create content whilst also reading heavily to offer lyrics that are interesting and not rehashed. Kingsley applies what he learned in recording school to our live sound to make sure our fans are going to get the best experience coming to our shows. We dont want to work in an office. We want to be the best we can and make a living doing this.

Let’s touch on your thoughts about our city – what do you like the most and least?
We love the nightlife and vibrancy of OC and LA; everything in Santa Cruz closes around 9PM and every is too relaxed and unfocused. In LA its always like “What’s the next big thing. What are you working on?” And theres so many venues to play! Tons! Where we’re from there’s like 3.

We do not like how far away from the beach we are and we are not in love with the Mexican food. While it can be great and it’s more authentic, there’s nothing like a super burrito in Santa Cruz. 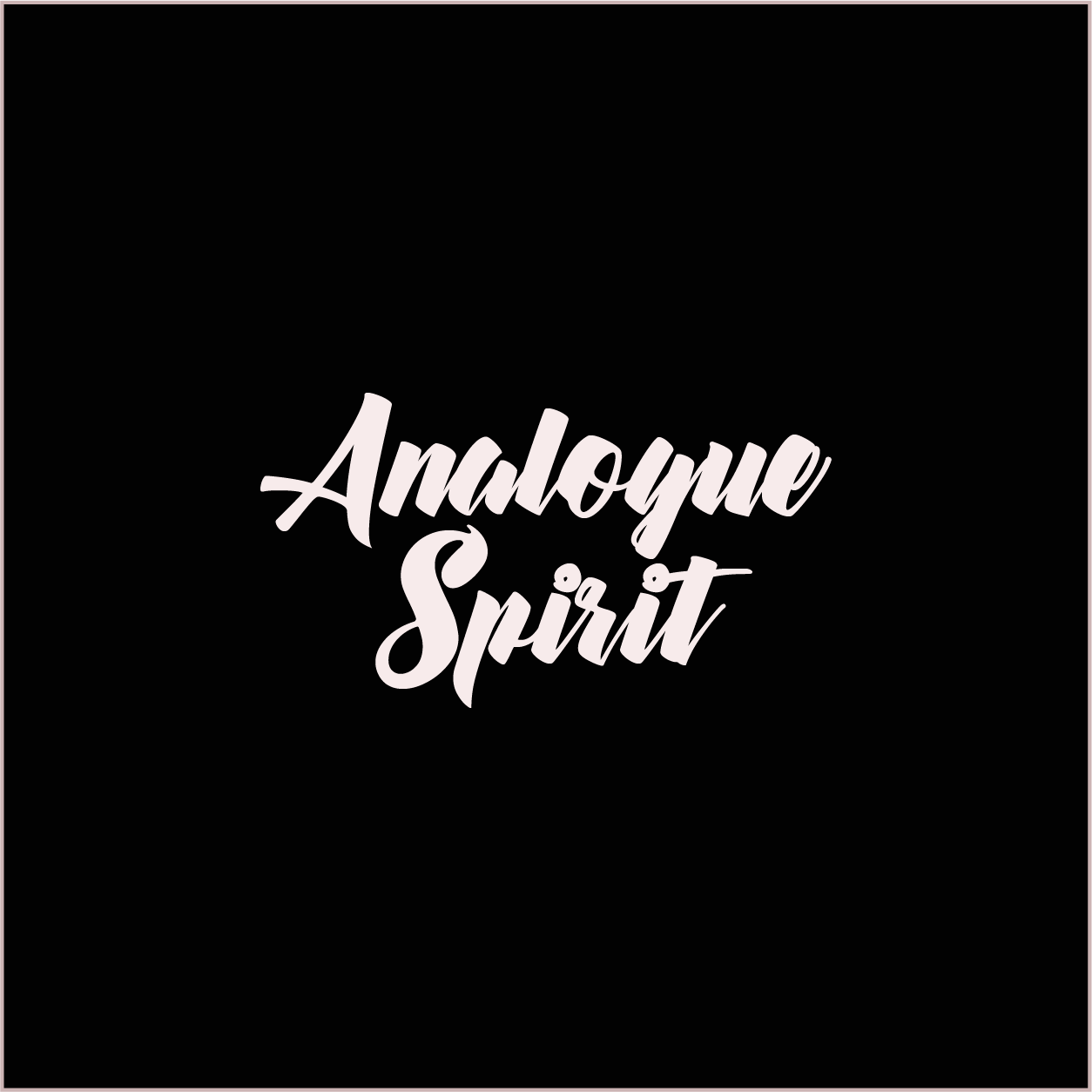 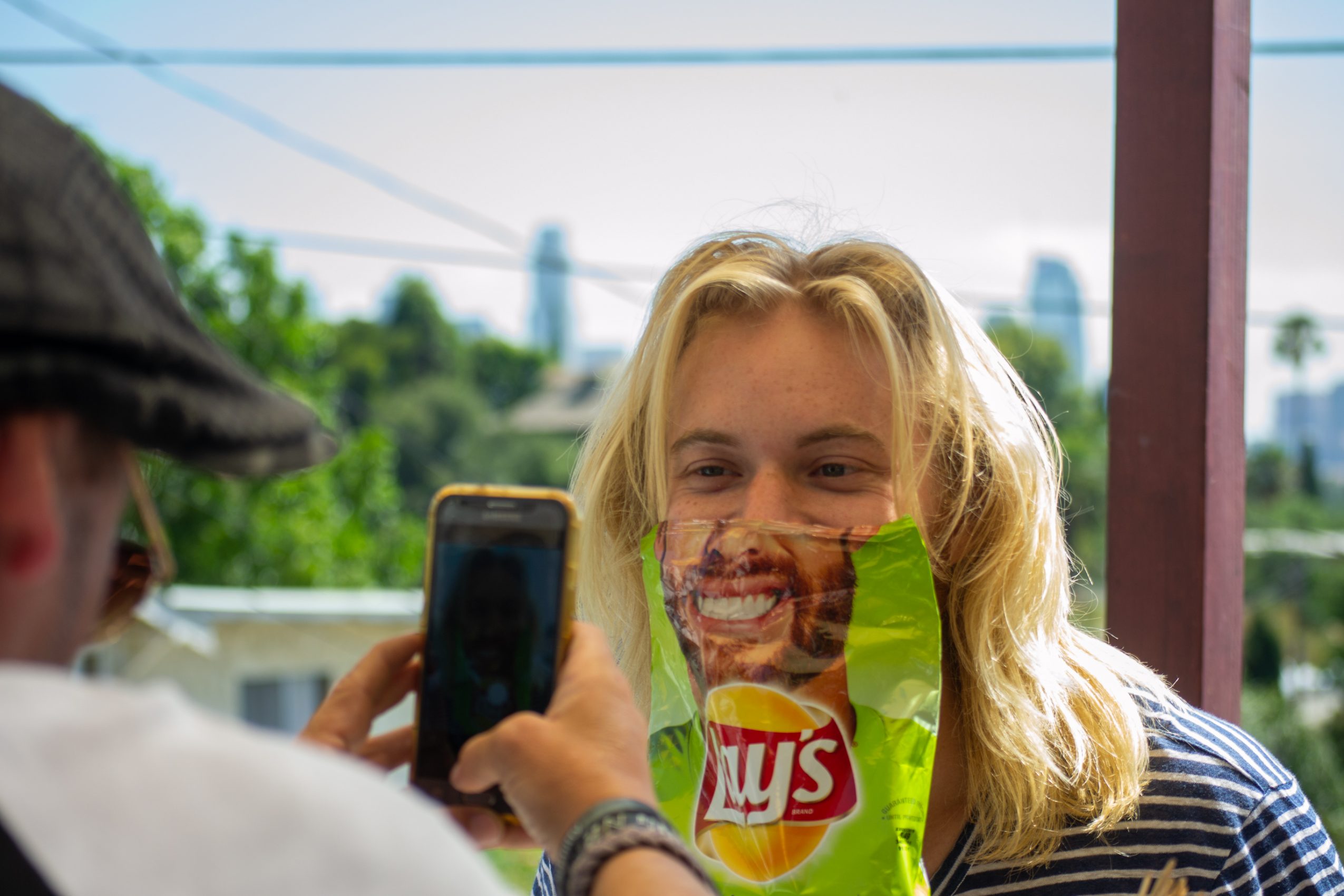 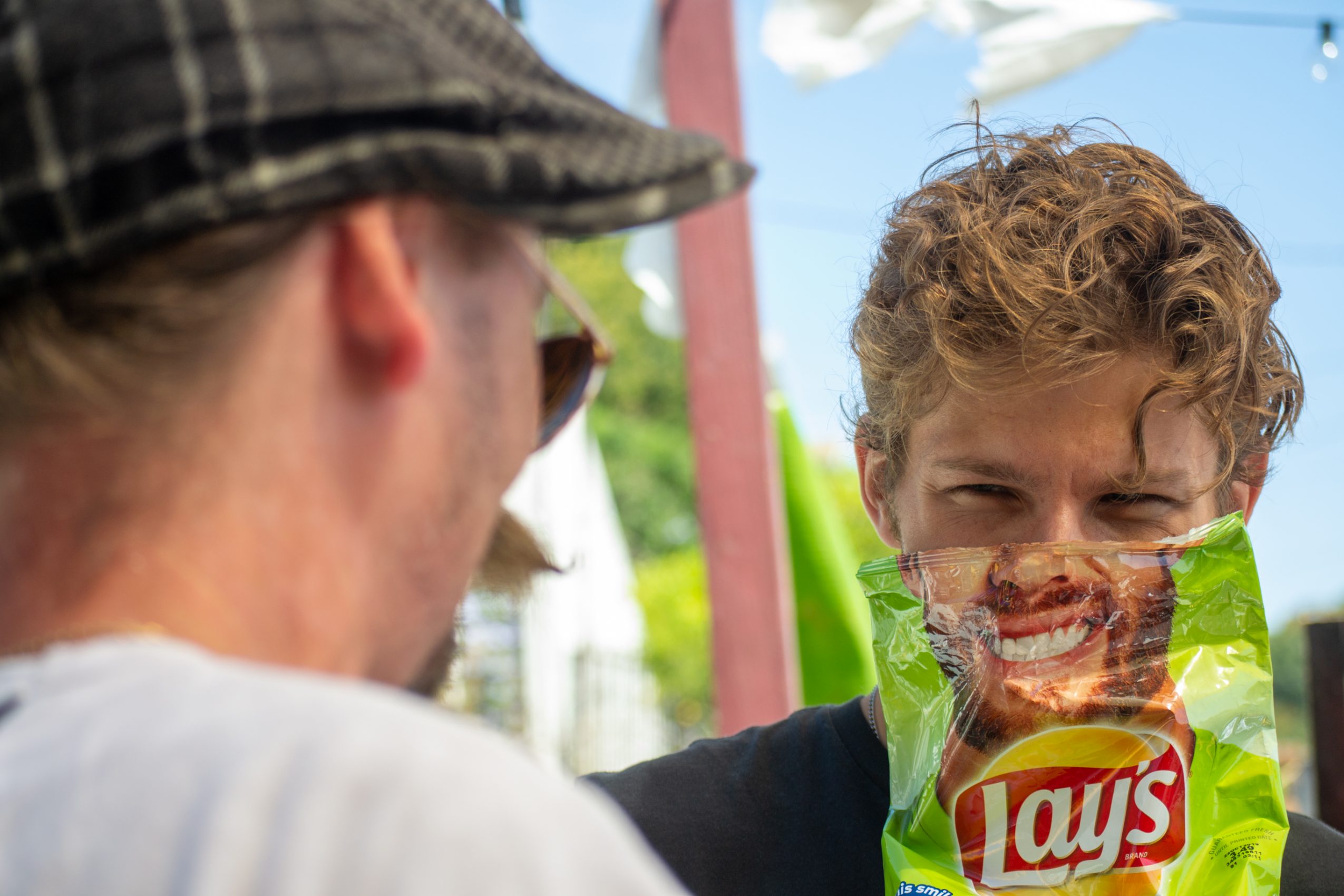 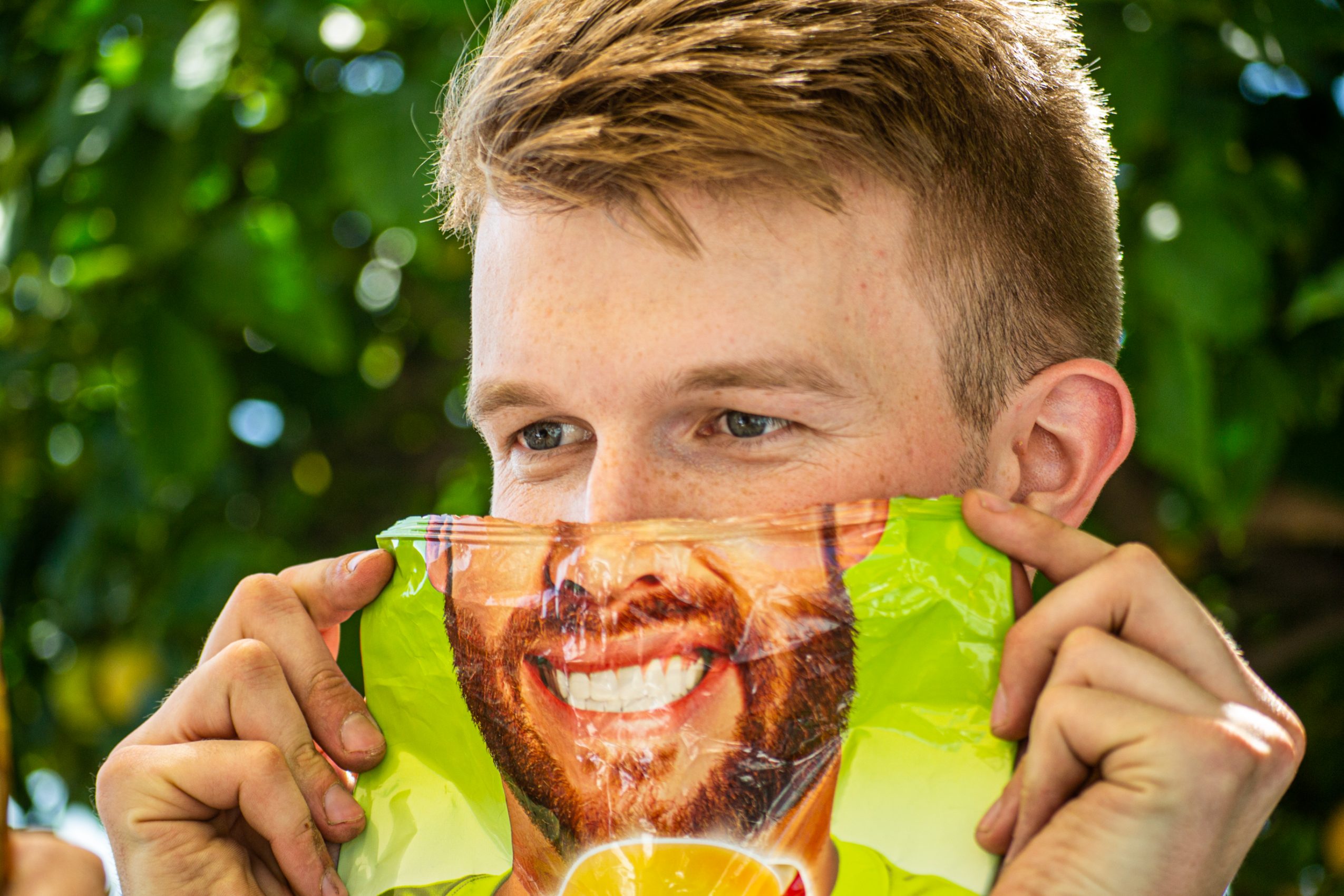 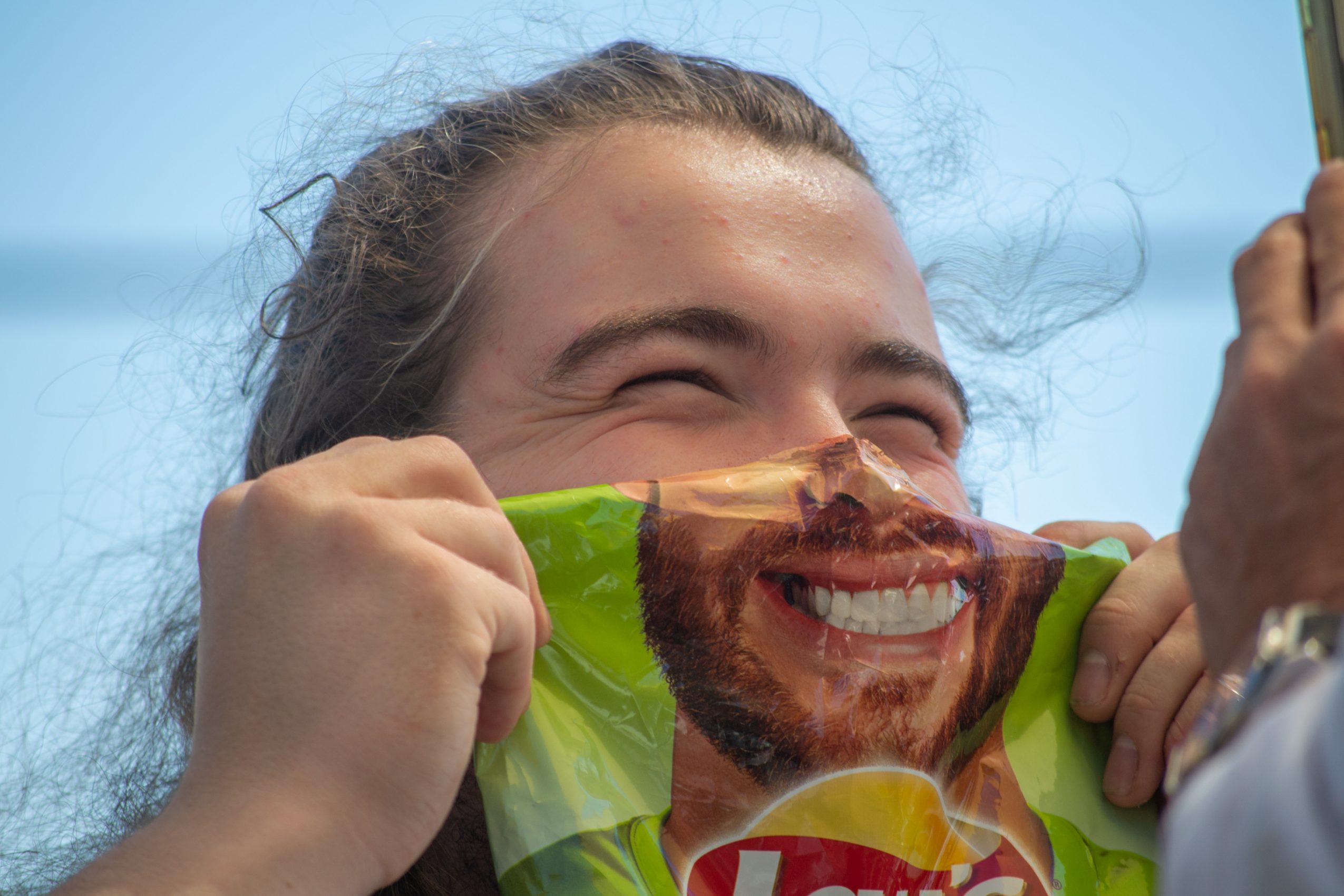 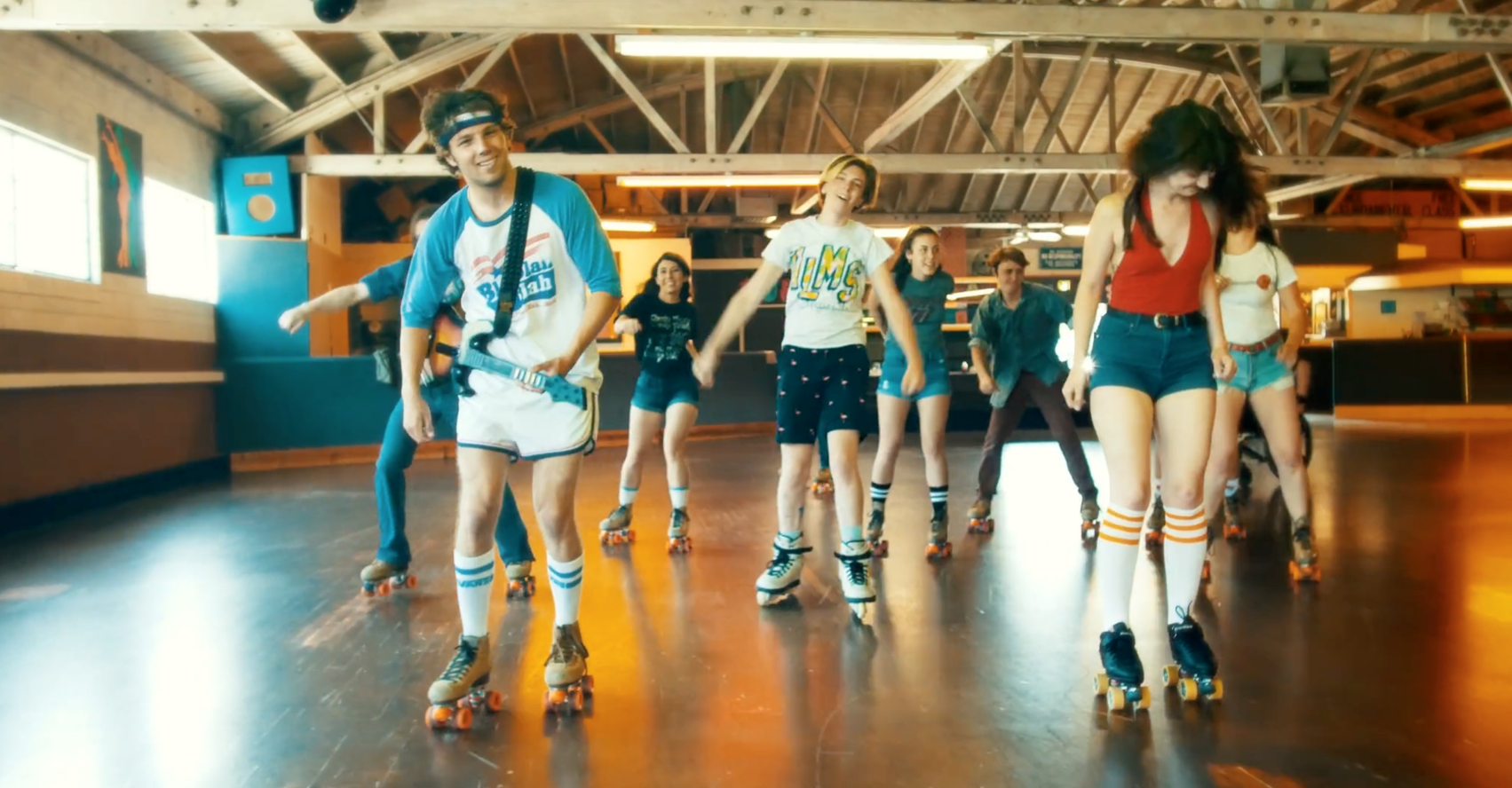