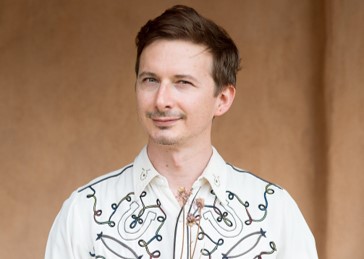 Today we’d like to introduce you to Cody Berry.

Cody, let’s start with your story. We’d love to hear how you got started and how the journey has been so far.
I was conceived in Las Vegas. My whole life is a gamble. I was born in Denver, Colorado, but grew up in desert towns in Southern California- Yucca Valley, Barstow. My father’s family landed in the Virginia colony in the 1700’s and came west through a succession of land-grants via military service. We actually founded our own town along the way- Berry, Alabama. My grandfather was a sharecropper in Oklahoma who came out to Bakersfield during the dust bowl. He was a religious man but loved to dance more than anything. My dad said he would go to the honky-tonks every single night. Chuck Berry was his favorite. My mother’s family were Stonemasons who came here from England. They lived in Plainfield, New Jersey for several generations, being solid middle-class homeowners. They knew how to stay put. My mom and dad, a flower-child Military brat and a Nixon Republican Gypsy fell in love and made it work. My brother and sister were born in 1971 and 1974. I was born in 1983. My Dad rushed my Mom to the hospital at 2 am in a Chevy Camaro coupe, running every red light along the way. While he went to park the car, she went upstairs to deliver. By the time my Dad got upstairs, she had already had me. There’s always been the joke that ‘Cody REALLY doesn’t like to wait.’

I started making music when I was 14. I had fallen in love with Green Day, Weezer and Blink-182 and wanted to play in a band. The problem was, I had moved from North County San Diego, (where I grew up) to rural New Mexico in 1991, and there was absolutely nobody around to play with. Tumbleweeds. For Christmas, I got an Ibanez nylon string guitar. Hardly a punk guitar, but I figured it was an Ibanez, (which the guys from the Offspring used) so I was kind of OK. I never took any lessons and to this day, (other than a handful of hours) am completely self-taught. Learning on a classical guitar, unbeknownst to me at the time, came to define the nature of my guitar playing.

The first big change came when I got my TASCAM 4-track portable recorder in 1998- after I’d been playing guitar about a year. This is when I took over the garage, between the boat and the wall. I started hanging up Christmas lights, searching thrift shops for old keyboards and collecting vinyl to sample. Most of these old tapes I recorded are full of spoken word, sound collage, and all kinds of experimental set-ups combined with fingerpicked nylon guitar. There were Halloween themed soundscapes over which floated bits of arguments I’d secretly recorded of me and my girlfriend. There were covers of Wilco songs made in the bedroom closet, with just the vocals in the bathroom. There were recordings of night trains passing by in stereo.

After High School, I started working at Pizza Hut and playing shows in Las Cruces, New Mexico. There was a big College scene here and some of the bands I still think about, like playing a house party with Hanna Red, or KRUXfest, or playing at the Dirt with Sweet Zombie Jesus. This was the first time I’d ever started to feel some belonging to a scene. After about a year of hauling my gear the two hours back and forth over the White Sands Missle Range too many times to count, I’d decided I wanted to study music and take it further.

This is when I enrolled in the Summer course at Berklee College of Music. That Summer, I had a blast riding my bike around Boston and playing in the Jazz Ensemble, but it only took about ten minutes to know that I was not cut out to study music. I hated it because I didn’t feel smart enough and it felt like everybody already knew how to sight-read and just knew so much more than me. I was some weirdo from the garage in New Mexico, my parents were a housewife and a construction worker. Everybody there had a dad who was in a band in the 70’s. Feeling greatly discouraged by the sheer amount of very specific, almost mathematical knowledge I thought I’d have to get in my head I decided to go back to New Mexico and get my degree from the College of Santa Fe, where I could study both music and visual arts.

I had been making drawings and paintings since I was six years old, and my friends and family all knew me as a painter. This is an image that I’ve had to fight against my whole adult life. Identity is a funny thing because, in my mind, I am a musician, but fighting against the role others have for you is something all of us have to do to some extent. At the College of Santa Fe, I met Brendan Eder, an LA native who was a few years younger than me, as I’d spent years by now taking road trips, playing shows and working. My relationship with Brendan has always been a bit difficult because in some ways he personifies the insecurities I’ve always had about music. When I met him, he was playing drums to Chopin, with Mike Epps- our resident homeless piano player on campus. Mike lived in the Barracks, which were old WWII era structures that, coincidentally, my grandfather had actually built on contract passing through New Mexico back then.

I hated my years in Santa Fe and was bored out of my mind. I assumed I had to finish my degree but always knew it was absolutely worthless being a degree in art. I tried to transfer out a few times, but always got pulled back home- ‘the Land of Entrapment.’ Eventually Finished y BFA, and having not gotten enough punishment, decided to go right on to the MFA degree course at Goldsmiths College, London. All through this time, I was making music nobody heard. I was playing guitar hours a day. I was watching everybody else form bands, and I just never could for some reason. All of the people in the Art department in Santa Fe thought I was in the Music, and all the people in the music department thought I was in Art. There’s always been the feeling of not fitting in anywhere, of not having a place.

After my time in London, I decided to move to Kyoto, Japan. I would end up teaching English here for about three years. During this time, my songwriting developed exponentially. This was the first time I’d been out of school, and there was no pressure on me to paint. This is the first time since that period just after high school when I started to play shows again. Club Gattaca in Kyoto hosted a few of my shows there. These shows were wild and experimental, filled with that same spirit that’s always been in my work. Living in Japan was a huge influence on me, especially in the way that learning the language changed the way I process words and meaning. Suddenly, language was alive to me, a billion little legos. All the melodies floating around in my head began to magnetize, forming verses seemingly of their own will.

I moved back to the States in 2015 to marry my Japanese girlfriend and bring her back here. We broke up nearly as soon as I got back home, and here I was once again- alone in New Mexico. Brendan got a hold of me and mentioned that our buddy Michael Stasis was looking for someone to rent his room above ‘smart objects’, an Echo Park-based Contemporary Art gallery. Having nothing else to do, I gladly accepted. I have always spent a good amount of time in LA growing up and had been out there every year to see Brendan, so it didn’t feel like a big move. Having grown up in California until I was eight years old, I’ve always felt like an honorary native.

As soon as I got to LA, I knew I wanted to focus more on music. The level of musicianship, and just the overall level of talent and hard work going on in LA was an absolute eye-opener for me. I’ve lived many places but never seen anything like this. As I became more familiar with the people on the scene, the venues, and the whole vibe I began to look at putting a band together, consisting of Brendan Eder, (Haunted Summer, Colleen Green, Joel Jerome), Nicky Simon, Dev Ray, (So Many Wizards), and Andy Barnes, (Ty Dolla Sign). We played a few shows, at small local venues like LOT1 and the Griffin. As I got more serious about the band, I began to see that it was not going to work. Everybody was just too busy and doing their own thing. I realized that it was time to cast out to sea, that LA had been a great, wild teacher, but that this was not my place.

As of today, May 14th, 2019, I have only a month or two left until I move to Nashville, the next chapter in my life. It’s funny how sometimes it takes so long to come full-circle. I know I’ll be back in LA, but it will never be like it was now- and neither will I.

Overall, has it been relatively smooth? If not, what were some of the struggles along the way?
The biggest obstacle on the road has been myself.

There is crippling self-doubt, relentless comparisons to others, struggling to maintain belief in life, emotional fatigue, delusions of grandeur, regular humiliation, and systematically poor choices.

The second biggest obstacle is the general lack of interest artists receive. This ties into the personal obstacles, too. If you’re doing really well, then things go your way and people want to be around you. If you’re not doing well, people tend to avoid you- human nature. This dynamic exists beneath the surface for any artist and conceals an even deeper monster.

Of particular difficulty is knowing when passion shades into desperation, and remembering how poorly desperation is received.

Any shoutouts? Who else deserves credit in this story – who has played a meaningful role?
The Apache Mountain Gods have supported me through my creative life, and they deserve half the credit. 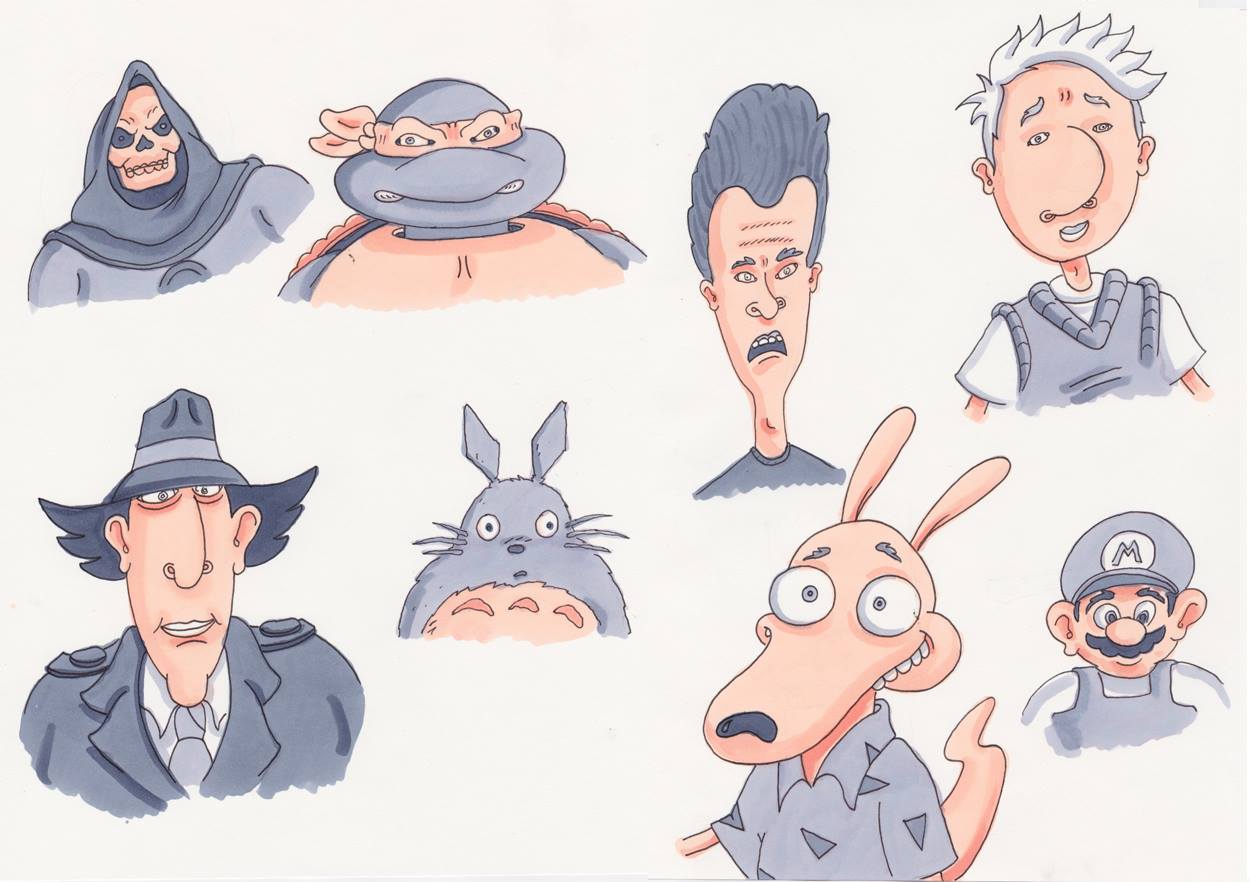 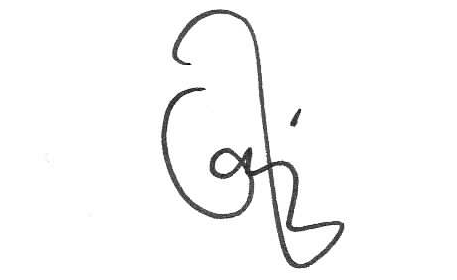 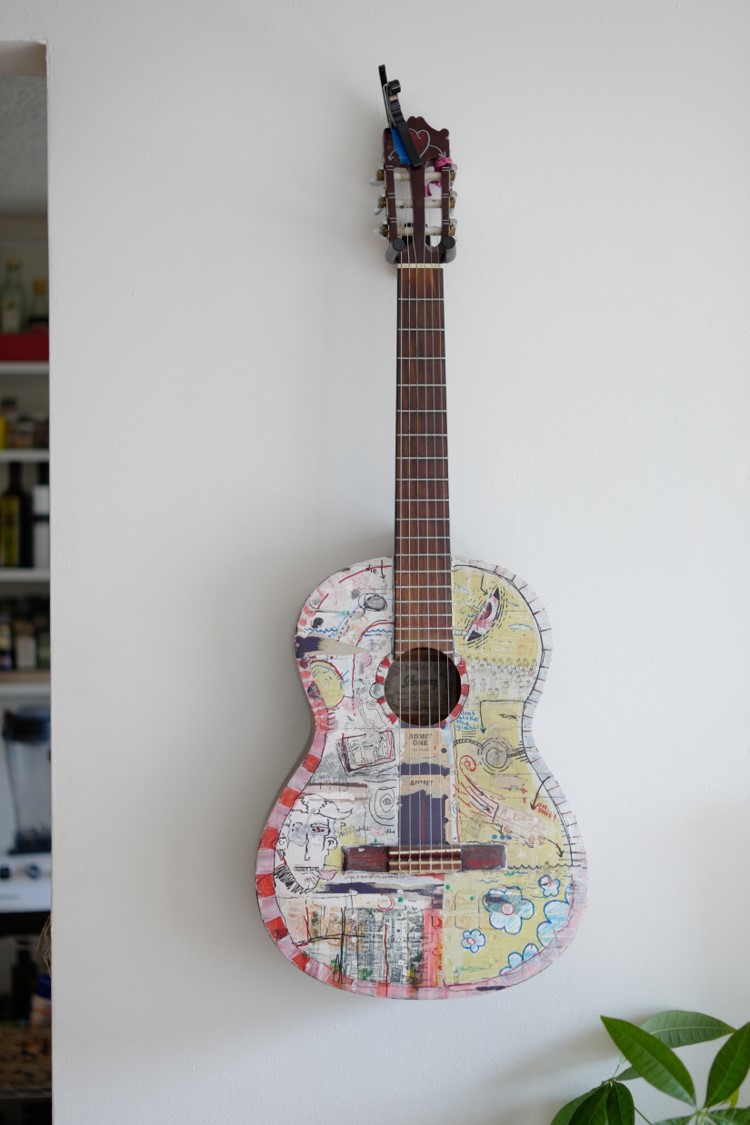 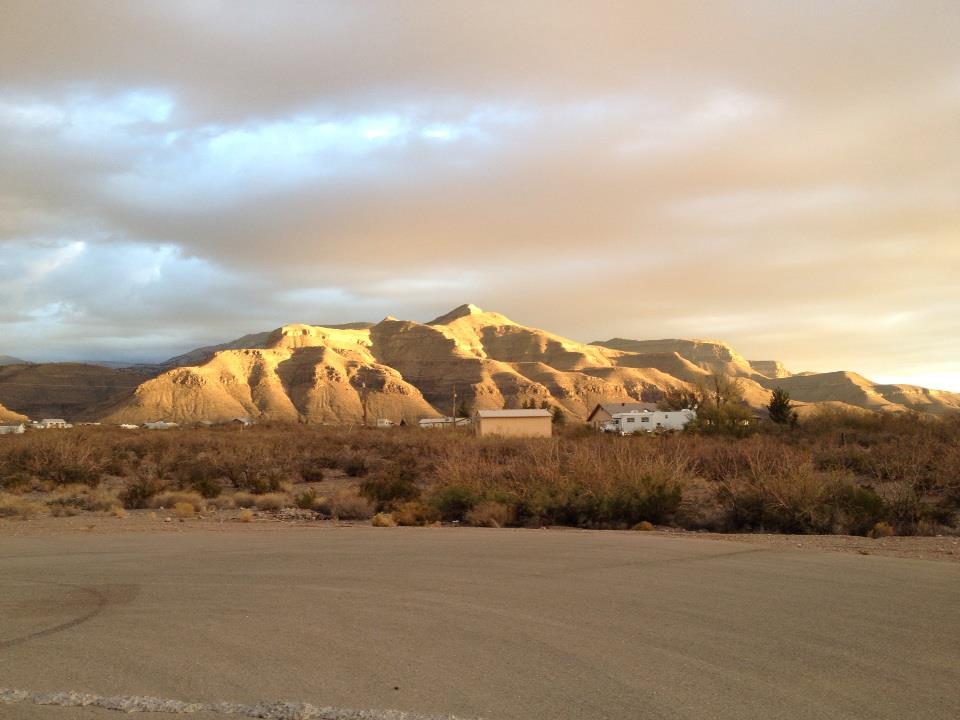 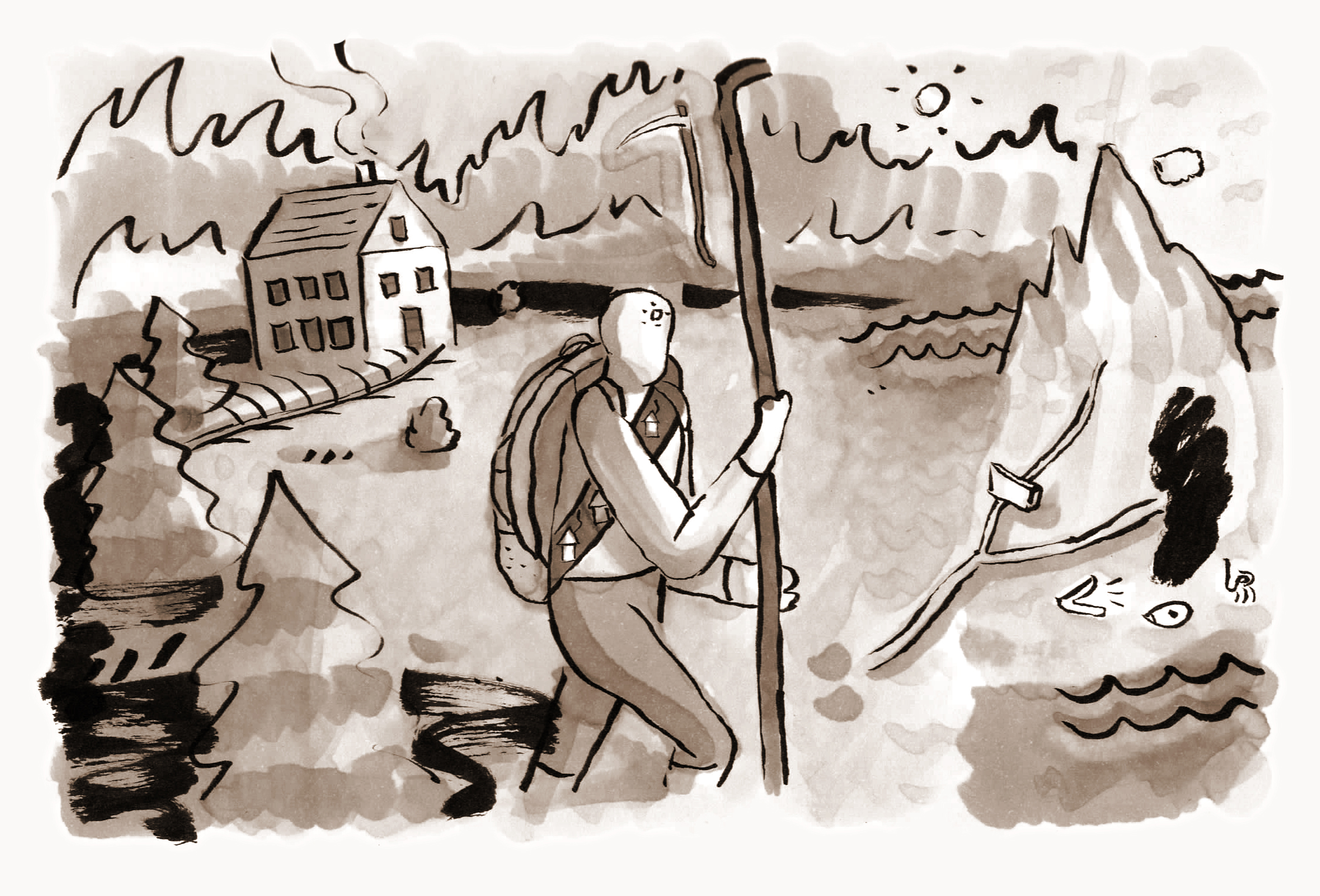 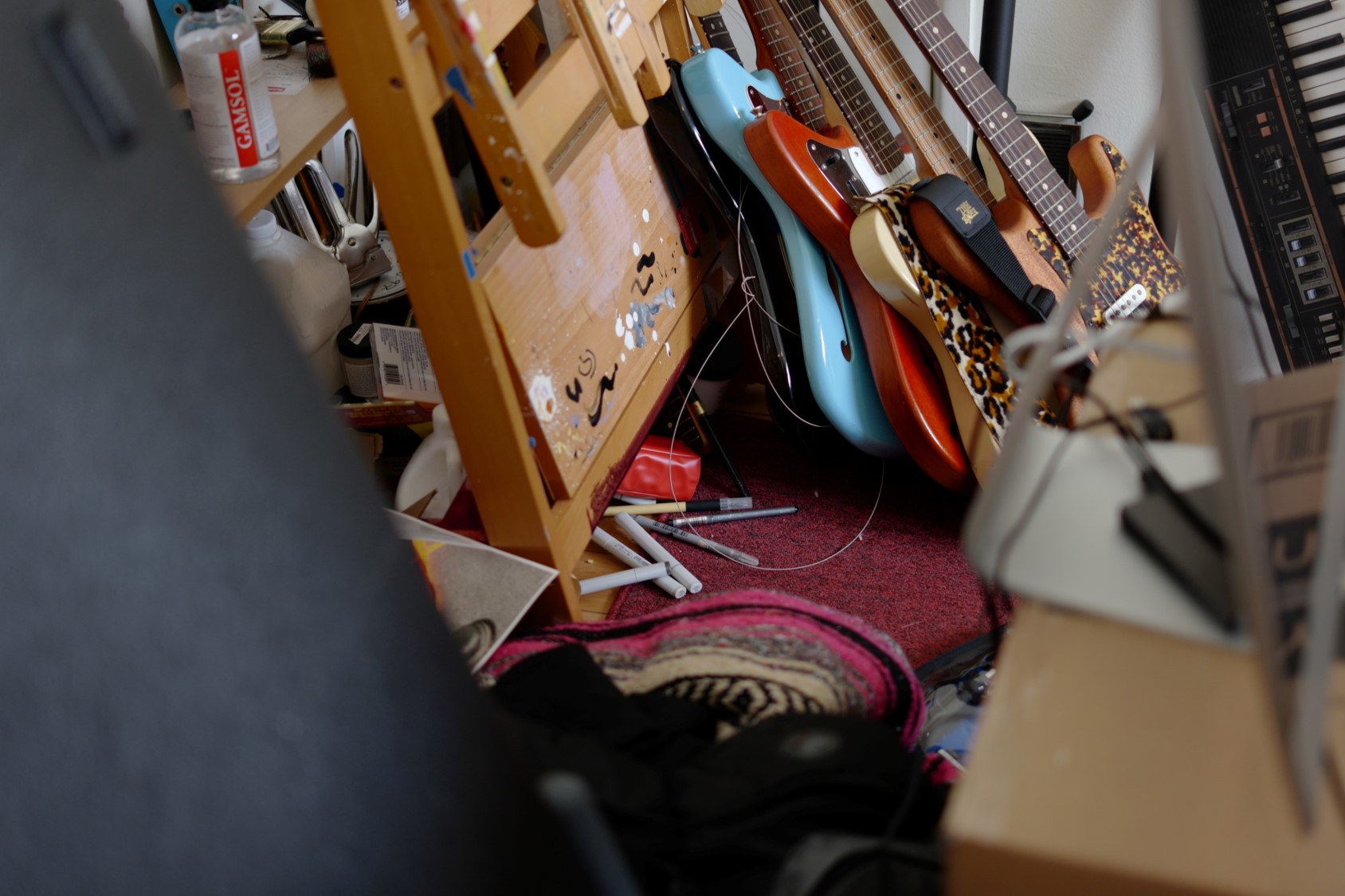 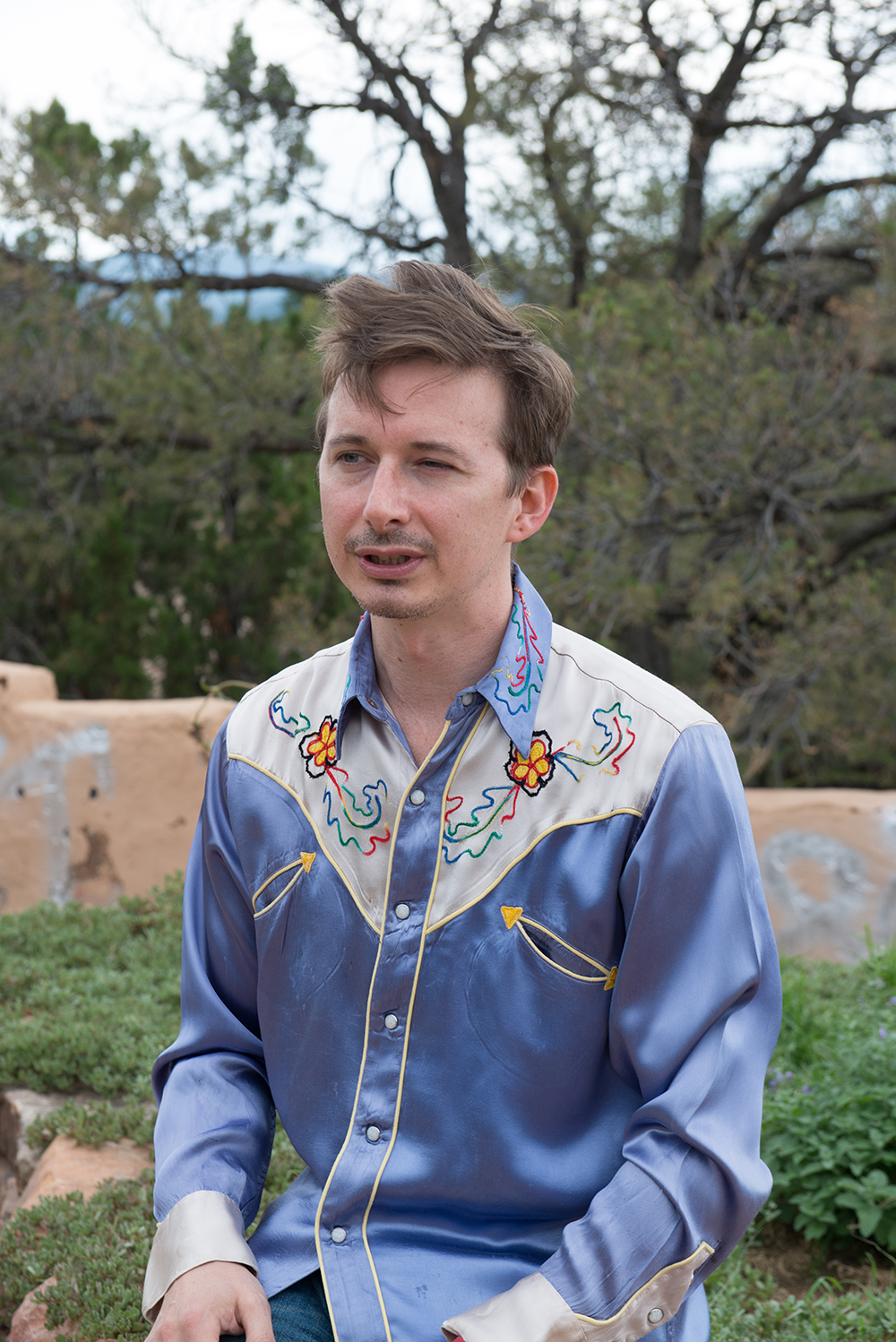 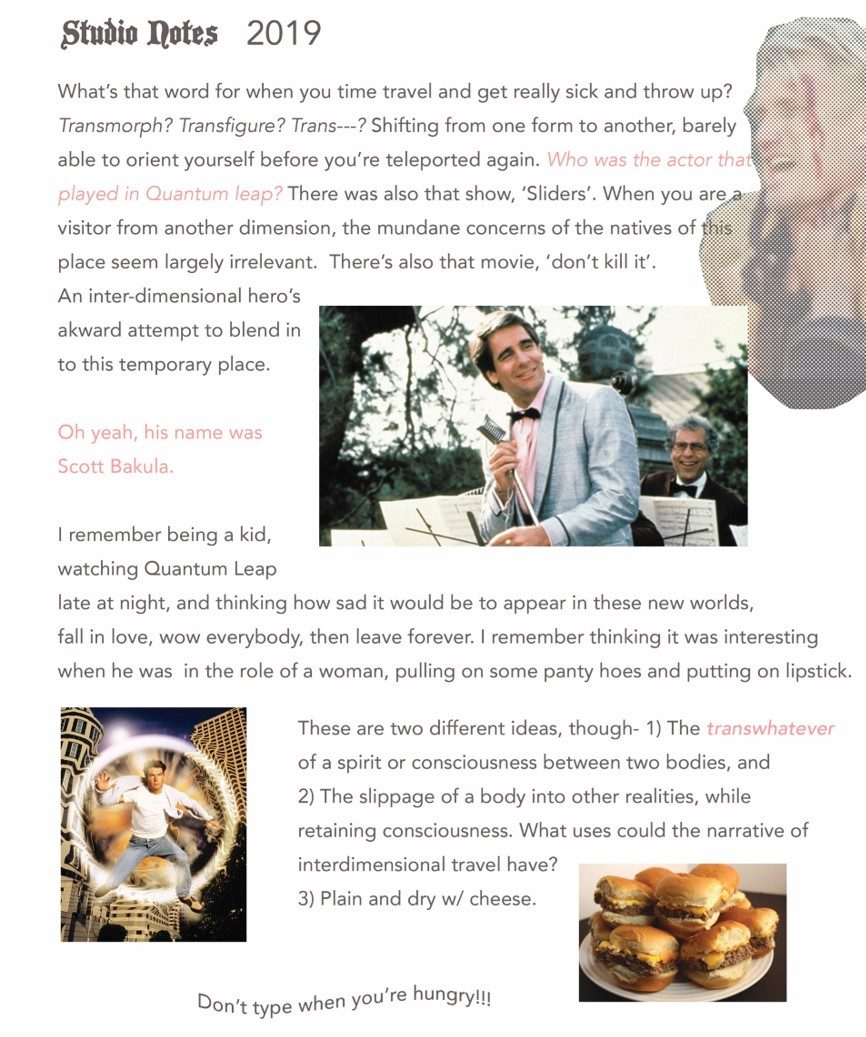