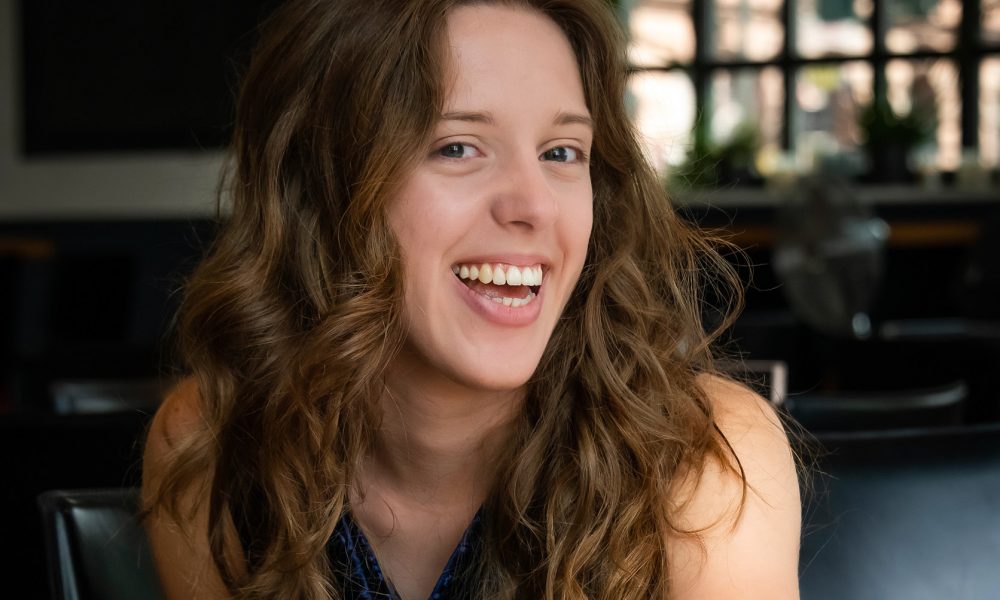 Today we’d like to introduce you to Coco de Bruycker.

Coco, let’s start with your story. We’d love to hear how you got started and how the journey has been so far.
My journey starts off like one of those corny cliché actor’s stories. When I was seven years old in Hamburg, Germany where I was born, we prepared for a drama performance in a primary school. A couple of days before our own show a professional theatre group performed for us. It was a fairy-tale where some prince was looking for his princess and the king. There was one moment when the prince yelled: “Look, the king is coming!” He jumped up and down and pointed towards the back of the auditorium. About seventy little kids’ heads turned around in astonished search for the king (who only existed in our imagination). I thought: Wow. Such magic. I wanna learn how to do that.

Acting has always given me a sense of freedom that you don’t normally get in everyday life. It sometimes reminds me of my first monologue “flying free above the trees” in my first role as A Vulture. That’s when I realised: Oh, wow, I can bring language to life! I’ve always wondered why most peoples words don’t carry life. I fell in love with those “magic moments” as my former improv teacher, Frederik Malsy, likes to call them. To me, theatre has always been a magical, almost spiritual experience. It’s the only place where life seems to slow down, intensify and connect people through some indescribable, mutual experience.

When I was eleven, we moved to Mainz; a smaller city close to Frankfurt. I was heartbroken and depressed because I had left my best friend for a new home. It was my mother who dragged me onto stage again. She made me to join my new high school’s musical & drama club to make new friends. That way she revived my old, first love. The following years I added private lessons and joined the Young National Theatre Mainz in 2013. That’s when I determined: I want to be an actress. I’ll always remember that night I told my mother. We were sitting in the living room watching TV and she said: “I don’t see you there.” She pointed at the TV screen. “It’s not because I doubt your talent but society’s ability to accept you the way you are.”

She was afraid that I wouldn’t have a future as an actress — with cerebral palsy, a mild walking disability. People might celebrate me short-term overnight, pat each other on the back for inclusion and diversity, and forget about me within a blink. She was afraid I’d end up being cast as an “alien or leprechaun” . As the actor Verne J. Troyer said once. I appreciated my mother’s honesty but I was also hugely disappointed and I said as I went to bed: “What if I proved society wrong? What if I proved it to you?” And she took me in her arms and said: “Do it. You can do anything you set your mind to. Who else would show it to them, if not you?” My mother opened my eyes to all those little kinds of barriers and discussions connected to my disability.

I once had a teacher in school who sat me behind the curtain as a prompter because she assumed I was incapable of participating in the show. Later, in 2015, I played resistor in a production with the Young National Theatre set in the 1930s and 1940s. The night before we opened the director came to me asking if we could call me “cripple” in one chase scene between the resistors and Nazis to convey the time’s dark reality. My mother was so upset about this adjustment last minute, she said she wouldn’t come to the premiere. “Because I’ve fought for almost twenty years now so people see you as human and equal as you are.”. Germany as a country and culture is still struggling with equality and mainstream acceptance.

Acting schools see disability as an obstacle, because it’s such a physical craft. They also say that there is no actual market for actors with disabilities yet and fear that production companies and theatres wouldn’t be able to adjust to the needs those actors. Although, some theatres would love to welcome everyone, they have to be trained to work. It’s like a vicious circle nobody wants to take action or responsibility for, that’s what a friend of mine (who I also met in theatre, duh!) found as he was doing research on our inclusive, artistic landscape.

After high school graduation, I decided to leave Germany because I wanted to be seen as I was: An ordinary human being who happens to limp a bit. I also wanted to go to London to feed my love of theatre and the simple corny fact that it’s just so romantic to pack your stuff and wander to London, just like young Shakespeare did. At the airport, I waved my family goodbye and thought: “OK, now I’m writing my story.”

Finding a theatre in London to learn or even work in turned out harder than expected. So I picked the one closest to my new home and determined to go there every day until they gave me a job. After four months I knew everyone, the ushers, doormen, and waitresses in the café attached. They got me a job in the building. Again: I found friends and family, this time at Rose Theatre Kingston.

Six weeks after my arrival I found that New York Film Academy (NYFA) was in town seeking new talent. I signed up to audition, but more importantly, to inspire the same discussion I had with my parents the years prior.

Do I have a future as an actor with cerebral palsy? “Please be honest, I can take it,” I asked them and I will always remember what screenwriter Paul Brown said: “Coco, you have so much energy, you can inspire other writers for characters and stories.”

NYFA accepted me a week later and brought me for their Conservatory program to New York. In 2018 I relocated to LA and got my degree in Acting for Film.

Has it been a smooth road?
As I held my acceptance letter, I started crying internally because I had no clue how to pay for this opportunity. My parents alone couldn’t do it and education in Germany is free, so saving for college is not really a thing. That’s why most people thought I was crazy when I told them, I’m moving to the States for school. I did tons of research and reached out to all kinds of grant-givers and foundations but my program didn’t qualify for their support. Fenner, a friend of my dad’s, a musician from Mainz, actually inspired me to look into crowdfunding. That’s how he was able to produce his first album. He walked me through his process and how he builds and stays in touch with his audience.

On the coldest day in London, I grabbed my iPhone, a selfie stick, and a ribbon. I shot my crowdfunding campaign trailer. I tied my iPhone to subway fences and street lanterns, because I didn’t have any professional equipment, it’s actually hilarious. That day, I watched YouTube tutorials on editing and pieced together a video that tells the story I’ve been telling here, but in under 60 seconds. An ordinary German small-town girl with a walking disability and a goal: changing the acting industry for the better. Simultaneously I set up my website and Facebook page and asked my friends and family to share it with whoever they knew to be a part of my dream. That’s how I managed to raise about $ 40K for my training.

Leaving home taught me this one thing: You can turn your obstacle into opportunity. I believe whatever life may throw at you, you can always turn it into something useful, both for yourself and for others. I love theatre, I just happen to limp a little. I left home for London, I was homeless and heartbroken upon my arrival, but I used this very pain in my performance as I auditioned for New York Film Academy. We didn’t have a lot of money for college but this very fundraising project now connects hundreds of people across five European countries and the United States who paid for my tuition all together and who are now apart of my life and path. It’s been a huge struggle, tons of work, sweat, tears and numerous nervous breakdowns, but I think it’s even more moving than any anonymous grant or loan.

Once you dare to think and do crazy, you attract and surround yourself with visionaries who are as crazy as you, I believe. This amazing, crazy dude, Christian Schaefer even cycled 471 miles, as the “Tour de Coco”, from Germany to Austria to raise funds and get to NYFA and the Frankfurt-based pop artist Yasmin Karpinski raffled one of her paintings for my program. Musicians and celebrities from my home town shouted me out. Stage actors both from the National Theatre Mainz shared my story online and LA screen actors, like Laurence Fuller and RJ Mitte, got to know me thanks to social media. We’re all so connected like never before and there are so many in this world who are happy to help you.

It’s really like Gandhi said: “Be the change you wish to see in the world”. And I also believe, as long as we’re on this very one, single planet together, we’re never alone. We can always give everything we got and ask when we need help. Anything’s possible if we unite for good.

We’d love to hear more about your work.
I’m an actress for change; to unite disabled and non-disabled actors on stage and screen. We tell the stories together that have been left untold. People also tell me I have energy, “spiel wut” (German for the eagerness to play) and enthusiasm. And, yes, also cerebral palsy since birth due to a lack of oxygen. Doctors thought I’d die premature, but I found my job in smashing statistics. I do anything, it just looks a little bit different or takes longer.

How do you think the industry will change over the next decade?
I wish to see a performing arts industry that acts by their means in terms of diversity and inclusion. I wish to see a world where actors with and without disabilities are united on stage and screen, like second nature. I wish a world where we discuss less and get more done. We’re already doing the work but there’s a lot left to do, to push equity and access for everybody, I mean every body… 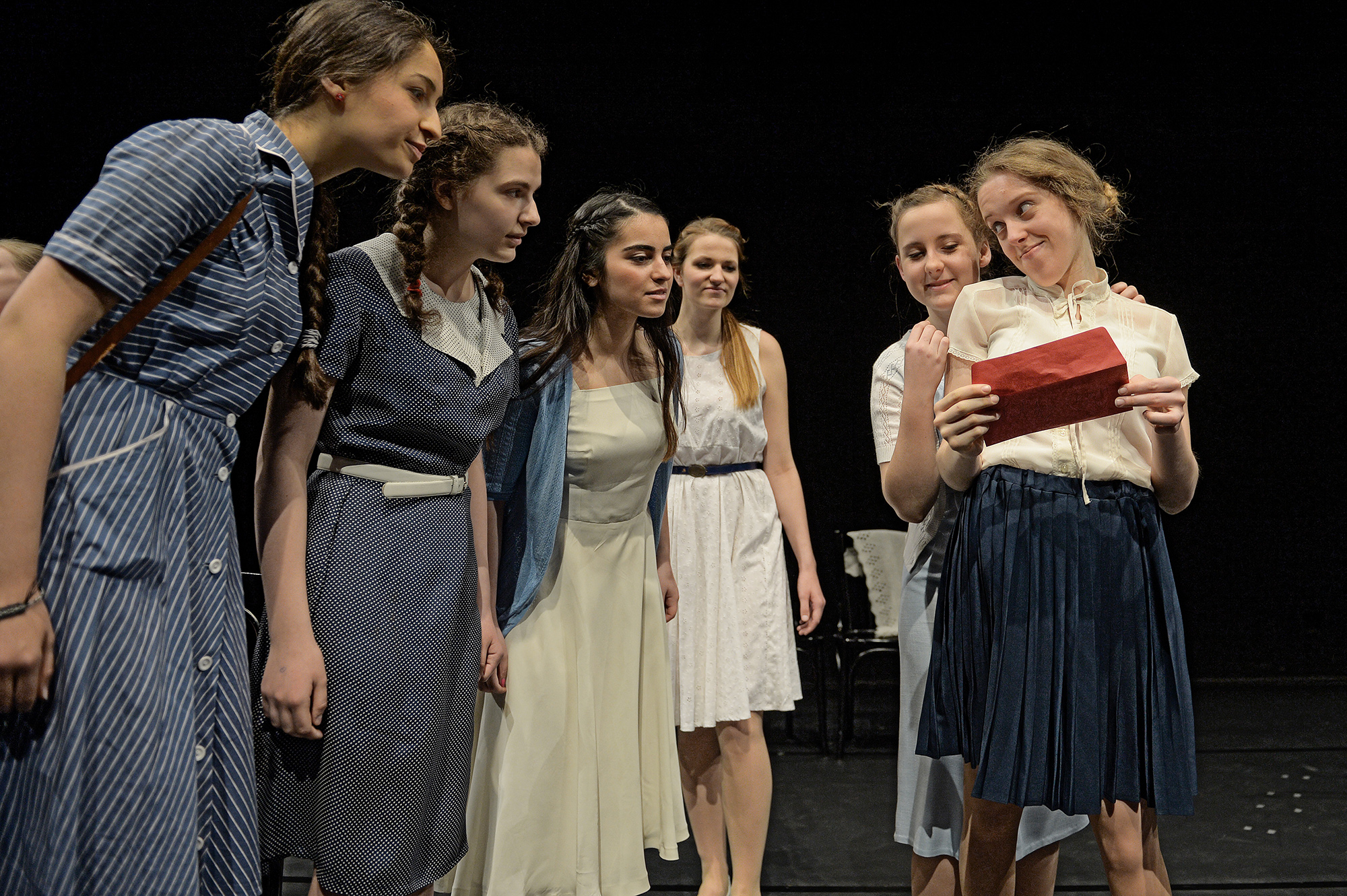 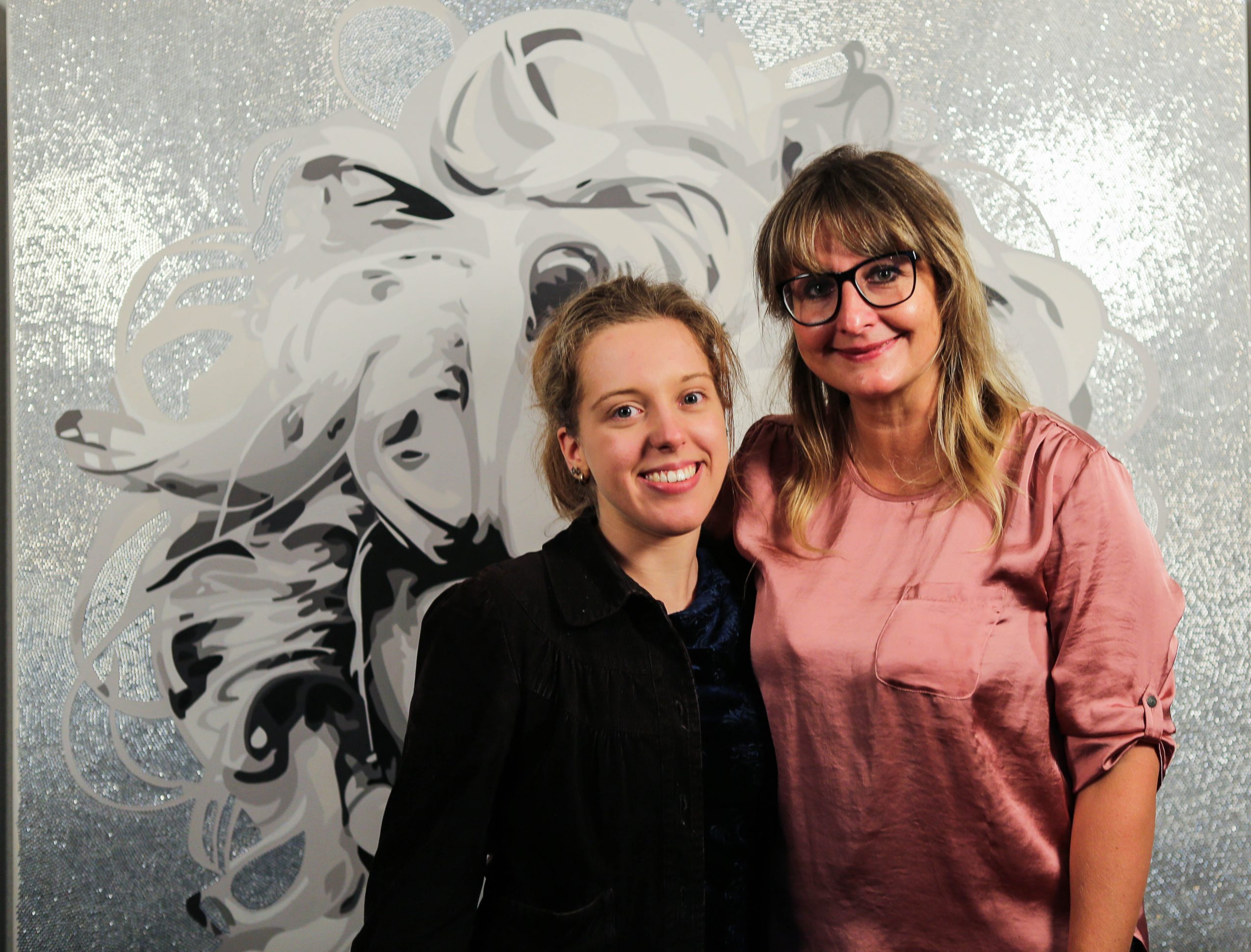 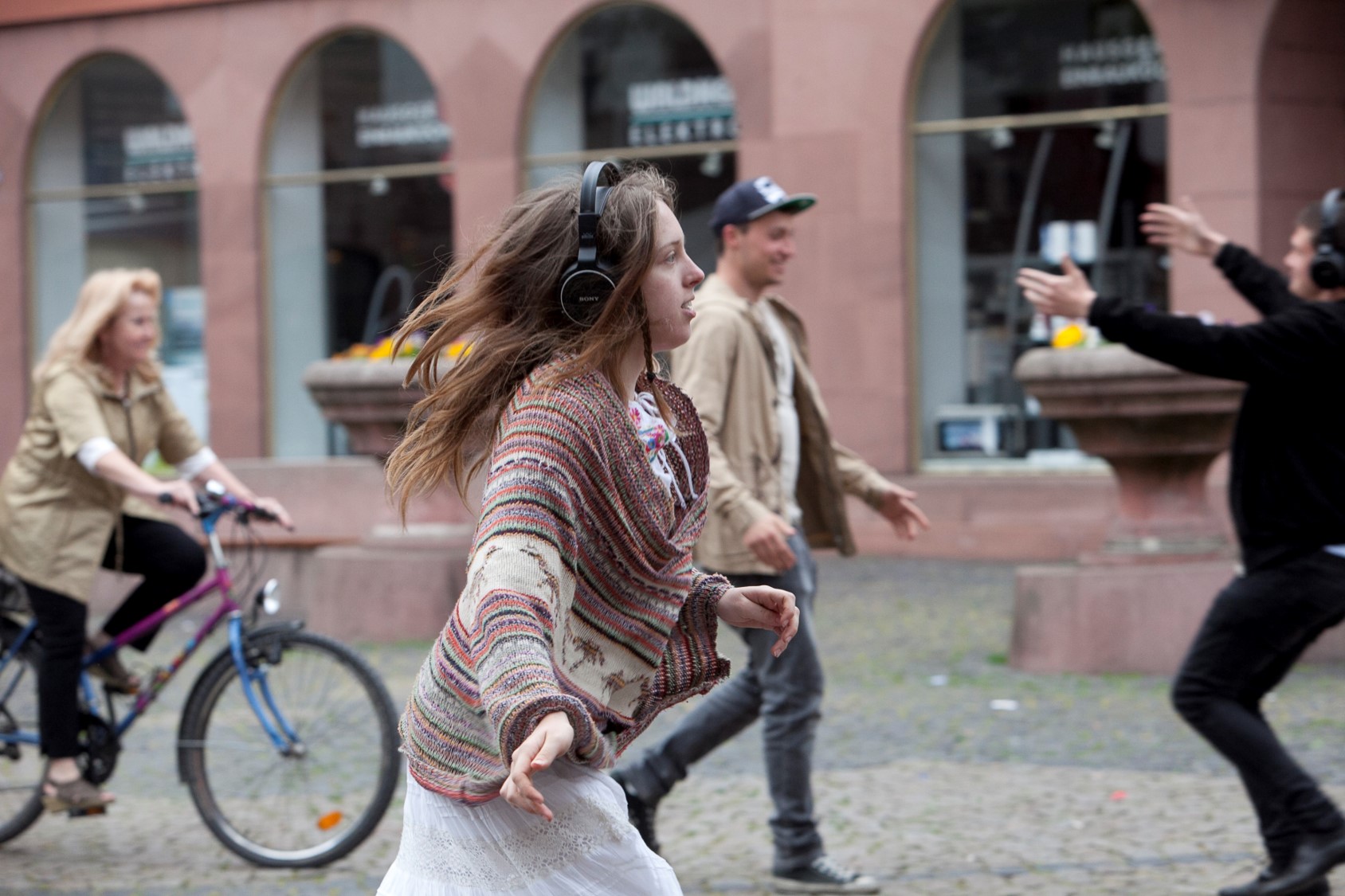 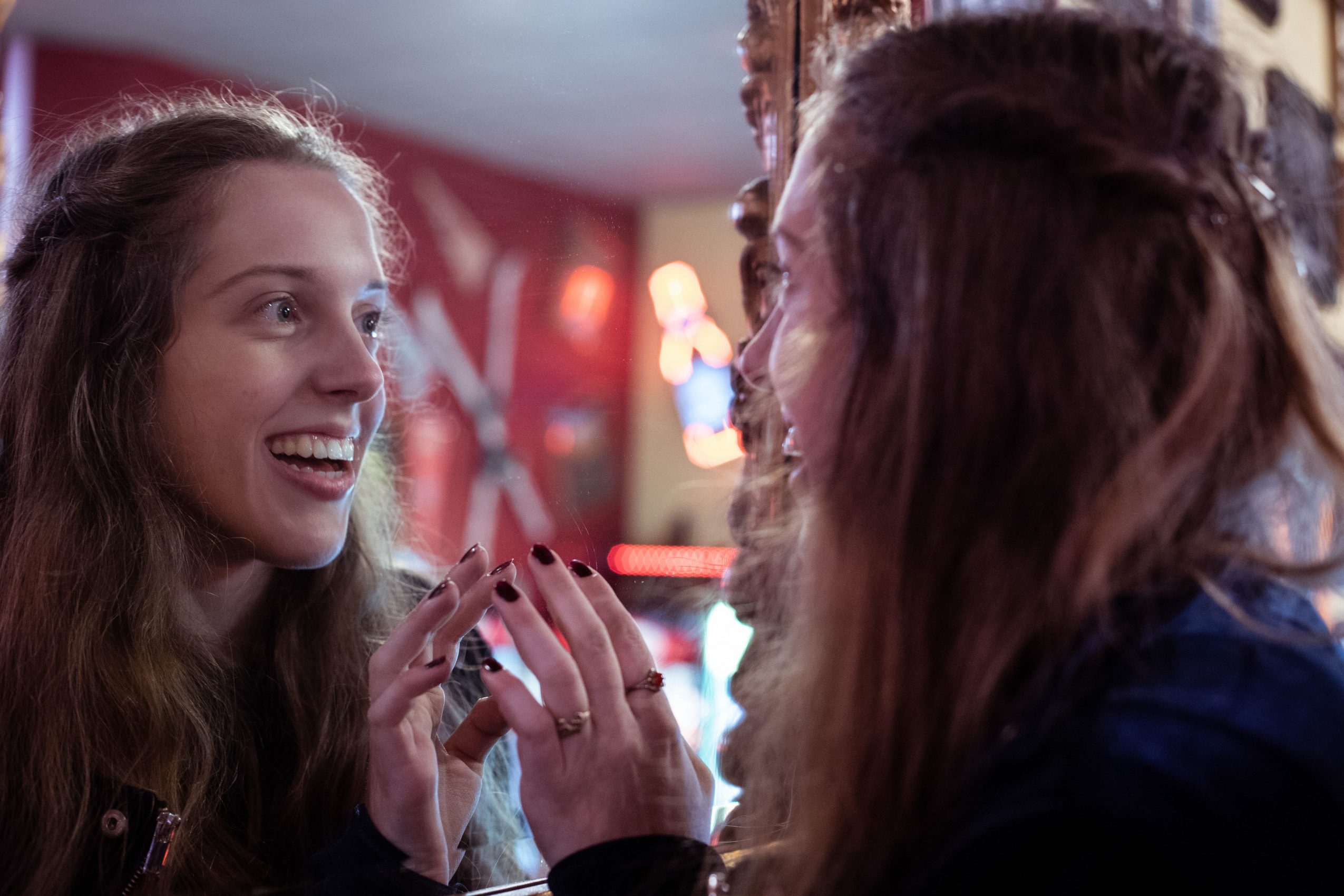 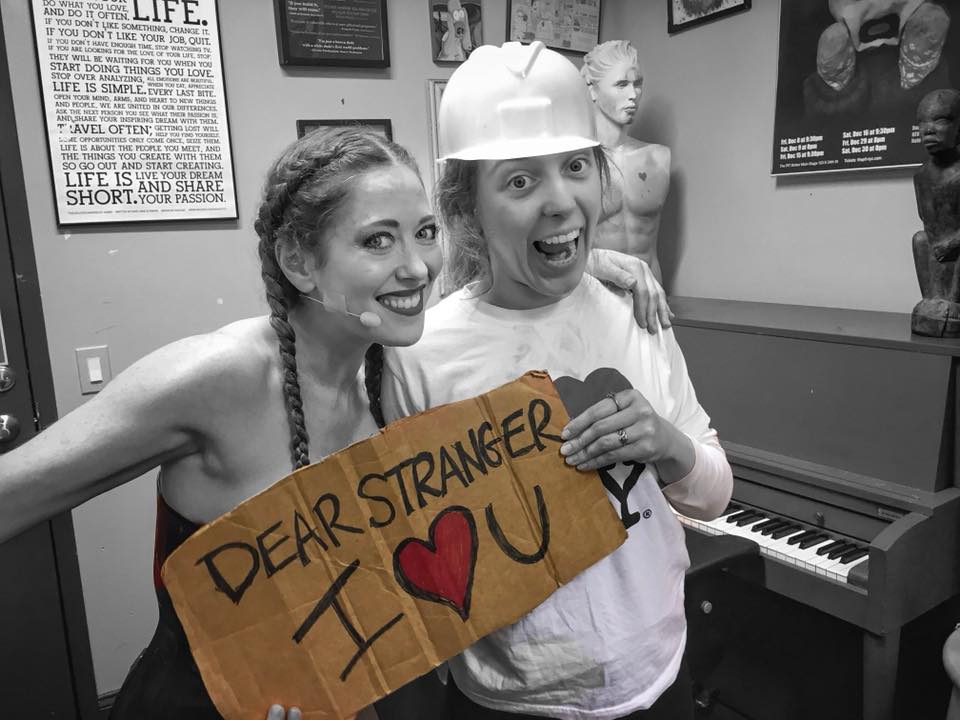 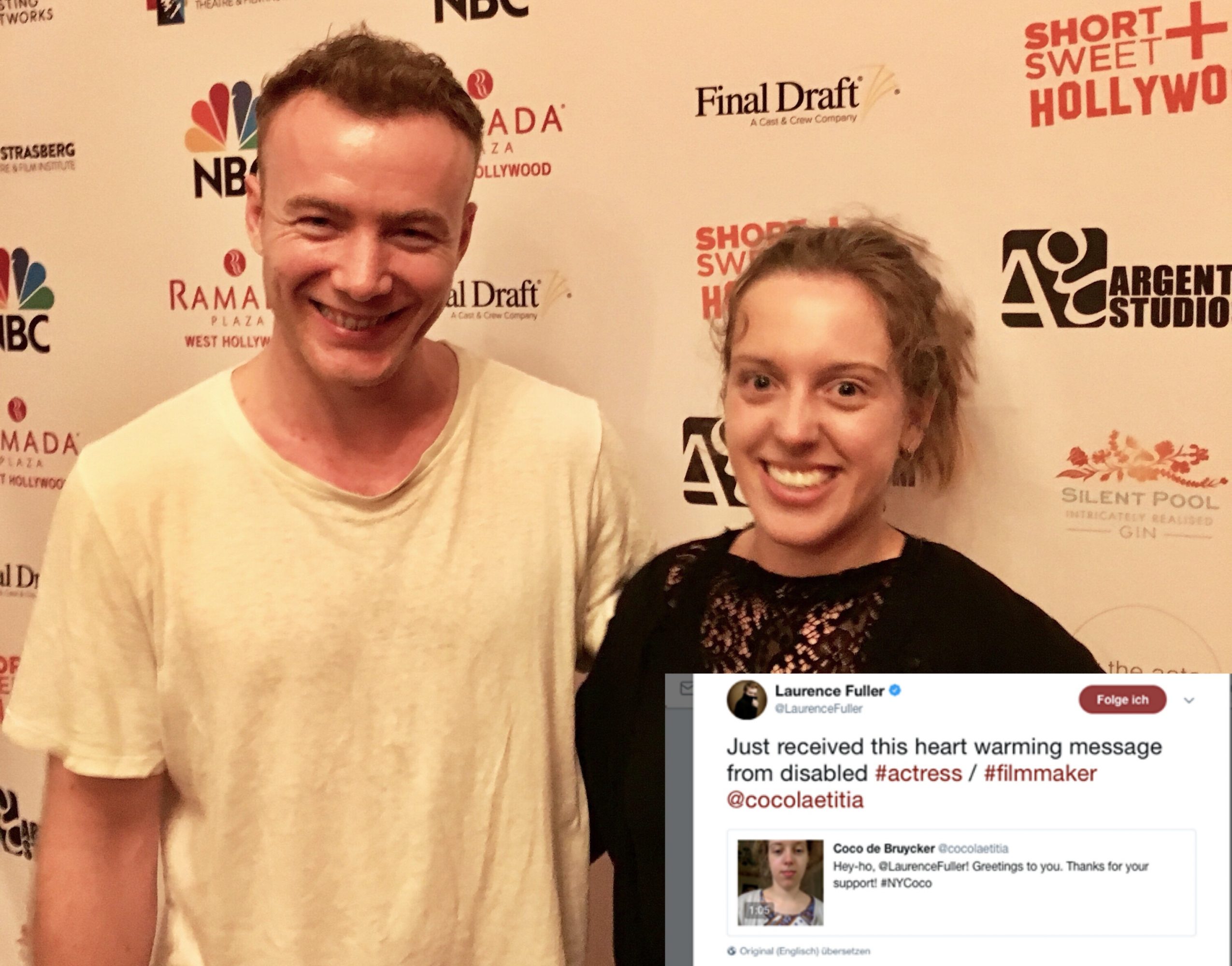 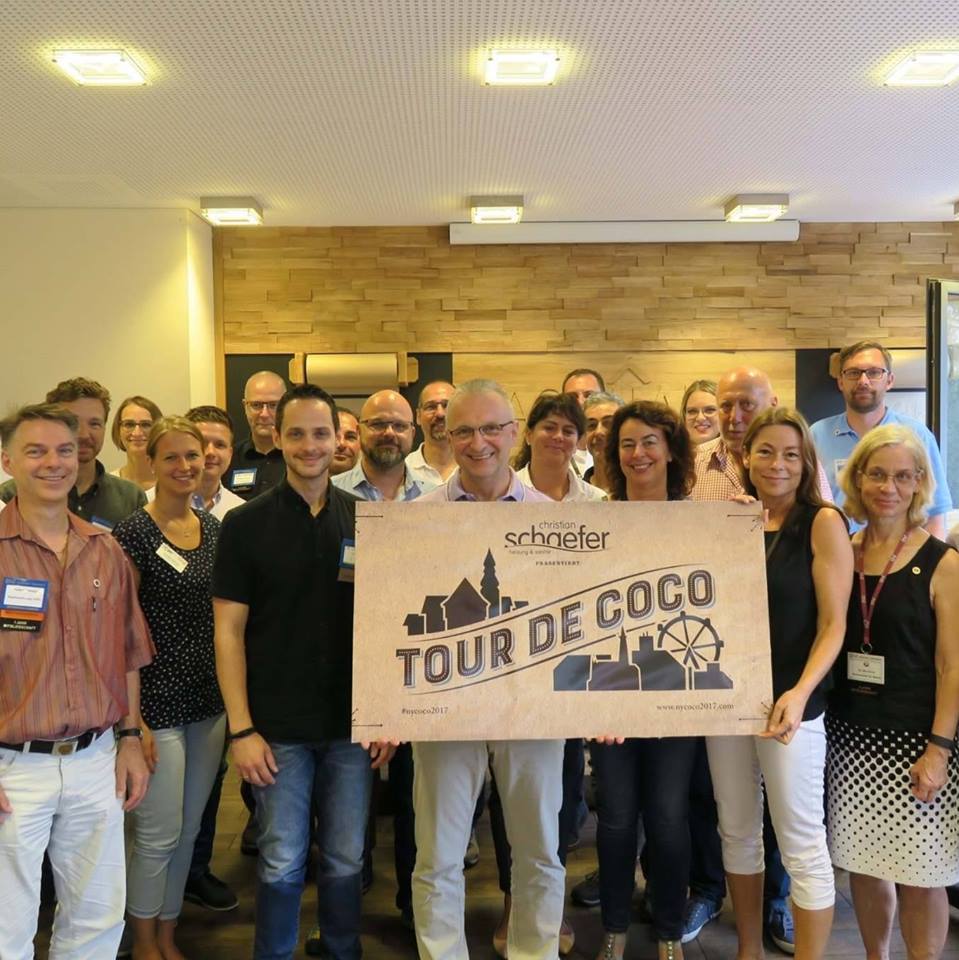