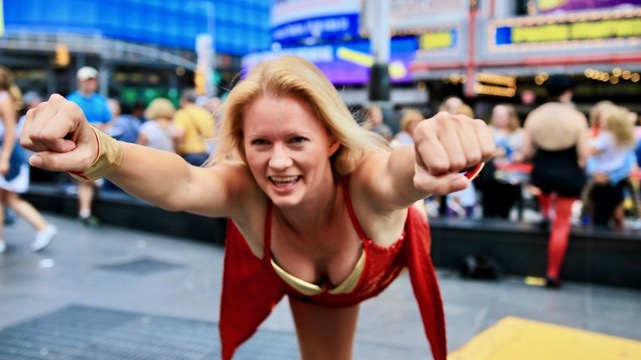 Today we’d like to introduce you to Clarissa Hoffmann.

So, before we jump into specific questions, why don’t you give us some details about you and your story.
I’m an actress, content creator on Youtube and a Superpower Coach for ambitious creative females.

If you had told me that when I was a little girl born in a small village in Germany, I would have said you are talking to the wrong person. Or I wouldn’t have said anything, just blushed and looked away with embarrassment.

I never thought I’d be living in LA one day. And working as an actress?! Are you kidding?! I mean I was afraid to even raise my hand in school. Always the quiet one, the shy one. It’s really crazy to think about that now. Sooo, what happened?

I guess a big part played my mom. She was always a bit different than the other people in Germany. She would go for what she wanted, she would not follow the rules or actually, she wouldn’t even know about them. She did a lot of things people thought were crazy. It started with homeopathy, then energy healing, specific affirmation techniques, spiritual woo woo stuff. And I was judging her the same way as everyone else did.

But one day I was in such a desperate situation (it was only a school essay, but it felt like a life or death situation for me, lol), that I gave in and agreed to try one of her techniques. A very special affirmation technique. And BAM – miracles started to happen! I couldn’t believe it! And my teacher neither, who was correcting the essay. Haha.

From that moment on, I became very interested in how my mind works and how I can change it in a way that helps me to live a more confident and happy life. Without being blocked by fear all the time. But of course, it took time. You first have to become aware of what’s going on and then you are able to change it, right?

So first, I started using this technique for all following exams at school. Later on in university doing a Bachelor degree in international business. And it always worked perfectly.

But I wasn’t feeling happy with my life. I knew that there was more inside of me which wanted to come out. So I asked myself the question about what I’d always wanted to do, but had been too shy to try it. And three things came up: Doing martial arts, playing the drums and acting! I tried all three of those and had a lot of fun. But acting was special. This was it! This was what I’d been waiting for! It just combined so many passions of mine. Psychology, creativity, curiosity about e.v.e.r.y.t.h.i.n.g, exploring myself in different situations and roles and connecting with people on a deeper level.

Oh, and it allowed me to overcome my biggest fear up until that point: Being in the spotlight and exposed to people’s judgment. Of course, it was very hard for me at the beginning, but finally confronting myself with it was so powerful! I now believe that fear is actually an amazing tool which – when used in the right way – can give you a powerful boost towards the things you truly desire in life. And my affirmation technique helped me to direct it into the right direction.

So story short, I dared to jump into the cold water and made the shift from a career in business to acting. I started in an acting school in Munich, got the chance to act on a big stage in Berlin in front of 650 people one year later, spotted there by an American director he recommended me to attend the Stella Adler Studio in New York City, which I did. Within a year after graduating from their two year conservatory, I started to book Off-Broadway shows and parts in short films which won multiple awards and even booked a critical role in a feature film called TANGO SHALOM with Academy Award nominee Renee Taylor and Golden Globe nominee Lainie Kazan.

I think what contributed to this success – besides my affirmation technique, lol – was a profound lesson I learned attending the Stella Adler studio: The growth as an actor and as a human being is synonymous. Meaning, when you become a better person, you’ll become a better actor. And I could see prove of that in several successful actors I had met until that point.

So I did everything I could to become a better person. I started reading lots of personal growth books, using lots of the acting exercises in my real life, following successful entrepreneurs and spiritual leaders on Youtube and social media, trying out different meditations and spiritual practices, changing my diet, working out, taking personal coaching, attending every acting related event I could find and seeing the positive in everything. I was flying high. And I guess that reflected in my work as an actress.

What then happened was very unexpected. I noticed that I had gotten to a point where I felt unstoppable. Powerful. In the flow. Free of all the personal drama I was dealing with before. And I got curious about how far I could take it. And it started to feel wrong playing characters who were going through emotional crisis or negative feelings. So I said bye bye to acting and went on a three months trip through SE-Asia. During that trip a lot of things manifested into my life. And I felt as alive and empowered as never before.

So when I came back, I made it MY MISSION to use my knowledge, skills, talents, experiences, and resources to empower and uplift as many women as possible in the most powerful ways.

That’s why I created a Youtube Channel with a fun, empowering Manifestation Mini-Series (where I also teach my specific affirmation technique!) and started a fun, powerful life coaching business called Superpower Coaching for creative women. And in regards to acting, I’m open again! For fun, powerful positive roles, which support my mission! Of course.

We’re always bombarded by how great it is to pursue your passion, etc – but we’ve spoken with enough people to know that it’s not always easy. Overall, would you say things have been easy for you?
Oh yes, very smooth road. No obstacles at all. Next question.

Haha. I would love to see someone answer this question like this.

Because, of course, we all have challenges. We all have times when it doesn’t feel as smooth as other times before. Or let’s say, we had. But I would love to challenge (!) people imagining they have had a smooth road. A very smooth road with lots of interesting, very valuable situations that allowed them to grow into a better person, better energy, better mindset, better behavior, better perspective.

We’d love to hear more about your work and what you are currently focused on. What else should we know?
My mission is it to empower and uplift as many women as possible in the most powerful way. And in more detail that means to me to support them to become the superwoman they are meant to be via life coaching, content creating and performing in films, theater or using my voice.

So besides being an ACTRESS and VOICE OVER ARTIST who reinvented herself a year ago and is going for powerful POSITIVE roles now, I also created an empowering and inspirational Youtube Mini-Series with my acting friend and Juilliard pianist Paulina Simkin. The 7 episode series is called SEXBOMB & SUPERWOMAN – CAN YOU MANIFEST MR. RIGHT IN 7 DAYS? And best described, it’s SEX AND THE CITY in Real Life meets THE SECRET.

It documents how Paulina went from being frustrated after over 70 unsuccessful online dates to feeling empowered and self confident and manifesting a new boyfriend into her life via Tinder within seven days. Yes, that’s right. It actually worked. And I guided her through it.

What started out as a fun silly idea, turned into a very profound and life-changing experience for Paulina over those seven days. It was amazing to see her energy change, applying all those positive mindset- and manifestation tools I shared with her. And all of that in front of the camera for everyone to see.

So if you watch the series, you will not only witness Paulina’s amazing transformation but also learn fun and simple manifestation tools to attract the things you truly desire. Some powerful guided meditations are included as well for you to test out. The response has been really great and we’ve got 33k views within three months so far. I guess that is pretty good for Youtube beginners.

And my third baby is my SUPERPOWER COACHING BUSINESS. I help ambitious creative women (like Paulina) activating their inner superpowers to become the superwoman they are meant to be and create their most amazing life. As I have experienced it myself.

Once a shy girl, too timid to raise her hand in class, now a confident woman who’s taking action, making things happen and finding thrill in stepping out of her comfort zone. For that to happen, a powerful mindset is key, I believe.

So far, I’ve coached 15 (super)women and (super)men in the creative field (actors, producers, directors, singers, vocal coaches, personal trainers – see what they have to say on my website www.superpowercoaching.org).

And I keep adding powerful tools to my toolbox. I just learned to facilitate One on One Breathwork sessions. Wow! Let me tell you! People leave with „This has been the best experience I’ve ever had“, „wow, how powerful“, or they are  completely speechless. So now I’m looking to combine it with my life coaching program. That’s gonna be a „super powerful“ combination! Creating a powerful mindset plus releasing emotional blockages and raising your energy to new heights with breathwork. So all the departments – mentally, emotionally and physically – are covered for a powerful transformation. Women will experience themselves in a completely new and –wait for it- powerful way! And I hold their hand and guide them through it. I can’t imagine a more fulfilling and rewarding work than this. 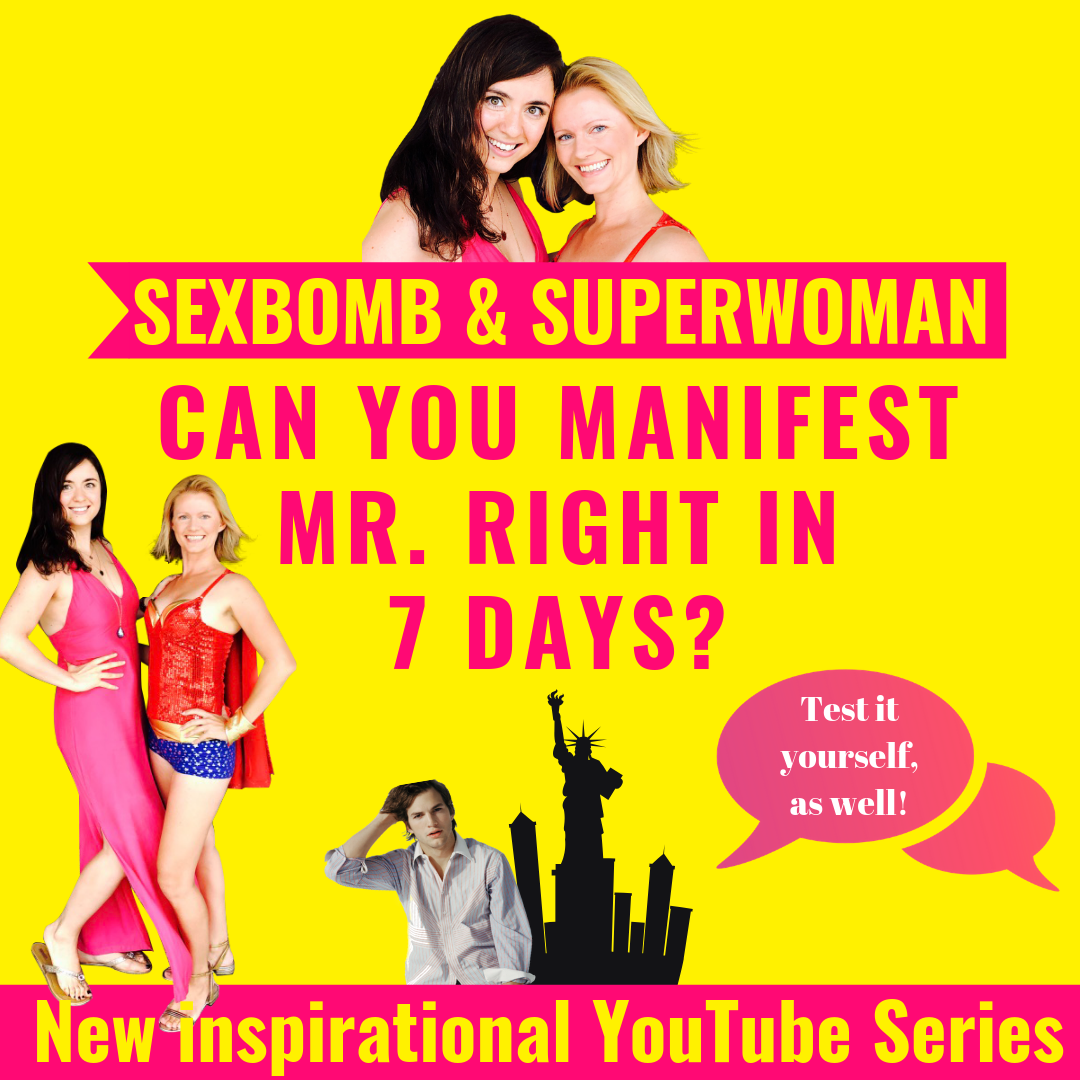 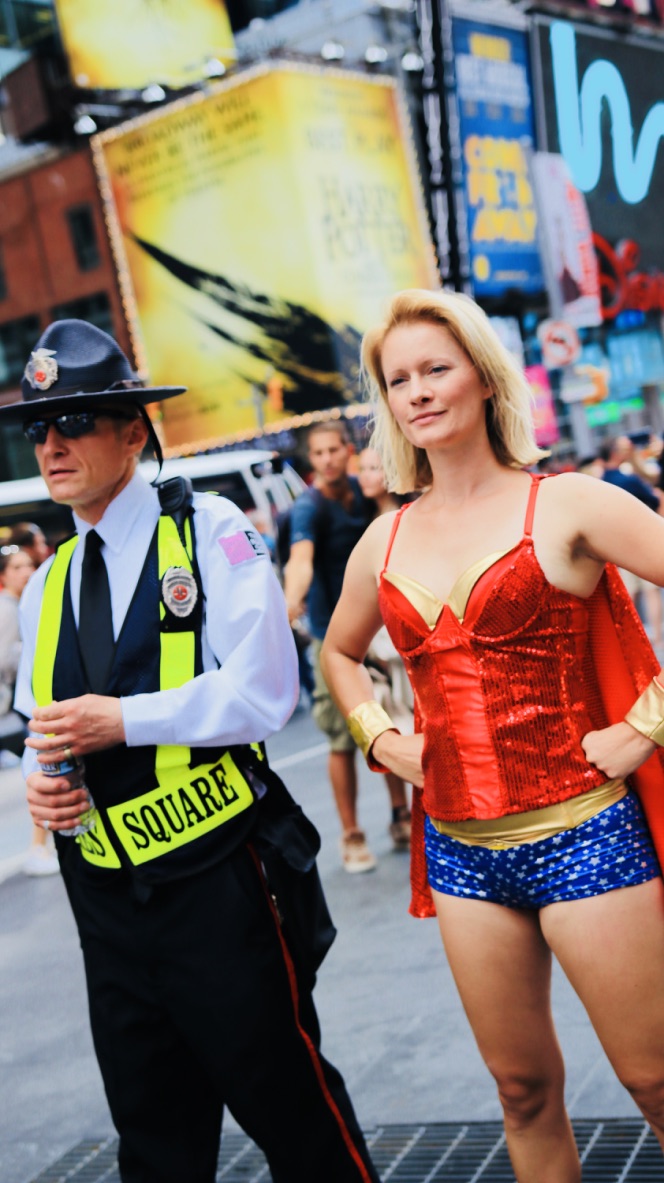 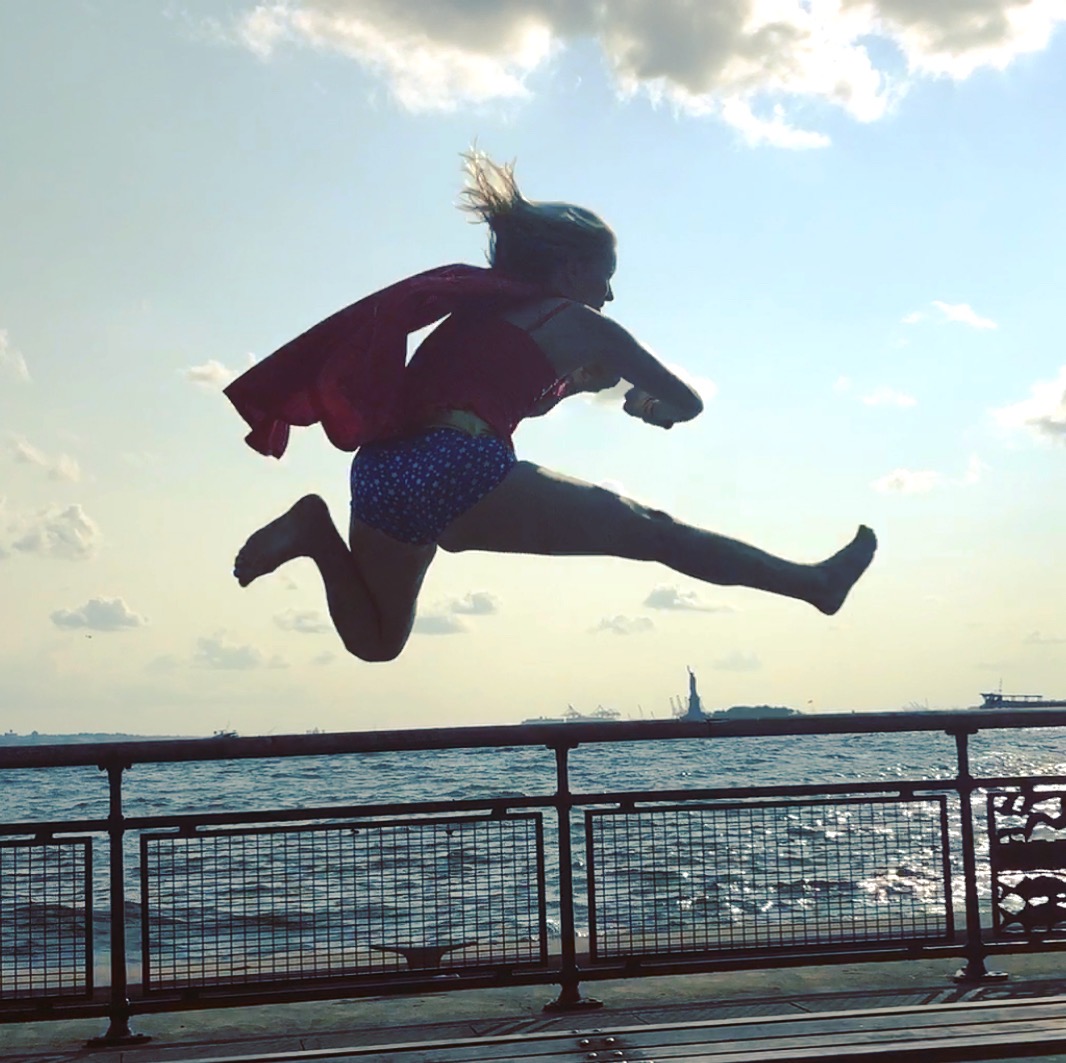 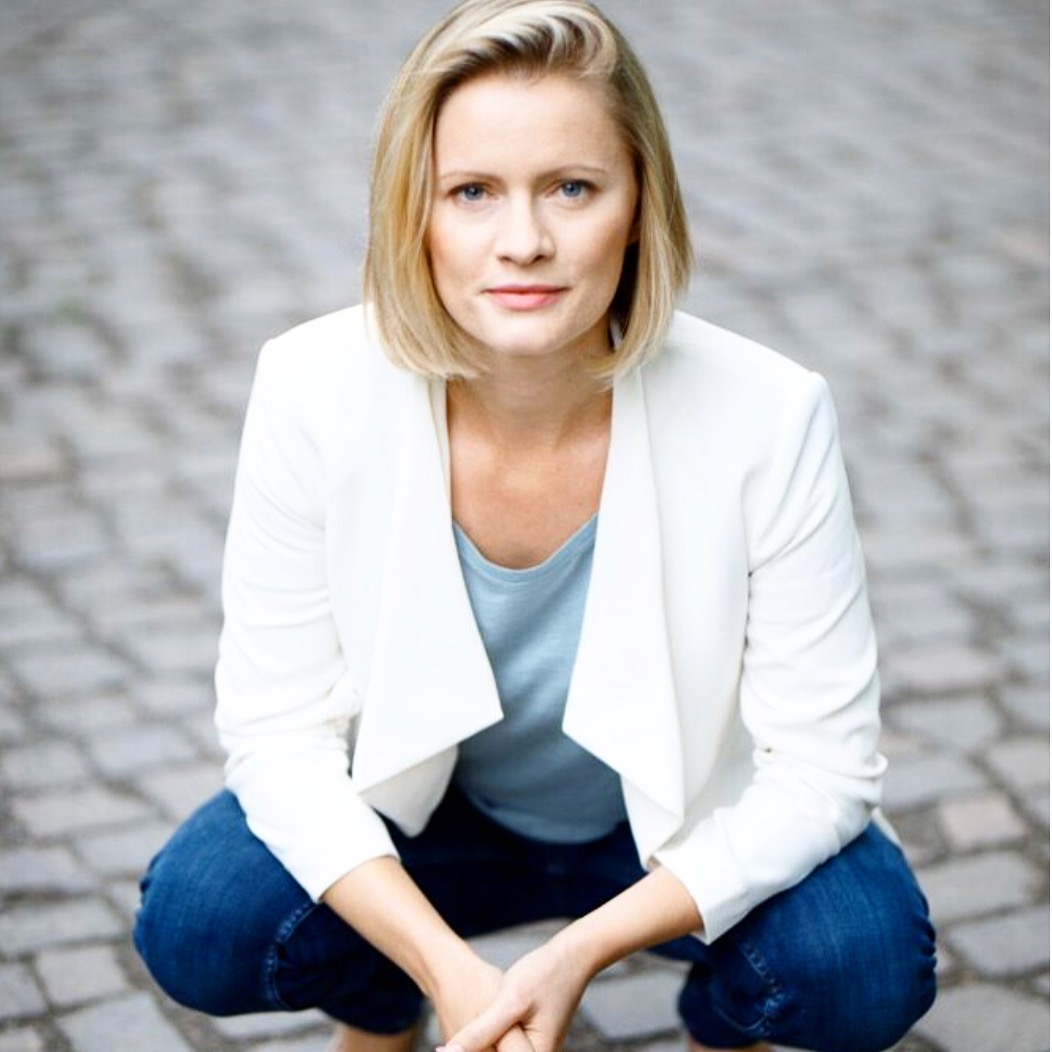