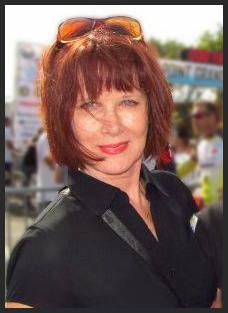 Today we’d like to introduce you to Clare Cameron.

Clare, can you briefly walk us through your story – how you started and how you got to where you are today.
My grandmother was a very brave lady, who came up from the Cape of Good Hope on the wagon train with Cecil John Rhodes, the founder of Rhodesia. Their journey took over four and a half years and was filled with amazing experiences not unlike early American pioneer settlers. The country changed its name in 1980 to Zimbabwe, and I am proud to be a 3rd generation Zimbabwean.

I completed my education in Zimbabwe and left soon after college to explore the world, just like my grandmother had done many generations before. I moved to London and got involved in the world of television, forming my own television production company, Shearer McCormick. The company contracted with ITV (then the 3rd largest network in the UK with 16 channels) to organize, produce and present and sell their quarterly television show schedule to clients and advertisers. My company also helped launch and promote Channel 4, which was the 4th largest television network in the UK.

Subsequently, I went on to co-produce BBC2’s Award Winning Documentary “Eve Strikes Back” which was all about how a woman can use her natural assets and fight back if they are being attacked. Following this documentary, I co-authored a book on the same subject called Taking Control.

I met my lovely American husband Bill Cameron in London. He came home one night and told me that he had just bought a bicycle team from the National Cycling League of America. I remember saying that was really funny because how on earth were we going to afford a team that would need to participate in events on 3 continents? Bill said it was our challenge. We called the team The London Lancers and the challenge became mine.

It was a great experience on how to handle rejection, because whilst trying to raise money for the team, so many people said “no” to me. We traveled extensively with the team in Europe and the USA while they competed with 13 other teams. Finally, on year 3 we made our money back by selling part of the team to a US producer.

I believe that the experience with being the general manager of a team of professional cyclists was what got the attention of the Leukemia & Lymphoma Society and they offered me a job in Los Angeles to run their bicycle and walk teams on the West side. I stayed with the Society for over 10 years and became a Senior Director, eventually moving to the School & Youth program because it offered the biggest challenge to me. When I started with the Department, they were raising just over $163,000 a year. By year 5, I had broken the glass ceiling and my team and I raised over $1 million in pennies.

During this time, I was diagnosed with lung cancer which bought me into contact with Dr. Robert B. Cameron a thoracic surgeon. He operated on me twice between the years of 2003 and 2007 and saved my life. He told me about a research institute that he was involved with who could do with my help in fundraising and that led to me becoming the executive director of The Pacific Heart, Lung & Blood Institute, a 510(c)(3) non-profit organization. I have been with the organization for 7 years and I am proud of what I have managed to achieve. We have 2 labs – the Punch Worthington lab at UCLA and a newer lab on Santa Monica Boulevard and our researchers are working hard on finding better treatments for malignant pleural mesothelioma, an asbestos-related cancer caused by exposure to asbestos and the disease I believe that took the life of my father.

I have certainly had lots of interesting challenges with the PHLBI.  When I started here there were no events and I had to build a laboratory from scratch.  I am pleased to tell you that we now have a great working lab with 2 amazing scientists and recently received a $1 million grant from a foundation to help us continue with our important work.

We put at least 3 events a year.  Our motorcycle ride called The Greatest Escape is in remembrance of Steve McQueen who was in the film The Great Escape and who loved motorcycles.  Sadly he passed away from mesothelioma.   Our event was in June and Fabio was once again our grand marshal.  Then our 7th International Symposium on Mesothelioma will happen again this year at the Renee Luskin Center at UCLA on Saturday September 30th.  Doctors and nurses who attend are eligible for continuing medical educational hours (CME) and patients and their families are also encouraged to attend.  Our 5K walk/hike for mesothelioma will take place on Sunday, October 22nd at the beautiful Paramount Ranch in Agoura Hills.  It is a great day out for the family, with t-shirts, medals, great entertainment, incredible raffle prizes and a delicious lunch.

I look back on my life – Africa, London & America and I am so pleased that I am doing something to help make a difference in the world. My only regret is that I did not get into charity work earlier in my life, but then again, I needed my previous experience to prepare me for this challenge.

Great, so let’s dig a little deeper into the story – has it been an easy path overall and if not, what were the challenges you’ve had to overcome?
We at the Pacific Mesothelioma Center view the legal profession as the well-paid “superstars” of asbestos litigation. We believe that lawyers are obligated to give back by providing substantial funding for research and patient support. Identical to the concepts of “NBA Cares,” “Google Gives Back,” “American Airlines Giving” and “eBay for Charity,” the direct beneficiaries of the misfortune of individuals who were exposed to asbestos have a moral obligation to “pay it forward.” This philosophy allows us to accept donations from anyone, including lawyers, without providing anything in return.

Without harboring ill will for anyone, we encourage those who live in comfort from income reaped from asbestos litigation to just help!

Mesothelioma is a huge business. Everyone wants information, but it’s important to understand how vulnerable patients are when seeking help online. Misleading information, promises of doctor matching and clinical trial referral services often serve as lures.

We are proud to be associated with Dr. Robert B. Cameron who is senior professor of surgery at UCLA, Head of the Comprehensive Mesothelioma Center of Excellence at UCLA and chief of thoracic surgery at the West Los Angeles Veterans Administration. He is one of the scientific advisers at PHLBI.

We are the only non-profit in the USA that conducts its own in-house research. Unlike most charities, researchers have to apply for grants and if their funding is not renewed, very often they have to leave their research on the shelf. We see our research through from concept to completion.

What moment in your career do you look back most fondly on?
I believe it was raising over $1 million in spare change for The Leukemia & Lymphoma Society. I had set myself this goal over 5 years and I worked really hard on making it happen. It meant lots of visits to schools, lots of assemblies, lots of phone calls, lots of counting of pennies, working with student leaders and encouraging them to raise funds for the cause.

When I started at LLS, leukemia was a death sentence to many children. By the time I left a decade later, childhood leukemia survival was at around 75%.