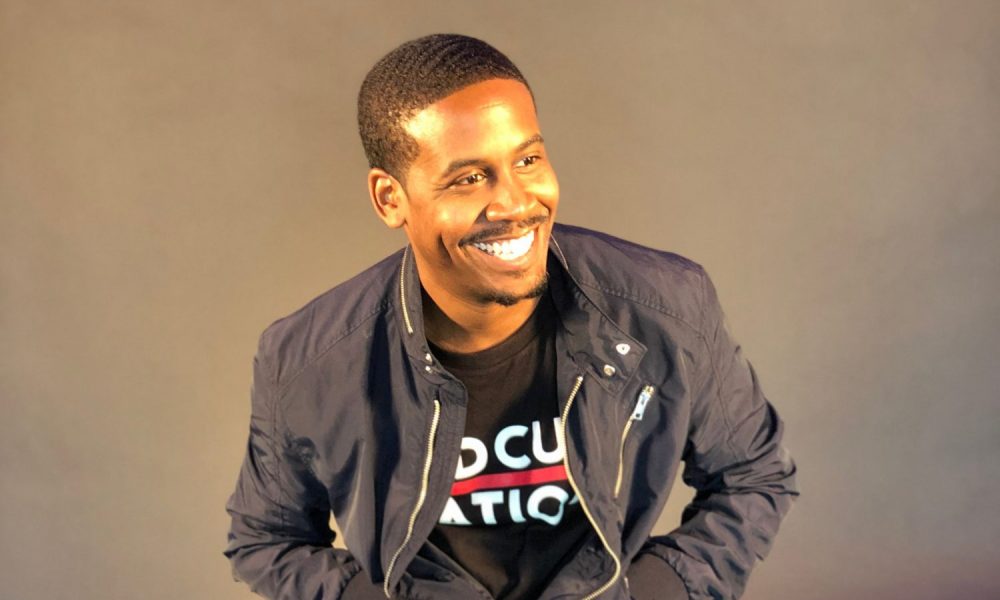 Today we’d like to introduce you to Chuck Walton .

Thanks for sharing your story with us Chuck. So, let’s start at the beginning and we can move on from there.
I started out interning for BET in 2010 while attending Howard University (The Mecca). It was my first job in the industry, I worked in the production department and mainly assisted on The show “Sunday’s Best”. From there, I ended up landing an internship with The Washington Redskins which was dope because sports is my true passion and football is my favorite sport. I was able to work gamedays for The Redskins and made tons of connections working in the media relations department. In the midst of this, my mentor at Howard Mr. Ed Hill Jr reached out to me and asked me if I was interested in broadcasting the Howard Football games, something the school had never done live and hadn’t done since the mid-’90s. I accepted and became the official voice of Howard Sports, handling the play by play and color commentary for Howard’s Football and Basketball teams.

Soon after, I started making a name for bringing my wild personality mixed with my sports knowledge to the broadcasts and we were able to start monetizing the live streams. That’s when I had my first interview with ESPN 980 which is the home of The Redskins and the station that launched names such as Scott Van Pelt, and the home of The Tony Kornheiser show. They hired me in late 2012 and I started working there as a board operator and reporter.

Next, I decided that since I was making even more connections with pro athletes and media maven’s by working as a reporter at The Wizards, Redskins, Nationals, Capitals and Orioles games, I figured it would be wise to start my own blog, which I did called “The Elite Insiders” I started gathering writers and reporters from around other HBCU’s who I would recruit while traveling with the Howard sports teams. We ended up receiving credentials to everything from The BET awards to The ESPY’s and NBA Playoffs. All this led to me being featured on CNN in the spring of 2014 with Don Lemon and Poppy Harlow. Once that aired, my life took off, my boss at ESPN then asked me to be on-air doing the SportsCenter anchor updates and then I received just about every job offer I could dream of and I decided that fall to take a position with the NFL Network in Culver City, CA, which is how I landed in LA.

After my time at the NFL Network I took a role as an associate producer with TMZ Sports (shout out to Van Lathan and Michael Babcock) At TMZ I was able to make even more headway in the industry by meeting several top athletes and celebs and also being able to bring in top talent that I had formed relationships with over the years to do stories with. In the middle of all of this, I had finally gotten a call back from a team I had negotiated with for over a year and they had made me an offer to join The Golden State Warriors as “The Voice of the team” in which I lended my vocal abilities to The Strength in numbers series which initially was supposed to be for one season (The 2014/15 championship season) and ended up becoming a 4 year run and was the ride of a lifetime (3 championships) I had a unique situation where I was able to maintain my TMZ role and navigate my time with The Dubs in the Bay.

After my 4 years run with The Warriors, it was time for a change and I accepted a role at LeBron James’ Uninterrupted as a podcast producer. During my time at Uninterrupted, I ended up being noticed for my industry connections and had my job title switched from Podcast Producer to Athlete Relations Coordinator where my day to day consisted of booking top talent to appear on the Uninterrupted platform for everything from Podcasts to The Shows and digital content that the company produces.

And lastly, my most recent venture is into the entrepreneurship lane as I have launched my own management company, Academy Management Group this past May 2019, in partnership with my business partner Larry Drew II. Academy is a full-service management, marketing and consulting group which specializes in delivering top brand opportunities to top talent and we also handle the day to day operations for our clients (many of whom will be named at our launch party this winter) This industry is definitely a journey and I’ve been extremely blessed to have had all these great memories and I’m looking forward to making many more in the future

Great, so let’s dig a little deeper into the story – has it been an easy path overall and if not, what were the challenges you’ve had to overcome?
The road is never smooth, but it’s not supposed to be. I’m from Chicago, Illinois so I grew up knowing that adversity will come in anything you’re trying to achieve, but I’m built for it. Some of the main struggles along the way are things that I’ve had to deal with internally and figure out a way to get past. I always remembered an old football coach of mine would tell us “Excuses are the nails the build the house of failure, so don’t make them.” I can easily blame somebody else for the roadblocks along the way, but for me, it’s all about keeping a positive attitude and keeping great energy around me and I can overcome anything. Some things are out of your control too. Like I lost my best friend to suicide when I first moved to LA, that was hard for me especially adjusting to life in LA and also navigating a job at a top network. Like I said, being from Chicago I’ve lost a lot of people along the way that started on this journey with me, but I know God has a plan and I’m just living to inspire with each win that I do get on the board.

Academy Management Group – what should we know? What do you do best? What sets you apart from the competition?
For me, anyone that knows me I’m sure will tell you “Chuck knows EVERYBODY.” LOL, so the reason I started my own company was so that I can start to monetize my own relationships. I’m a big fan of the show Ballers (Shoutout my homies Kris D Lofton and Donovan Carter, go tune in every Sunday and support).

But on the first season, The Rock’s character says that they pay him to monetize his relationships. That’s what I’ve learned over the years, instead of making these other companies rich off my connections, I can keep that money in house and also it allows me to work with a lot of these top stars that I don’t see as “celebs” I see them as family and I hear them complain all the time about their agencies, and managers, etc. so I wanted to be able to help because I have a knack for “closing the deal.”

I feel I can get my clients into any door or any room by the way I move. I built most of my relationships by using my charisma and being genuine with people so over time they always tend to look out for me and provide me opportunities that I can bring to clients for their gain. I’ve always had the gift of gab and also my work ethic, I know that it takes more than 40 hours a week to see true results. Hustlers don’t sleep we rest one eye up! What sets me apart is I’m always hungry for knowledge, I go talk to my parents and my mentors and try to see where I need to improve so that I can level up. I know that when you feel you reached the top, you can always get better and reach new heights, so I try to never get complacent and I think that sets me apart.

What moment in your career do you look back most fondly on?
My proudest moment would be being able to take my Father to Game 7 of the 2016 NBA Finals on Fathers Day via The Job! That’s what I work for, to be able to share these experiences with my loved ones. My dad opened all these doors for me and taught me everything I know so to be able to have him fly to Oakland for Game 7 the year we won 73 games was a blessing (even though we lost, that damn LeBron Block and Kyrie 3 killed us LOL) but, its still a memory I won’t forget. Growing up my dad would take the whole neighborhood to games and be able to finally return that favor was my proudest moment. 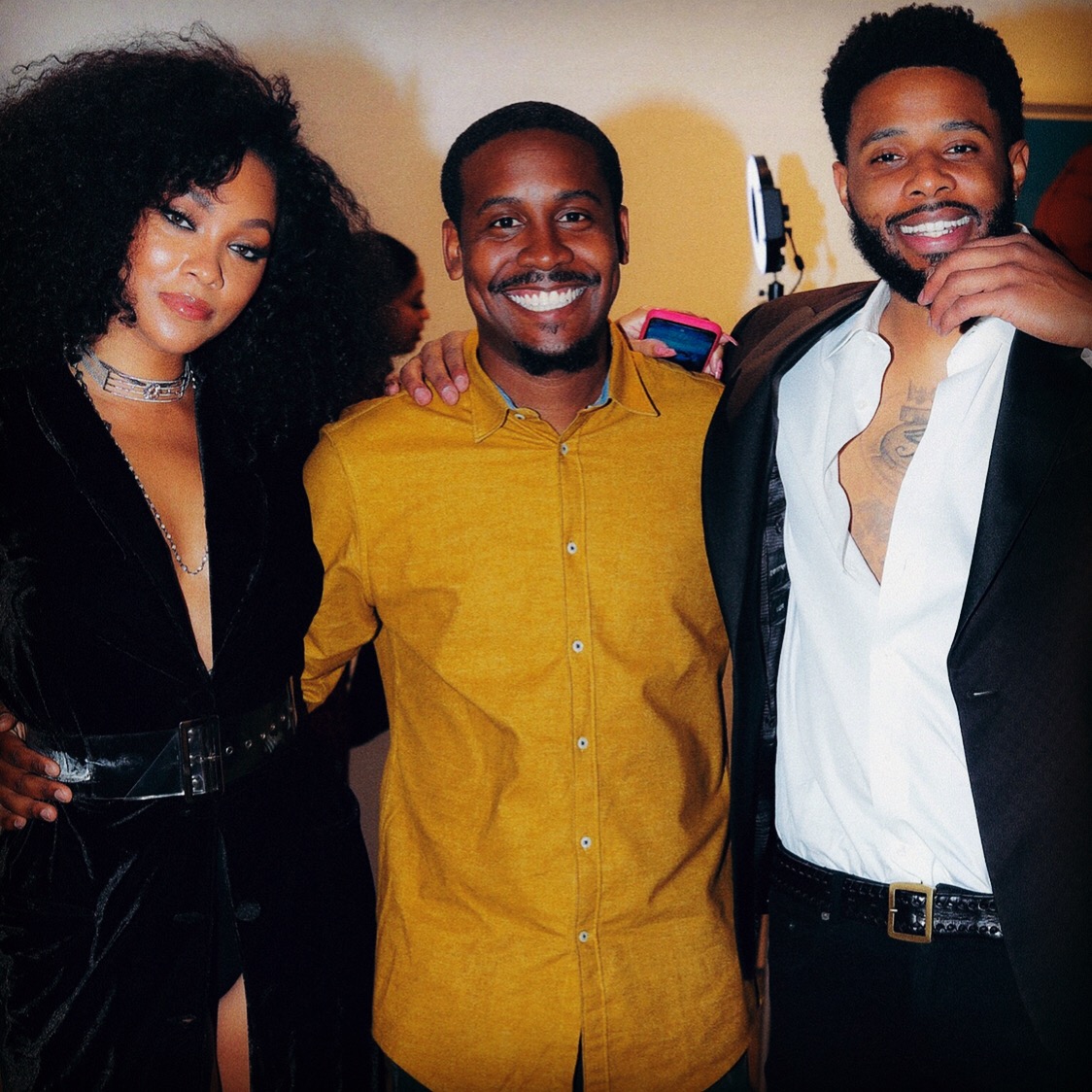 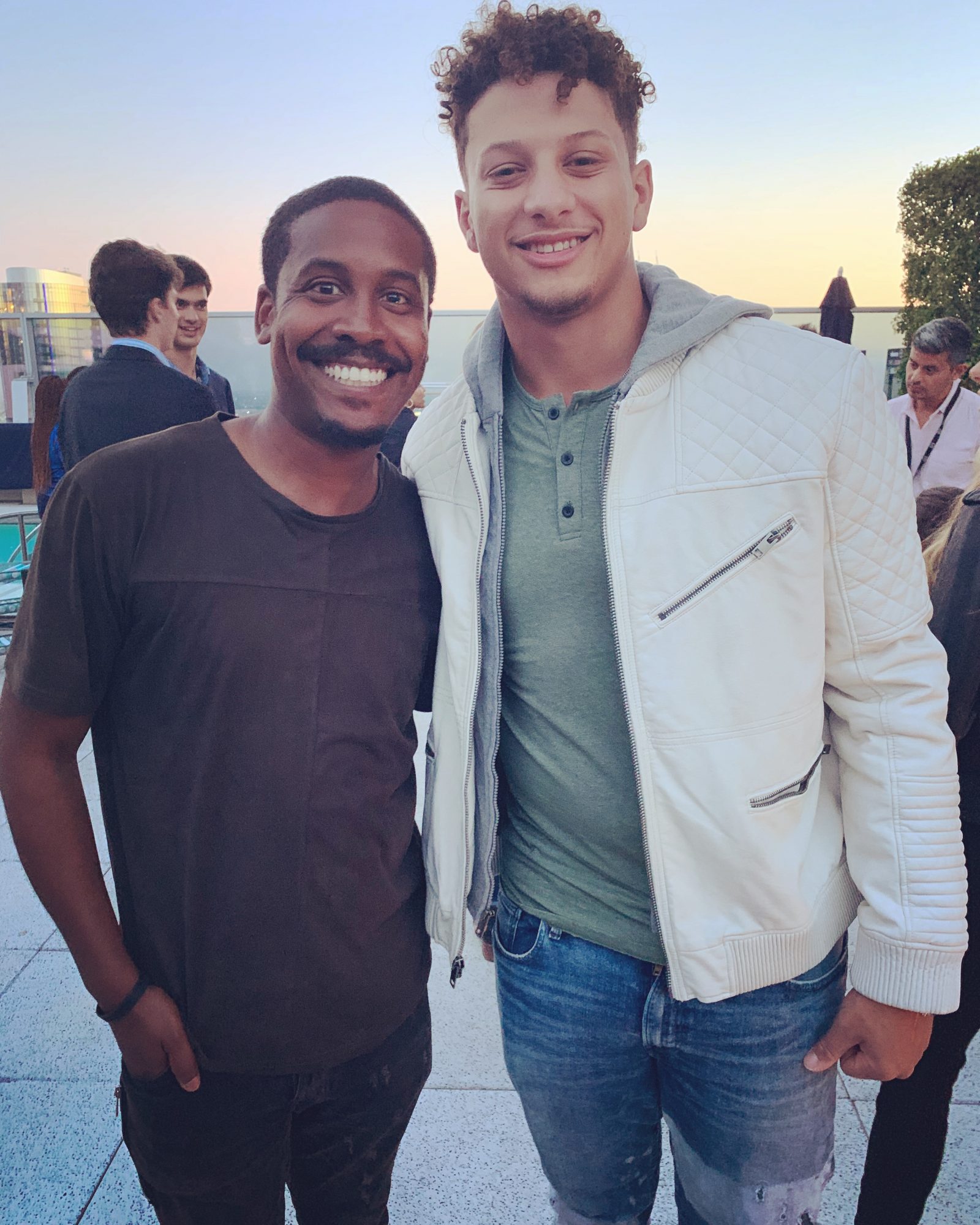 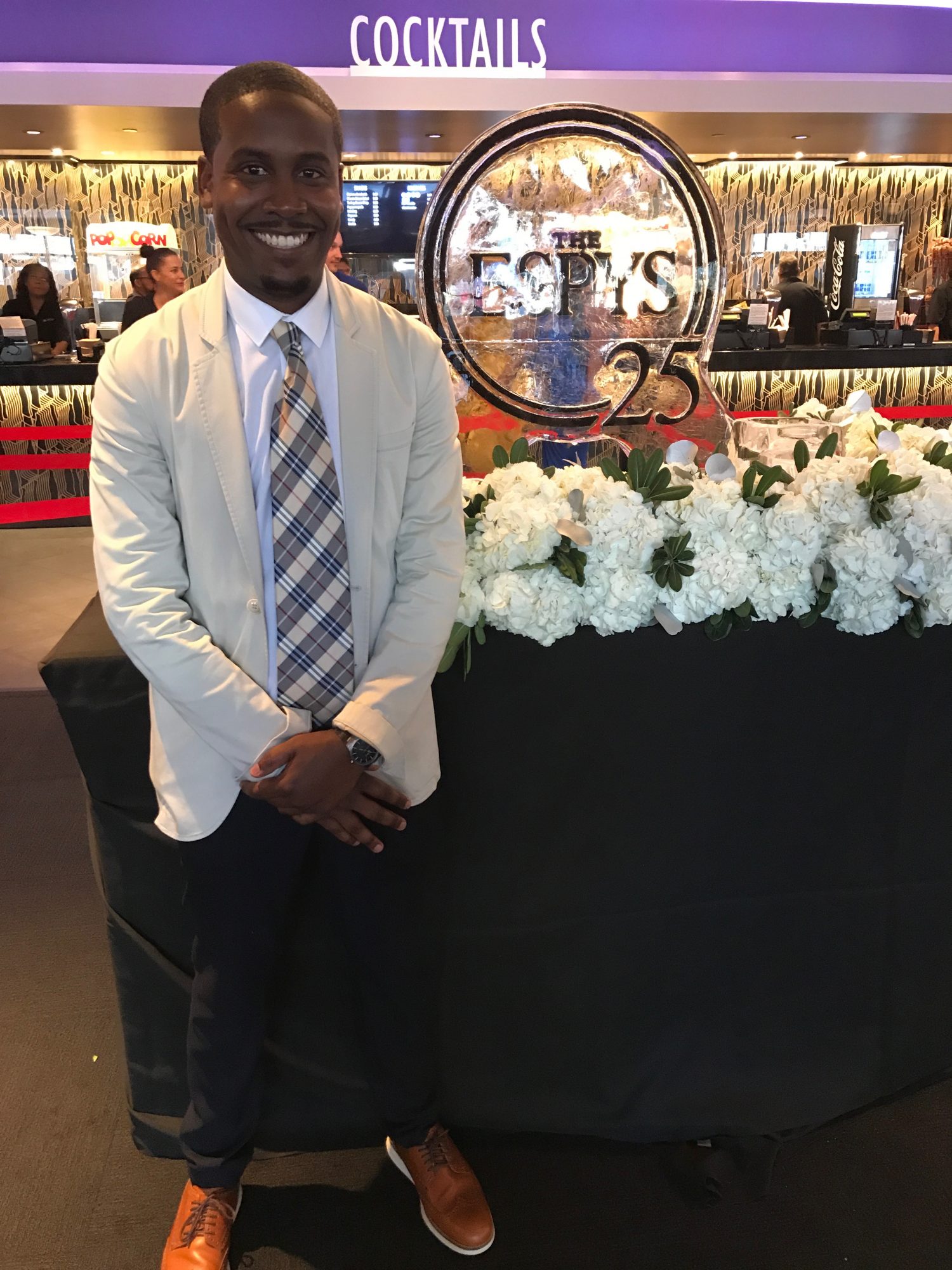 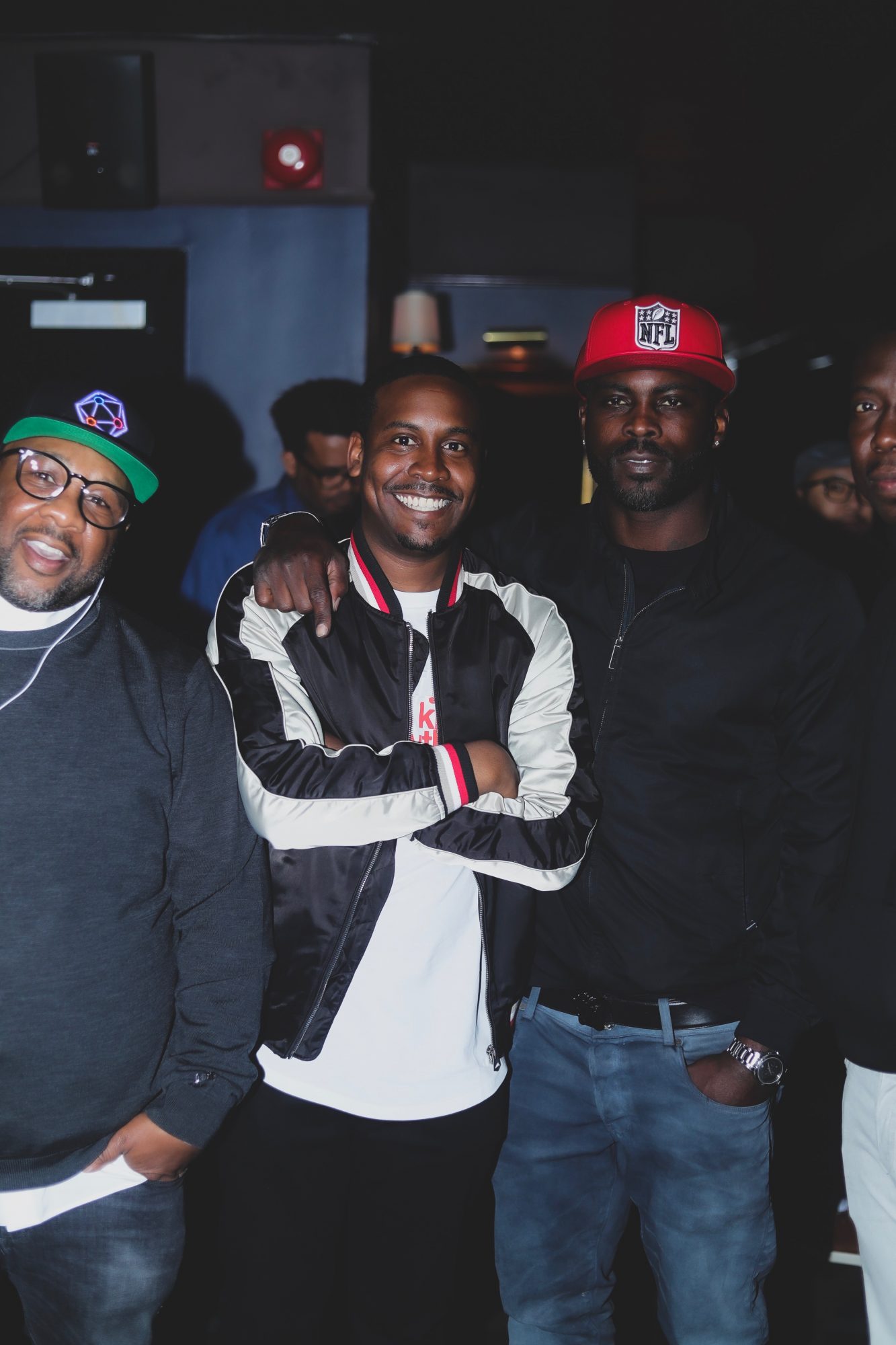 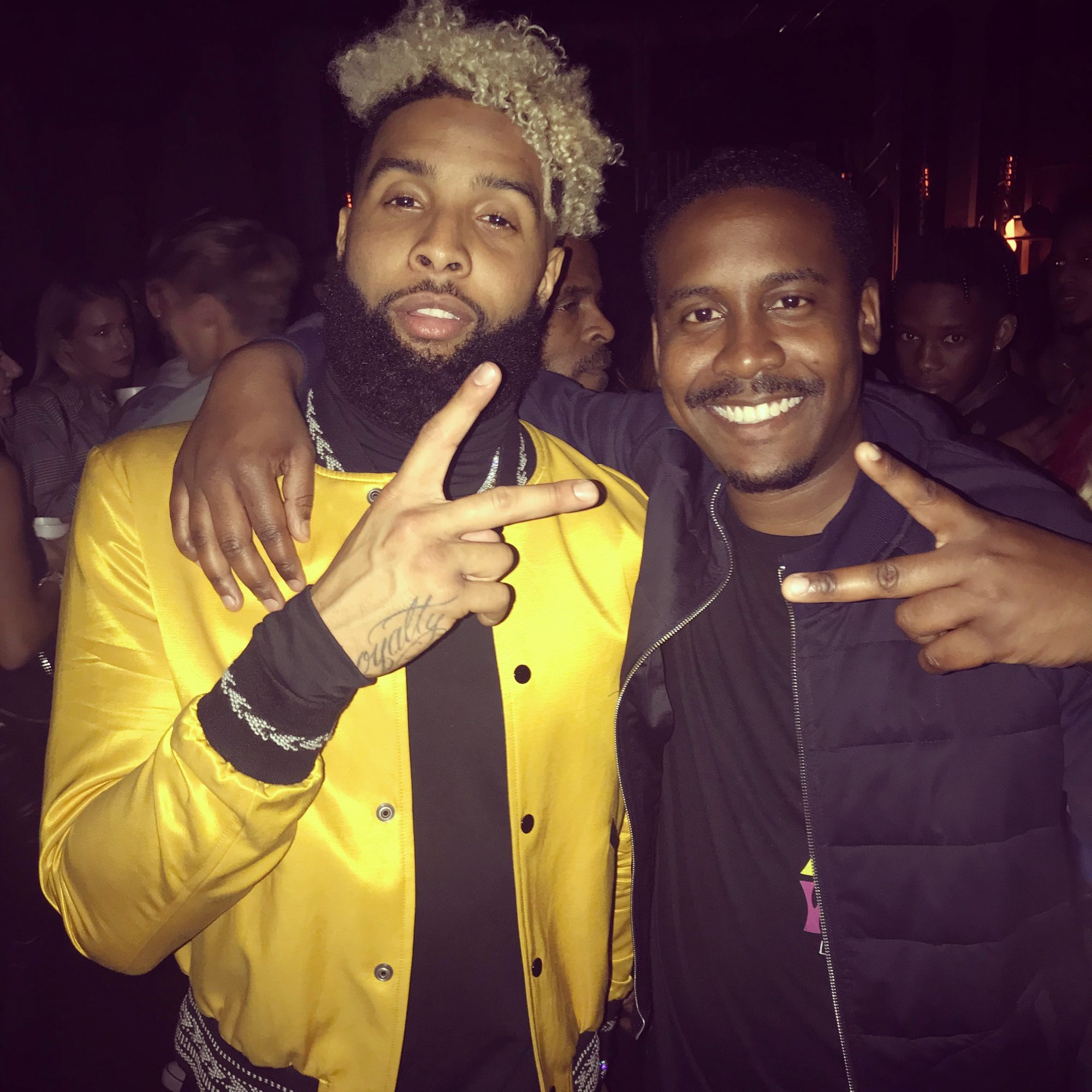 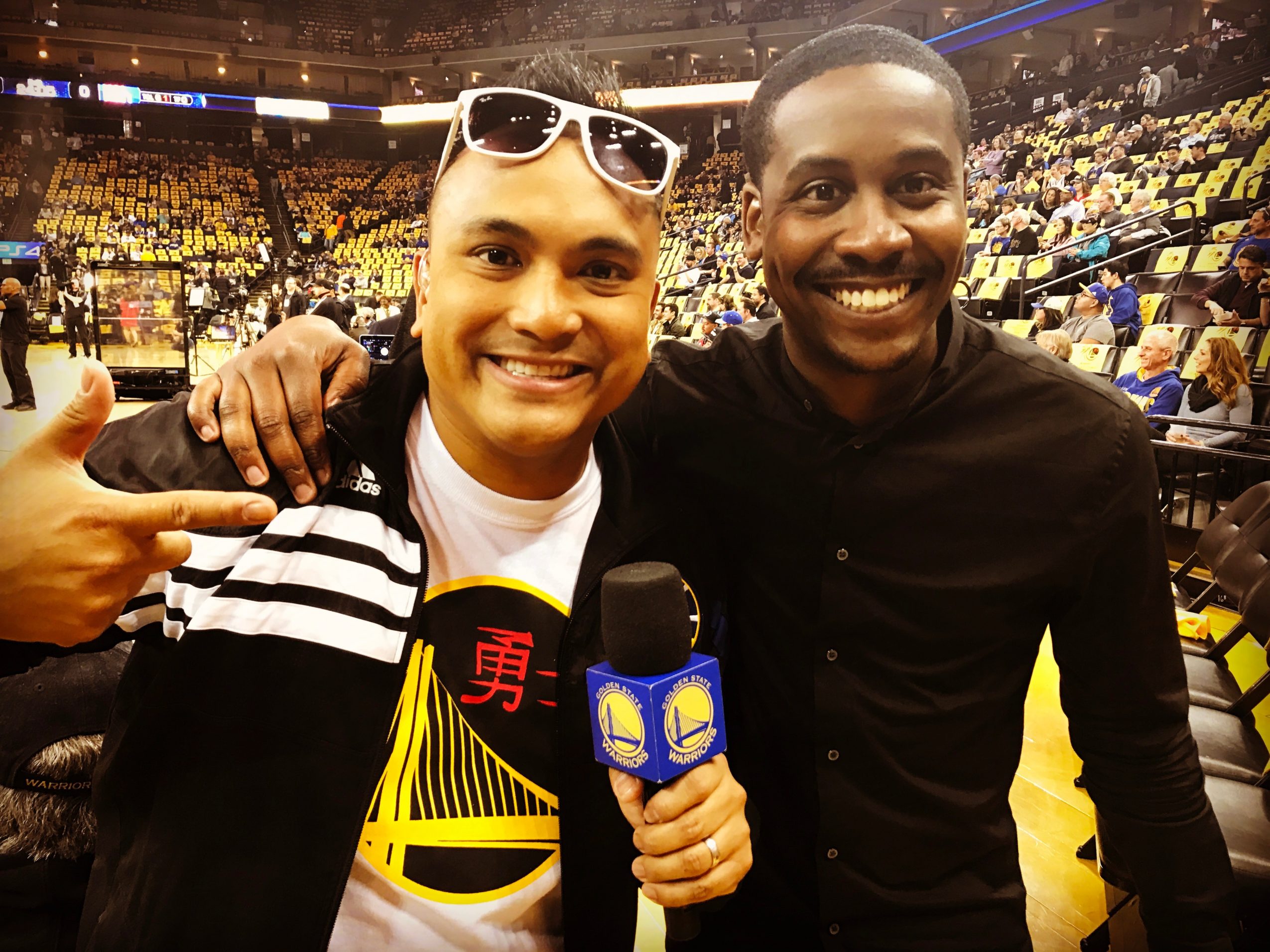