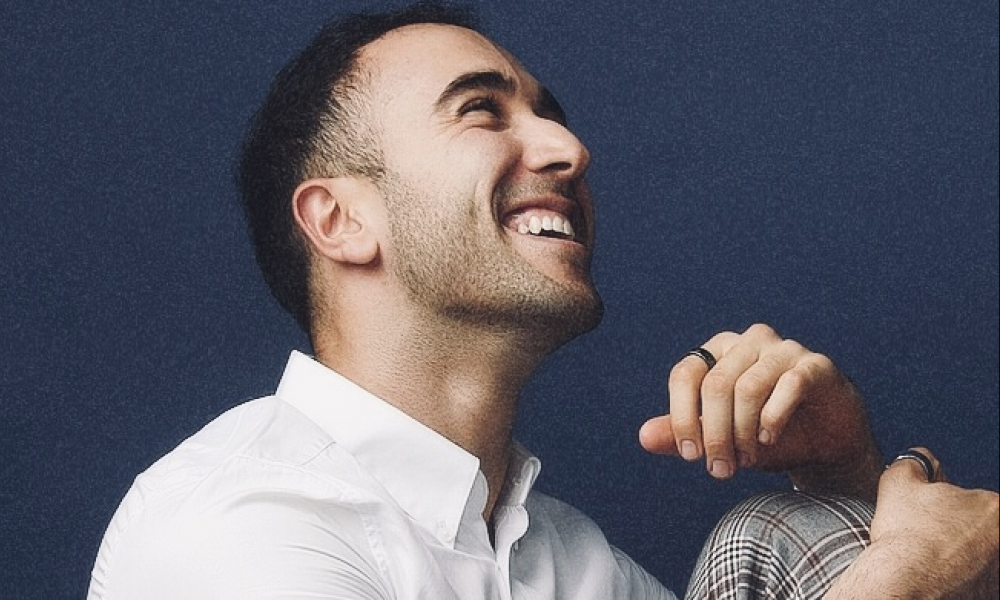 Today we’d like to introduce you to Christopher Tsattalios.

Christopher, before we jump into specific questions about your work, why don’t you give us some details about you and your story.
I was born and raised in Sydney, Australia. Growing up in a family that was heavily into the sport, I wasn’t aware of my passion for dance yet. I didn’t go and search for it, it kind of found me. I was asked to go to a friends dancing concert at age five and when I sat in the audience that day I was amazed at what was going on. I had never seen anything like this, the colors, costumes, lights, and movement – I fell in love instantly. from that moment onwards I asked my parents to put me in after school dance classes  and have never looked back. That quickly evolved into singing and acting classes too. I wasn’t always the most talented one, it took me years to apply what was in my head to my body, I had a lot of work to do, but I had a lot of love and commitment and that lead me to where I am today.

We’re always bombarded by how great it is to pursue your passion, etc – but we’ve spoken with enough people to know that it’s not always easy. Overall, would you say things have been easy for you?
It has most definitely not been a smooth run. Growing up being the overweight kid, I was often laughed at for being a dancer. I would go to auditions and sometimes have the panel have a giggle at me while I was auditioning. It was extremely hard and caused me to have a lot of body image issues. It wasn’t until I went to Brent Street in Sydney AU, things changed for me. I was surrounded by the most mind blowing talent (students and teachers) that I knew I needed to make a change quick smart. From that moment onwards I had put my head down and focused on my future. I never socialized, I would spend hours researching dance history, I would create vision boards and write down all the goals I wanted to achieve. I didn’t go to a performing arts high school but any free time I had I was in my school hall practicing anything and everything I could to be better and put in the extra work. Since then I have accomplished what I have wanted and made new goals along the way. I have had a lot of ups and downs in my career thus far, major highs being on incredible movie sets and television series and performing with some of the worlds biggest music icons, and some lows where work stands still, no income coming through, living overseas and struggling on my own to losing my beautiful mother whilst chasing my dreams in LA. It has not been smooth, but throughout the struggle, I have managed to pick myself up out of the dark times and find the light again. I’m just never willing to give up if I believe in something.

We’d love to hear more about your work.
I am a professional dancer here in LA. I started my career in Sydney 10 years ago when I was just 18 years old. I am so proud of how far I have come. Some highlight in my career include XFactor Australia where I performed in multiple episodes for years. I have filmed multiple movie musicals which is what I love most. I have worked with artists including Ricky Martin, Janet Jackson, Katy Perry, Gwen Stefani, GRL, Kylie Minogue, Natalie La Rose, Lil John, Daddy Yankee, Havana Brown, Jessica Mauboy, Maluma, Delta Goodrem, Jessica Mauboy, Sam Sparro, Dolly Pardon & Paula Abdul to name a few. I was a top 20 contestant on SYTYCD Australia. It was such an epic and once in a lifetime experience. My judges for that season were Aaron Cash, Jason Gilkinson, Shannon Holtzapfell & Paula Abdul . . . I’m currently working on Paula Abdul’s Las Vegas Residency as one of her dancers which has been such an awesome experience. Paula Abdul has been one of the biggest learning experiences in my career so far. I’m blown away by her talent, her commitment, her dedication to her work, she has shown me a whole new level of hard work. I’m very grateful for her. On the side, I have done a lot of assistant choreography work which has led me into so many new pathways and has been such a great learning experience. I have been lucky enough to work with some major choreographers including Kenny Wormald, Robin Antin, Brian Friedman, Kelley Abbey, Cris Judd, Marko Panzic, The Squared Division, Jason Gilkison, Tessandra Chavez, Kenny Ortega, Liz Imperio, Galen Hooks, Tyce Diorio, Matt Lee, Debbie Allen, Nappy Tabs & many more. These achievements make me feel extremely happy and lucky to be doing what I love. All these people and events have shaped me into the performer I am today and have helped me establish myself in this industry.

What were you like growing up?
Growing up, I was very outgoing. Happy and bubbly – nothing much has changed. My head was always in the clouds dreaming of performing and entertaining ha! I was always very emotional too, I used my performing to express how I felt when I couldn’t in person at times. On the side I did play soccer because my family was heavily into it I was kind of good but whenever I scored a goal I would jump into the splits and hit a pose so I was for sure in the wrong line of work there haha. 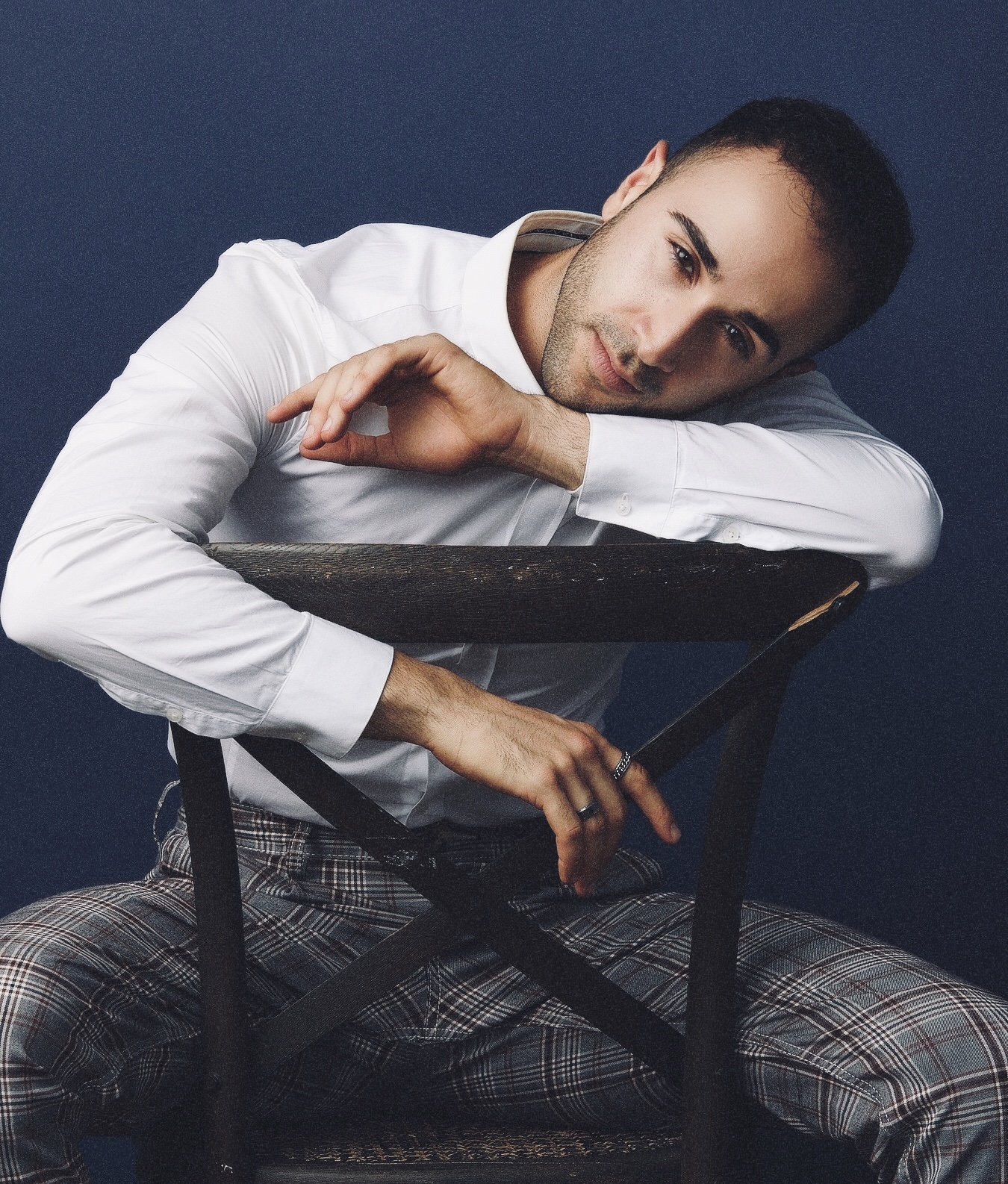 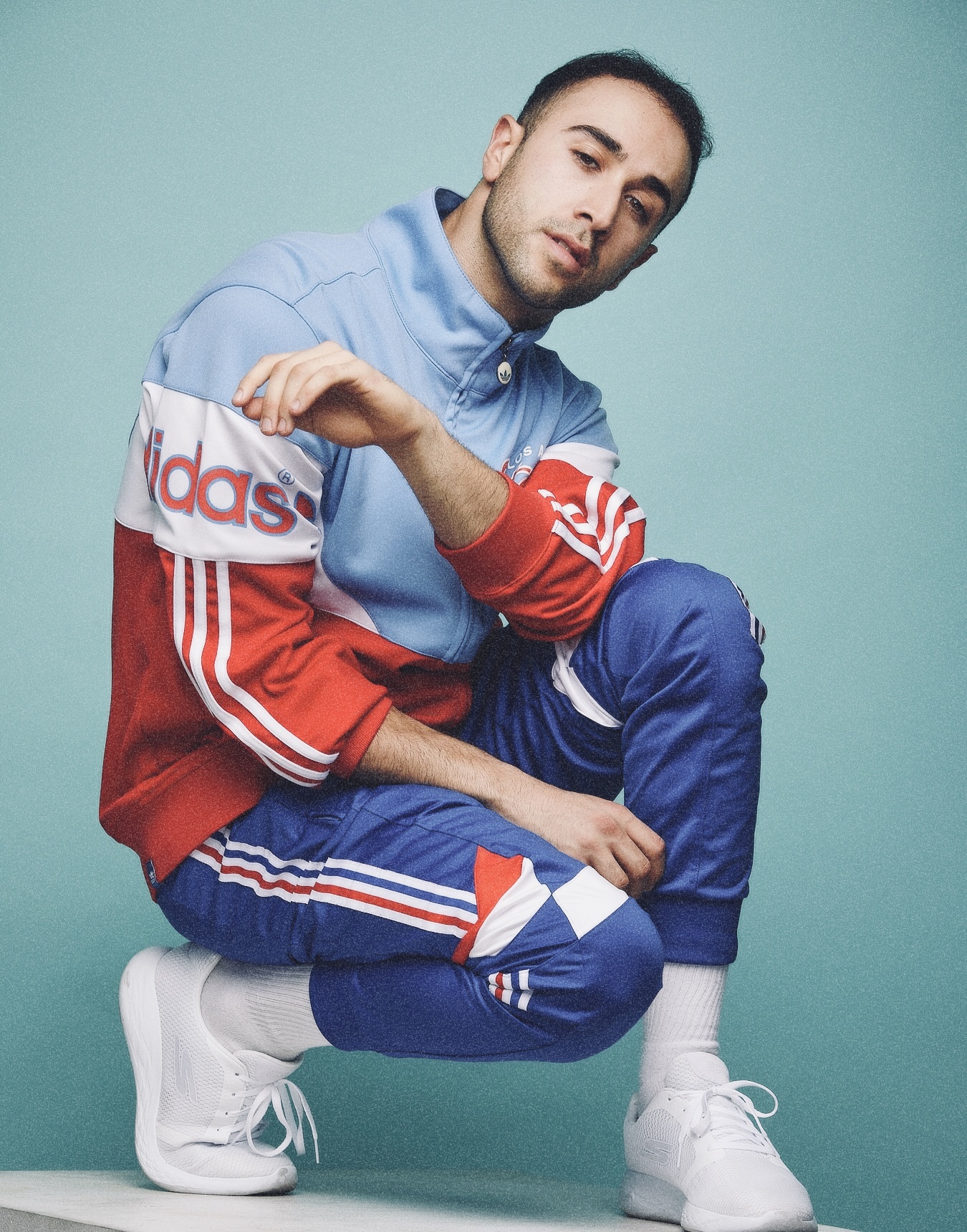 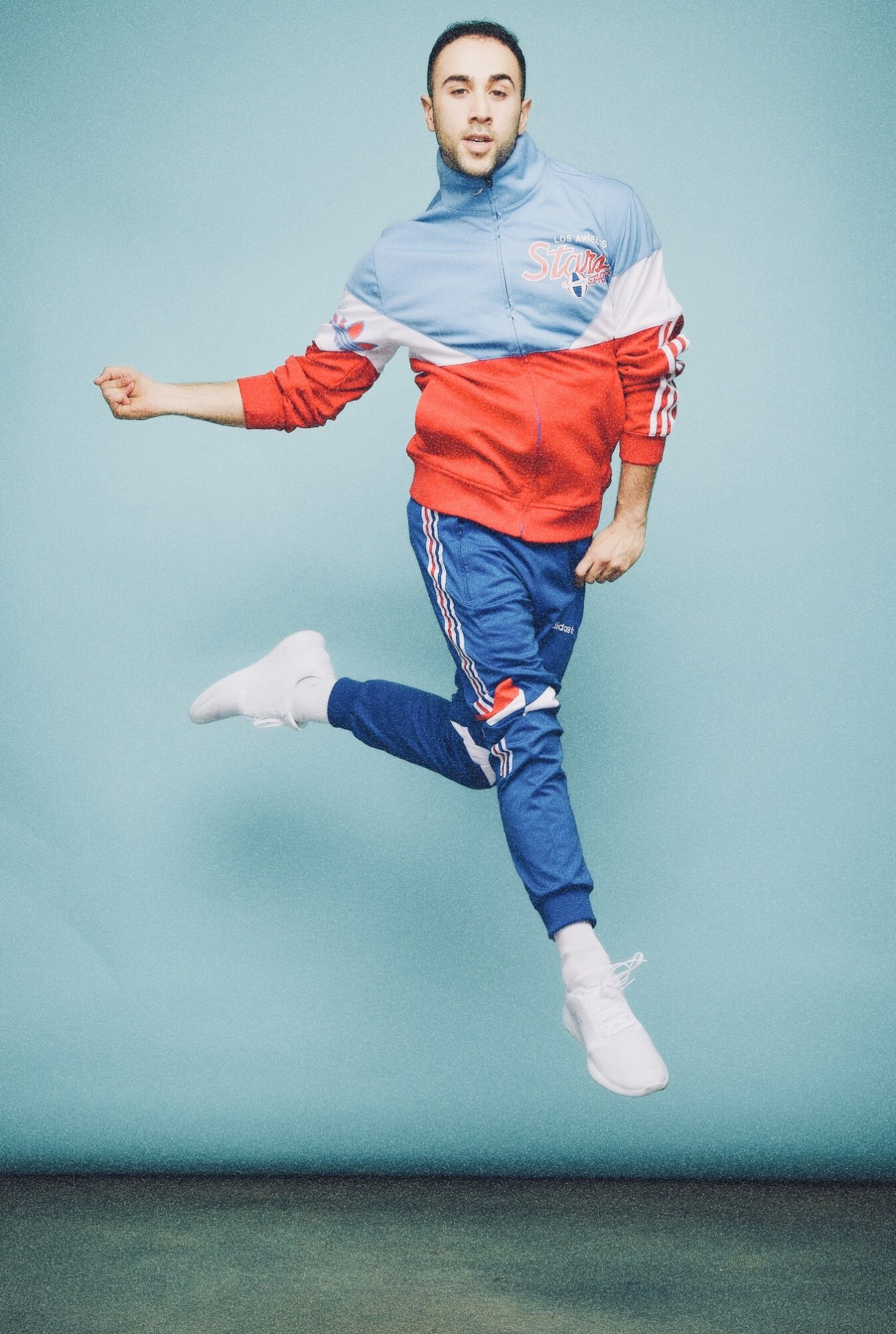 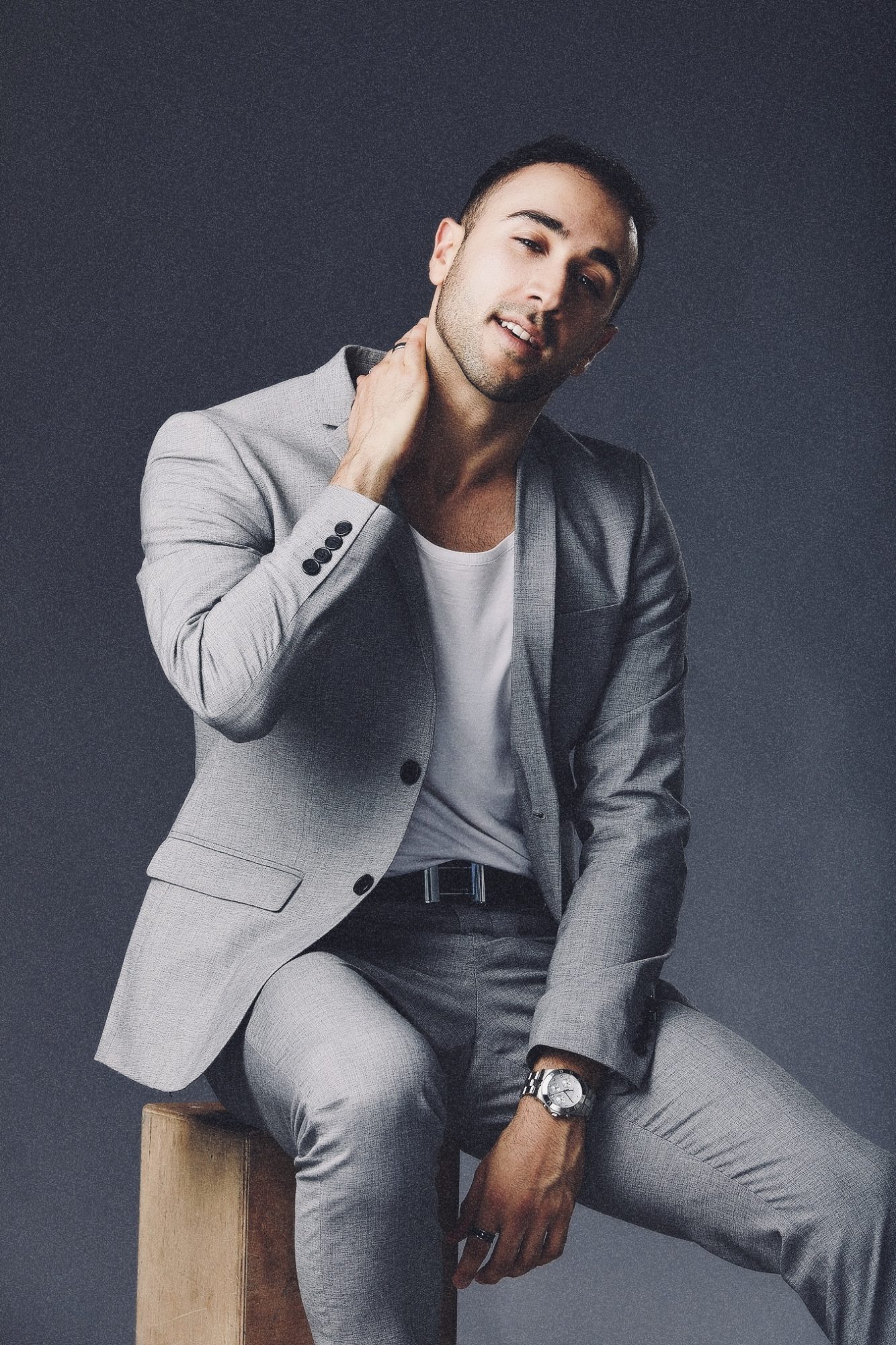