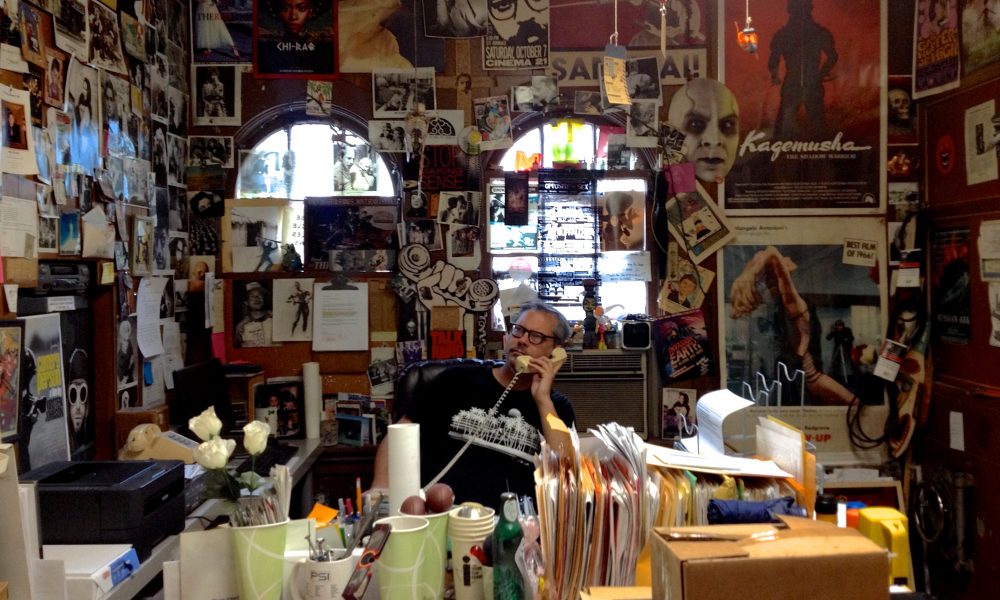 Today we’d like to introduce you to Christopher Tenzis.

Hi Christopher, thanks for sharing your story with us. To start, maybe you can tell our readers some of your backstory.
Martin Scorsese’s After Hours changed my life. I saw it when I was fifteen. From her loft window, Kiki drops her keys to Paul. To emphasize the accelerating danger of jangly, spiky metal hurtling towards our protagonist, foreshadowing the rest of the debacle that he would endure for the rest of the film, the camera becomes our point of view while the editing stretches space and time so you don’t quite know how close the keys are before they impact. That was the single most exhilarating moment I had experienced in cinema. After the film was over, I spent hours in the library pouring over articles about Scorsese, who I hadn’t heard of because I was a kid. He pointed to other films that influenced his visual language, like Shane for the dissolve forward of Paul as he ascends the stairs to meet Marcy, The Red Shoes for the pan to the window as he’s sitting on the bed with her. Scorsese was creating language with existing film grammar and a conceptual continuity linking his work to that of his predecessors, like a tailor who wants the seams to be visible not only because of his reverence for their beauty but also his humility for their history. That’s when I understood cinema. And that’s when I decided, for better or worse, my life would be devoted to cinema.

In what way specifically did this experience impact your creativity?
In my own work, as well as the films I exalt, I am attracted to cinema that has veneration for the medium, that flaunts the tailoring—I’m bored by realism and seamless filmmaking—that reminds the viewer that when cinema goes beyond our natural vision and hearing, it heightens our sentience. Sometimes, there’s nothing more beautiful than a well-placed freeze frame. Or cross dissolve. Or both! But my goal is to create otherness that elicits a visceral and emotional experience so when the film is over, the viewer returns to their own reality with a new awareness and emotional vulnerability.

What have been some of the struggles along the way?
My Achilles heel had always been my insecurity from repeatedly starting from zero. I’ve always felt like a beginner, no matter my progress. Then I read a bit of Buddhism and it turned out that I’d been doing everything right because even success arrives at a new beginning anyway. Zero does not imply absence or emptiness because each beginning is built on previous experience and wisdom. Zero, which is inevitable, means improvement and, also inevitably, success measured by the amount of occurring growth. This took a long time to understand.

What do you do?
I’ve been working in animation for quite a while. I had auditioned to act in a short film directed by someone who worked in the art department at an animation studio in Portland, Oregon which led to a job there in post-production. I became an assistant editor, then edited animatics for a series called Gary & Mike, then edited The PJs with Eddie Murphy and now I’m at Sony Animation. I count my blessings that I am able to work during this pandemic since animation and editing can be done remotely. Post-production pays for my own films. My first short, A Man and His Pants, premiered at SXSW and my current film, Big Touch, has been playing at festivals, five Academy Award qualifying fests and two BAFTA, since August. I honestly love short formats of all kinds, love commercials, love trailers, because sometimes in order to make a quick impact, abstraction is required and that’s where I excel.

What are you most proud of?
Well, I’d say my new film, Big Touch, but it’s important to credit the entire team for its success, especially my cinematographer, Lim Teck Siang. We had already worked together on four films by other directors when he asked me to write and direct a short. He understands how cinema can be sensual and textural, so we wanted to make a film about the potency and healing power of touch. It’s about a giant woman who touches a tiny man through whom they both experience a transformation. It gets powerful responses from audiences since COVID has crippled our ability to touch one another.

Why did you want to make Big Touch?
I grew up with a family that touched. When there was a shared laugh, it was met with a touch. When there was conflict or miscommunication, it was met with the same loving touch. No matter if the other person’s emotion was hurt or joy, the same touch applied because touch was a way to communicate empathy, a shortcut to say, “I feel you.” We all carry our suffering with us all the time. Sometimes our painful feelings are so loud that we cannot hear the joyful feelings which we also carry with us all the time. But that circuit can be broken, if temporarily, by another person’s touch reminding us that we are not alone. Big Touch is an expression of that relief.

What sets you apart from others?
I believe that mystery is the basic element in all art. The screen is the superior way of expressing dreams, emotions and instinct if a free spirit is at the helm. Luis Buñuel felt that cinema was invented for the expression of the subconscious. In 1960, he wrote an essay that concluded, “But that the white eye-lid of the screen reflect its proper light, the Universe would go up in flames.”

What advice would you give to a new filmmaker?
If you genuinely want to incite change, the filmmaker must start with the subconscious. Make people FEEL. Want to change the world? Be narratively obscure but emotionally direct. This is the role of mystery. All that matters is emotions. Béla Tarr says that a film is mostly images, sounds and a lot of emotions while the story is merely covering something.

When a literal film is made, one that has a clear message about how the world should be and how people should behave, not only does it repudiate that human behavior and emotions are interminably pendulous, but it panders; and to what end? It amounts to a lot of finger-pointing and virtue signaling, yielding a woke culture whose dark side is an unrepentant, obdurate cancel culture. I’m telling you, in order to incite change, you must start by reminding people that they can feel, that they are worthy of feeling, especially love. Of course, that first requires the filmmaker to feel worthy of love. Love isn’t a state of perfect caring, mind you. It is an active noun like “struggle”. To love someone or yourself is to strive for acceptance right now. It starts with you. Start now. Start with love. That’s my advice, for anyone. 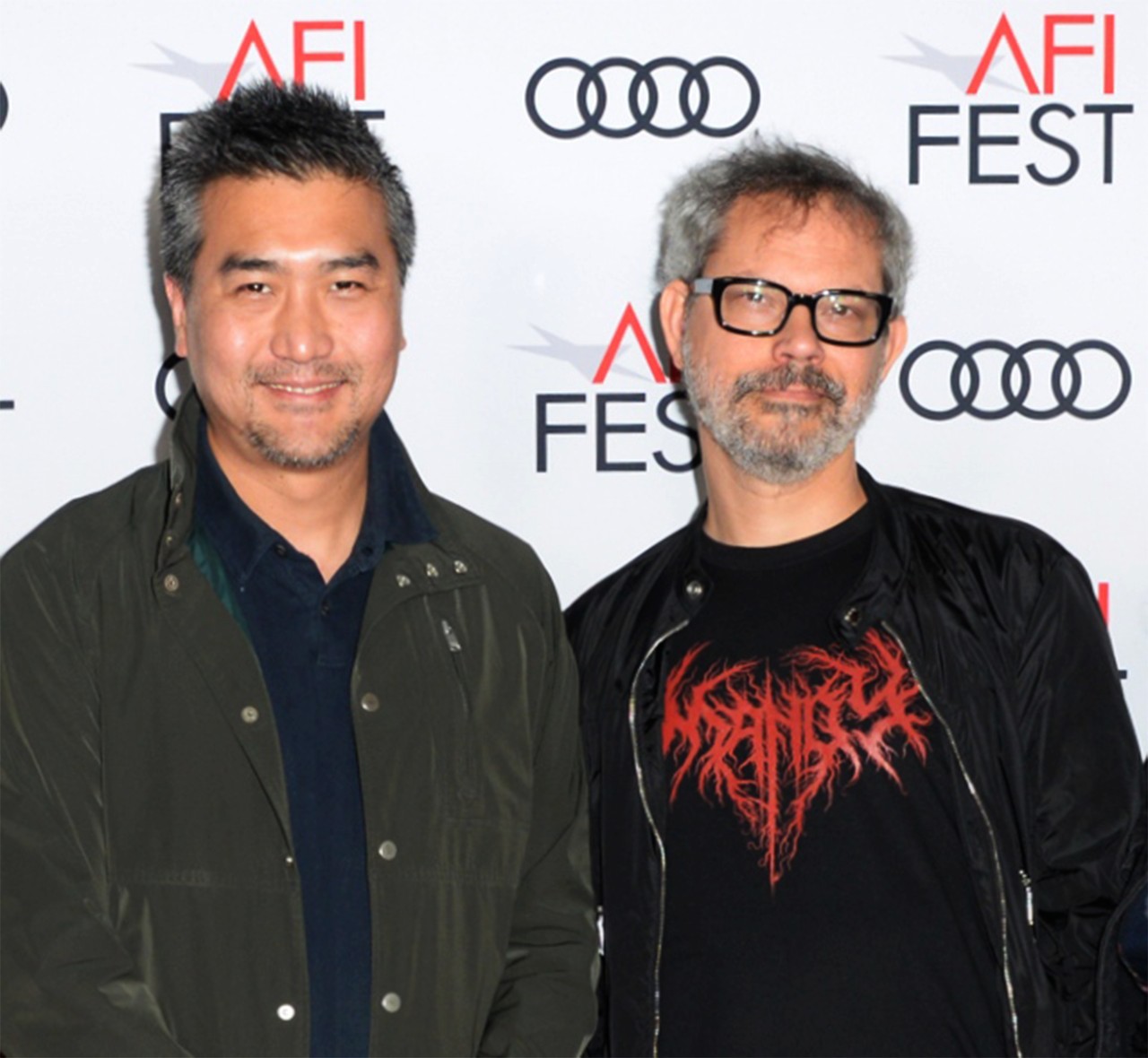 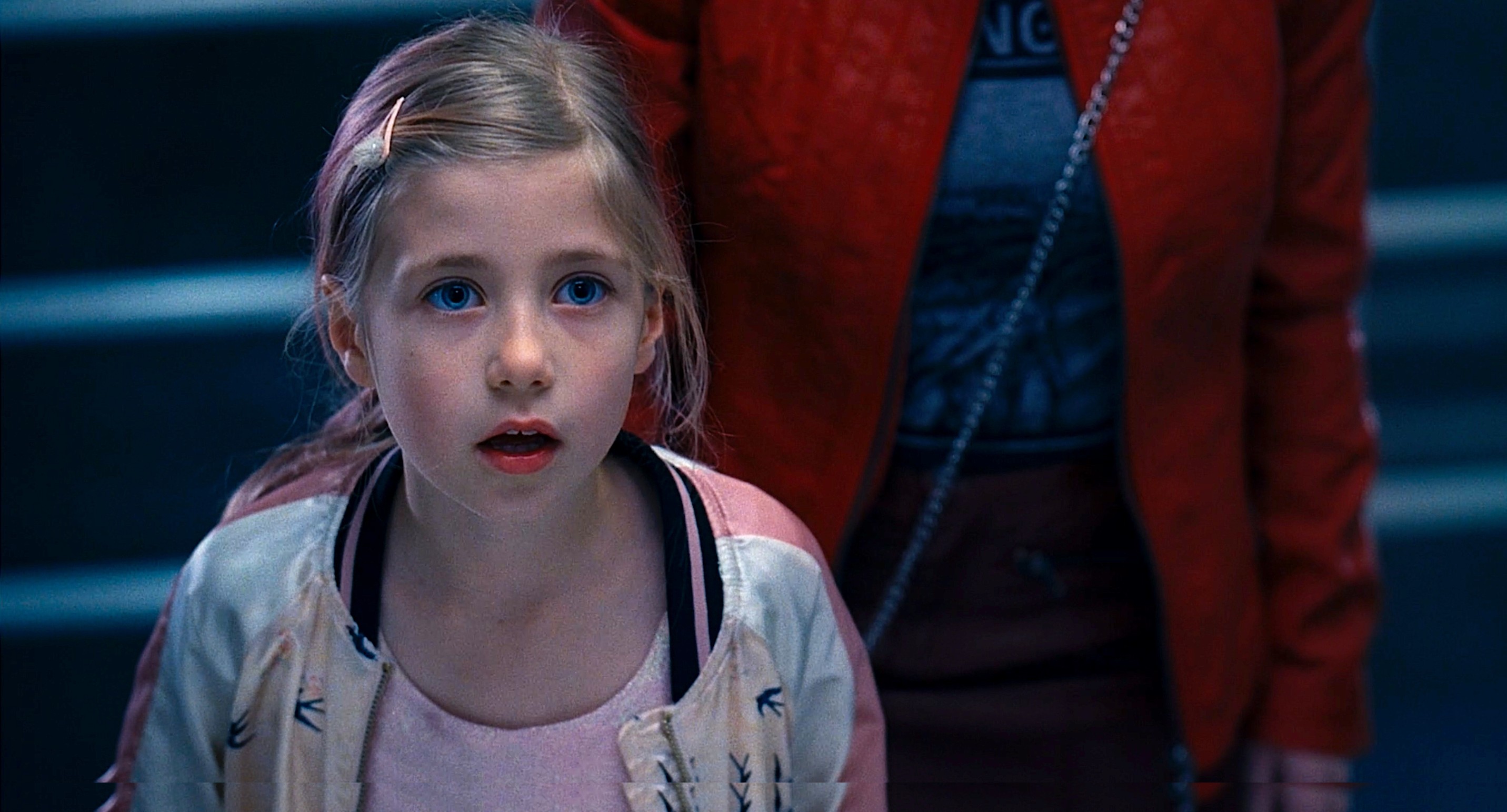 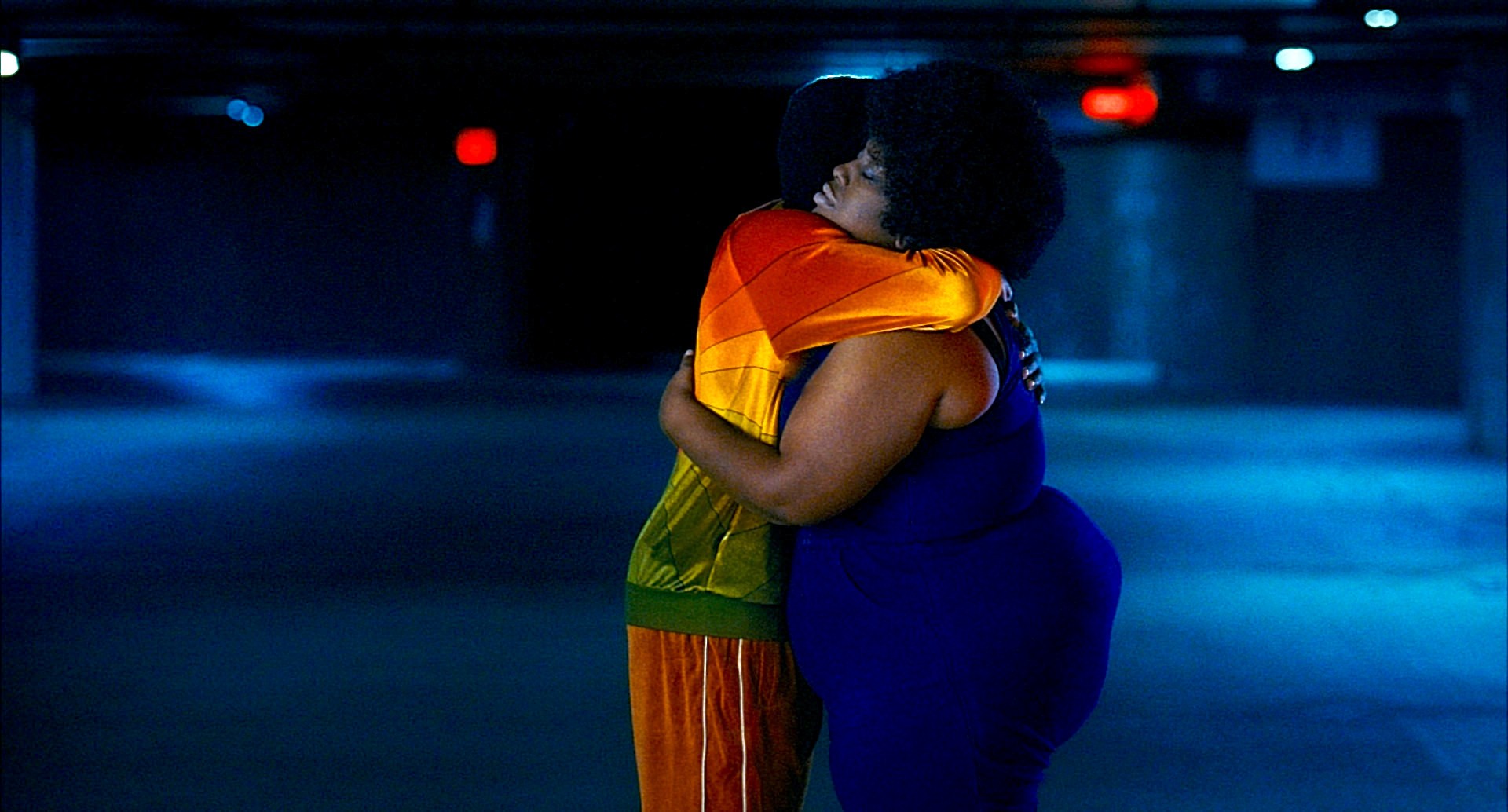 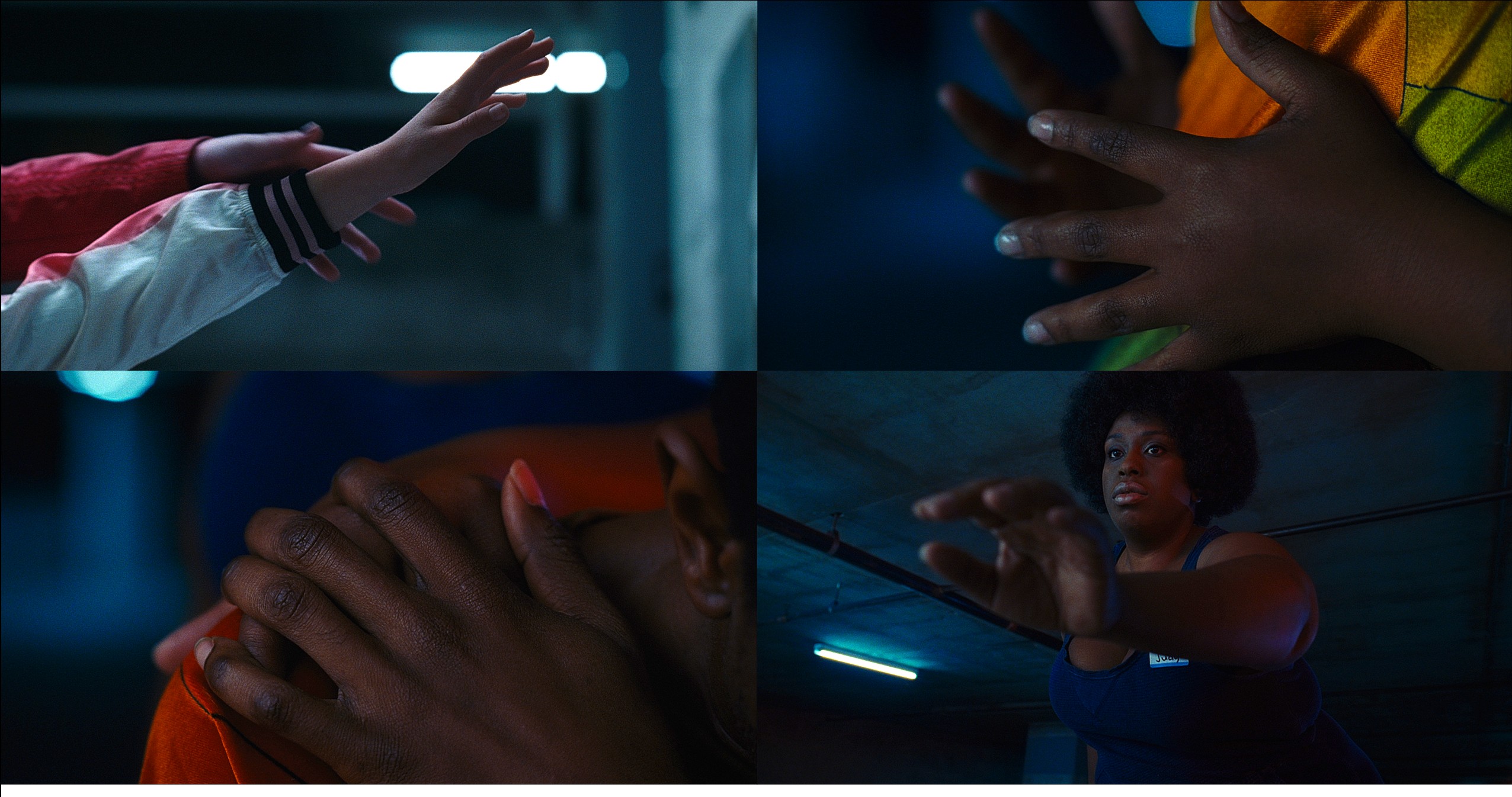