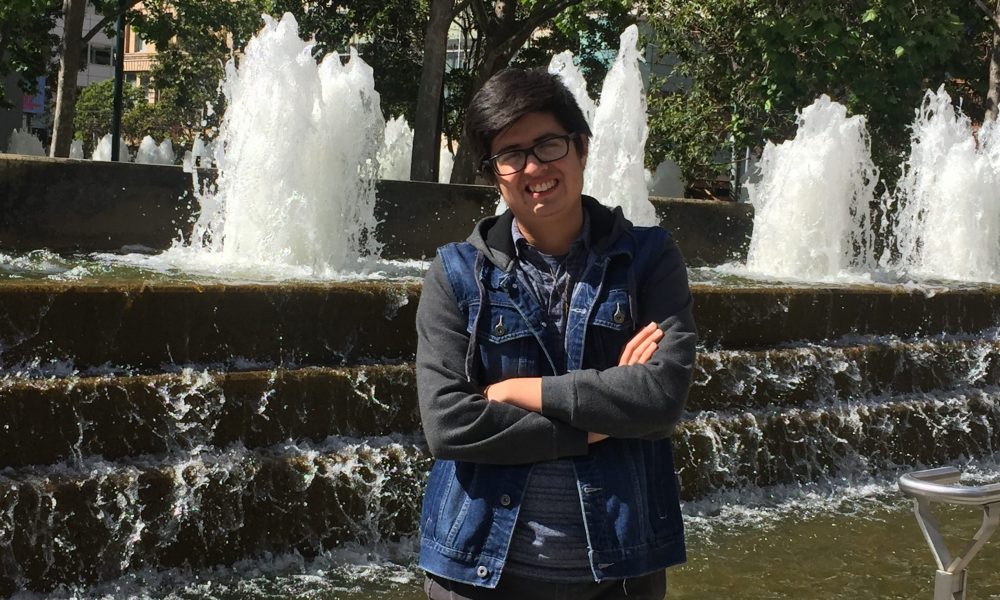 Today we’d like to introduce you to Christopher Soriano-Palma.

Christopher, let’s start with your story. We’d love to hear how you got started and how the journey has been so far.
I was born and raised in Watsonville, CA to immigrants from Mexico City. I was the first in my family to be born in the United States and grew up among the wetlands in a Latinx-dominated community. I graduated from UC Santa Barbara with a double BA in English and Philosophy and then earned my MFA in Writing from the University of San Francisco in 2017.

I became interested in writing during my junior year of high school when I was introduced to Gabriel Garcia Marquez, Carlos Fuentes, Isabel Allende, and Pablo Neruda in a Spanish Literature class. Having grown up in a Spanish-speaking household, I was able to connect more with their stories than those written by F. Scott Fitzgerald and Ernest Hemingway. It was the Spanish-speaking world that represented me and made me want to pursue writing as a career and a passion.

After earning my MFA, I spent another year in Watsonville trying to write as much as I could, teaching English at my old high school and giving screenwriting workshops at the Digital NEST, a non-profit devoted to nurturing the youth’s skills in technology. But I couldn’t help but feel like my life was stagnant. I love Watsonville. I love the culture and the memories it has brought me. But I couldn’t help but want to expand my horizons I little more.

My brother was already living in Los Angeles and told me to try coming down. So in early 2019, I packed up my bags and came down to live with him and his family, sleeping on the couch, working two jobs, and putting in as much time as I could to my craft.

Things really changed for me once I moved down to LA. The opportunities opened up almost immediately. I got in contact with a small production company called For All Media Productions who have taken me up as a script reader and wish to produce my scripts. I’ve joined the Latinx Film Collective, a group of ambitious Latinx filmmakers supporting each other to make it in the film industry. And to top it all off, I’ve become the fiction editor for Watermelanin, an online literary journal dedicated to promoting the work of POC and QTPOC. The changes have been immense.

But most of all, I’ve been writing. Almost every day. I am ecstatic to get started on the blank page now.

Of course, I’ve had support coming in from all sides. My parents for raising me. My siblings for putting up with me. My friends for believing in me. Despite how far I’ve come and how far I’m going, I know I would not have made it far without them.

Overall, has it been relatively smooth? If not, what were some of the struggles along the way?
It was definitely not a smooth road.

I have had self-esteem issues ever since I was a child, and I was officially diagnosed with bipolar disorder at the age of 19. I have been going to therapy and taking medication for 8 years now, though I had to stop the therapy for a while because I did not have health insurance. But even with the medication and all those therapy sessions, there are still moments when I do not want to get out of bed. When I dread going to work or school, the only thing making me go is a sense of auto-pilot, where my body is taken over by someone else and forces me to walk out that door.

I had moments when I came back from school exhausted for no good reason, lay in bed for hours, wake up to the darkness of the night outside my window, ashamed to have wasted so much time when I had so much to do. It took a lot for me to come to terms with my mental illness. Because I lived away from my family during my undergraduate years, I had to deal with a lot of it on my own. And, of course, I would not feel like writing and then feel ashamed because I didn’t.

The writing itself is also hard. I have been at work on a novel for almost 10 years now, but five of those were spent on the first 2 chapters. Despite my voracious reading habit, I had no idea how to craft my story. It was the same with short fiction, with poetry, with screenplays. I would have moments where I managed to finish something, sure. But those were so far and few that most of the time I felt like a failure.

That said, things are better now. I’m still on medication, and I am writing more and more each day. But my mental health is still something I have to care for and I still have those days where the writing won’t come out. I’ve just gotten a little better at handling those struggles.

We’d love to hear more about your work.
I don’t necessarily have a company (I work in retail, of all things). But there are several organizations that I am part of.

In Watsonville, I was heavily involved with the Digital NEST, a local nonprofit dedicated to nurturing the youth with skills in technology. I volunteered to be a screenwriting instructor for them, giving lessons to students ranging from high school students, college students, and college graduates. It was a lot of fun to talk about the craft of writing. I was always excited to show up and give lessons on plot, character, themes, and the like.

Moving to LA, I became involved with more organizations, the first being an online literary magazine called Watermelanin. They are dedicated to promoting the work of POC and QTPOC. I discovered their call for contributors on Twitter and submitted my work without thinking I’d actually get in. But then I did, and they later took me on as their fiction editor. I take my job seriously there. I read every submission I get. If I decide it has potential, I notify the writer and try to work with them to prepare the piece for publication. I am proud of the work I do there.

Another organization is the Latinx Film Collective. They are a group of Latinxs supporting each other in the film industry. I was brought into the group by a friend almost as soon as I arrived in LA. They are an incredible group of individuals. They bring so much energy into the craft of filmmaking, and they lift each other up. I am still new to the film industry, having specialized in fiction writing. But they’ve been incredible friends and mentors. And I hope I can give back to them soon.

The last organization I’m involved with has been For All Media Productions. They are a new production company. A friend from college told me about them and, after a few messages back and forth, they brought me on as a writer and creative director. They send me scripts for feedback and for rewrites. They have recently started asking me for my own scripts. One of them might be in production with them soon. But we’ll see.

And, of course, there’s also always the writing. That I do on my own and in my spare time. I have written a good amount of short fiction and poems. I have about five novels in the works and one of them is nearly ready to be sent out to agents. Again, we’ll have to see. We can’t rush the process.

Any shoutouts? Who else deserves credit in this story – who has played a meaningful role?
This might seem like a generic answer. But nearly everyone in my life deserves credit for how far I’ve come.

My parents raised me along with my three siblings. Having just come to the U.S., they had to struggle with English, with their finances, and with their children. It definitely has not been easy for them, and I hope in their reading this they’ll know that I am grateful for them.

My siblings have also played a huge role. My brother was my idol growing up. He still is in some ways. He mentored me growing up and kept me company at times when I had no friends. When my sisters were born, I wanted to be that same kind of mentor. I’m still trying to be. It’s not far-fetched to say that I work hard to set a good example, just like my brother before me.

My friends for wanting to have me in their lives. My struggle with mental illness has cost me friendships. I would be erratic, often angry, and eventually, isolate myself from others. I can’t blame everything on the illness, of course. There were a lot of things I had to unlearn to keep the friends I have now, a lot of it being toxic masculinity. Thus, I am grateful for the few friends I have now. I work hard so as to one day make them proud.

And, of course, the teachers. I have had so many incredible teachers in my life. It was because of several high school teachers that I learned I wanted to be a writer. I keep in touch with a few of them to this day. And I definitely have to thank my professor at my MFA. It was the only writing program out of the six I applied to that accepted me. My novel would have died a quick and silent death were it not for them accepting me. I have nothing but eternal gratitude for them. For everyone. 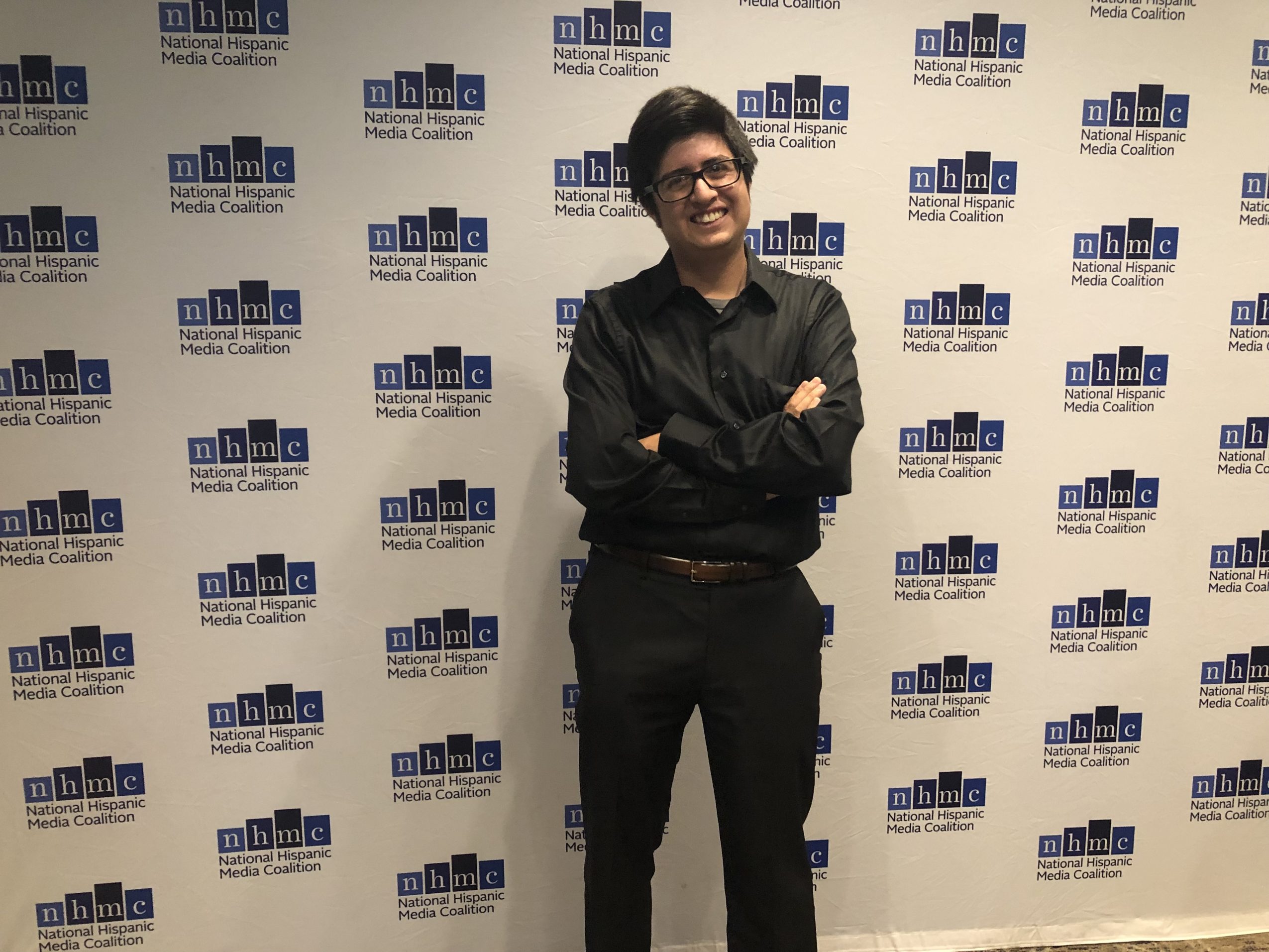 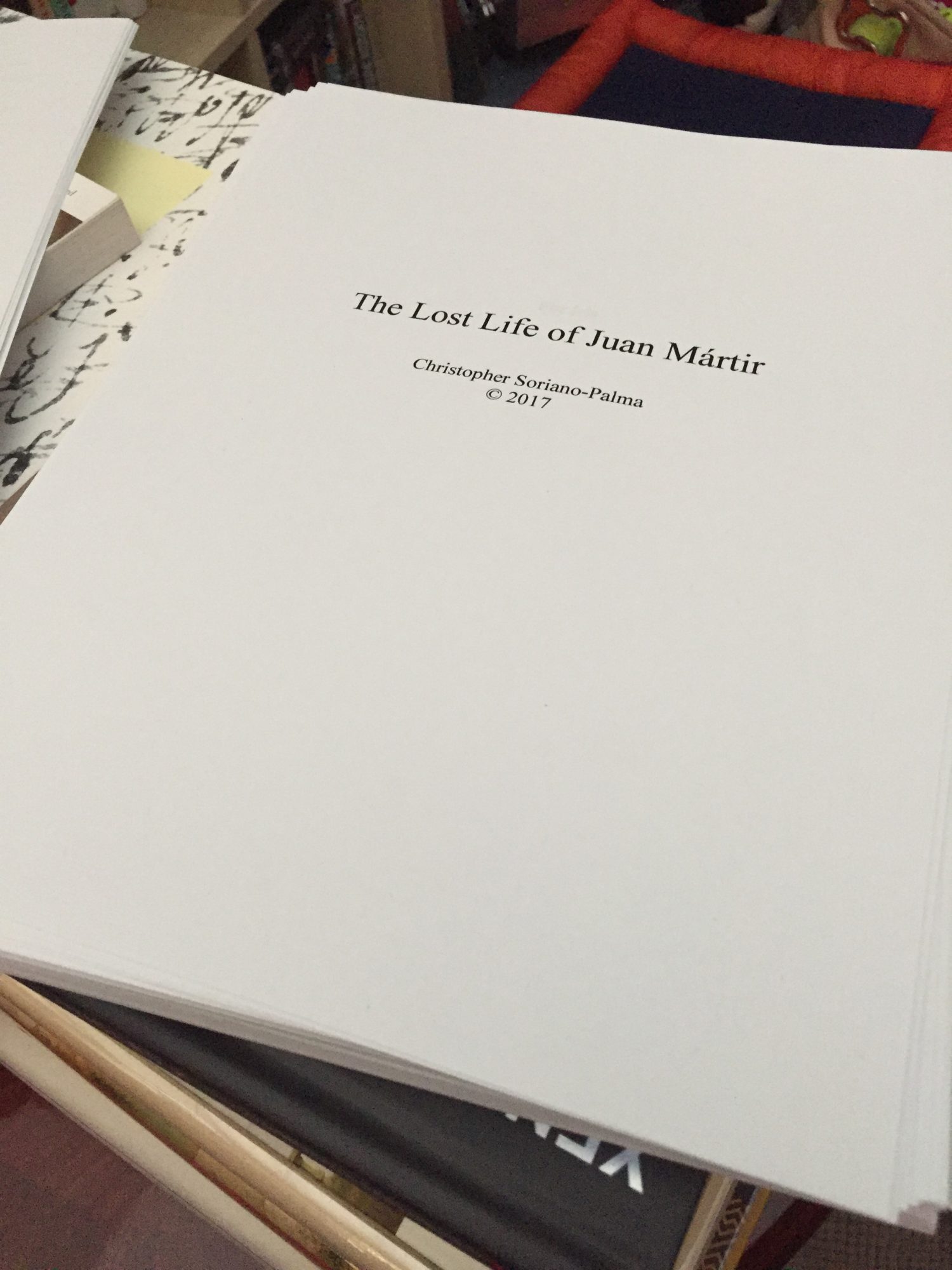 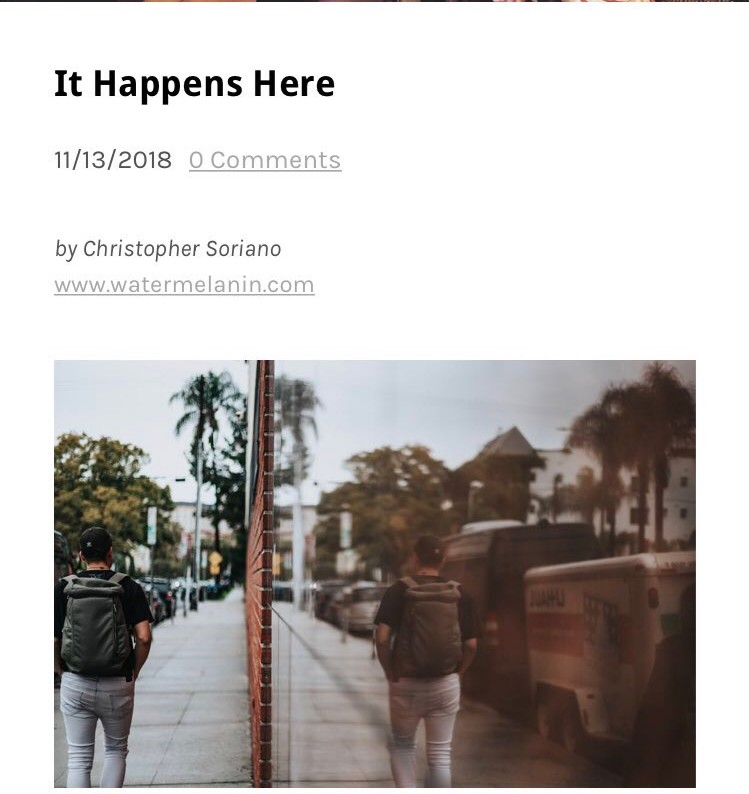 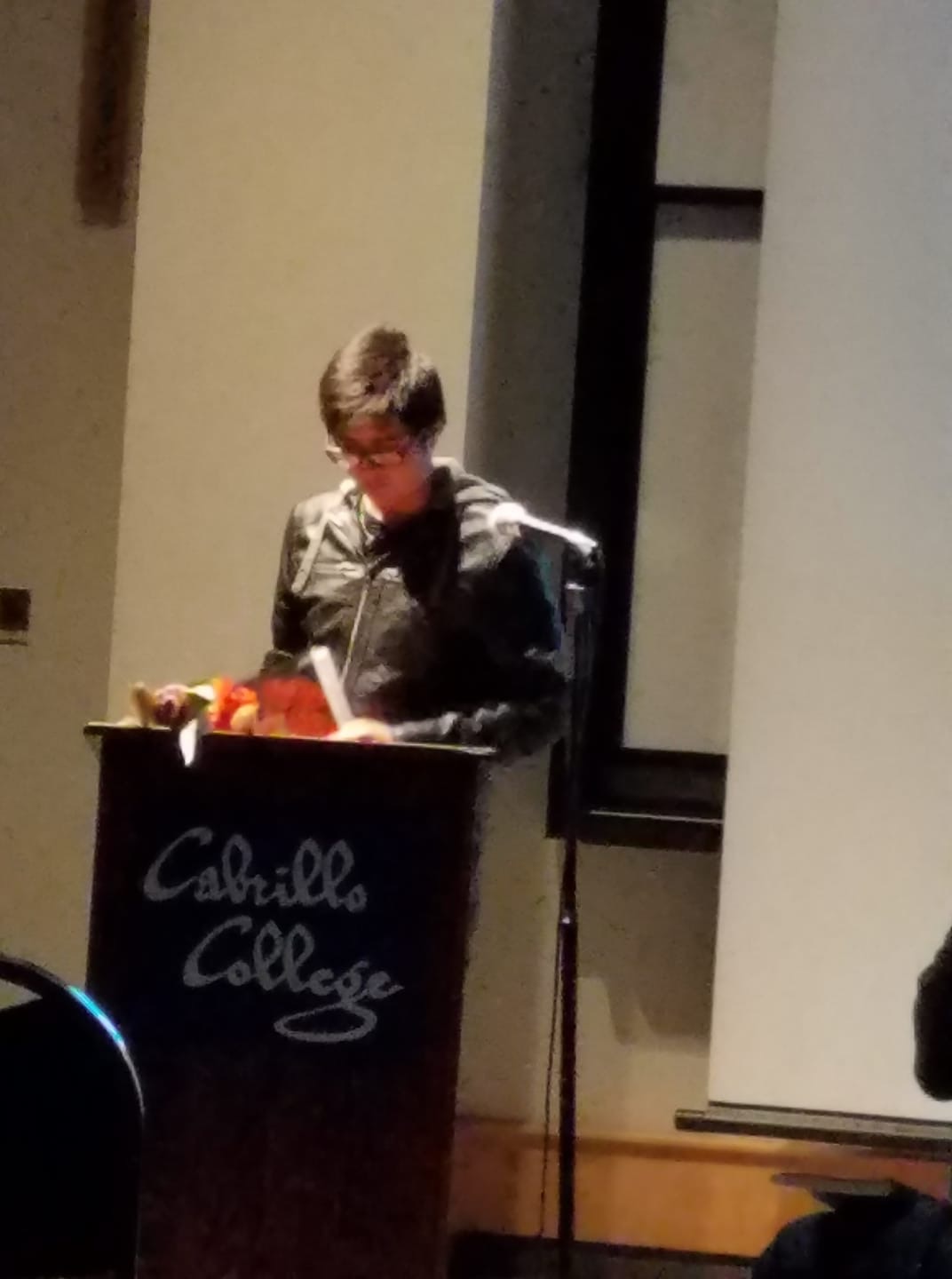