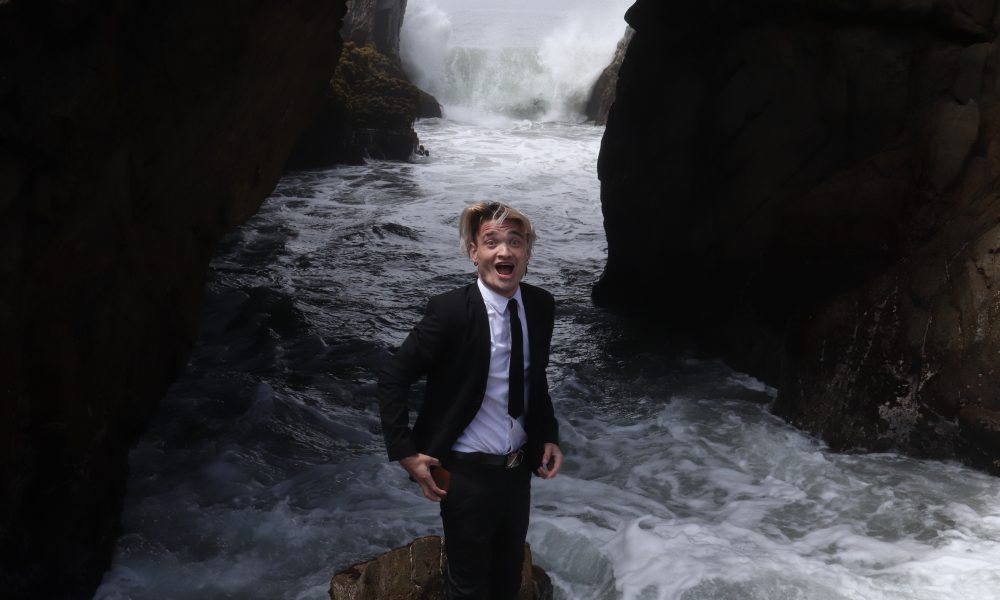 Today we’d like to introduce you to Christopher Morton.

Thanks for sharing your story with us Christopher. So, let’s start at the beginning and we can move on from there.
My story consists of a journey just trying to immerse myself in this world that is full of stereotypes, where one day the world expresses love then the next several weeks, hatred. Consists of trying to find balance between what is right and what is wrong, but then we have to ask ourselves, “who are we to decide what is right or wrong?” Realistically speaking though trying to figure out what information we keep to better ourselves what information we omit to avoid conflicts, trying to figure out if we are to approach new information logically or emotionally. In the need through, regardless of how the world remains circulating, the biggest journey is finding inner peace within myself and obtaining the most important thing many individuals put fame, luxury, and money before; Happiness.

Great, so let’s dig a little deeper into the story – has it been an easy path overall and if not, what were the challenges you’ve had to overcome?
Being diagnosed with Gastroschisis. This condition occurs when an opening occurs in a baby’s abdominal wall and the baby’s bowel pushes through the hole then develops outside the baby. My chances of survival during this time were slim, in fact Doctors predicted I’d be gone before the age of two. As time went by, somehow the doctors’ exceptions didn’t go through, and by the age of two, I was still alive and fighting. This caused me to remain hospitalized for a long period of time and eating regular food was always difficult, fluids were used tremendously. I’ve had Central Lines, Pick Lines, G-Tubes, and NG-Tubes growing up in order to obtain the necessary nutrients to survive even after eventually being able to eat actual foods. Approximately 15+ surgeries were done mostly due to necessary tube replacements after constantly obtaining infections to the previous ones, eventually making the process and pain normal. During school to sophomore year I’ve had to carry a school bag and an additional back for tube feeding Total Parental Nutrition (TPN) which resulted in being unable to participate in sports all my life. Eventually, at the age of five I was diagnosed with hearing loss and it was found that the cause was due to the heavily fluids I’ve obtained of antibiotics over the course of growing up.

Fitting in was always a problematic situation for me when growing up in a family that is different than I. I was never engaged in dialogues because I just felt lost. However, eventually I was transferred to California School for the Deaf Riverside wheres finally felt like I managed to belong somewhere. Being around individuals that understood my struggles as far as my hearing loss. My identity crisis came to an end, I knew who I was and that was a huge relief.

MortonMotivation – what should we know? What do you do best? What sets you apart from the competition?
MortonMotivation is a self-developed business I began working on creating since I moved back here from Pennsylvania back in 2018. Knowing my goal was to inspire individuals of all ages informing them that they are the only thing preventing themselves from reaching their fullest potential.

I give speeches in front of various audiences whether they’re public events or schools, I share my life story and hit them with facts that begin to question themselves and their behavior. I engage with them during my speeches using questions meant to make them think about what is it they really want in life.

I specialize in changing peoples’ negative perspectives, showing them that everything happens for a reason. Informing them that no matter how dark the tunnel is, there may not be a clear exit path but there is a dim light somewhere out there. I try to draw them out of these beliefs that are separating ourselves from others without realizing it. I try to bring us back together with one another and also with themselves.

I am also a Deaf Interpreter as well (MortonInterpreting) which I provide interpreting services for those in need while not having the proper communication access. As a Deaf individual growing up struggling to communicate, read lips, or feel left out, I wanted to pursue being an interpreter to help others feel involved.

What moment in your career do you look back most fondly on?
I’m most proud of have been being able to pursue being a speaker that no one believed I could do it because the chances were slim. Being able to push through all the doubts and the obstacles presented on the path has been a phenomenal feeling. Being able to travel to various areas of the state and be flown to others when a speaker is needed, its truly a remarkable feeling having hard work paid off. 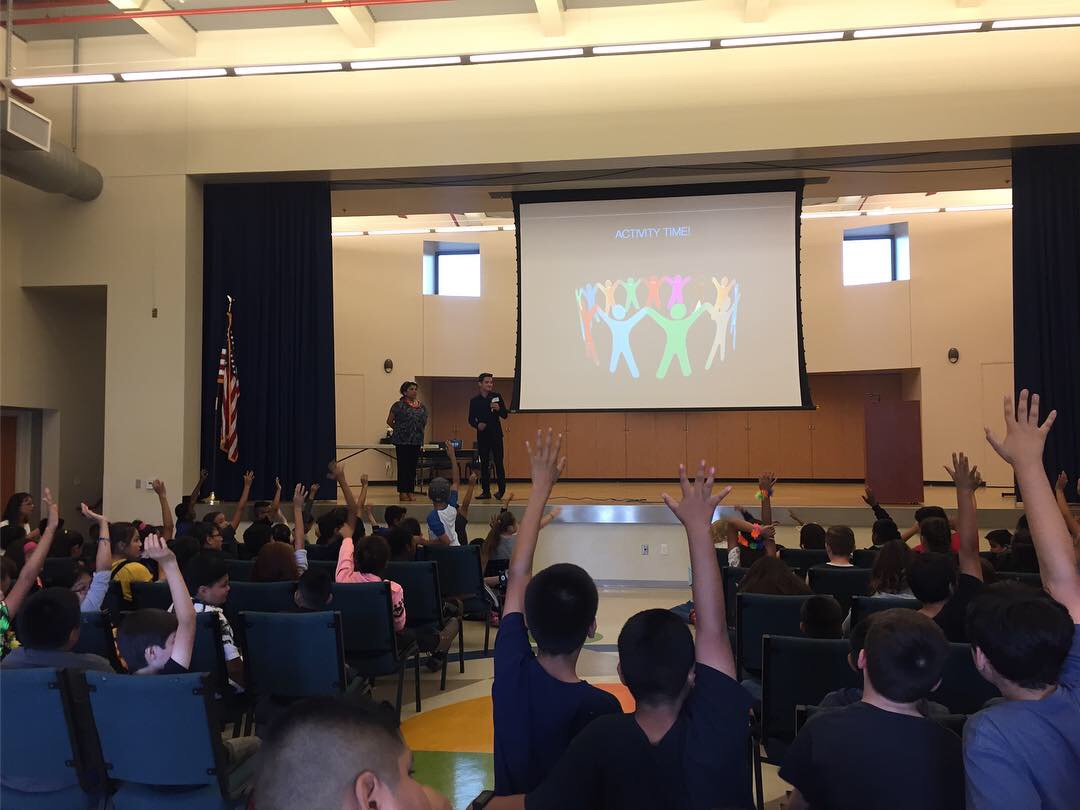 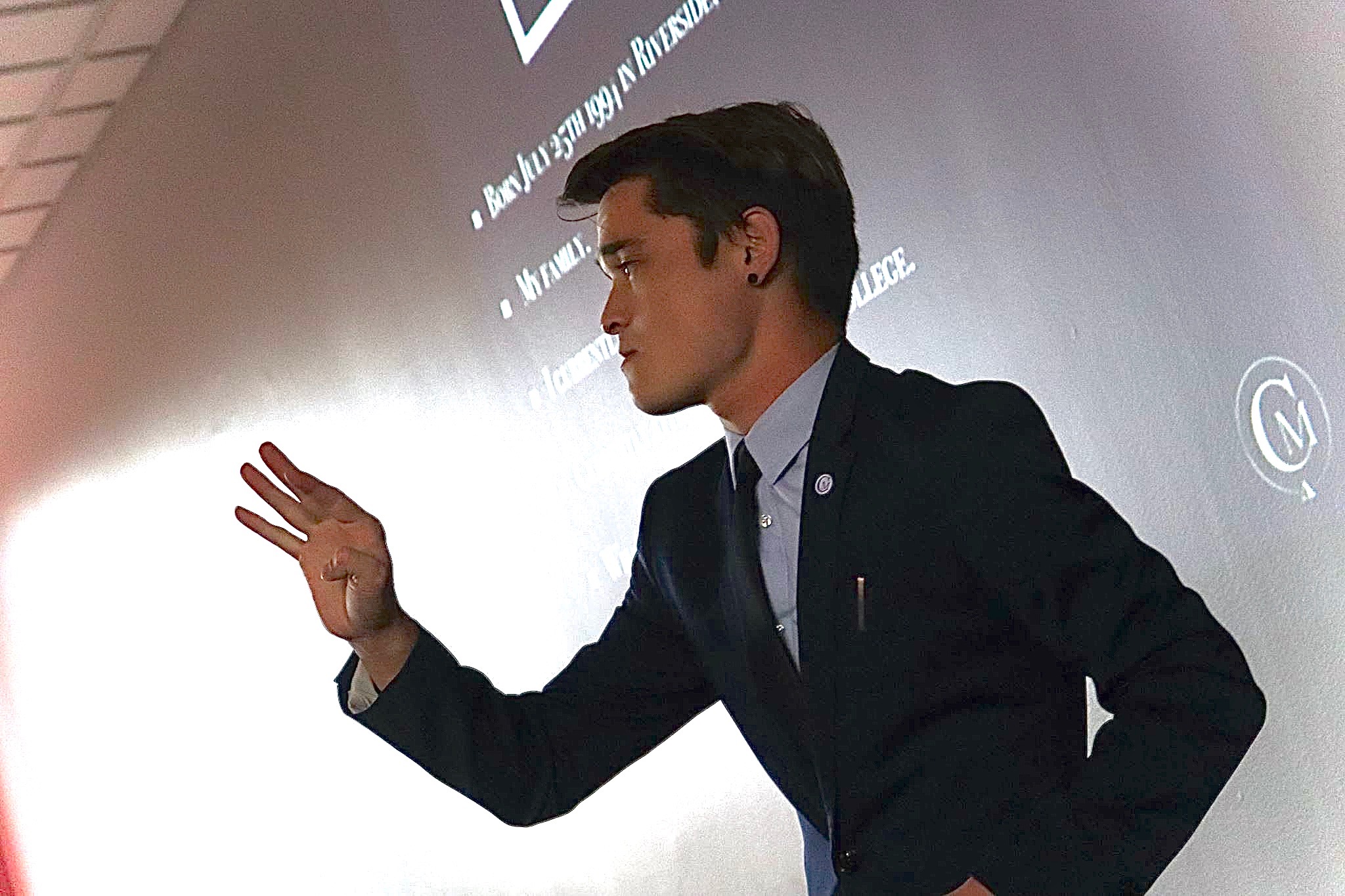 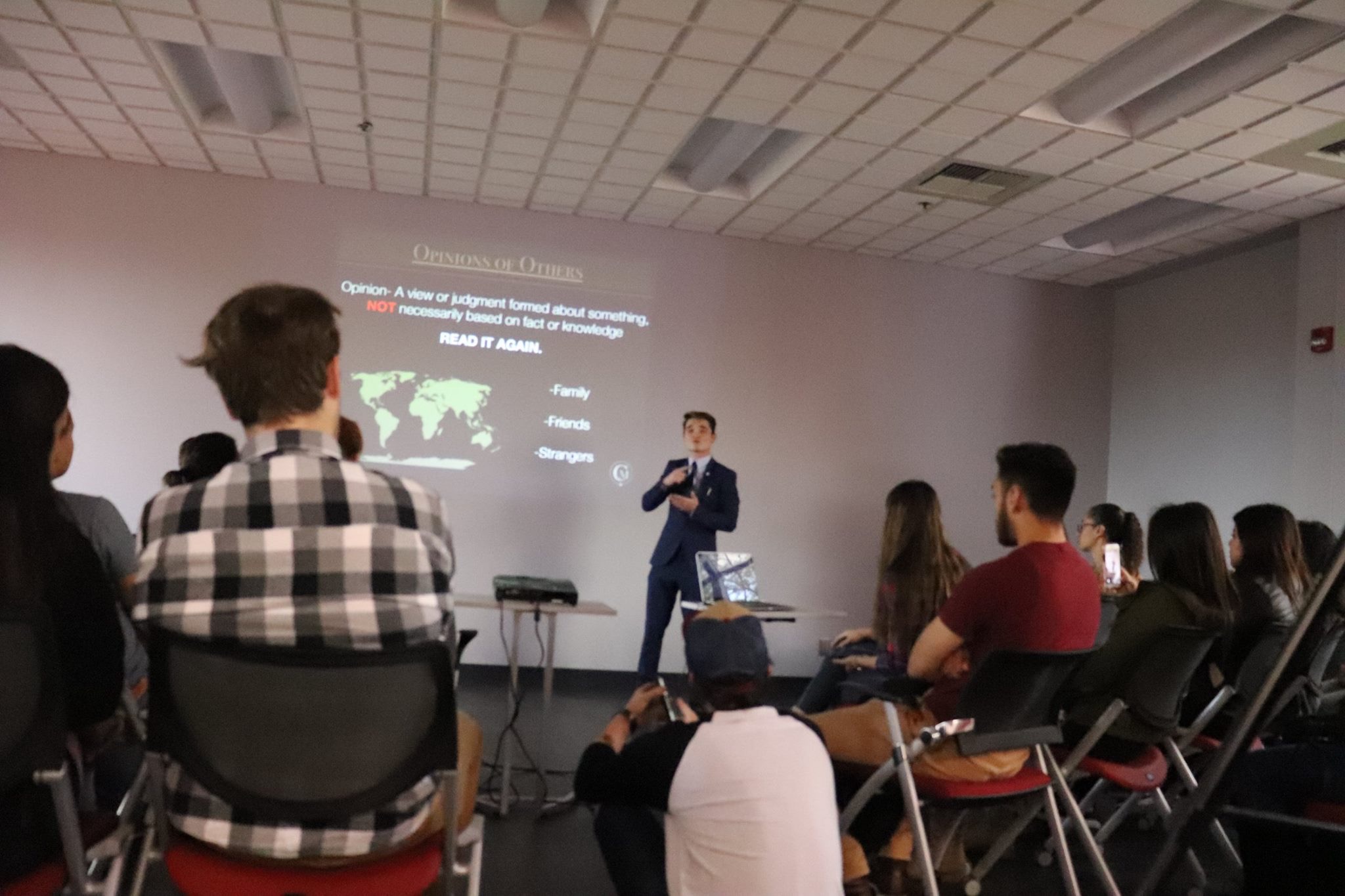 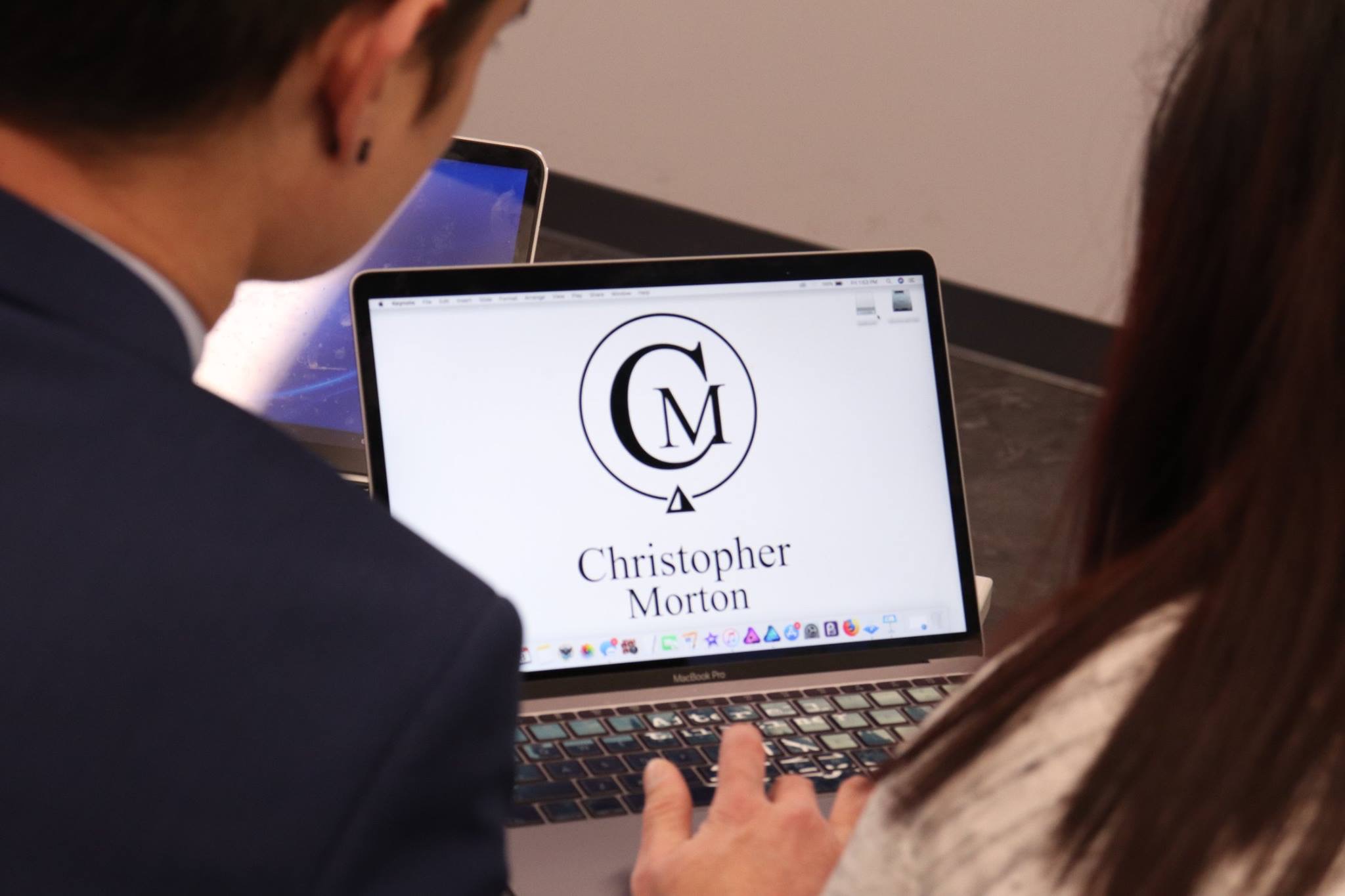 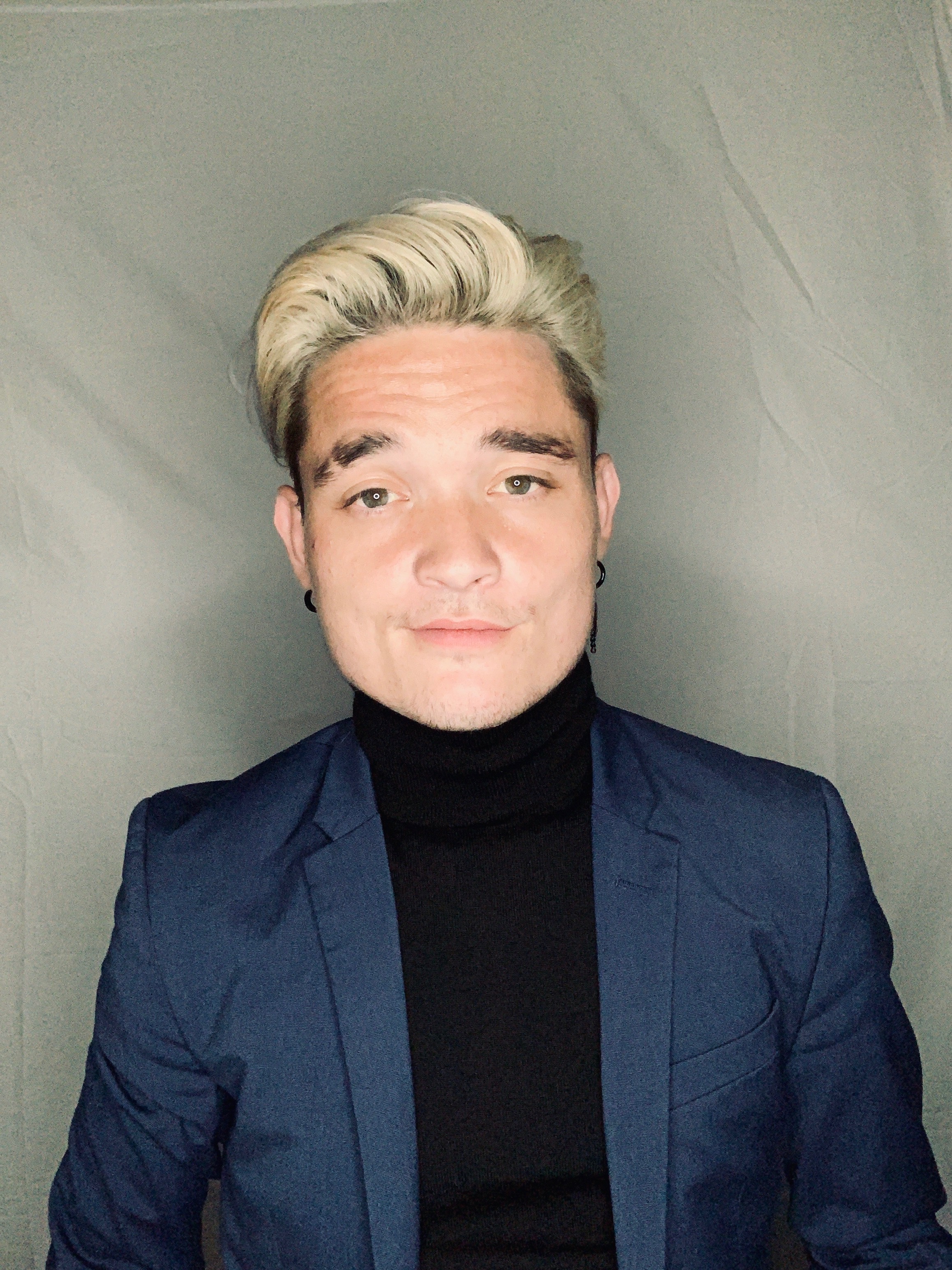