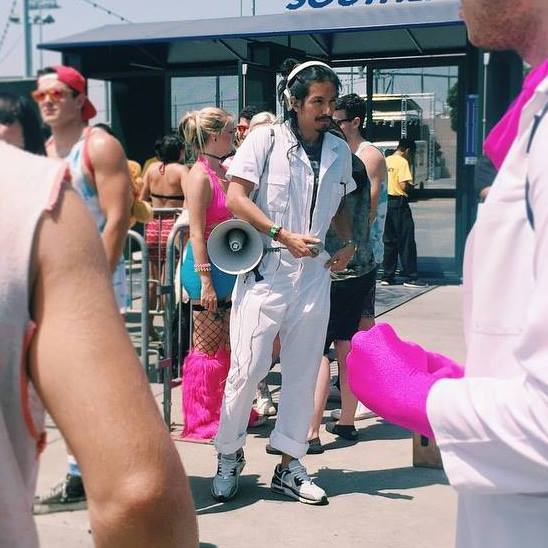 Today we’d like to introduce you to Christopher Louie.

Christopher, please share your story with us. How did you get to where you are today?
I started at UCLA, a Linguistics major with aims of law school. At the time I was making electronic music with my down syndrome brother Dennis. We needed music videos for our songs so I started shooting and editing. Wanting to get better at this hobby led to me enrolling in a film/digital media class with a professor and LA-based artist named Bill Barminski. He was the first time that I saw you could make a living off being creative. Up to that point I had never really been around any artist/creators. Naturally, I started to drift away from an exciting subject like linguistics and philosophy and started taking more creative classes. Like poetry, creative writing, film, and another professor who had a huge impact on my life was a guy named Steve Sherwood. He taught Sociology but did a class on the significance of creativity. The whole class we studied Warhol, Dylan and Lennon. It was pretty awesome.

Eventually, this led to me walking out of my LSAT and graduated without any real plan. I stayed in touch with Bill Barminski and started assisting him on a couple projects he was working on. Then we started to build a robot costume out of wood. It was an art project at first, then Modest Mouse announced a music video contest so we used our robot suit and made a video for their song “Missed the Boat.” We won the contest, Walter Robot the creative studio was born and we officially became music video directors. From that point, the goal was always featured film, the end goal. So we kept working through music videos, getting better and strangely enough without even trying a short multimedia project we did got into the Sundance Film Festival. It was 2009, just post the financial crisis so I missed all the swag and big parties. I remember standing outside in the cold trying to sneak into Ewan McGregor’s party–it reminded me of being in high school.

But that was a major feather in the cap. That same year Death Cab for Cutie asked us to do a fully animated video for their song “Grapevine Fires.” This was a big success, it won an LA Film Festival award, got nominated for an MTV VMA all in the same year. By the end of the year, we generated some buzz and the talent agencies WME and CAA were in a bidding war over signing us. We went with WME and thought we’d be making movies by summer 2010.

But through this process I learned all about the business of movie making, and how convoluted and slow and expensive it is. Bill and I continued the hustle, lost interest in music videos and started doing art projects together. One day he made a gun out of cardboard, painted it and then called it art. So we put on a big art show at his gallery in Bergamot station, this got the attention of Banksy, then Bill collaborated with him and I reconnected with a friend from UCLA who was launching a biotech company called Cue. I helped him launch the company using my filmmaking and storytelling skills, to date I’ve helped the company raise $100m. Bill has his recent art show up right now, w/ all the cardboard guns and spray cans, at Beyond the Streets downtown. Somewhere in between there, I ended up making a movie called XOXO for Netflix. And Bill and I are working together on a new art show for China.

And I started a creative agency to work with companies like Cue, where we can use storytelling, find the purpose in the companies and tell stories, not create stupid advertising. I’m also working with Live Nation on a TV docuseries all about getting out the root of creativity by pairing today’s music artists with academics–strong thread back to UCLA and my Sociology experience. And I’m also co-founder of a mixed media startup with my original WME agent, Mike Esola. And the best part of it, my wife is pregnant and we’re expecting our first kid in 1 or 2 weeks.

Has it been a smooth road?
Definitely not a smooth road. That last barrage of sentences was the hit list. Peaks and valleys. Every milestone we hit was always met by a lull or period of doubt. before. When I made XOXO I was branching out on my own outside of Bill/Walter Robot. It was a scary moment. https://www.youtube.com/watch?v=RqCT-HbwwF8&t=18s.

Then after XOXO, the movie didn’t catch the world on fire like I hoped. I thought it would open new doors, maybe somebody would gift me $1m for being so awesome or a studio may buy me a new car or some shit, but no. Nobody in the industry cared. That said I still get emails and DMs from fans of the film who said it changed their lives and inspired them to pursue their dreams—which was my purpose behind making it. But the lackluster outcome of the movie made me question the film path. I knew I didn’t want to go make a movie for a studio where I would get no creative control. I also didn’t want to do some “teen movie.”

XOXO was my story in many ways so what carried me through it was the passion for the story and I didn’t have that passion for any movie after. So I went on a quest to find something else. I got married, almost ran out of money completely! But its weird cliche stuff. When you least expect it, you turn that corner and the path finally present itself.

But I do think the most difficult part about the shifting/changing/fluid career that I have is money has been the toughest struggle.

Finding stability is not easy, but once I made stability as well as creativity my joint priorities, things started to come together—they have to, I’m having a baby that I need to support.

So, as you know, we’re impressed with BRNDMKRS – tell our readers more, for example what you’re most proud of as a company and what sets you apart from others.
I started a new company called BRNDMKRS. It’s a creative agency working with start-up and small business and help tell their stories through video content. It sparked from my experience helping develop, grow the company Cue. I didn’t just make videos with them, helped define their vision and mission and their messaging. This fed into quality storytelling that wasn’t just cool looking commercials or ads aimed at selling shit. We were telling a story about building a world that could be improved through their biomedical home device. With this vision and the content, I helped create for their pitch/investor meetings I helped them raise nearly $100m.

Now I want to do the same with any and all startups that have powerful stories and even better products. We’re storytellers, not advertisers. We have a streamlined process, cut out all the production fat.

Let’s touch on your thoughts about our city – what do you like the most and least?
I do not think I could have the life I have w/o being in LA. I’ll never forget one of the only nights I went out “clubbing” in Hollywood. I did molly with a friend of mine named Eric.

We’re at the club and the molly just starts hitting then in the club they start playing “I love rocknroll… put another dime in the..” and everyone starts singing. I look at Eric and w/o saying anything both of us are like “we gotta get the fuck outta here.”

So we hop in his car and start driving through the HW Hills just talking about life, and some car pulls up next to us and says “we’re looking for the house, do you know where it is?” and Eric says “we’re looking for it too, we’ll just follow you.” So we follow them up to the top of the hills, giant house, a security guard at the front turning people away. So Eric walks up, asks how we could get in, security says “you gotta call Kato.” Eric puts his hand out, shakes the guy’s hand and he lets us in. Eric slipped him $4 in ones!!! But guy prob didn’t even check until the end of the night.

We get in and it was a birthday party of Kato Kaelin! in some mansion. I saw Bill Maher there flirting with some really young women. A couple other celebrities that all had people orbiting around them, sucked into their gravitational celebrity pull. We wander around, then as the night winds down I have to go the restroom. They clear out the house but I’m still in line having to pee. And some guy is going through kicking everybody out.

Then I’m finally up about to go to the bathroom and this dude comes up to me, he looked coked out of his head and goes “WHO ARE YOU?” and I was thrown off, timid and said “Just a guy waiting to go for the bathroom.”

It felt humiliating, shaming but also super funny. My response totally caught me off guard. But my point is, LA has this way of treating you like you’re nobody, even tho we’re all shaped to feel like we want to be somebody. To get somebody to see you so he doesn’t have to come up and say “WHO ARE YOU!?” in your face while you’re just waiting to take a piss. But what I’ve found through being here and riding this winding path, is that you have to recognize yourself in the city. you can’t wait for others to recognize you.

That’s what sucks is the city that makes you feel like you have to be recognized or given a shit by others to matter. But beauty is once you realize that’s all bullshit and you can find your own lane, your own identity outside of that, carve your circle of friends or of your own existence, then LA is so fucking beautiful. 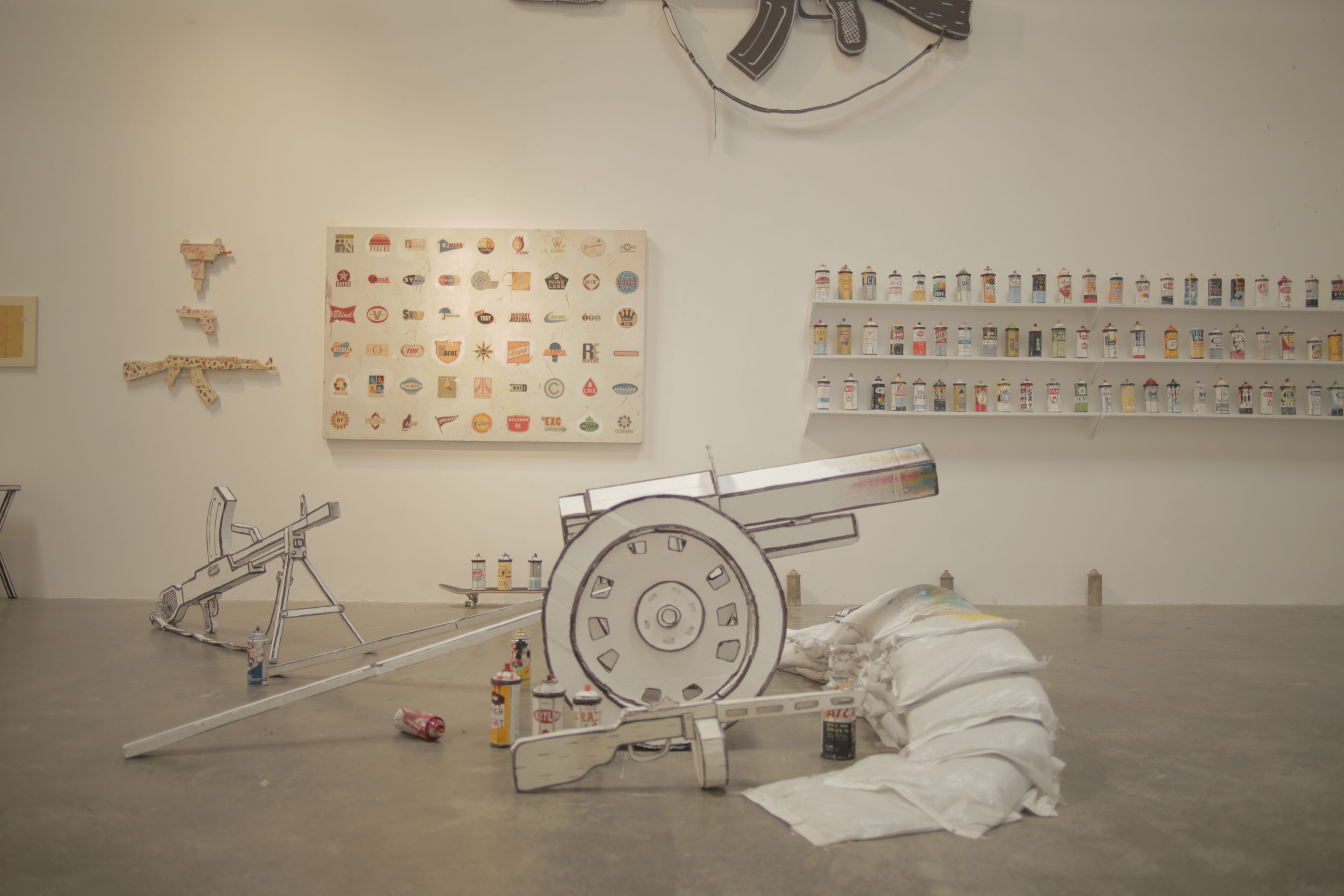 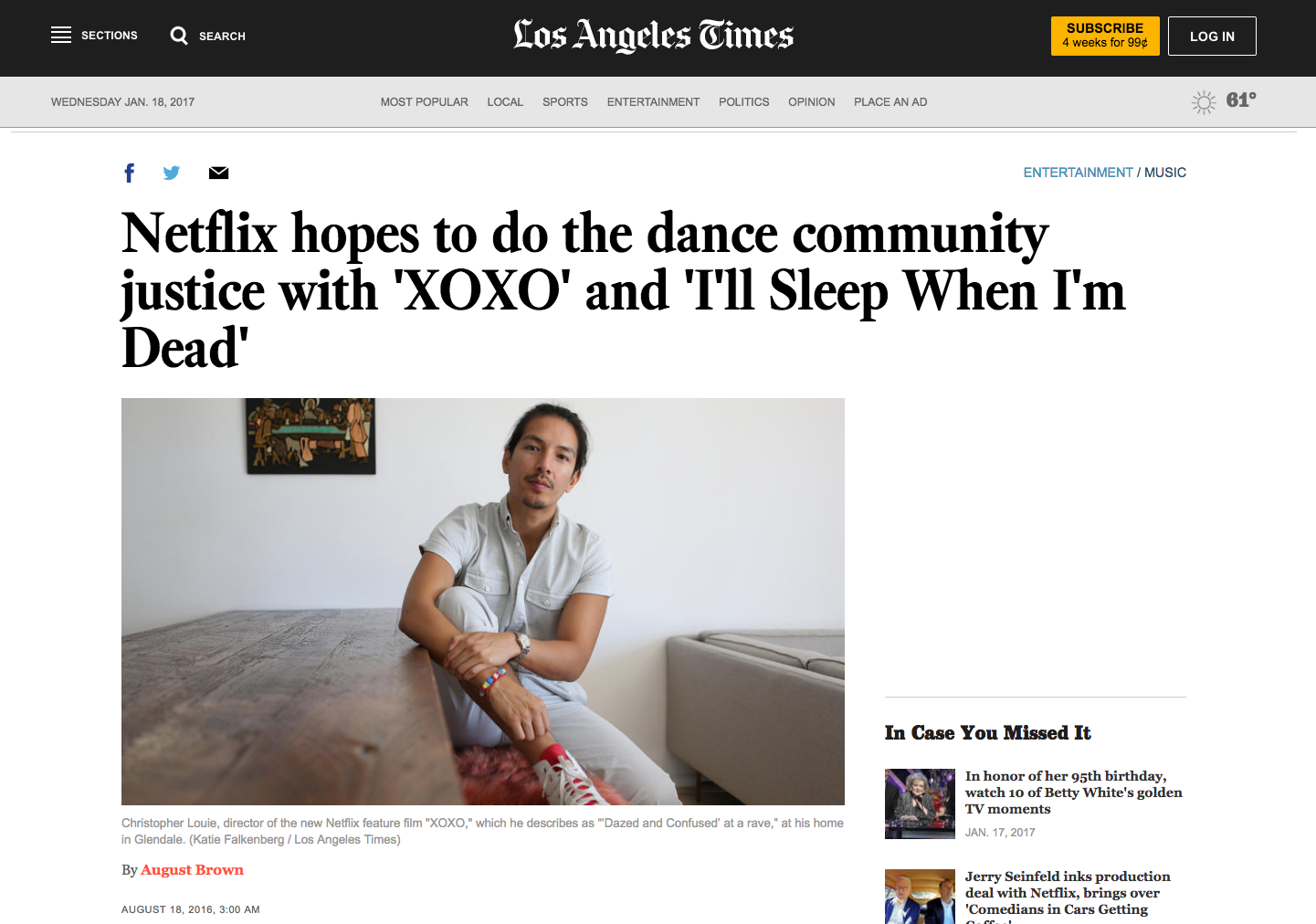 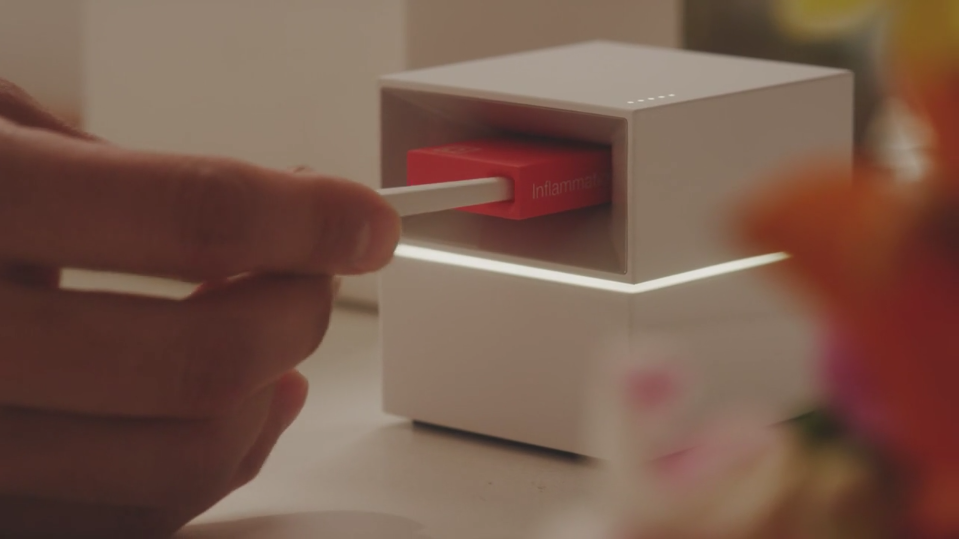 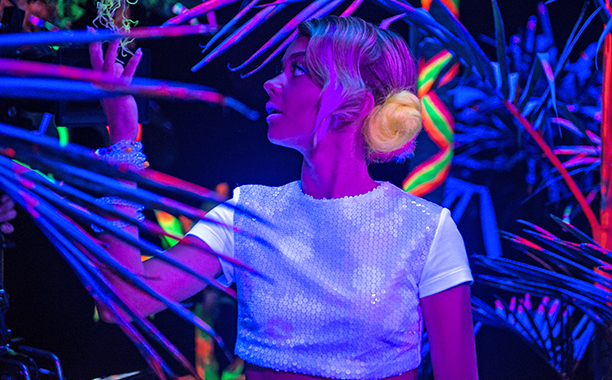