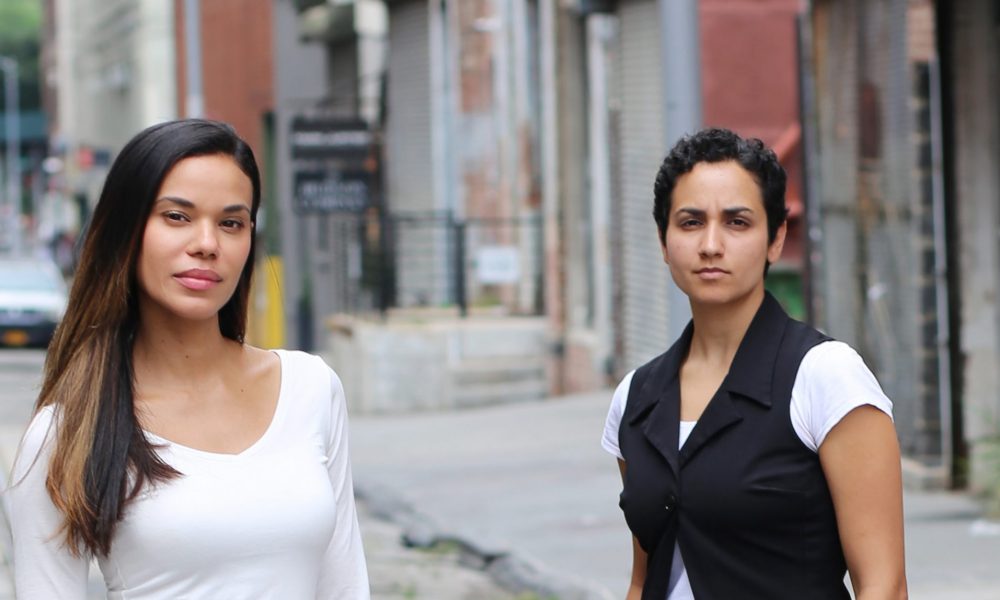 Today we’d like to introduce you to Christina Naime and Kimberley Peterson.

Even though Kimberley Peterson and Christina Naime are now the co-founders of their own independent film production company, their story and friendship begins way back when they were 11-year old’s attending the same secondary school in the Caribbean island of Trinidad. Back then, anything having to do with Hollywood or movies seemed worlds away – almost inaccessible to two young island girls of multi-ethnic descent.

Fast forward a few years, and the two close friends would follow similar paths to the US to attend college and then begin their 9-to-5 lives in Corporate America. Kim, a graduate of Columbia University, began to grow in her path as an Environmental Engineer, while Christina, a Stetson University graduate, continued her journey as a Financial Consultant for a Big Four firm. In 2011, they were even roommates for a year!

As the two continued to climb corporate ladders and gain success in their respective fields, they both felt like something was missing. Alongside her engineering work, Kim always had a pursuit for the Arts and exploring different passions, including perfecting various styles of dance and acting. Christina on the other hand, dabbled in music performance and production, as well as writing as a form of creative expression.

Until one day, a simple spark changed everything. One fateful afternoon over brunch, Kim mentioned working alongside another friend in her film production company and asked Christina’s advice on a financial matter. Realizing that this was exactly the type of work that Christina had been trying to do in her corporate job, Kim suggested that Christina be brought in as part of the team.

On nights and weekends, Kim and Christina worked tirelessly in the production company to bring the slate of films to life. Given their corporate training and background, they quickly learned the ins and outs of the industry’s operations. They jumped head first into developing relationships, finding and optioning scripts, building pitch decks, modeling out returns and networking with investors. Though they struck fortune via their efforts with an investor, unfortunately, after a year and a half of working as a trio, the partnership didn’t work out due to stylistic differences.

However, there was a silver lining. After seeing how well they worked together, Kim and Christina decided to take their careers into their own hands. They decided to incorporate their own company and to finally leave their corporate jobs behind. Thus, in December 2018 Pretty Penny Films was born.

We’re always bombarded by how great it is to pursue your passion, etc – but we’ve spoken with enough people to know that it’s not always easy. Overall, would you say things have been easy for you?
Amazing to follow a passion, right? Well, let’s just say it’s not all been a bed of roses. But we’ve overcome quite a few hurdles along the way. First, having to convince our parents and work colleagues of the decision to leave our stable corporate jobs for uncertainty wasn’t an easy thing – it was practically unheard of given the trajectory of corporate success in front of us. Needless to say there was a sense of “catching up” to be done when everyone in the film production world has been honing their craft for years. However, we do believe that we’ve been able to cover a lot of ground and gain quite a bit of traction since inception.

Our first experience taught us very quickly and plainly that any business partnership is a lot like a marriage. Your partner has to be by your side during the good times and the tough times – and frankly, there is always a strategic solution to be found. We learned that there is a dark side to the industry, where quick gains for certain trade-offs tend to be promised. We’ve experienced giving tirelessly to a project that you believe in, only to have it all taken from you unexpectedly. But, through it all we’ve learned a few things. The first is to not be jaded by, but rather driven from, these experiences. The second is that the key to a clean conscience and good business in this industry is to surround yourself with good people. We’ve made it our mission to ensure that the folks in our tribe are aligned with us in vision, values and vehemence.

As for the impact of COVID… Let’s just say we have used the time granted by the industry slowdown to focus on in-house development projects – a process which we’ve really been enjoying and has included drawing from within our own backgrounds to bring some stories to life.

This brings us to the major uphill battle – bias in Hollywood. Admittedly, the tides have been changing, based on the voices and actions of a growing few, but we have a much longer way to go. As a female-owned company with two diverse immigrant women at the helm, we passionately believe that true diversity in Hollywood will only be achieved through investment in diverse production companies. We are committed to playing our part in this by producing content that highlights underrepresented stories, characters and perspectives so that a broader spectrum of people can truly relate to what they see on screen.

Pretty Penny Films – what should we know? What do you guys do best? What sets you apart from the competition?
Pretty Penny Films is a female-led independent film and TV production company committed to sharing relevant and entertaining content while providing a space in the industry for diverse and underrepresented voices, talent and perspectives. Though we are seeing a few other companies pop up with this goal, we believe that our “outside” Caribbean perspectives set us apart, shape our world views differently and provide a bank of fresh stories to be told.

Part of our dream includes creating a bridge to Hollywood for the largely untapped Caribbean market that is brimming with potential and amazing talent. In a way, we see this as paying homage to our roots, but also a way to show young Caribbean filmmakers and talent that Hollywood is accessible – that this world is not as far away as it seems and that there is a space in it for our stories to be told and for accurate representation to be seen on-screen.

We also believe we have a role to play in providing a platform for empowering the very talented women that operate in all aspects of the film industry – from cast to crew. That said, we continuously work to build up our network with as many people who support our vision and values.

Currently, we are partnering with a dear friend and talented director, Alex Merkin, to raise a slate of three films. We are proud to say that we’ve just completed development on our first in-house action thriller feature and are currently working on the development of a TV pilot.

What were you like growing up?
Growing up, Kim, ever the girly-girl, started off in gymnastics and quickly transitioned over into dance. Learning various styles of dance, Kim partook in multiple performances throughout the island. Kim loved performing in front of a crowd. The last of three girls, Kim was always the mischievous one, but always managed to get away with things. Usually you would find Kim rescuing animals in need (she practically had a mini-zoo at her home), “liming” (Caribbean word for “hanging out”) on the beach, trying to emulate the latest dance moves or watching re-runs of her favorite TV show, “I Love Lucy”.

As a teen, Christina had dreams of becoming a professional singer. Without being able to read music, Christina taught herself to play multiple instruments by ear and would usually be found jamming with her sisters who also taught themselves to play piano and drums. As a natural extension of these jam sessions, Christina and her sisters have composed and performed multiple original songs together. Always the tomboy, Christina grew up playing soccer and cricket, and could spend all day at the beach, given the chance. As the headstrong middle child, Christina usually cut her own tracks and deviated from “the expected path”. 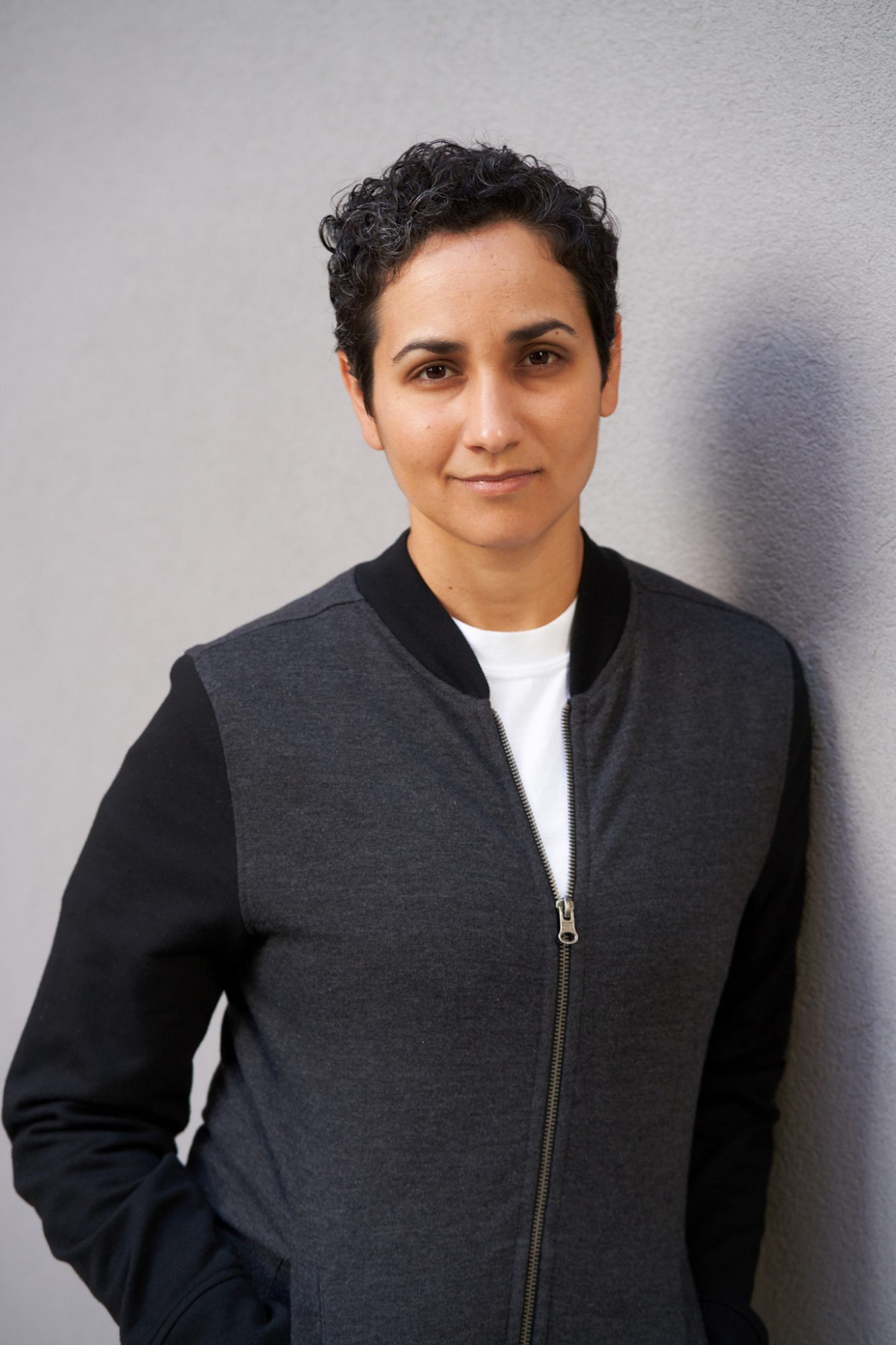 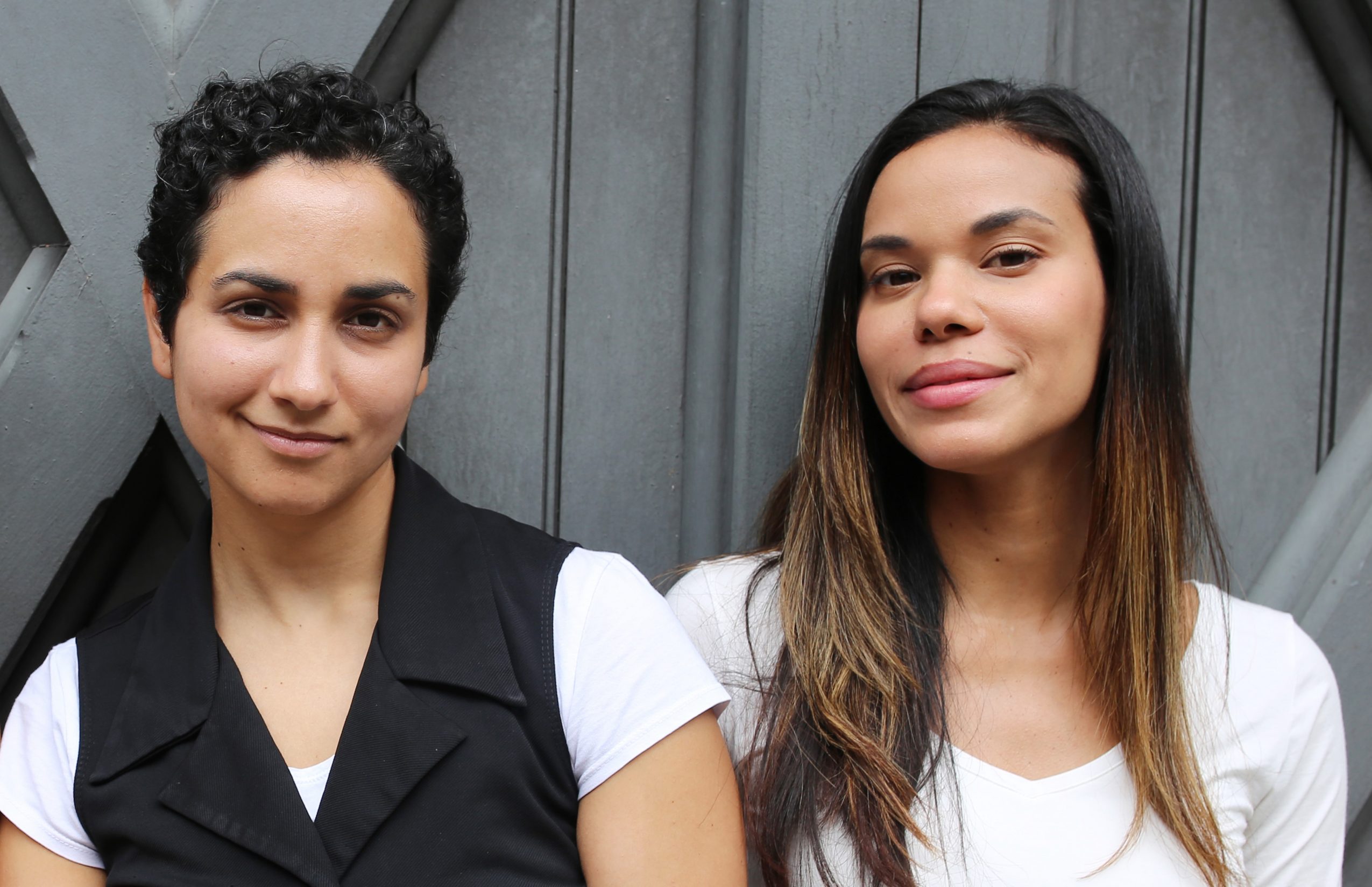 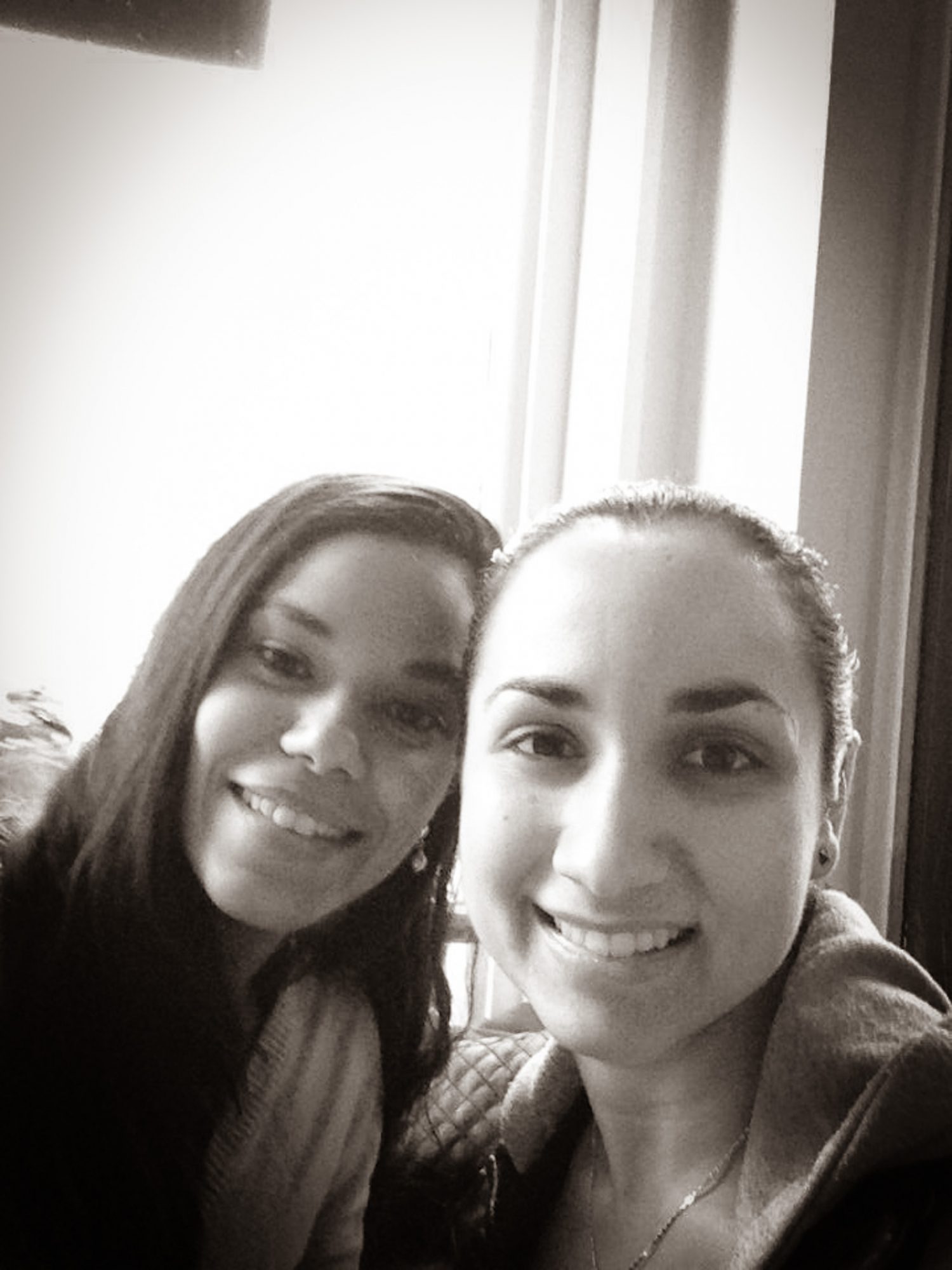 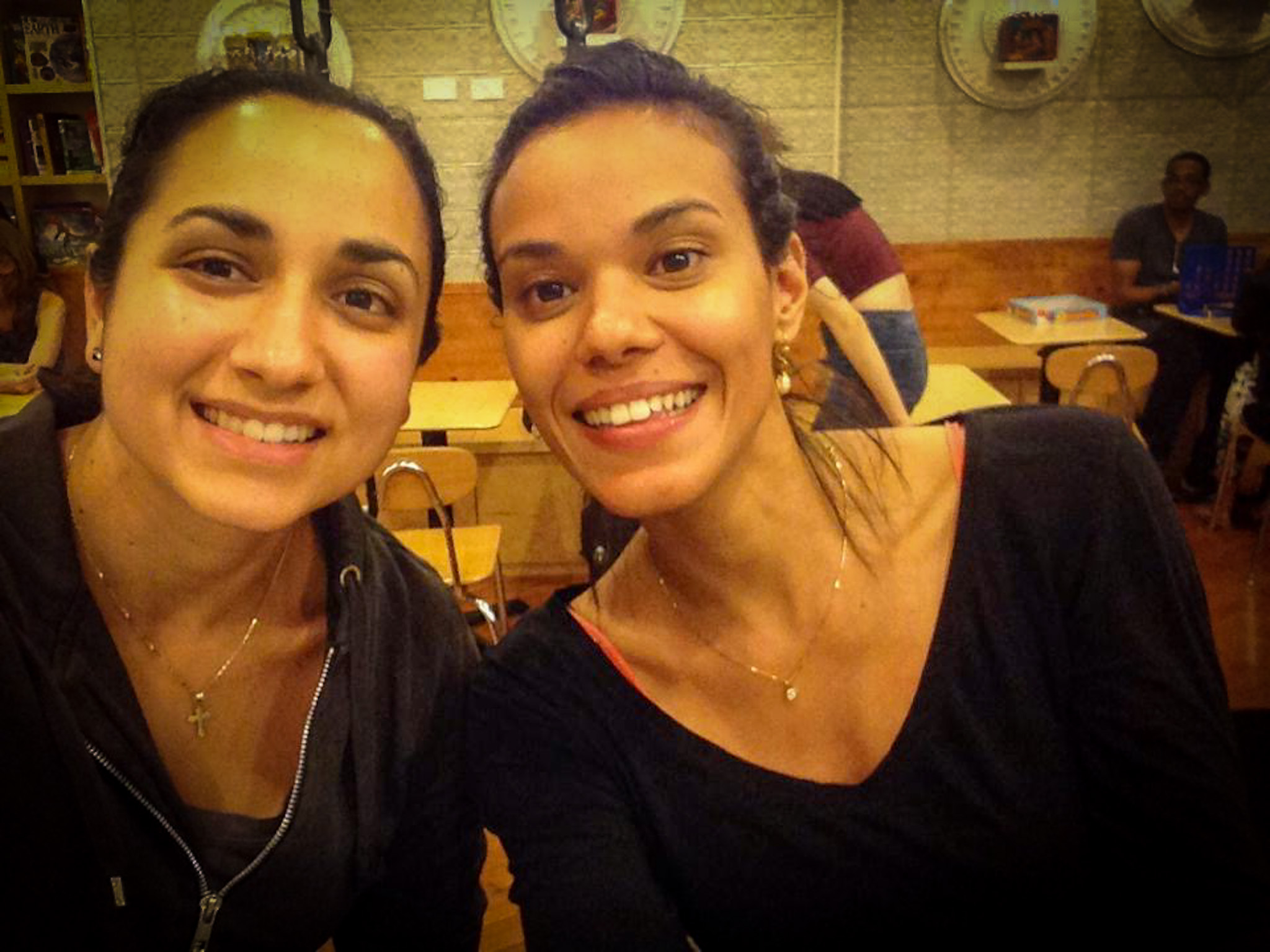 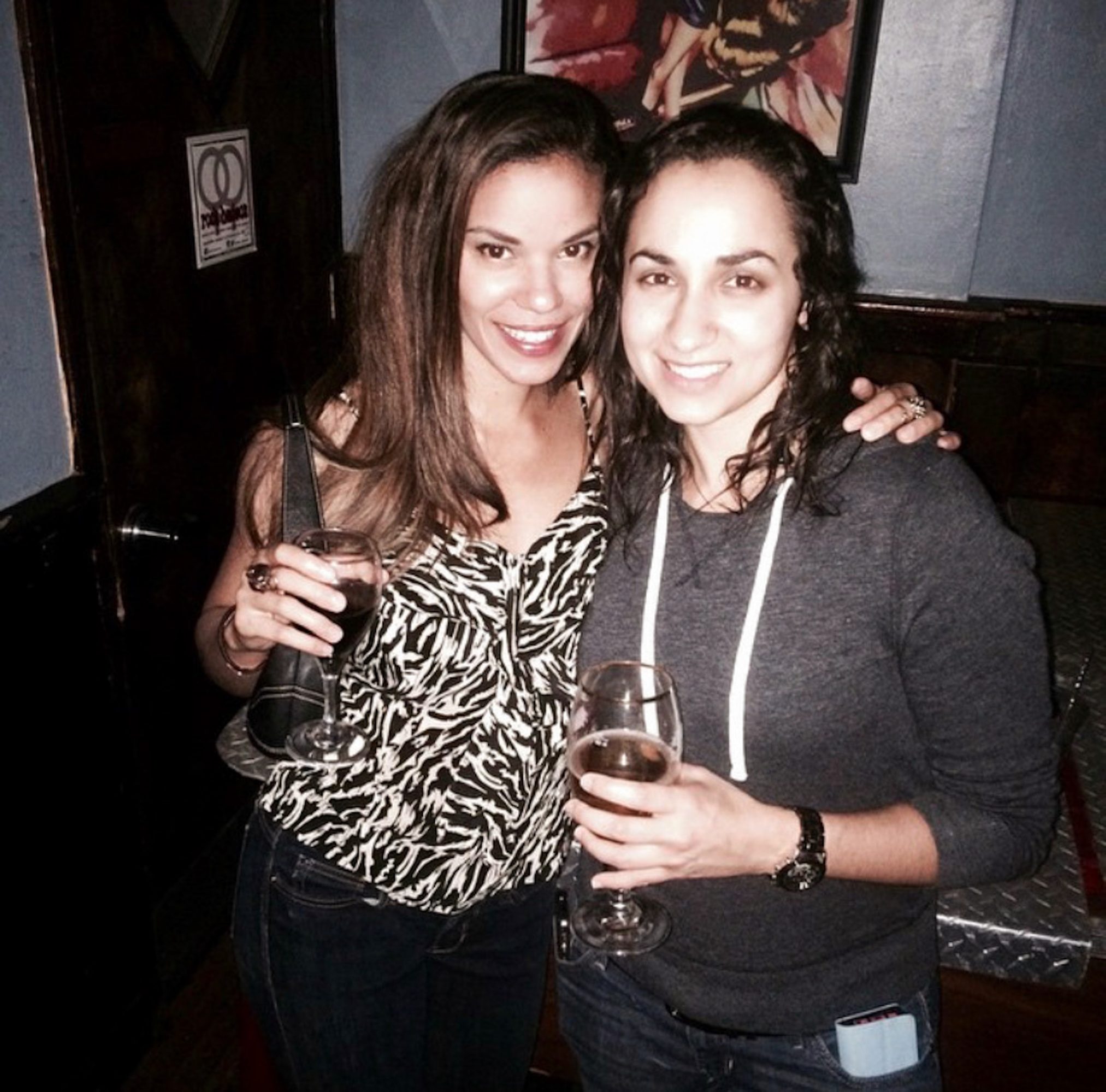 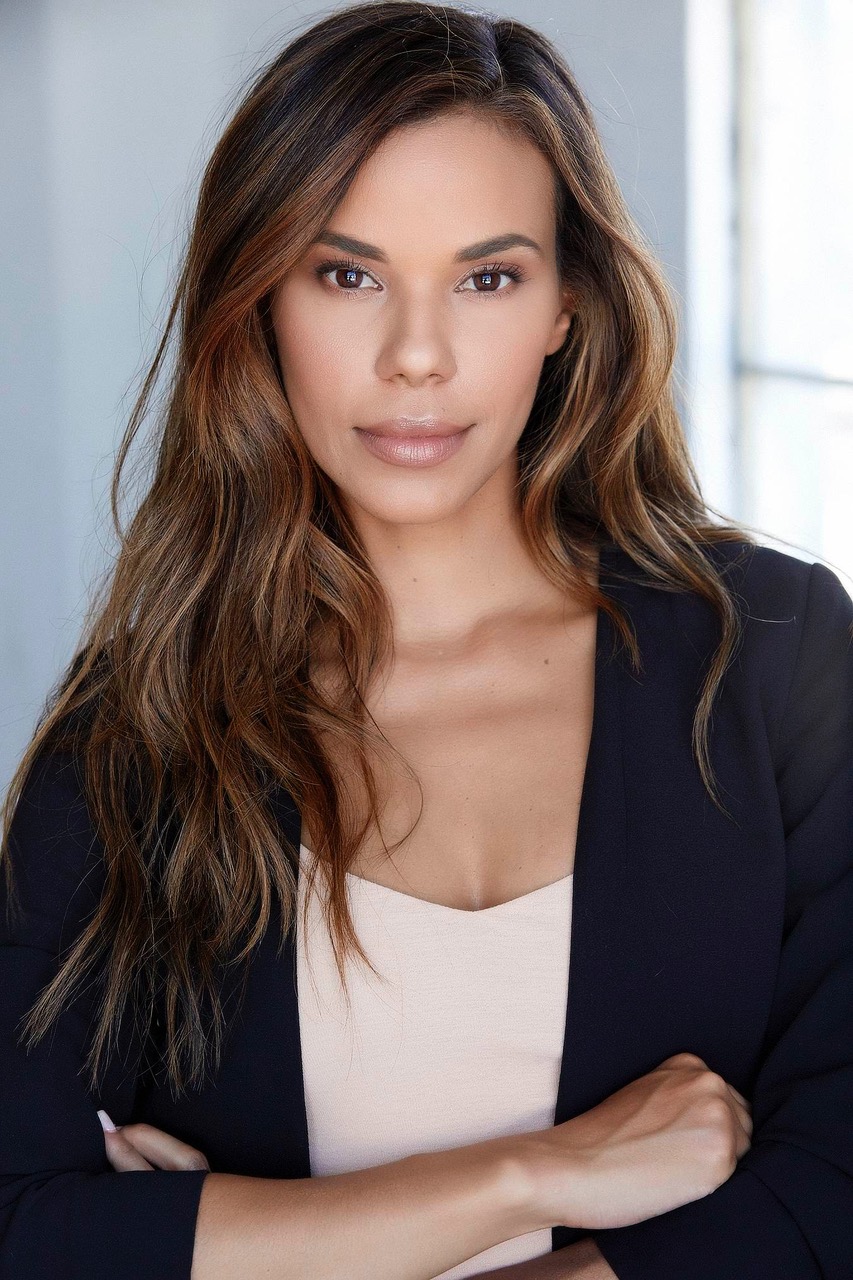