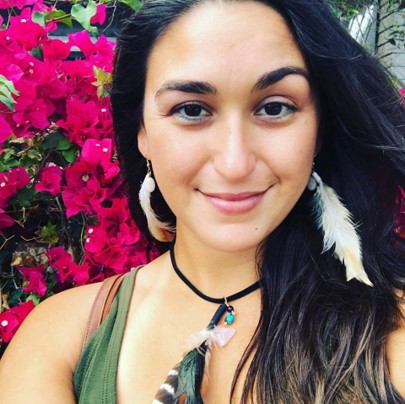 Today we’d like to introduce you to Christina LaRocca.

Los Angeles based international touring singer-songwriter, Christina LaRocca, is not only a musician, but also a visual artist, entrepreneur, and humanist.

A member of the Recording Academy, Christina switched coasts from New York to LA in 2014, finding much of her newfound inspiration from her trek out west, along with musical influences from artists like Lana Del Rey, Lauryn Hill, Elle King, Fiona Apple, and Maren Morris. Raised in an Italian family in New York City, and a descendent of professional musicians, Christina grew up surrounded by musicianship and quickly developed her voice to be one that commanded a room. She has toured the United States, Europe and the UK and has also been seen performing with the famous Café Wha Band, and High Moon Records artist, Ryan Martin. She is also an advocate for all human rights, especially the rights of women and the LGBTQ community worldwide and hopes her music resonates with those who may not feel the same.

Aside from touring, and trying to change the world, LaRocca shows no signs of taking a break in the studio. She just finished recording with Grammy Winning Producer/Engineer, Andros Rodriguez (Pharrell, Justin Timberlake, Madonna), working on what she says is her best work to date.

Christina has also recently composed and recorded music for Chelsea Clinton’s new children’s audiobook She Persisted Around the World: 13 Women Who Changed History, which was released on March 6, 2018 by Penguin Random House. The book celebrates women who have overcome adversity and changed the course of history by raising their voices and standing up for their rights around the globe.

LaRocca also has extensive experience in the music business as a booking agent and has worked for companies like ICM Partners, CEG Talent as well as her own company, L Rock Entertainment, having booked over 2,000 artists in the past decade.

Christina LaRocca currently has 3 previous works available digitally worldwide as well. Her first solo album, I Stand Tall With My Eyes Wide Open was produced by J Glaze and released in 2012. Her first two albums as Christina LaRocca and Heavy Weather were Fire (2010), produced by Grammy winning producer Dan Grigsby, and Miles of Mud (2008). Aside from working in the studio Christina has been hitting the road, and come June 2018, Christina will have performed nearly 150 shows in over 8 countries since August 2017.

Please tell us about your art.
As an artist, I create in a lot of different ways, and not just by writing and performing music. I am also a jewelry designer, painter, writer and photographer. I am inspired by my surroundings, environment, and emotions. Traveling has always proved to be a huge catalyst in pushing my creative boundaries. When you see how the rest of the world lives – you learn so much more about yourself, and where you stand. Why you believe what you believe, and like what you like.

This a huge reason I love touring. Everyday something new, the road, is open and beautiful. The more you see, the more you know, the more you love and accept new things. I just spent 27 days on the road in March playing 21 shows, and spending most of the miles on the road alone. Many people think this I am crazy for it, especially since I am a woman.

I am not afraid. I am about to go to Europe and do the same thing there. Part of the message I want to convey is that I hope that people are inspired to chase their dreams and make them a reality. All of us are capable of anything we set our mind too. Do not be afraid of the unknown.

Another very important part of my message can be heard in my song “I Am Only Human.” We are all only human. Sometimes we fail, sometimes we succeed. Sometimes we laugh, we cry, we hurt, we die. No matter where we are from, what our gender, religion, race, sexual orientation or age is – we are all brothers and sisters and need to recognize that. I would love a world without borders. A world where we all understand each other and help one another grow and proper. I have to believe we are getting closer. It may seem worse than ever but what I really think is happening is that most of us want to see this. We are speaking up. We are listening.

Given everything that is going on in the world today, do you think the role of artists has changed? How do local, national or international events and issues affect your art?
Those with voice should use it. It kind of upsets me how some artists have SO much potential to change things and they choose to stay silent. They are more afraid of losing fans or being too “political” to stand up for what is right. However I do believe the spirit of the 60s folk movement is still alive today. “March for Our Lives” was an incredible event. I cannot wait until that generation is running the world. I believe we have a lot of work to do, but a lot to look forward to as well.

How or where can people see your work? How can people support your work?
I would love if readers could check out my “Child of the Sun” music video that I shot in Joshua Tree with director Jacob Voelzke: https://www.youtube.com/watch?v=So62Uy7Lz3k

You can also listen to the Child of the Sun EP recorded in Los Angeles, CA with produced Robb Torres on Spotify, Soundcloud, iTunes or anywhere else you like to stream or download music. The album artwork is a painting I made along with some mixed media of a cow skull I painted, photographed and super imposed using Photoshop.

I also have a full length album that I released in 2012 with J Glaze Productions called I Stand Tall with My Eyes Wide Open and two prior works with my former band Christina LaRocca & Heavy Weather – Miles of Mud (2008) and Fire (2011) that can be streamed just about anywhere worldwide.

As far as my jewelry goes I have been selling it exclusively at shows but am working towards opening an online shop as well! This past tour I sold over 100 pieces. Which was incredible!

As far as other projects:
I am currently recording with Grammy Winning producer/engineer Andros Rodriguez (Justin Timberlake, Florence & the Machine, Whitney Houston) on a new EP

I am also incredibly proud to be a part of a children’s audiobook written by Chelsea Clinton’s (the daughter of Bill & Hill) called She Persisted Around the World: 13 Women Who Changed History (released March 6th, 2018) with Grammy winning director Dan Zitt. This is a great book for tiny feminist and activists worldwide! 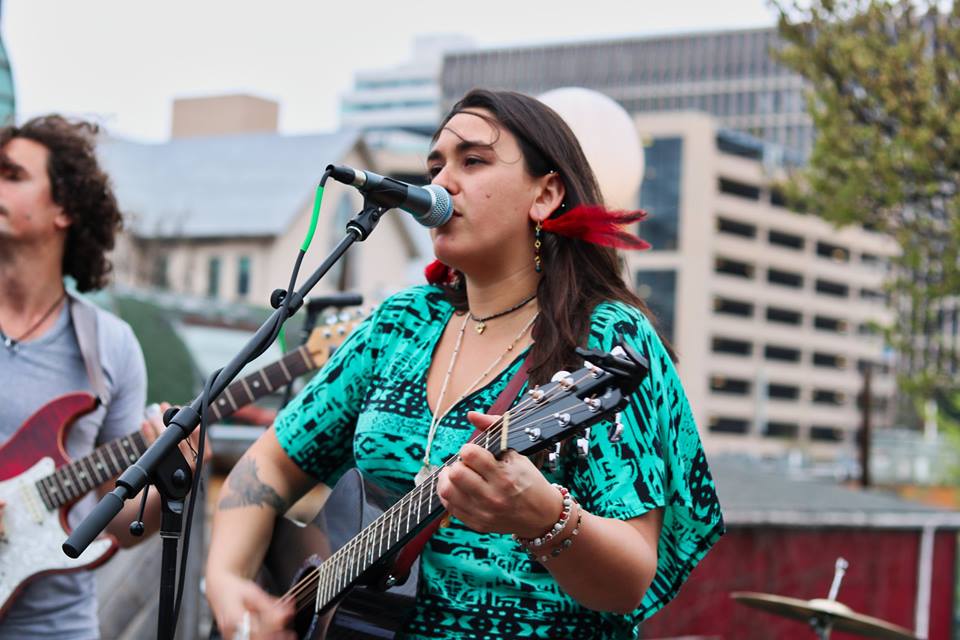 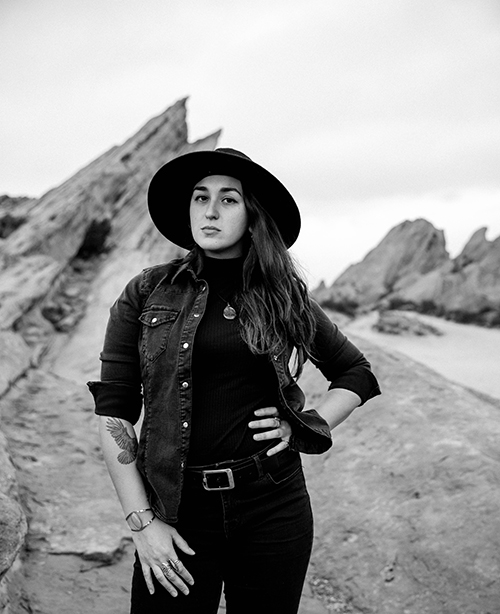 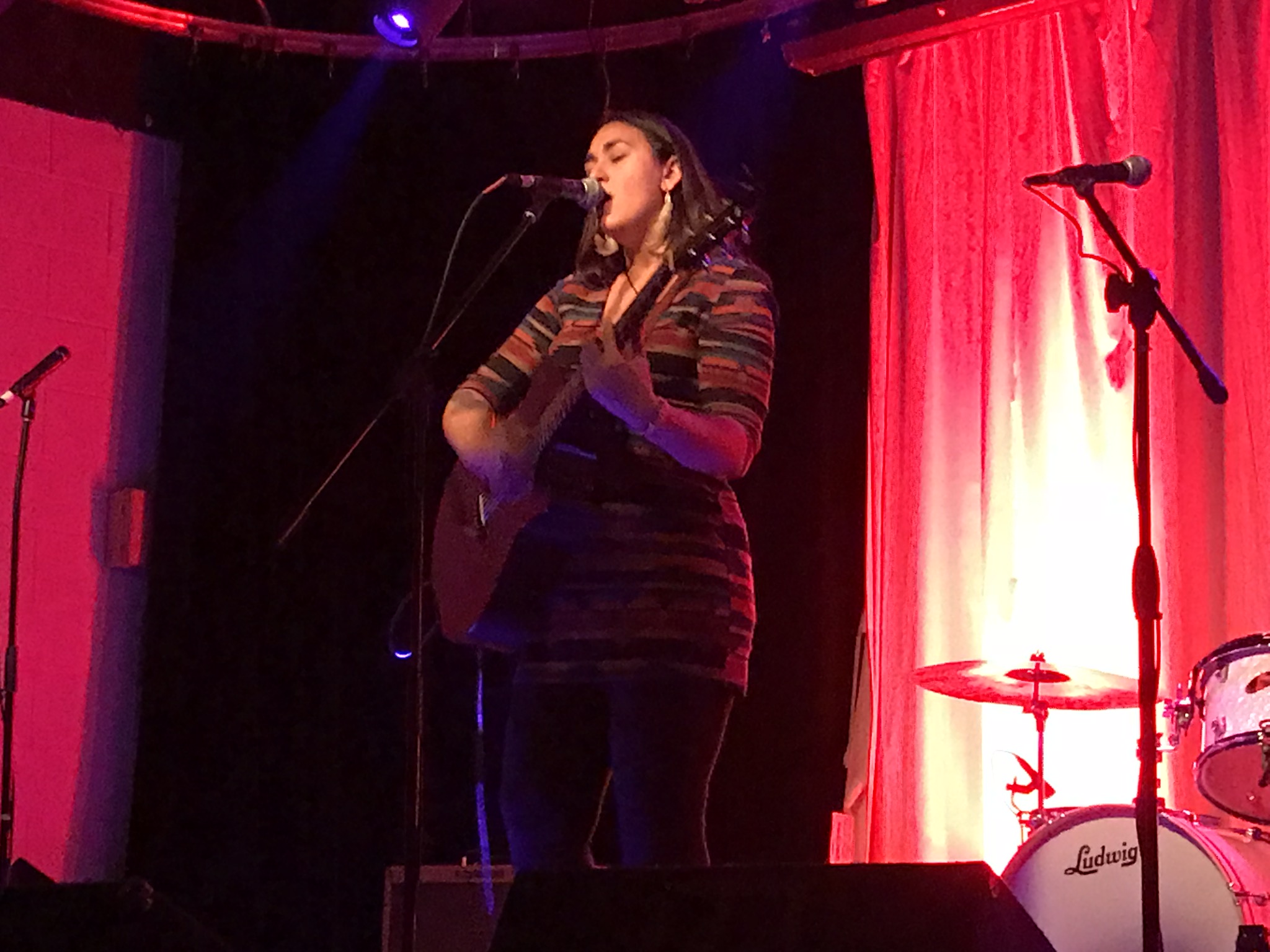 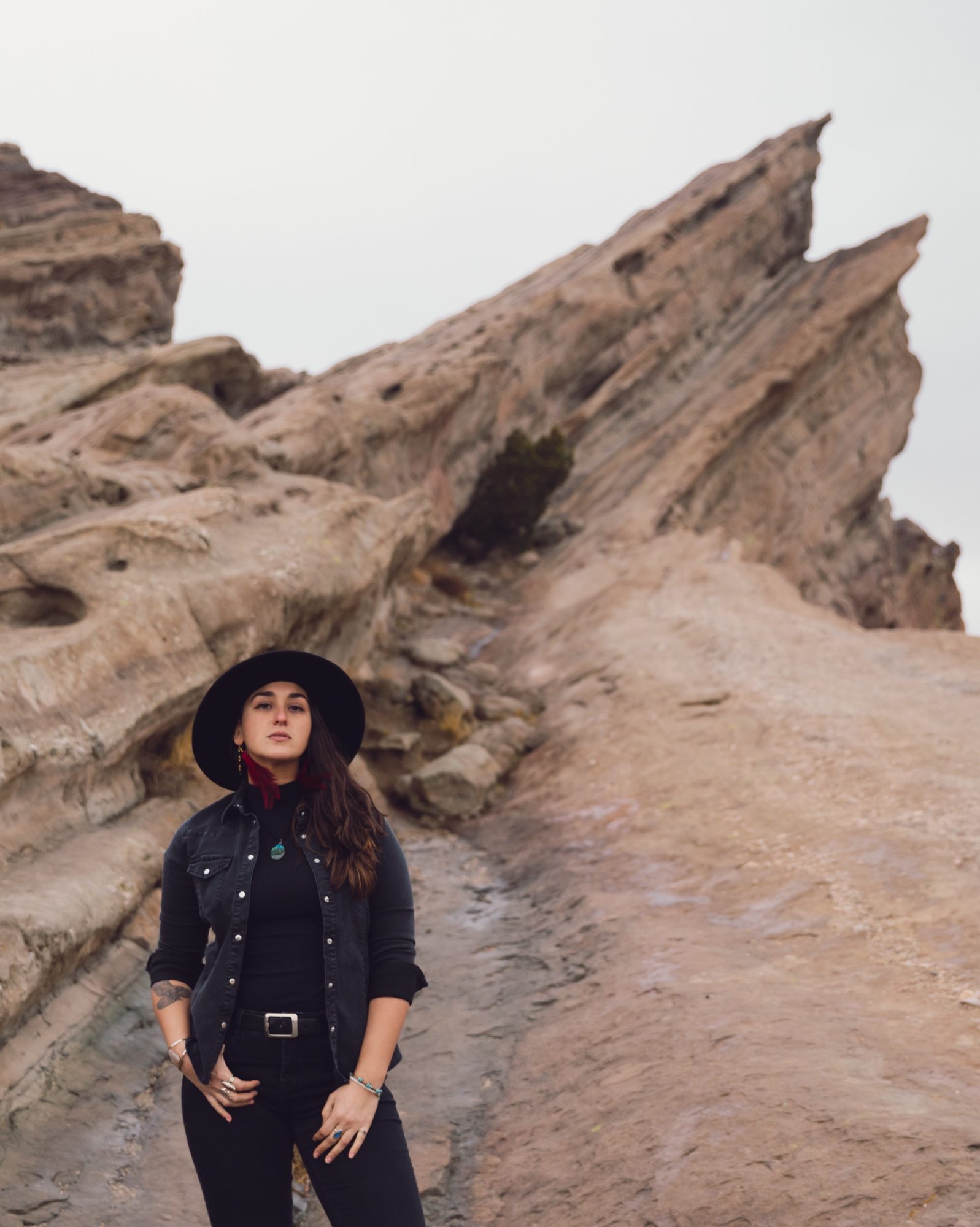 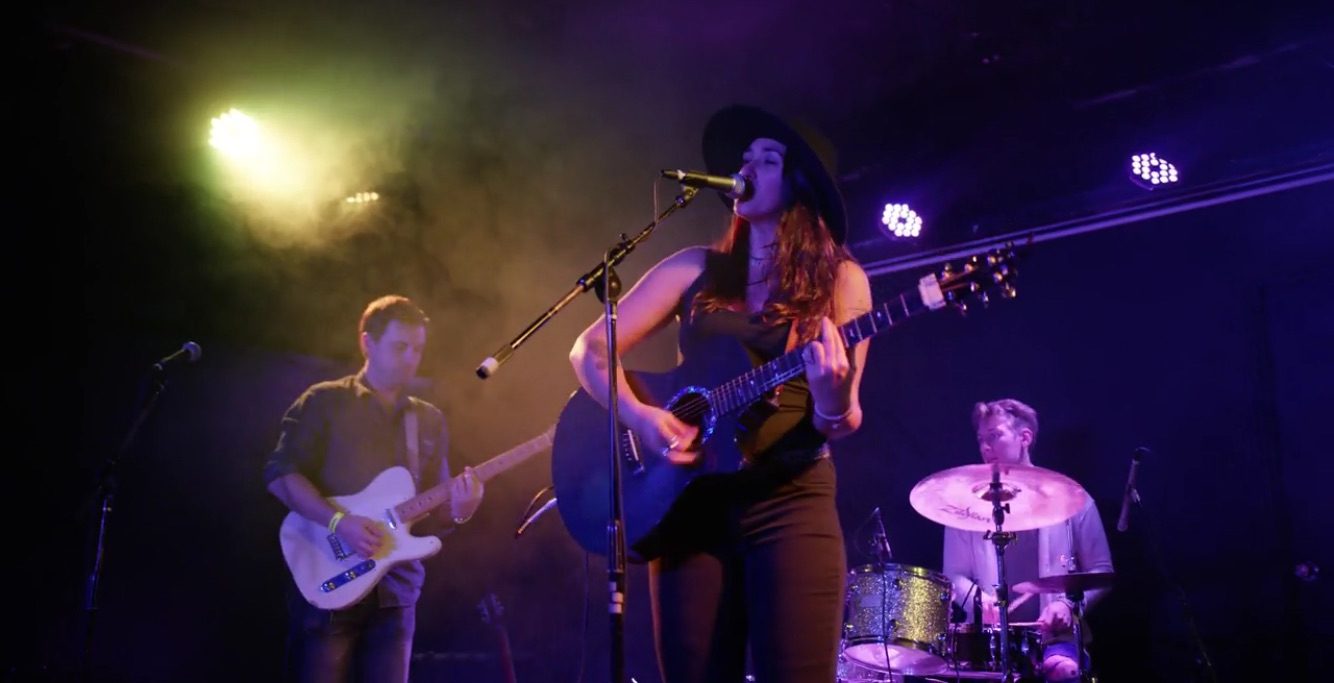 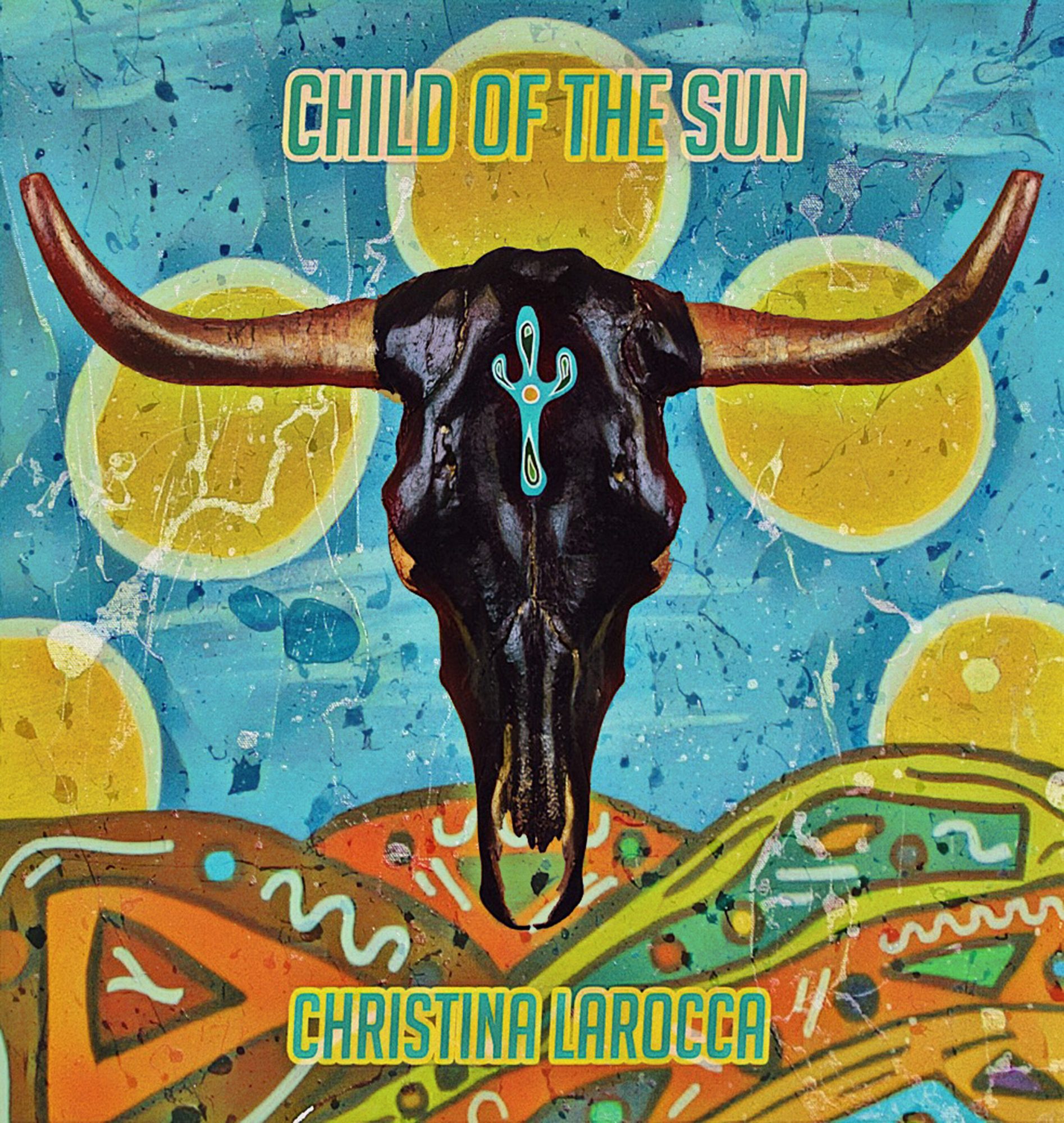