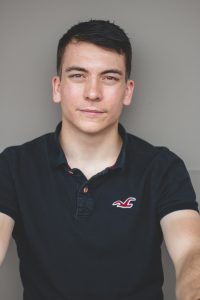 Today we’d like to introduce you to Christian Stark.

Thanks for sharing your story with us Christian. So, let’s start at the beginning, and we can move on from there.
I grew up in North Idaho and started my career in film at a pretty young age. By about 12 I was getting hired locally to create short videos for various events and trainings as well as working part-time at a security company helping to produce multiple short docs and training films every year. It was a really great education, and taught me many important lessons early on, most importantly how to work with teams.

In Highschool, I started competing in National History Day’s documentary competition. I worked with my best friend, Zach Pickering. We went on to win awards regionally and at state, and our love for storytelling only grew. Zach started working with me at the security company as well, and we created a lot of short videos in our spare time—mostly comedic in nature.

I graduated high school at 16 intending to go to the Naval Academy, I had multiple congressional nominations but was not ultimately accepted, so at 17 I enlisted in the Marine Corps Infantry. After completing my training, I was injured at my first assignment and was discharged early due to the medical condition. I was offered one of the best scholarships at California Baptist University for Theatre Arts, and enrolled in both film and theatre.

Graduating three years later with quite a few plays and films under my belt, I ended up moving back to Idaho to take over as Creative Director for the security company I had previously worked at, taking on more responsibilities. After just a few months back, I was accepted into the University of Hawaii’s MFA Directing program and couldn’t pass it up, especially at my age and limited experience.

So I moved to Hawaii and started working in theatre and film there, doing a few shows and working as an extra on Hawaii Five-0; but I was still eager to go to a top-notch film school. I applied to a few schools, but USC was always my top choice.

Ever since I learned of the prestigious film school I wanted to attend, even back in high school—but I had resigned myself to the fact that I would never get in. Well, I got a letter from them in the spring which I promptly tore open, and to my surprise, I got in. I packed my bags again, moved back to California, and started school at USC’s prestigious film school.

After my first semester, I needed a break from academia, so I went back up to Idaho for a bit where I worked part-time as a PI until I got the call from a producing friend doing a doc. Within a few weeks, I was on a plane heading to Alabama first and then on to Uganda, Africa to work as one of the cinematographers on his upcoming doc series “The Good Road.”

After returning home I decided to return to USC where I’m now working to complete my MFA in film production, and outside of school, I’m very busy working on several projects. I wrote two feature films last year, one of them was optioned that same year. I have two films currently at festival “Vers La Lune” and “The Door;” I recently was awarded a Best Student Short award and a Best Short Director award for them.

I’m now directing a feature documentary about the crazy over-population of stray cats here in Los Angeles and the people that protect and care for these amazing creatures, it’s called Stray: Wild Cats of Los Angeles. It’s been a wild ride, but I’m incredibly grateful for these experiences and the awesome blessings that God has given me.

Great, so let’s dig a little deeper into the story – has it been an easy path overall and if not, what were the challenges you’ve had to overcome?
There have always been obstacles for me along the way, I grew up poor in rural North Idaho. Kids from there often don’t even leave the state, let alone to pursue a career in film or travel to another country. School wasn’t easy for me either, I didn’t have parents or family footing my bills.

I worked so many jobs to pay for college and my personal film projects, I don’t think I can remember them all but to name a few I’ve been a: barista (various coffee places including Starbucks), bartender, private investigator, web site designer, photographer, hostage survival instructor, climbing instructor, and a few other cool opportunities.

I think having to earn things has made me work harder though, and really learn to appreciate what I have. I’m so grateful for all the great blessings in my life. I’m not afraid of challenges, and as difficult as they can be I want to try and embrace them and learn from them whenever they come my way.

Stark Productions – what should we know? What do you guys do best? What sets you apart from the competition?
My business is telling stories, and I’m always looking for opportunities to tell new stories in creative ways. I try to work primarily as a director and writer first, but I also really enjoy working as a DP, and I often shoot my own projects. My primary focus lately has been developing my feature scripts and developing my feature documentary, “Stray.”

What moment in your career do you look back most fondly on?
I don’t know if ‘proudest’ is the right word, but one of the highlights for me has been working on my first feature script. I actually read this best-selling book “In the Presence of My Enemies,” Gracia’s Burnham’s true story, back in high school as a part of my security job.

Gracia and her husband Martin were missionaries in the Philippines and were taken captive by a terrorist group and held in the jungle for over a year of starvation, freezing, and constant gun battles—but God got Gracia through it. I remember tearing up as I reached the book’s conclusion and instantly thinking ‘man this would make a really great movie.’

Fast forward several years later, the idea for the film came back to me as I was started USC and I started pursuing Gracia about getting the rights to do the film. Gracia has been approached by a lot of filmmakers, far more seasoned filmmakers than myself, and has always said no—but for some reason, she didn’t say no to me. So I started writing the script, and just a few short months later, I sent my agent a draft.

At the time I was both proud and thinking that Greg was just being kind and encouraging me for getting a draft, but just a few months later, we met with producers, and a few months after that we signed an option agreement. It’s been a really amazing process, and I’m just grateful for the experience and the fantastic people involved in the project.

I truly hope the film gets made because Gracia’s story is absolutely inspiring. I would say to anyone who is going through a rough time, get Gracia’s book and read it because you’ll be encouraged and inspired to keep going, life is worth living. 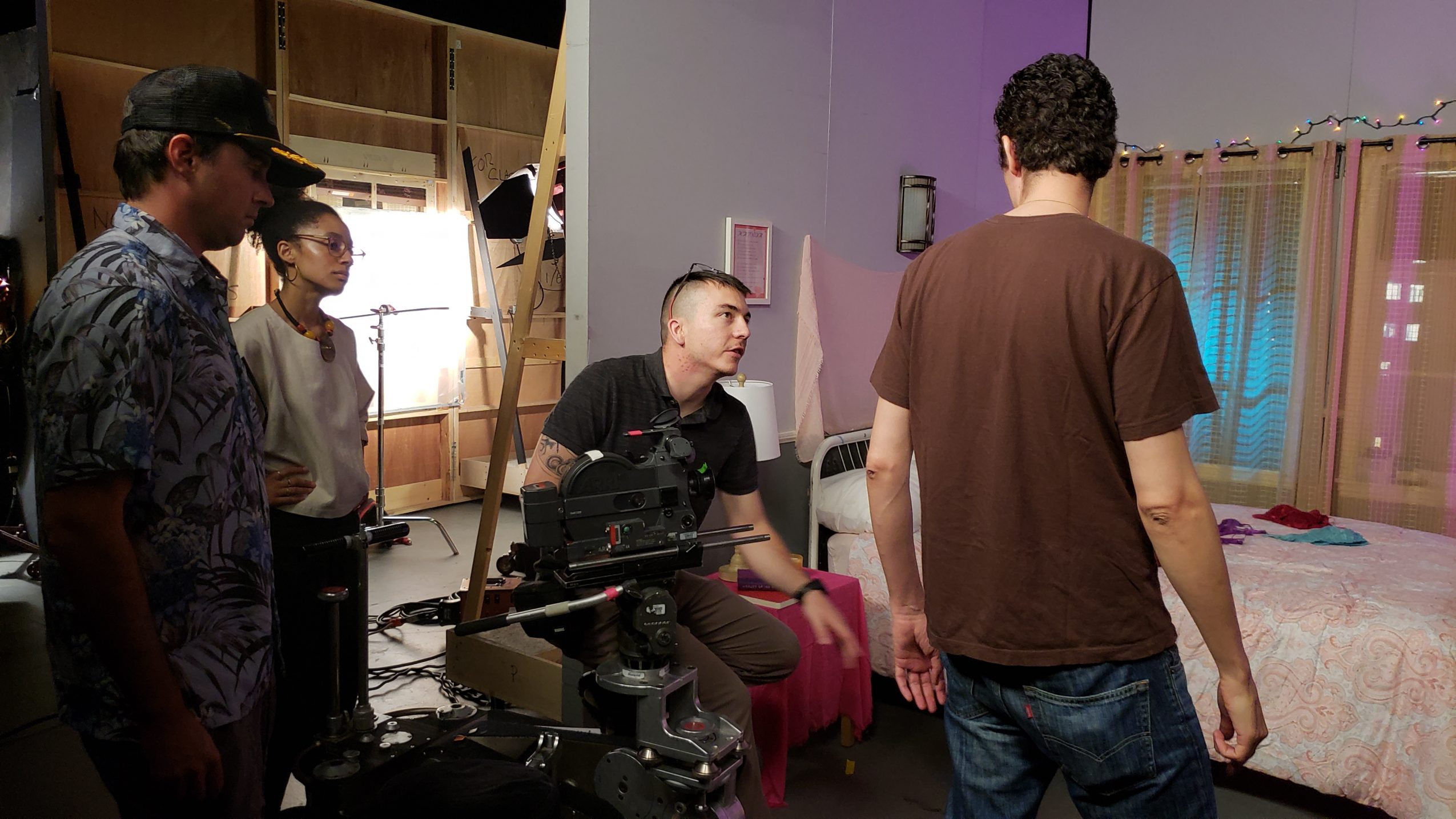 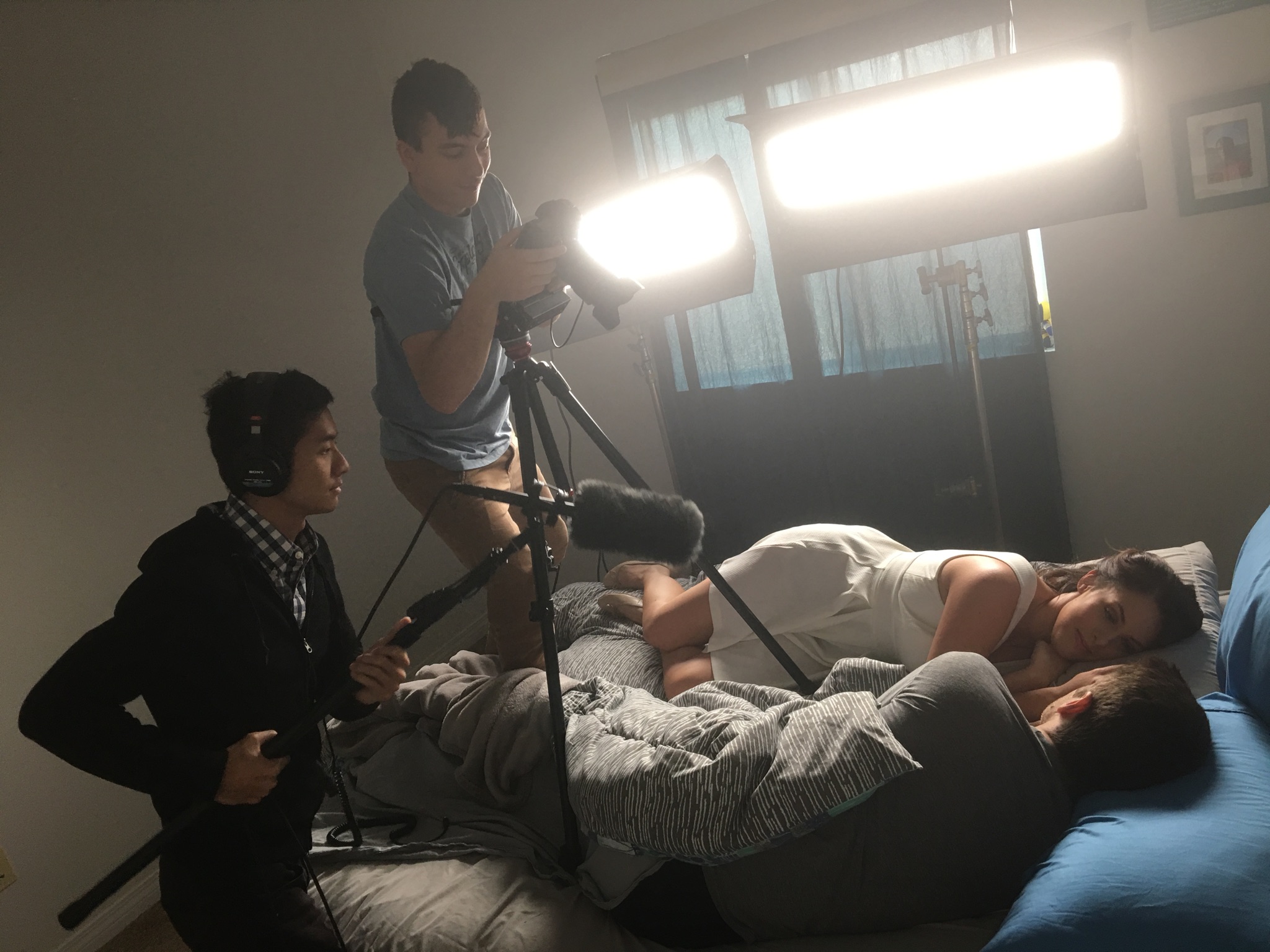 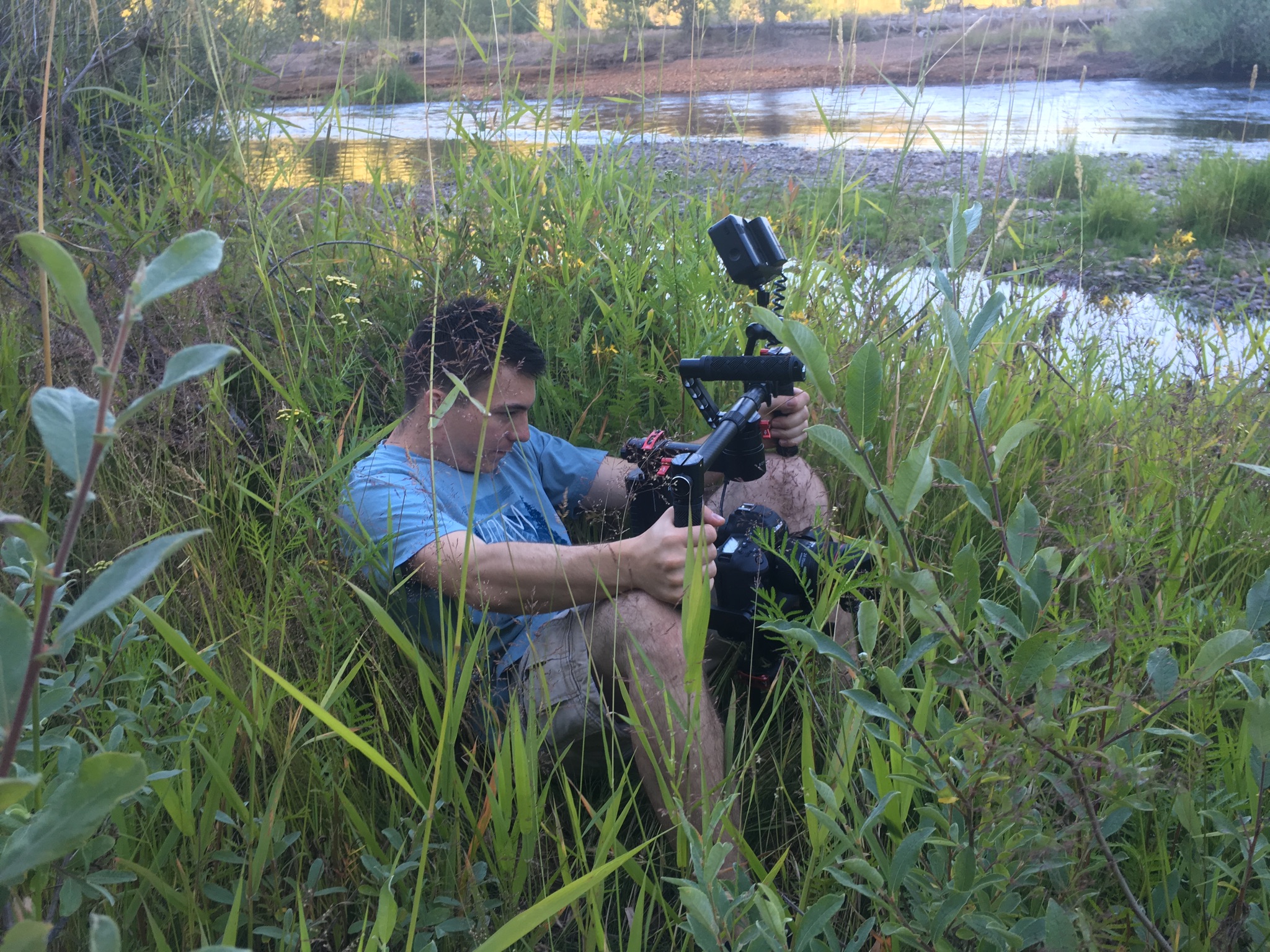 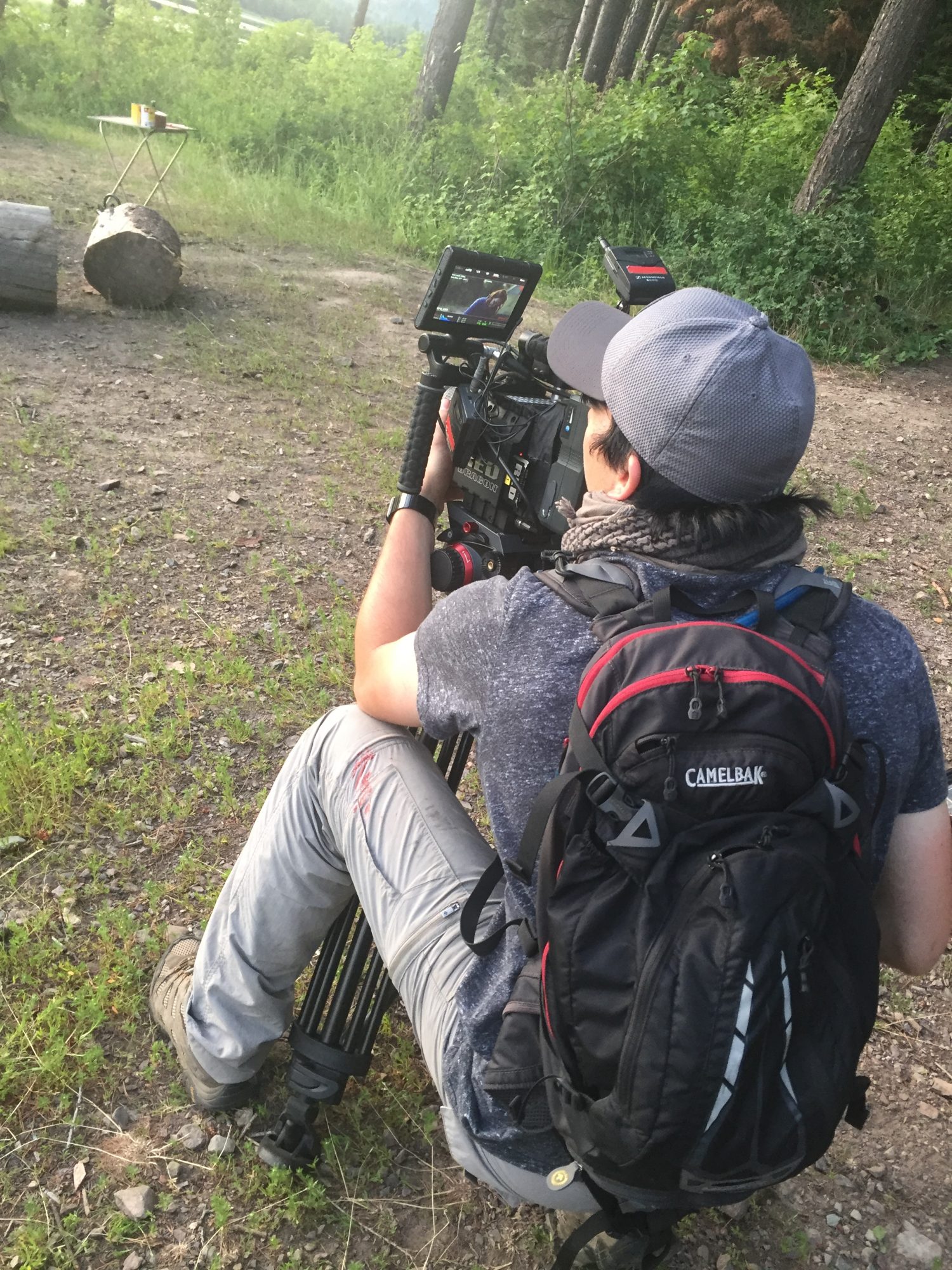 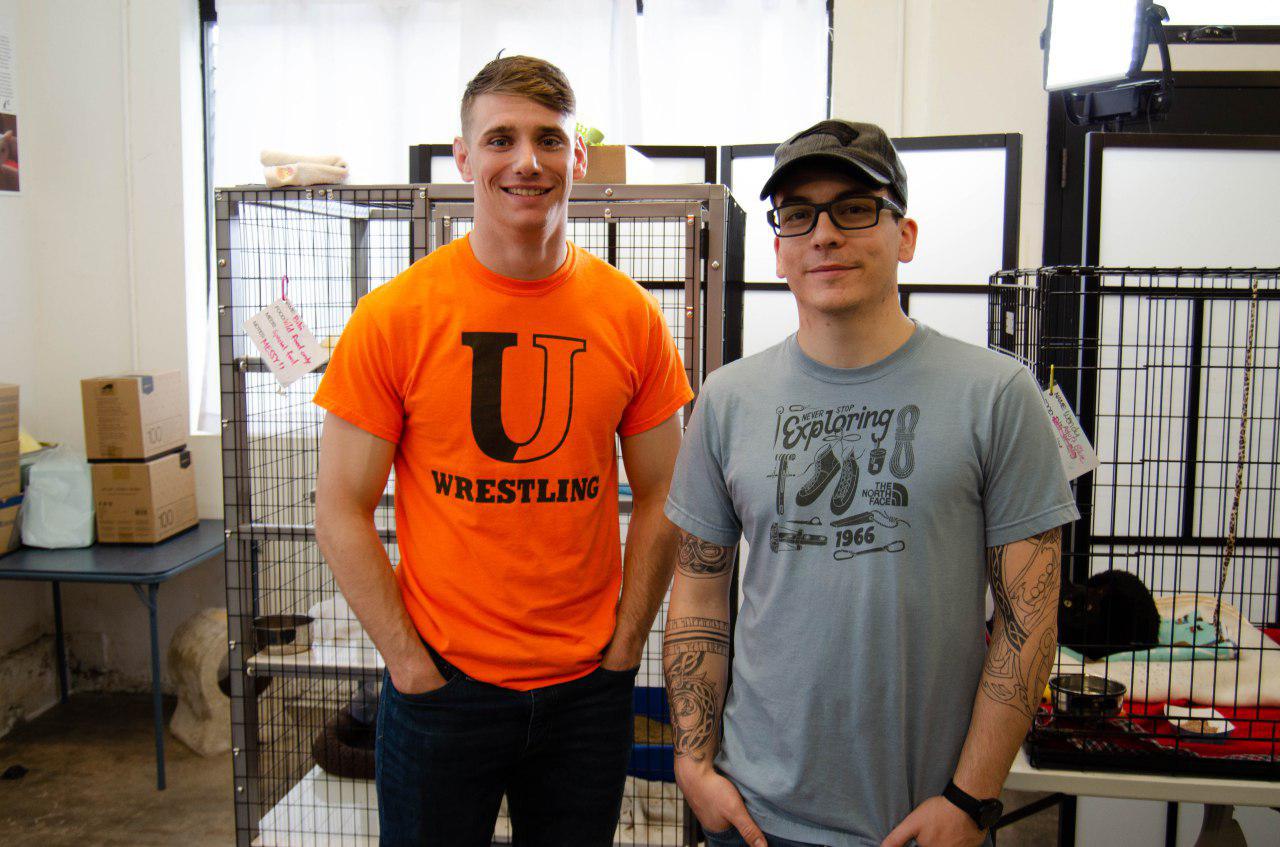