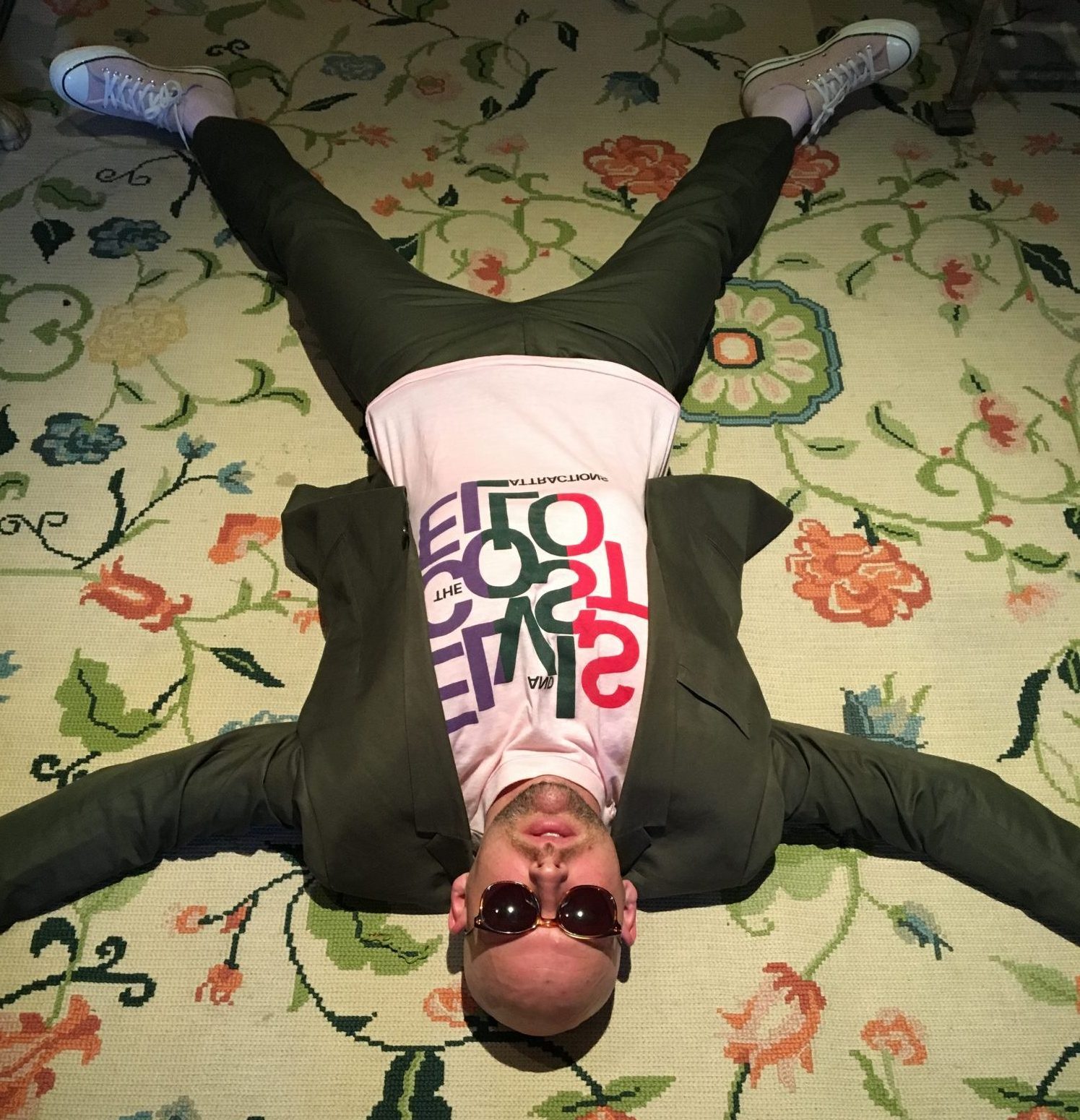 Today we’d like to introduce you to Christian Gibson.

Christian, let’s start with your story. We’d love to hear how you got started and how the journey has been so far.
I grew up around music. More specifically I grew up around the music business. My father started the pioneering Public Relations firm, Gibson and Stromberg in 1971 and worked in the industry until I was a teenager. During that time he worked with everyone from Elton John to Bobby Brown. Music and musicians were a constant presence in the house.

My first experiences with creating music was around the age of twelve. I inherited two boxes of vinyl from my grandmother. One box was primarily classical music and the other was filled with pretty middle of the road blues records. My older brother, Existereo from the LA hip hop group The Shape Shifters, recommended I get some turntables and a sampler in order to start making beats. We both grew up in LA and were deeply influenced by the underground hip hop scene here. At first I made pretty terrible instrumentals with little to no idea about how music was meant to be constructed. It was an amazing learning experience! I had so much fun getting lost for hours on end. I still try to keep that naive sense of wonderment and exploration with me to this day.

Around 14, I got an 8 track cassette recorder that allowed me to start collaborating with local rappers and musicians. The songs were still raw and unpolished, but I began to realize that I was making baby steps toward developing my voice as a musician and producer.

During my sophomore year in high school, my family relocated to Portugal. We lived on a farm in a town called Sintra about 40 minutes from Lisbon. Within a few weeks I found a community of musicians, poets and singers that were all inspired by the same sounds I was into at the time. We partied and made music together like a big family during the five years that I spent in there. My musical horizons opened up during this period and I began to embrace genres outside of my roots in hip hop. After finishing school, I moved to the UK in order to further my education in audio recording and music production.

I enrolled at the Liverpool Institute for the Performing Arts. Liverpool was a rather bleak place to spend my early twenties, but it continued to mold and shape my style and sound. I was heavily influenced by the local sounds of groups like Portishead, Massive Attack, and Lamb. It was also my first introduction into using computers to compose music. I discovered Ableton Live from a classmate and never really looked back.

Once I moved back to California, I started interning at Track Record Studios and started playing shows. I spent all my free time working with local musicians and writing music. It was around this time that my interest in becoming an educator really bloomed. I started out offering private lessons in music production and eventually moved into instructing music production courses at colleges and high schools throughout Los Angeles.

This mix of teaching during the day and writing at night allowed me to live around music 24/7. It was at this point that I took my first steps into producing for other artists. I built a home studio and starting invited artists to come record. Some early projects included Cadalack Ron, Bizzart, Know Ghost, Nacosta and Angolan griot Nastio Mosquito. Producing really allowed me to refine my skills inside the studio. In 2015 I felt comfortable enough to begin working on my first solo album “Cloud Forms”. The album was entirely produced and composed by me and was a very cathartic process in taking a project from inception to completion.

Right now I am working on a series of three EPs that I’m getting ready to release entitled “The Practice of Human Flight.” Each song features a different vocalist which was a real journey in the art of collaboration for me.

Throughout all of my travels and experiences, music has been a constant. I’ve always had such a deep admiration and respect for its inexplicable powers. It feels like that one friend that doesn’t give up on you. A dependable sonic companion.

We’re always bombarded by how great it is to pursue your passion, etc – but we’ve spoken with enough people to know that it’s not always easy. Overall, would you say things have been easy for you?
As any working musician will tell you, once of the main things to overcome is the crippling self-doubt that you deal with. I constantly second guess decisions in the studio. Through the years I’ve learned to trust my instincts and have come realize that creativity is a process. The final product justifies the means.

On a more difficult note, one of the hardest obstacles to overcome was the death of one of my close friends and collaborators from an overdose in 2014. That shook me to my core and it took a long time to get back in studio. When I was finally able to write again, I started working on what became my album “Cloud Forms”, which is a tribute to her and several other loved ones that I had lost around that same time.

So, as you know, we’re impressed with Christian Gibson – tell our readers more, for example what you’re most proud of as a company and what sets you apart from others.
I specialize in making emotive songs out of a combination of electronic sounds and traditional acoustic instruments. Early on I was inspired by the art of sampling, but as I learned more about music theory I started to focus more on creating my own unique sounds and patterns. When producing a record, I try to find the right balance of acoustic and electronic elements to create a particular journey. My latest single “Tethered” featuring Slow Shiver is a good example of this aesthetic.

I pride myself on my musical tastes that have been formed out of my experiences. The people I’ve worked with and the places I’ve lived affect the sounds I create. I just returned from a trip to Japan and look forward to translating those memories into sonic pictures that will be told from my unique perspective.

So, what’s next? Any big plans?
Right now my focus is finishing my current project “The Practice of Human Flight” which I’ll be releasing as a series of EP’s over the next few months. I’m also starting to put together a live show to accompany the songs. For the first time I may incorporate other musicians on stage with me, as well as a video component. Follow @christiangibsonmusic for more details. 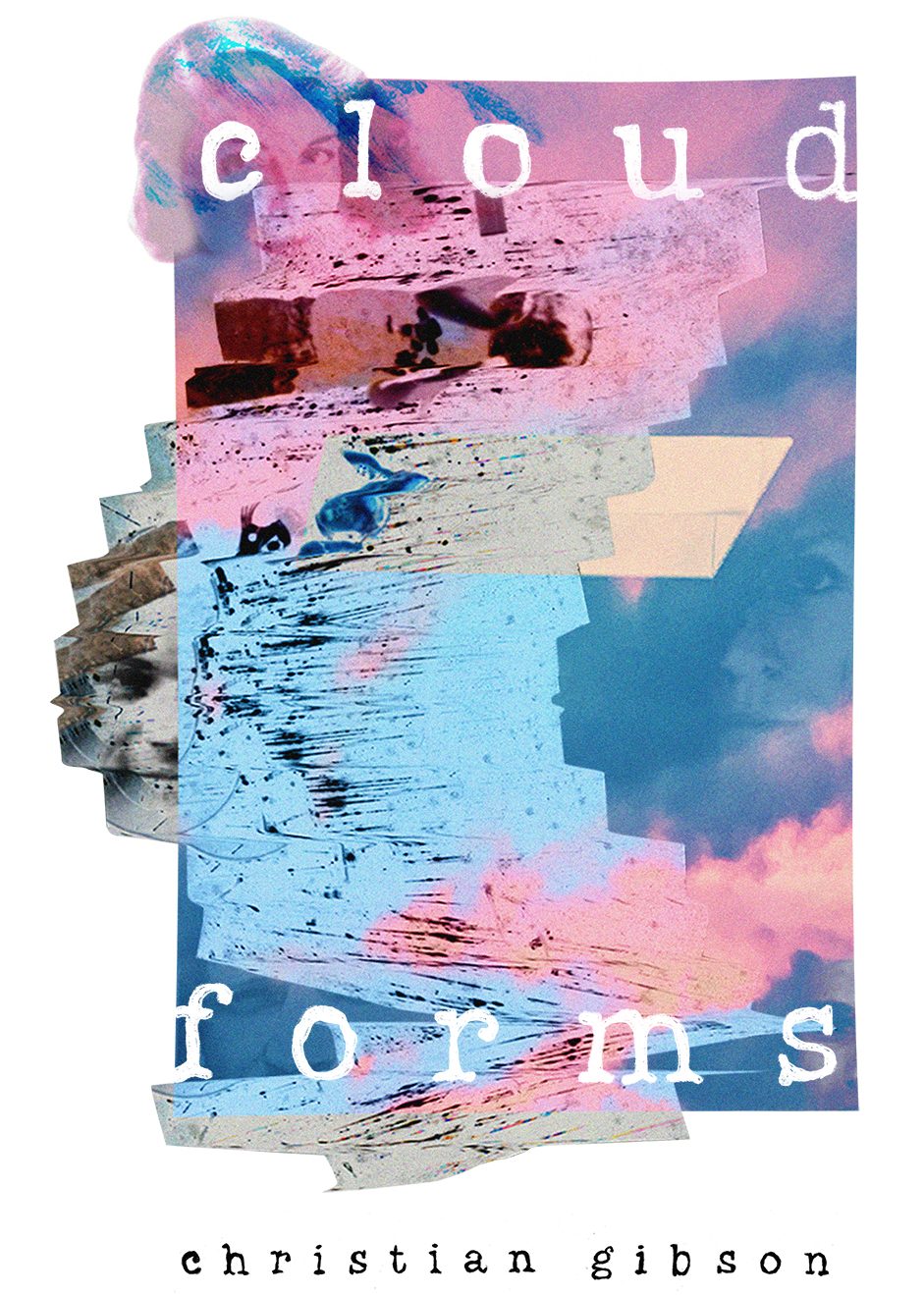 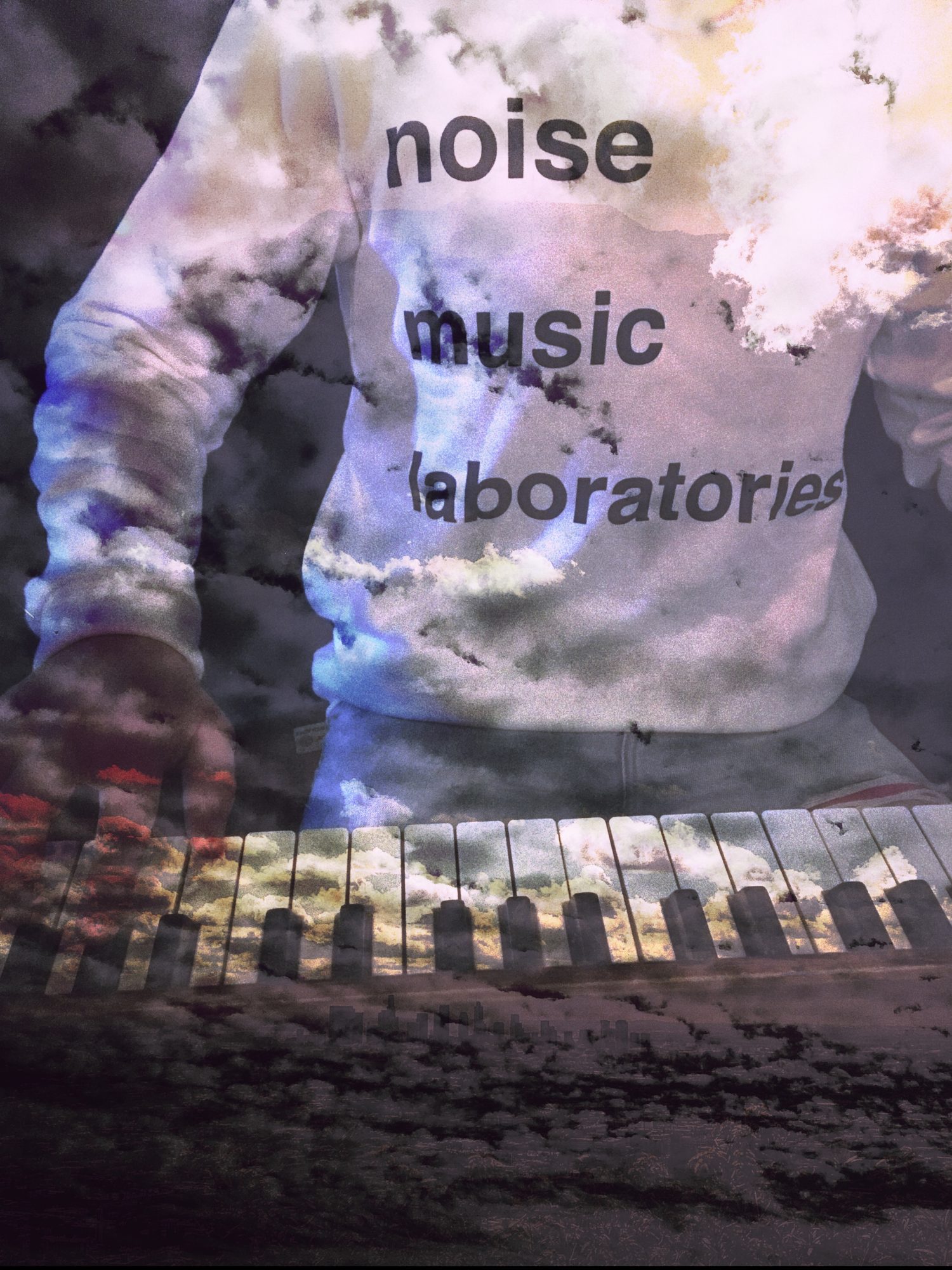 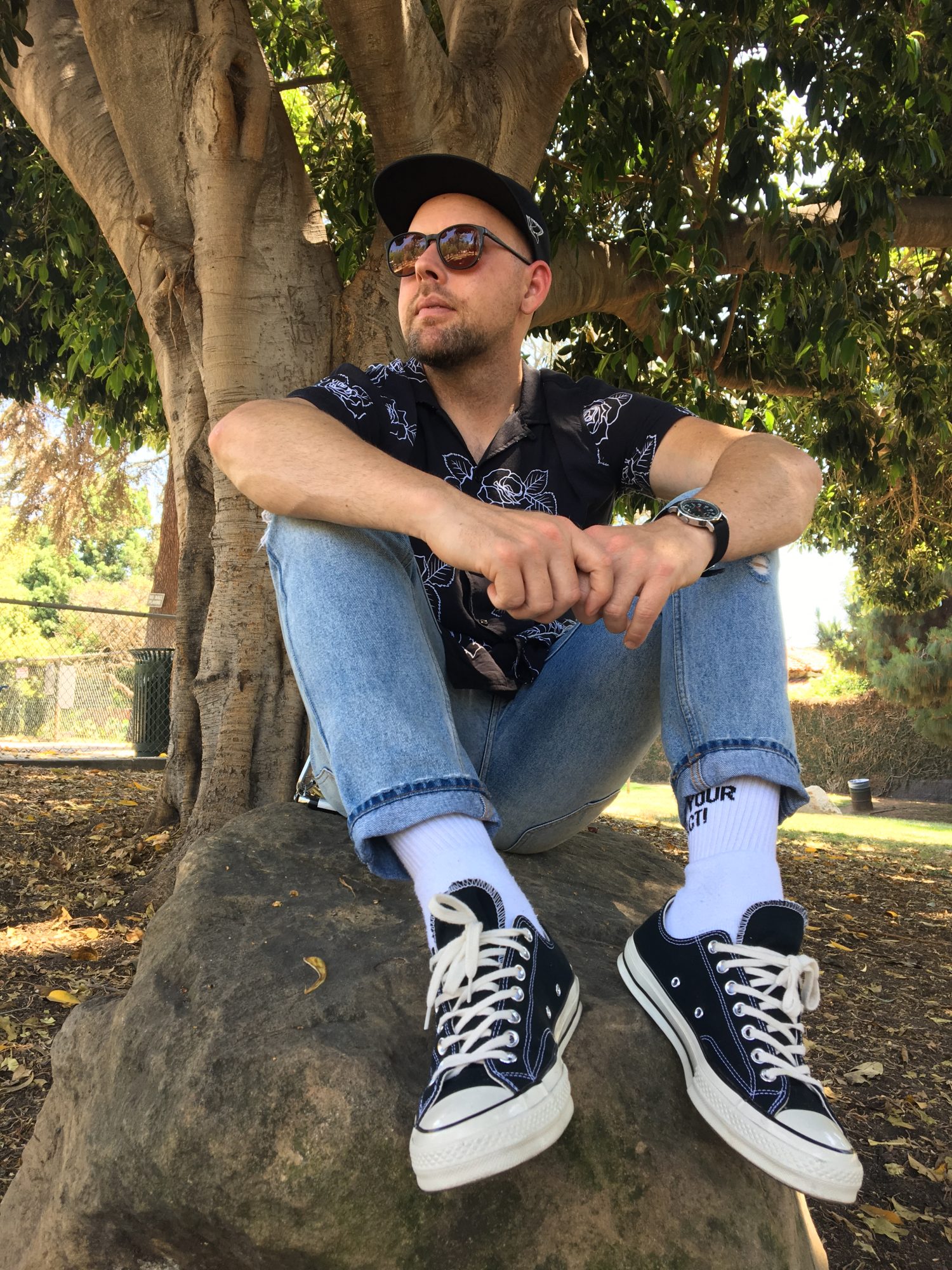 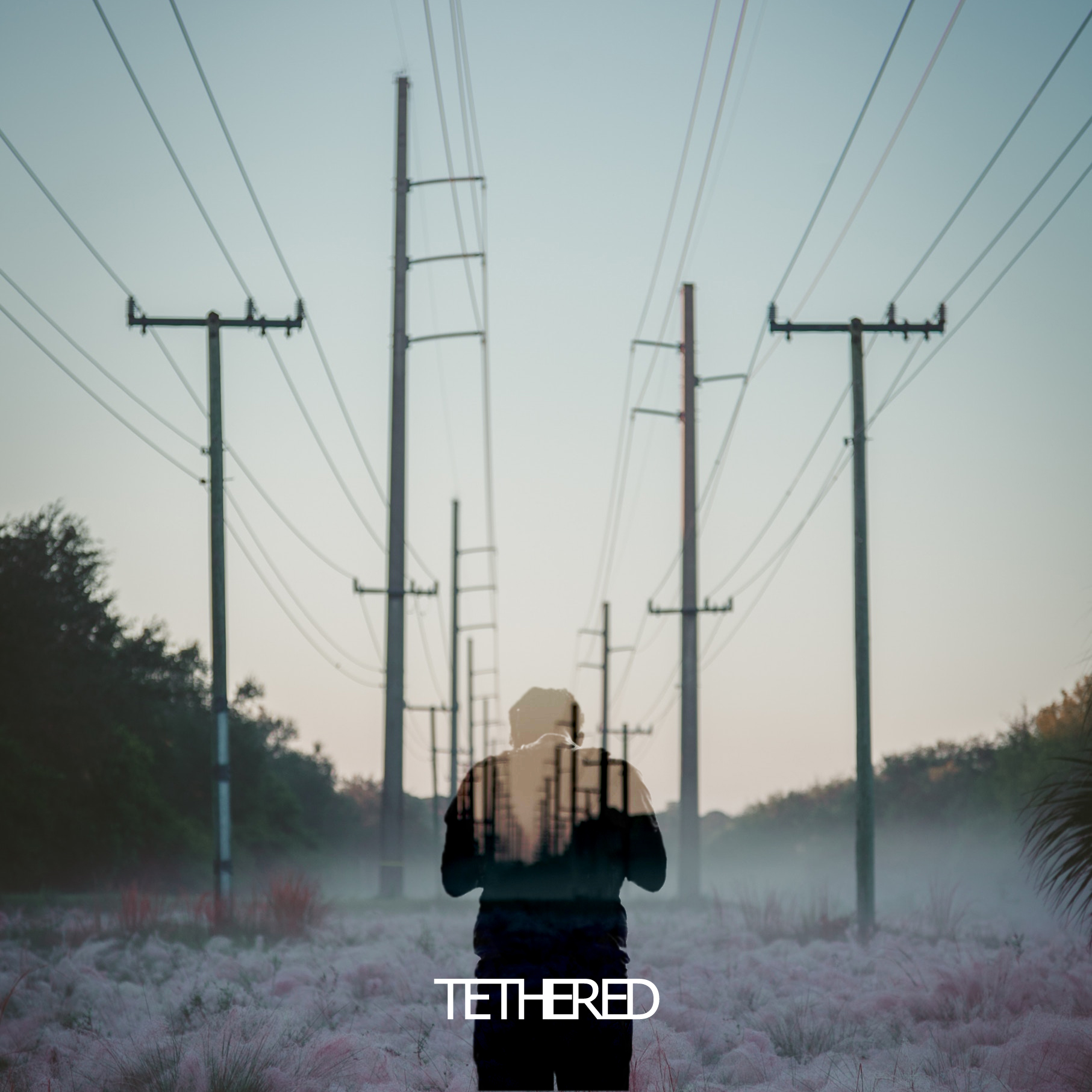