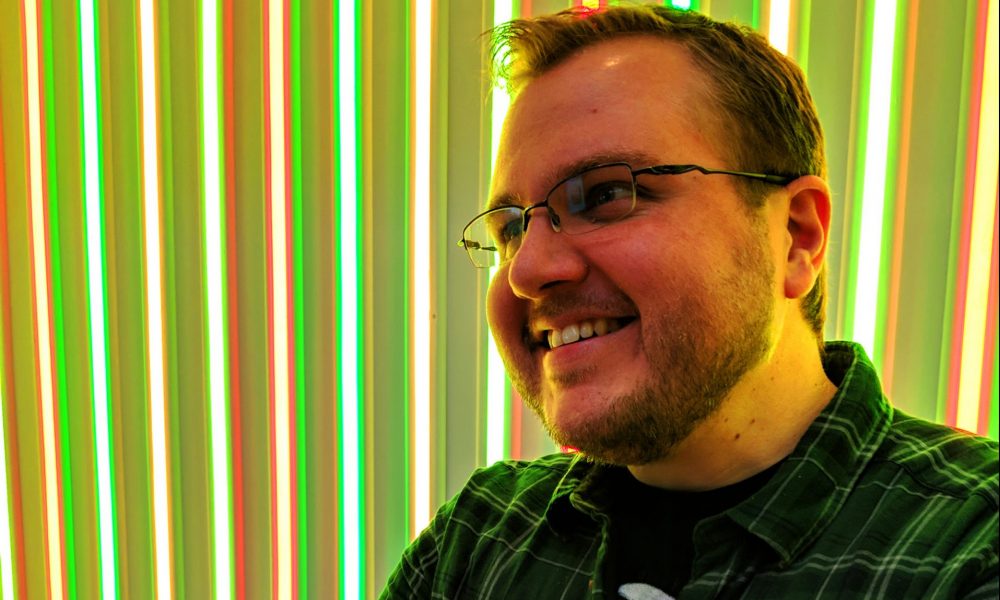 Today we’d like to introduce you to Chris Porter.

Chris, please share your story with us. How did you get to where you are today?
I’m a freelance composer, sound designer, and writer working in films, animations, podcasts, and theater events–and I’m very fortunate that people want to work with me in all those different fields! I create immersive productions as the Associate Artistic Director for The Speakeasy Society. I’ve composed music for Independent Shakespeare Company’s Griffith Park Free Shakespeare Festival. I’ve even composed some music and songs for an educational program based out of Singapore!

I graduated from Baldwin-Wallace University with a BMA in Music Composition and a Minor in Creative Writing. So I’ve always had an interest in the intersection between music, sound, and storytelling. Those interests really came together when I attended California Institute of the Arts to earn an MFA in Music Composition. But CalArts is a great place to find ways for different artforms to coexist. I started working with some animators and eventually convinced them to let me record the voices and do the sound effects–with the hope that I could blend the music and sound into a cohesive whole.

Right after I graduated, I met Julianne Just–who was attending CalArts to earn her MFA in Theater Direction. She was working on her thesis project and asked if I could do the music. We worked together great and the final production was one that everyone involved was very proud of–so she introduced me to her other collaborators, Genevieve Gearhart and Matthew Bamberg-Johnson. They had just founded The Speakeasy Society.

After that, I like to say that the theater community ‘adopted me’. Speakeasy started asking me to do the music, then sound, then write some of the scripts before ultimately making me an Associate Artistic Director. My connections through the actors I had met at CalArts then led me to Independent Shakespeare Company. And so on.

I continue to work on films and animations here and there, too! But right now, I work as a producer and editor for CurtCo Media, a new podcast company, where among the shows I’m helping to create, I am in the midst of writing an episodic sci-fi podcast called “Solar.” I’m also a co-host on When Last I Left, an improvisational comedy storytelling podcast where listeners get to submit story ideas. And it’s an opportunity I never would have had if things didn’t align and I hadn’t met the right people.

Great, so let’s dig a little deeper into the story – has it been an easy path overall and if not, what were the challenges you’ve had to overcome?
There are always challenges. Sometimes I didn’t have enough work. Sometimes I had a day job that prevented me from doing the work I love. Sometimes I had too much work with similar deadlines and I’d let something fall through the cracks. It’s always difficult to maintain focus and productivity when you want to do it all!

But I’m very fortunate with the people I work with. I continue to create with people I admire and people who support me and believe I have a voice to contribute. Find people like that and they will help you keep your head above water!

We’d love to hear more about your work and what you are currently focused on. What else should we know?
Pretty much every theater project I’ve ever worked on has at least a few high points I want to remember the rest of my life.

In 2019, The Speakeasy Society converted a play cycle we created into a singular production (nearly 2.5 hours!), staged all over the Moutainview Mausoleum in Altadena, CA. It was loosely based on Dalton Trumbo’s “Johnny Got His Gun”, about a WWI soldier who loses his face and limbs and is struggling to communicate with the world around him while being trapped in his own mind. Hours of blood, sweat, and literal tears went into its creation. Seeing how deeply it affected some audience members was a truly meaningful experience.

For ISC, they really take time to delve into the text and discover what Shakespeare was saying–so I do that too! I try to attend as many rehearsals as possible. I try to use the sound and music to add another layer of subtext to the story unfolding. I did a production of Othello with them and tried to use drones and wind and even simple things like a ticking clock to create an ever-present layer of paranoia for the audience–just like what the characters were feeling. But it was all built around Desdemona’s half-remembered singing of the song “Willow.” I began with that song and worked it backward so by the time the actress sang it, the audience kind of half-remembered it, too.

The actress in that production, Kalean Ung, later created her own show, “Letters From Home,” After discovering her father, Chinary Ung, a world-renowned composer, had boxes of letters from friends, family, and even people he barely knew begging for his help to escape the Khmer Rouge. By investigating what her father was able to do in that time, she uncovers new ways of understanding her father, her family, her heritage, and herself. Woven throughout, we hear her father’s music–and it was really a moment of full-circle for me. I had studied Chinary Ung’s scores as I was earning my music composition degrees! To be able to weave in my studies with my new home in theater was a great experience.

Ultimately, I do everything in my power to make the music, the sound, and the story a single coherent experience for the audience. Even in movies where the audience is so far removed from the actors and sets–having the audience feel the story is of the utmost importance. And I’m lucky I get to do that in so much of my creative work.

Do you look back particularly fondly on any memories from childhood?
I have a favorite memory of remembering a memory from childhood!

I play the bassoon, and in undergrad, I was part of our conservatory orchestra. We were playing Till Eulenspiegel by Strauss. It’s a narrative tone poem about a town trickster playing pranks on his fellow villagers until he finally gets in trouble…or does he?

But I’ve listened to it multiple times. The orchestra has been rehearsing it for a few weeks. And suddenly we hit this one part of the piece–that, again, I had head multiple times!–and my brain shot back to when I was maybe six or seven! My parents had taken my brother and I to the Baltimore Symphony Orchestra for a Saturday morning performance geared towards children. In addition to playing concert works, they had other performers: jugglers, dancers, clowns, and magicians!

And sure enough–I suddenly remembered an entire dance number with magic all performed with Till Eulenspiegel! It was a memory I had lost entirely–until this one random moment and it all came flooding back to me!

And I still marvel at how good it was to have parents who exposed me to art and culture! Because even though it was buried in my mind somewhere–clearly music and storytelling became a major part of my life! 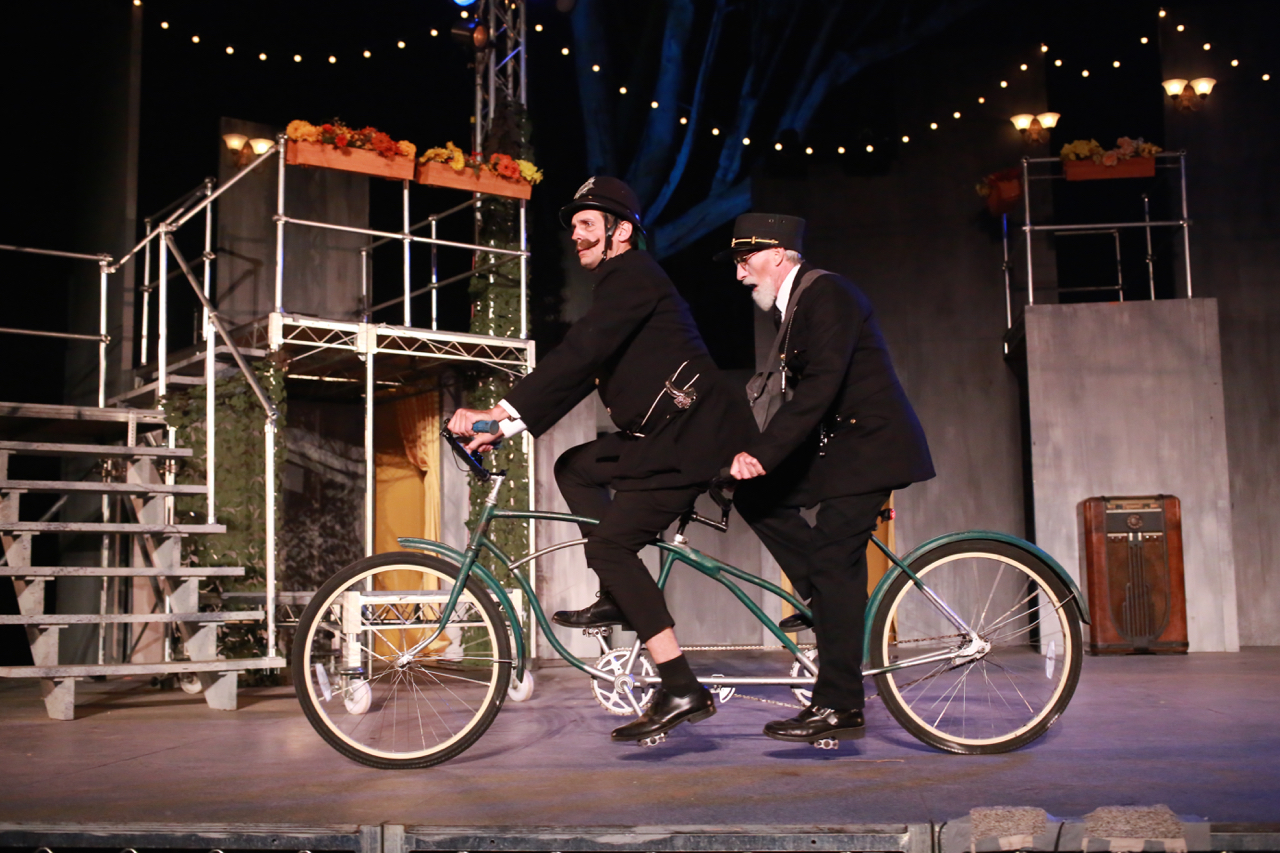 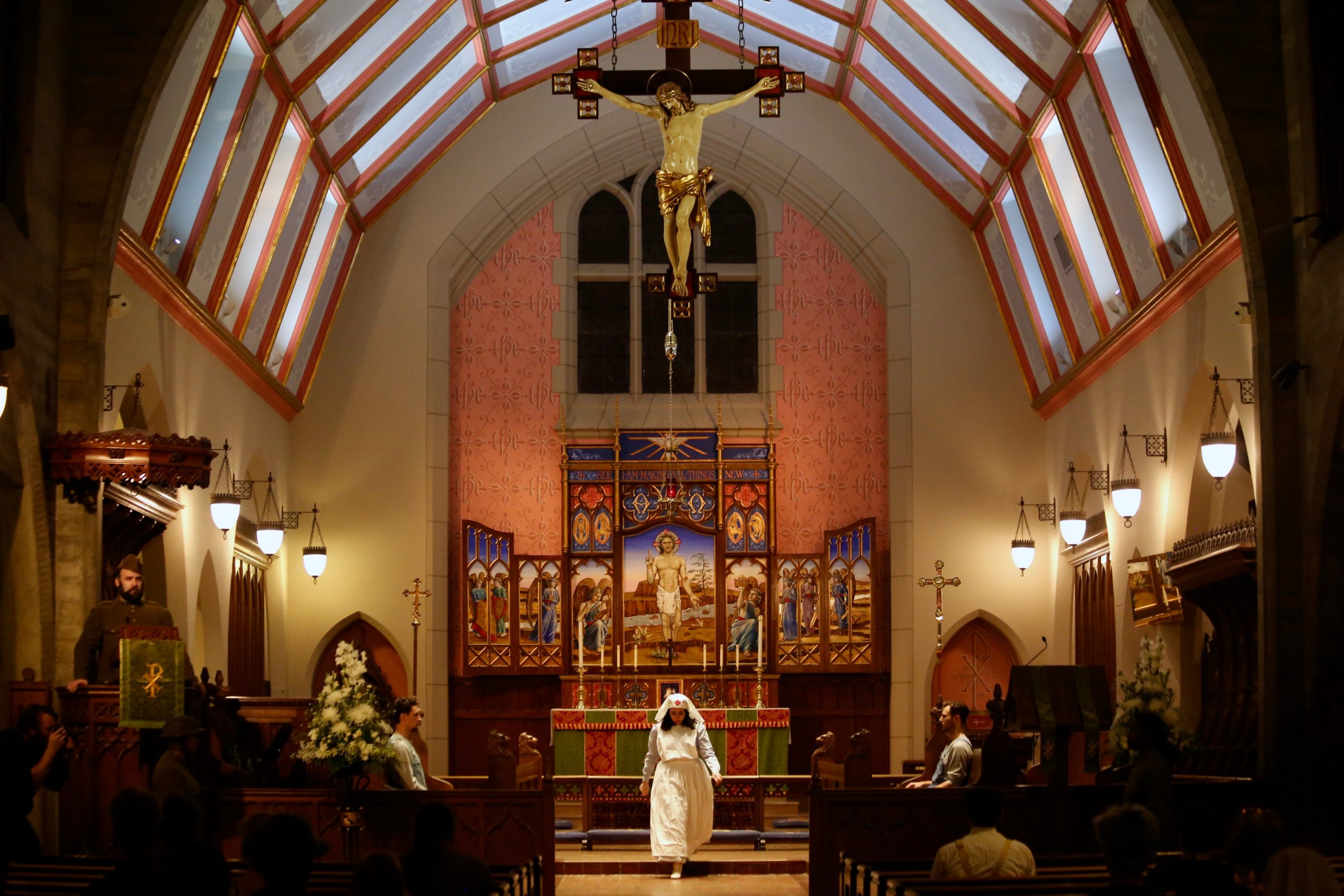 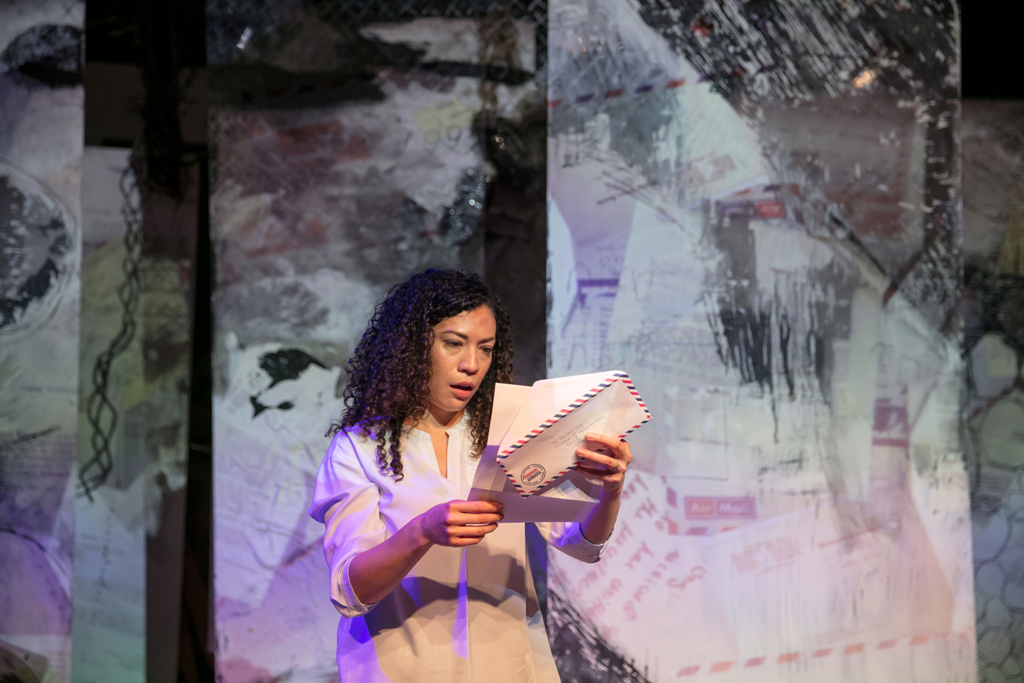 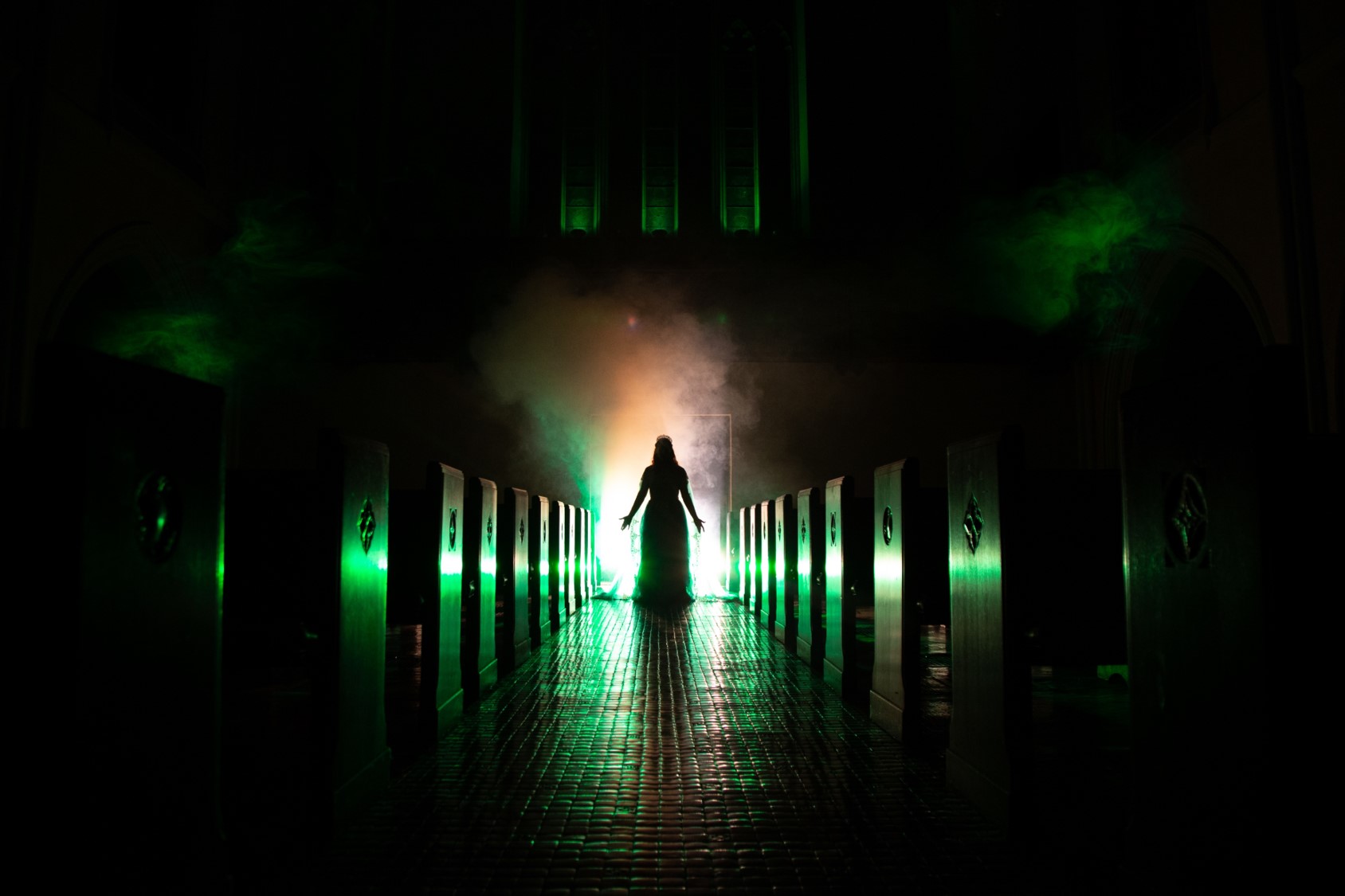