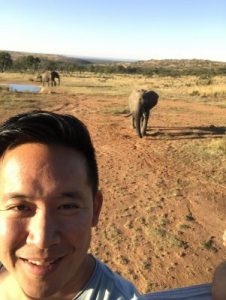 Today we’d like to introduce you to Chris Young.

Chris, let’s start with your story. We’d love to hear how you got started and how the journey has been so far.
I went to College then directly to law school, then worked for the District Attorneys office for a short period of time, hated it, then went and worked for a law school professor in entertainment law. It was fun for a bit as I got to produce and help find funding for some short films but in the long run, I knew I didn’t want to do it.

I randomly met a client who happened to have a jewelry company, her name was Jacqueline Brown and her brand was BesoBeso. I knew nothing about fashion or jewelry but ended up investing a little bit of money in it. I realized soon that I needed to help out with the business operations and quit my day job and went full time into fashion. In a period of over a year I built a sales team and streamlined the backend, and we ended up selling to everyone from Nordstroms, Neiman’s, and 200 other boutiques. By the second year, the company had grown and we were approached by a Dutch investment group which asked to purchase our brand and our assets and distribution. I ended up selling the company to them.

In the next chapter, the Dutch investment group (FD9) asked me to co-run the company and they gave me a new check for $2MM to start a fashion incubator. We actively looked for small fashion brands to invest in so that we could help them with all the backend operations. We also developed merchandise for Paris Hilton, Yolanda Foster (Hadid), and a few other celebrities. We also developed a wearable memory which I called the “Coordinates Collection”. These were basically bracelets and necklaces w/ a coordinate engraved in them and a matching memory you could send to a friend/partner/etc. This brand ended up doing the best out of all of our investments and broke almost $10MM in sales within a few years. In the meantime, we were approached to be purchased by Science INC (Venture Fund in Los Angeles). I decided at that point to move on and enter business school because I was so far into e-commerce and entrepreneurship that I wanted to hone my business acumen more, and was interested in venture capital. We ended up taking FD9 Group public and it was acquired by Reign Sapphire Group and listed on the stock market

I went to USC at this point and won a competition which helped fund my next company, a parking technology company called “WHIPP” which helped parking operators manage inventory and automatically check cars in and out using Bluetooth technology. We signed up two of the largest parking operators in the US including Republic Parking and Classic Parking. Meanwhile, I started working for two venture funds – Amplify.LA and also Lamppost Group. I invested in a few small e-commerce companies including Pink & Blue and Neon Beige.

During the summers in Business school, I started picking back up my love of both photography and cooking. I worked weekends and nights at a catering company and a restaurant called “Fantasea Grill” – thinking of maybe doing culinary school in the process.

The AHA moment happened when I reconvened with an old friend I grew up with who had an Instagram account and was selling terrible low-quality jewelry but making $100,000 a month because her account had over 1 million followers (this was back in early 2015).

I sat down and thought long and hard about what I wanted to do and what skills I had to offer that could get me to do what I wanted to do for free at the least, or better to get paid for it. I ended up starting a Youtube Channel which promoted travel and food reviews and started getting free meals. My love of videography and photography helped me enable my channel and my Instagram, and before long I was cold pitching hotel chains like the Ritz Carlton, Kimpton hotels, and the W, and getting free stays and getting paid to travel, blog, and photograph/videotape.

As this continued to grow I found out that influencer marketing was here to stay, that in 2020 it’s going to be a 20 billion dollar industry, and that direct marketing messaging by companies just isn’t seen as genuine anymore. I also realized that companies need to produce so much content every single day because it is being consumed at such a voracious rate and that it’s expensive for them to do so – and so I continued to travel/produce content/blog but also wanted to develop a business to take advantage of this.

Digital agencies had already been doing this, but their problem was that they were limited by scale. They could only make a small percentage of the fee between the influencer and the company(client) but at the end of the day they couldn’t figure out how much to really charge a client. This is where we started developing MagicLytics. We incorporated an algorithm and started analyzing all the e-commerce companies that we had invested in and found that there was a way to predict revenue that an influencer could bring in based on a variety of different data sets we would harvest and analyze. Currently, we have a few large clients and are building it out so that the company becomes more and more automated.

Great, so let’s dig a little deeper into the story – has it been an easy path overall and if not, what were the challenges you’ve had to overcome?
No, there were times at our company where cash flow was so tight that I had to tell our employees we couldn’t pay them for a month or two and had to convince them to stay on board. Also as an entrepreneur, the path is always unclear. You go in thinking one thing and then something else completely different happens. Lastly, what’s not talked about very often is that there is much uncertainty in income – in the sense that sometimes there will be big paydays and other times there will be no payday at all. Also, many entrepreneurs are “unemployable” once they have been on the path of entrepreneurship for a long time. They may have certain skill sets but it is tough for them to integrate into a traditional company because many larger companies are afraid of the independent mindset.

Alright – so let’s talk business. Tell us about Magiclytics & Coordinates Collection – what should we know?
Magiclytics – We are at the forefront of influencer marketing because we use data from companies past sales in and past campaigns to predict future revenue from future campaigns. We are not the first to do this but we are part of maybe 3-5 companies (that aren’t in stealth mode) doing what we are doing. We signed up a dozen clients before we were even done building our first iteration of the product.

Coordinates Collection was an interesting company because it was actually just an internal test of technology we were pioneering – 3d printed jewelry at scale and at an affordable cost. We developed the brand just as a testbed for these technologies and to showcase what we could accomplish. It just so happened that people liked the idea behind it so much that it took off as a brand on its own and became a multi-million dollar revenue company within its first year.

Is there a characteristic or quality that you feel is essential to success?
The ability to fall down and get back up. Also the ability to connect dots and create paths that one normally would think to do so. I believe being an entrepreneur is about making leaps of faith in as much information as you have at that time. You are by definition doing something different or new as an entrepreneur and essentially creating something out of nothing. It requires a lot of appetite for risk, but it also can be really rewarding at the end of the day. 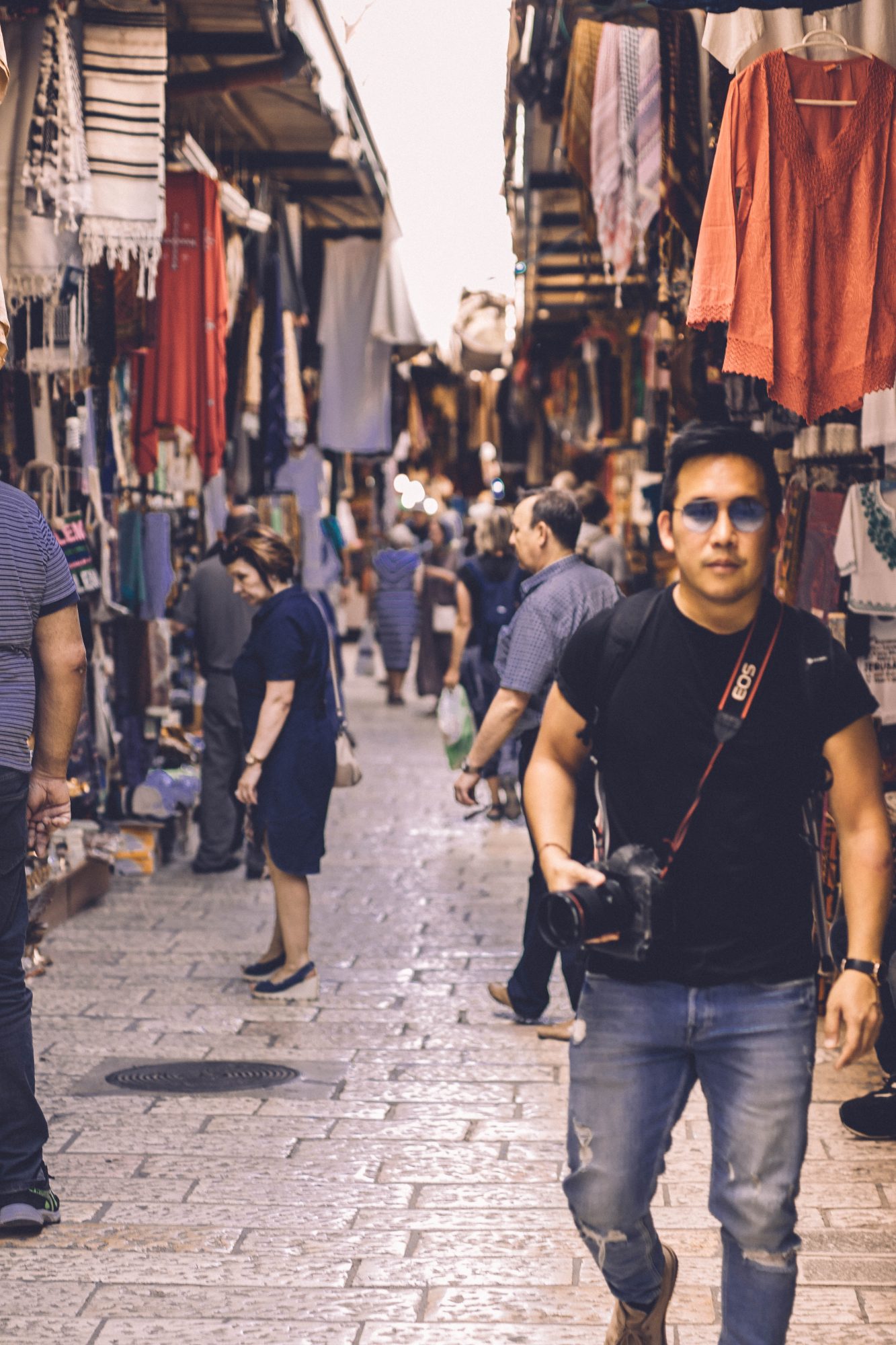 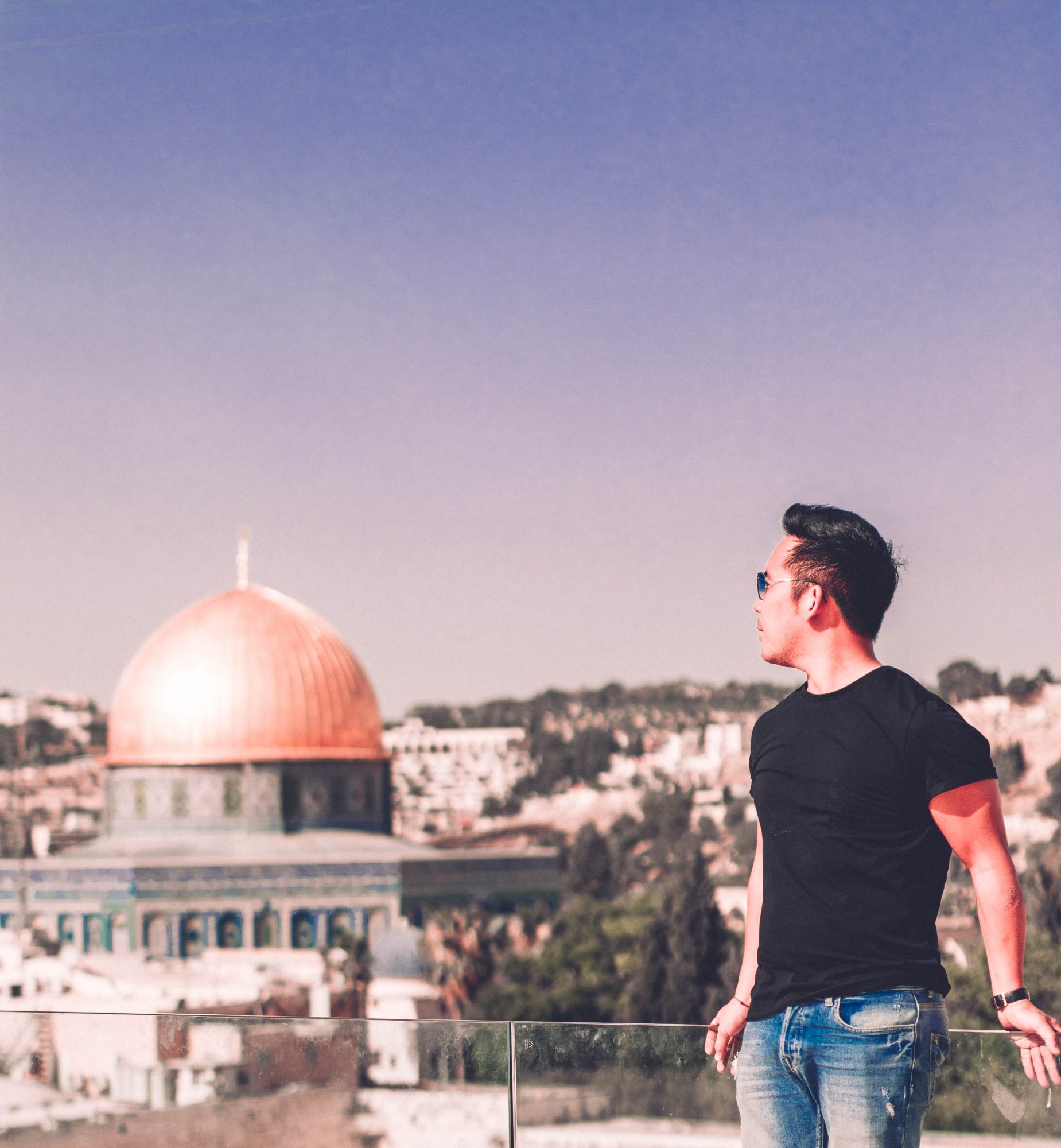 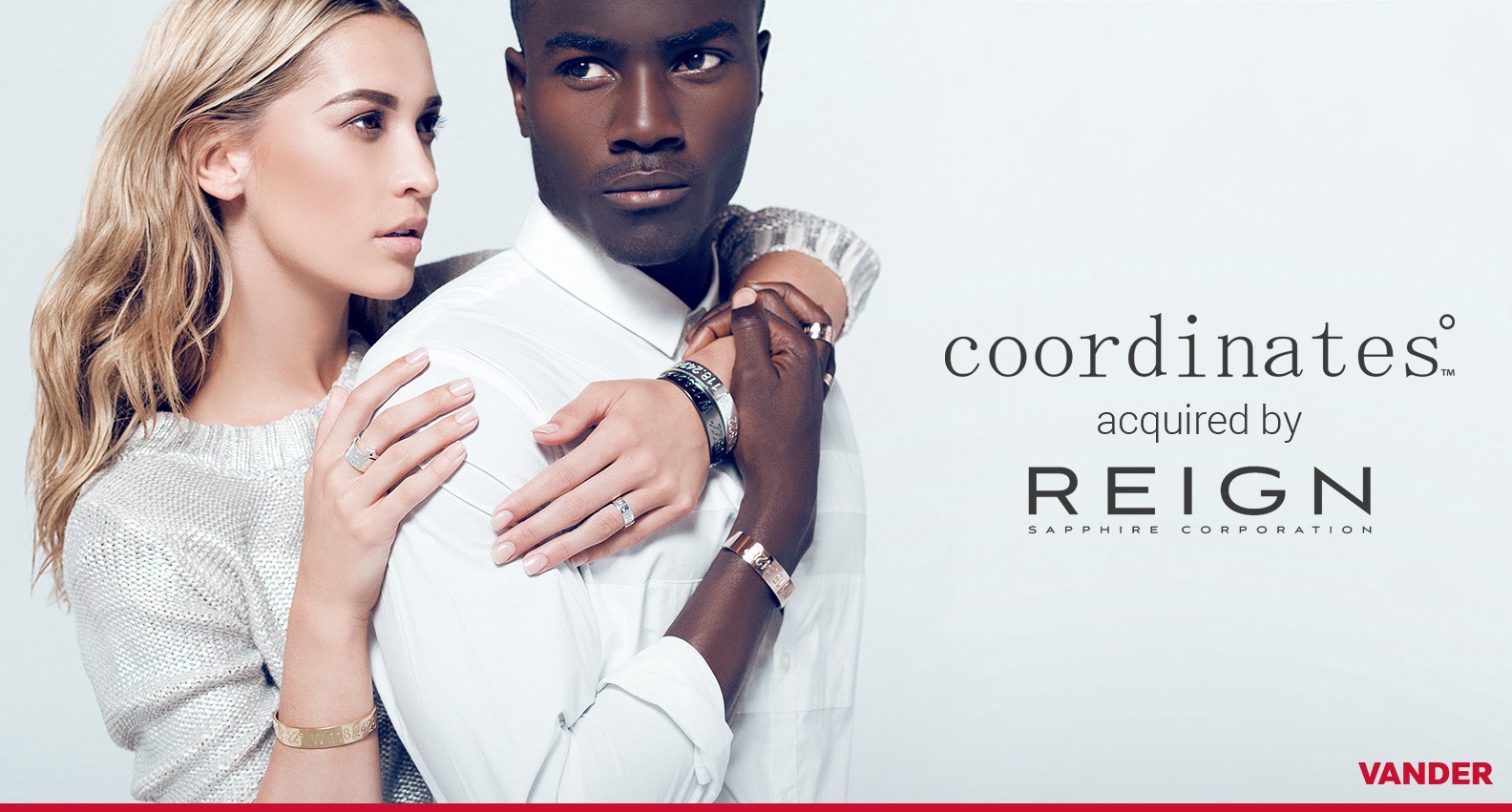 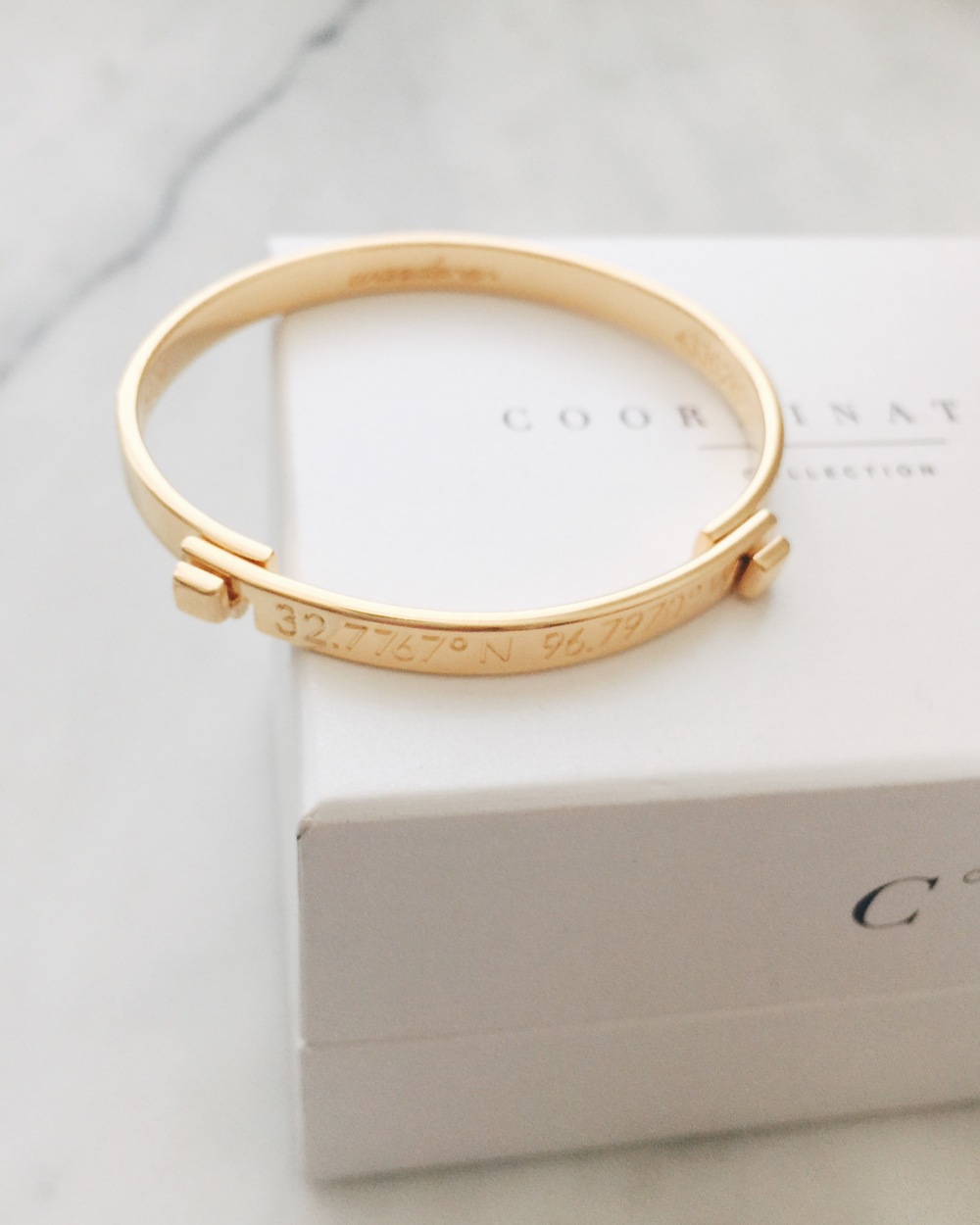