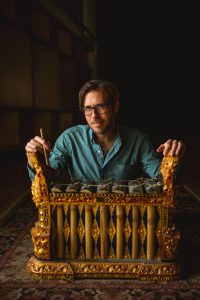 Today we’d like to introduce you to Chris Thomas.

Hi Chris, it’s an honor to have you on the platform. Thanks for taking the time to share your story with us – to start maybe you can share some of your backstory with our readers?
Thank you, it’s a real treat to share my story with you. This past year, my hi-lights include scoring two theatrically released feature films. The first is called Don’t Look Back, directed by Final Destination creator Jeffrey Reddick. That was followed by Haymaker, which was more of a violin concerto than a film score. A few months ago, my score for Imagine Symphony Live won a Hollywood Music in Media award.

But my life started far away from the world of film scoring, theme parks, and doing a TED Talk. I was raised in a small rodeo town in eastern Oregon. In my early years, I was obsessed with the films of Hitchcock, Fellini, Kurosawa, Demy, and Burton. More importantly, the composers they collaborated with became my musical idols. These director-composer relationships inspired me to pursue a life of film scoring in Los Angeles.

I had a very lucky start in Los Angeles. While attending USC, I interned on a variety of network TV shows and orchestrated a number of feature films. Soon I was arranging for the LA Philharmonic, Pacific Symphony, and scoring an indie film (Woman Rebel) that was shortlisted for an Academy Award. The 2008 market crash propelled me into scoring theme park rides and immersive entertainment events. Ten years later, theme parks like Evermore Adventure Park, Los Angeles Haunted Hayride, and Knott’s Berry Farm are still a regular part of my life.

Good fortune strikes again when I stumble into my first concert music publishing deal. Shortly after my first releases, my pieces were being performed from Carnegie Hall to the Sydney Opera House. This journey recently culminated with being commissioned to write my first symphony (the Malheur Symphony). The piece was written about the armed occupation of the Malheur National Wildlife Refuge by white nationalists. This politically charged commission attracted the interest of a TED event that was fast approaching. With only six weeks before the show, they opened an extra speaker slot so I could talk about creating this new symphony. Those 18 minutes of speaking from the little red dot was a thrilling and terrifying experience. I’m still not sure how I survived it! (https://www.ted.com/talks/chris_thomas_composing_the_malheur_symphony_finding_healing_with_bird_songs?language=en).

Can you talk to us a bit about the challenges and lessons you’ve learned along the way. Looking back would you say it’s been easy or smooth in retrospect?
Pain and failure are part of every artist’s career, the journey has also been immensely fulfilling. I’m reminded of the years following the 2008 market crash. At that point, my career had not yet diversified into avenues such as theme parks and concert music. All my eggs were in one very vulnerable basket. By 2010, nearly all of my film clients were out of work and leaving town. I was nearly out of business. Quite by accident, I found a new home in theme parks and immersive entertainment. Not long after that, yet another home in writing and publishing concert works. A short time later, the film industry came roaring back into my life! If I hadn’t bottomed out in 2008, I would never have discovered these other creative adventures that I cherish so much. Today, I feel so lucky to have cultivated such a fun and diverse career.

Appreciate you sharing that. What else should we know about what you do?
You know, there is something personal I’d like to share! I have a rare neurological condition called synesthesia. This occurs when multiple sensory pathways in the brain become entangled. In my case, sound and color have become entangled (known as Chromesthesia). To this day, every sound I hear generates an involuntary swirl of colors and textures in my head. It’s fun while creating music but an awful distraction in every other aspect of my life. Imagine trying to listen to a friend speak while music plays nearby. It’s nearly impossible to focus on their words over the barrage of effervescent colors. Until recently, there wasn’t a broad understanding of synesthesia, let alone sensible language to describe the experience. If you try to mention that a person’s voice was full of orange, green, and dark reds, it usually ended in accusations of witchcraft or insanity.

That said, I’ve learned to integrate my synesthesia into my work. Even while scoring a film, I draw music from the dominant colors in a scene. For example, in my head, a sunset morphs from the key of F Major to D minor as the sky darkens. A forest usually sounds like the key of G Major or G minor. A bright blue sky sounds like the key of D Major. Certain instruments resonate with my synesthesia more than others. If you know my music well, you’ll notice lots of Balinese Gamelan influence. If you could visit my visual cortex while listening to Balinese music, you would be in for a spectacular light show!

On this musical journey, embracing things like my synesthesia, leaning into my most personal musical influences, and just not caring about trends or fads has been my secret to survival. This is the path toward authenticity and originality. Discovering one’s truest artistic self has a way of unlocking something very powerful and compelling in your work. Ultimately, I feel the word “composer” has never been a title that suites me well. I’m really just a storyteller. You know that feeling where you lose track of time and experience a total suspension of disbelief as you are transported to a magical, cinematic experience? This is what I strive to do with music!

Can you talk to us a bit about the role of luck?
Luck is always a factor, but only half the picture. It can make all the difference, yet guarantees nothing. My dad always stressed the point that luck can only open a door. What counts is what you bring through the door with you. Skill and preparation will always take you farther. Not being prepared for success will squander what should have been a game-changing opportunity. All you can do is focus on what matters before your lucky moment arrives – excellence in your craft, disciplined practice, building a great team, and becoming a world-class collaborator. I’ve personally had many moments where a little good luck changed my life. I once left a friendly voicemail on a theme park hotline. This inadvertently led to a meeting, then a composing job, and has since launched a thrilling decade of theme park composing. Another time, I was flying out of Burbank and sat next to a best-selling composer who introduced me to her editor. Two weeks later, I have my first publishing deal. Were these lucky breaks? Yes they were! However, these were opportunities I spent a lifetime preparing for. Thriving in these domains was almost inevitable. I’m keenly aware that I will need more luck down the line. When it shows up, I plan to be ready for it. 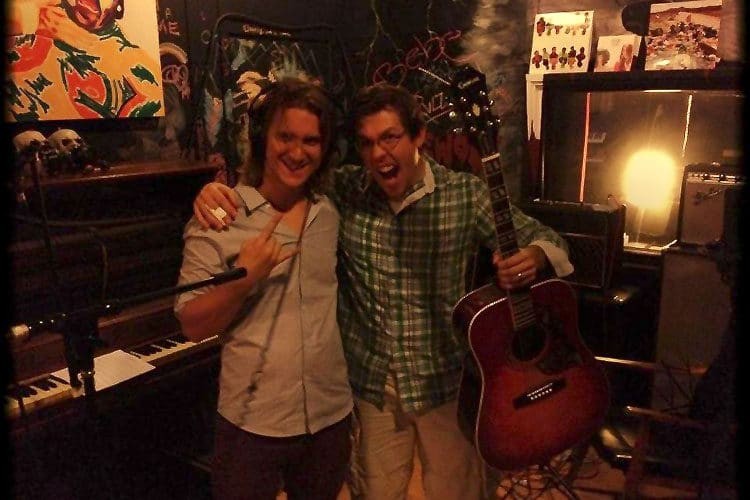 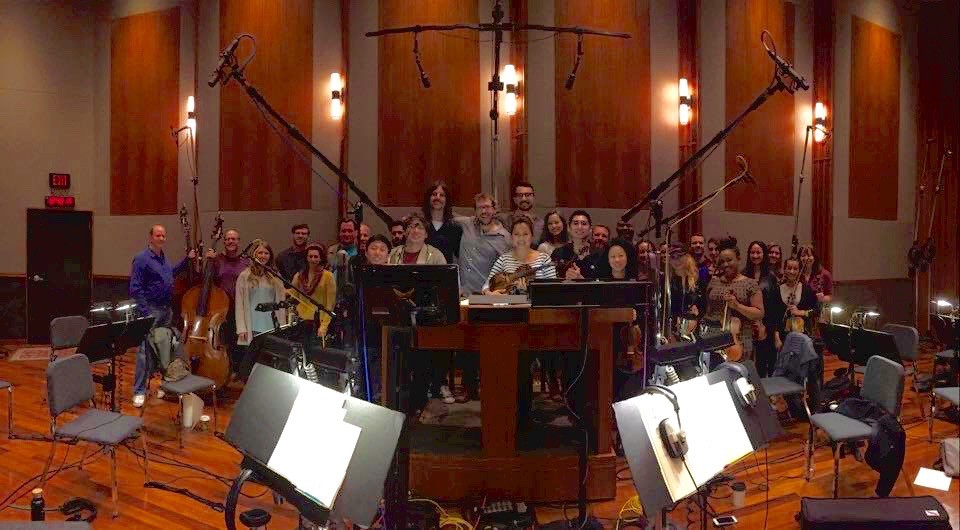 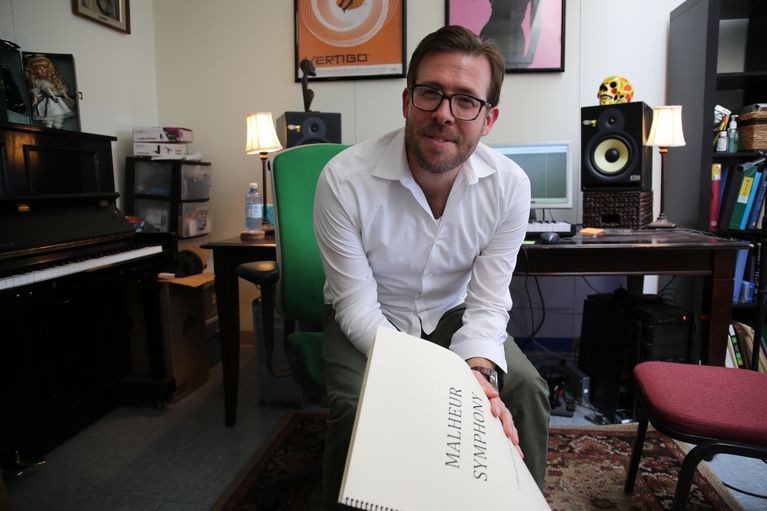 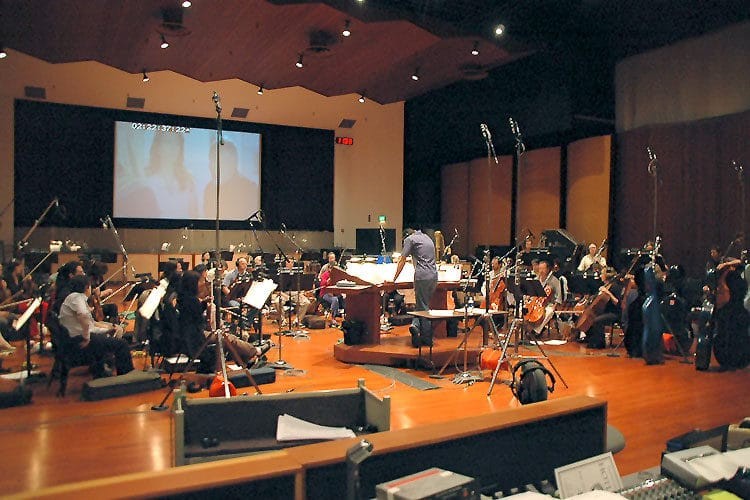 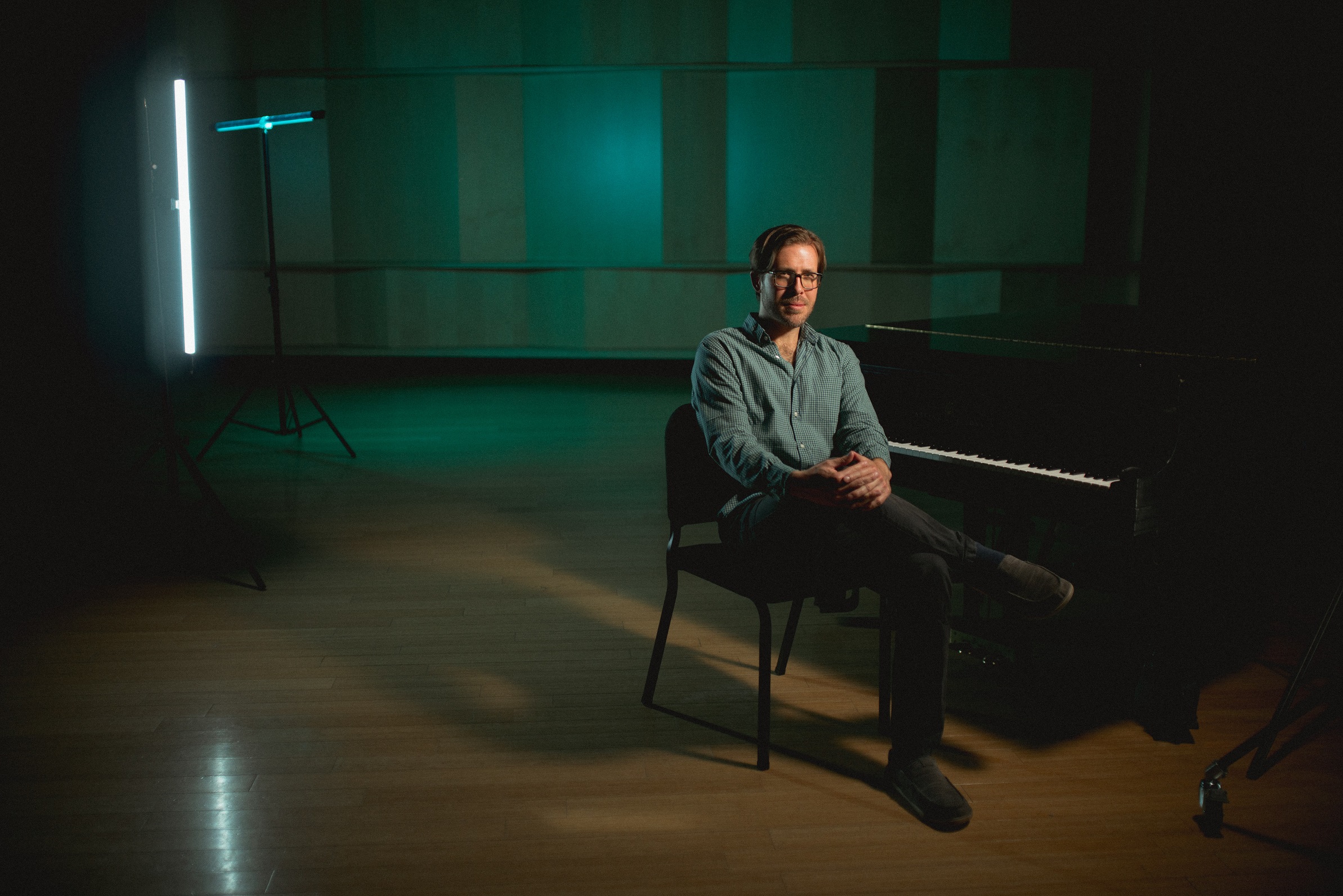 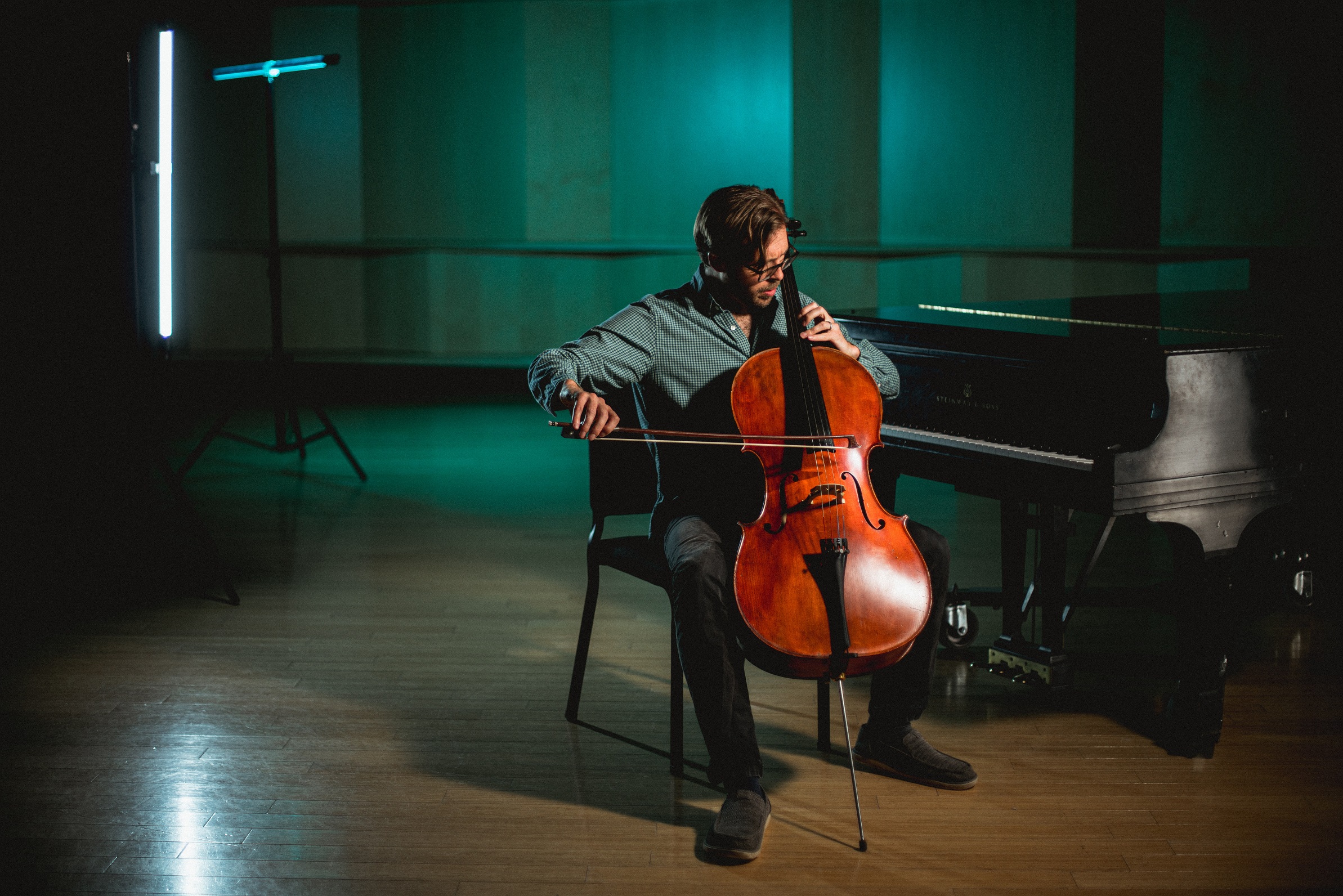 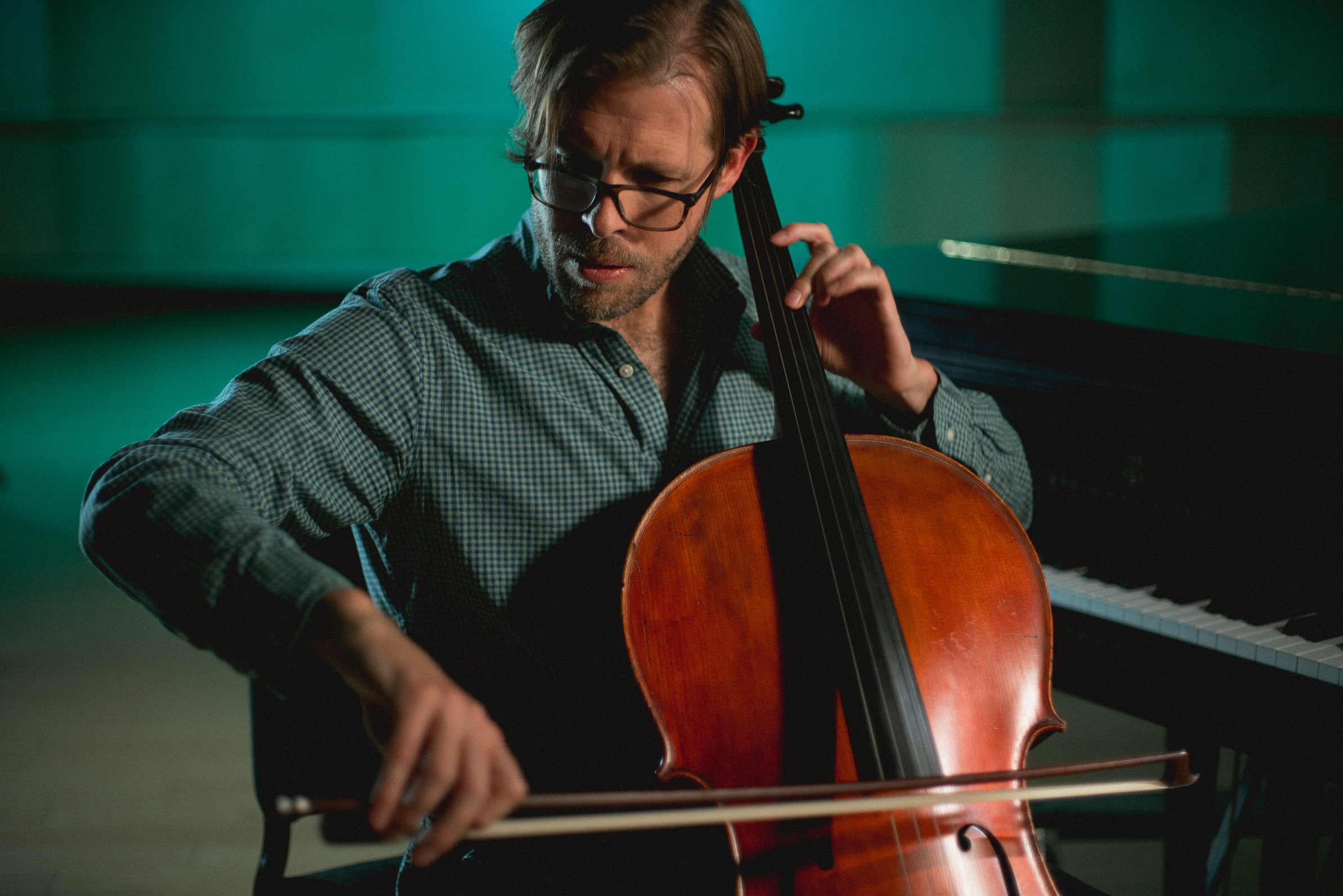 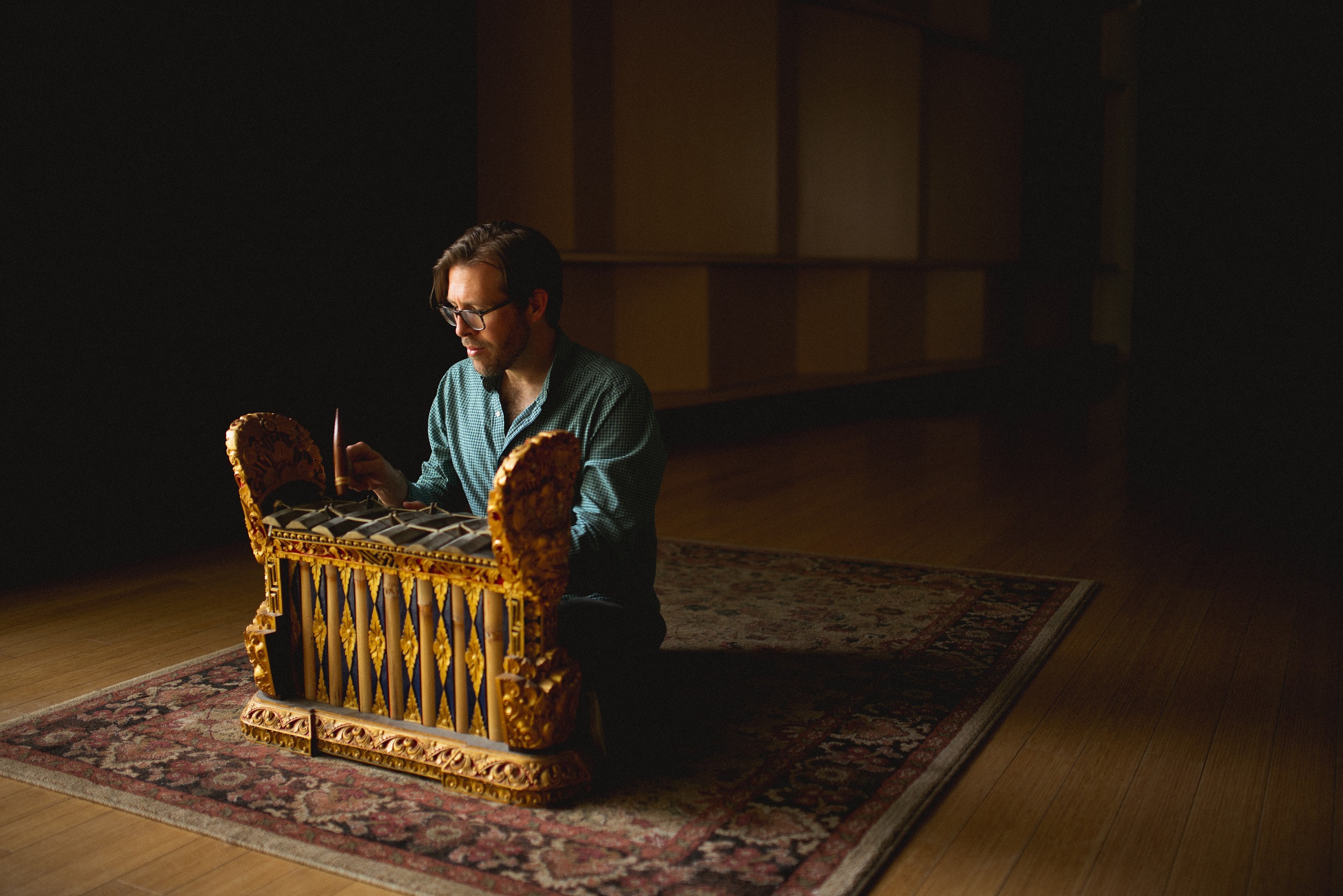