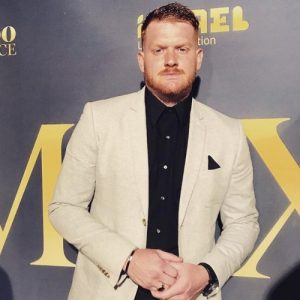 Today we’d like to introduce you to Chris Pearson.

Hi Chris, please kick things off for us with an introduction to yourself and your story.

I am from Indiana where I played baseball my whole life including at the Division 1 level. I always thought I would get drafted and play professional baseball, but when I got to my Senior year, my interests had shifted to wanting to work in entertainment and move to Los Angeles.

Unfortunately, playing baseball at that level means playing year round so the opportunity to go out and get cool internships that help on a resume was not possible. After college, I was living at home and taking on three jobs to save up money to make a move to LA. When I finally moved in August 2014, I was staying on a friend’s couch. I would wake up everyday and apply for miscellaneous jobs throughout the industry that I would find online. I just wanted to get my foot in the door. I remember walking from Hollywood on Argyle all the way to West Hollywood on Crescent Heights visiting boutique talent agencies. I would walk in and shake hands, trying to give people my resume. Looking back, this was a silly approach but I was from the Midwest where I thought “this is how you make it!”.

My friend’s place where I was staying had a rule that guests could only be there for no more than five days, so after he received a warning, I had to start staying at low-cost Airbnb’s around town. I would stay in one spot for a few days then move to another. I stayed in 5 different locations while I was out there for that month. I was trying to save money as best I could, but after a month of no luck and my family starting to worry if this was all a good idea, I booked a flight back to Indianapolis. Feeling disappointed, the day before my flight back to Indy I had done research on the top talent agencies, CAA and WME. CAA didn’t have anywhere to submit a resume and neither did WME, but I found a number online for someone named Carol Katz, Head of HR at WME. I called the number and Carol answered. Her assistant must have stepped away and looking back now and knowing who Carol is, it was pretty crazy that she answered as she is iconic. I told her why I was calling and she quickly said just send it to me and gave me her email. I sent it over and the next day (day of my flight) I got a call to come in for an informative interview.

The interview process lasted three weeks and three rounds, with one round being with Benjamin Scales. To this day, that will be one of the hardest, most intense interviews I will ever participate in. Benjamin is a legend! The last round was with Kirk Sommer who reps people like Adele, Sam Smith, The Killers and many others. He was one of the coolest people you will meet and being in his office and seeing the talent he works with on the walls was amazing! I received a call a week later on a Friday night when I was back in Indianapolis that I got the job in Music Central at WME and I start Monday. (the mailroom essentially for the music department). I was ecstatic! A kid from Indiana with a boring resume and I got a job at the top talent agency in the world! Only issue was I lied on my resume and put that I lived in LA (as most people here do) because I had heard if you don’t, it can make an employer go with someone else. My dad called his best man’s daughter, who at the time was the general manager of the iconic Dominic’s and Little Dom’s, to ask if I could stay on her couch starting Monday until I found a place to live.

I started off in Music Central and worked my tail off. I noticed that everyone who started with me had worked for Sony, Live Nation or other reputable companies and here I am with my first real job out of college and no clue about the entertainment industry. Music Central and the mailroom were very competitive as everyone wanted to work their way up and eventually become an agent one day. I felt I had to read everything and work twice as hard to make sure I was keeping up with my peers.

I worked my way up from Music Central and was an assistant to the Head of the Comedy Department, Stacy Mark. Stacy is one of the great agents in the industry with an unbelievable roster, working with some of the biggest comedians in the world. She was my mentor and the person that taught me you can be a good person and be a great agent. You don’t need to be a loud yelling, rude personality to find success in this business. I was later picked to be a part of the Agent Trainee program, which is the last step before becoming an agent. Many assistants apply every year to get into the program (roughly 50-60 applicants) and usually less than five are picked each year. I was fortunate to be selected into the program in 2016.

I signed my first client when I was an assistant. He is one of the top players in the NFL and was such a key signing for me as it helped me get promoted and was such a pleasure to work with. A few months later I signed a Sports Illustrated cover model that is still at WME and has had great success in the brand and TV space.

I was promoted to agent and spent seven great years at WME. It was a journey and experience I will forever remember and treasure.

Can you talk to us a bit about the challenges and lessons you’ve learned along the way. Looking back would you say it’s been easy or smooth in retrospect?

It was definitely not a smooth road as you can probably tell. There were so many struggles along the way, but that’s what makes the high points even better. From walking down Sunset Blvd. in the middle of the summer in a suit to 15 hour days working as an assistant to sleeping on a couch. All these challenges are what pushed me to work that much harder. Failing and moving back to Indiana was not an option for me. I was sink or swim. Baseball is a game of failure, if you fail 7 out of 10 times you are a Hall of Famer. I truly believe it helped my mentality as I navigated through the industry.

I am currently the Head of Talent at Captiv8 where I get to work directly with brands and help them find the talent/influencers/celebrities that are a great fit for their campaigns. I joined the company in April 2021 and it has been such a blast. Captiv8 is first in class when it comes to Influencer marketing and the approach we take with brands and talent is second to none. The position allows me to be creative and have my voice heard on what talent would fit working with a specific brand. I get to still work closely with the talent and their agents, which is the perfect fit!

We’re always looking for the lessons that can be learned in any situation, including tragic ones like the Covid-19 crisis. Are there any lessons you’ve learned that you can share?

I think everyone learned quite a few things during the COVID crisis. It was a very challenging time for people who lost loved ones, jobs, etc. and it definitely made you reflect.

As it relates to business and entertainment, I think the crisis shed a light on the fact that the industry was/is still operating in a very old-fashioned way. It really started to show that influencer marketing, digital talent etc. are the new stars as TV/Film, concerts etc. shut down. Influencer marketing and brand deals continued forward and even saw a rise in volume. We saw A-list talent doing more social media deals, creating new content and stepping outside their usual lane. A great example of this was the hit YouTube show John Krasinski created called Some Good News. I think talent started to get away from the normal “I’ll be in movies and occasional TV” to trying out a cooking show on YouTube or joining TikTok. It broadened the avenues for talent to tap into their creativity. 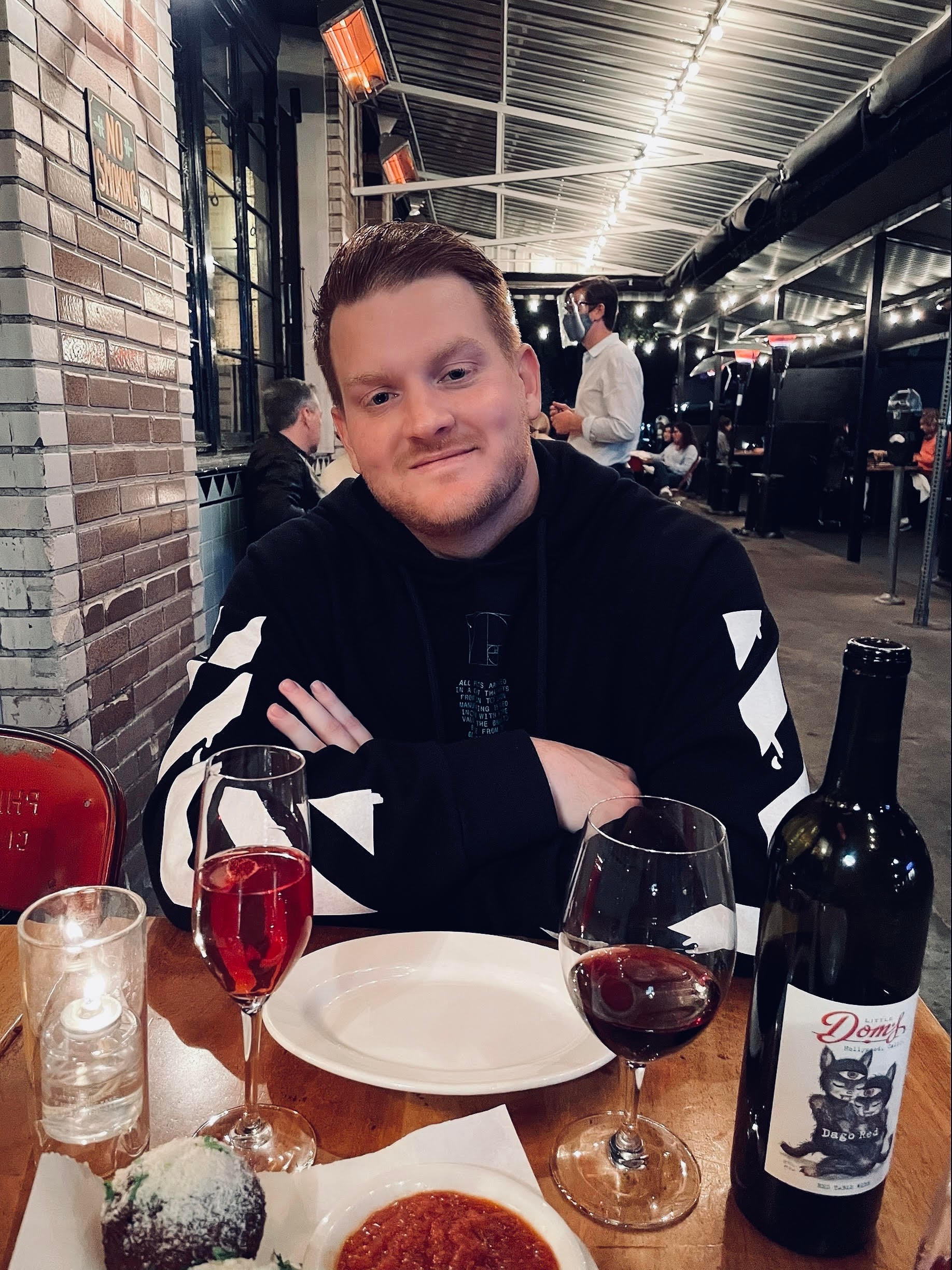 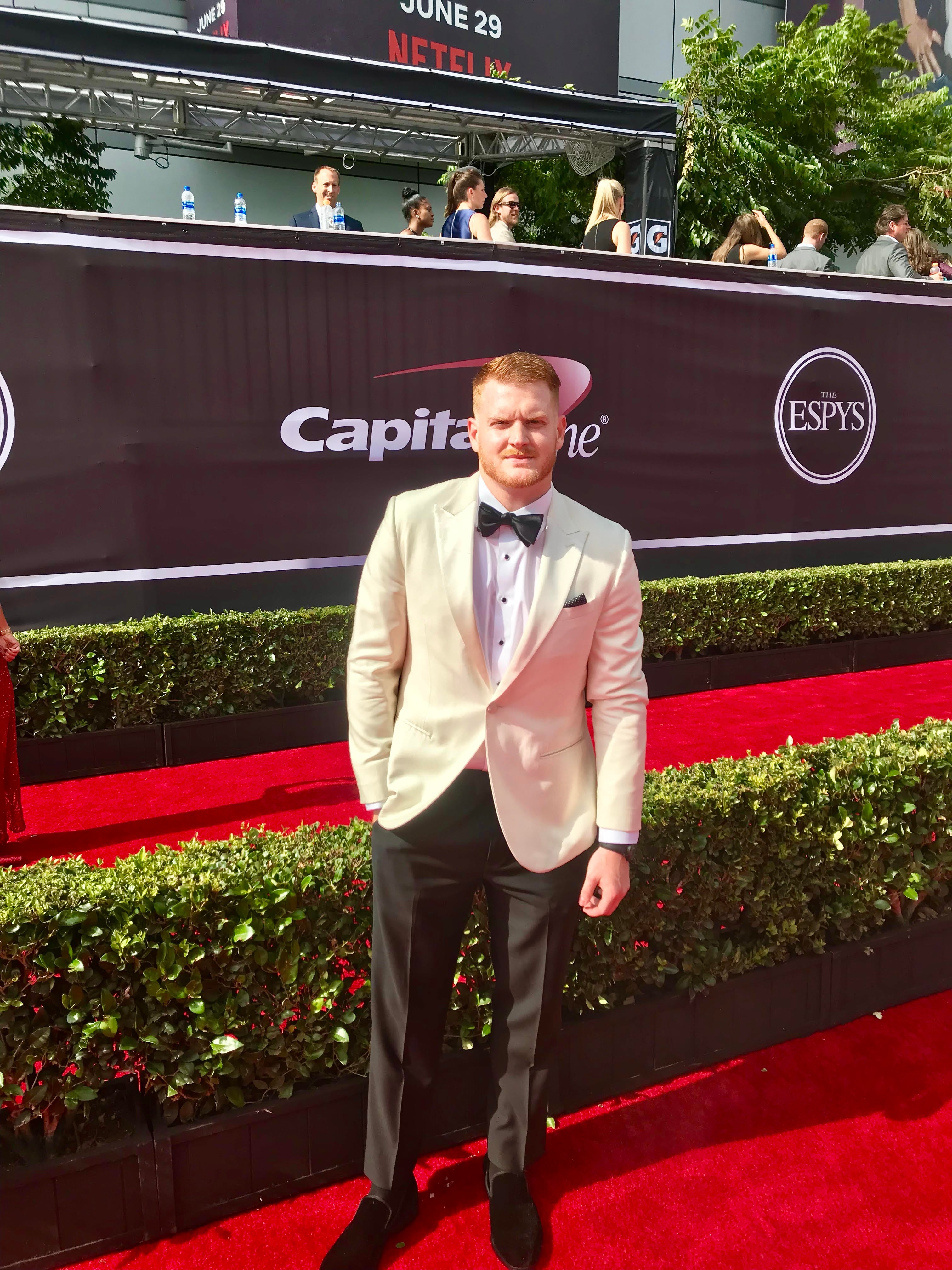