Meet Chris Oeurn of Framing Up in Alhambra 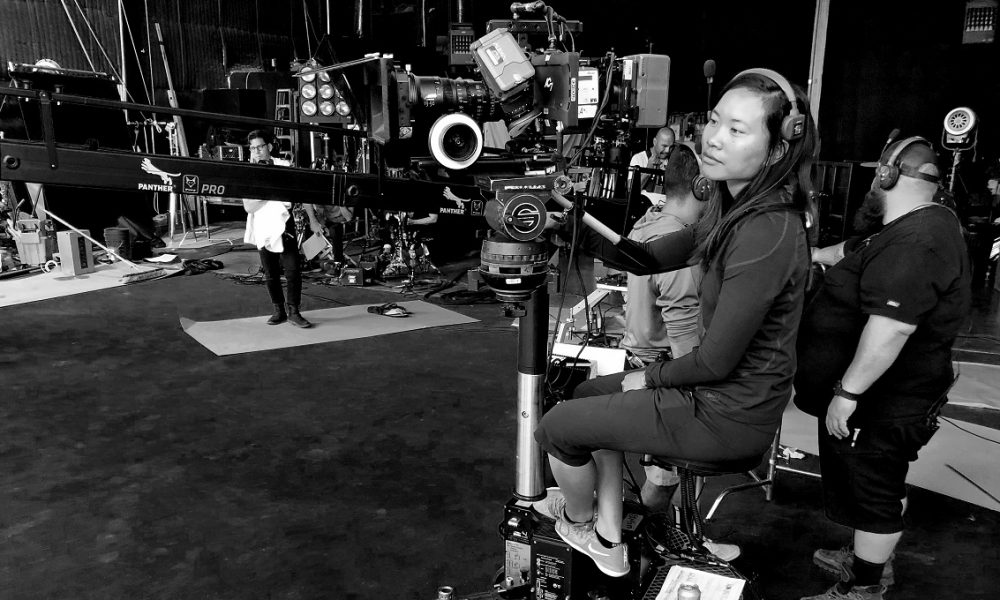 Today we’d like to introduce you to Chris Oeurn.

Chris, let’s start with your story. We’d love to hear how you got started and how the journey has been so far.
I’ve always been interested in the arts whether it was painting, music, or performance. In high school, we began creating videos in group projects for our AP Language final. There was beauty in spending hours with students from other walks of life I would have never found myself connecting with. That’s when I realized people make careers out of being outside their element, broadening their perspective. I wanted to frame stories among the eclectic. I was raised in the San Gabriel Valley by my single-mom, an immigrant, retired seamstress, Cambodian refugee, and survivor of the Khmer Rouge. My mom hustled really hard to make life as normal as possible. She was quite successful in this way because I was convinced food stamps and section 8 living was “middle class”. I’m still thankful for the kind of comfort I felt being nourished by these resources.

But I think the challenges my mom experienced made it tough for her to initially accept my pursuance of work in the film industry. It’s an ironic testament to LA’s scale that we can be so close in proximity to Hollywood yet worlds away from employable access. Ultimately, I don’t know that my mom realizes how much of her tenacity inspired me to get my foot in the door. I eventually earned a BA in Cinema Production from SF State, then worked in a camera rental house until I took a leap of faith into freelance camera work. I worked as a Camera Assistant for a while and have transitioned into Camera Operating. I think any time I make a transition from one position to the next, I feel pretty nervous. The fear of failure is so real. But I will always feel this way. It’s an adventure and privilege to grow, take risks, and go after what I want. I feel fortunate to have the support of fellow camera assistants, cinematographers, and producers who have welcomed this new step in my career.

We’re always bombarded by how great it is to pursue your passion, etc – but we’ve spoken with enough people to know that it’s not always easy. Overall, would you say things have been easy for you?
Early on, I felt like failure just wasn’t an option because it reflected poorly on my family, ethnicity, and my perceived gender. But I’ve learned from every mistake along the way and try to attribute it to growth rather than defeat. I’m still working on positive self-talk. Starting out, networking at social events was difficult for me. It felt disingenuous and for a while I wasn’t sure how I was going to find work. I’ve reached a place now where I know my networking style involves working really hard on set and learning about people beyond the surface level. When I know where people come from and what they care about, we work better together. I think this way of being has helped me along the way.

We’d love to hear more about your work and what you are currently focused on. What else should we know?
I am a freelance Camera Operator. I started Framing Up, Inc at the start of the pandemic when I knew there would be a lot of downtime to navigate the whirlwind of paperwork. I honestly didn’t think I’d earn any income this year and am grateful for any opportunity to camera operate during this time. I’m well-versed in slider and dolly work, having done a whole season of James Cameron’s Story of Science Fiction for cinematographer, Philipp Friesenbichler, entirely on this equipment. I eventually want to gain proficiency in handheld, crane, jib, geared head, remote head, and potentially Steadicam work. I don’t think I’m much different from others in my field who want to do the same. We all have a basic desire to do our best work and to be accepted by our communities. The sooner I learned to view every person as a teammate instead of my adversary, the sooner they became resources instead of my competition. Maybe I’m an idealist.

Has luck played a meaningful role in your life and business?
I think your next job is a combination of timing and preparedness. My fortune has been meeting a lot of kind people along the way who were willing to give me a shot. Though I don’t know if that’s luck or just hard work. 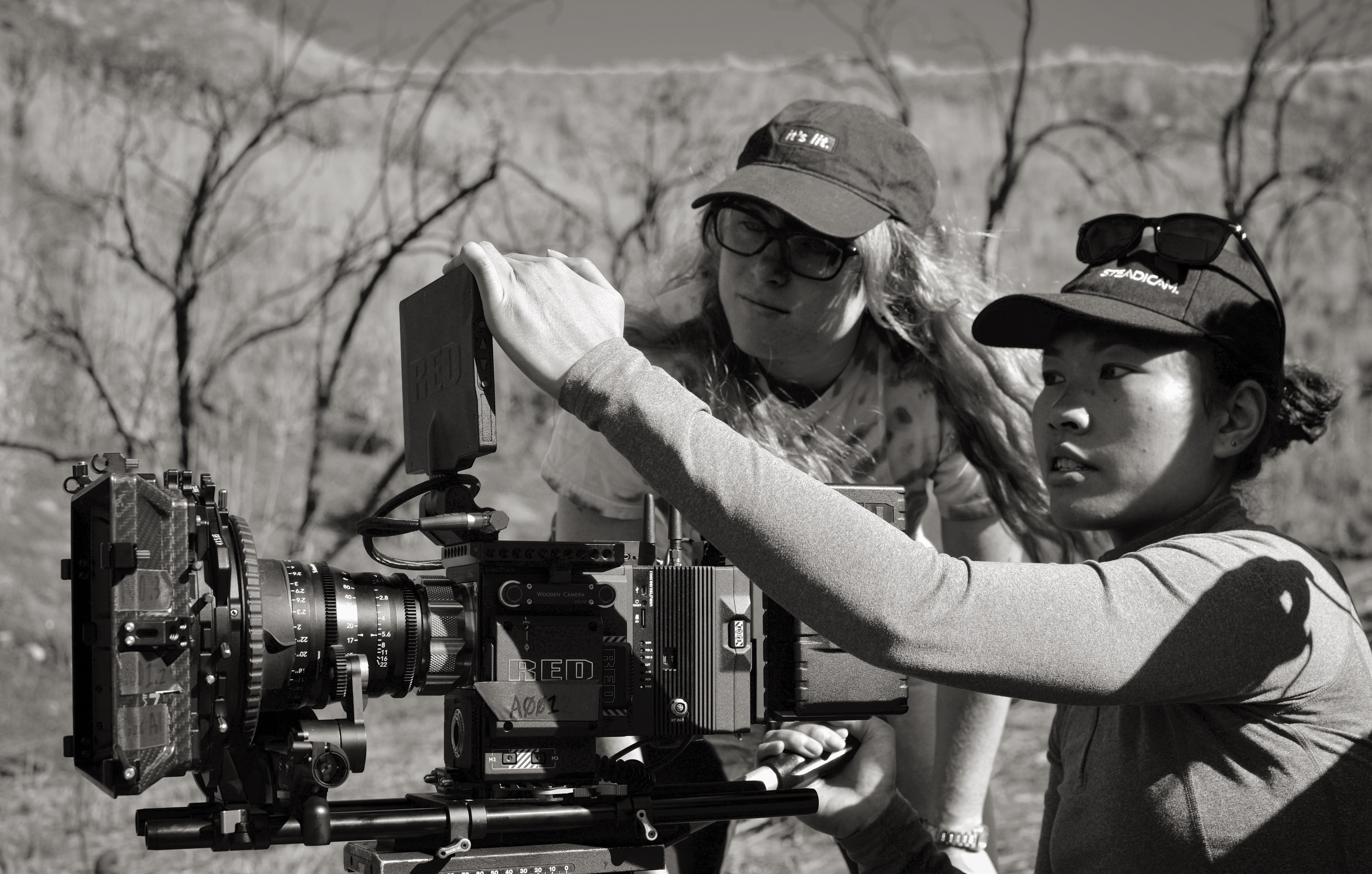 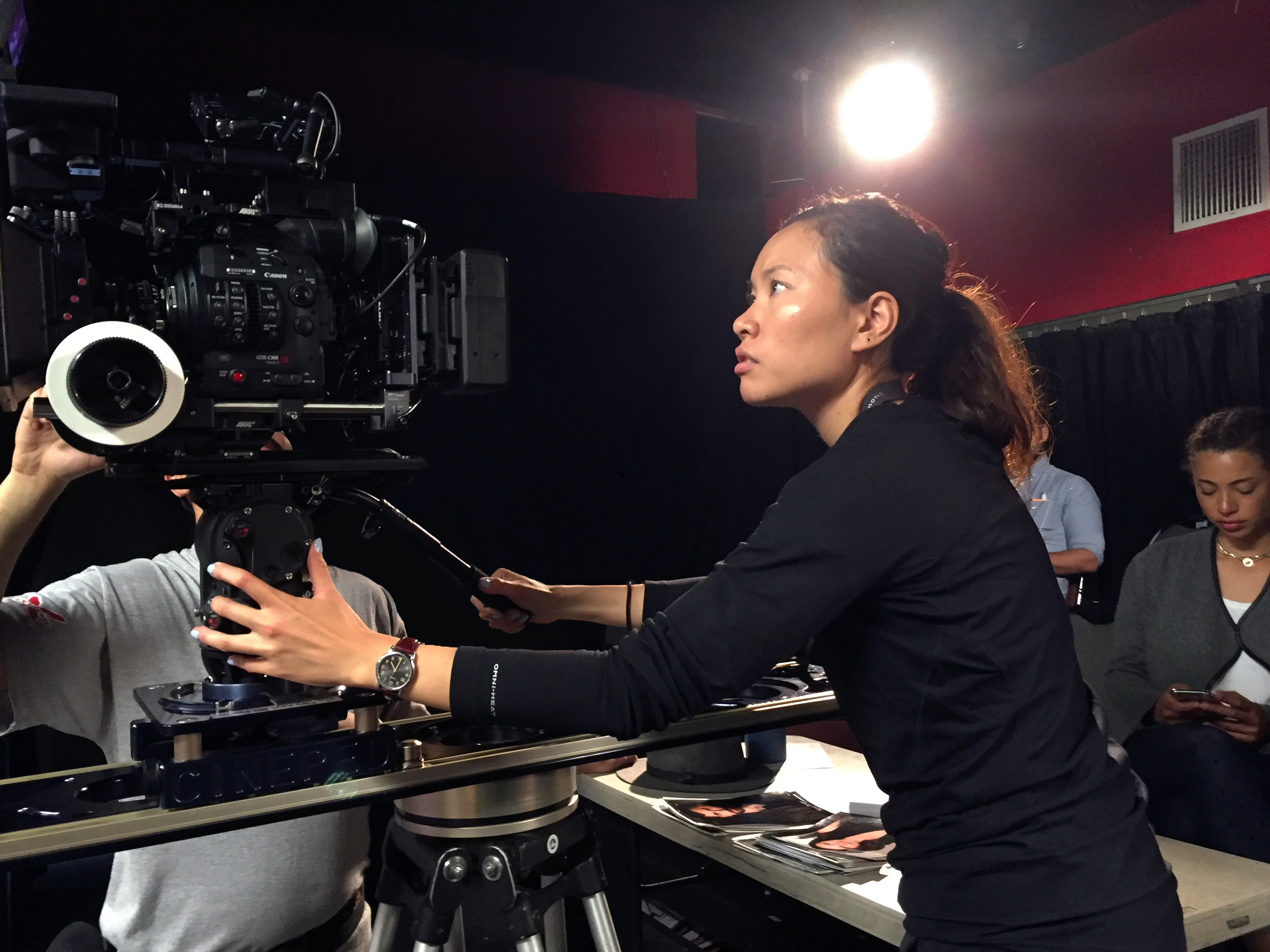 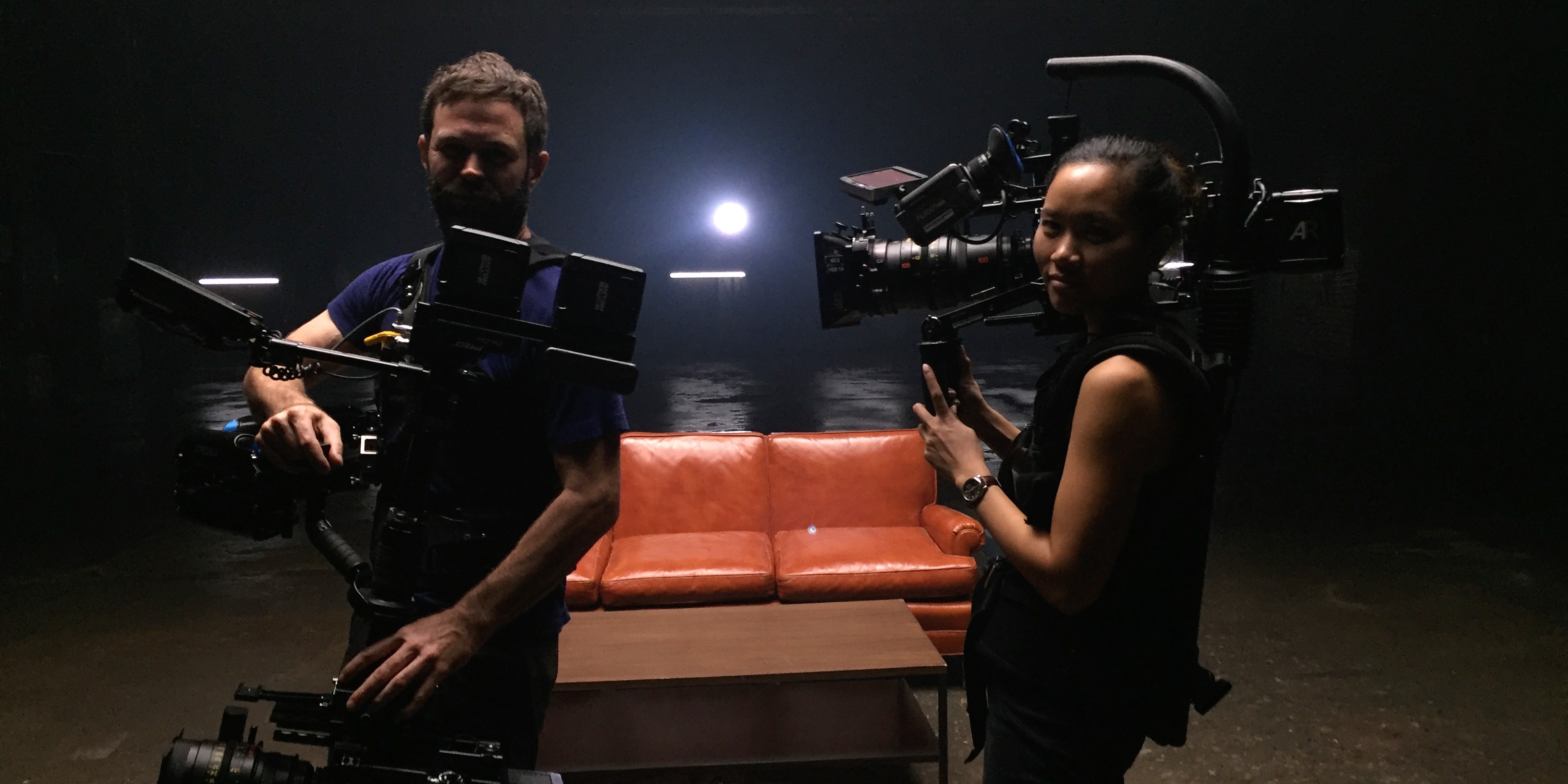 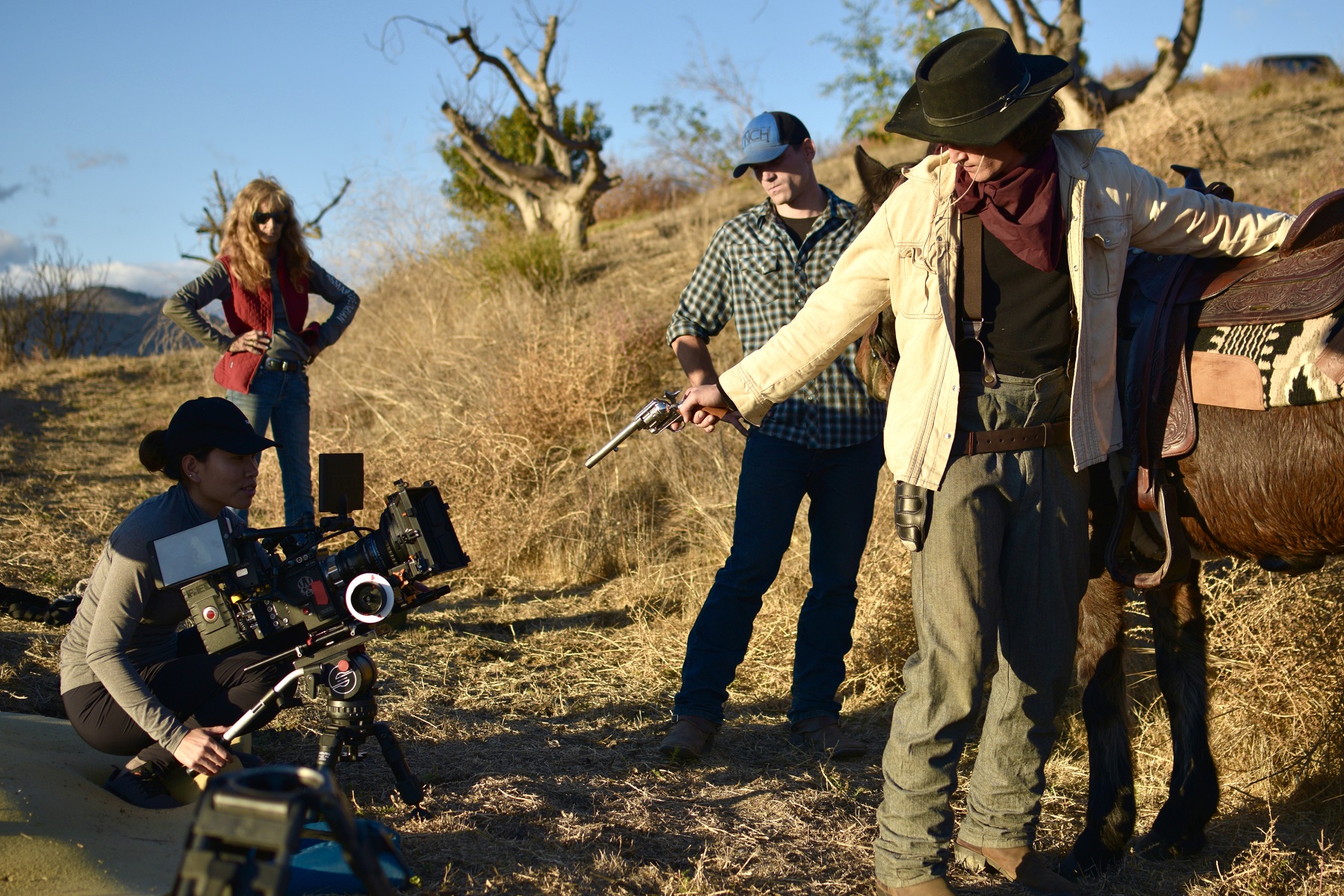 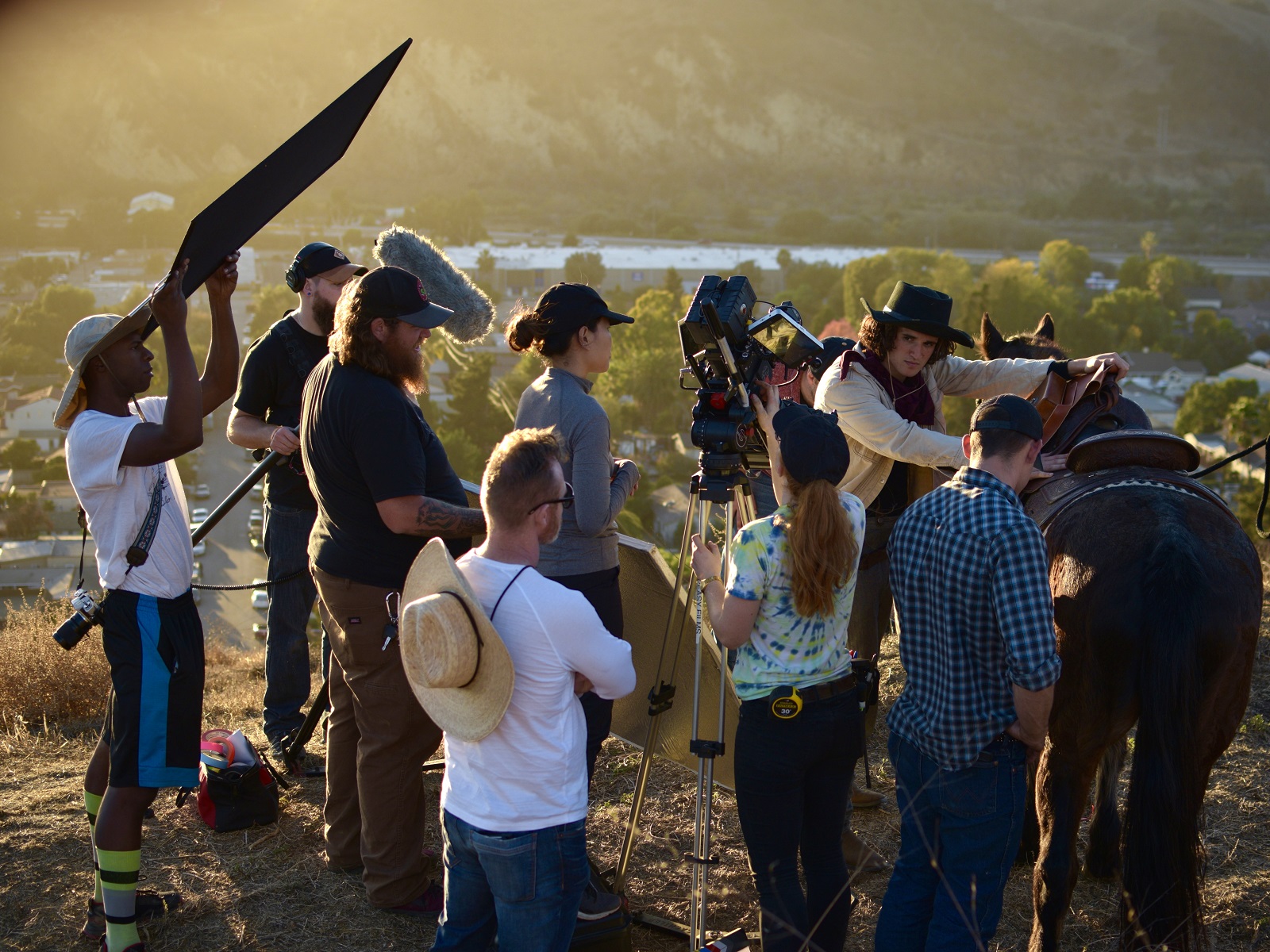