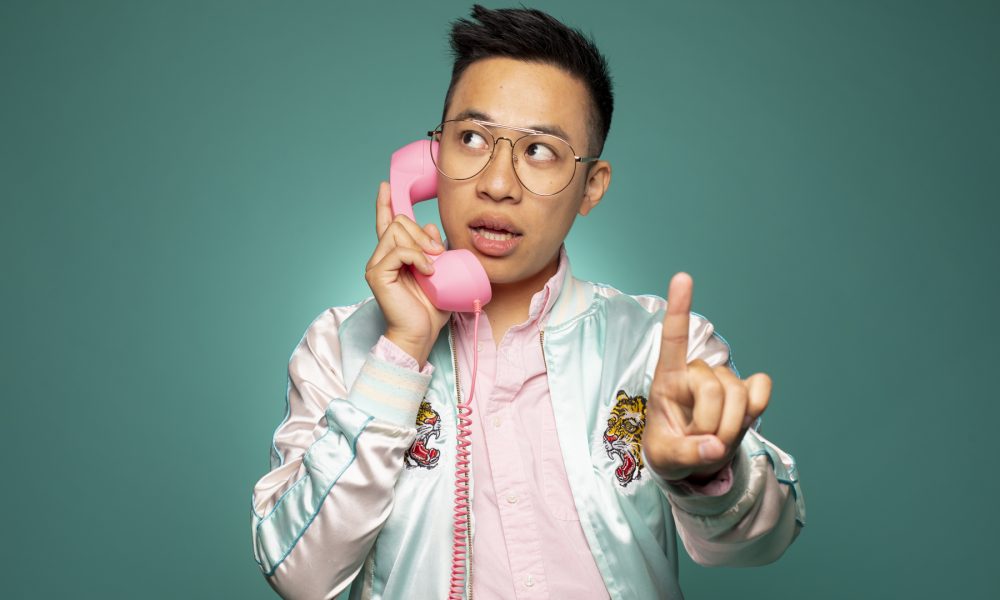 Today we’d like to introduce you to Chris Lam.

Chris, please share your story with us. How did you get to where you are today?
Well, I joined an Asian American theater club in UC Berkeley and decided to give up a lucrative future of being a programmer to be an entertainer. That’s a lie. I was never good at programming anyways.

Thanks to the confidence that the club gave me, I decided to start my own YouTube channel, and that acted as my body of work when I applied to BuzzFeed. I worked there for about three years, and then I quit to try to make it on my own. I’m currently producing for NBC Asian America on a freelance basis and also hosting a few shows as a personality.

The shows I’m currently hosting is a “Top 5” film recommendation show on Dekkoo, and also an anime show on GammaRayTV. I’m currently looking to pitch several other shows about video games, anime, and gay culture.

We’re always bombarded by how great it is to pursue your passion, etc. – but we’ve spoken with enough people to know that it’s not always easy. Overall, would you say things have been easy for you?
Working in entertainment is rarely smooth. That’s not to say I’m not happy, but it’s rough, and I wouldn’t readily recommend this path to just anyone. I faced a lot of resistance from my parents when I first told them I didn’t want to program anymore. It was only when they saw I was working really hard at BuzzFeed that they got off my back.

And I don’t think I ever really will ever stop running into people that are in high positions of power that actually have no idea what they are doing, and will also be very unprofessional and rude when you try to advocate for yourself. I’ve asked for higher rates and also have rightfully tried to get a response after getting nothing for two months, and I was immediately insulted for doing so.

“I’m not sure how long you’ve been in this industry but, this is just how things work” is a very common phrase for these people. It hurts because your chances to continue with them are slim, AND they are insulting your ability to work even though they were the ones who did something wrong in the first place.

So let’s switch gears a bit and go into the OneWingedChris story. Tell us more about the business.
This is a hard question to answer since this “company” is literally just me and my assistant right now. I specialize in internet videos, specifically about Asian American topics and anime and gaming. And the thing that set me apart is me. I wear a lot of pink, I’m gay, I’m a nerd, and I’m funny. Does that count?

Has luck played a meaningful role in your life and business?
Hmmmmmm this is an interesting question because I don’t think about luck very often on a daily basis. I don’t feel like a lucky person since I’m a very ambitious person, so I’m always too busy thinking about the next step and about more I could be doing right now. It’s something I can very very hard on myself for, but I am fortunate enough to have the means to go to therapy. So I think that’s lucky.

I think luck partially has to do with parts of my life, but for the most part, it’s because I work really hard and I surround myself with the right people. A writer I met a long time ago taught me that luck means nothing if you’re not prepared to received/utilize that luck.

To expand on that a bit, if luck gives you a cool opportunity that won’t come ever again, you still have to have done the work to be ready for the opportunity.