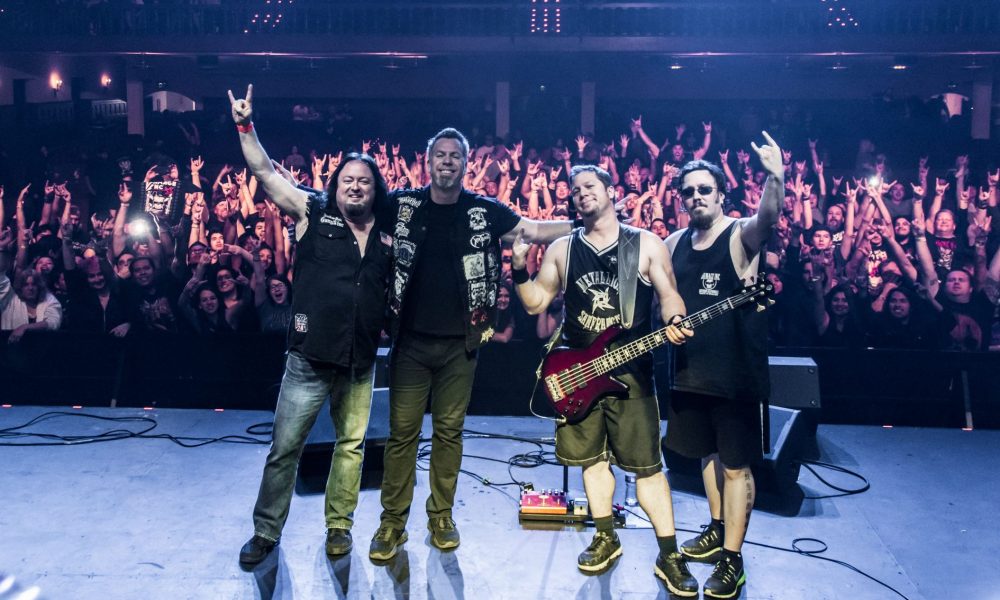 Today we’d like to introduce you to Chris Knight.

Chris, let’s start with your story. We’d love to hear how you got started and how the journey has been so far.
I’ve always had a passion for music for as long as I can remember. From family sing-alongs on road trips to discovering The Beatles by raiding my parents’ vinyl collection at an early age, music has always had a stronghold on me. After trying a few different instruments in my early childhood, ranging from accordion and clarinet to keyboards and even drums, I finally found a fit with guitar. The guitar I started with wasn’t even mine originally. My sister got a guitar for Christmas when I was about 17 years old. After a few weeks of tinkering around on it she finally decided it wasn’t for her. I decided to pick it up and try it out. After learning to tune it and play the obligatory start-up songs like Row Your Boat, and Red River Valley, I discovered that I really enjoyed playing. Around this same time, my best friend in high school (who is still my best friend nearly 30 years later) introduced me to Metallica through the song that started me down this path — Fade to Black. The acoustic intro into the verse of that song was mesmerizing to me and I instantly wanted to learn to play it. I soon found myself going through their entire library, obsessed with all-things-Metallica. I branched out to other artists in the genre — Megadeth, Iron Maiden, Ozzy, Pantera, etc., but my true love was Metallica.

I had never really given any serious thought to being in a band — my solo tinkering or occasional “living room performance” around a handful of friends had always felt sufficient when it came to playing guitar. After a few years of doing this my younger brother, Kevin, had started to listen to the same music and had developed that same passion for playing along with his favorite Metallica songs. However, he hadn’t picked up guitar quite yet but rather was in a high school marching band as a tuba player. Though a little unorthodox, we started jamming together with me on guitar and Kevin filling in the bass parts with tuba. A few months later, Kevin enlisted in the Marines and left overseas to Okinawa. During that time, he met other Marines that had the same musical passion that he did and they soon formed a band. After playing around a little bit overseas, the eventually came back home to Camp Pendleton. Kevin reached out to me and said they needed a guitar player. Although I was terrified at the thought of playing in front of a crowd, I reluctantly agreed to join them. Their drummer was leaving so we brought over one of my friends to join us. We would play cover tunes (including Metallica) for some small clubs in the area of Pendleton.

Our singer at the time wanted to write his own music but did not like our current drummer’s style for it. Eventually, we switched drummers to one of their Marine friends. Unfortunately after a few months, their drummer friend got orders to get shipped back to Japan so we were suddenly without a drummer. After a few more member changes, we whittled the band down to myself, my brother Kevin, and my drummer friend, Boyd. We got back into playing cover tunes at bars until we eventually opened up for some friends that had put together a Black Sabbath Tribute. Until then, it had never occurred to us to play just one band’s music, but our Black Sabbath friends were playing places like House of Blues, and that was very inspiring to us. I felt that this was a great chance to try playing as a Metallica Tribute. We added a guitar player to play the Kirk Hammet leads and we booked our first show as Metallica Tribute called Damage Inc at the Press Box in Anaheim, CA back in 2004.

The tribute quickly grew in popularity and we found ourselves branching out and playing around the southwestern US. Our first guitar player had some personal things going on that were keeping him from playing regularly and eventually stepped down from the band. We quickly brought in one of our other friends, Chris Brightwell to pick up the lead guitar parts. Chris was a great fit and our show schedule increased. After a few years with that lineup, our drummer, Boyd — after missing quite a few weekends of family time over the years, decided to step down from the band and enjoy more time with his family. We found another friend, who was playing in some local tributes that we felt would be a great fit. Nearly eight years after this last change, we’ve been going strong – playing 40-50 shows a year on the weekends, and bringing our passion for Metallica all over the US, Mexico and Canada.

Great, so let’s dig a little deeper into the story – has it been an easy path overall and if not, what were the challenges you’ve had to overcome?
We’ve been pretty fortunate not to have endured any serious struggles. Our member changes have always been amicable (our original guitar player has been my brother’s roommate and a very dear friend of ours for years now), and our original drummer still stops by shows and will even sit-in occasionally.

Damage Inc – Southern California’s Tribute to Metallica – what should we know? What do you do best? What sets you apart from the competition?
We specialize in paying tribute to one of our favorite bands, Metallica. I play the part of James Hetfield in the band — handling the singing and rhythm guitar duties. I’m proud of the fact that my band started off playing to a couple of dozen friends in the very beginning to playing in front of thousands at some shows.

Honestly, what I think sets us apart from some is our integrity as a band. We pride ourselves in our passion of the music and we do our absolute best at putting on the most entertaining show that we can, but we have never let our egos get in the way. None of us act like “rock stars” or treat anyone, staff, booking agents, security, stage hands, other bands, even competition with anything other than courtesy and respect. I believe we all realize how lucky we are to have the opportunity to play “rock star” for a weekend and to be able to travel and meet new friends and fans that we otherwise may not have encountered. It help keeps us humble and appreciative of every opportunity we have. We’ve always felt that being a good band will get you a gig, but being good people will increase your chances of being asked back.

What moment in your career do you look back most fondly on?
We’ve had the privilege of being featured in two seasons of ASX TV’s Show — The World’s Greatest Tribute Bands, which was broadcast live worldwide and featured some of the very top tribute acts in the industry.

I’m also quite proud of the fact that we have been able to do this for 15+ years without any serious drama. Every member, past to present are still good friends to this day.

We’re truly blessed to be able to share our love of Metallica with people everywhere that share that same love. 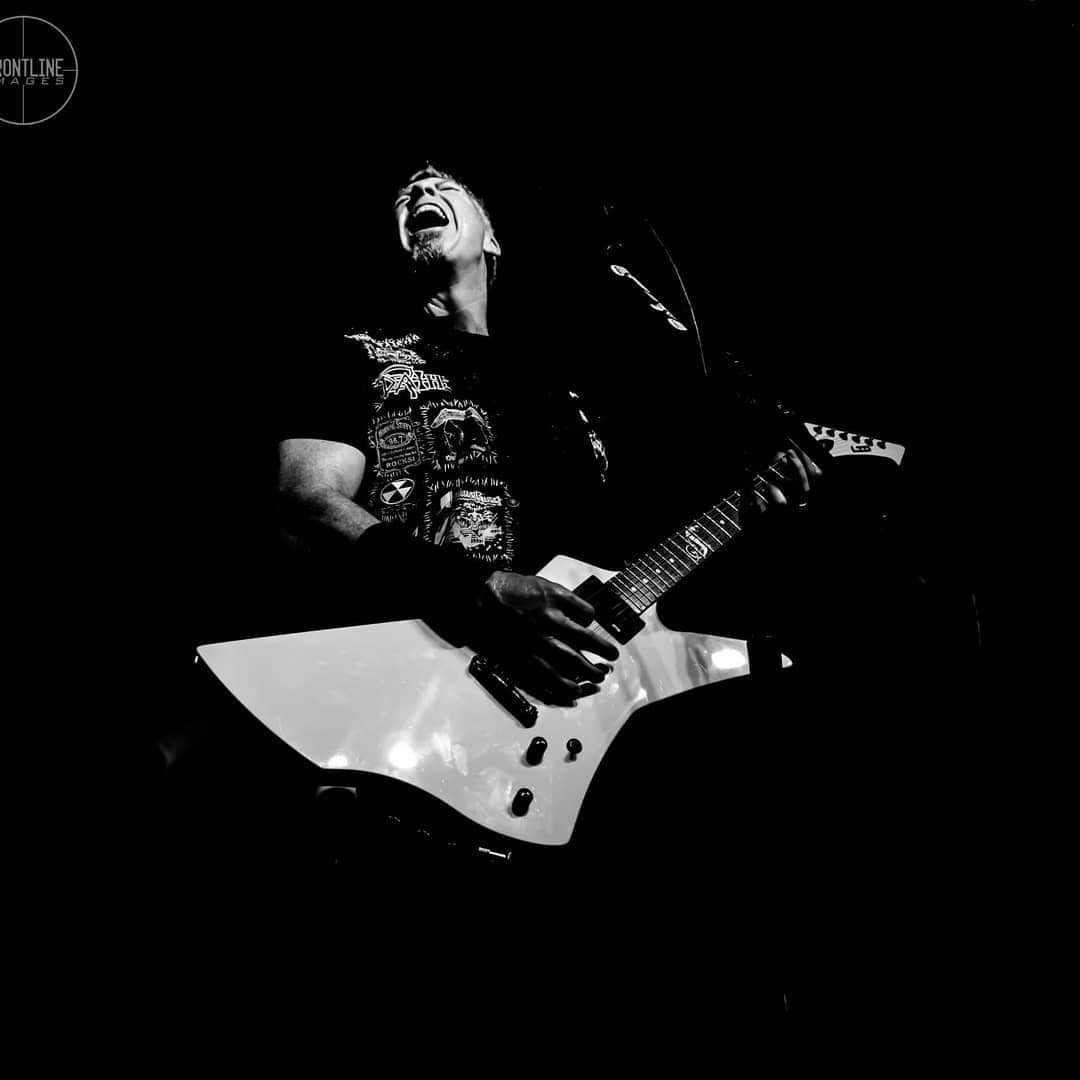 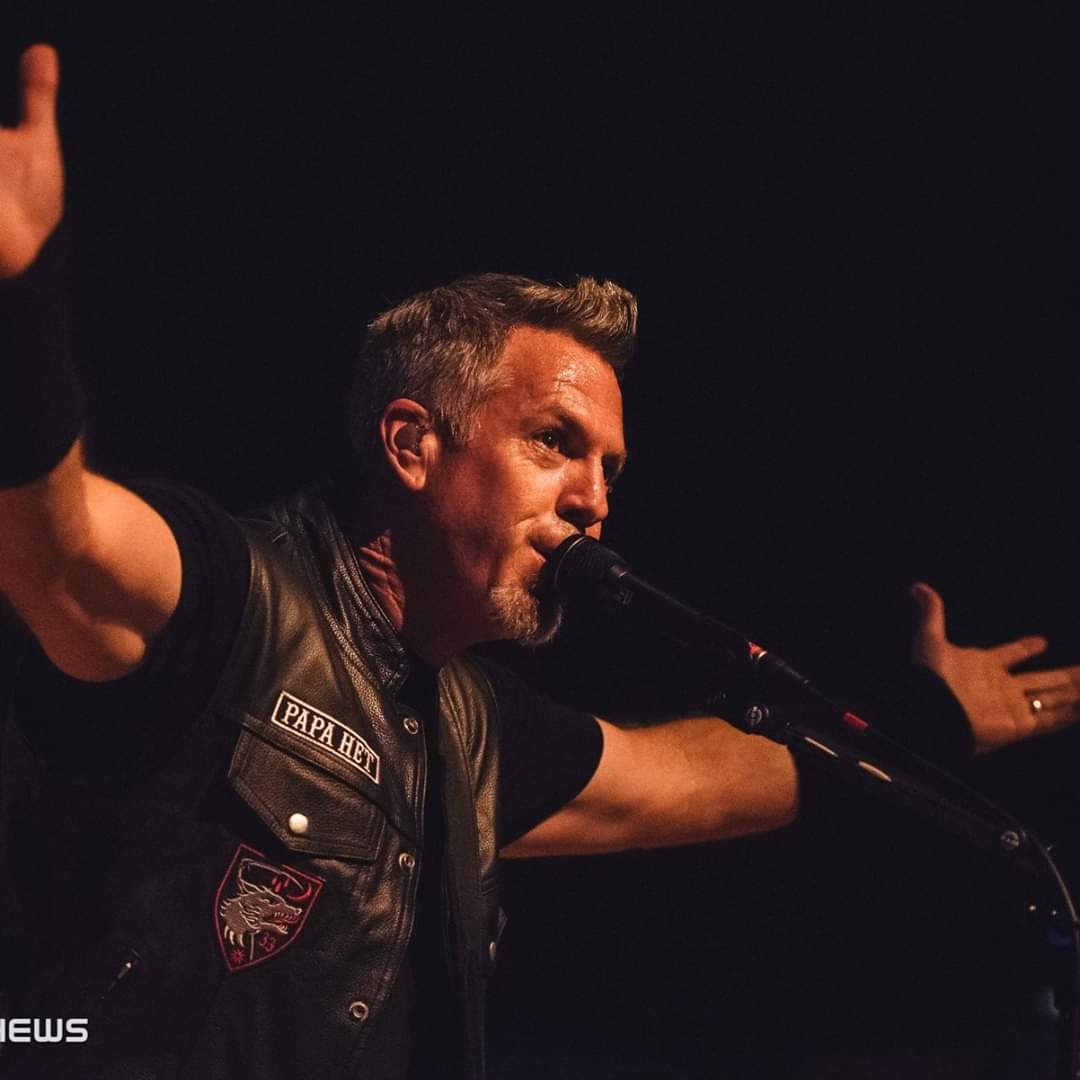 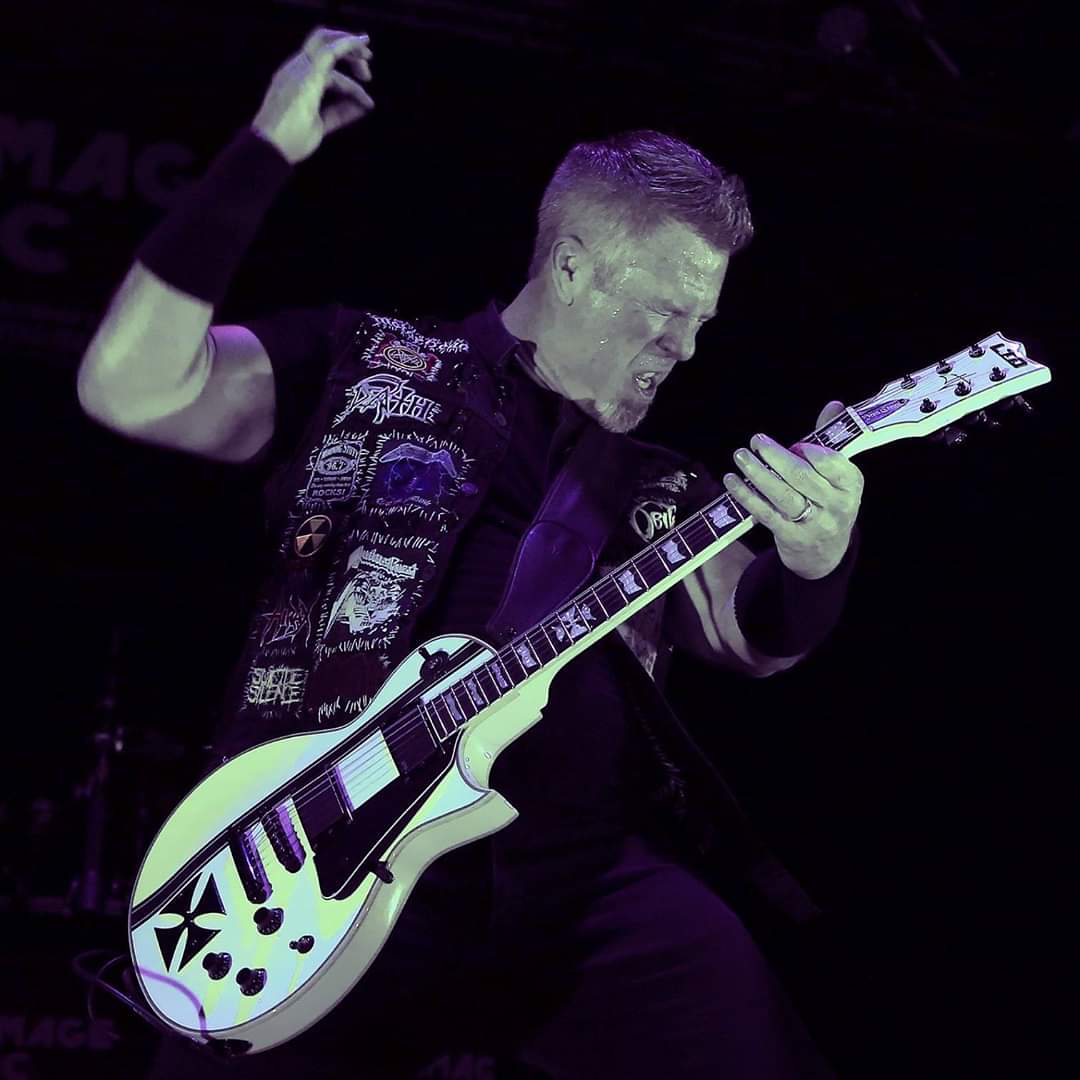 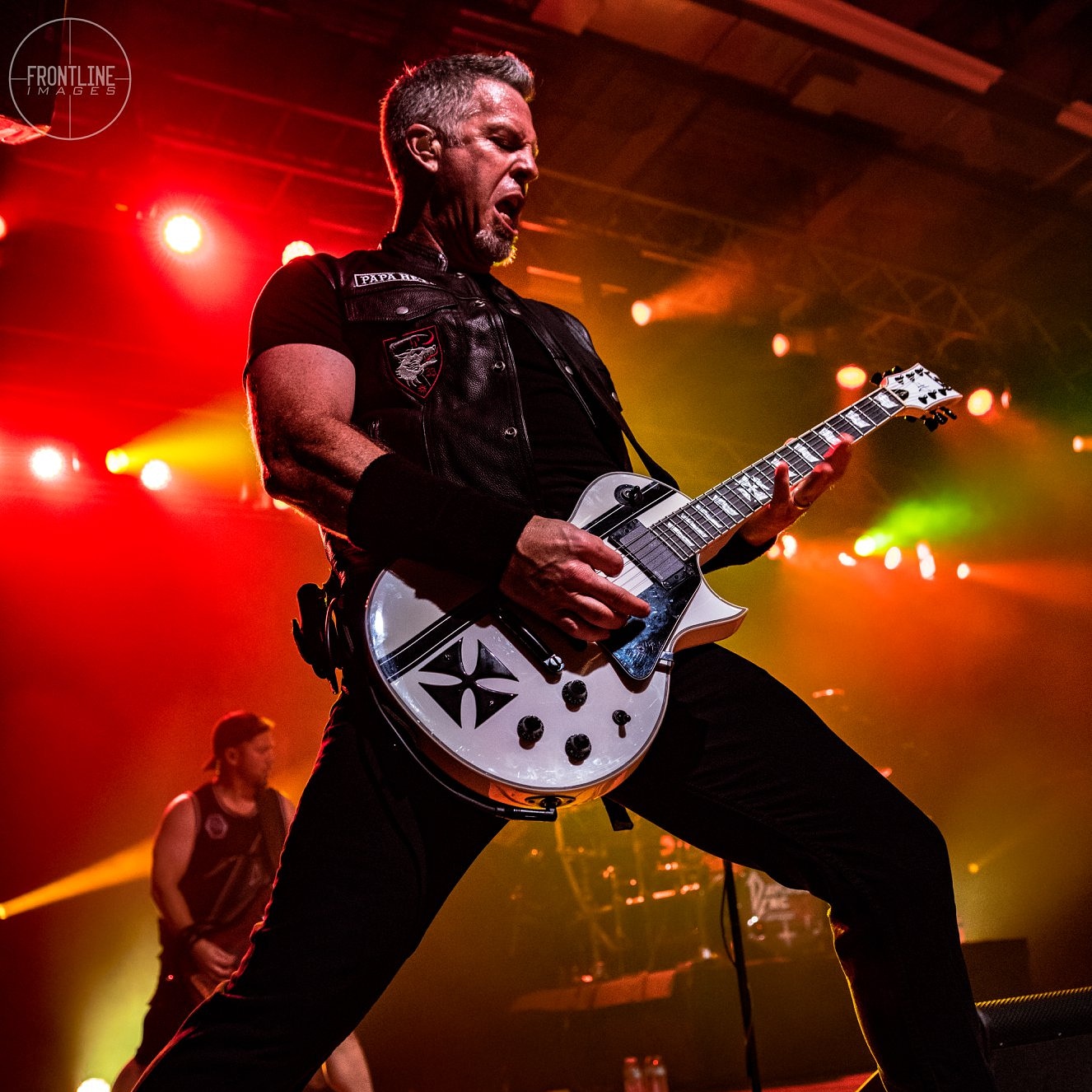