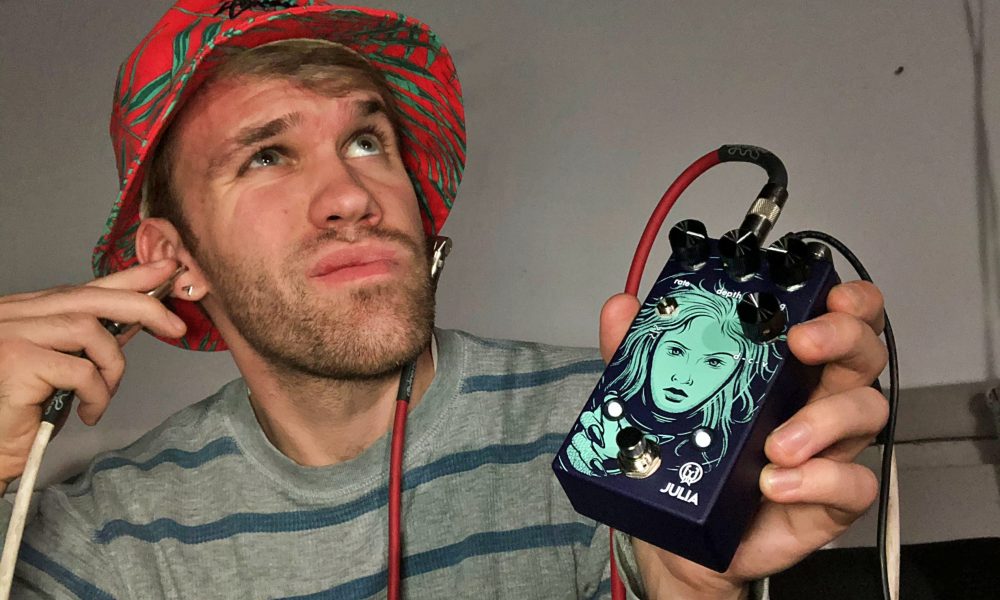 Today we’d like to introduce you to Chris Jaxon.

Thanks for sharing your story with us Chris. So, let’s start at the beginning and we can move on from there.
I was born and raised in Los Angeles and have always been surrounded by music. I showed a knack for music at a very young age because I was able to sing back songs from movies perfectly in key. My parents noticed this (and noticed that I wasn’t very good at anything else) and gave me every opportunity to expand my musical abilities. I started my career playing percussion in church around the age of 12. Eventually, I picked up guitar and then bass. Bass definitely took me the furthest since nobody else played bass in my circle. Things kept getting more and more serious (and my parents got more and more strict) and now here I am with a bachelor’s degree in Popular Music Performance from the University of Southern California. While I was there, I ended up being the bass player and singer-songwriter for about 11 bands by my sophomore year. Once that happened, I decided to narrow down my interests and focus more on independent production. I started recording and producing for rappers, rock bands, and pop artists (including myself). After college, I caught the attention of Ronnell Davis, who I played bass for in his Prion Haiyle project. The two of us began working together as a songwriting and production team, and soon joined forces with Percy Souder (an old friend of Ronnell’s) to start Souder Music Group. SMG is a production, songwriting, artist development, management, and marketing team that uses our collective talents to create and promote great music. Here is where I can use all of his experiences in one place. That, in addition to my own subsidiary NGA Productions, are my two main things currently. I work out of my own studios, Jacksonland Studios, which has locations in Hollywood and Van Nuys.

Overall, has it been relatively smooth? If not, what were some of the struggles along the way?
I was lucky to have very supportive parents. I know a lot of people who do not get the opportunities I have gotten. That being said, I still feel like I’ve needed to work twice as hard to get half as far as some of my contemporaries. A lot of my friends have huge names tied to their resumes and have traveled the world playing music. I am glad I can live doing only music-related things, but I would absolutely love to be doing more things like that. There was a part of my life, primarily in college, where I was very self-centered and borderline arrogant with my approach to music. I spent the latter-half of my time at USC only working on my own music and production, which was great for finding my sound. But I now realize how much I like working with other people. I think if I had kept that collaborative “yes man” attitude throughout my college career, I would probably be a lot further along than I am now. But there is no point in regretting the decisions I made. I am here now.

Please tell us more about your work, what you are currently focused on and most proud of.
Within music, I’m a jack of all trades. I play bass (along with other instruments), I produce, I write songs, I mix, etc. I can probably find my place in anyone’s musical project one way or another. However, I would say my two most notable skills are bass and pop/hip-hop production. I am really proud of myself for being versatile, not just in skills, but in styles of music. Because it really has helped me out in countless situations. I work at Musicians Institute and am expected to have a baseline understanding of pretty much every style of music. That’s been really great for keeping me from slacking off. It also allows me to produce for several kinds of artists with varying tastes. I have always had an interest in all types of music and I think that becomes apparent when you listen to the things I’ve done.

I wish I could somehow clone myself nine times so each Chris clone can just focus solely on one skillset and genre. We’d be unstoppable! I think if there was one thing that set me apart, it is my willingness to get really weird. I listen to a lot of intense and avant-garde music and enjoy incorporating odd ideas into my work. A lot of the music I work on is fairly standard, but I will gladly make something jarring or just plain stupid if it suits the artist’s vision. For instance, I just produced a song for Gloome where the initial note was “just make something really obnoxious” and it was the most fun I have had in the studio in a long time. I like to think I can really deliver of the weird stuff if it’s asked of me.

If you had to go back in time and start over, would you have done anything differently?
I would have practiced bass way more, even though I practice a decent amount. I will always say I am a good bassist because I cannot say I am good at much else. But I still feel like there is a lot more I can learn. There is a higher level of musical thought that I am just now starting to scratch the surface of. I also would have built more quality relationships. I don’t just mean networking. That is very important, but the people who get great gigs are the people who have gained a lot of trust and are usually very close to certain people that open doors for them. And it has to be genuine. Not just “let me hang out with this person until I get something out of them”. That can be sensed from a mile away. Real, personal relationships that organically lead to bigger and better things. That’s more important than any skill you can learn. 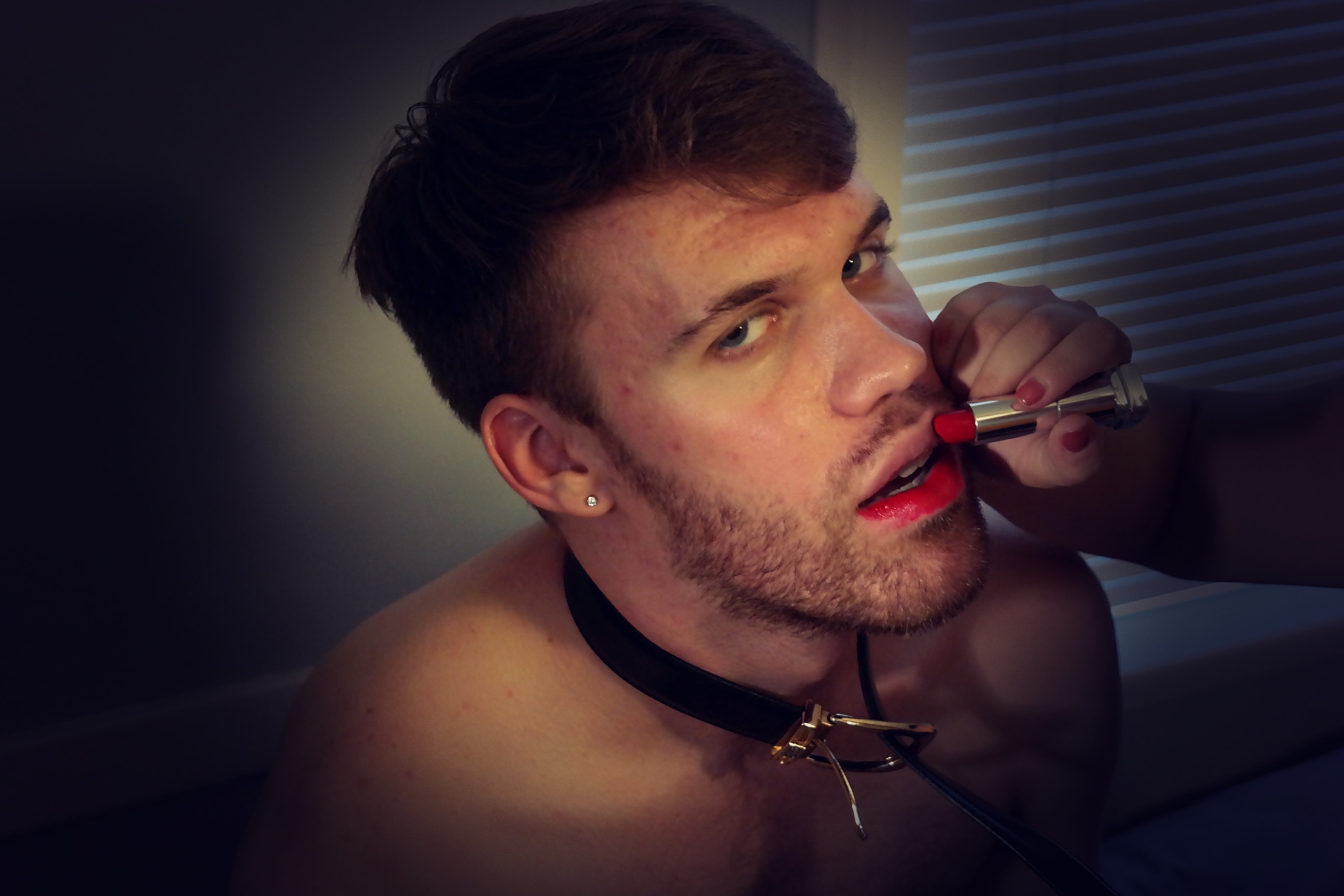 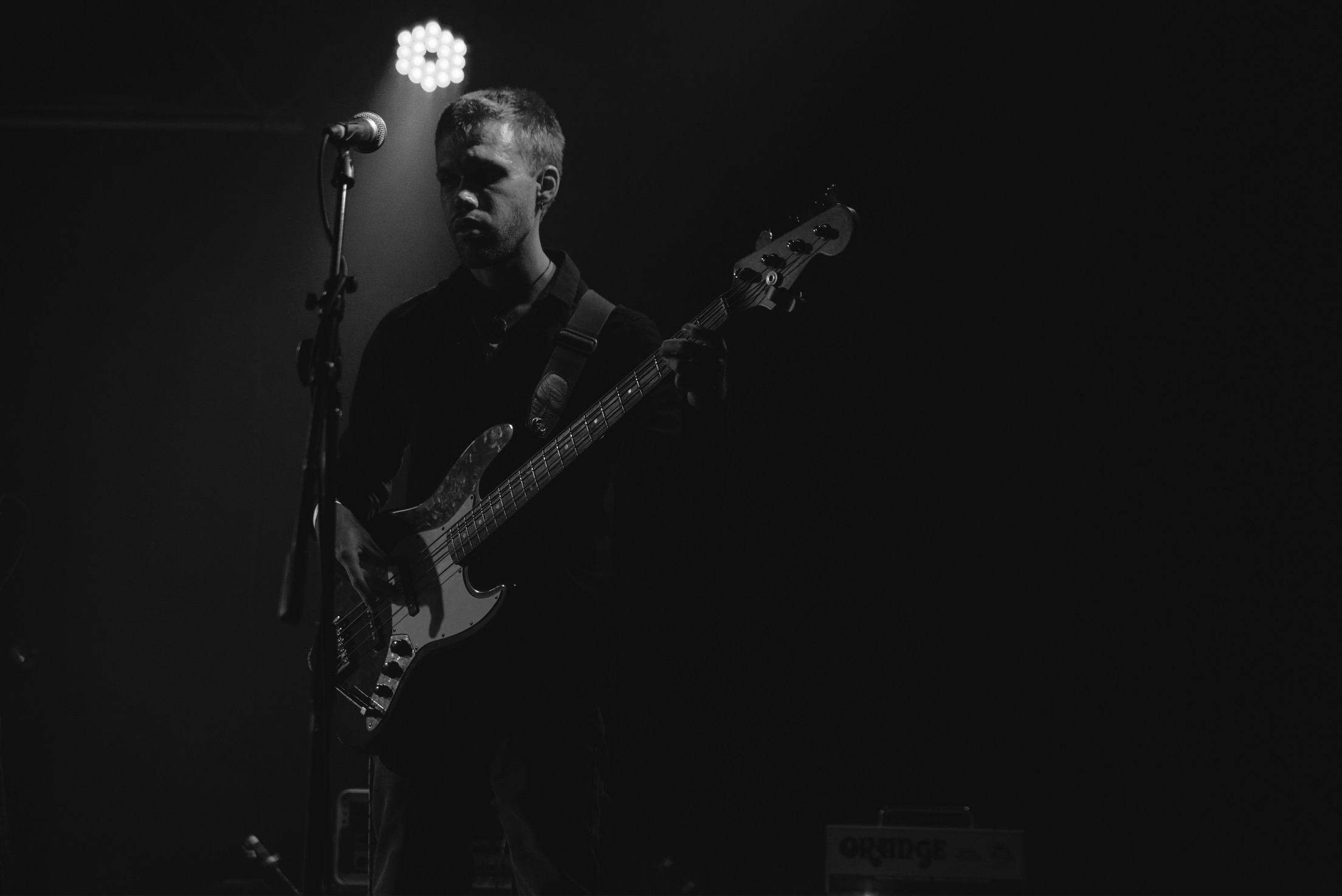 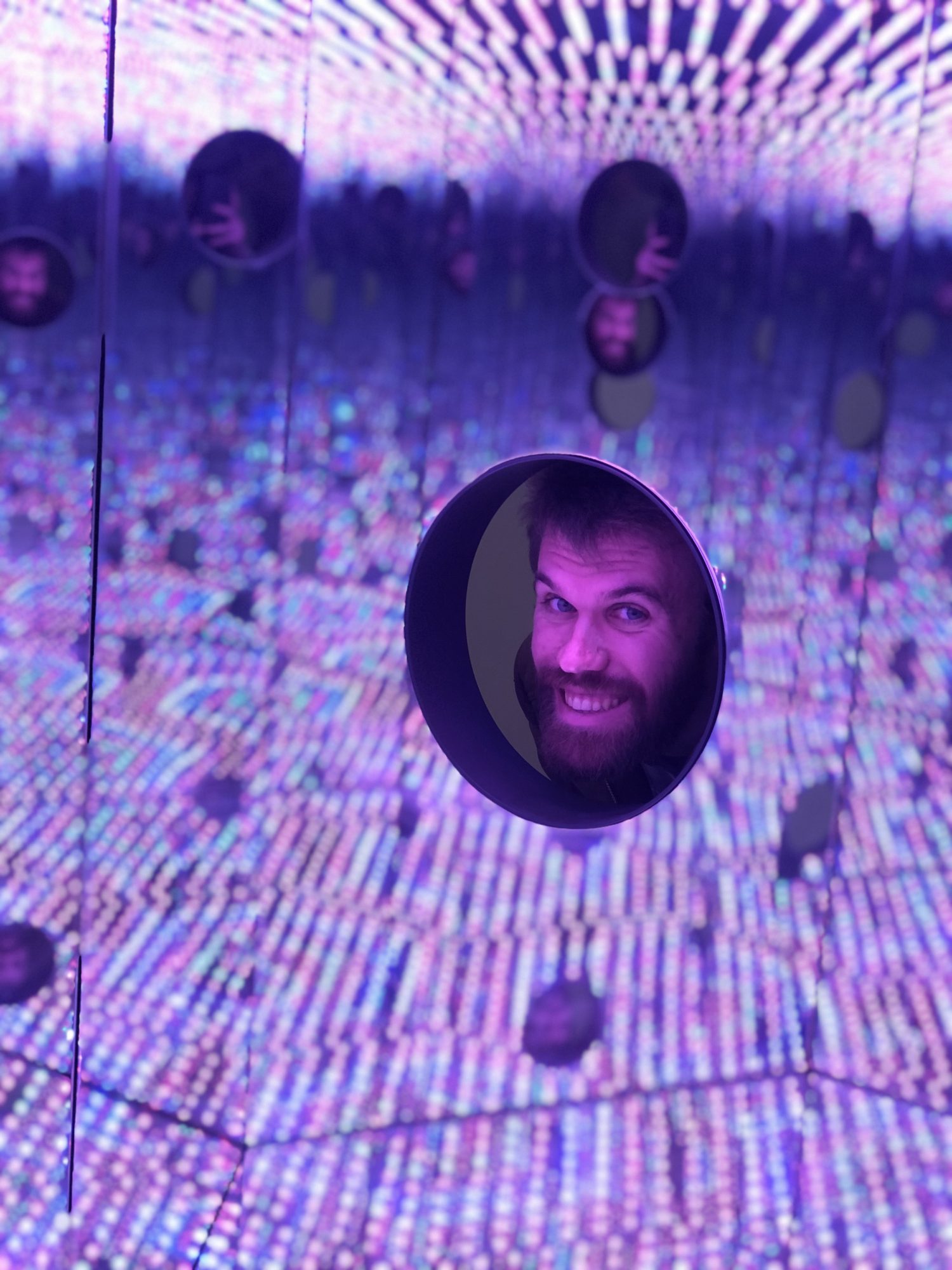 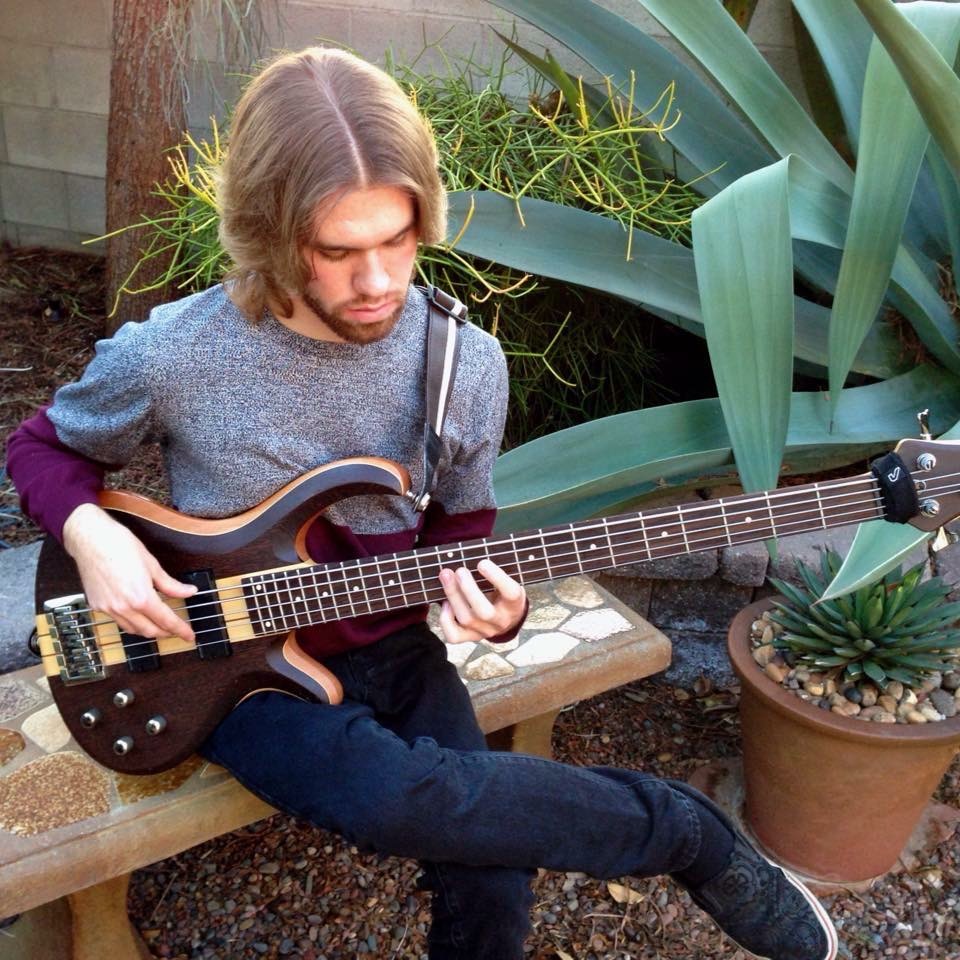 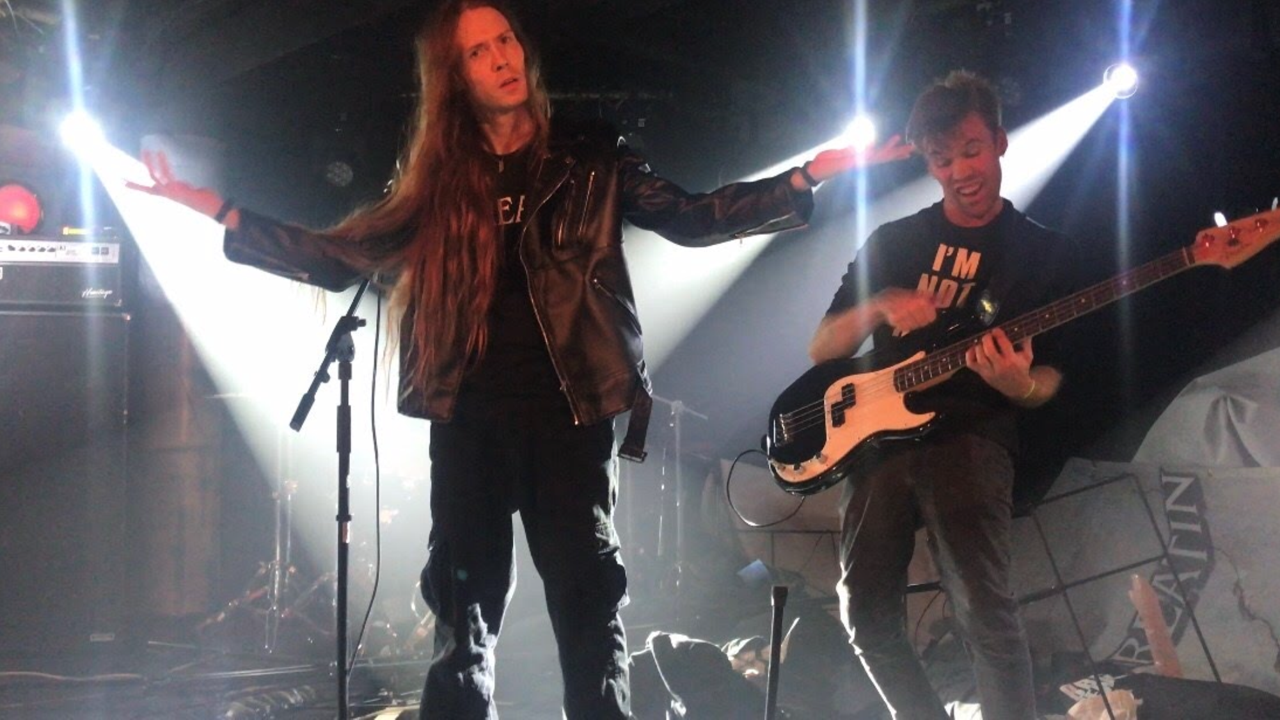 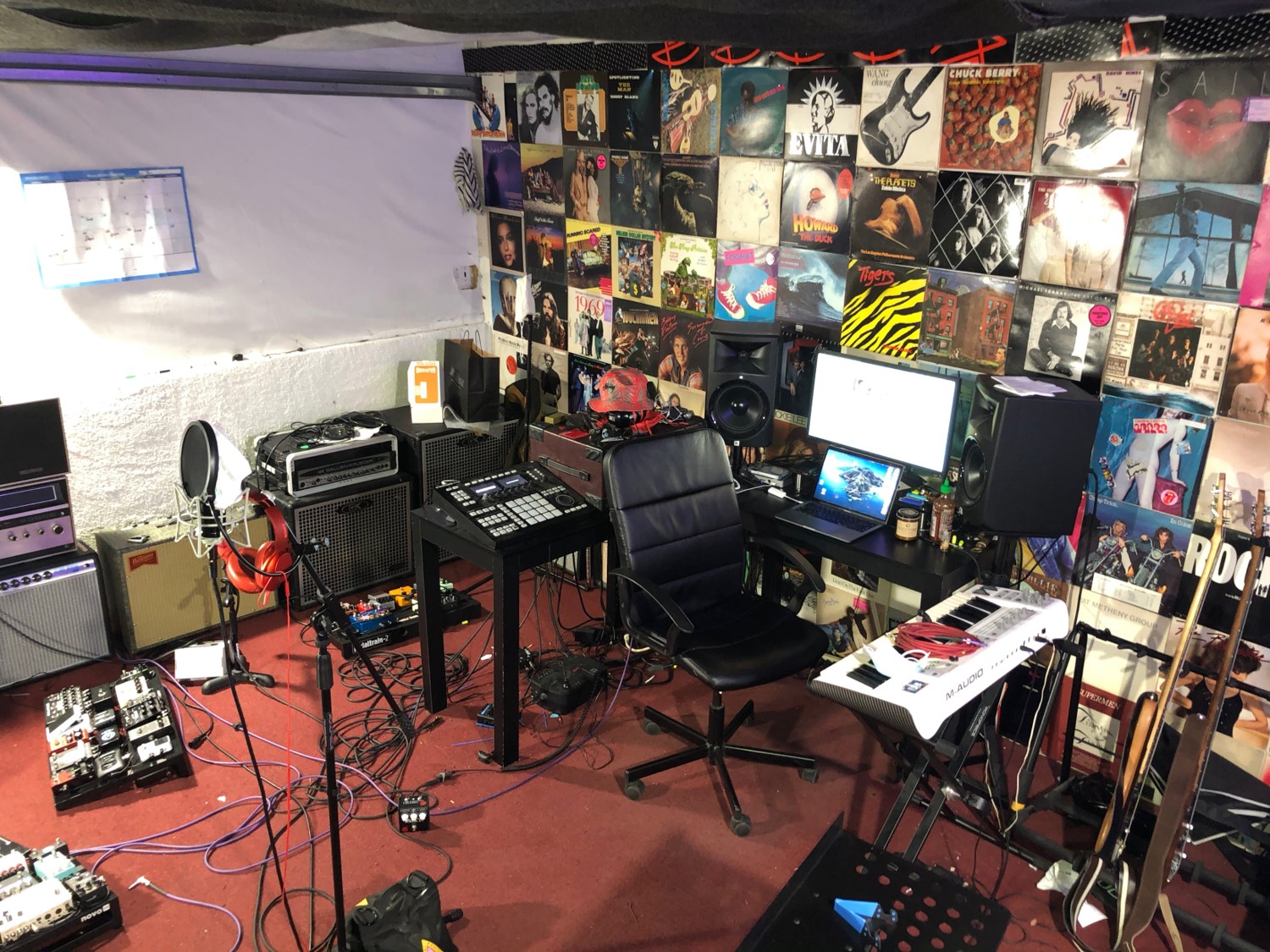 Image Credit:
Photo #5 (Jared Threatin and I) is from Metal Injection