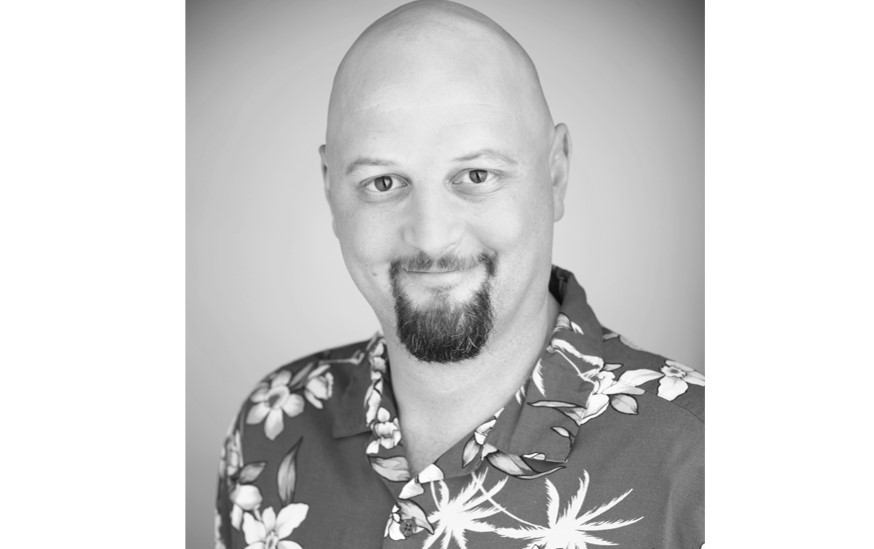 Today we’d like to introduce you to Chris Fetherolf.

Chris, let’s start with your story. We’d love to hear how you got started and how the journey has been so far.
CJF Productions is an independent production house. We provide videography and editing for live events, corporate and private – from a small wedding to a seminar across five rooms with multiple cameras.

We also have a creative branch which produces films, web series, and other creative content (such as www.LAfuzz.com). Please see www.ChrisFetherolf.com for more samples and reels. I also produce and narrate a highly-rated audiobook series called Bill The Vampire (available on Audible, iTunes, and Amazon).

Whether acting, storytelling, or running a camera, that creative world just felt like who I was born to be. At the age of eleven I wrote, produced, directed, and stared in an original one-act play. The school was putting on a holiday talent show and they had asked for the students to perform. People got up and sang or read poetry or did a little dance routine; I had four actors, three crew members, complex lighting cues, a ton of props, set dressing, and pre-recorded audio cues. I don’t why I had such a grand scope as a kid, but at that age, nothing seemed impossible.

Then in high school, I was given access to a video camera. That changed everything. I made my first independent film at fifteen for a school competition and won second place. All that set the tone for the rest of my life. Sadly, there was no internet in those days. I would just walk around handing out VHS tapes.

I went to UCLA (Theater, Film & TV) and was fortunate enough to earn one of twelve slots in an acting track conservatory program. It was short lived, but they brought in industry professionals from NYU and Carnegie Mellon to mentor us and give us an MFA level of instruction. It was an amazing experience. After college I wrote, produced, and stared in a festival award winning indie feature called F-Stops (Silver Remy at the Houston World Fest and Top Ten of the Cinematographer’s Guild). That movie took us to Cannes and back, another amazing adventure.

But those models of operation weren’t sustainable, they didn’t pay the bills with any regularity, so while trying to mount some new projects, I had to slip back into a 9 t 5 job. I already had some decent executive admin level experience from a wide variety of bill-paying day-jobs (Landmark Theaters / Lions Gate Films), so it was never hard for me to find work. Soon enough, I was hired to be the third in command at a real estate firm. It was me, the president, and the VP. Only three properties total, with four employees in the field. I continued to pursue my creative projects on the side, whenever I could, but that job quickly started becoming a career.

I did everything for them – hiring, firing, property budgets, I wrote the company handbook and I flew all over the country for them, setting up new properties, managing transitions through purchases and sales, etc. I set up all the vendors, paid all the bills, incorporated their LLCs for them, became a notary and notarized their documents. I supervised construction build outs, created all the marketing for the company, and even acted as their company lawyer, winning five cases for them in front of a judge. But no matter how successful the company became under my management, they refused to pay an equitable wage or even discuss some ownership. I would get a raise, only if I threatened to leave. I built them up from 3 properties to 25, from 5 employees in the field to over 60 and they laughed all the way to the bank while giving me the finger. They told me I was expendable and thought of every employee as an indentured servant, even their third in command. Only investors were treated with respect.

And I saw that pattern of greed running through every industry. It became painfully clear to me that being an entrepreneur was the only answer. Working for yourself gives you a shot at succeeding. Working for someone else was indentured servitude, with zero chance of earning a fair share.

So, I shifted my thinking in a major way. I stopped trying to find acting gigs or fundraising for side-projects. Instead, I focused on making money from my talents. Videography was the easiest to self-start, since I already had some basic equipment. Before I even left my former job, I had the Academy of Motion Pictures as my first client. Suddenly I was filming interviews with Ben Affleck and Denzel Washington – and paying my bills because of it. I had five reoccurring clients by the end of the first year, plus a lot of one-offs from other leads. We’ve grown every year since!

We’re always bombarded by how great it is to pursue your passion, etc – but we’ve spoken with enough people to know that it’s not always easy. Overall, would you say things have been easy for you?
The biggest struggle early on was managing the company cash flow without any startup capital. My business was built form the ground up, funded by the gigs I was able to book. No bank loans, no investors. I cashed out a 401K and ran up some credit card debt to get the train moving, but I knew I could do it.

In my industry, the constant technology upgrades are both exciting and frustrating. Keeping up can be taxing to the brain and wallet. There is always new software to learn, new cameras and formats to integrate, etc.

I fought switching up my editing software last year, because I had too many projects on my plate and didn’t want to spend the time to learn a new process. Then my software failed because they stopped making updates and patches. I had to start a project from scratch and learn the new software. Ironically, once I had learned the software, my productivity went through the roof. The new software was faster, more efficient, and internet based – so less wear and tear on the computer.

But I’ve learned in life that if you want things to go smoothly, you have to go with the flow. Even if you don’t like where it’s going, fighting the current is much harder than just adapting.

So, as you know, we’re impressed with CJF Productions – tell our readers more, for example what you’re most proud of as a company and what sets you apart from others.
CJF Productions is unique in its approach. We treat every project like a Hollywood production. Whether you have an A-list event or a run-and-gun independent budget, we work closely with our clients to create products that capture the look, the feel, the mood, and the story of the event. It’s more than just beautiful pictures or a lasting memory, it should become one of your favorite movies that you want to watch multiple times.

So, what’s next? Any big plans?
In the next year, we will be venturing into publishing to supplement our audiobook production. We can’t say too much about it yet, but we are excited. Our audiobook series Bill the Vampire has sold well and garnered a bunch of positive fan reviews, so we are hoping to build on that audience:

We are also planning on a couple of new narrative projects for 2018 and 2019, in between all the weddings, mitzvahs, concerts, and seminars. It should be a busy year!

Image Credit:
All images and designs by CJF Productions
Bill the Vampire, by Rick Gualteiri