Meet Chris Bunag of The Night Surfers in Glendale 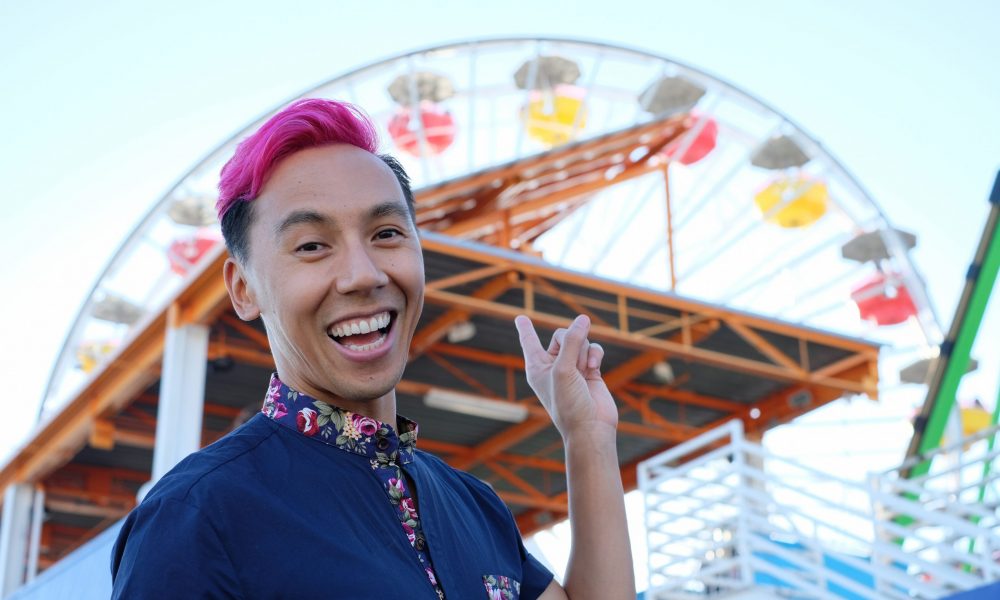 Today we’d like to introduce you to Chris Bunag.

Chris, can you briefly walk us through your story – how you started and how you got to where you are today.
My webcomic, The Night Surfers, started in 2009 as a way for me to practice my drawing outside of drawing fanart of other people’s characters. It’s based on a joke my friend and I came up with years before (vampires surfing on coffins), and I just decided to build from that to create my own story. I had intended to just write and illustrate one issue, because I don’t usually finish things I start, but I ended up being inspired and made an entire story arc.

A decade later, The Night Surfers is still has a very modest following, but I’m proud of what I’ve made of it. I still have a ton of stories to tell, and I already know how it’s going to end!

Great, so let’s dig a little deeper into the story – has it been an easy path overall and if not, what were the challenges you’ve had to overcome?
Since I still have a very modest following, I’d say I’m still struggling, haha! The road hasn’t been smooth. A few years after I had finished my first issue, I spent a ton of money creating merch to help promote my comic and got a table at a convention. Unfortunately, I was largely ignored. I’m super grateful for the people that did take an interest, but it felt like a failure in the end.

Other than that, I’d say the artistic challenges are part of what made me want to do this! Having specific scenes I need to play out forced me to draw things I would normally avoid drawing, so it’s helped me improve my skill as an artist!

Please tell us about your business.
The Night Surfers is my webcomic, both illustrated and written by me! It’s a light-hearted superhero adventure, about a group of teens who are imbued with the powers of monsters to defend their town from the evil sand witch. I’m most proud of the fact that I did it all myself, including designing the website, which was a bit of a headache, haha. I’d like to think that I have a one-of-a-kind idea, but to be completely honest, the comics world is so diverse, I think everyone has such original ideas! Sometimes I feel like I get lost in the shuffle.

What moment in your career do you look back most fondly on?
My proudest moment was definitely during one of my lower points. I had started to wonder if I should still draw my comic, as I wasn’t getting much feedback and felt like I was presenting to nobody. As I wondered this, a fan emailed me and told me that while they never took the opportunity to interact, that they loved the comic and looked forward to it continuing! Knowing I impacted at least one person was a push I needed. 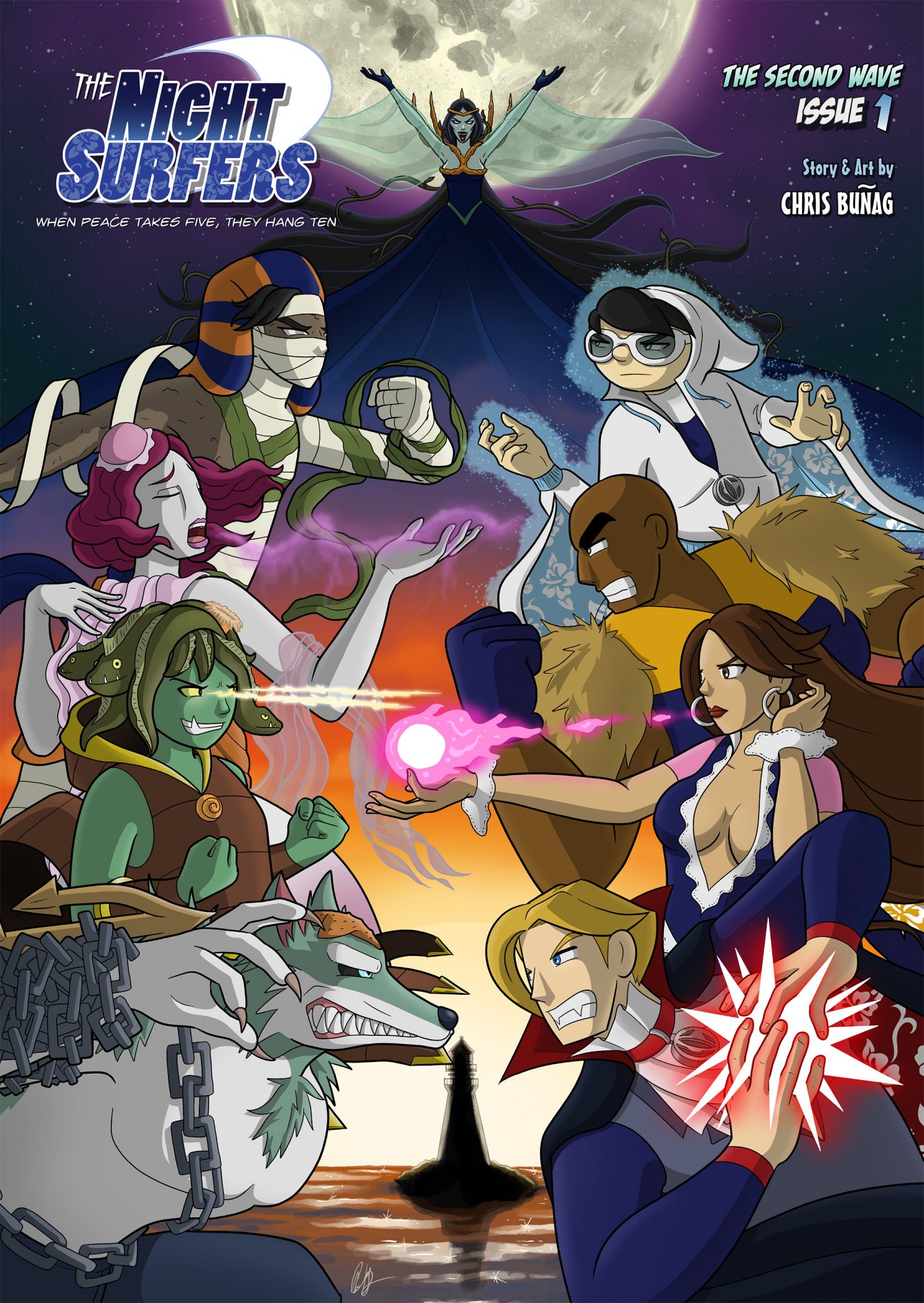 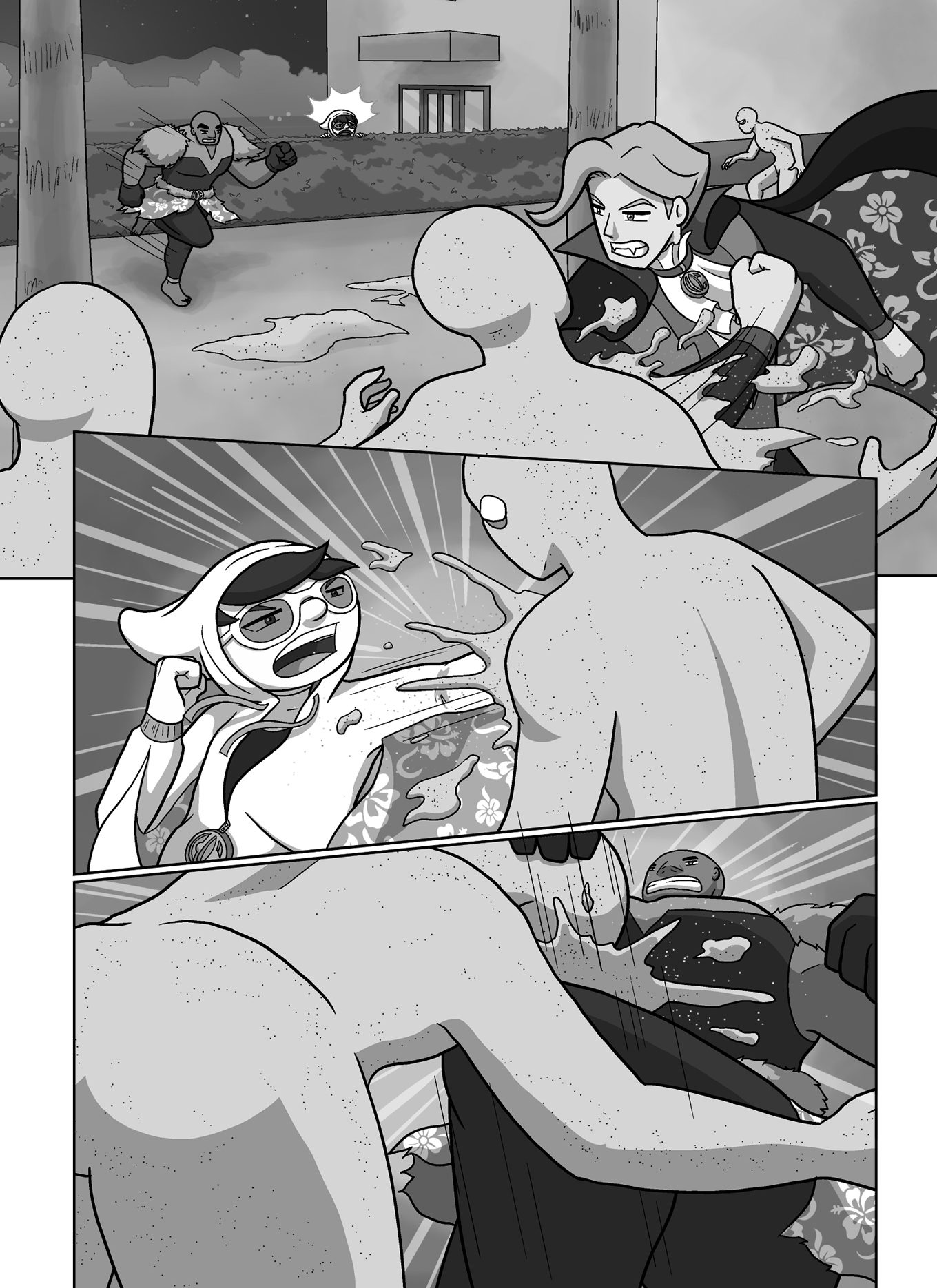 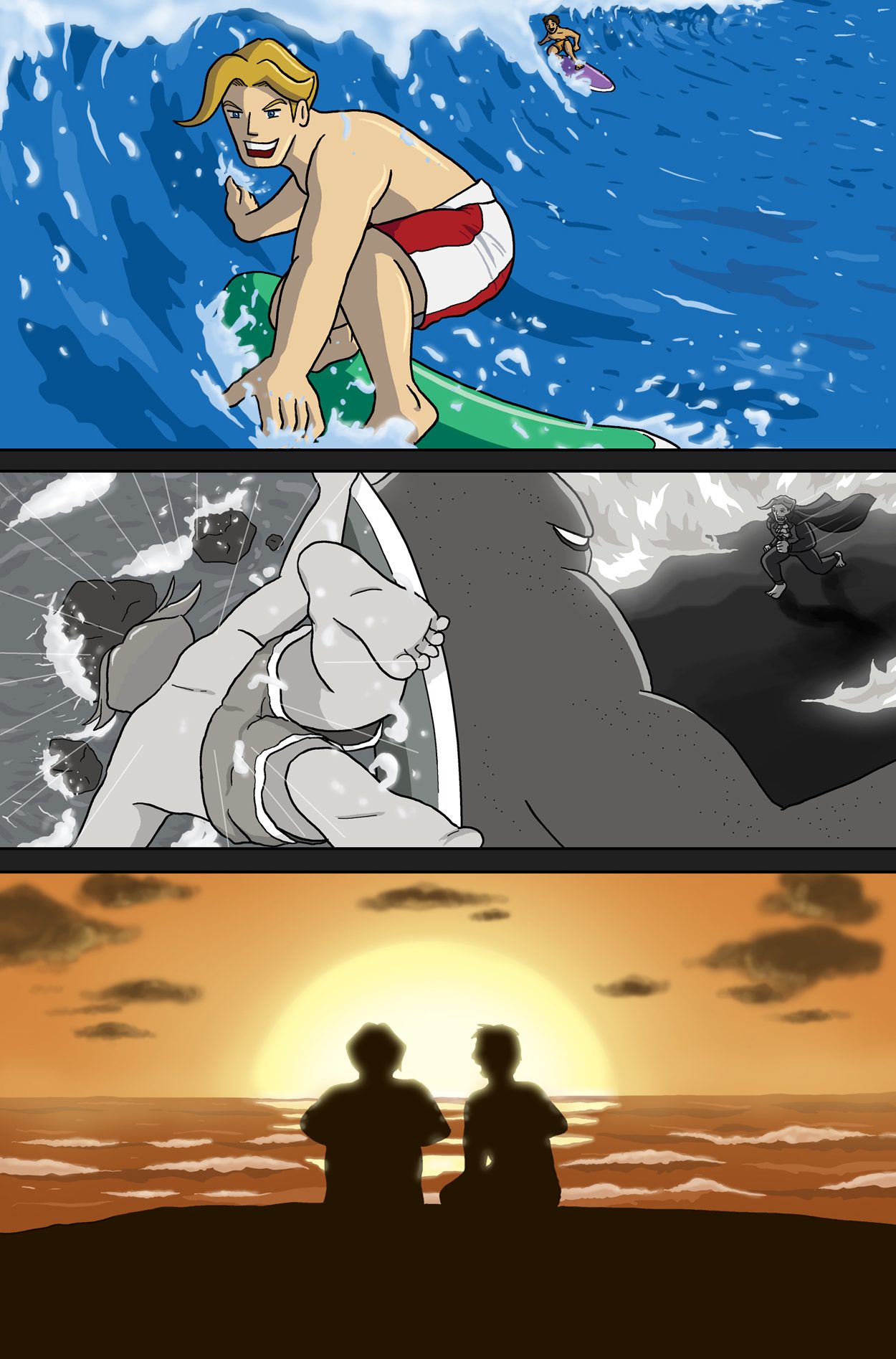 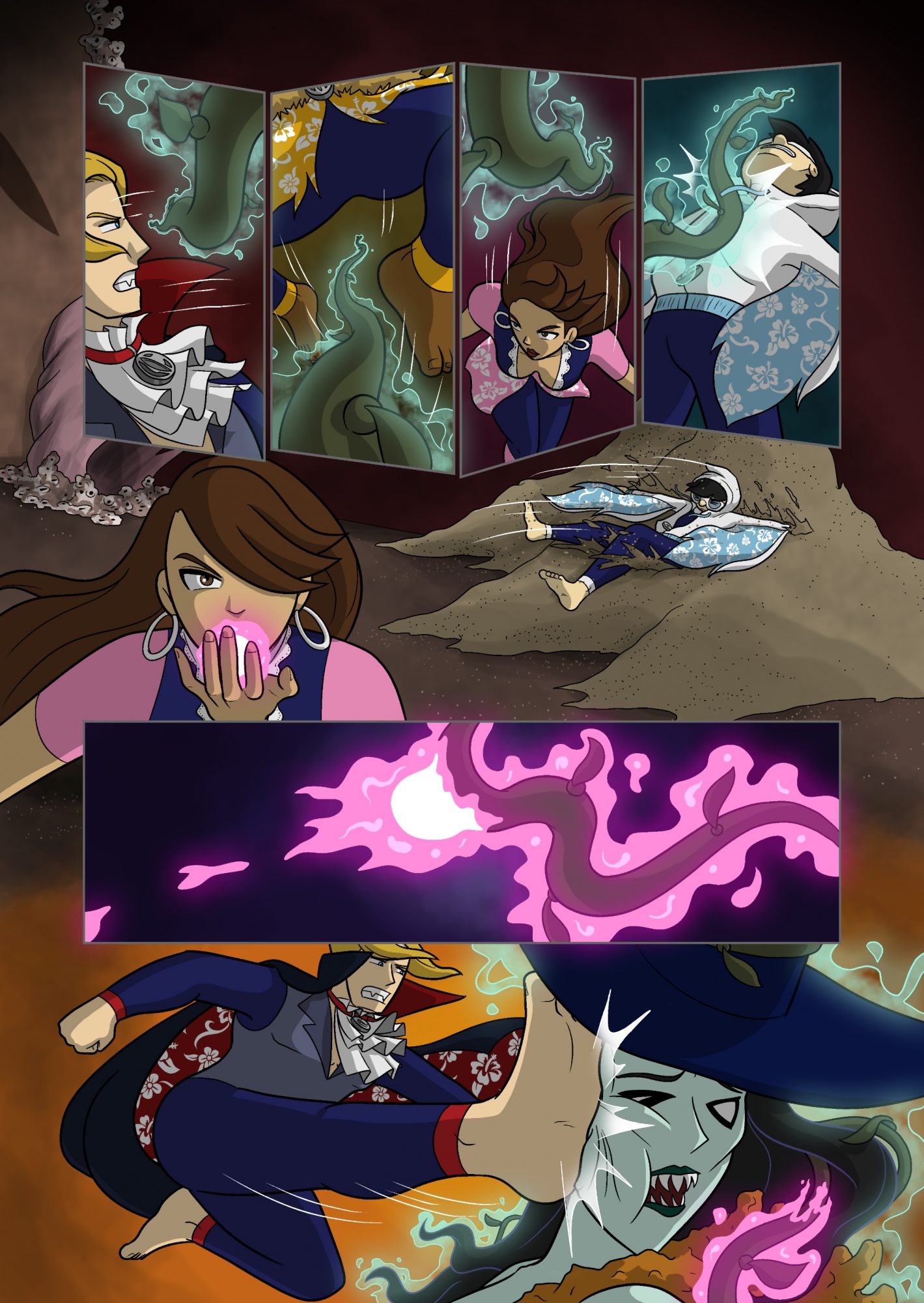 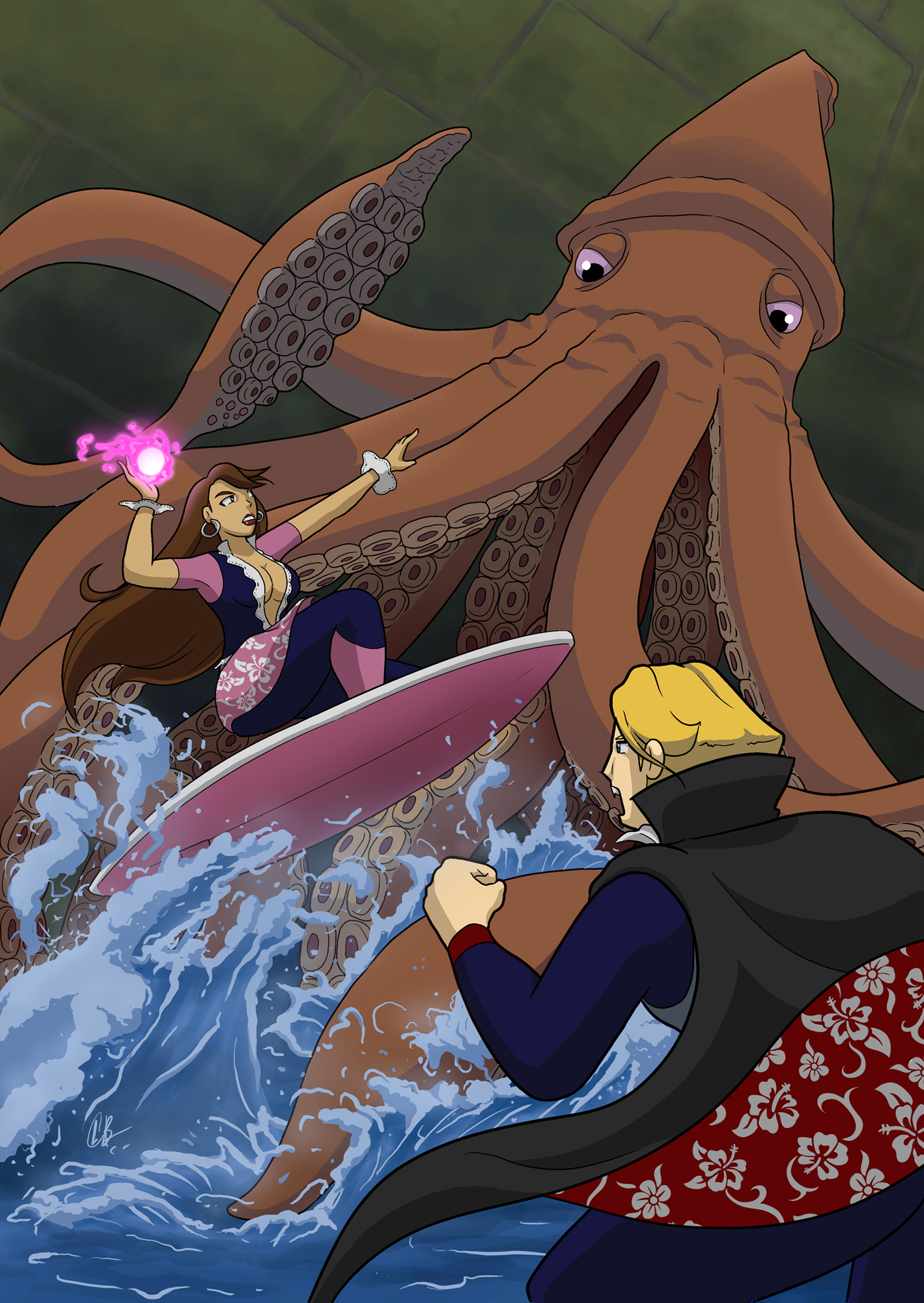 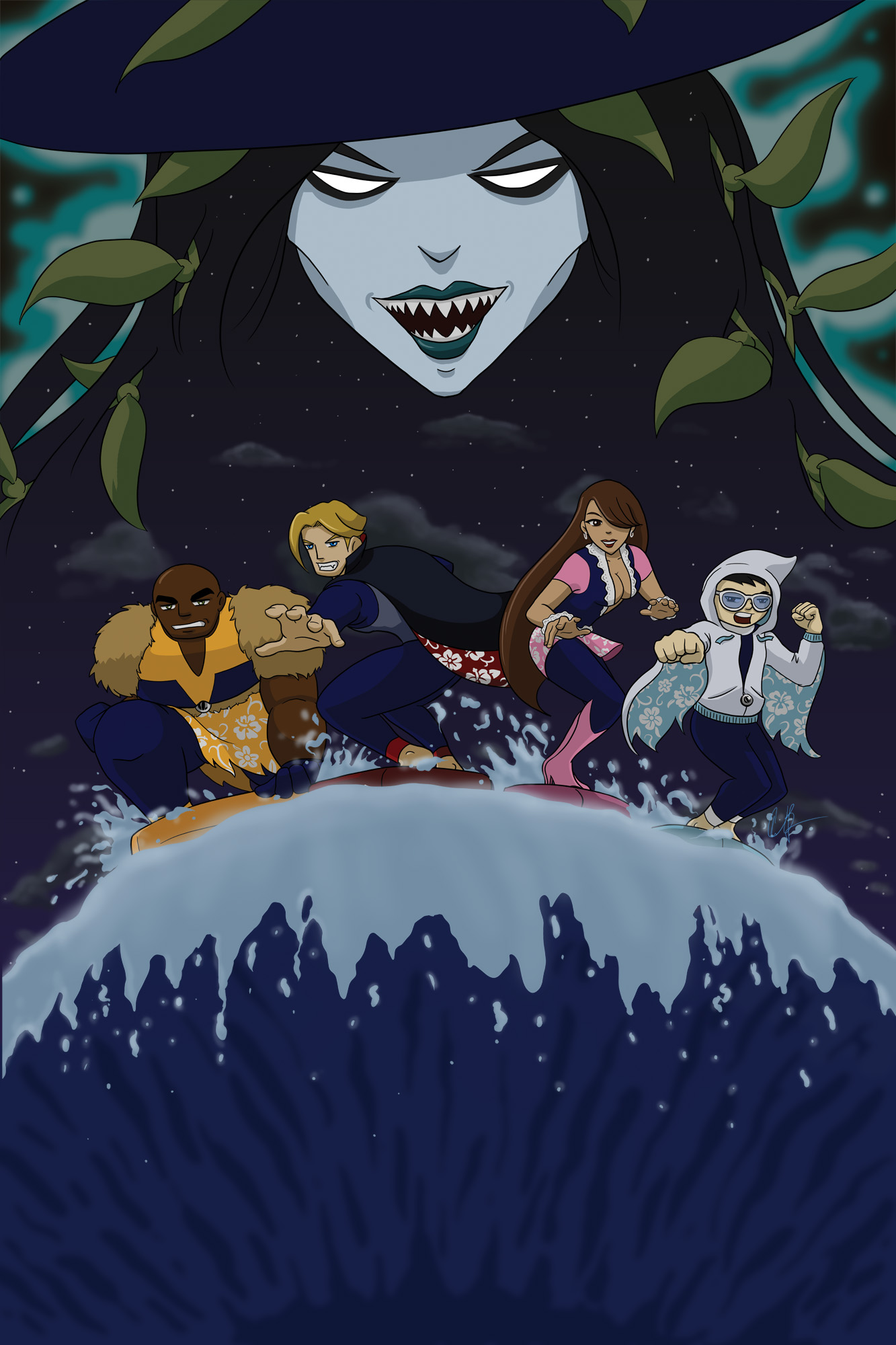 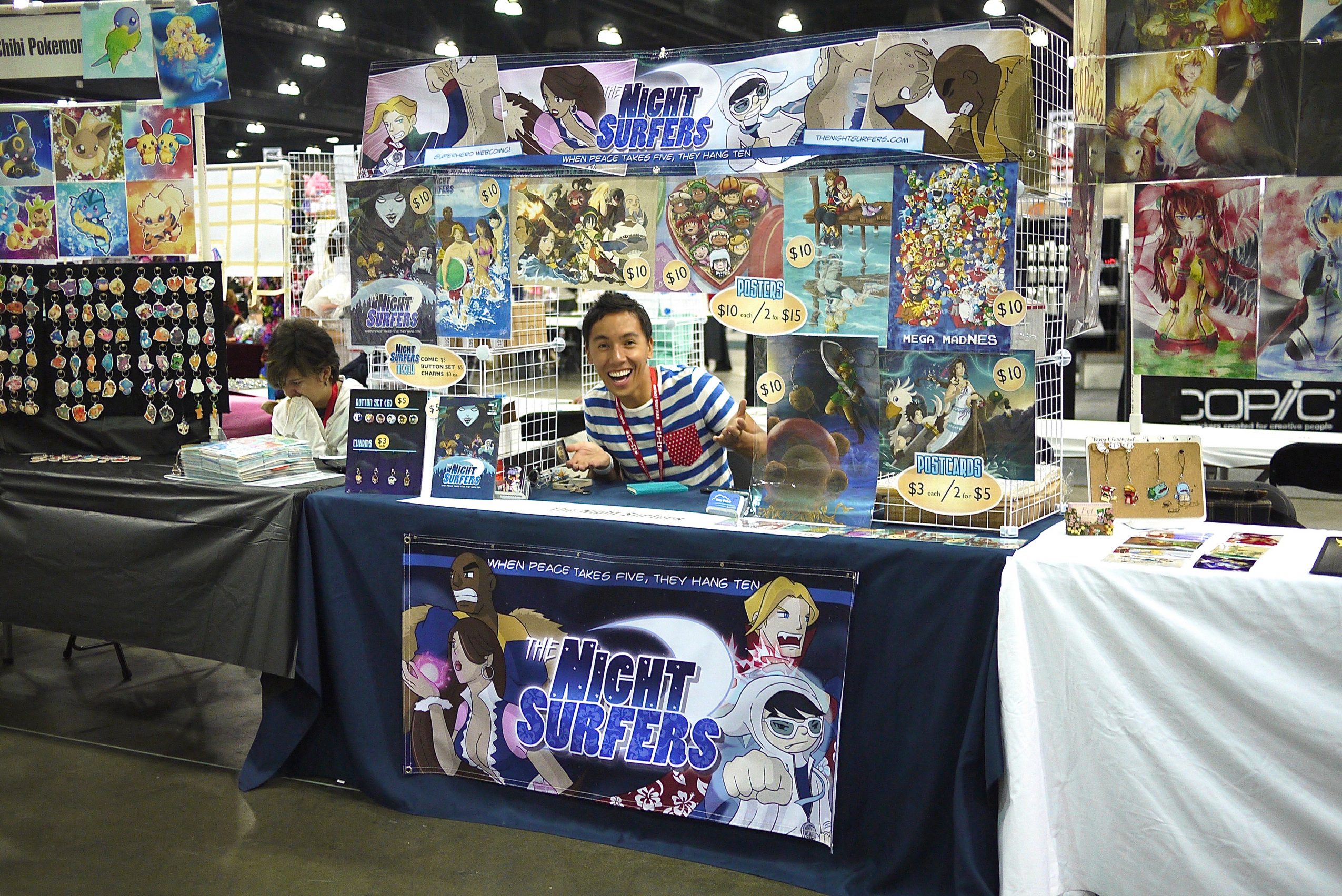