Meet Chris Bautista of The Beignet Truck in Los Angeles 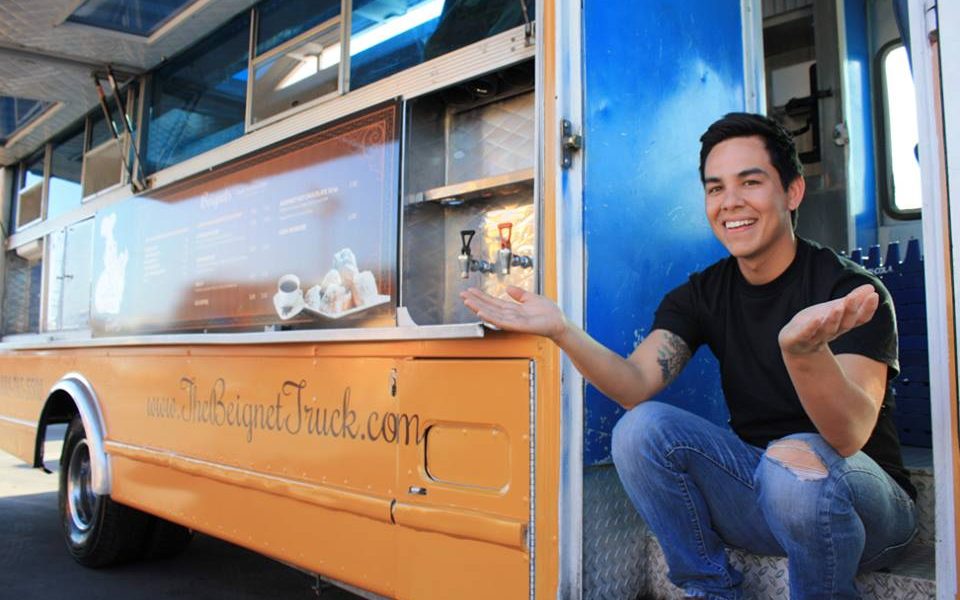 Today we’d like to introduce you to Chris Bautista.

So, before we jump into specific questions about the business, why don’t you give us some details about you and your story.
My story is not too complicated. I was born into a multi-ethnic family who had a deep appreciation for food, both eating it and creating it. Growing up in that environment, I became accustomed to trying foods in various places, and recreating it in my own kitchen. I took a trip to New Orleans because of all the great things I had heard about the culinary scene down there. Beignets were one of the specialties I had tried for the first time during my visit there and immediately fell in love with their comforting simplicity. They were familiar like a doughnut, yet fresh and light, something I hadn’t seen in other fried pastries. When I returned to Los Angeles, I started my hunt to find a quality beignet in the city, but sadly I could not find one that satisfied my craving. I then decided to start making them myself, and lo and behold, I become pretty good at it! Los Angeles is a large city, so I could not understand why such a populous area was lacking such an obviously delicious treat, so The Beignet Truck was born. It’s been over three and a half years later, and we’re stronger and more delicious than ever!

We’re always bombarded by how great it is to pursue your passion, etc – but we’ve spoken with enough people to know that it’s not always easy. Overall, would you say things have been easy for you?
There have been countless obstacles along the way, especially in the beginning stages. Food truck problems that are not specific to only us are things like permits, angry restaurant owners that don’t want competition parked near their business, weather conditions, flat tires, traffic, parking enforcement… its endless! Challenges specific to what we do are more to do with people being unfamiliar with what an actual “beignet” is. Some people are too intimidated to even try to attempt to pronounce it, that they would rather just grab a cupcake someone where. Over the course of the three+ years we’ve been open, we’ve seen more and more people become familiar with what we do.

So, as you know, we’re impressed with The Beignet Truck – tell our readers more, for example what you’re most proud of as a company and what sets you apart from others.
In my truck, I make beignets from scratch from a recipe I created myself. I take a lot of pride from the quality and consistency of my product. I make ever batch of dough myself, from scratch ingredients and with my own two hands, no machines or mixers. It’s a lot of work, but there seems to be a certain “love” I put into each batch that I personally think is obvious when tasting the final result. We do not fry up any beignets until they’re order, that way we can always ensure the freshest experience. Other than the beignets, we also import Creole Coffee and Chicory from a New Orleans roaster. Chicory coffee is a part of the New Orleans experience as well. I also make a gourmet hot chocolate made from real cocoa and various spices. We serve iced versions of both chicory coffee and hot chocolate beverages. For those who want a little something extra for their beignets, we also offer dipping sauces, such as salted caramel, dark chocolate fudge, or raspberry among many others that we rotate in and out of our menu.

So, what’s next? Any big plans?
I have high hopes to expand, but I’m currently weighing out my options. Stay tuned!