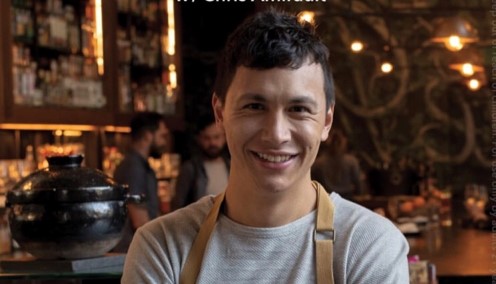 Today we’d like to introduce you to Chris Amirault.

Chris, can you briefly walk us through your story – how you started and how you got to where you are today.
Eight years ago, I bought a one-way ticket to LA with dreams of being in the entertainment industry. I was spending the majority of my time acting and writing while working retail at GUESS Jeans in the mall. I was barely making enough money to pay rent, and I would eat ramen noodles for meals least 10-12 times a week. I was struggling. A friend of mine was working at a restaurant that was closing, but they didn’t have a definite date yet.

So I asked if they needed some help. They hired me as a Barback, and I couldn’t be more excited. Making an hourly wage and take home some tips? Sign me up! They looked at my fake resume filled with made up Irish pubs that had closed in Boston and somehow gave me a job. While working there, I convinced the GM to give me some bartending shifts.

I met a gentleman who came in with his wife, who coincidentally was from Boston and moved out to LA to be an actor. We shot the shit and hit it off right away, and he asked me to make him a drink. I made him the worst vodka soda with muddled strawberries. He politely thanked me and drank it and then asked me if I wanted to learn more about bartending. I told him sure, but I was broke, and I couldn’t afford classes or anything.

A week later, I was sitting at his restaurant, Playa, with a hundred or so bartenders interviewing to become students in Julian Cox’s cocktail class. Brian, the guest who hooked me up, had mentioned something to Julian and somehow I was in class the following week. I was learning tools, techniques, cocktails, and spirits. I was overwhelmed, I had no idea what I was doing. But I loved it, so I studied my ass off every night to try and get better.

Six weeks later, we took our final, and I passed and was placed to work at my first craft bartending job at Messhall in Los Feliz. I remember calling my acting manager and saying I was going to take a break from acting and see what this bartending thing was all about. That was just over six years ago, and I haven’t looked back since.

Great, so let’s dig a little deeper into the story – has it been an easy path overall and if not, what were the challenges you’ve had to overcome?
Nothing is ever smooth, right? I’ve always been a big advocate of the saying “Leap and the net will appear!” Just because something is new, doesn’t mean you shouldn’t go for it! So I was a young, fresh-faced new bartender that would go to dive bars and ask for a whiskey sour. (You can ask Joey from Harvard & Stone).

I was so excited, but I didn’t know how to start. How to get my name out there, how to create drinks, how to be a maestro behind the bar. The bartending world can definitely seem like an old man’s club sometimes, and I certainly felt that being a newbie.

Luckily for me, I had an unbelievable support group of friends that took me under their wing. They introduced me to their friends, they took me to bars, we ate a dope restaurant, we tasted spirits. I wouldn’t be where I am today if it wasn’t for Karen, Amanda, Paul, Trevor, Nick, Julian, Josh, Kleinbart, and Kiowa. They made me feel welcome like I was at home. I’ll never forget what they did for me.

Please tell us about Otium.
When people ask us how we would describe the food & beverage program at Otium, we say that “it is quintessentially Los Angeles!” We believe that being quintessentially Los Angeles means taking advantage of all the inspiration around us. If you asked everyone in this room what they had for lunch and then had them put a pin on a map of the world, there would be pins EVERYWHERE! That’s what it means to be an Angelino!

I try to put that idea into my cocktails. We use culinary techniques, elements of nostalgia, and high-quality spirits to bring you a drink that will challenge or even surprise you. That’s the thing about LA, the creativity and stimuli are endless!

Do you look back particularly fondly on any memories from childhood?
I remember my dad trying to teach me how to make a Manhattan. His recipe was three oz of Crown Royal, a dash of bitters and a splash of sweet vermouth, shaken. It was disgusting and so strong, I can remember that taste to this very day.

He would teach me how to make cocktails in the basement, and I would have to drink my mistakes. And believe me, my mistakes were awful back then. It’s funny to look back on that moment then and see the early beginnings of what my career is now. 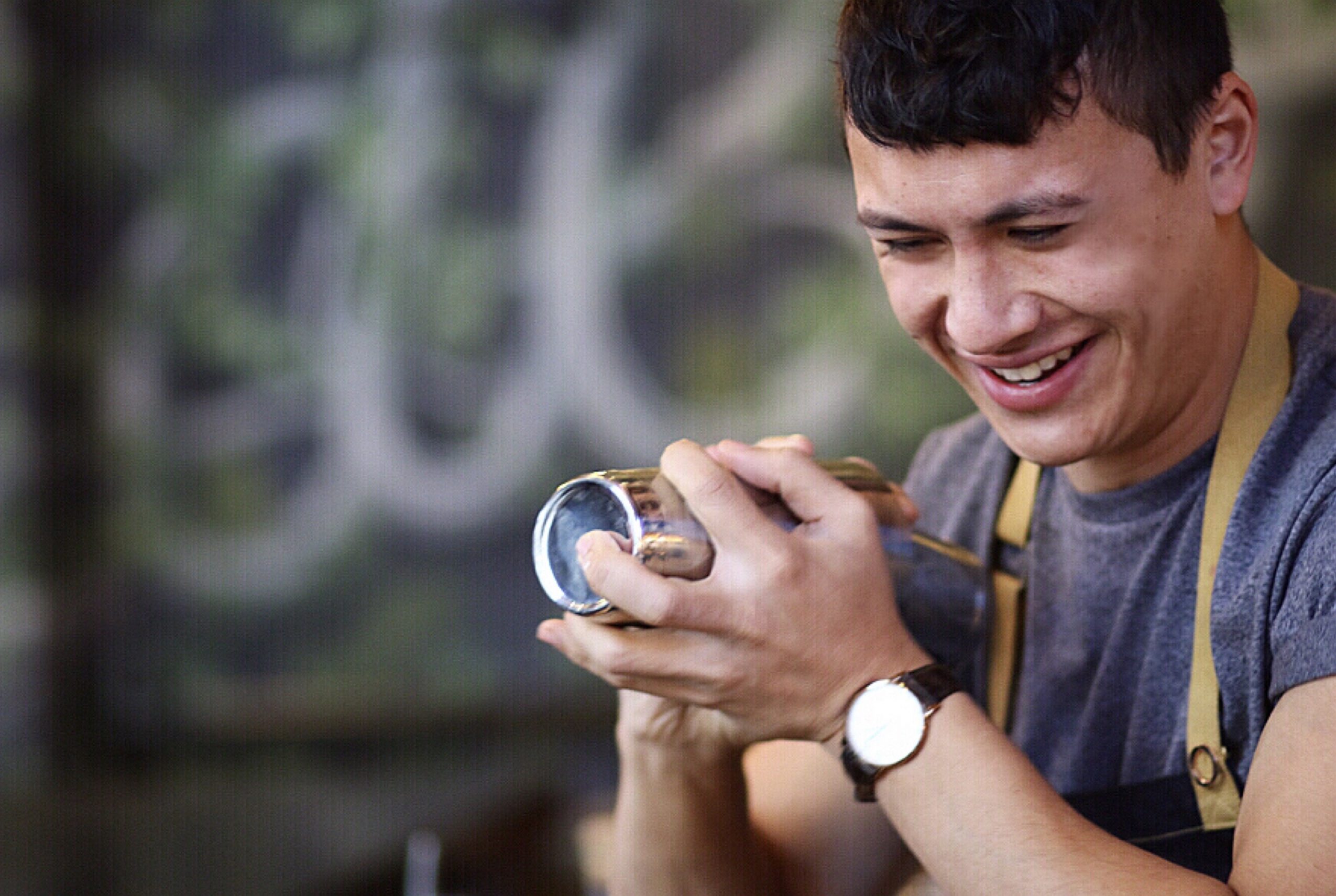 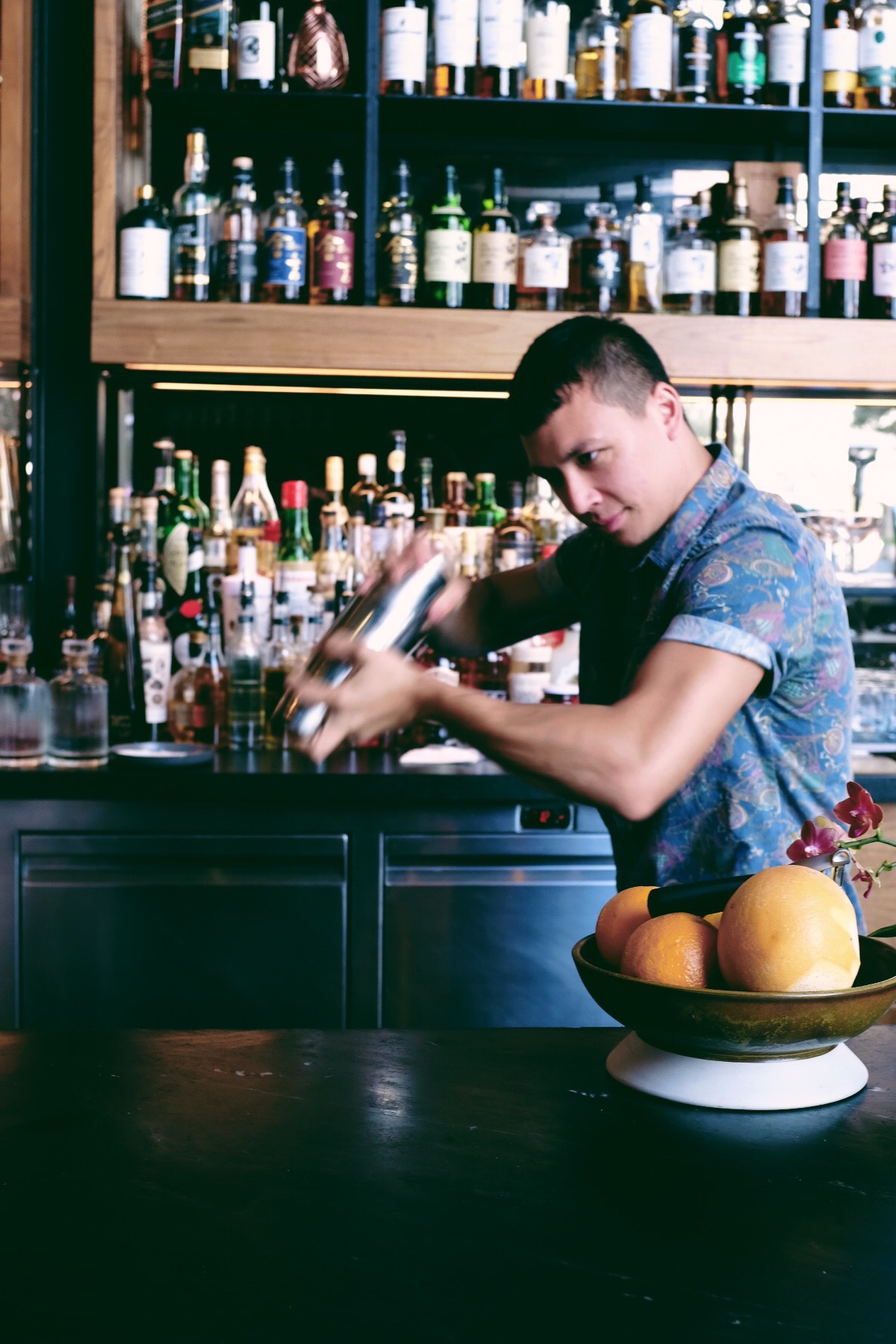 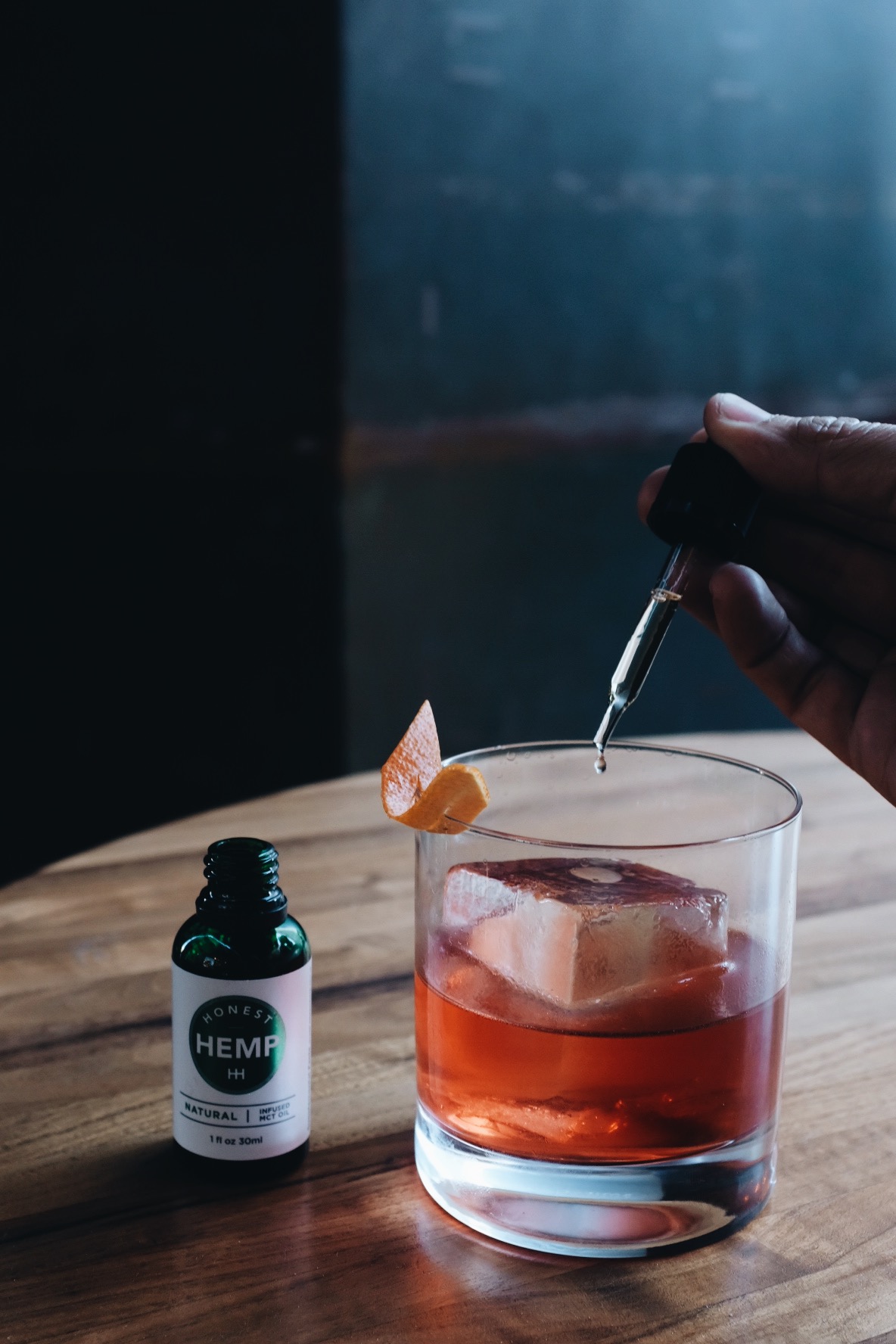 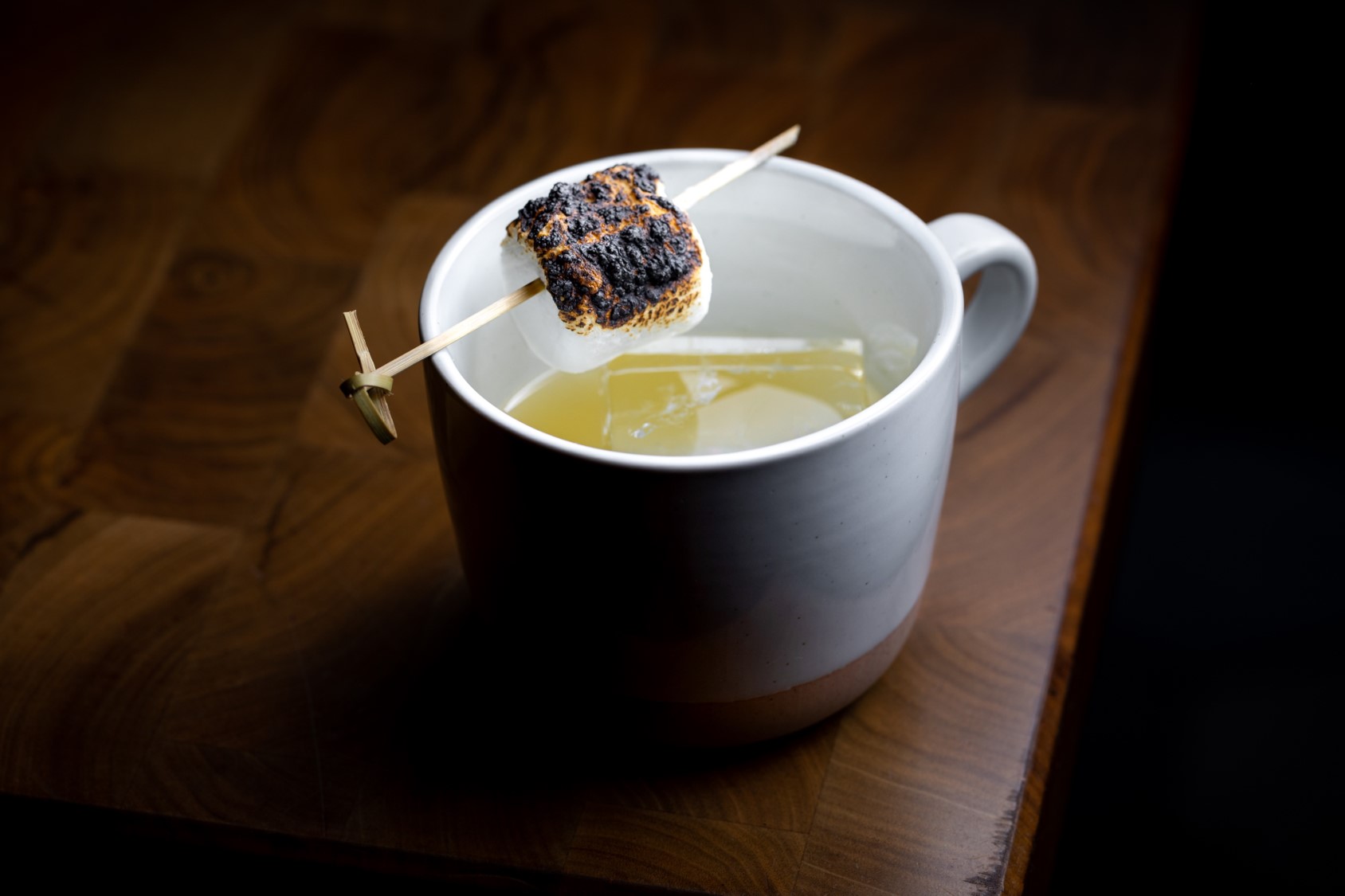 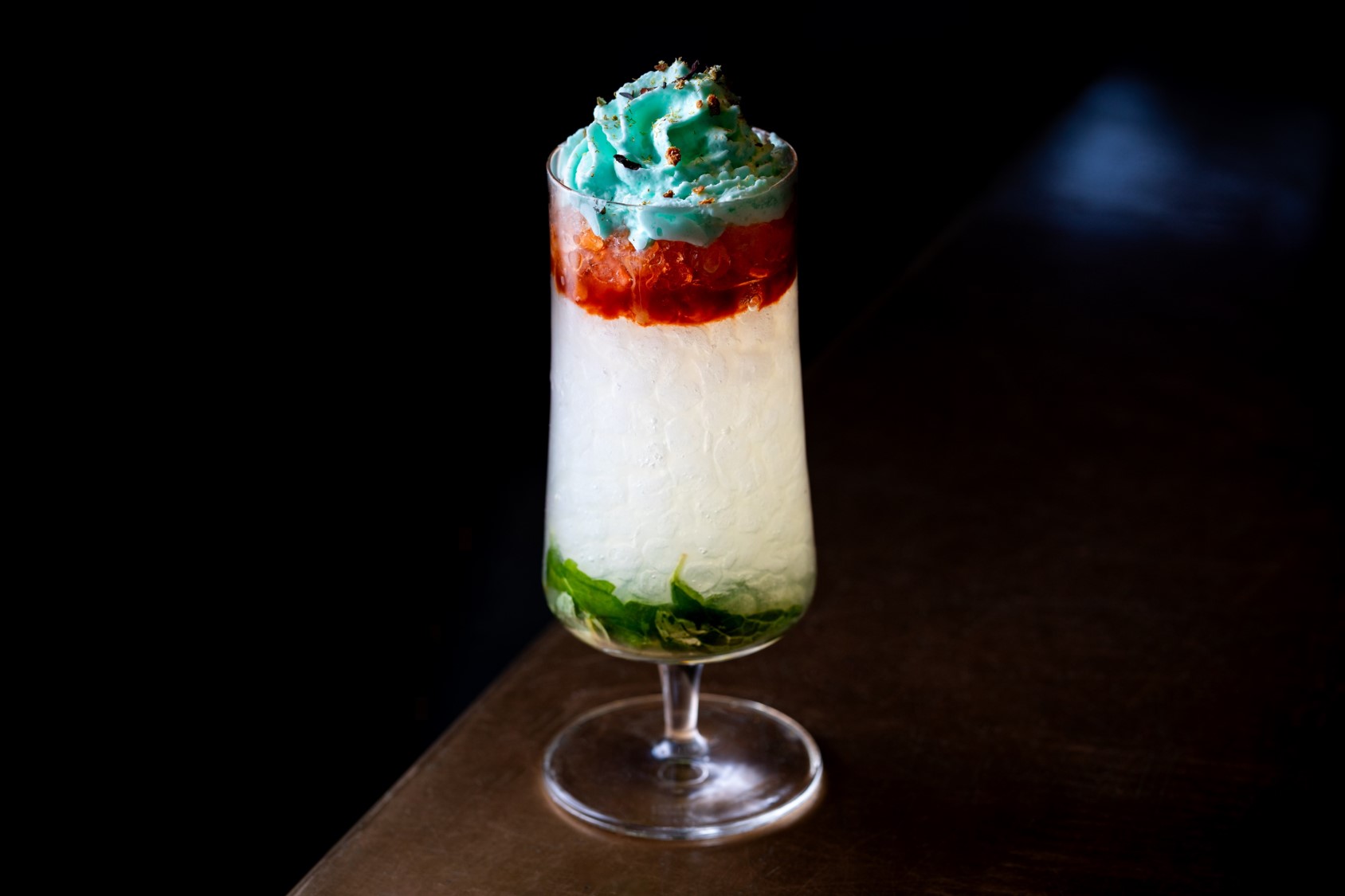