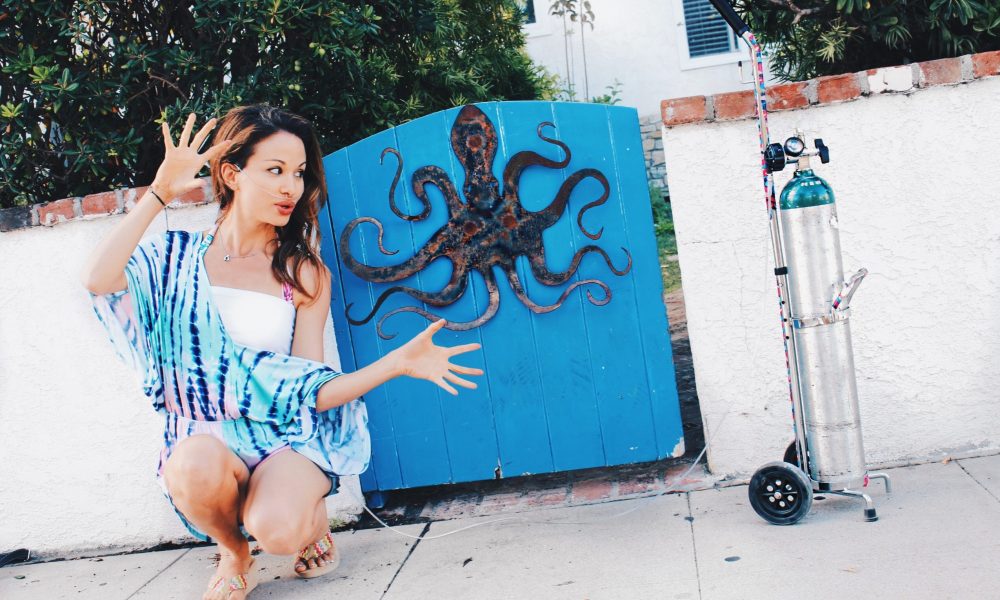 Today we’d like to introduce you to Chloe Temtchine.

Chloe, can you briefly walk us through your story – how you started and how you got to where you are today.
It all started when I was about six years old. My father used to bring me on Sundays to a Baptist church in Harlem, NY, where I would listen to hours and hours of incredible gospel music. One day, many years later, I found myself on stage performing the very songs I had been listening to for so long.

Music has always been my passion. I started playing piano by ear at about the age of nine, and then some years later, I taught myself how to play guitar. (This was inspired by the fact that my guitarist at the time decided to not show up for a gig because he had the flu, which left me having to improvise a very strange acapella set.) From that moment on, I vowed to myself that I would know how to accompany myself on both piano and guitar in order to be totally self-sufficient, so I locked myself in a room and basically didn’t let myself out until I knew how to play all of my songs.

I spent two years at Berklee College of Music in Boston and then moved back to NY to pursue music full-time. I was gaining momentum, had just finished recording an album with Greg Camp of Smash Mouth, and was getting ready to go on tour. Everything was great… or so it seemed. The reality was that I was having more and more trouble breathing well enough to just get on stage.

It all culminated during a music-industry showcase at Rockwood Music Hall. During my set, in the midst of hitting my highest note, I started coughing. This turned into a full-blown coughing fit on stage. I was shocked, and not quite knowing what to do, I turned my set into a stand-up comedy routine in order to avoid the terrible embarrassment. That day, I knew that something was very wrong and that my life would never be the same. My health declined quite rapidly. For five years, I visited some of the most well-respected doctors in the country and was misdiagnosed by every one of them.

In March 2013, I ended up in heart failure. I put on 10 lbs. of water overnight and the right side of my heart had grown to three times its normal size. Finally, there was a definitive diagnosis: severe Pulmonary Hypertension (PH) with the probability of PVOD (Pulmonary Veno-Occlusive Disease). Since my condition was so severe, I was told that I may only have a short time left to live, that I may never leave the hospital, and that I would be on oxygen for the rest of my life. (PH is a rare, progressive disease for which there is no cure and for which life expectancy is 2.8 years without treatment. PVOD is even worse.)

The story I was being told by the medical profession was not one that sounded very appealing, so I decided to rewrite it. Through the application of five key principles (mindset, nutritional lifestyle, exercise, creative expression, and family and friends), I managed to get my pulmonary pressures down from 180 to 32 over the course of about three years. (For context, normal pressures are under 25 and pressures of about 50 and 60 are considered severe. At 180, my numbers were definitely off the charts.)

“Creative expression” for me meant writing music and performing. I always say that during the most difficult time, I literally wrote myself back to life. Although the state of my health continues to fluctuate, I’m beyond grateful that I am back to living my life as a full-time performer. My life and songs have definitely taken on a new meaning. My mission is to use my music and story to bring awareness to PH and to reinstall a sense of hope in those that may have lost it.

I’m currently performing, speaking, and working on a new album. Inspired by Humayra Bodhania, an eight-year-old girl who recently died of PH, I’ve created “The Smile Tour.” This tour consists of my visiting hospitals throughout the US to perform for and to spend time with patients (both pediatric and adult) with the intention of bringing a smile to their faces. I created a foundation that relies on grants/sponsorships and donations in order to help fund this tour as well as other endeavors that allow us to bring awareness to PH.

Great, so let’s dig a little deeper into the story – has it been an easy path overall and if not, what were the challenges you’ve had to overcome?
Aside from my diagnosis, I also have a permanently paralyzed left vocal cord. It’s been a challenge relearning how to use my voice, especially since I was told I would not be able to sing again. When I was given the bad news, I secretly thought: “If I can speak, then I’ve got to be able to find a way to sing.” I have an implant in my throat which allows me to produce sound. The rest has been a question of training my voice.

Simple daily tasks have become obstacles: walking and talking, for example, or bending down to tie my shoes, or loading and unloading the dishwasher… things I never thought about prior to this health challenge. The hardest part of a performance is actually totally unrelated to the performance. It’s the short walk onto the stage. Since it leaves me breathless, we usually show an intro video which allows me the time to get myself settled onstage and to breathe. It seems as though it’s really about the video, but it’s really about giving me the time I need to catch my breath. And it’s always a bit tricky dealing with the unpredictability of my voice due to my paralyzed vocal cord.

We’d love to hear more about your work.
I’m a full-time singer, songwriter, and speaker. I think that one of the things that sets me apart is that I perform with my best buddy (my oxygen tank named Steve Martin) at my side. My proudest moments are when parents who have kids who wear oxygen come up to me and let me know that because their child has seen me on stage performing with my oxygen, their child is now not afraid to wear his or her oxygen and that they now believe that they, too, can be a singer one day.

It can really break your spirit having to continuously hear from doctors that nothing can be done, that this disease is progressive, and that it’s only a matter of time. There is no greater feeling for me than knowing that I have brought a sense of hope back to someone who has lost it. I’m fluent in three languages (French, Spanish, and English), and I sing in all three. This has been hugely helpful as it allows me the opportunity to communicate on a much more profound level with a wide range of people.

As a motivational speaker/performer, I am retained by worldwide brands and multinational pharmaceutical companies, and I regularly perform at private “invitation-only” events.

Do you look back particularly fondly on any memories from childhood?
I feel so lucky to be able to say that I have so many that I don’t even know which one to pick! By far the most difficult question! 🙂

I would probably have to go with Christmas time with my family and licking the bowl clean when my mother used to make her chocolate mousse. I would sit on the floor of the kitchen buck naked, impatiently wait until she handed me the bowl, and proceed to scrape every last drop of the chocolate out of the bowl, first with a spatula and then with my tongue. By the end, I was covered in chocolate! My idea of heaven on earth! 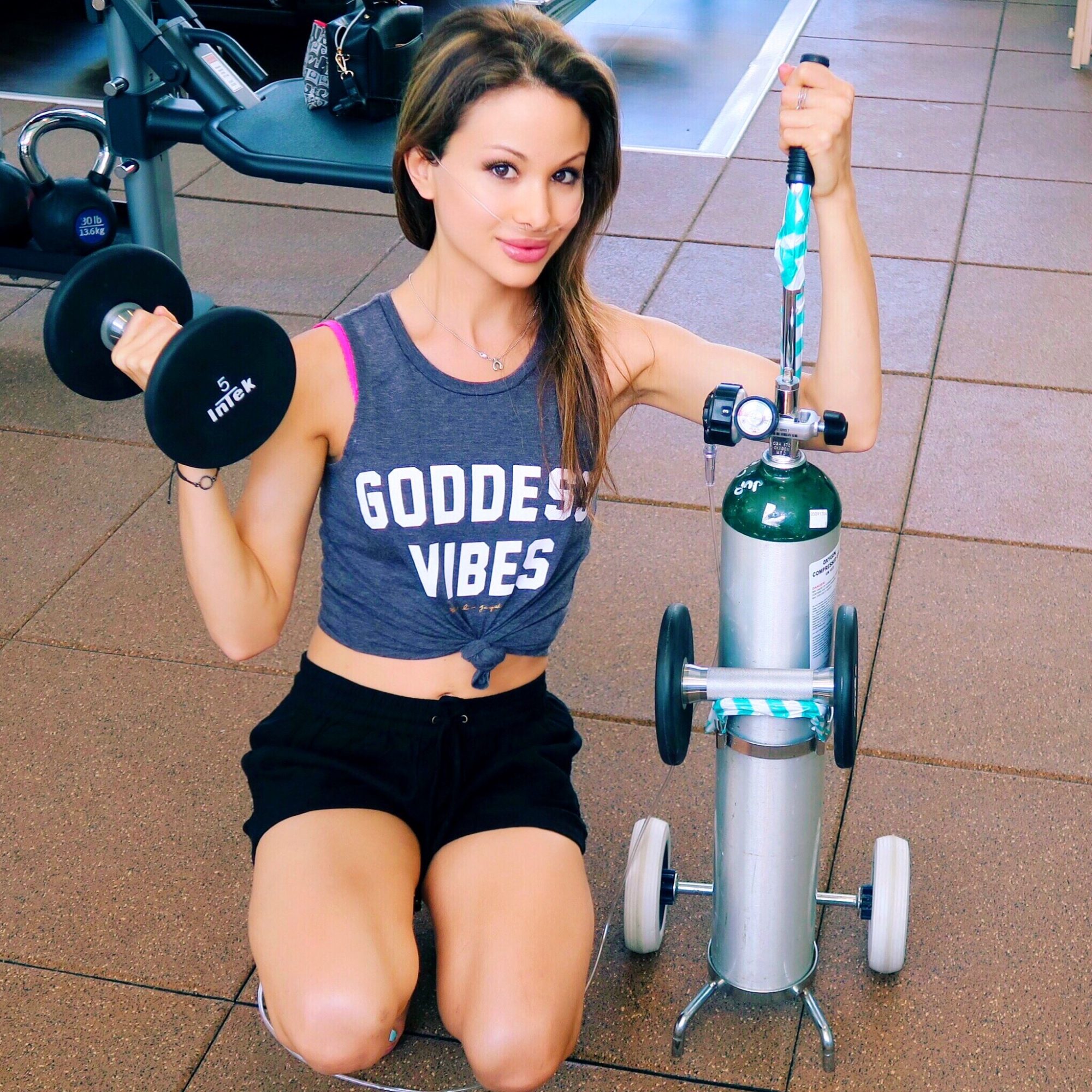 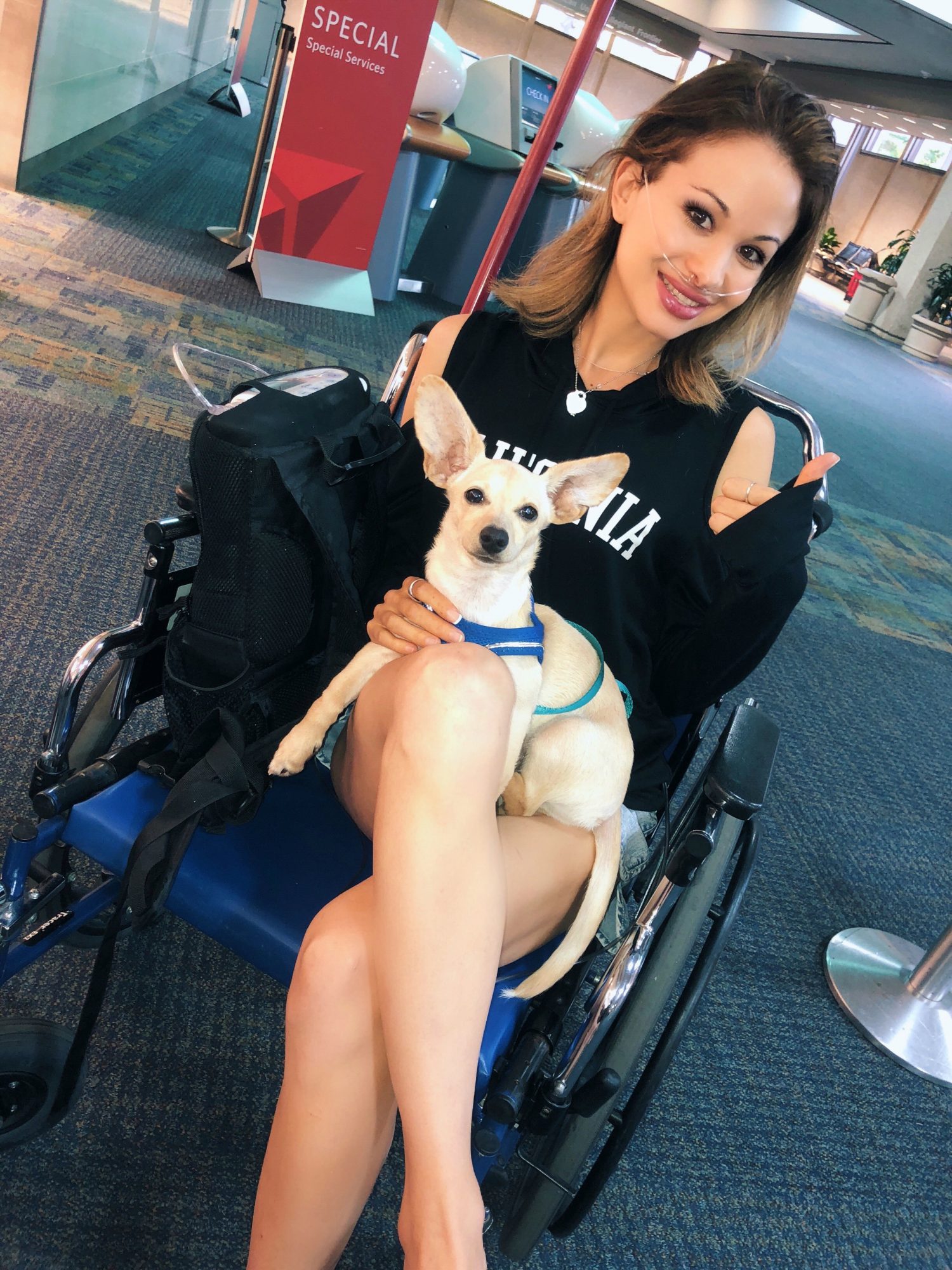 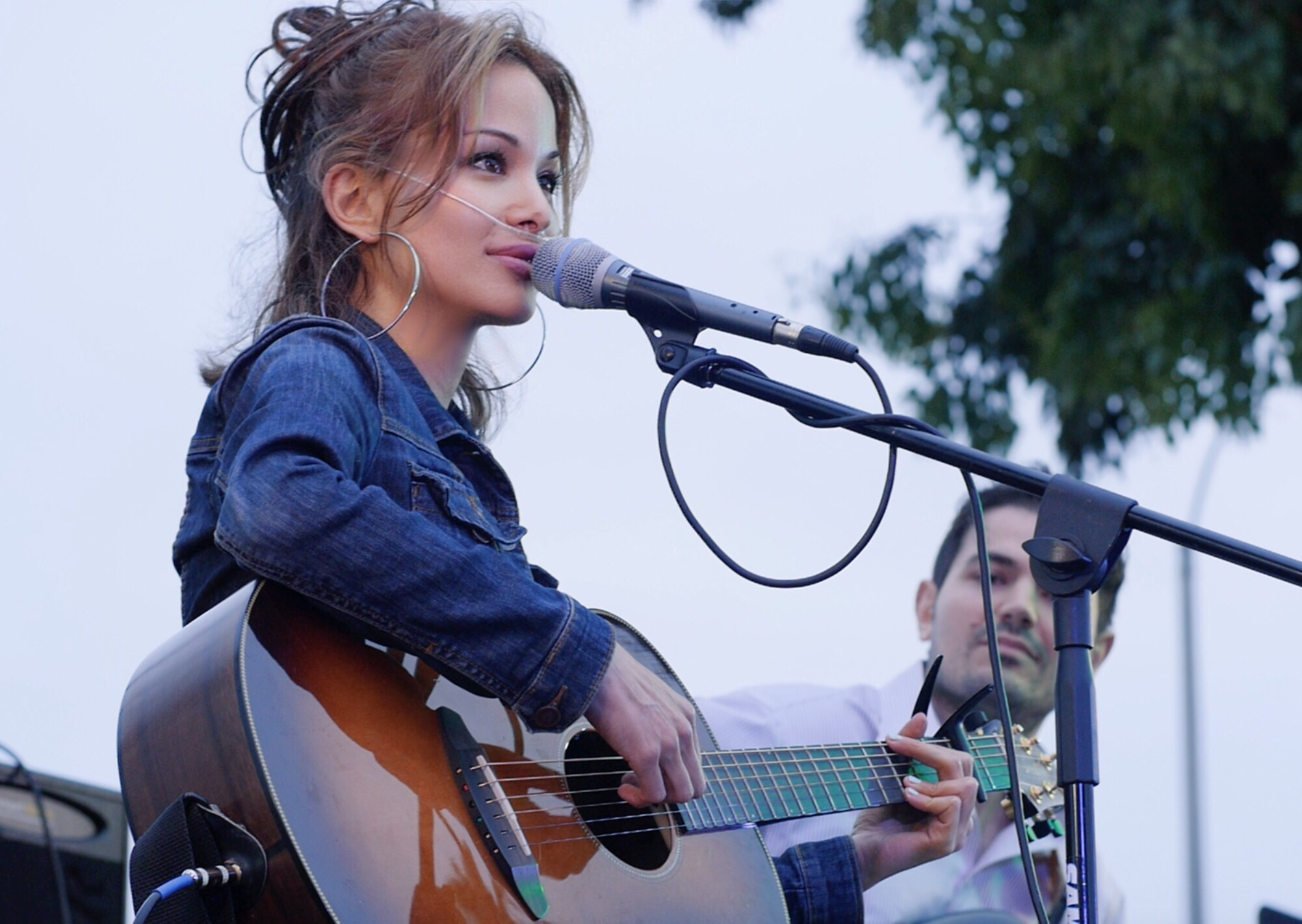 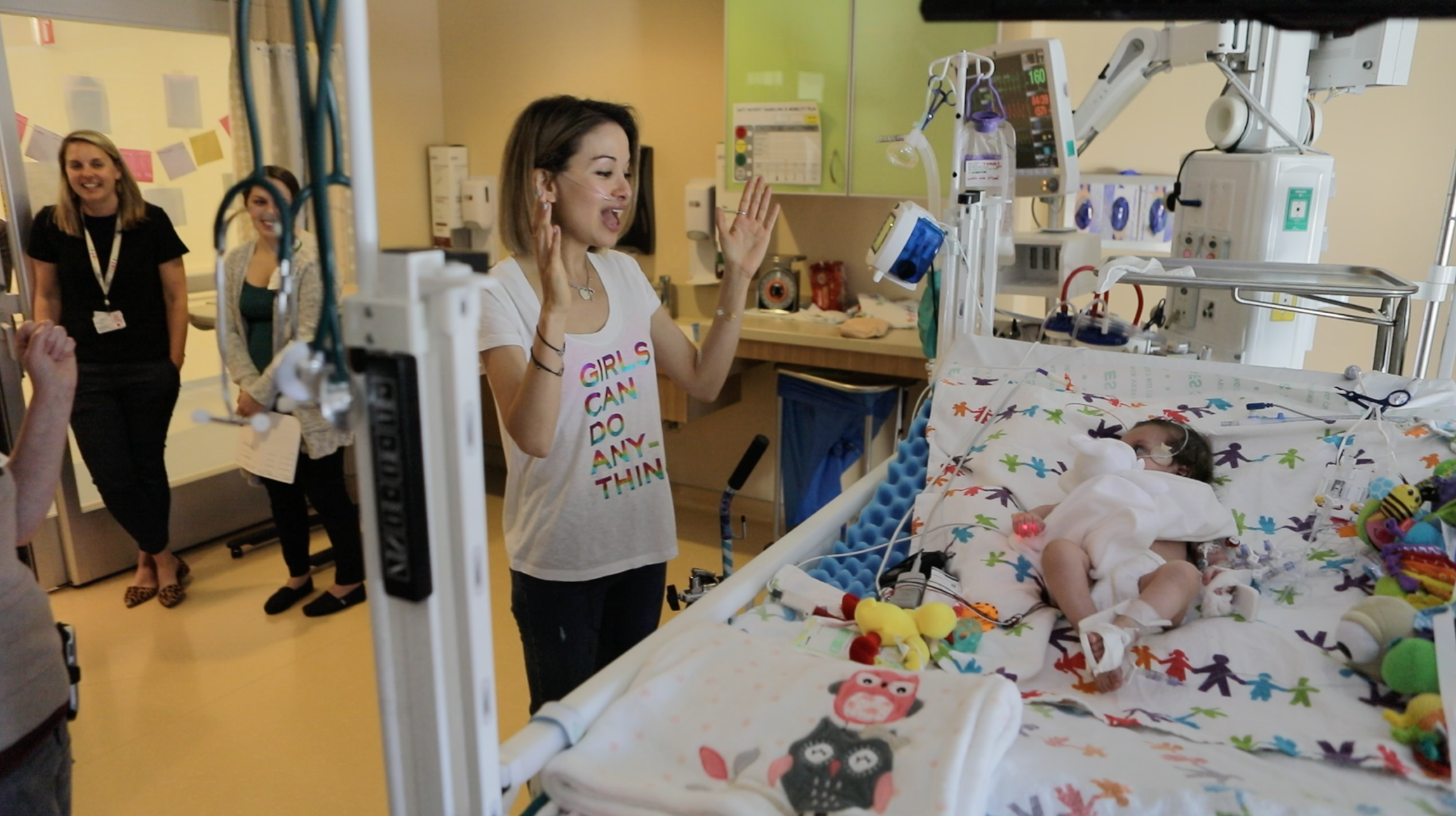 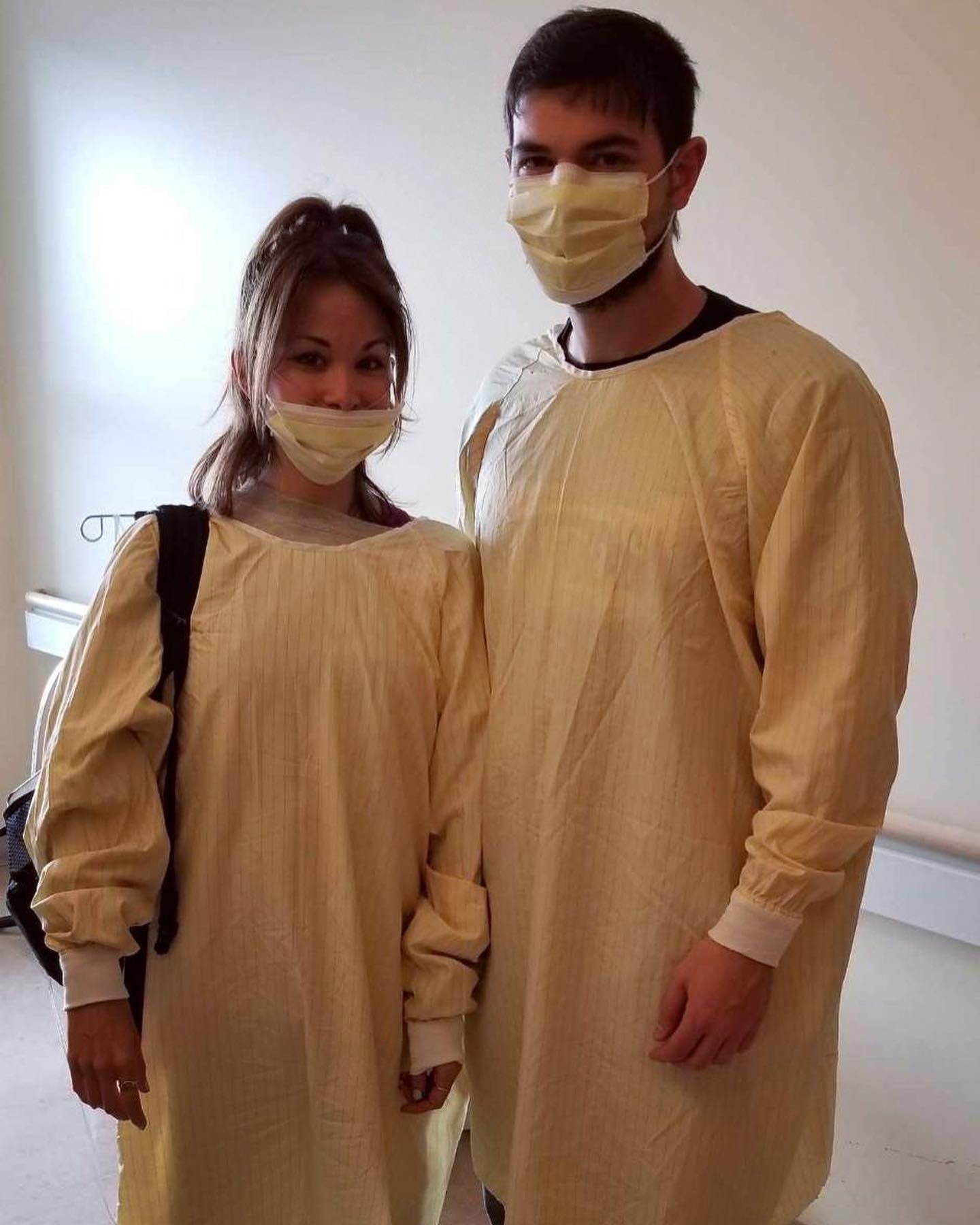 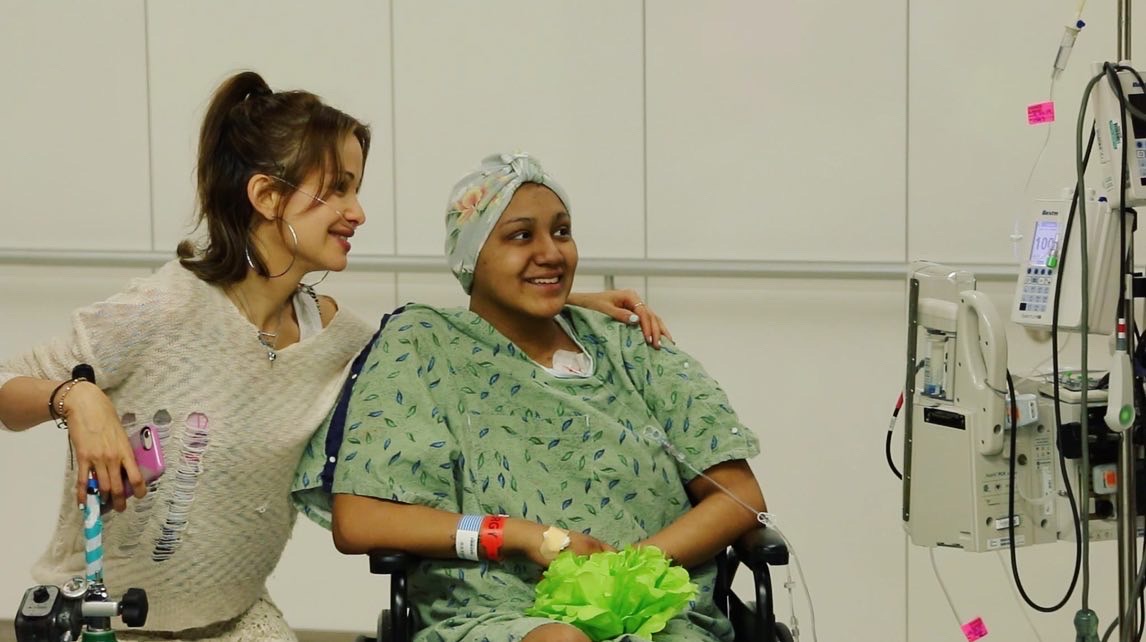 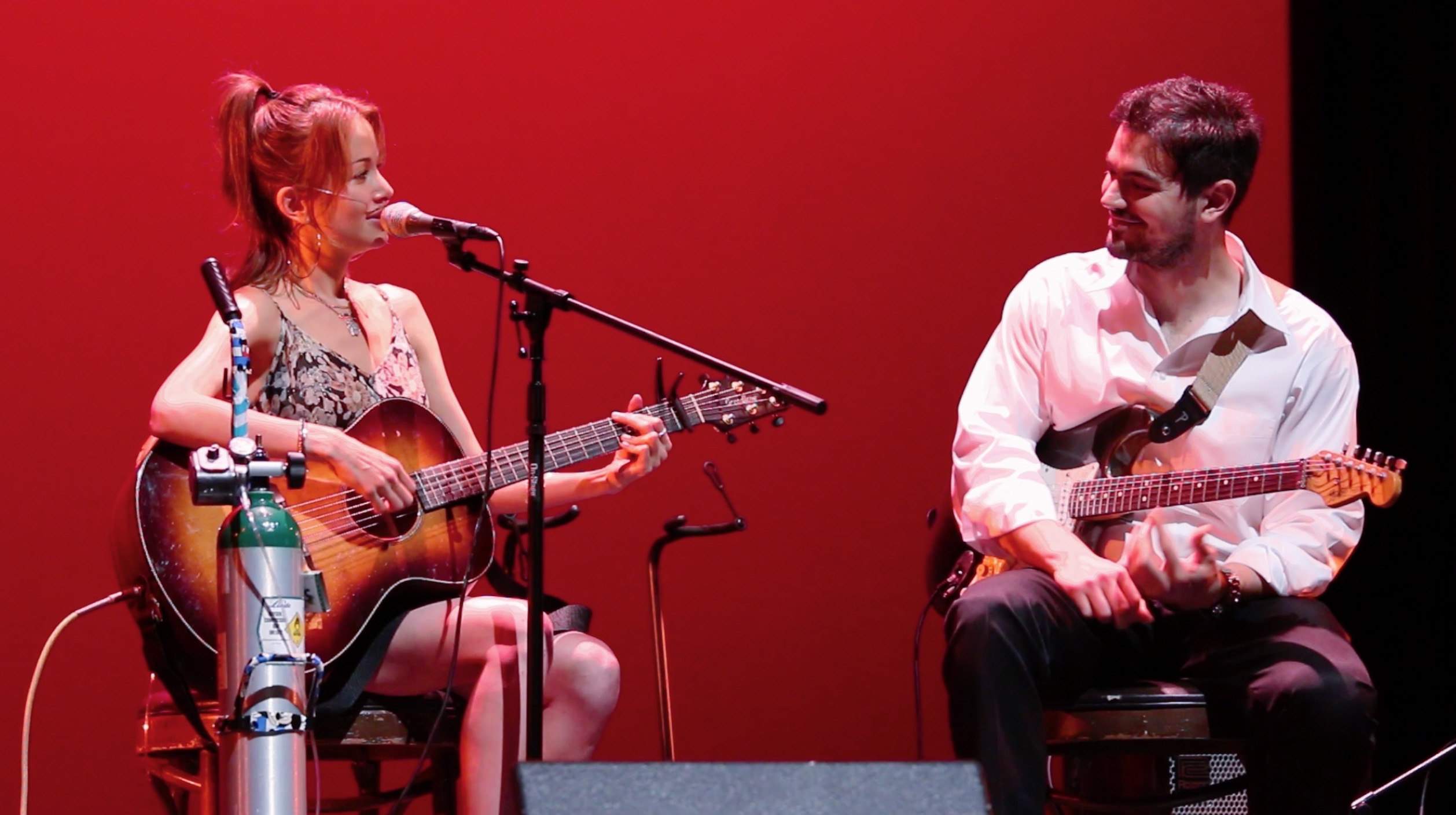 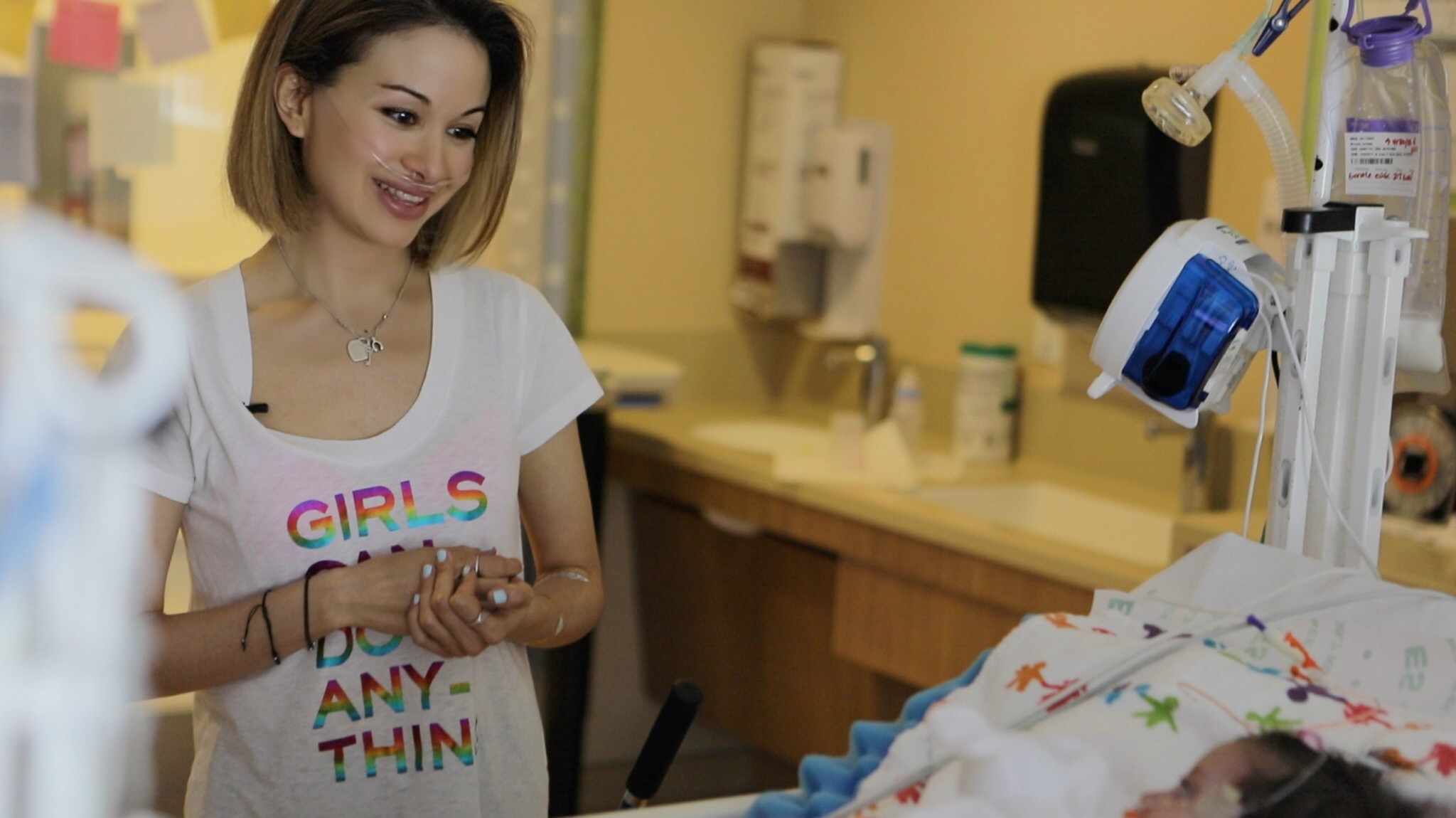 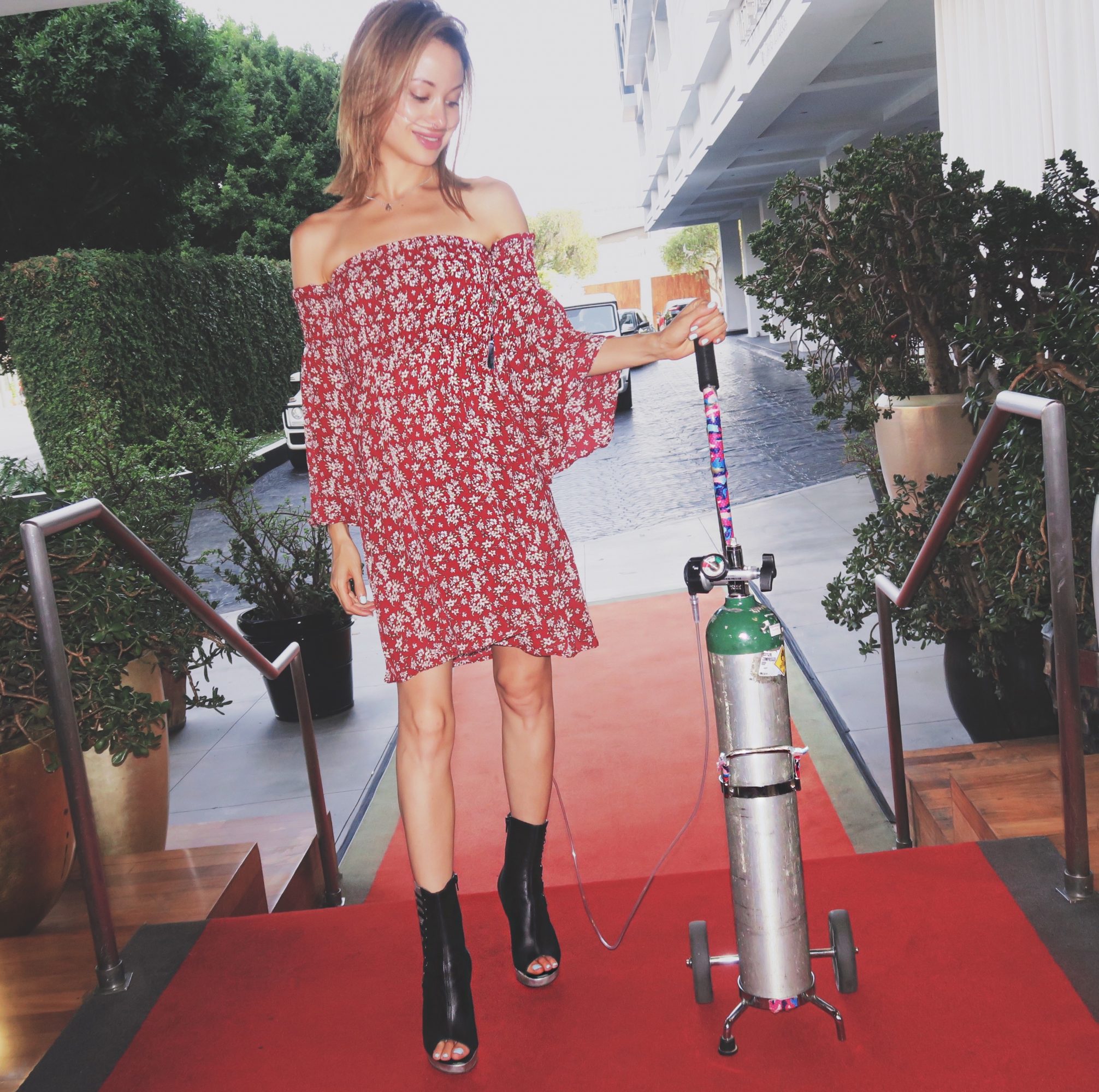