Meet Chloe Detrick of Damsels in the DMs in Hollywood

Today we’d like to introduce you to Chloe Detrick.

So, before we jump into specific questions, why don’t you give us some details about you and your story.
I’ve been interested in the acting world ever since my mom signed me up to play Gretl von Trapp in Bishop Walsh School’s production of “The Sound of Music” back when I was in kindergarten. However, growing up in the small town of Cumberland, MD didn’t afford me too many serious additional acting opportunities and therefore silenced my dreams of pursuing a career in the entertainment world for quite some time. There came a point in my adult life (particularly after I read the book “You Are a Badass: How to Stop Doubting Your Greatness and Start Living an Awesome Life” by Jen Sincero) where I couldn’t silence these dreams anymore and had to at least give acting a shot. My best friend, Naseem Amini, stepped in to give me some amazing advice and asked me, “Do you want to be an actor or do you want to be famous? Because there is a difference.” And she was right, I needed to get more on my resume outside of being the youngest von Trapp child in a playback in 1996.

From there, I began acting in community plays around the DC area where I was living at the time. Unfortunately for me, I still loved acting a lot, even when I was simply an ensemble member standing behind some beautiful drag queens in the Kensington Arts Theatre’s production of “Priscilla, Queen of the Desert.” I knew I wanted to keep going down this path but needed to move to a place that took the entertainment industry more seriously and afforded me more steady roles and opportunities. When I began working for a client in the Orange County, CA area at my full-time day job as a communications consultant, I leveraged that opportunity to relocate to the Los Angeles area and work out of our organization’s Century City office. While the main purpose and goal of this move was to get more in-person time with my professional business client, I can’t lie that I was extremely excited to pursue the Los Angeles entertainment world more seriously on the side. I moved to Hollywood last June and the rest is history!

Has it been a smooth road?
Of course there is no smooth road to Hollywood, but I was determined to get here one way or another. Once I arrived, I was a little overwhelmed about where to start and signed up for the first serious acting class I could find in the area that had the best reviews on Yelp (like I said, I was very lost). While I enjoyed the dramatic acting aspects of the class, I realized I wanted to expand my opportunities beyond banking on roles to be given to me based purely on my performance against hundreds of other girls that looked and acted just as well as me. I realized I wanted to try my hand at writing my own roles too. That’s when I discovered the “Sketch Writing 101” course offered at Upright Citizens Brigade. I made so many friends in that class and actually began writing, filming, and performing my own sketches. For the first time, I felt like I was truly putting my work out there while getting to act in the scripts that I was writing. It was very rewarding and led me deeper into the comedy realm.

I discovered that the comedy world is a vast one with endless opportunities to perform improv, stand-up, sketch comedy, you name it. So, just when I felt like I was getting my groove in the comedy scene, the COVID-19 pandemic hit. I felt helpless for several months but then realized that this time at home gave me the opportunity to work on a project that I had always wanted to pursue and had seen other comedians be very successful at – a podcast. I wasn’t too well-versed in the acting or comedy scene quite yet to dedicate a full podcast to those topics, but there was a topic I was very well-versed in – modern dating.

I’ve had several successful relationships over the years, but plenty of dating failures in between those. For that reason, I thought I also wanted to bring on a co-host for the podcast that was experiencing the single world through dating apps, ghosting experiences, and all of the other joyous moments in a young single gal’s modern-day dating life. I considered bringing on several of my friends for the co-hosting position, but they all had very busy lives outside of starting a podcast and the timing never seemed to be right. I turned to Actors Access and submitted a casting notice looking for a co-host. The response was overwhelming, but I narrowed it down to several individuals who took the time to submit a thoughtful application to the position with a description on why they were a good fit. I interviewed several potential co-hosts and among them was a girl named Lauren Harris. She didn’t exactly fit the bill I was looking for as she had been in a successful relationship for five years, but she did speak extremely eloquently to her time and struggles as a single female and how she has cultivated a great relationship with her current partner through years of continuously working through any obstacles that came in their way. Considering I’d like to not be jaded about men forever (still working on that notion daily) I thought she’d bring a perfect balance to the podcast and I was right.

We’d love to hear more about your work and what you are currently focused on. What else should we know?
While I knew I wanted to create a successful dating advice podcast, I struggled to differentiate how this podcast was going to stand out from the hundreds of podcasts that already exist in this arena. In my experience, there are far too many outlets out there that give misleading advice to young women on how to “trick a guy into liking you” or insinuate that a woman should change herself in order for a man to find her more attractive and interesting. It’s 2020, that’s not the advice we need to be giving to strong and independent women anymore.

Some outlets I already admired consisted of the “Girls Gotta Eat” podcast by Ashley Hesseltine and Rayna Greenberg, “A New Mode” by Sabrina Alexis and Eric Charles, and basically anything that comes out of Brené Brown’s mouth. In my opinion, all three of these outlets fall into the camp of advising a woman to live her fullest and best life, while letting the men that put forth an effort to compliment that life to stay and allowing the men that want to play mind games and be flaky to be on their way. I wanted to provide some of that same advice to our listeners and realized I wanted to center the podcast around doing so. This is what sparked my idea of including a letter from a listener each week detailing an aspect of the dating realm that they are struggling with and allowing Lauren, myself, and our weekly guest to give advice based on personal experiences. It is also what sparked the idea of naming the podcast “Damsels in the DMs,” which was Lauren’s idea. The definition of “damsel” is simply “a young unmarried woman,” which were exactly the types of listeners that were going to be writing us via our direct messages (or, as the kids say, DMs) every week. It was all too perfect.

I feel that the description of the podcast on the official “Damsels in the DMs” website does a great job at explaining what sets our podcast apart, so I’ll leave you with this:

Damsels in the DMs is the quarantine brainchild of Chloe Detrick and Lauren Harris. A podcast intended for the modern-day woman as she sifts through the trials and tribulations of dating culture, we aspire for our listeners to feel heard, seen and empowered. As we dive into topics such as online dating, ghosting, dating etiquette, and female stereotypes, we hope to address issues that young women can relate to, learn from, and also laugh about along the way. By reading a letter each week from our audience, we hope to establish relationships, foster difficult conversations, and help women feel secure with themselves. It’s going down in the DMs.

Is our city a good place to do what you do?
Los Angeles is a great place to start any kind of entertainment career, but it isn’t the only place that can make it happen. Almost everyone has a cell phone, and if you have an idea you’ve been wanting to launch, I encourage you to hit the ground running. Platforms like TikTok, YouTube, and Instagram all have endless possibilities for those that want to be in the world of entertainment. I know it can be scary to put yourself out there, and while I do encourage up-and-comers to be tactical and strategic about their content, there does come a time when you have to realize that nothing is going to be perfect. Putting yourself out there is better than never trying at all, no matter how old you are, your location, etc. Just try your best, be genuine about who you are, and, who knows, maybe one day it’ll land you at a casting agency in Hollywood (when it is safe to do so in-person of course). Even in the middle of a global pandemic, there is truly no other place in the world I’d rather be than Los Angeles. 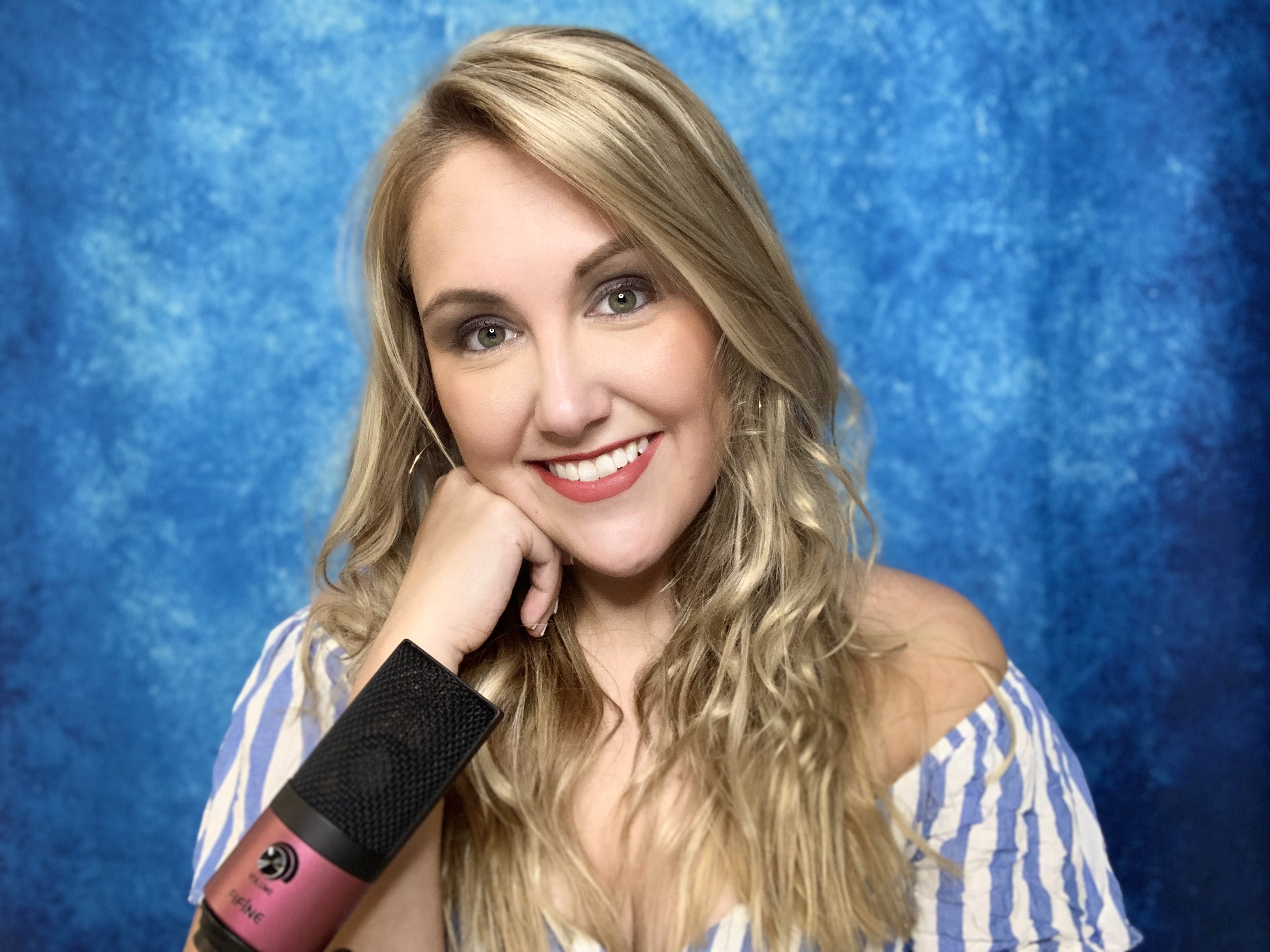 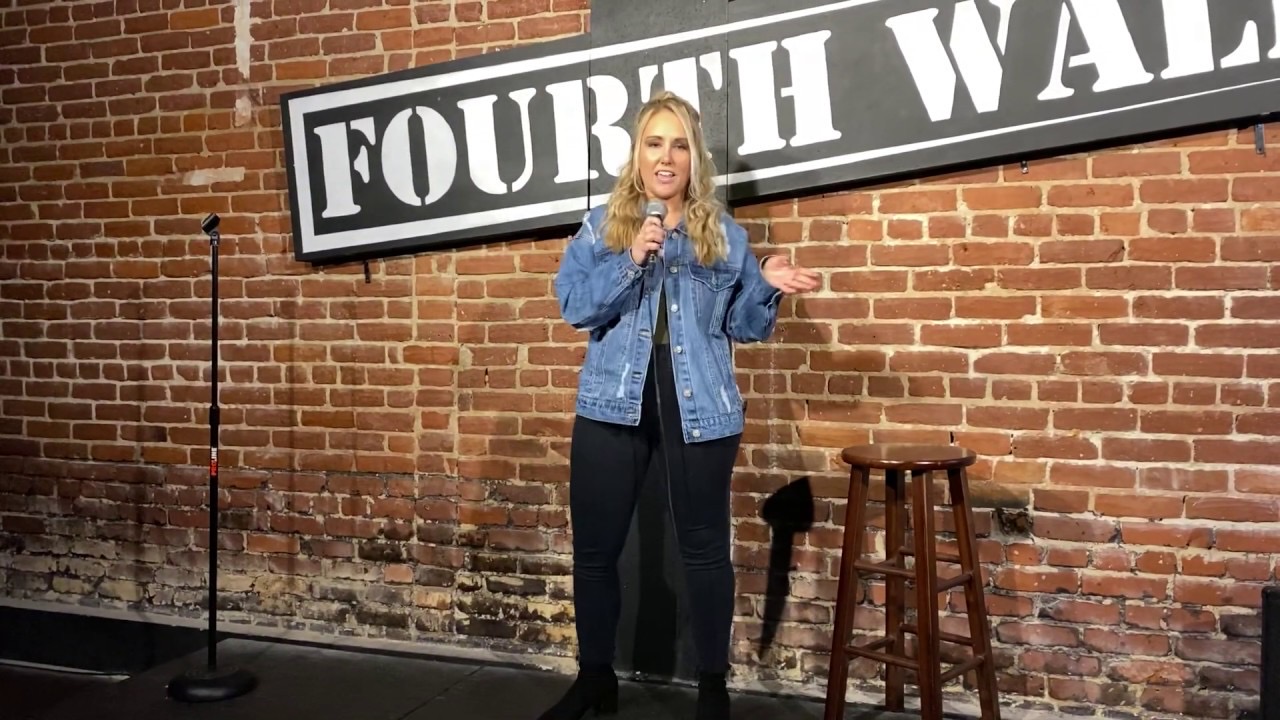 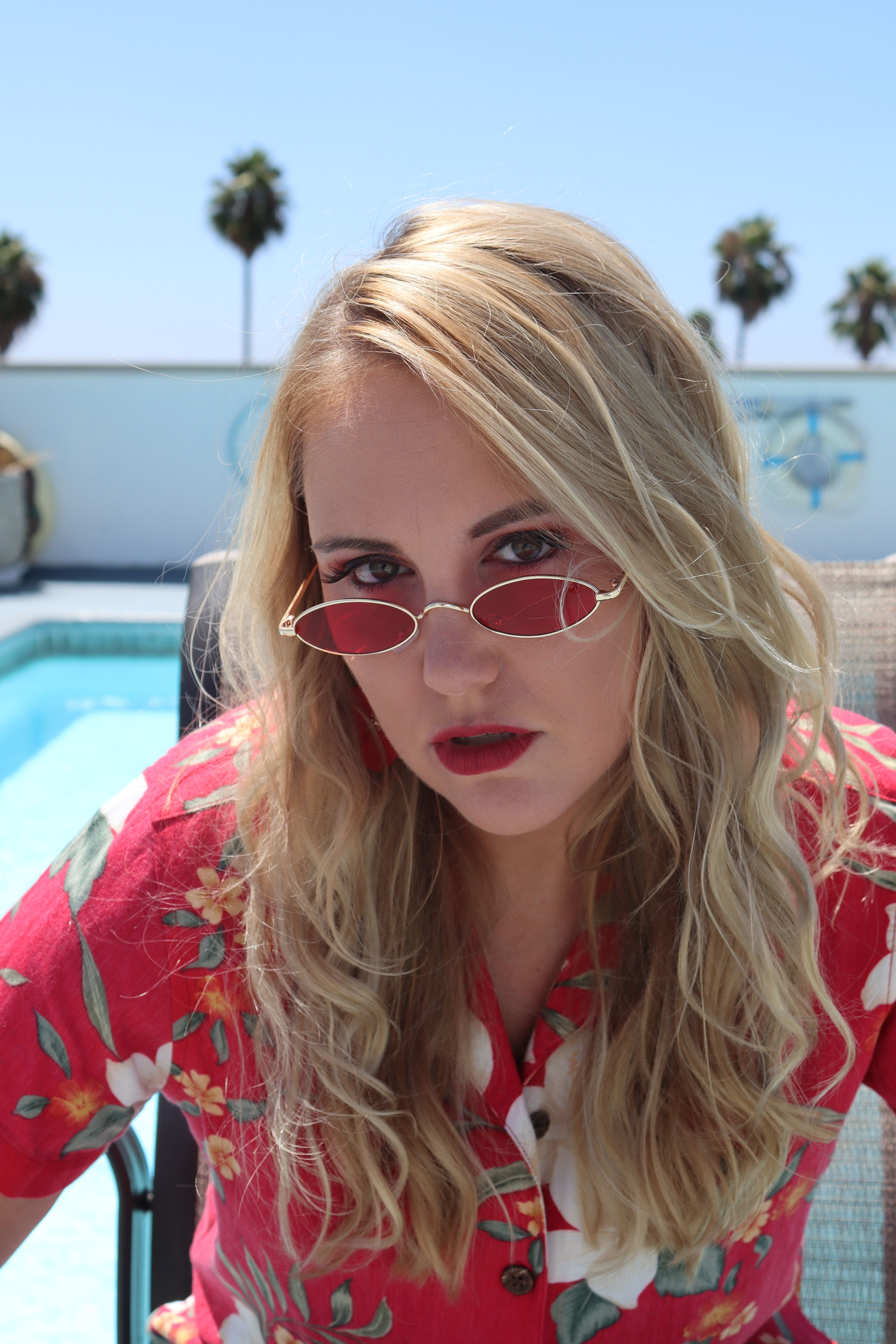 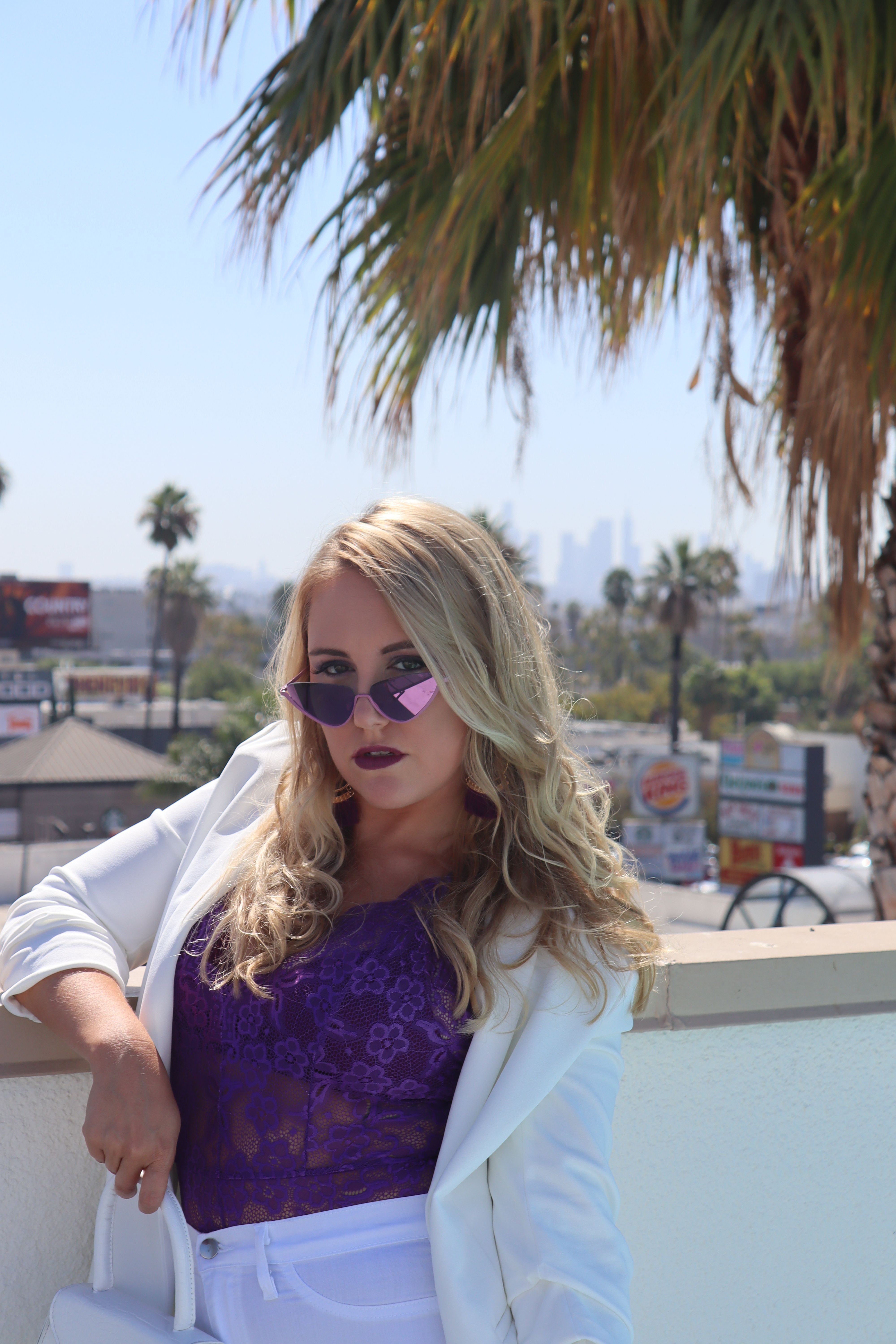 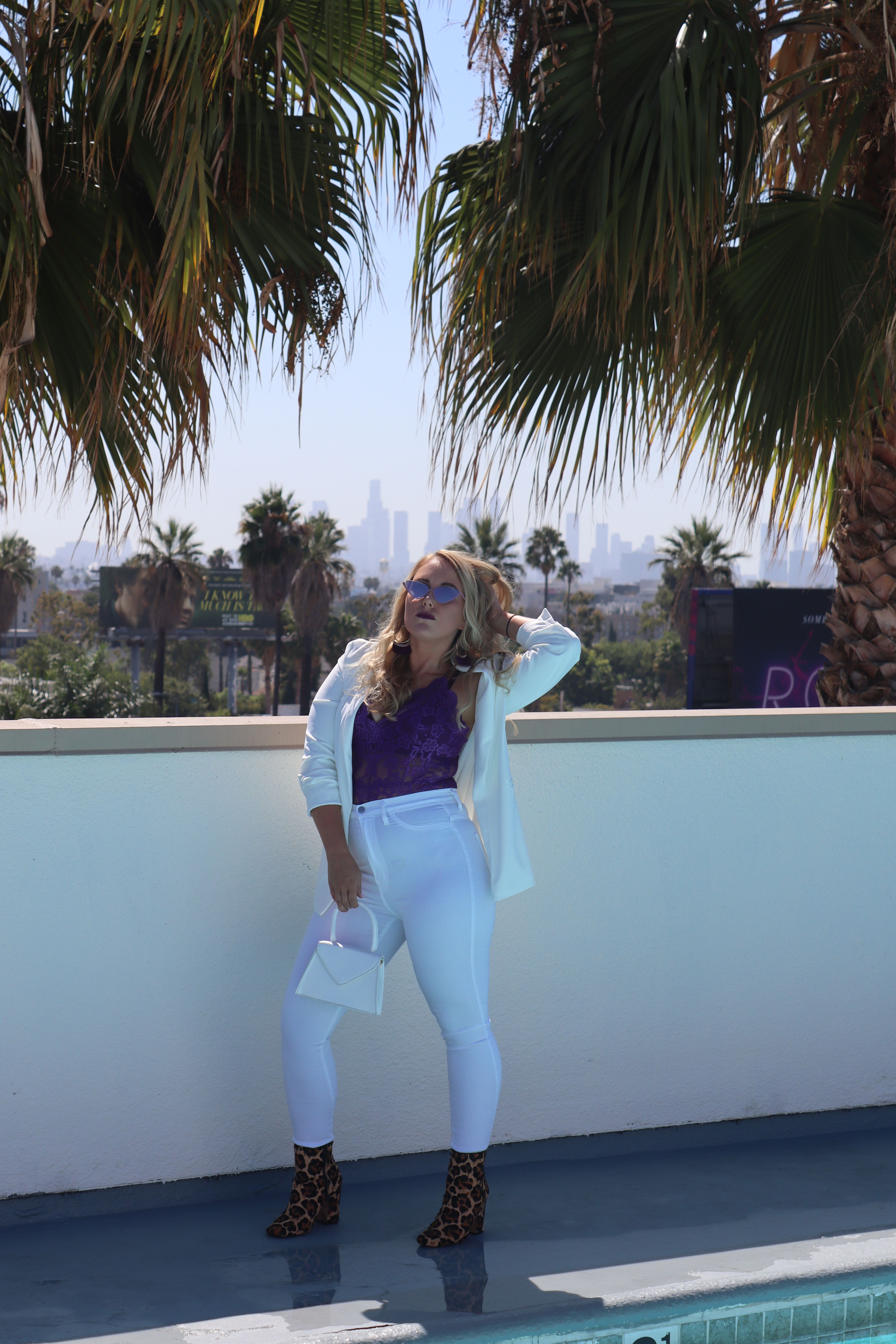