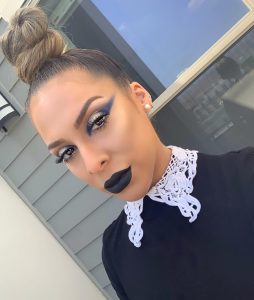 Today we’d like to introduce you to Chiara Figueroa.

Amidst my sophomore year of undergrad, I was working in a sunglasses shop which was located right next to a MAC store. At the ripe age of 19 years old, I had dreams becoming a defense attorney and living in Los Angeles once I graduated. How I was going to accomplish this was uncertain to me. During my breaks, I would go in and shop at MAC, even though my makeup skills were elementary to say the least. One day while checking out, the manager asked me, “why don’t you work here?” Stunned by this question, I left wondering how she could possibly want me to work there when I had on nothing more than an unlined orange lip and Bare Minerals powder. Later that day one of the girls saw me outside and told me I should really think about applying because the manager was super interested in me. After going through the interview process, I became a 15-hour artist at MAC Tucson Mall. Once I realized I could turn this small makeup job into a corporate career, fusing my Business Minor and the fashion industry in one, I was sold. Within six months, I became a 30-hour artist and six months after that, the Assistant Manager.

Almost a year into my Assistant Manager role I was asked to be on a Regional Trainer development program, which I was on five of my six years with the brand. Shortly after being inducted into this program, an Operations Manager position opened in the highest volume store in Arizona at Scottsdale Fashion Square. I was able get the position and I sat in that role for eight months. To my dismay, a Trainer position had posted in Arizona and I thought for sure it was mine. Two weeks after the position posted, it closed due to budget cuts and I knew I could no longer grow in Arizona. I then partnered with my boss and was able to get in contact with the Field manager in Atlanta to set up an interview in his region (why Atlanta is a conversation for another time over some wine)… During my time in Arizona, I had been flown out to LA to support many Industry Events, where I was able to create relationships with the Field Executives in charge of LA. I could not make this up if I tired, but as soon as I landed and took my phone off of airplane mode, I had a voicemail from the Field Executive in LA, “Chiara it’s Brinn, you cant move to Atlanta, I have a position for you in LA.” Well ladies and gentlemen, my time in Atlanta had now turned from a business to pleasure trip.

It was surreal thinking back to the time I was in middle school wanting to move to LA and now it was actually happening. I managed the Bloomingdales Beverly Center MAC for a year, then became the store manager in Santa Monica, then another year later managing the Del Amo Mall. During my last year at MAC the same situation happened to me that occurred back in Scottsdale, Training or Regional positions would post and then close. Knowing I wanted and NEEDED more, I finally mustered you the courage to start breaking up from the longest relationship I had ever known. One of the ex Field Executives from MAC had left two years prior and was now the Director of the West Coast at Anastasia Beverly Hills. She had posted an Executive position in the Bay Area/LA and I decided to go for it. Again I couldn’t make this up if I tried, but after my second interview would you believe that the Director of ABH went on a trip to Ireland with two of my MAC Regional Trainers (of course they later told me they were singing my praises, which was a pivotal moment in my interview process).

Three long and hard interviews later, I became the Sales and Artistry Executive of The Bay/Los Angles. This new role reignited my passion for the makeup world and reminded me why I love what I do. I was happy again. This happiness allowed me to have the mental capacity to continue to build my personal brand. I was now expanding my makeup clientele from LA, to now the Bay Area. Simultaneously, being in a new environment challenged me to want to expand my brand even more. Thus, I am now in the process of building Candles By Chiara Annelle. The concept is to create candles which evoke specific moods for every aspect of your life. The candles will be available in April 2020.

We’re always bombarded by how great it is to pursue your passion, etc – but we’ve spoken with enough people to know that it’s not always easy. Overall, would you say things have been easy for you?
Absolutely not, but it’s the hurtles that got me to the position I am today. It taught me to keep pushing forward even when I don’t want to, to take frustration and turn it into undeniable results and more importantly, learn that it’s better to ask for forgiveness than permission. I constantly had the position I wanted dangled in front of me, and given false promises… There was a point where I was so unhappy I even questioned my ability and worth… I hit rock bottom. I am thankful for every single obstacle I encountered because it allowed me to be relatable with my employees, and speak to what I “did” in my interviews, not would I “would do.” Now, at 29, I’m in a position that’s equivalent to the same role as the person who refused to promote me. *inserts upside-down smiling emoji*

We’d love to hear more about your work and what you are currently focused on. What else should we know?
Anastasia Beverly Hills is known for BROWS. While we have a full-color lineup, our brand was built off of eyebrow products and our patented method of creating balanced and proportionate brows.

I am most proud of the leaders in our company. We have trainers who’s artistry continues to blow me away, members of corporate who understand that people work for people, a president who strives to create products with the mentality of inclusivity and appealing to all races and genders at top of mind, and CEO who tests every batch that’s made to ensure its quality and consistency.

What sets us apart is that we are trend setters. ABH started the trend of making full brows “in” back in the 90’s when pencil thin eyebrows were all the rage. Anastasia Beverly Hills is a brand of pioneers. We created the bridge between social media and the makeup world, we were the first to come out with highlight/contour kits, the first to make up a liquid lipstick. Our products sell themselves.

So, what’s next? Any big plans?
I recently got a promotion and now am the only Executive overseeing 3 Coordinators in all of the West Coast and Central regions, which is a big honor being as though I have only been with the company since May. I plan on continuing to move up the corporate ladder as high as I can possibly go, no matter what state or possibly even country that may bring me to. For Chiara Annelle, I continue to expand my makeup services, and candle line into men’s styling as well. I want my products and/or services to be for both men and women. 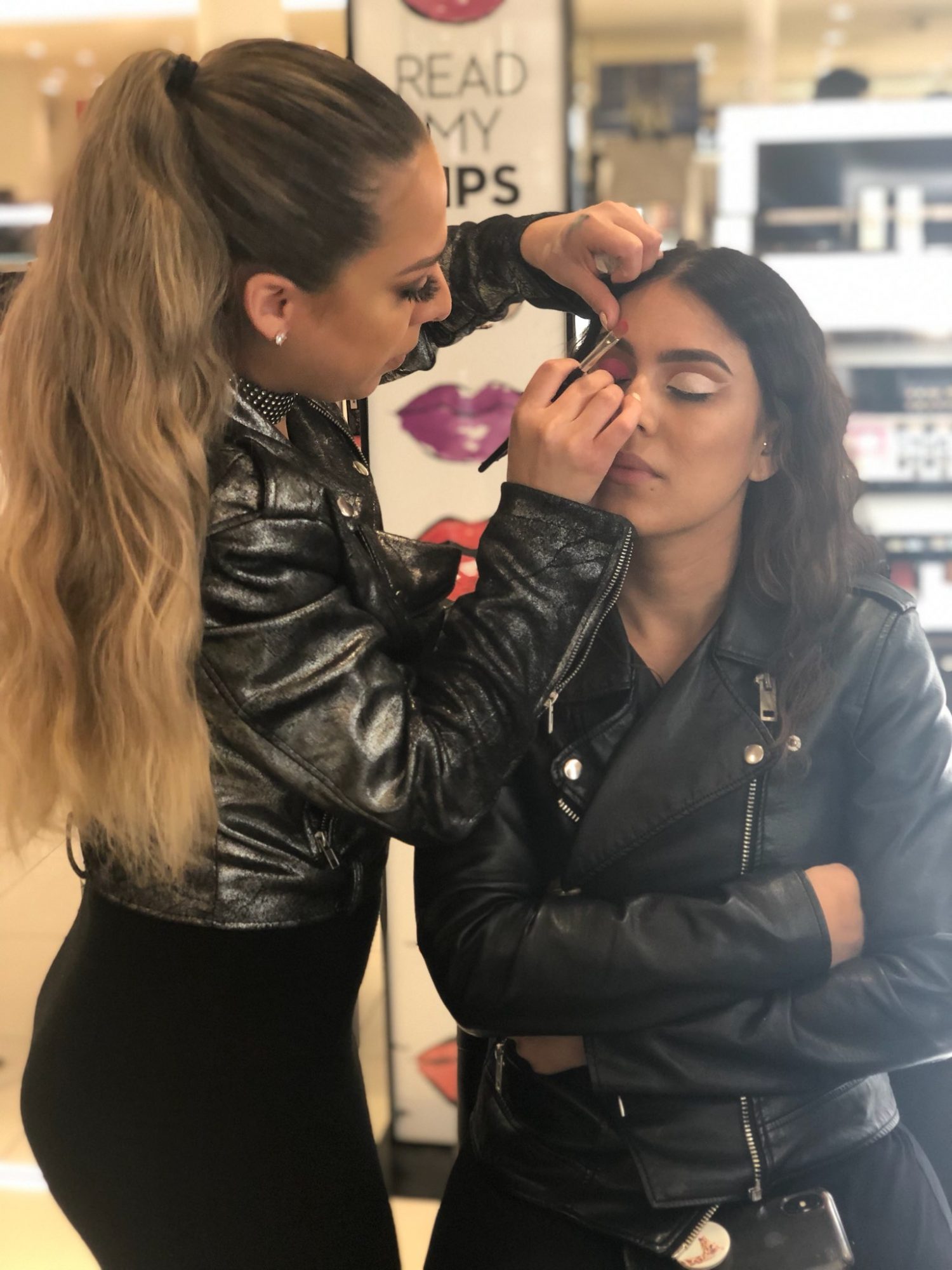 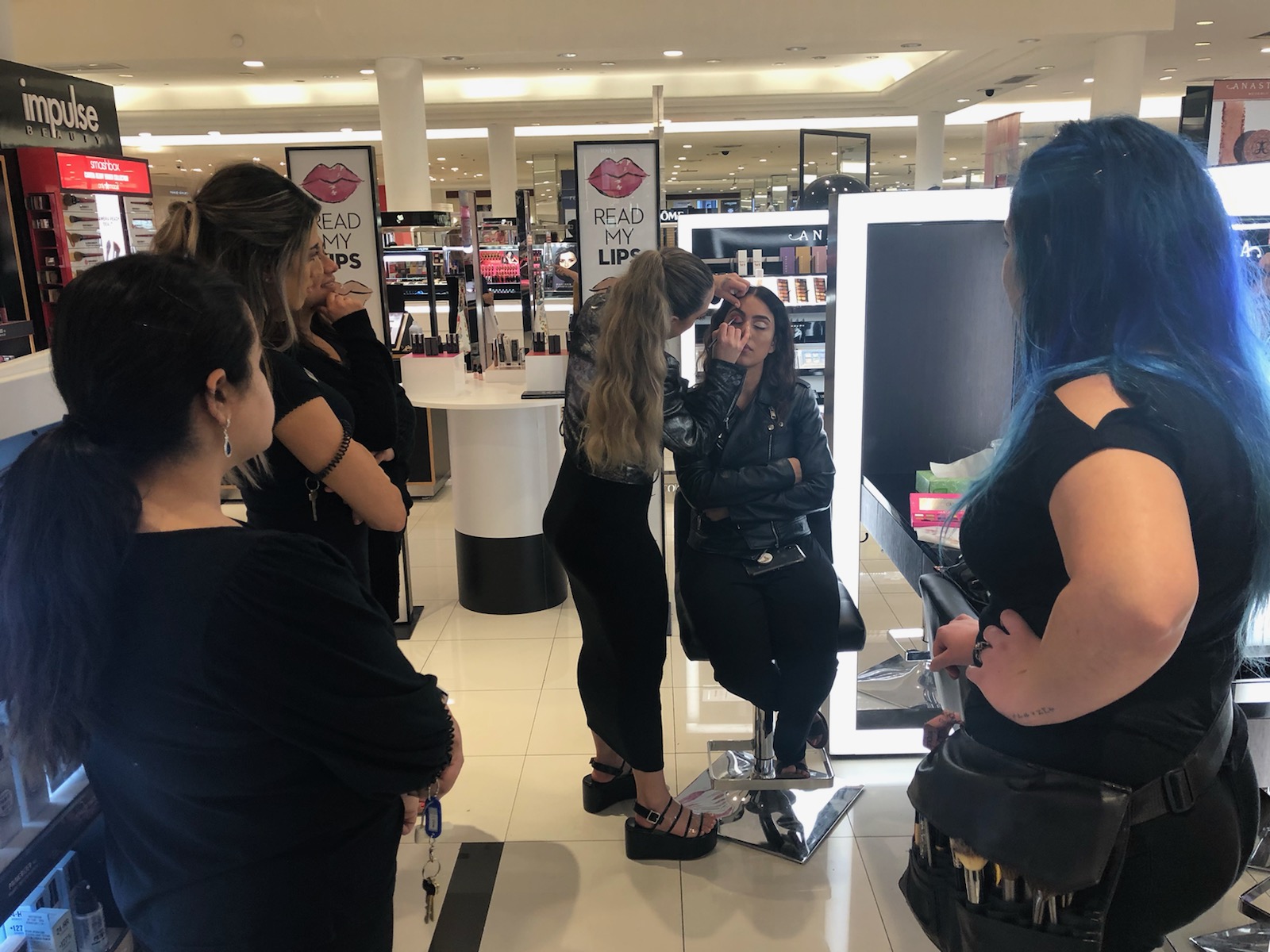 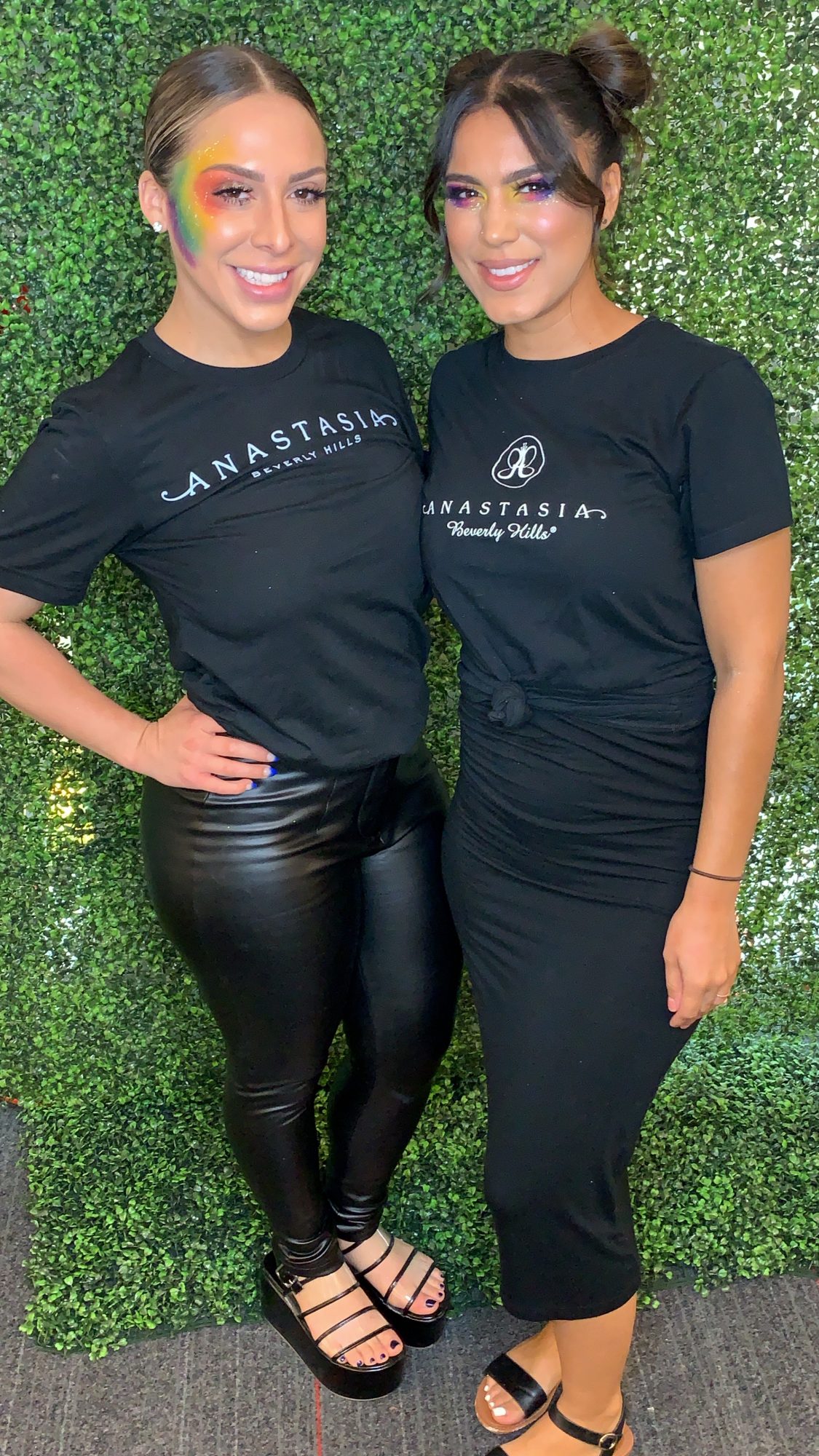 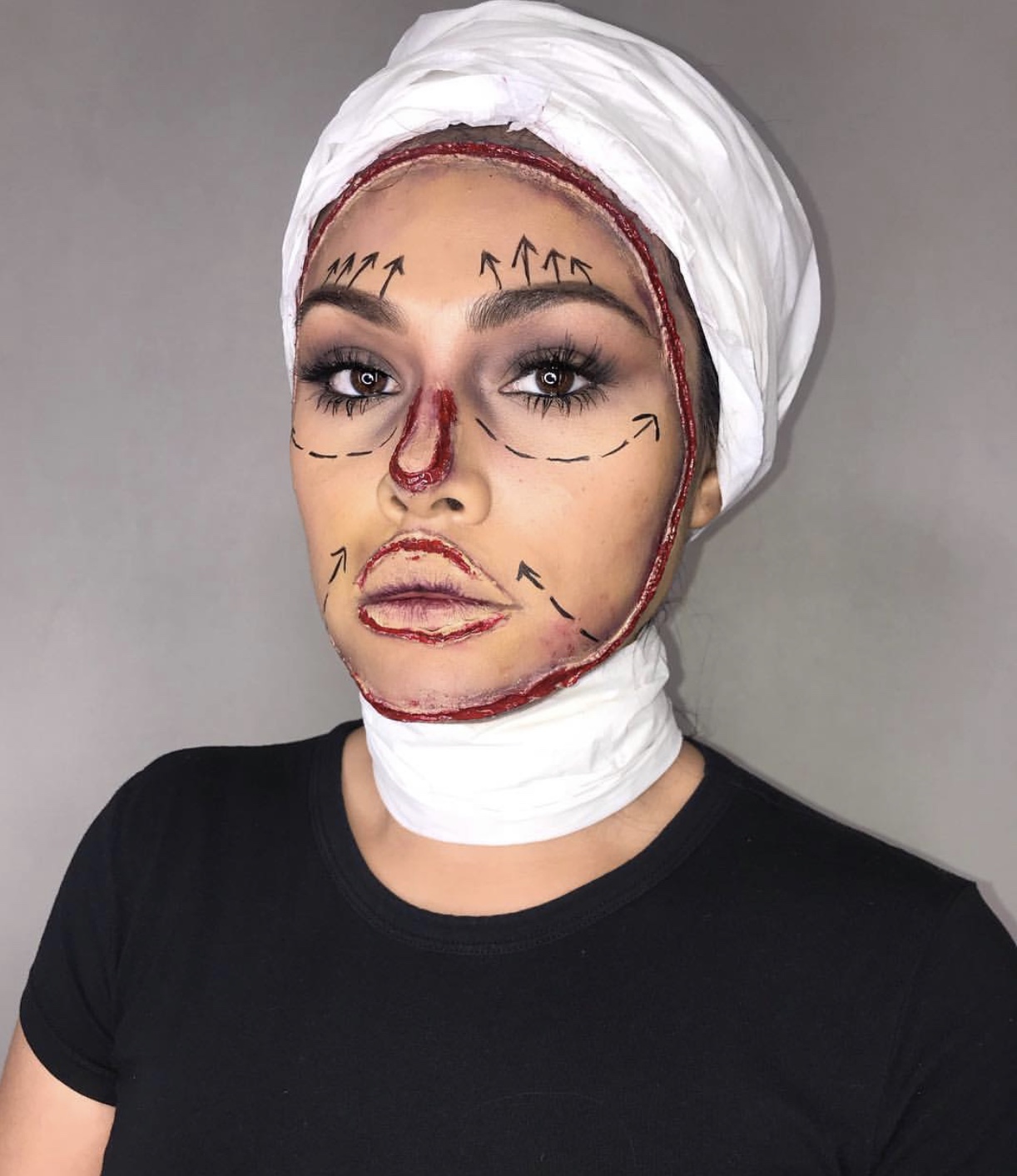 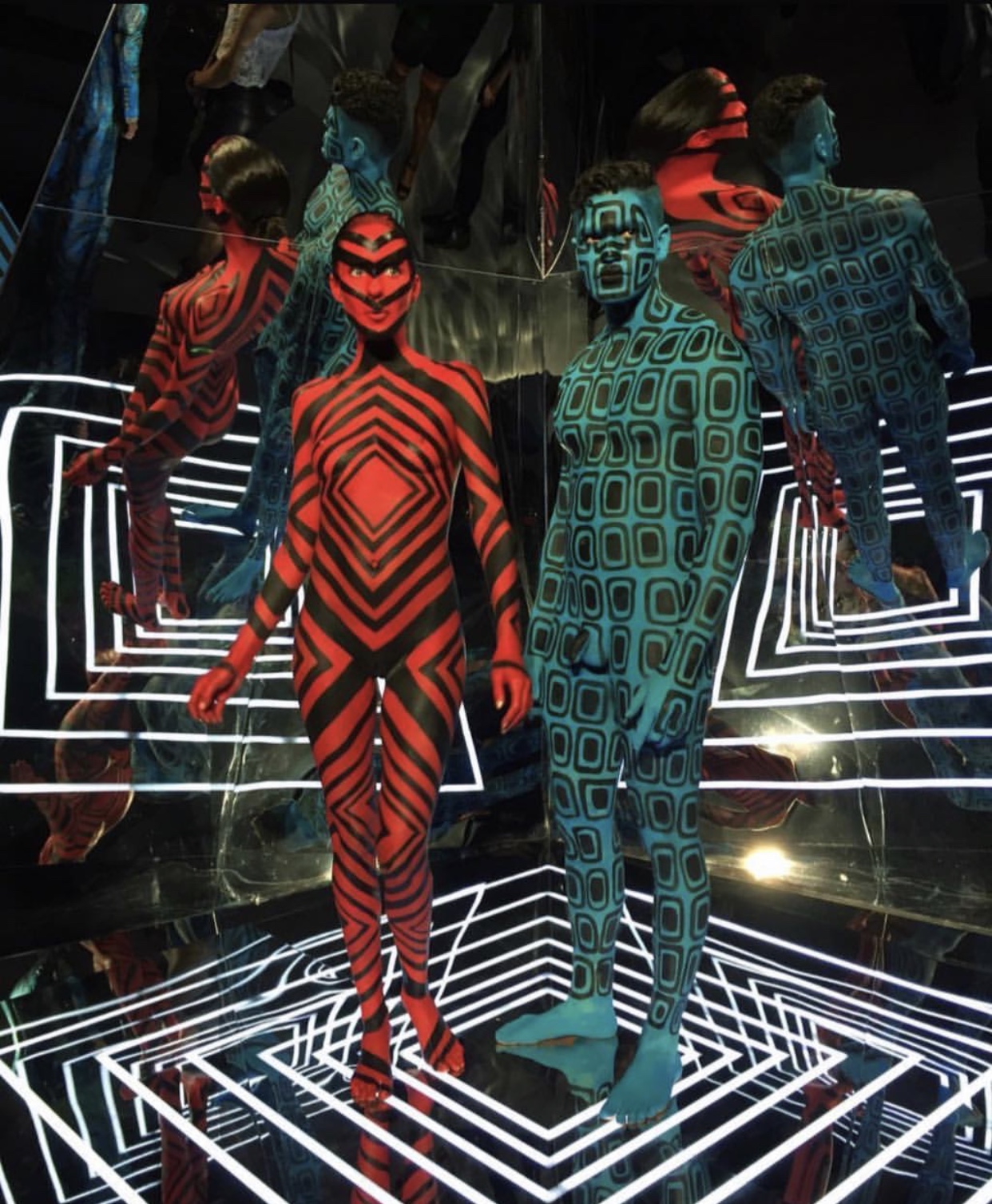 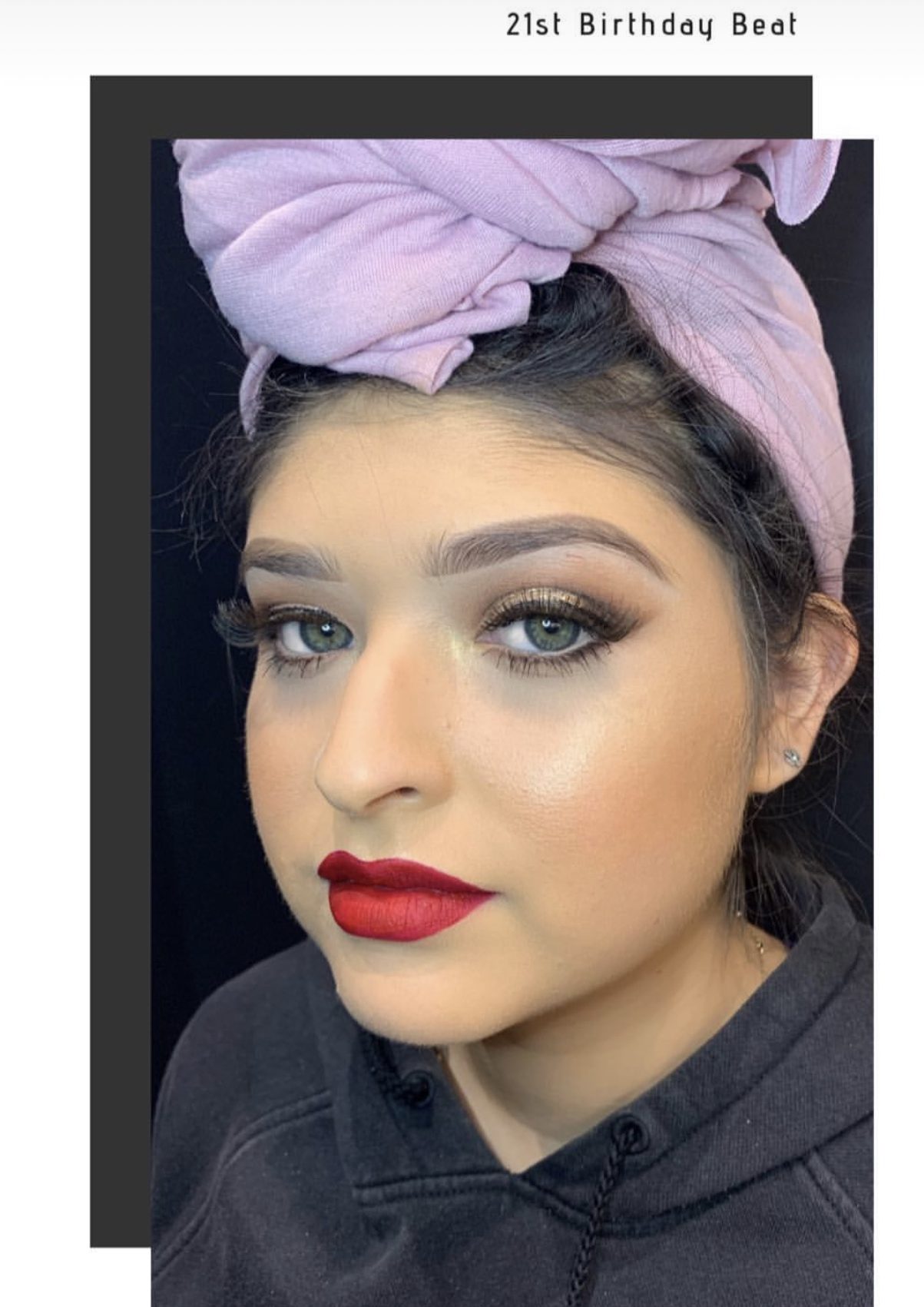 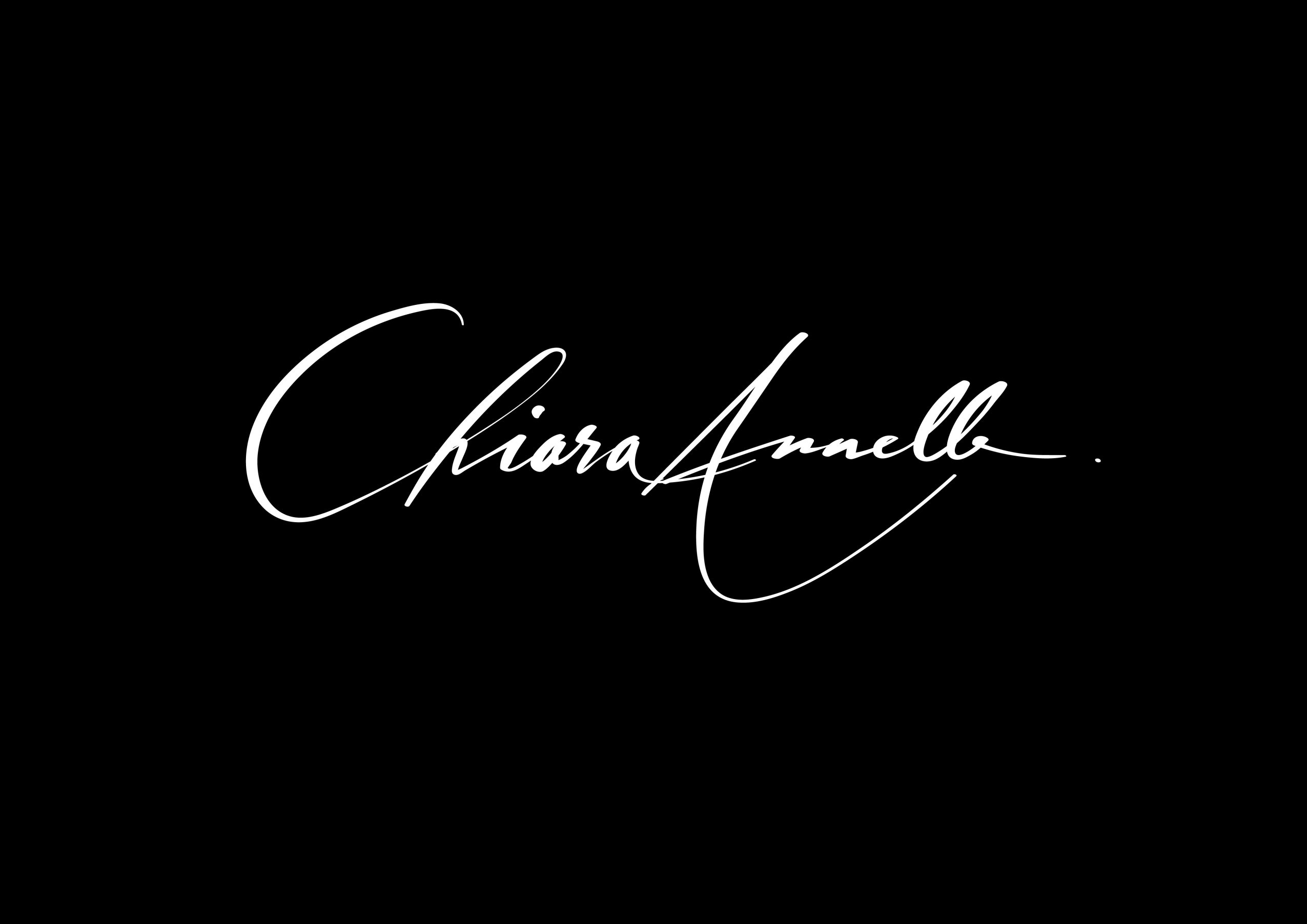