Meet Cheryl Agustin of The Kitty Cult in Echo Park 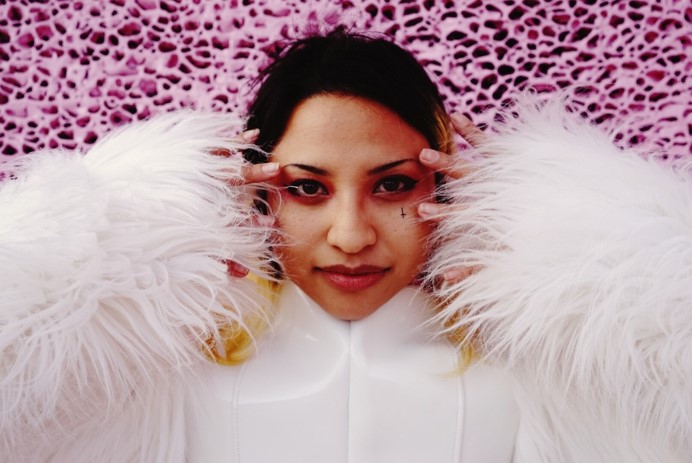 Today we’d like to introduce you to Cheryl Agustin.

Cheryl, can you briefly walk us through your story – how you started and how you got to where you are today.
This story starts with an anonymous Instagram for my alter ego that unexpectedly evolved as an art collective. Ever since I could remember, I was hyper-aware, painfully shy, and never fit in with any specific groups. I played a socially acceptable version of myself, a normal human participating in normal activities, but I was absorbed with anxiety. I felt like I was living someone else’s life, trapped and not knowing who I was. The people I grew up with had this cookie cutter idea of me: shy, quiet and kinda weird. It wasn’t til my recent relationship where I felt the most comfortable being in a space without judgment or limits. I started exploring, baby steps out of my cave, meeting this unknown side of me. If I gravitated towards it, I’d give it a try and ended up buying all the supplies for all my short-lived pleasures. Exploration was my new obsession, and I was playing different roles, discovering new parts of myself, from painting to skating to branding. It was invigorating. I wanted to share this new self with people but didn’t want to worry about censoring who I was. It was raw, vulnerable, and daunting. That’s when I created an anonymous account called The Kitty Cult.

This is where I began to publicly post all my fantasies and guilty pleasures, and no one knew about it except for my partner and my ten new online friends that I’d never met. The guilt from guilty pleasures comes from shame, and I began to grow more and more shameless. I wanted to explore it all, I wanted to see what I’d become. So I created my own world where things felt right. My tastes changed, my outfits changed, I changed. After a while, I didn’t recognize myself from old photos. I loved this new world and I wanted others to explore it with me. Slowly I started sharing this idea with more people I was comfortable with, and it was daunting at first but it didn’t matter anymore. This existed and I wanted to see it grow. So I made outfits for this new cult: chokers, harnesses and kitty masks, and we basically had a little photoshoot party, and everyone transformed into their own alter egos with these new costumes.

I loved that this was evolving into a safe space not just for me but for people I shared this world with. I slowly opened this space to some close coworkers, friends of friends, and eventually strangers I met online. Our photoshoots grew, friends offered their studios, we bought more gear and props, and we all collaborated. I was so lucky to find so many different personalities who shared the same intentions: creating a world to explore, support and empower each other. Some were into fetishes, some are into tarot, some into woodworking, but everyone was so talented and passionate, this is what made up the collective. This group has shaped me into who I am today, seeing new perspectives, sharing our experiences, and channeling different parts of ourselves. In September, The Kitty Cult will be three years old. Since then, we’ve been vending, putting together art shows, fundraising, hosting workshops, sharing opportunities with each other and soon getting into interviews. The most important thing I’ve learned from this journey is that you’ll find like-minded people when you show others who you truly are. You just need to be brave enough to discover the self that lives in the unknown, and it’s a never-ending discovery.

Overall, has it been relatively smooth? If not, what were some of the struggles along the way?
The Kitty Cult is meant to be an inclusive space for everyone. Sometimes along the way you meet personalities that don’t exactly mesh up and you learn their different triggers and see their real intentions. I quickly learned the importance of setting boundaries. Being inclusive is important but maintaining a safe space is something I would never compromise. This is what makes this community into the safe haven it’s meant to be.

The most vulnerable moment for me was when my parents showed up unexpectedly to The Kitty Cult’s first art show, called “Sixty-Nine”, with the theme of the alter ego and body positivity. Imagine your religious parents seeing you in lingerie next to your giant illustrated nudie. They were uncomfortable and confused at first, but as soon as they wrapped their heads around what this actually was, they were the most supportive people in my life. It wasn’t until then that I finally felt comfortable sharing this side of me with people I knew. And now, in this interview, it’s my first time I’m sharing the story of how The Kitty Cult started.

Alright – so let’s talk business. Tell us about The Kitty Cult – what should we know?
For my 9-5, I worked in ad agencies mostly as a motion/graphic designer, and this gave me the tools to create The Kitty Cult brand in the first place. The use of black and pastels represent our shadow and playful side, the parts we’re afraid to explore and the parts we lost touch with. The use of upside-down crosses reflect of our unconventional and non-traditional messages. We’re not Satanists, “we are an art collective creating a safe haven to explore you’re alter ego and manifest your deepest desires.”

We just had our 2nd show at Muzeumm called Kitty Paradise Show, a fundraiser for Kitt Crusaders, and it could not have happened without everyone involved. All our shows so far have included many fun elements and it’s because it’s accentuated by people’s passions: tattoo, tarot, burlesque, massage, music. Now we’re hosting workshops where people share their knowledge, and so far we’ve had @tuhro teaching resin, @clams4sale with woodworking and canvases, and our next one will be with @onpyre teaching how to create altars and sigils. Anyone is welcome to join!

Any shoutouts? Who else deserves credit in this story – who has played a meaningful role?
My partner, Rick Polk aka. Klopsy, who is there at every event for The Kitty Cult, has supported me in every crazy thing I do and has given me a safe space to grow into who I am today. I couldn’t have asked for a better partner in crime. We also have a project together called @TroubledType on IG, where we turn people’s troubles into beautiful typography. Ariel Hart, my friend, and former boss, the most nurturing human that helps foster people’s creativity and acknowledges people’s efforts. You’d be lucky to meet her. PJ Superior, Sarah Tuhro, Ashley Smith, Sierra Sandler, Nicole Stetter, Beth Wollman, Branden, Nate, Reilly, and Emiko who were some of the first people to join me in this crazy adventure. Violet & Vladonna, fearless bbs who bring out the crazy sides of me. Kelly Love & Jenny Da who have been my other halves, feeding my logical and emotional sides. I collaborated with Mary Delioussina once, and Kitty Paradise Show came to fruition. My parents and family who have accepted and supported this new side of me. Edda Manriquez of Les Femmes Underground Film Festival and Daisy Noemi of LAZineFest, the other two collectives that are part of this exciting new venture called Femtasia. We’re working towards making a female convention, which is an extension of what we believe in sharing knowledge, creating a space to empower each other and evolving into the person you want to become. I’m excited to see where this journey takes us. 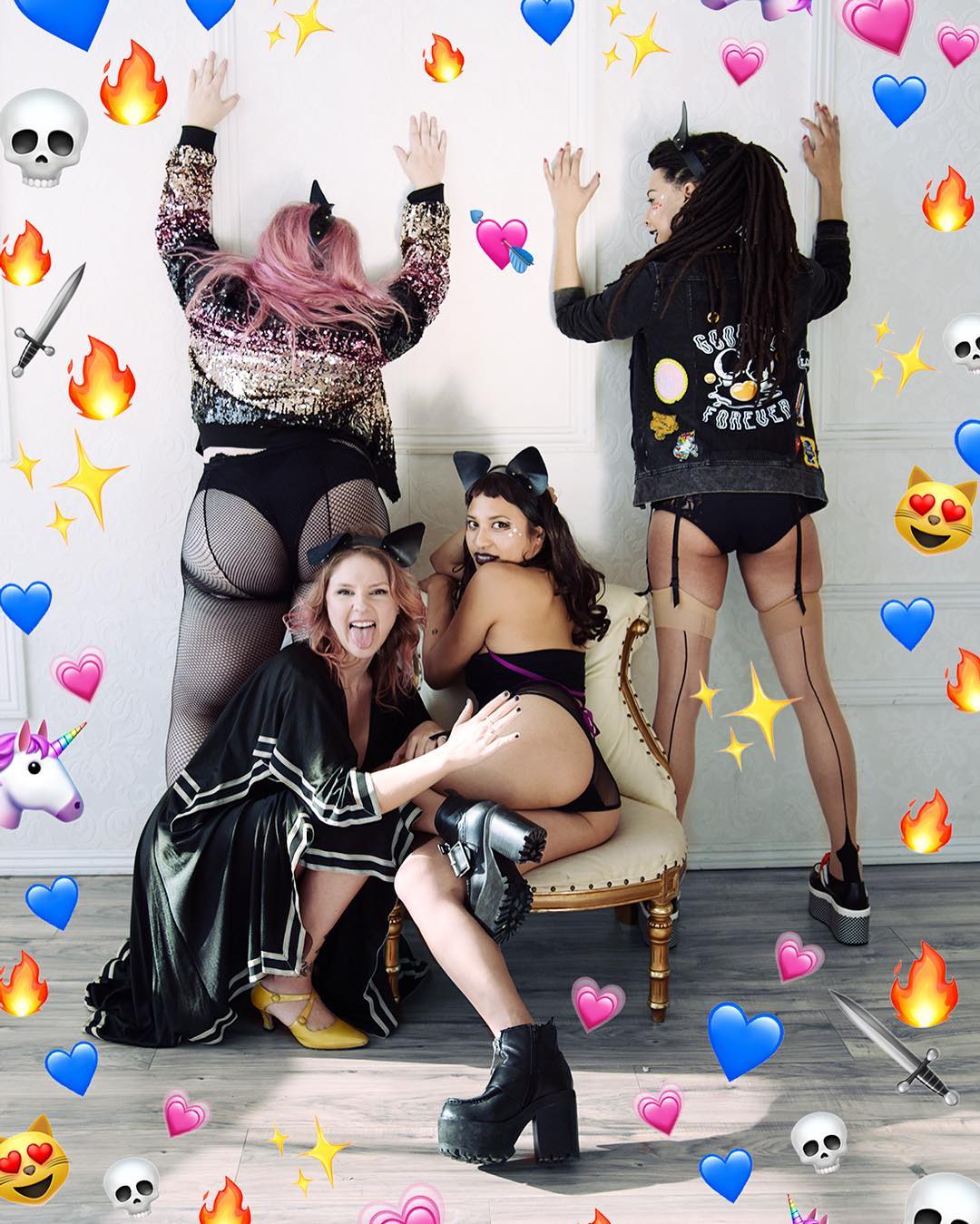 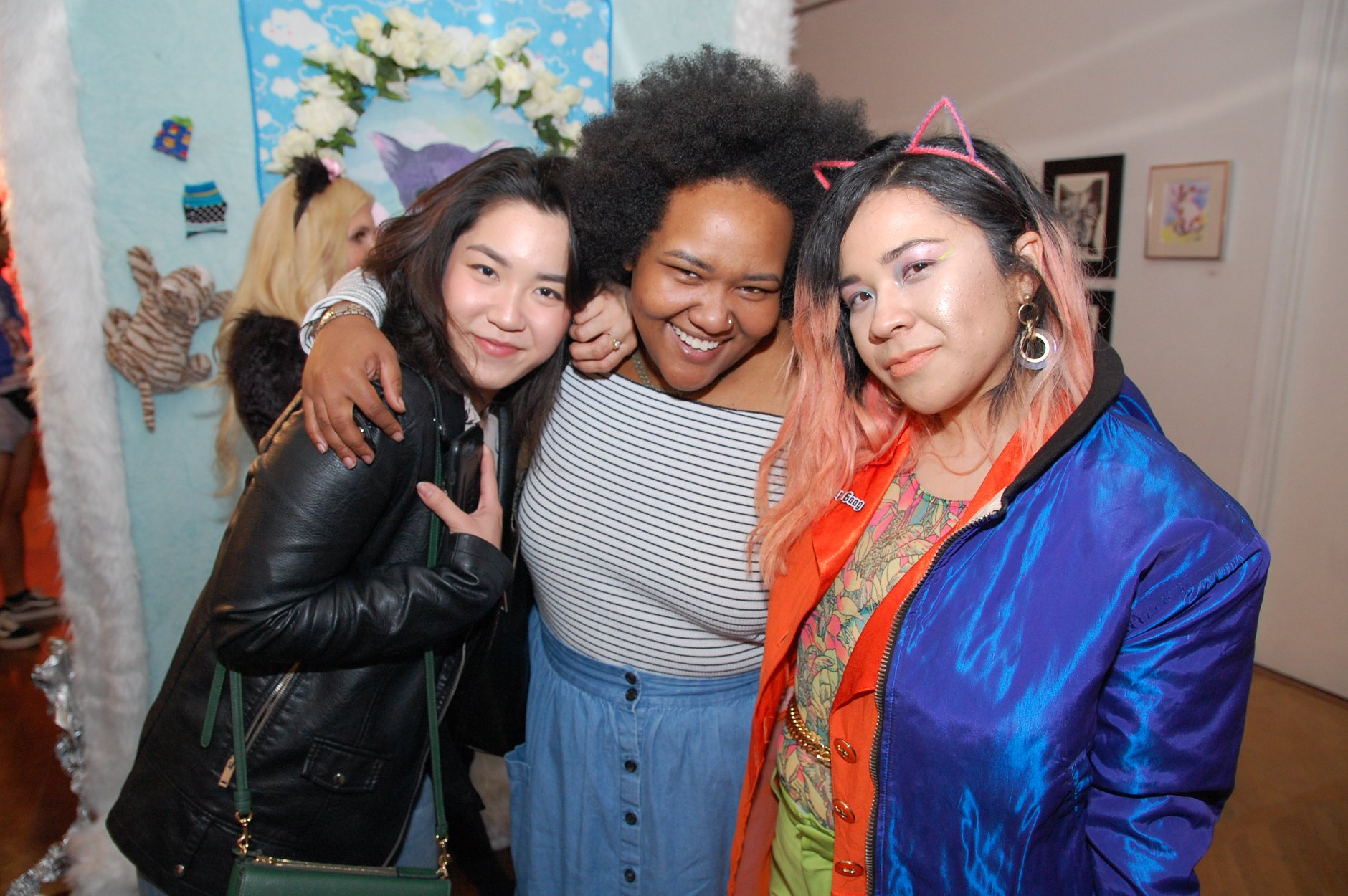 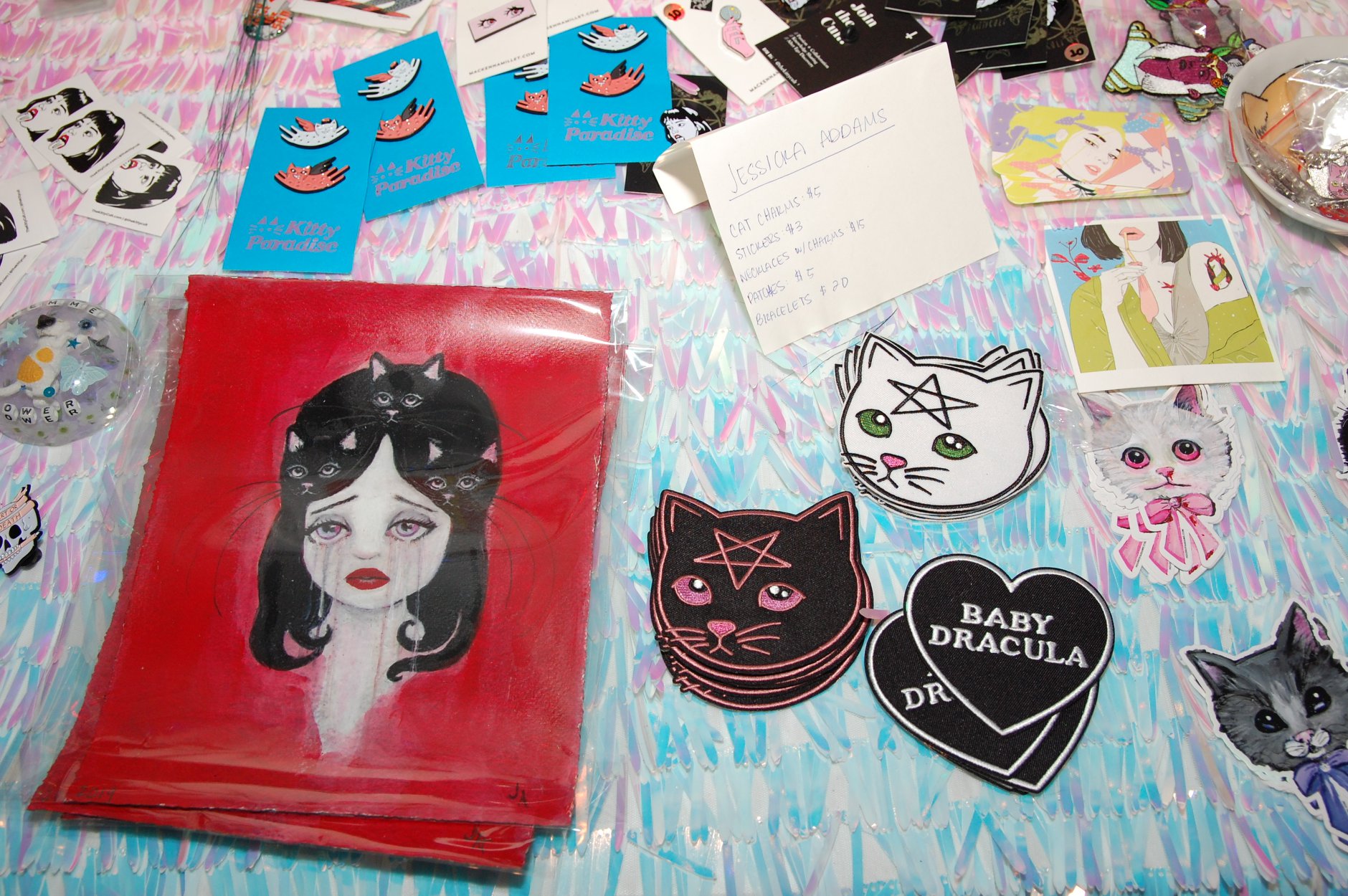 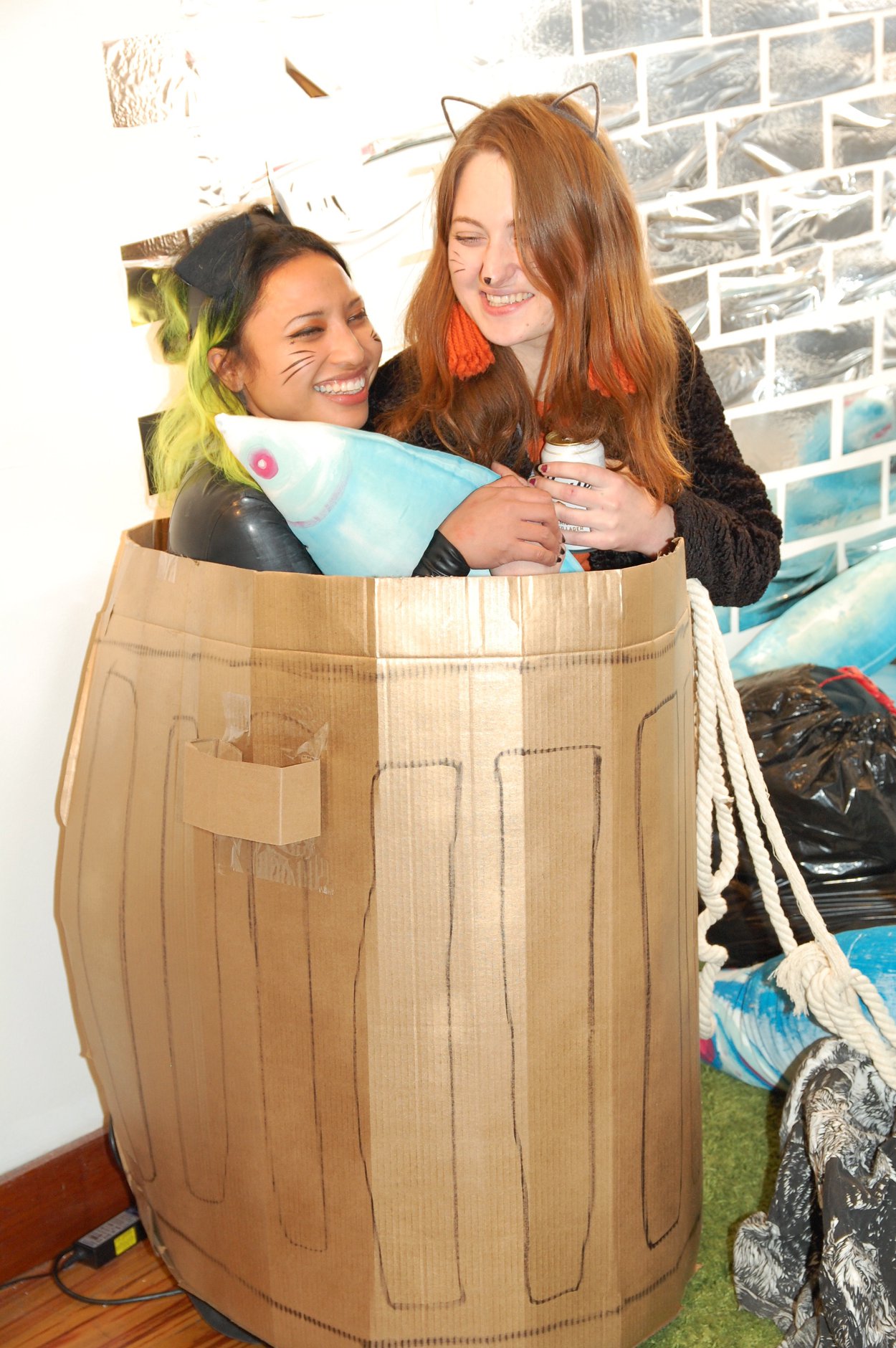 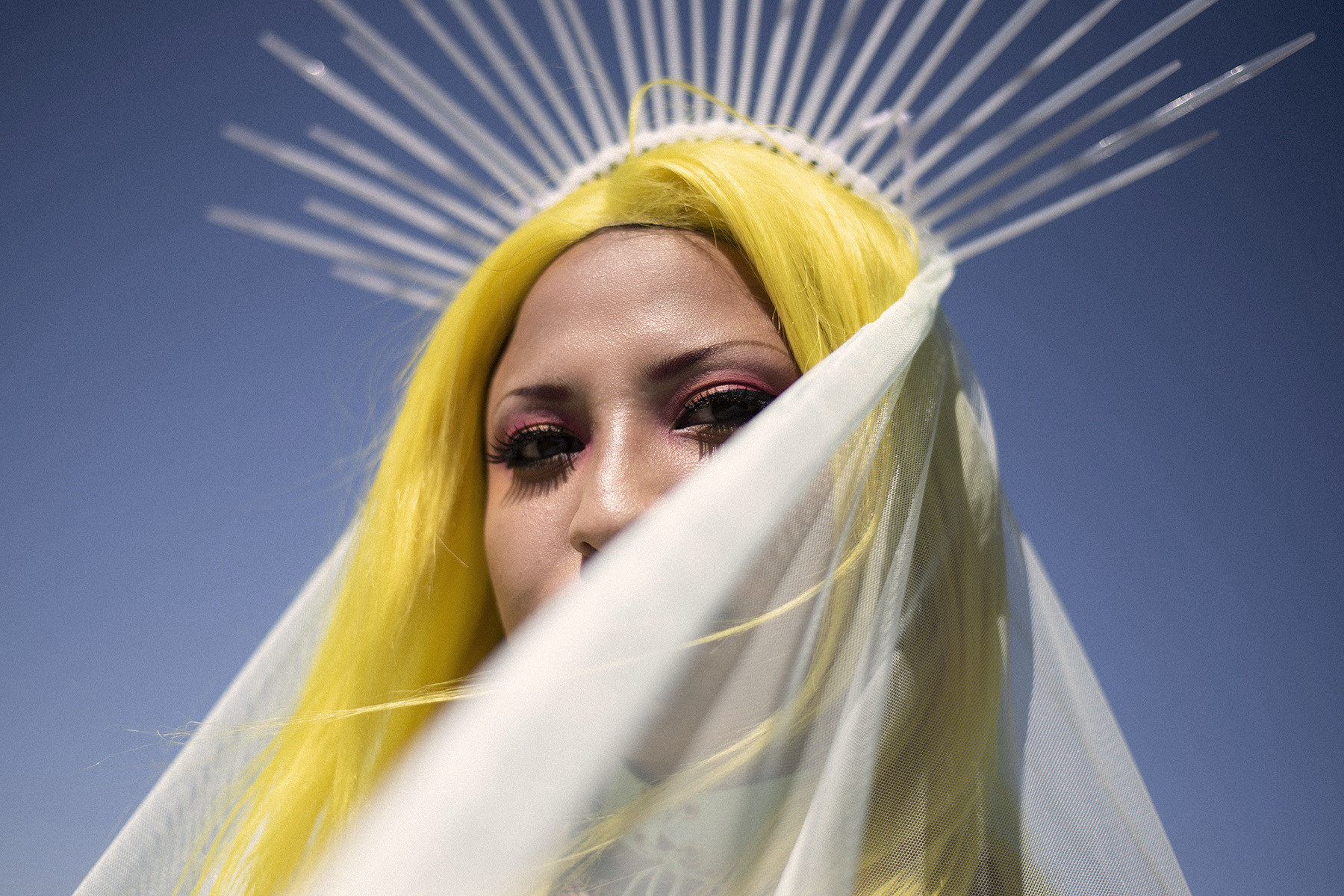 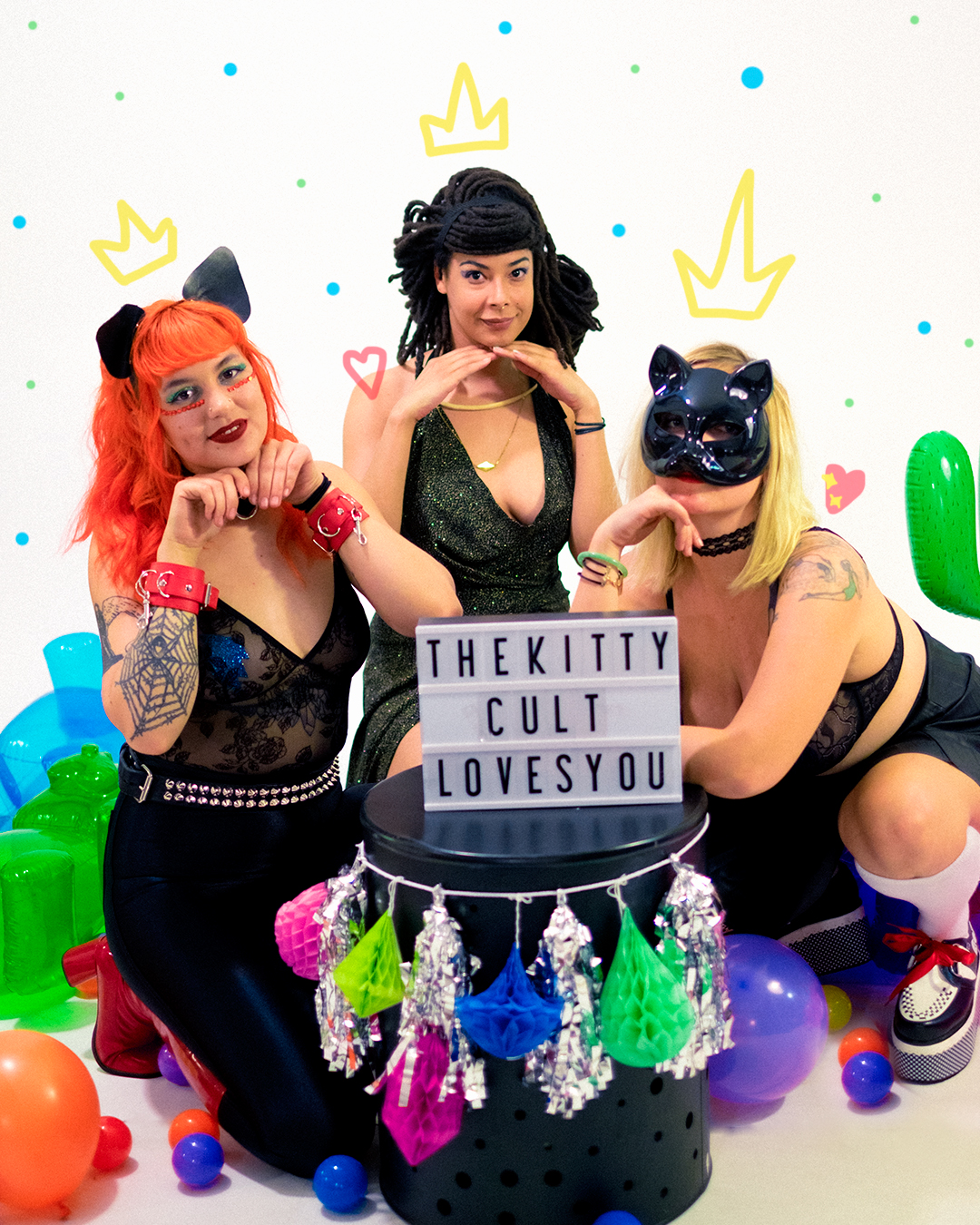 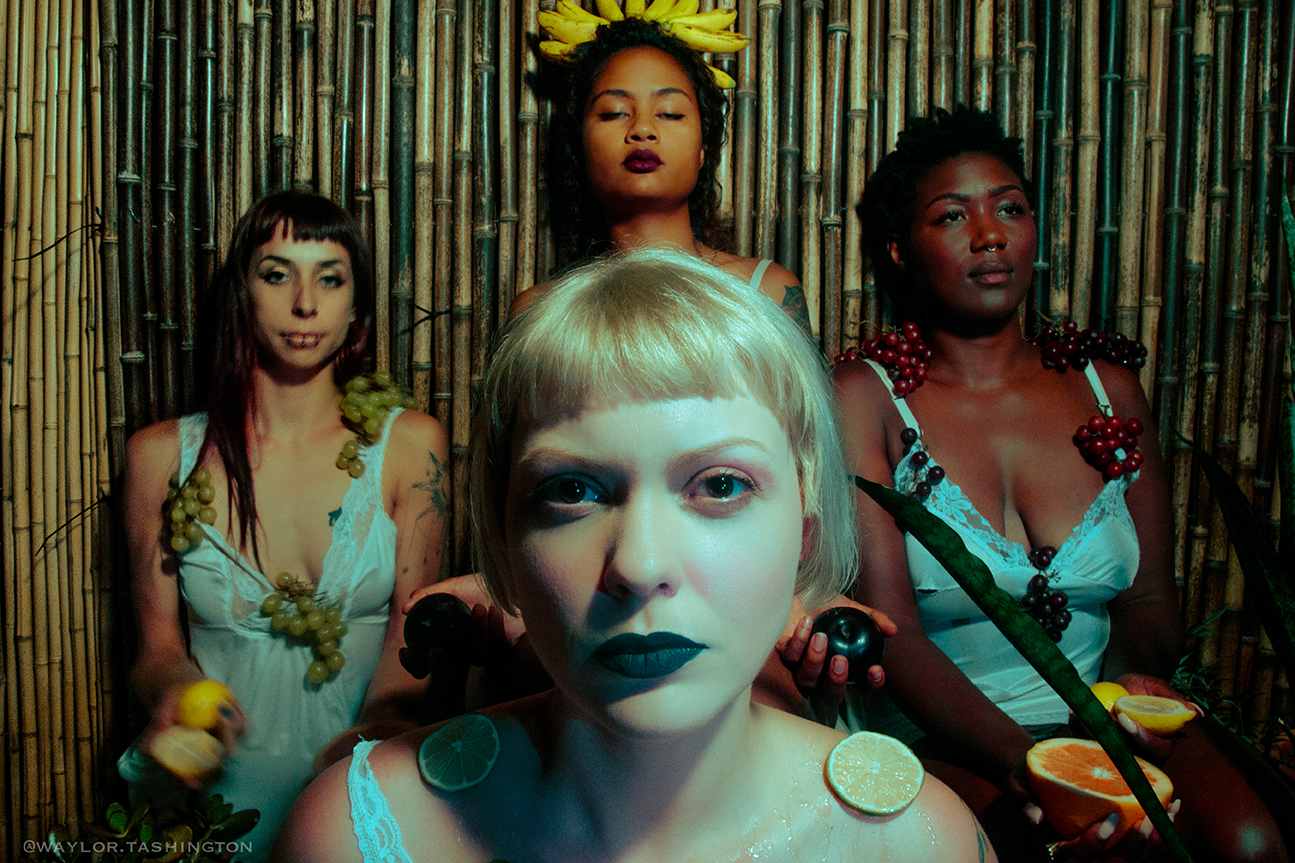 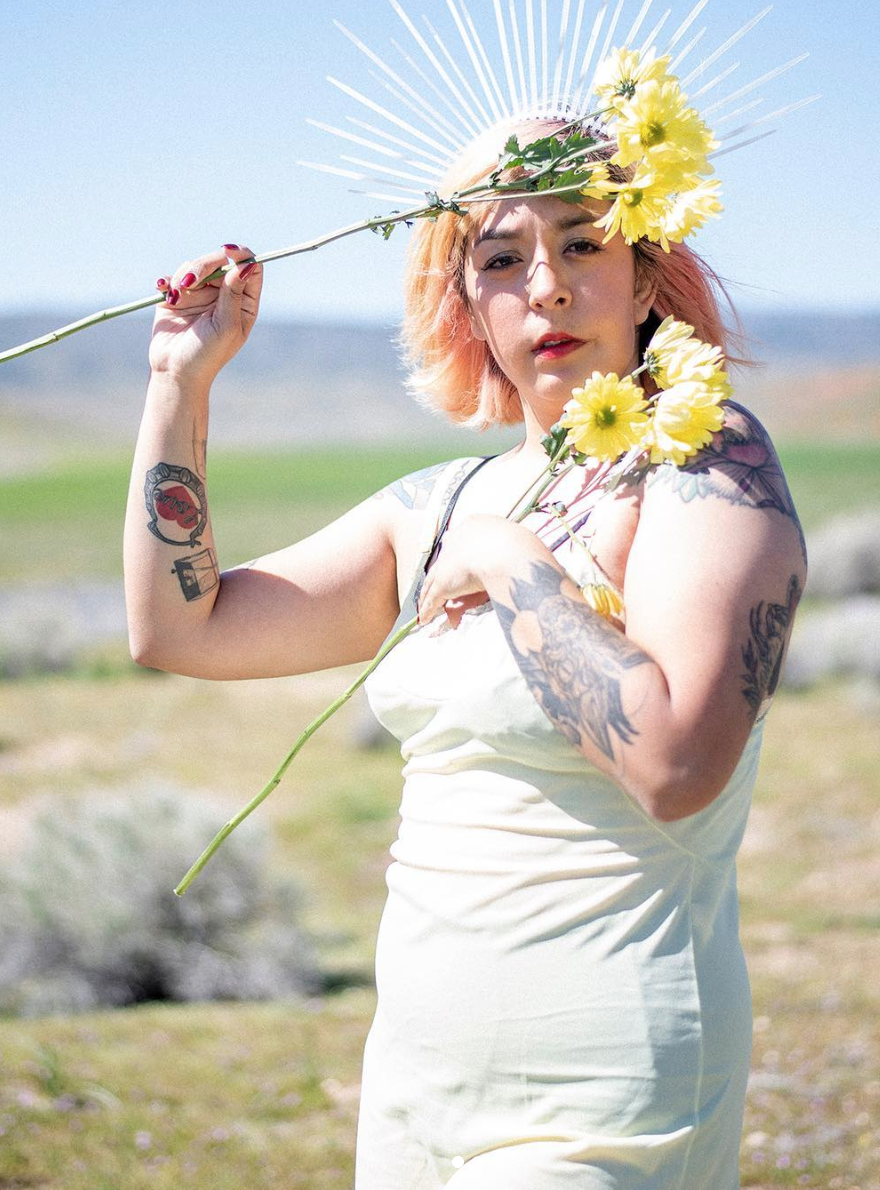 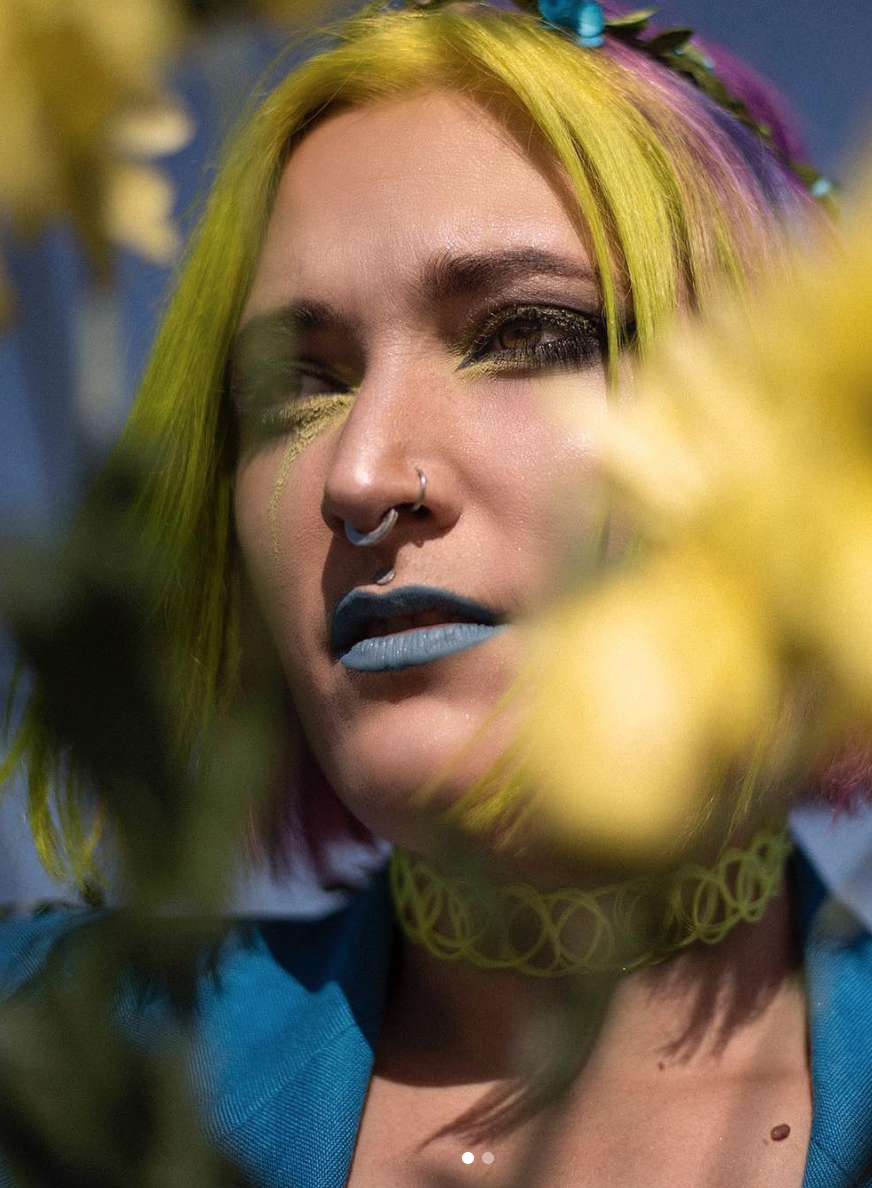 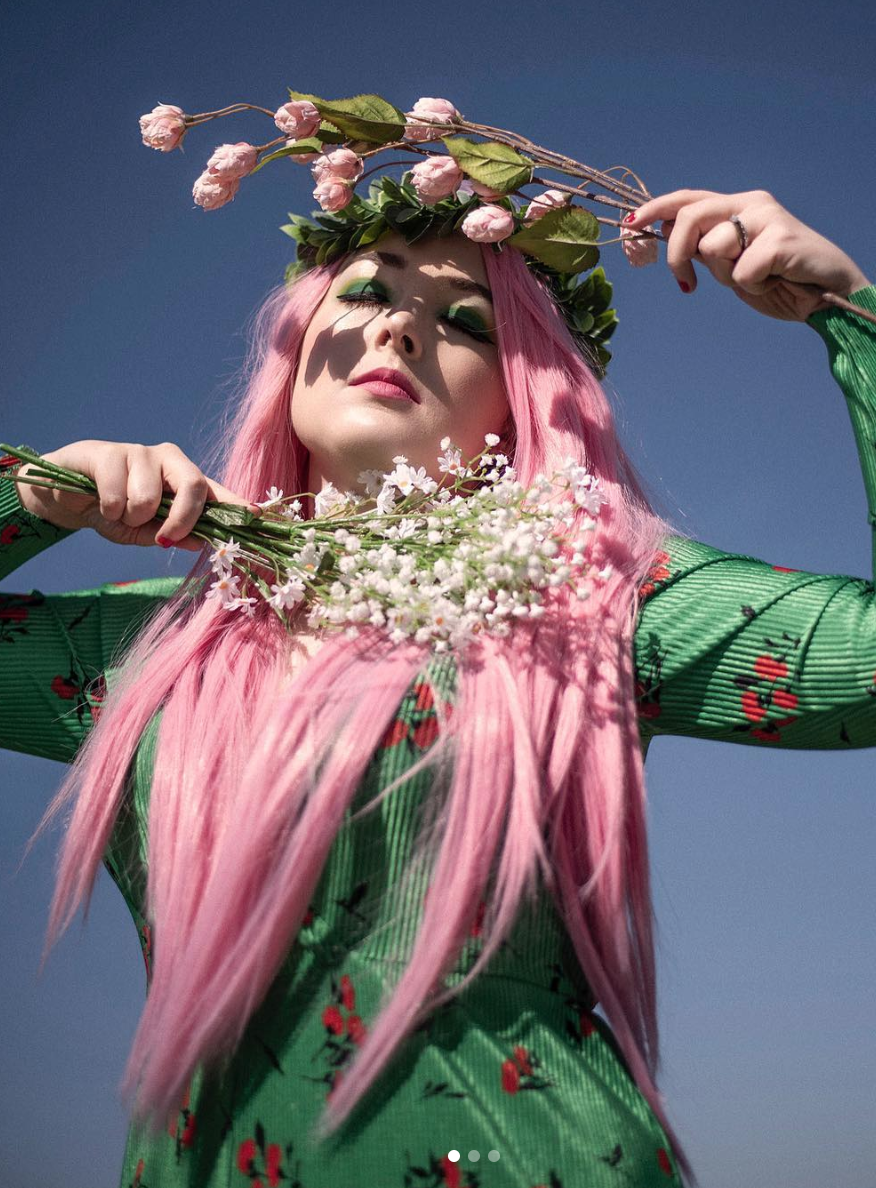