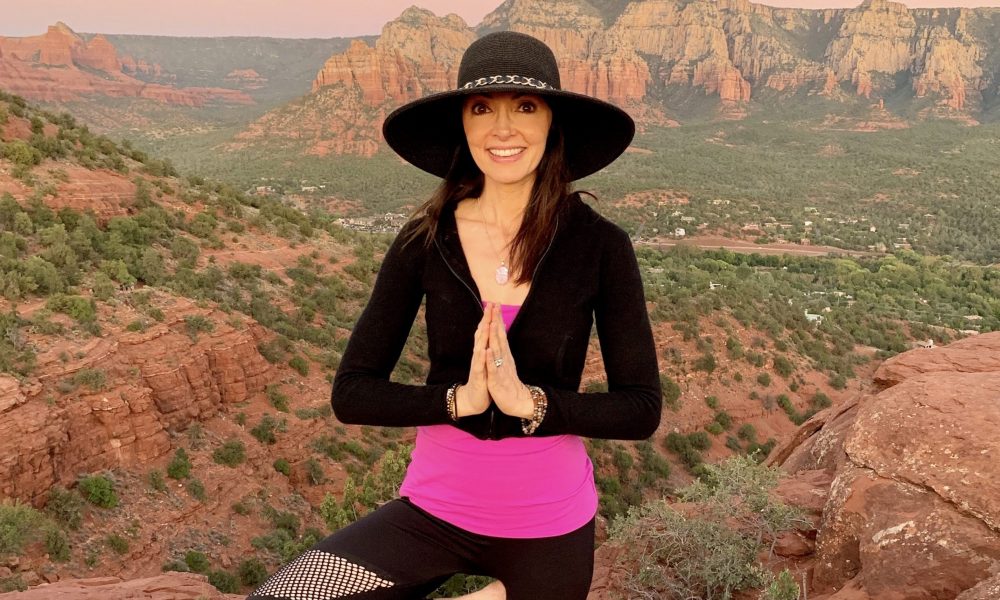 Today we’d like to introduce you to Cherise Bangs.

Cherise, can you briefly walk us through your story – how you started and how you got to where you are today.
I’m originally from San Francisco and was actually born at home to two yogi hippie parents and I began performing shortly after I started walking. I grew up in a musical-performing family. My parents wrote a song together the night that they met, and haven’t stopped to this day. We would always sing together as a family, with my parents on lead vocals and guitar, my brother on the drums and me on piano or just dancing to the beat. We would visit ashrams regularly, so Yoga and Meditation have always been integral to my life as well. I remember practicing Sun Salutations with my dad in the mornings and learning to read Tarot Cards from my mom in Junior High. I had such a wonderful childhood.

I feel so blessed to have such a loving family. Having that love and support really helped me along my journey because anyone who’s been in the performing arts will tell you that it can be challenging without the right outlook and support. I mostly performed musical theater in Jr. High and High school and really fell in love with comedy!! That launched me into my current career. After High School, I started modeling in San Francisco and enjoyed that, but wanted to perform as well. I was encouraged to move to Los Angeles for more acting opportunities. I wanted to get on set right away so I worked as a background actor to get a feel for everything and started adding extra jobs to pay for headshots and acting classes. That’s when I started reading Tarot Cards at events and started in the lookalike industry. This is where my dancing background kicked in.

To this day, I still perform as a Britney Spears Impersonator. I’ve never met Britney, but I’m super grateful to have traveled around the world lip-syncing and dancing to her hits! When I was twelve, I came in first place in the lip-sync contest at the Walnut Festival. I never knew that would be such a big part of my career (or maybe I did?) I believe everything happens for a reason. I’ve always had a very strong intuition, so much so that the night before one of my performances as Britney, I had such a strong feeling that I was going to meet someone. That someone ended up being my husband, we got engaged two and half months later and showed footage from the night we met at our wedding, and now we have a beautiful son. Before I met my husband, I started doing Stand-up with Bobby Kosser (Brilliant Comedian who performed on David Letterman). We had a quirky two person act, like Burns and Allen. We performed at so many places over a few years including the Improv and The Riviera Comedy Club in Las Vegas. I learned so much from him.

From there, I dived into Sketch Comedy, performing in live shows with Straight Jacket Society and studying at The Groundlings. During that time, I booked several sitcoms, films, hosting jobs and commercials. I think my favorite sitcom to work on was iCarly! Such a great cast and crew! Continuing to practice yoga and meditation through everything really kept me grounded. Once I found Dancing Shiva Yoga and Ayurveda, I knew I had found a yoga studio and teacher, Mas Vidal, that felt like the perfect fit. I deepened my life long practice and passion and became an Ayurvedic Yoga Therapist. While I continue to perform at live events, and act, I’m so grateful I have another part of my life where I get to help people with private sessions of Yoga, Ayurveda, and Tarot Card Readings.

Has it been a smooth road?
I was really homesick when I first moved to Los Angeles, so I was bit slow to start, but once I started working on set, I knew it was for me! I love working and creating. I just had to get my head in the game. I truly believe anything and everything is possible if you put your mind and energy towards it. I did get some interesting auditions and offers before I joined the union. Thankfully, I can feel energy so I was always able to tell if an offer or audition was legitimate. My biggest advice to someone just starting out in the entertainment business is: Don’t take the rejection personally. Just go into your audition or meeting fully prepared and giving it your all! If you do your part the right jobs will always find you. Breathe and trust. If you truly love what you do, you’ll feel like you’re on a beautiful journey.

Let’s touch on your thoughts about our city – what do you like the most and least?
We have the best of everything in Los Angeles. Being a life-long vegetarian and now vegan, we have some of the best restaurants in the world to choose from. I love to be in nature. I feel really lucky to be able to hike and be at the beach all in one day! I love that I can teach an outdoor yoga class almost any time of the year. 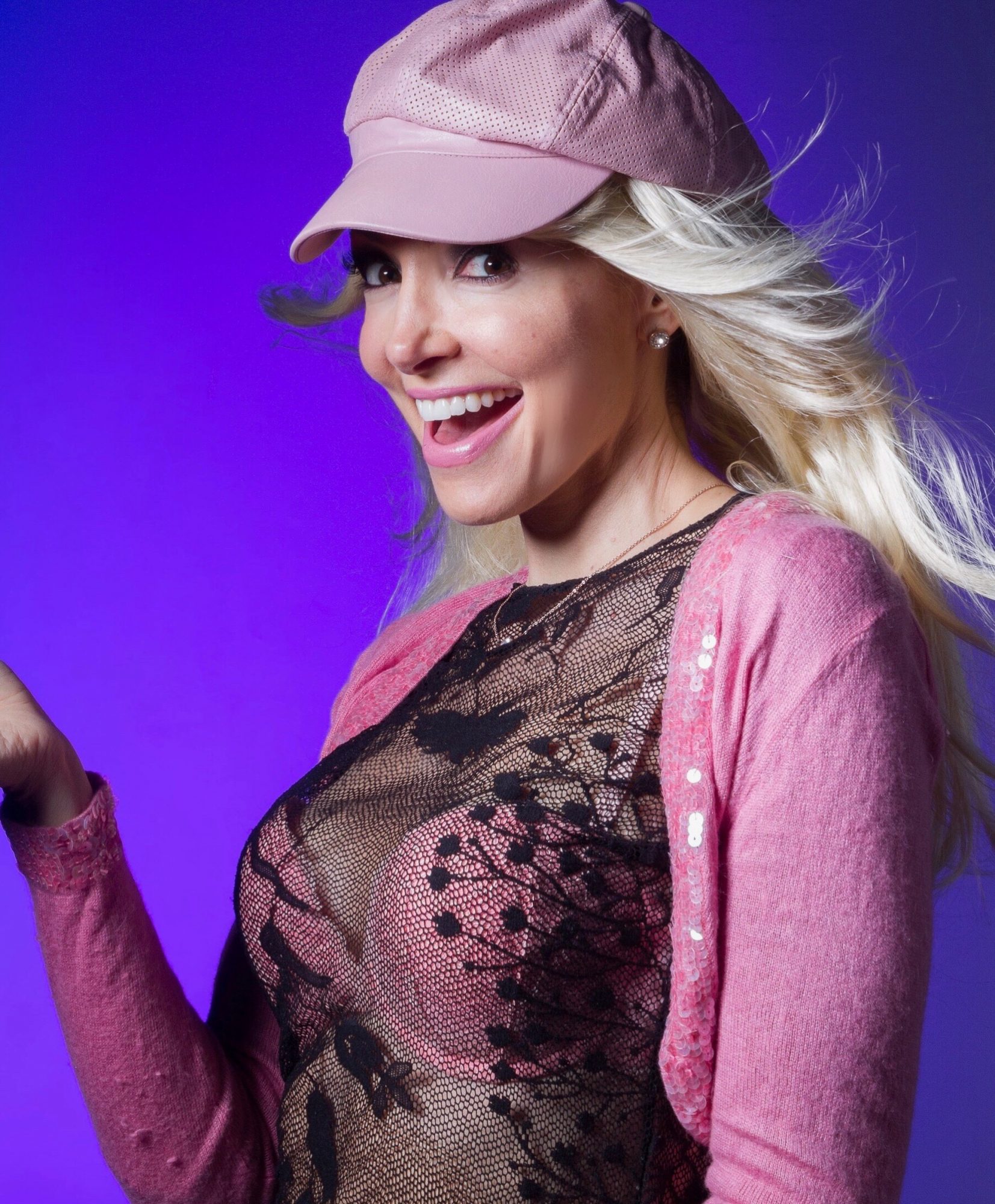 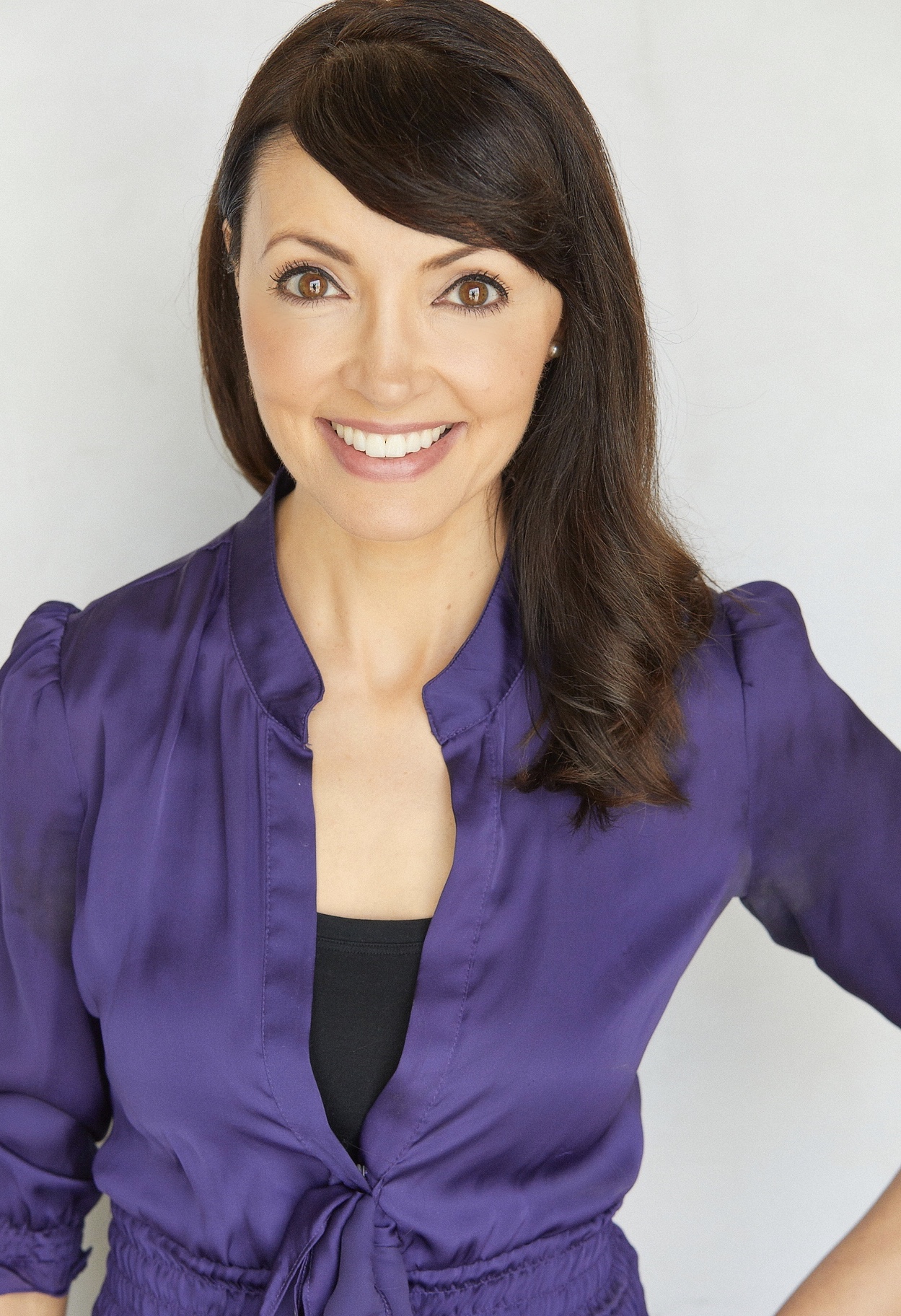 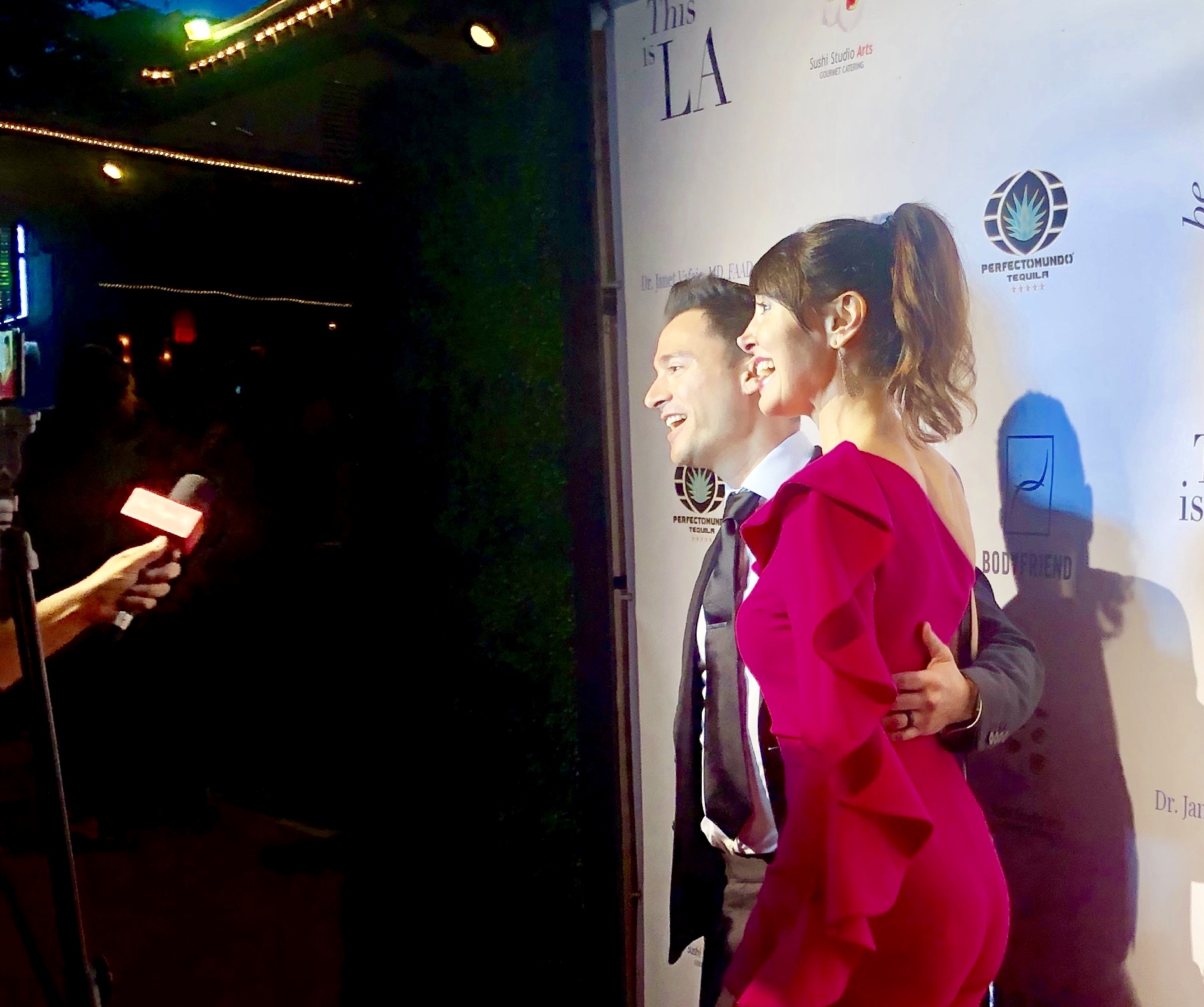 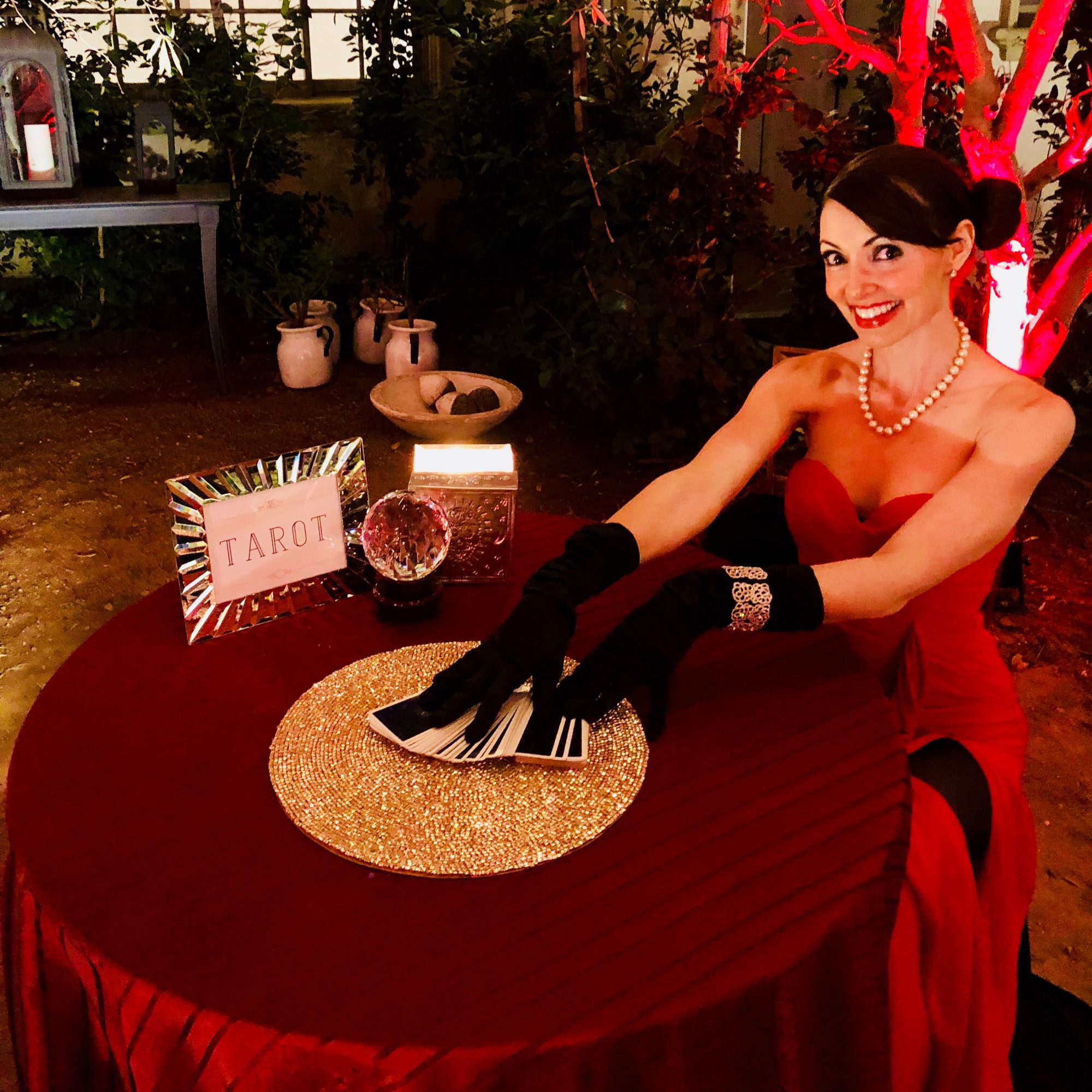