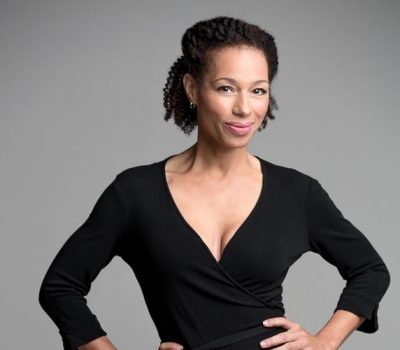 Today we’d like to introduce you to Cheray O’Neal.

So, before we jump into specific questions about the business, why don’t you give us some details about you and your story.
I’m an actor, writer-producer with a strong belief in matching purpose with passion. I also know first-hand the impact cancer has on the family dynamic as my mother, Patti O’Neal Robertson, lost her battle to breast cancer. My mother believed in the power of giving back and the lasting footprint your art has in this world. I do too. This partnership with the play ‘Journey This’ American Cancer Society and Lyrical Hair is a match made in heaven.

I’m a recipient of Best Trade Feature in the USA for an article I wrote for Black Meetings and Tourism, acted in Films H4 produced by Harry Lennix (Blacklist) and a documentary film by Mark Pellington (Blindspot) called ‘Honesty. I’ve written individual pieces for the NAACP and for The LAByrinth theater company New York City in which I’m a member of. In terms of an actual full-length play, this is my first stab at it.

In writing this play, there was a bit of a process to it because it began in bits and pieces. It didn’t’ really fully resonate until I lost my grandmother. She was an amazing woman, strong and willful and courageous. She was 92, so she was able to vote for an African American president, twice, which I’m sure she never thought would ever happen. When she died, I was left with this feeling of, “What’s going to be my legacy, how do I lay my footprints down on this world? Who and what do I want to surround myself with?”

My grandmother had lost everybody, including my mom—which this play is dedicated in both heir honor—she lost everybody yet she was still able to get up every day with a smile. I was really fascinated with that, so I started reflecting on her impact on my life, which was the impetus for the show. I’m so honored to partner with American Cancer Society and Lyrical Hair in providing comfort, confidence, and ease to women already coping with devastating circumstances.

Loss has a great way to teach the living the preciousness of time. My lesson manifested in the form of the theatrical one-woman show, ’Journey This.’ I’m hoping the show gives people permission and freedom in their lives to find their truth, talk about it and ultimately heal. The pain and joy start with you right here and right now.

Has it been a smooth road?
The biggest challenges were finding collaborative team players who would fight for the common goal and intention in sharing this story far and wide. Financial backing can serve as an obstacle. I made a decision that nothing would stop me and I stepped into every day with that will. The universe always provides when you take action based on an intention and determination and of course a consistent tribe of movers and shakers that will ride the wave with you.

I found that in first my partnerships with the American Cancer Society and Lyrical Hair. This was extremely important to me as I lost my mother to breast cancer and I wanted this production to have a strong philanthropic element to it. Marlene Forte, an actor in her own right (The Mayans, The Fosters, Marvels’ Runaways) and I are members of The LAByrinth Theater Company of New York City. We’ve been comrades and friends for years, I trust her, and she’s a serious contender for truth. Ray Ford, co-producer is like a brother to me, we have an easy understanding, and he’s nothing but love. Tovaris Wilson, choreographer/co producer also have a strong tie, I trust him fully and respect his craft.  Rick Alonso, has been with me as co producer from the beginning, he’s very gifted as a graphic designer and his ability to help me sift through my message with the play.  I just kept getting blessed with a tribe and the rest is history. Another challenge is fighting your own demons and self-doubt. That’s a human tendency, and I argue with my gut more times than I’d like to count. I still keep getting back up as Mark Twain says ” It’s not the size of the dog in the fight, it’s the size of the fight in the dog.

So, as you know, we’re impressed with Rubie Sayz Productions – tell our readers more, for example, what you’re most proud of as a company and what sets you apart from others.
My role as an actor/writer/producer is to awaken and stir people consciousness, to speak truth to power, to create a safe space and platform for dialogue. Everyone wants to be happy. I specialize in truth and courage as well a mixing medium of movement, film, theater, and prose. I’m most proud of our philanthropic element. I was raised to use art and activism hand and hand, and this is a perfect match.

What sets me apart is I’m not afraid of telling on myself. Its imperative we use our voice to speak truth it allows others to do the same. I just want everybody to have permission to step into their own light and do what they love. Know that every little footprint you make contributes to a ripple and that ripple contributes to the world. Every individual person can be a part of something, there’s no size to what your impact can make. I hope this play gives people permission and freedom in their own lives to find their truth, talk about it, and to realize they’re not alone.

JOURNEY THIS is a solo dramedy that weaves the experiences of three generations of women into a tale of connections which reveals that the power of love, choice, and forgiveness lies in your own hands. It’s a transcendent love letter to family and an exercise in breaking the generational curse of stoic womanhood.

As a granddaughter searches her past to make sense of her present, she works to break family cycles and awaken the power of forgiveness. While traversing through time, O’Neal’s nine diverse characters, male and female ranging in ages six to eighty, are humorously excavated and powerfully brought to life.

It’s about breaking family cycles and finding your own path. This is a transcendent love letter to family and an exercise in breaking that generational gap. It charts triumph over self-destruction while navigating the ebbs and flows of grief. It’s about collecting the gems and using them for the greater good. It’s about bridging the gap. This play is a hopeful commentary on self-love and stepping into your own greatness. Multi-generational storytelling is what resonates with people. Look at the TV hits of this year alone, ‘This is us,’ Red table talk, not to mention Modern family, Mom, Transparent, Shameless we could go on and on. Because we live in an era of disconnect and our self-worth is monitored by likes on a social media post. There’s a real need for connection, love, and truth.

My grandmother’s generation had that. I’m wanting to connect all the generations, and still maintain a position of self-identity.

We have big dreams for Journey This and look forward to continuing and expanding our partnerships.  We intend to have a national tour, a college circuit run, an NYC run (LuEsther Theater, Signature, NYTW, MTC, Helen Hayes would be our vision), as well as a Netflix or HBO special, there’s a lot of healing in this piece.  We want to reach the masses.

In addition Lenore Thomas Douglas director/writer/actress and I have written a short film ‘Leap’ based on the play ‘Journey This’ that goes into production Jan 13th 2019.  This is already panning out to be an incrediblly fulfilling 2019. Love, creativity, impact and surrender is shinning bright in my world, and i couldnt be more happier.

Let’s touch on your thoughts about our city – what do you like the most and least?
This is a city  is a mixed bag of lost angels and deep thinkers,  heart givers and blood suckers, nature and hard concrete. We have sunshine, nature, opportunity, homelessness, traffic, isolation, water shortage, yoga, haters, fakers, love and wellness.  This is all apart of life and it’s pulse is alive and well here. Whatever side of the see saw you land, is in your hands.   Its vital to find your tribe.  Nothings done alone except birth and death. 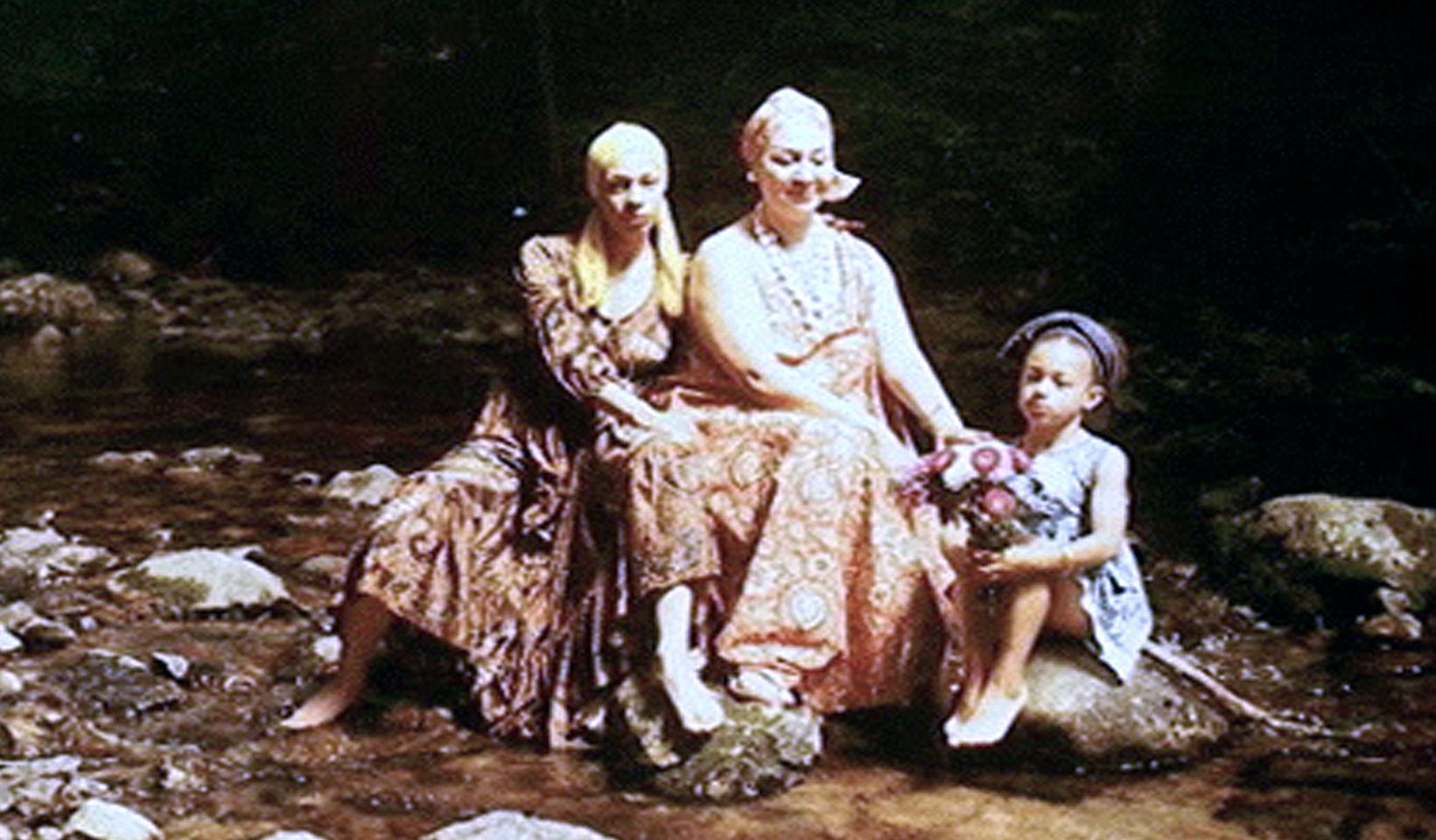 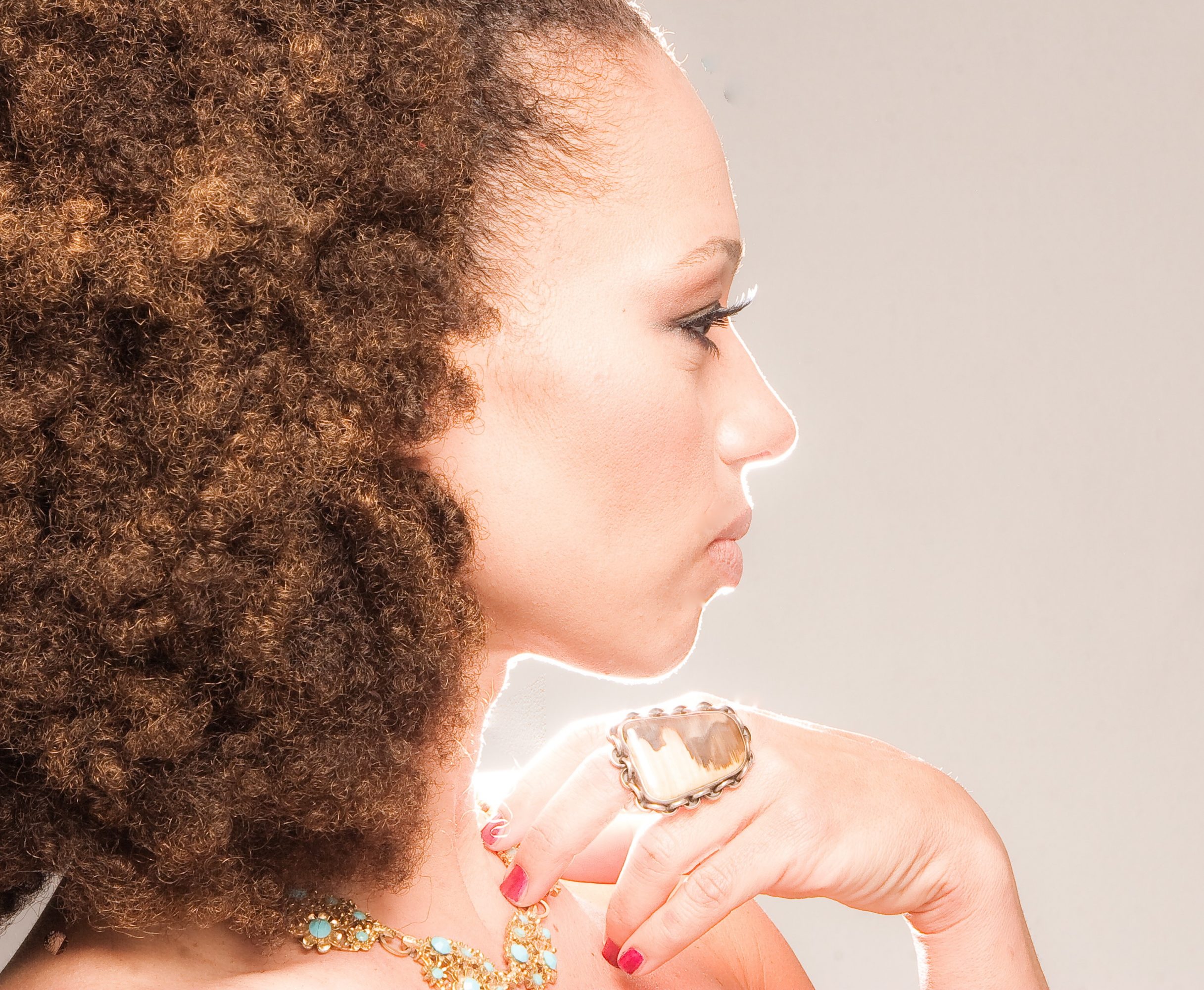 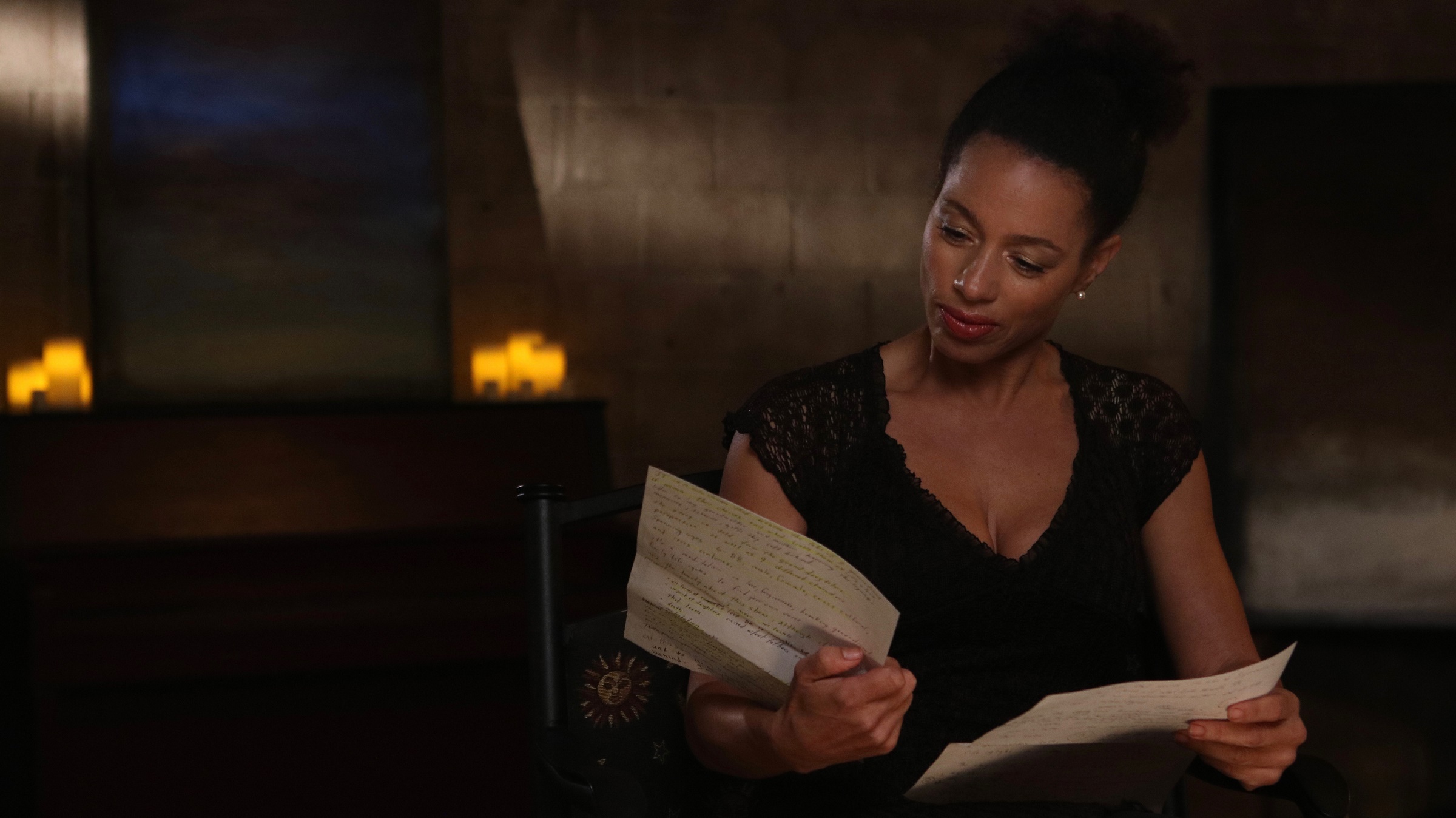 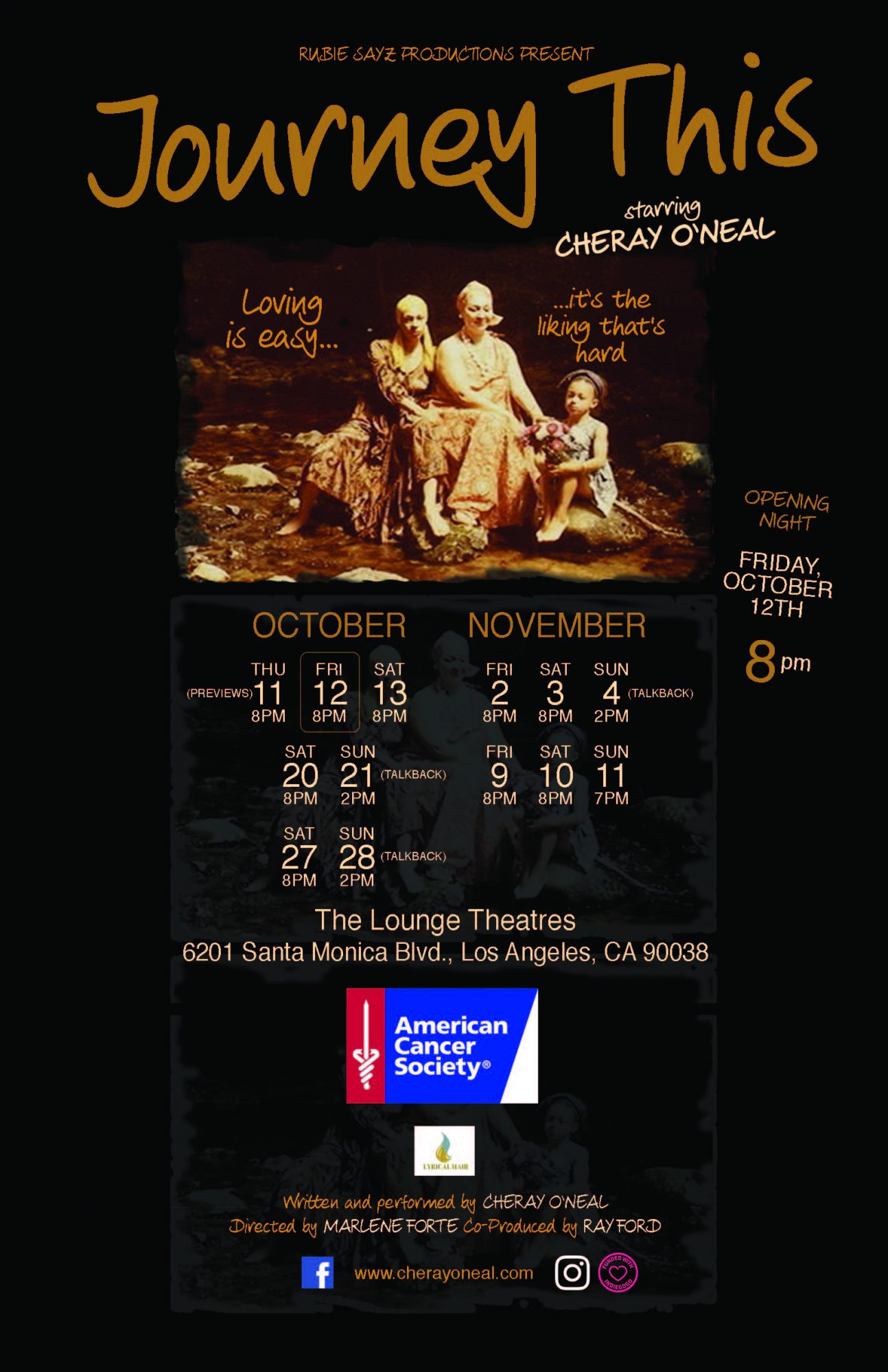 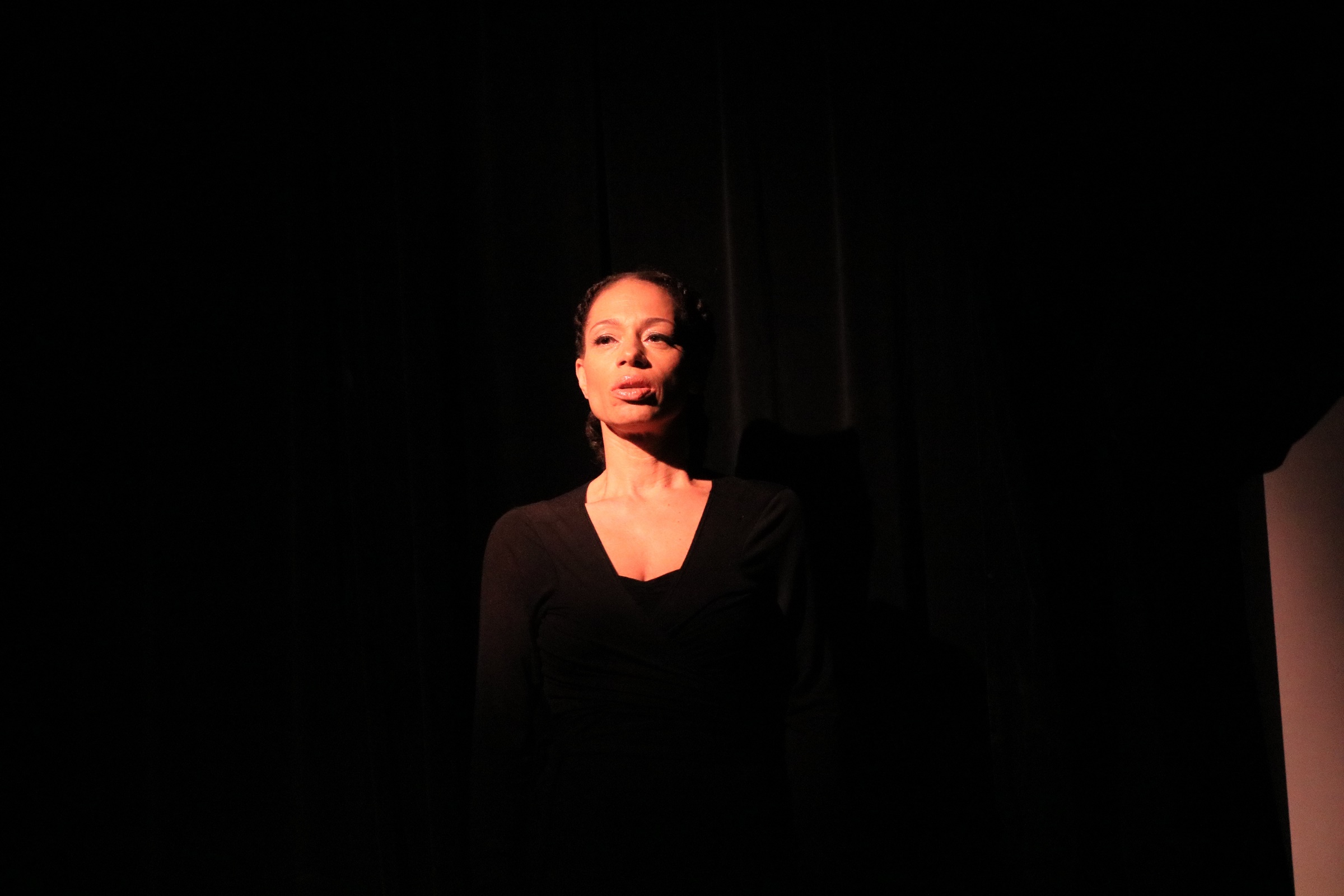 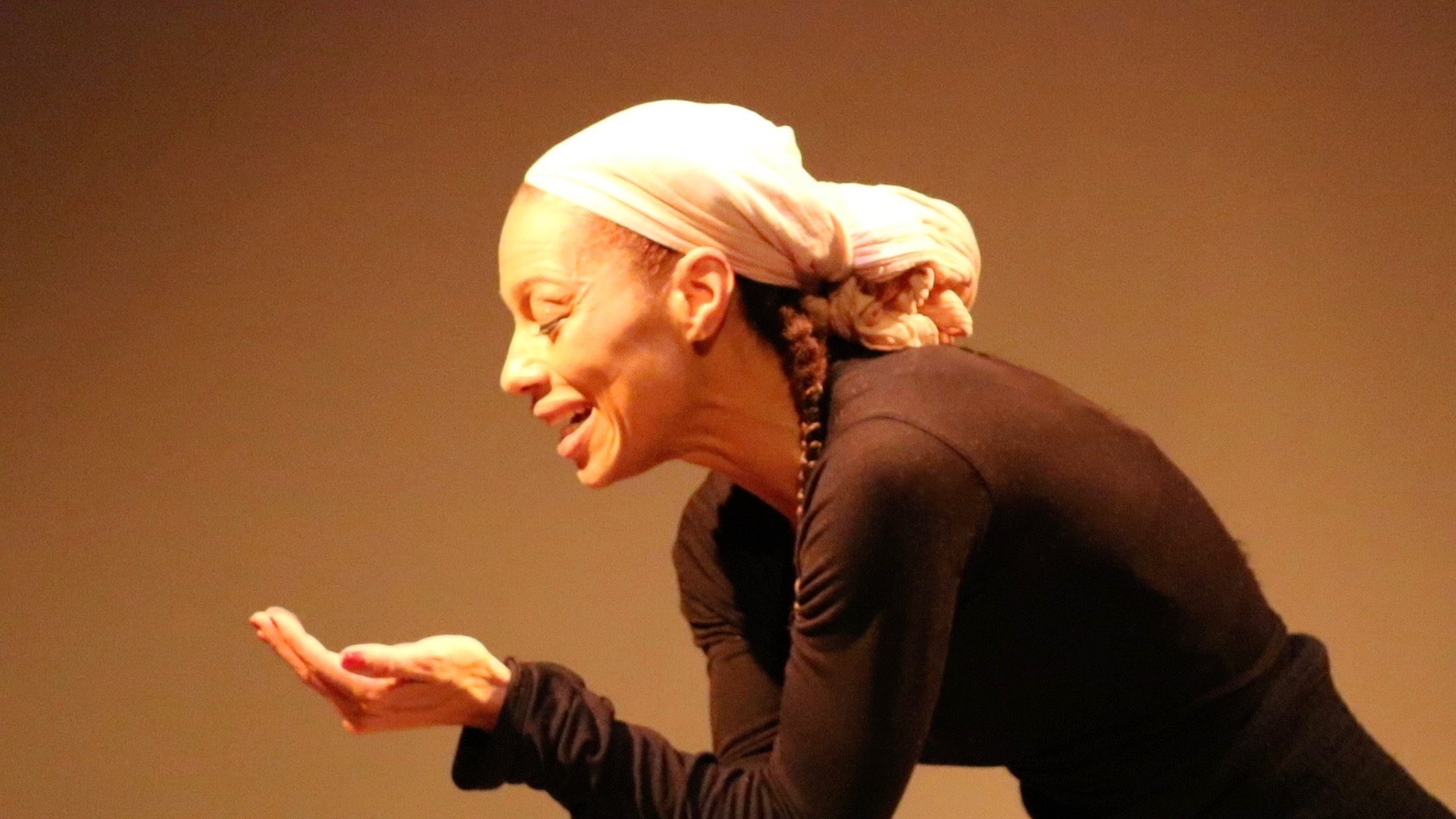